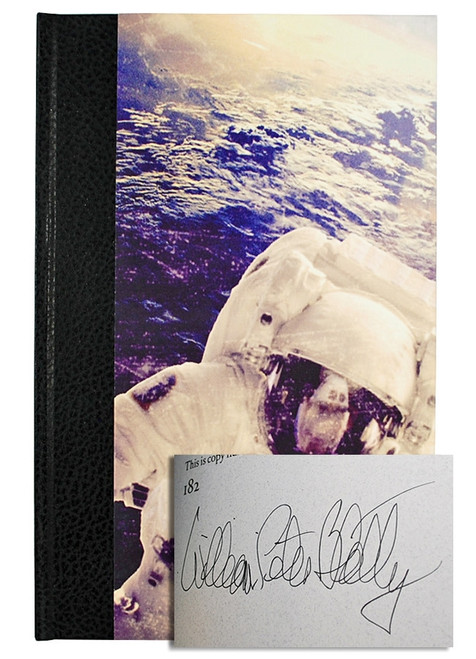 Published in 1967, and then extensively revised and published again in 1978, The Ninth Configuration is a fascinating look at madness, philosophy, and the nature of religious belief, the second part of William Peter Blatty’s ‘Trilogy of Faith,’ which also comprises The Exorcist and Legion. Both Twinkle, Twinkle ‘Killer’ Kane and The Ninth Configuration have been out of print for decades, but now they see new light in a handsome edition which combines both novels, with an introduction by Mark Kermode and a brief afterword by Blatty. Heavily illustrated, with two photographs of the author and a gallery of old paperback and hardcover editions.

The hardcover edition is limited to just 200 copies and each one is signed by William Peter Blatty. Bound in cloth with a printed front panel by artist Elixio Flores. This is the definitive edition of this novel.

About The Ninth Configuration


Hidden away in a brooding Gothic manor in the deep woods is Center Eighteen, a secret military "rest camp" currently housing twenty-seven inmates, all officers who have succumbed to a sudden outbreak of mental illness. Have the men truly lost their minds, are they only pretending to be insane to avoid combat, or is some more sinister conspiracy at work?

Desperate for answers, the Pentagon has placed a brilliant Marine psychiatrist in charge of the base and its deranged occupants. A man of deep faith and compassion, Colonel Kane hopes to uncover the root of the men's bizarre obsessions. But as Center Eighteen descends into chaos, Kane finds the greatest challenge may be his own buried demons. . . .

The basis of an acclaimed 1980 film (also known as Twinkle, Twinkle, "Killer" Kane), William Peter Blatty's The Ninth Configuration is a thought-provoking, blackly comic journey into the heart of madness―and the outer limits of belief.

"Unforgettable. One of the funniest, most hauntingly serious and best novels of the year." The Fort Wayne News-Sentinel

"Tender and touching." The Fresno Bee

"Suspenseful... An ending that will haunt you." The Oklahoma City Oklahoman

"Nobody can write funnier lines than William Peter Blatty." Martin Levin in The New York Times

"A work of extraordinary imagination." Springfield News and Leader

"Tender and touching." The Fresno Bee

"Suspenseful... An ending that will haunt you." The Oklahoma City Oklahoman Read more

William Peter Blatty (1928-2017), the writer of numerous novels and screenplays, is best known for his mega-bestselling novel The Exorcist, deemed by the New York Times Book Review to be "as superior to most books of its kind as an Einstein equation is to an accountant's column of figures." An Academy Award winner for his screenplay for The Exorcist, Blatty is not only the author of one of the most terrifying novels ever written, but, paradoxically, also cowrote the screenplay for the hilarious Inspector Clouseau film, A Shot in the Dark. New York Times reviewers of his early comic novels noted, "Nobody can write funnier lines than William Peter Blatty," describing him as "a gifted virtuoso who writes like S. J. Perelman."

Very Fine. As New as if normally shipped by the publisher. The condition is of the highest quality without any flaws. It is free of any marks, writings, or stamps. There are no bookplates attached or indication of any removed. A wonderful bright clean copy.