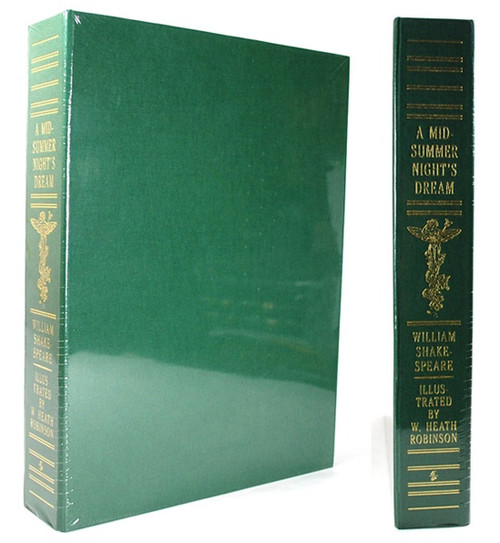 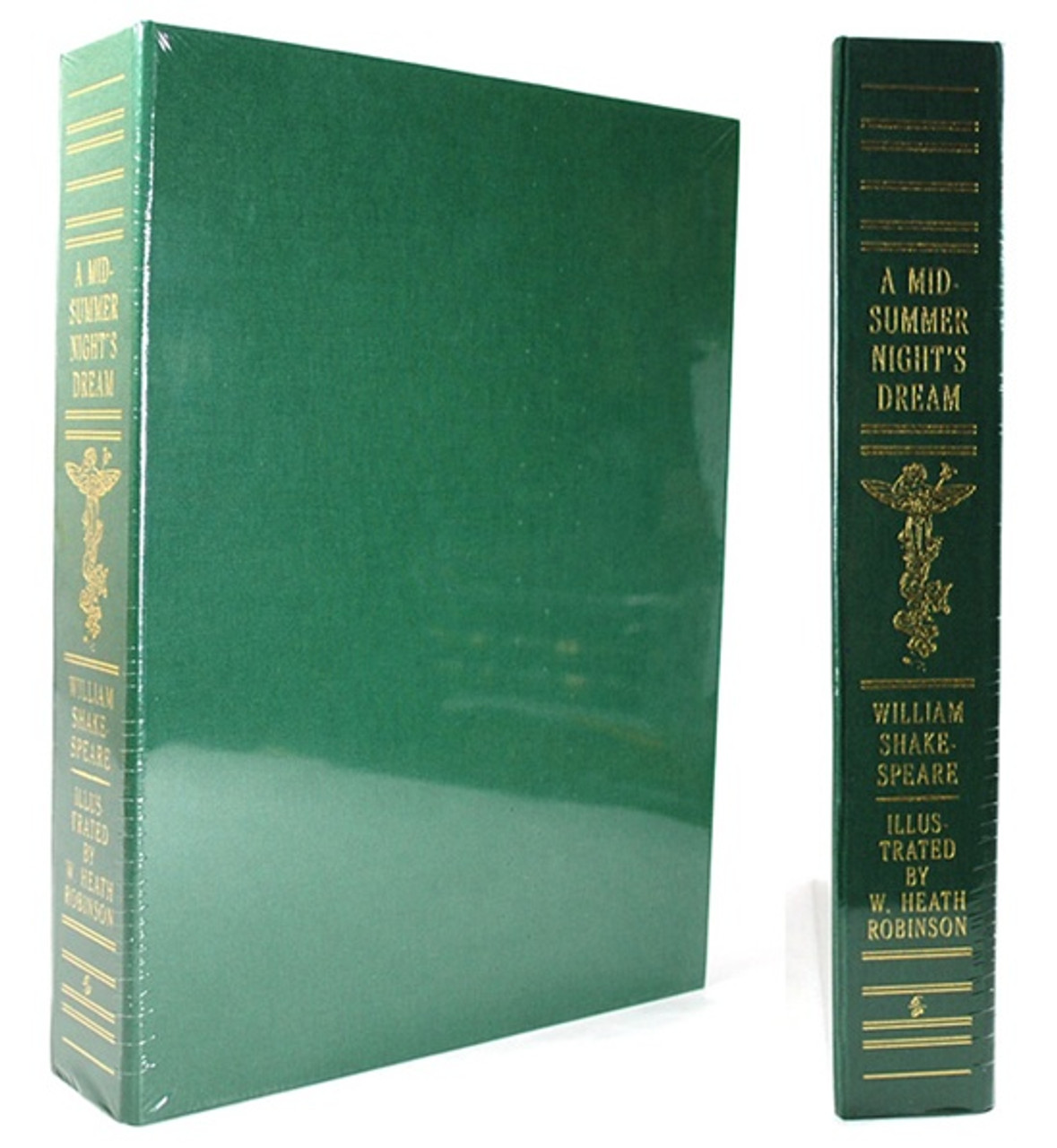 A Rare Luxurious Deluxe Limited Edition for Your Shakespeare Library
A unique Limited Edition - Collector's Edition. A great unique Shakespeare gift for yourself or for a loved one. Limited to only 250 copies of this illustrated over-sized edition. This volume contains the original 1914 illustrations by William Heath Robinson. In addition to the complete text of A Midsummer Night's Dream, it also includes 12 full-color plates by the illustrator. Each one is hand-mounted on de-bossed pages that are stamped in gold. They are also protected with guards made from tissue paper. Certificate of Authenticity included within.


A beautiful book, of the romantic play by Shakespeare. His plays have been translated into every major living language and are performed more often than those of any other playwright.

Condition
Sealed. Very Fine. The condition is of the highest quality. A wonderful bright clean copy. Free of markings, writings, or stamps. No attached bookplates or indication of any removed. Unread. A true classic for your home library or office. Includes unattached Ex-Libris bookplate for your own personalization.

William Shakespeare was an English poet and playwright, widely regarded as the greatest writer in the English language and the world's pre-eminent dramatist. He is often called England's national poet and the "Bard of Avon". His surviving works, including some collaborations, consist of about 38 plays, 154 sonnets, two long narrative poems, and several other poems. His plays have been translated into every major living language and are performed more often than those of any other playwright.

A Midsummer Night's Dream is a comedy by William Shakespeare. It is believed to have been written around 1594 to 1596. It portrays the events surrounding the marriage of the Duke of Athens, Theseus, and the Queen of the Amazons, Hippolyta. These include the adventures of four young Athenian lovers and a group of amateur actors, who are manipulated by the fairies who inhabit the forest in which most of the play is set. The play is one of Shakespeare's most popular works for the stage and is widely performed across the world.

open sesame....The Complete Arabian Nights - Uncut and Uncensored. A beautiful set that will make a great addition to any library.This is the original 17 volume translation by Sir Richard Francis...