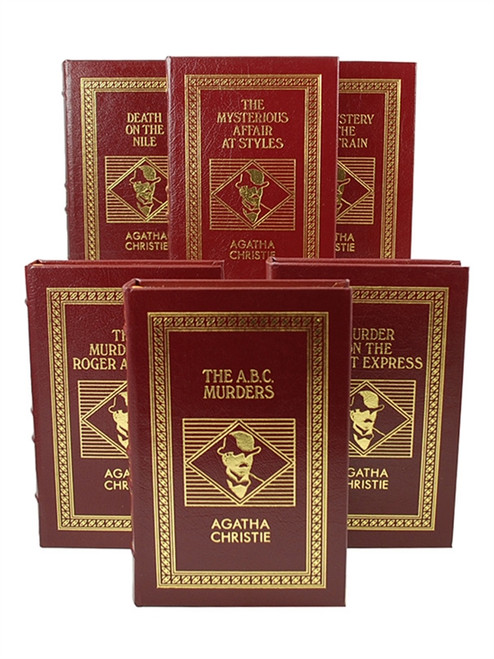 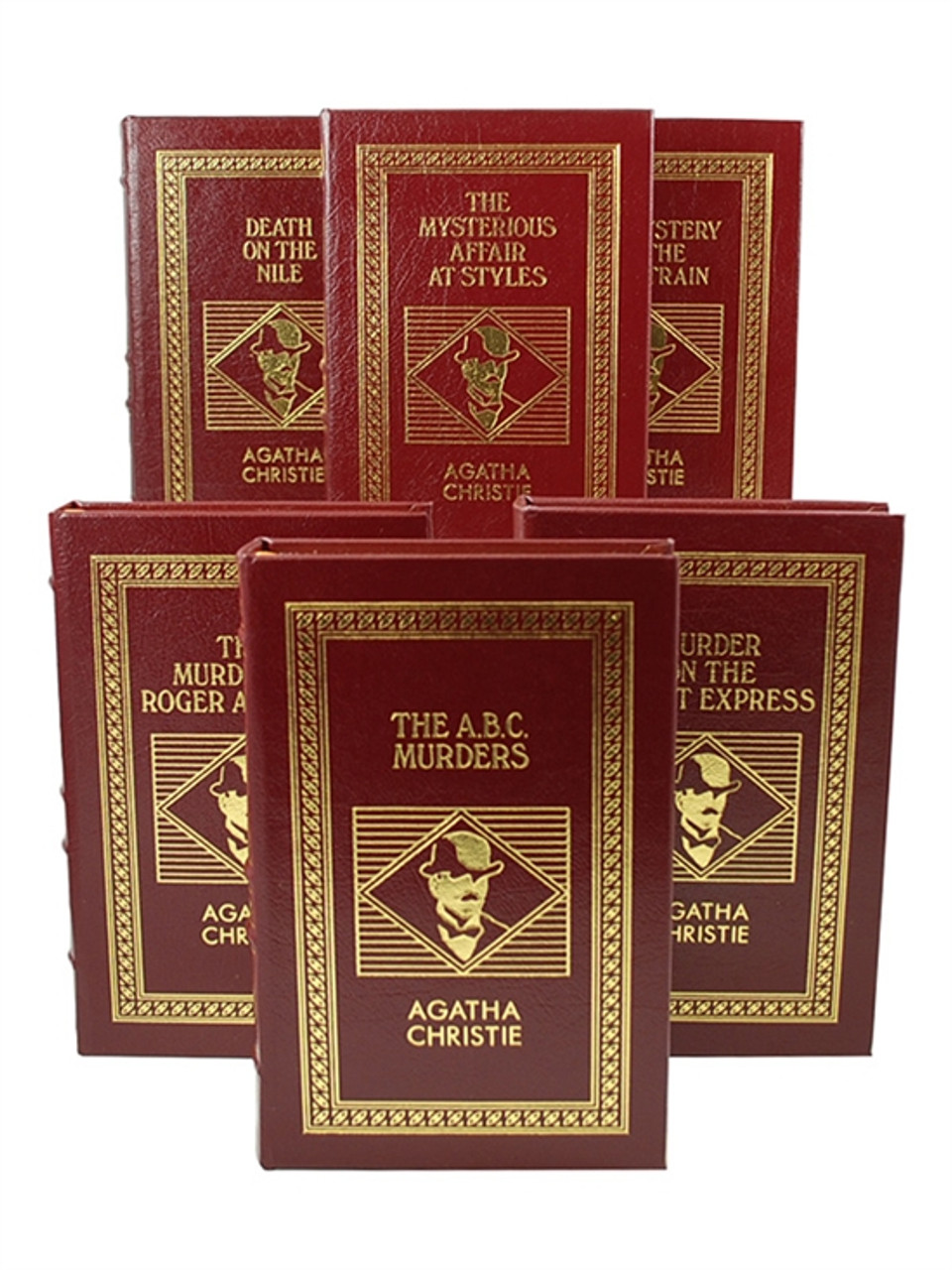 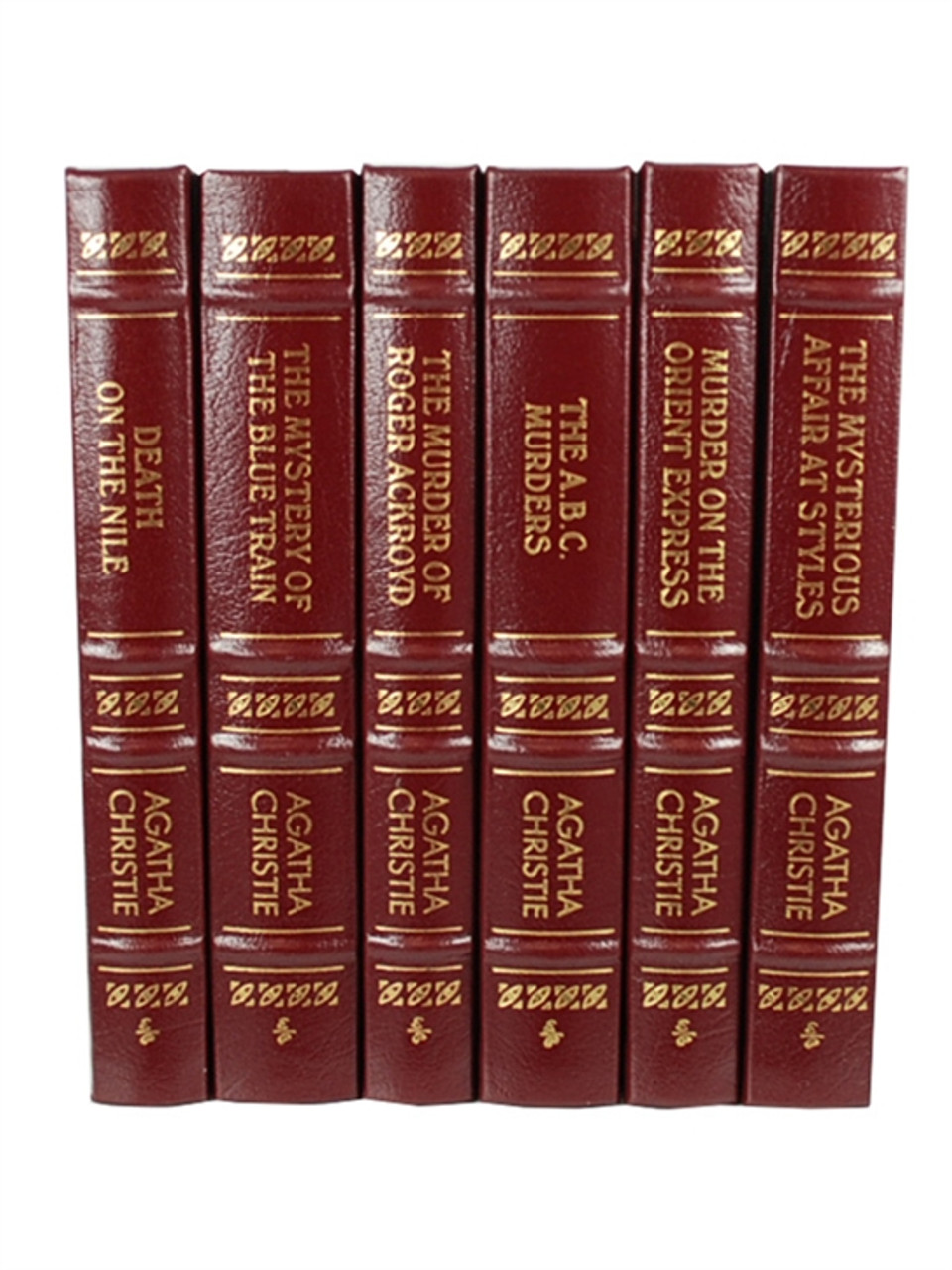 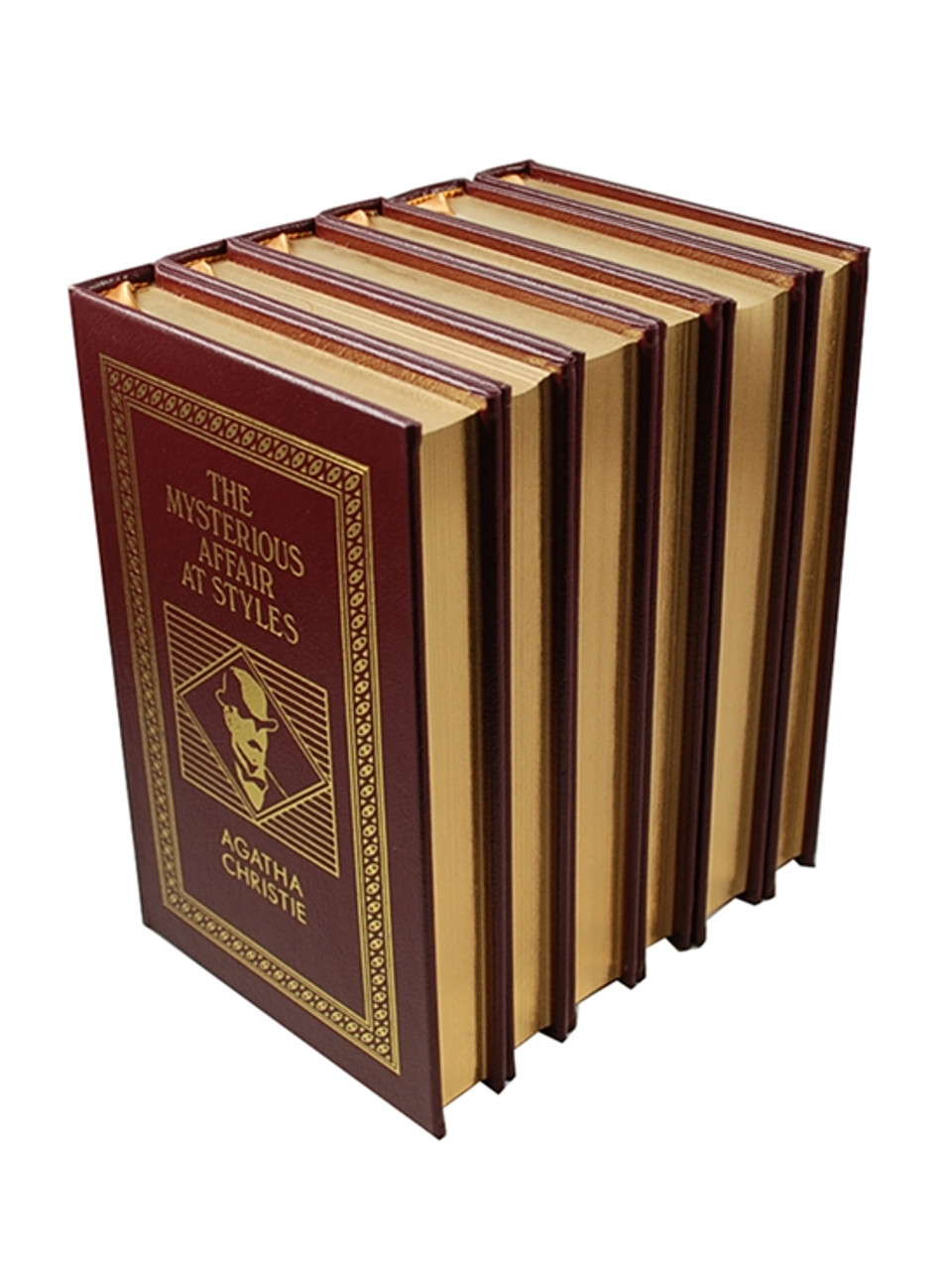 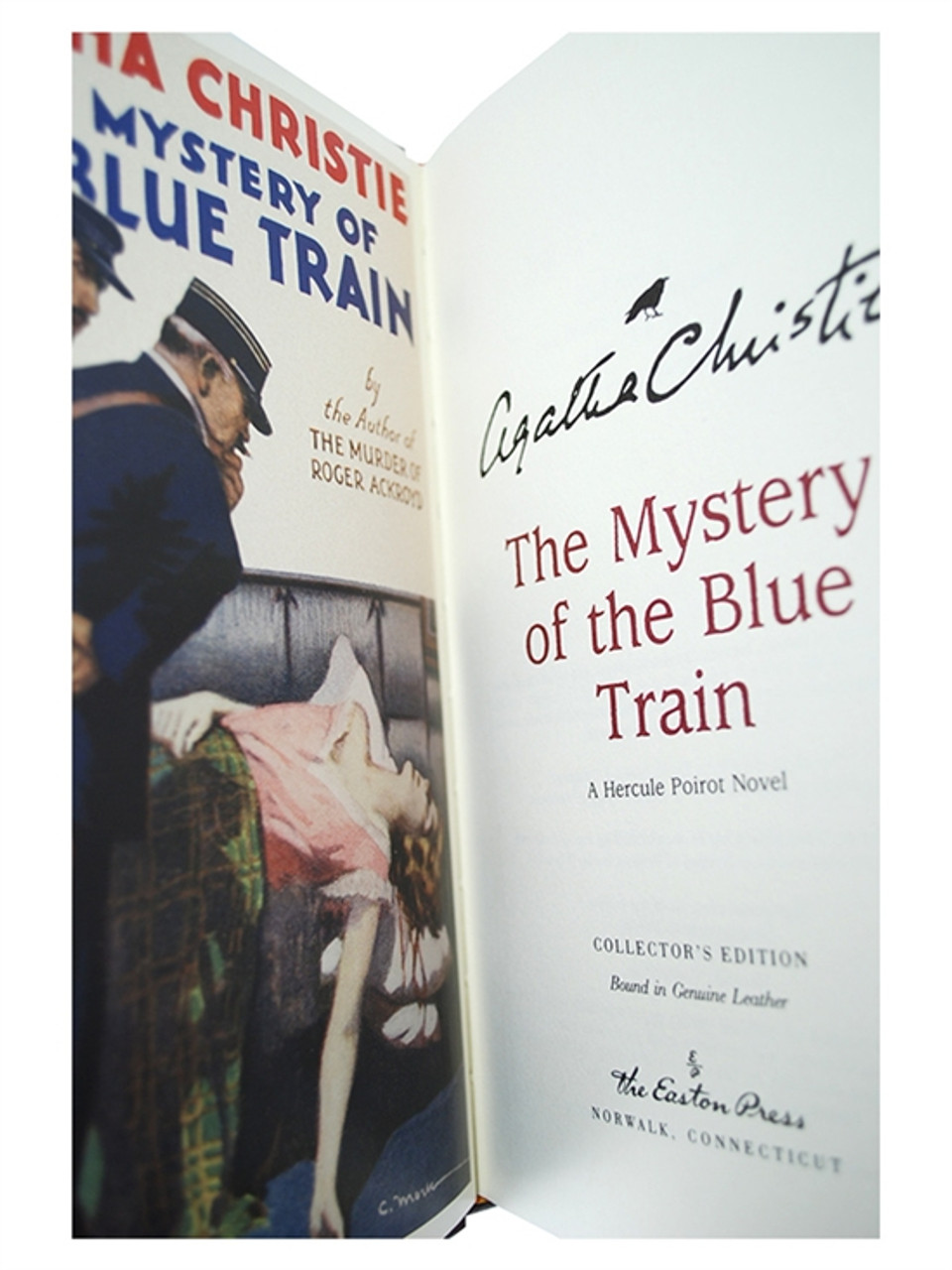 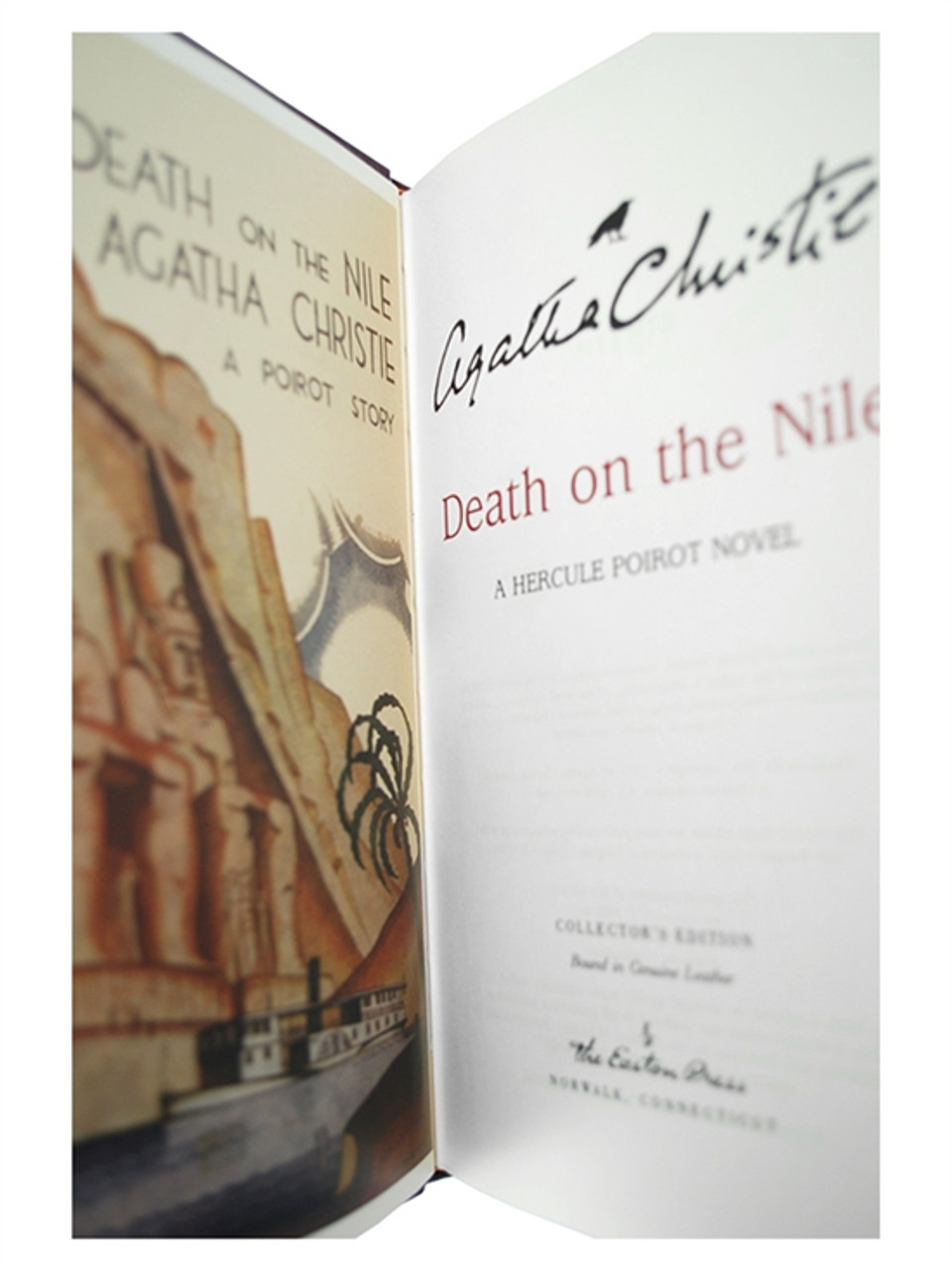 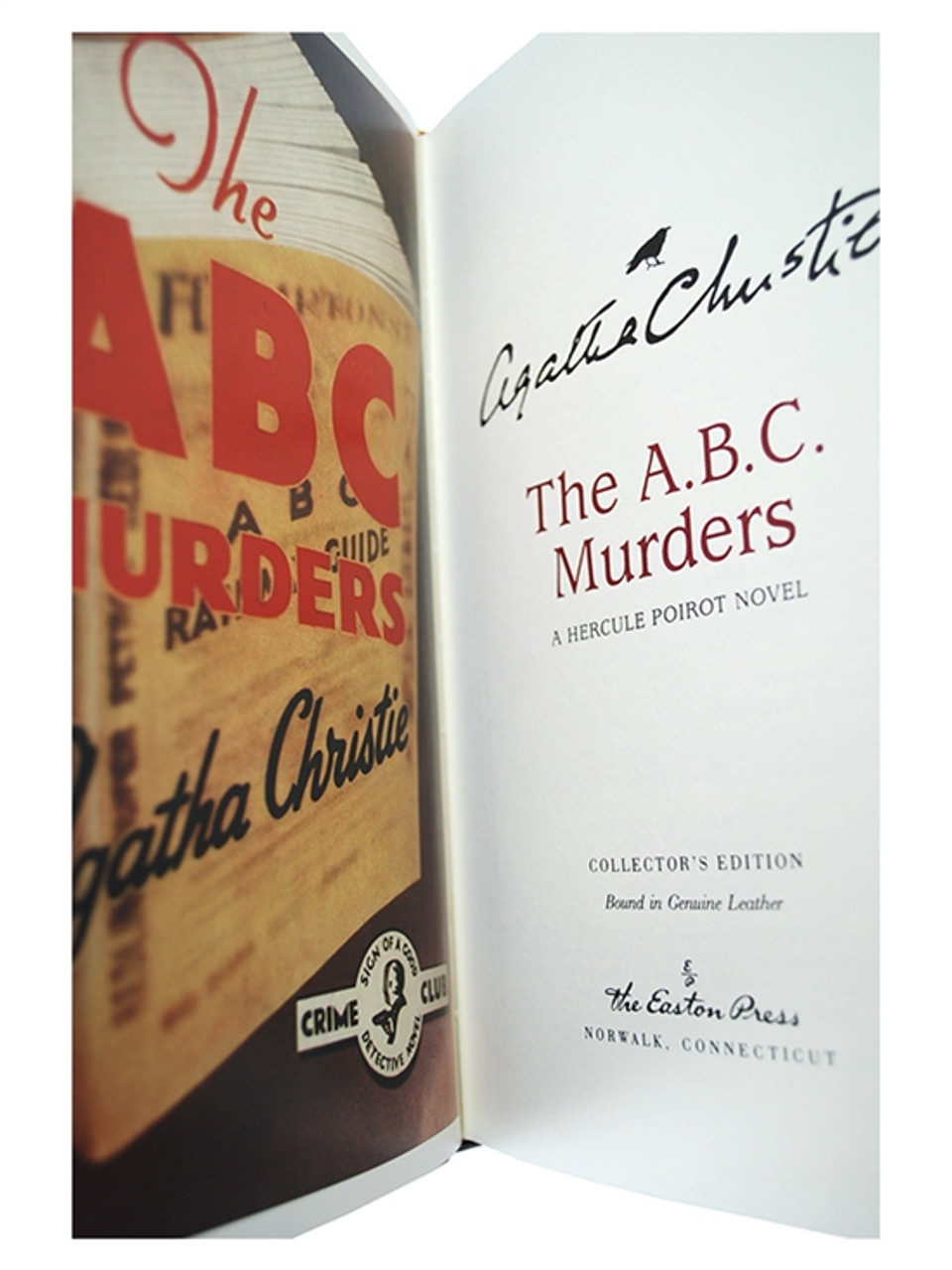 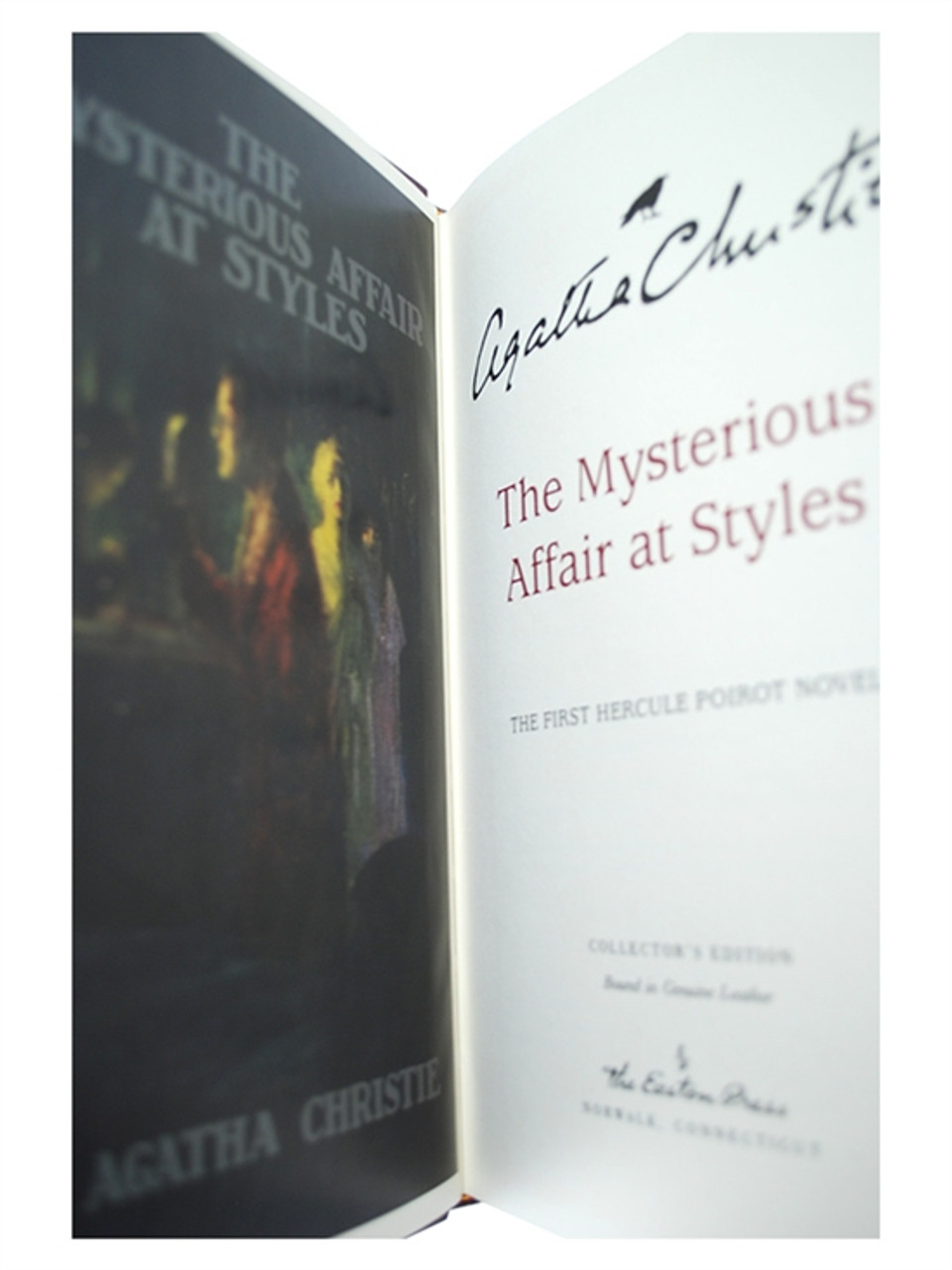 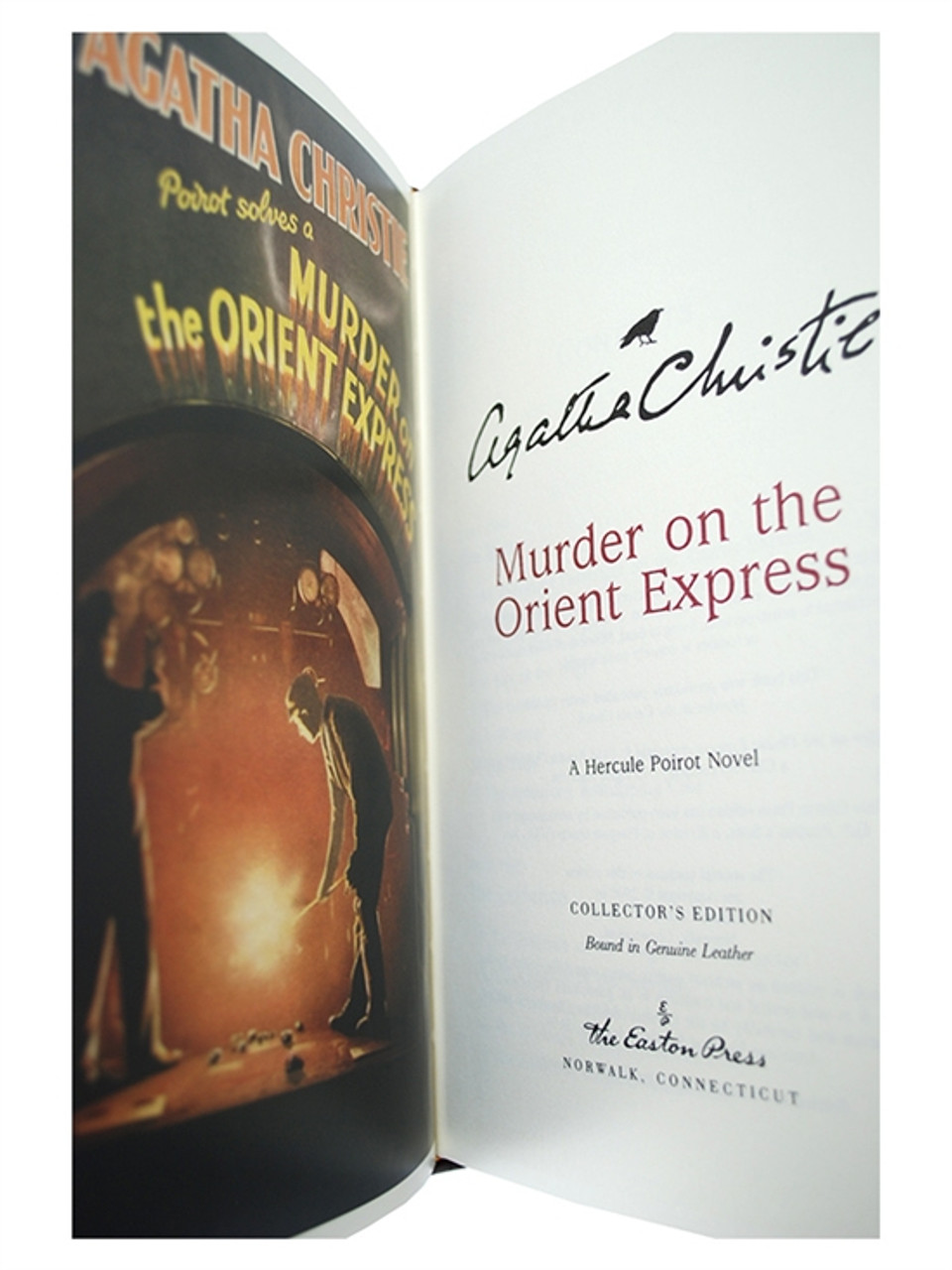 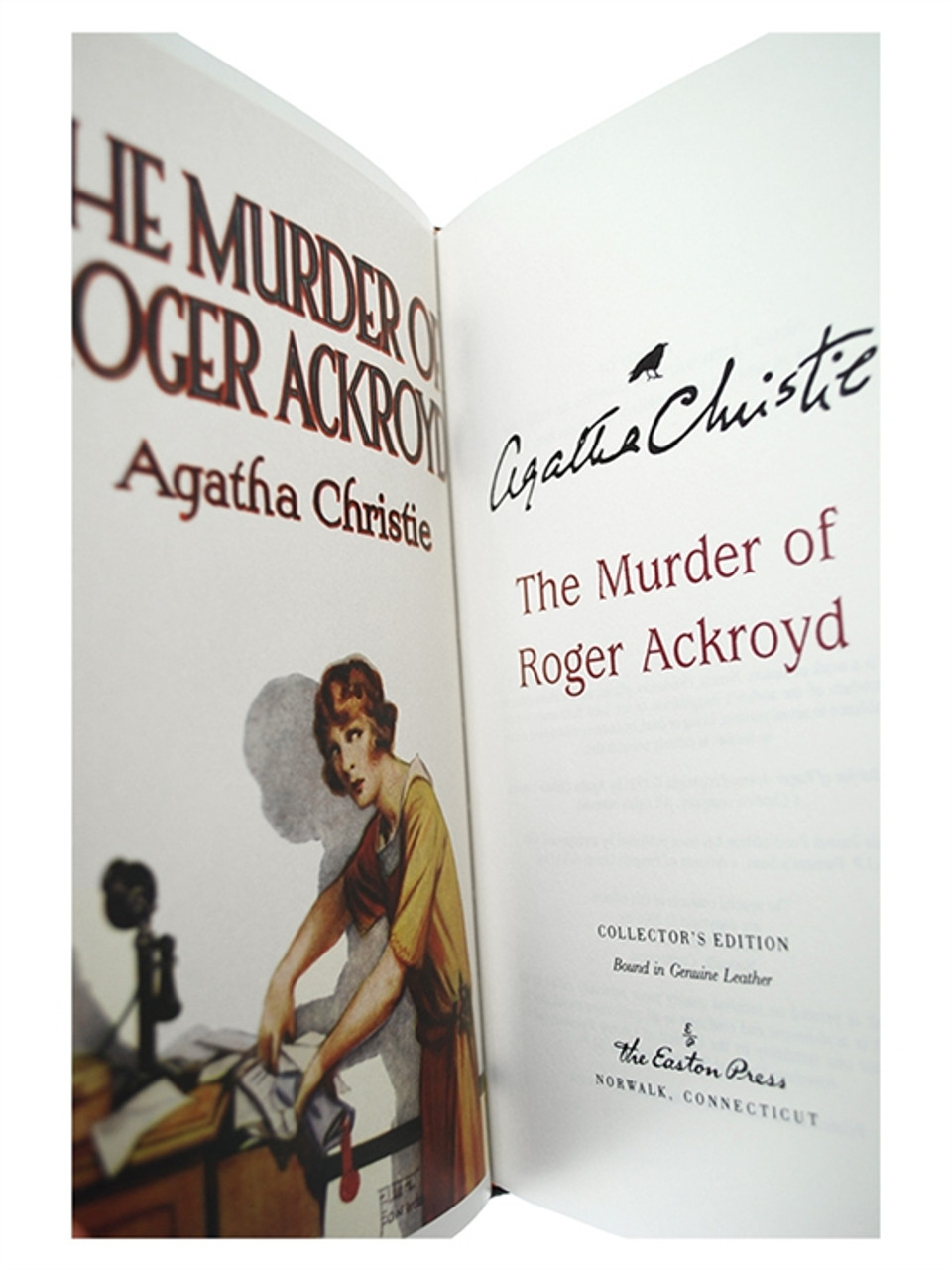 Among the greatest mystery novels of all time. A beautiful set to display in your home library or office.

Cracking case after case with his constantly working "little grey cells," Hercule Poirot is one of the most famous characters ever created. Now, you can enjoy the tiny Belgian detective's best-known adventures in a magnificent leather-bound set. Each volume features a brilliantly restored frontispiece of the original first-edition UK dust jacket art.


Hercule Poirot is a fictional Belgian detective, created by Agatha Christie. Poirot is one of Christie's most famous and long-lived characters, appearing in 33 novels, one play (Black Coffee), and more than 50 short stories published between 1920 and 1975.

Dame Agatha Mary Clarissa Christie, DBE (n�e Miller; 15 September 1890 � 12 January 1976) was an English crime novelist, short story writer, and playwright. She also wrote six romances under the name Mary Westmacott, but she is best known for the 66 detective novels and 14 short story collections she wrote under her own name, most of which revolve around the investigations of such characters as Hercule Poirot, Miss Jane Marple, Mr Satterthwaite, and Tommy and Tuppence. She also wrote the world's longest-running play, The Mousetrap.

Born into a wealthy upper-middle-class family in Torquay, Devon, Christie served in a hospital during the First World War, before marrying and starting a family in London. She was initially unsuccessful at getting her work published; but in 1920 The Bodley Head press published her novel The Mysterious Affair at Styles, featuring the character of Poirot. This launched her literary career.

The Guinness Book of World Records lists Christie as the best-selling novelist of all time. Her novels have sold roughly 2 billion copies, and her estate claims that her works come third in the rankings of the world's most-widely published books, behind Shakespeare's works and the Bible. According to Index Translationum, Christie is the most-translated individual author � having been translated into at least 103 languages. And Then There Were None is Christie's best-selling novel with 100 million sales to date, making it the world's best-selling mystery ever, and one of the best-selling books of all time. In 1971, she was made a Dame by Queen Elizabeth II at Buckingham Palace. In 2013, The Murder of Roger Ackroyd was voted the best crime novel ever by 600 fellow writers of the Crime Writers' Association.

Christie's stage play The Mousetrap holds the record for the longest initial run: it opened at the Ambassadors Theatre in London on 25 November 1952 and as of 2012 is still running after more than 25,000 performances. In 1955, Christie was the first recipient of the Mystery Writers of America's highest honour, the Grand Master Award, and in the same year Witness for the Prosecution was given an Edgar Award by the MWA for Best Play. Most of her books and short stories have been adapted for television, radio, video games and comics, and more than thirty feature films have been based on her work.

Each volume is Very Fine without any writings, stampings, or other markings or blemishes on interior or exterior. Flawless gilt page edges with no damaged corners. Unread with square and tight spines, as pictured.

"Richard Paul Evans' #1 New York Times bestseller The Christmas Box has become a holiday classic, a tale so touching that it continues to "tug families' heartstrings" (USA Today). His exquisite...

Easton Press, Norwalk, CT. The Adventure Classics, illustrated by N.C. Wyeth. A 14 volume complete matched set that is now OUT OF PRINT from the publisher. Full genuine leather bound collector's...