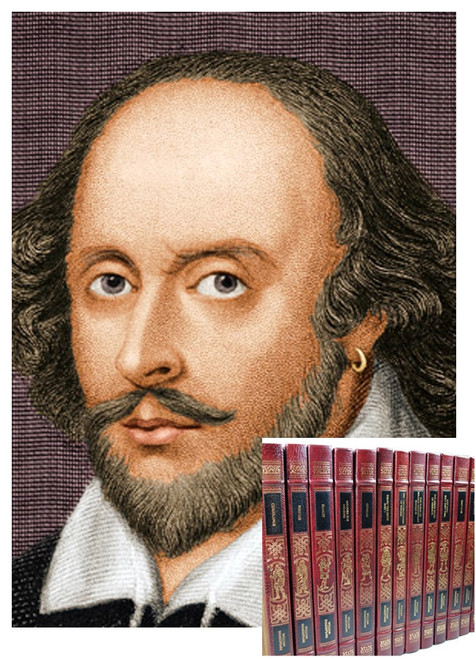 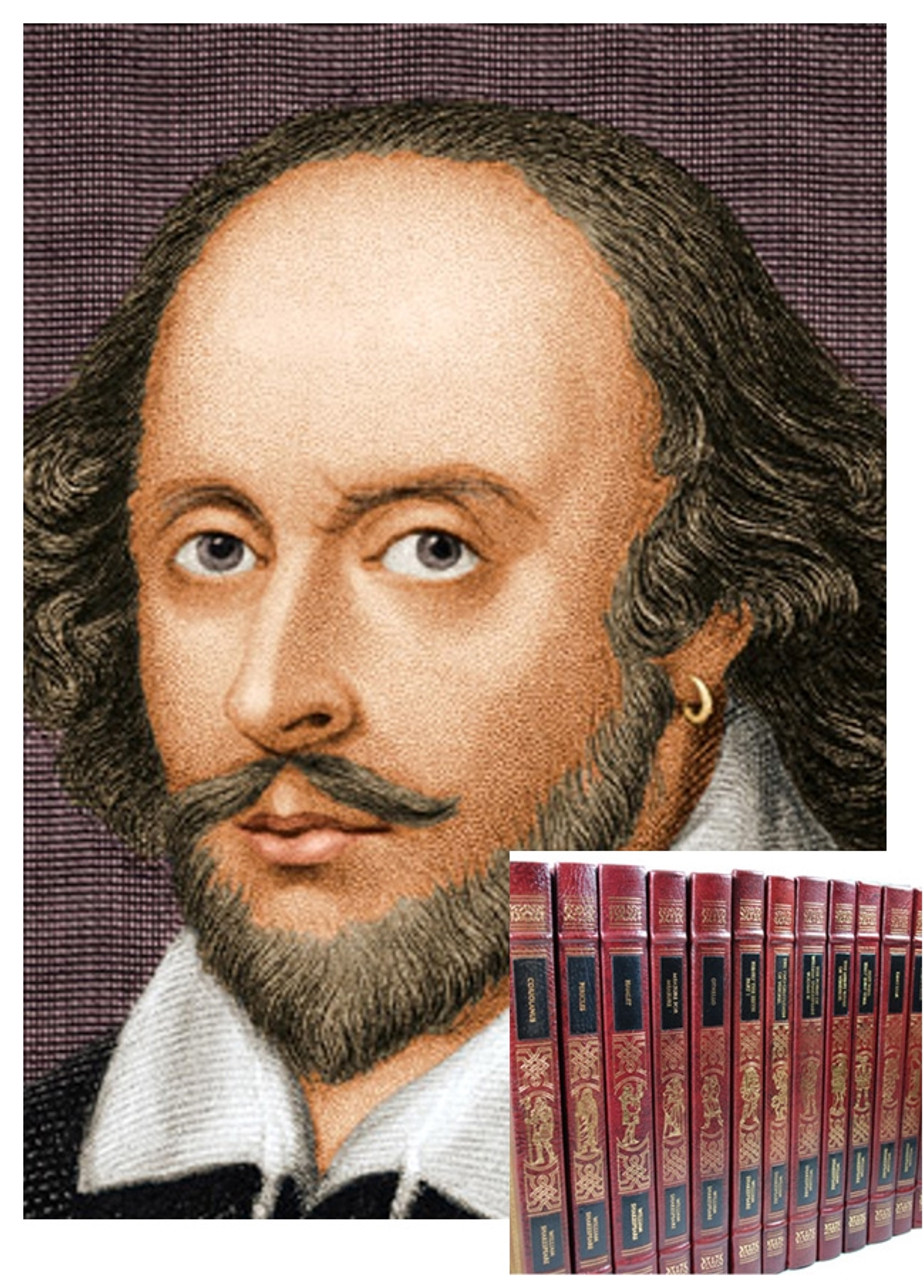 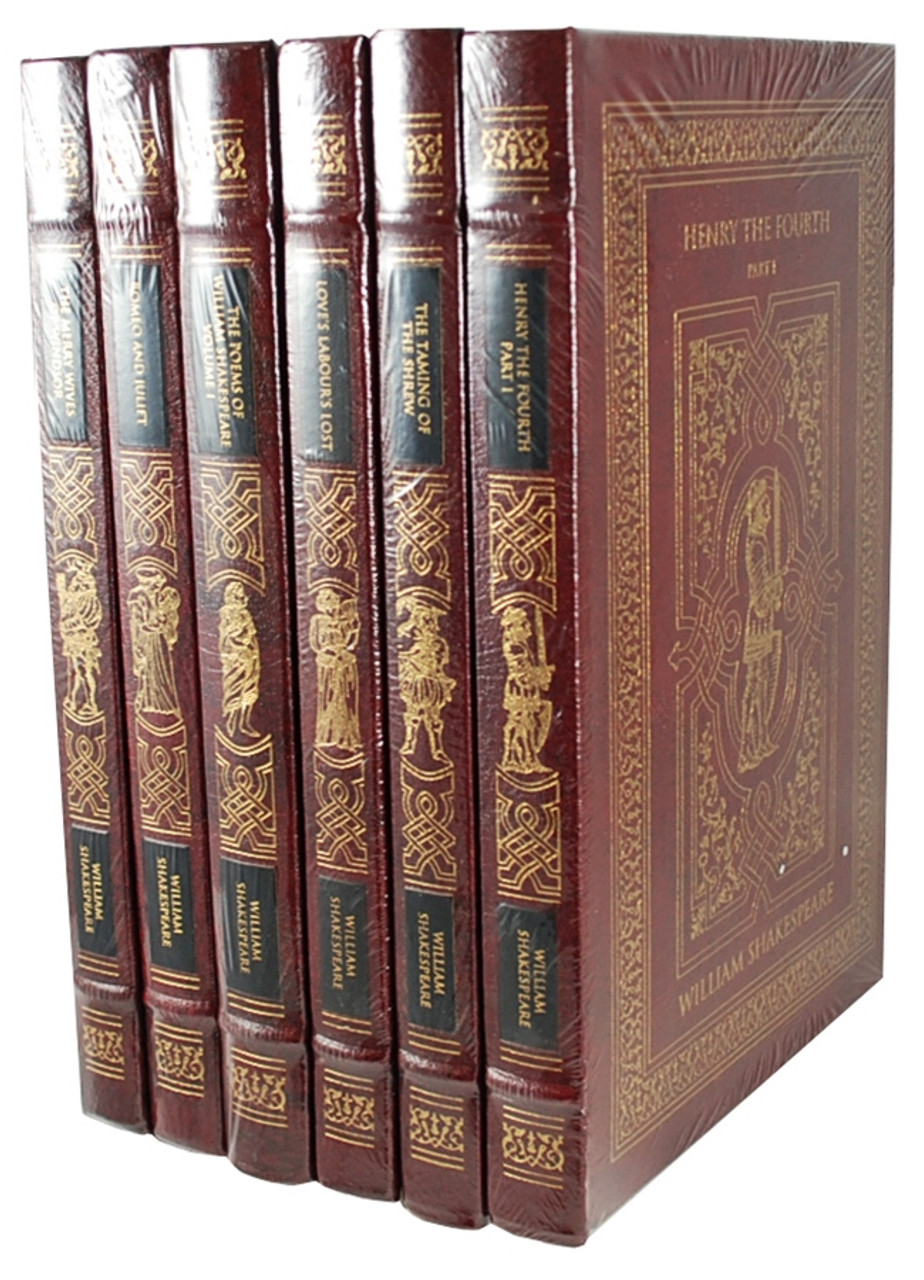 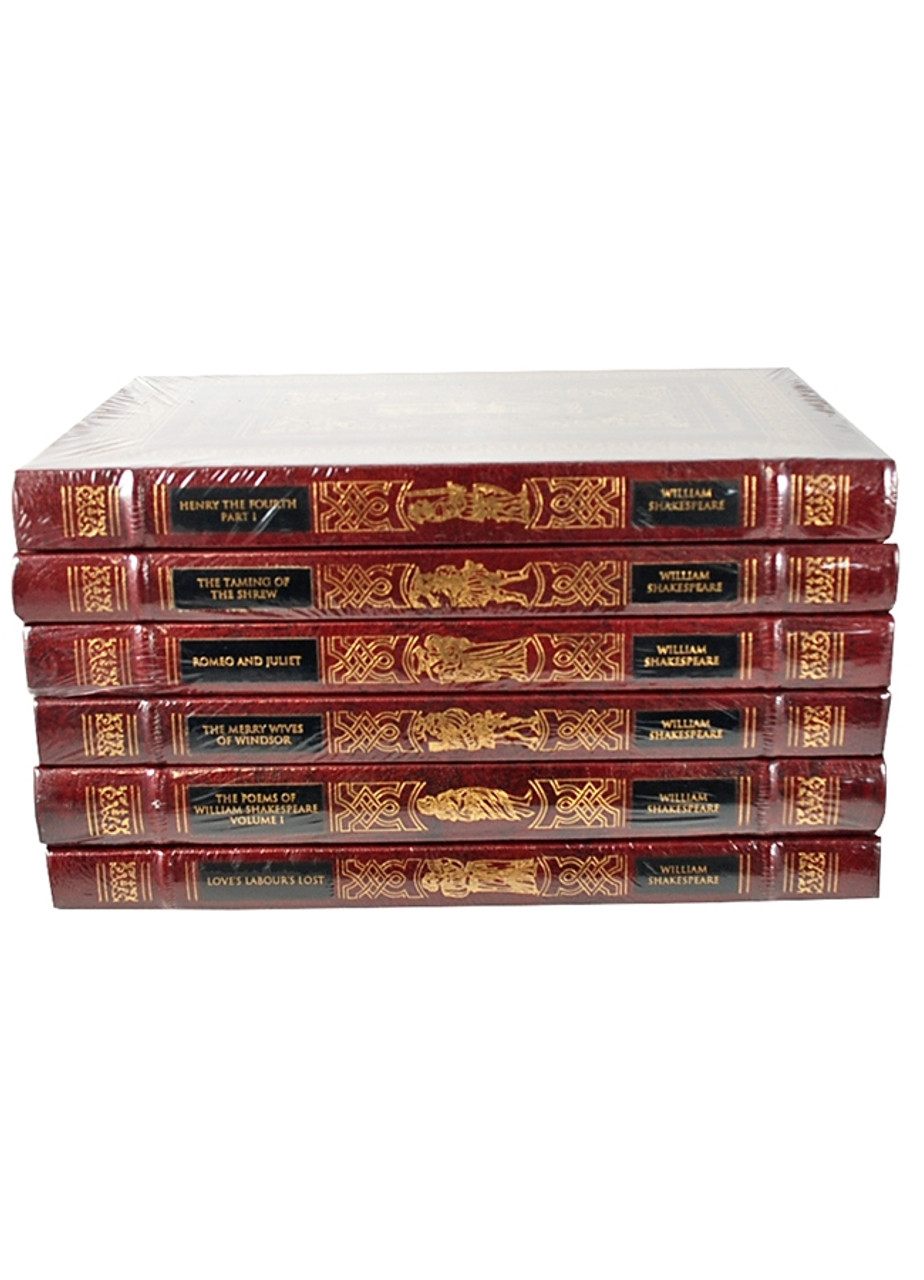 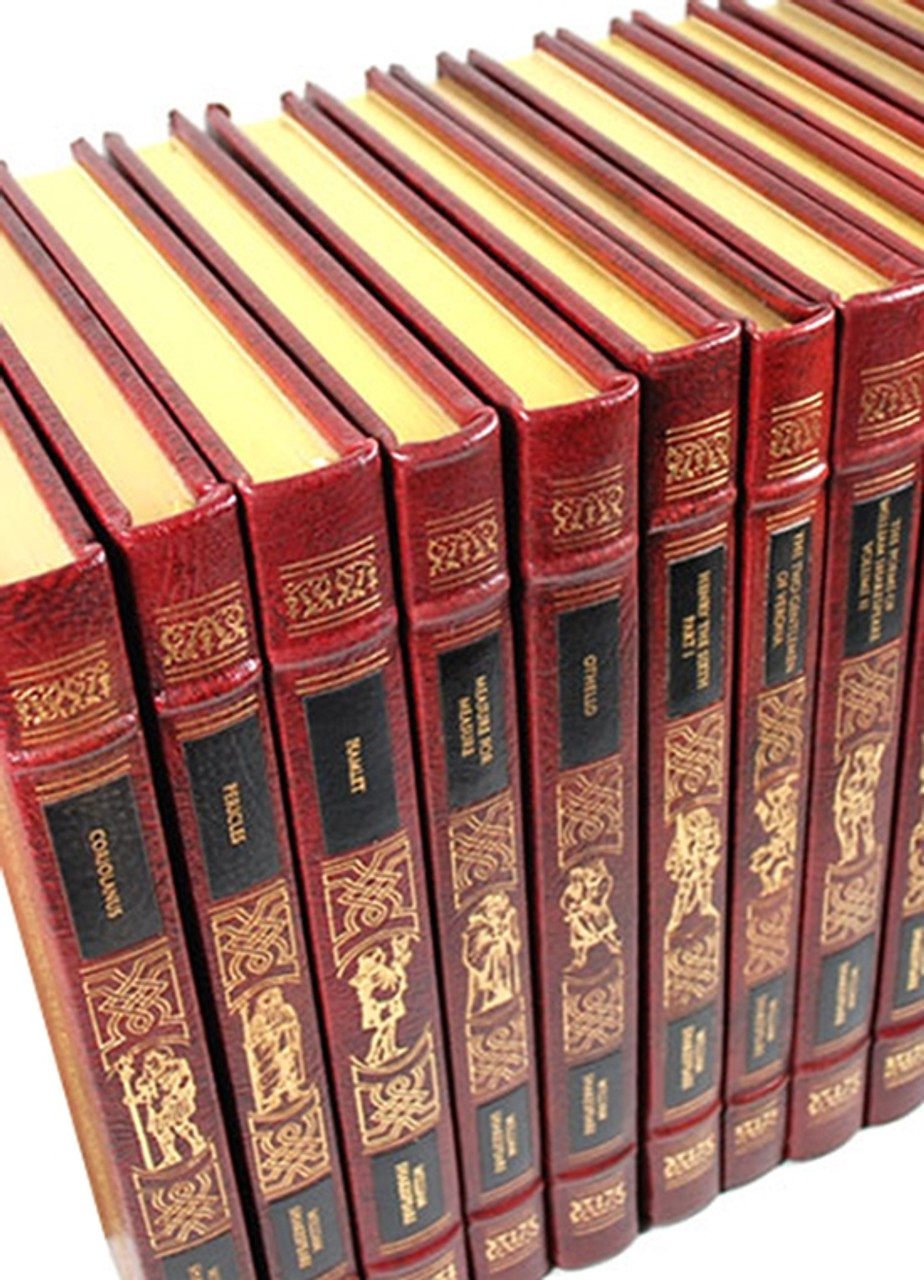 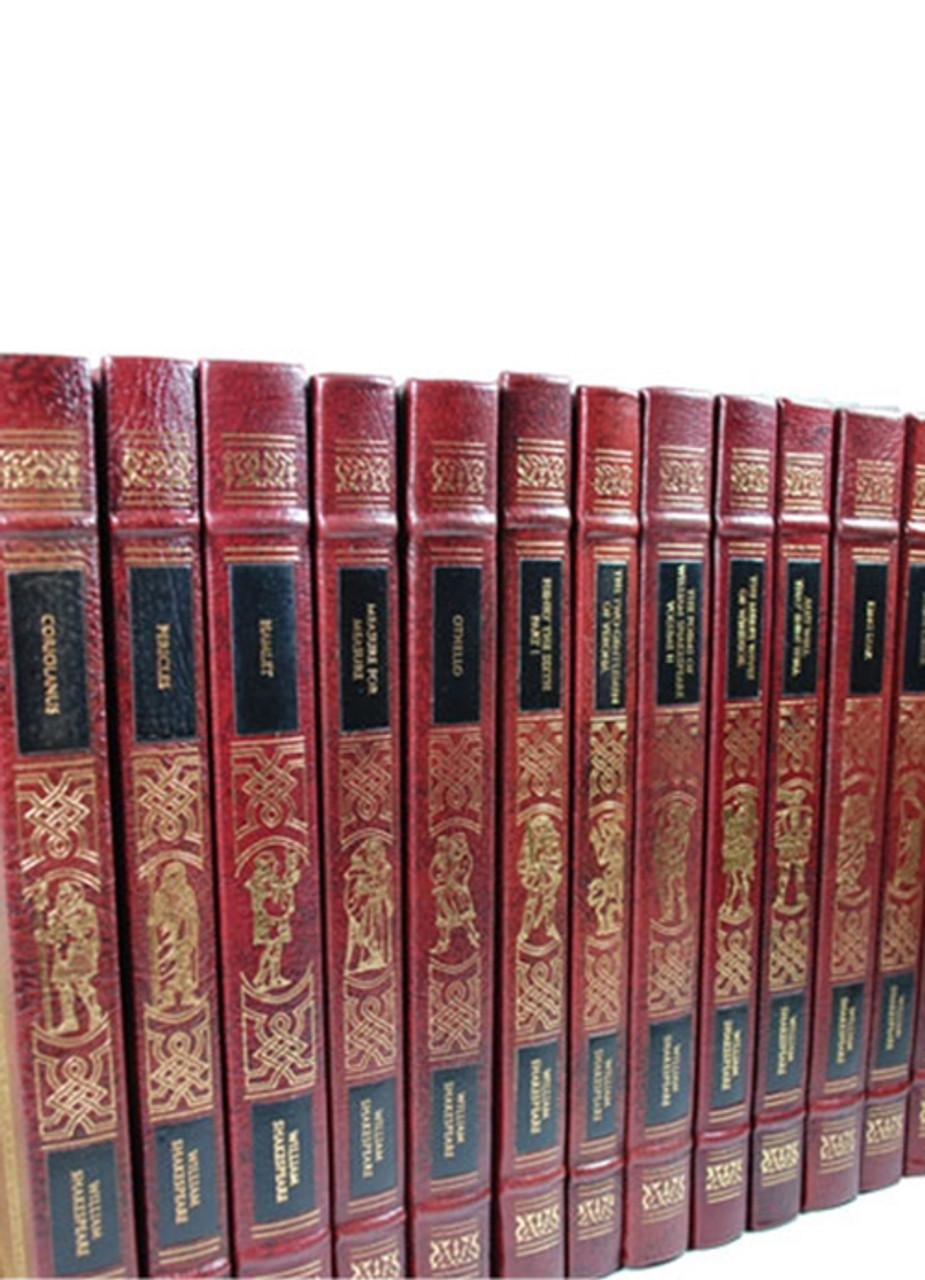 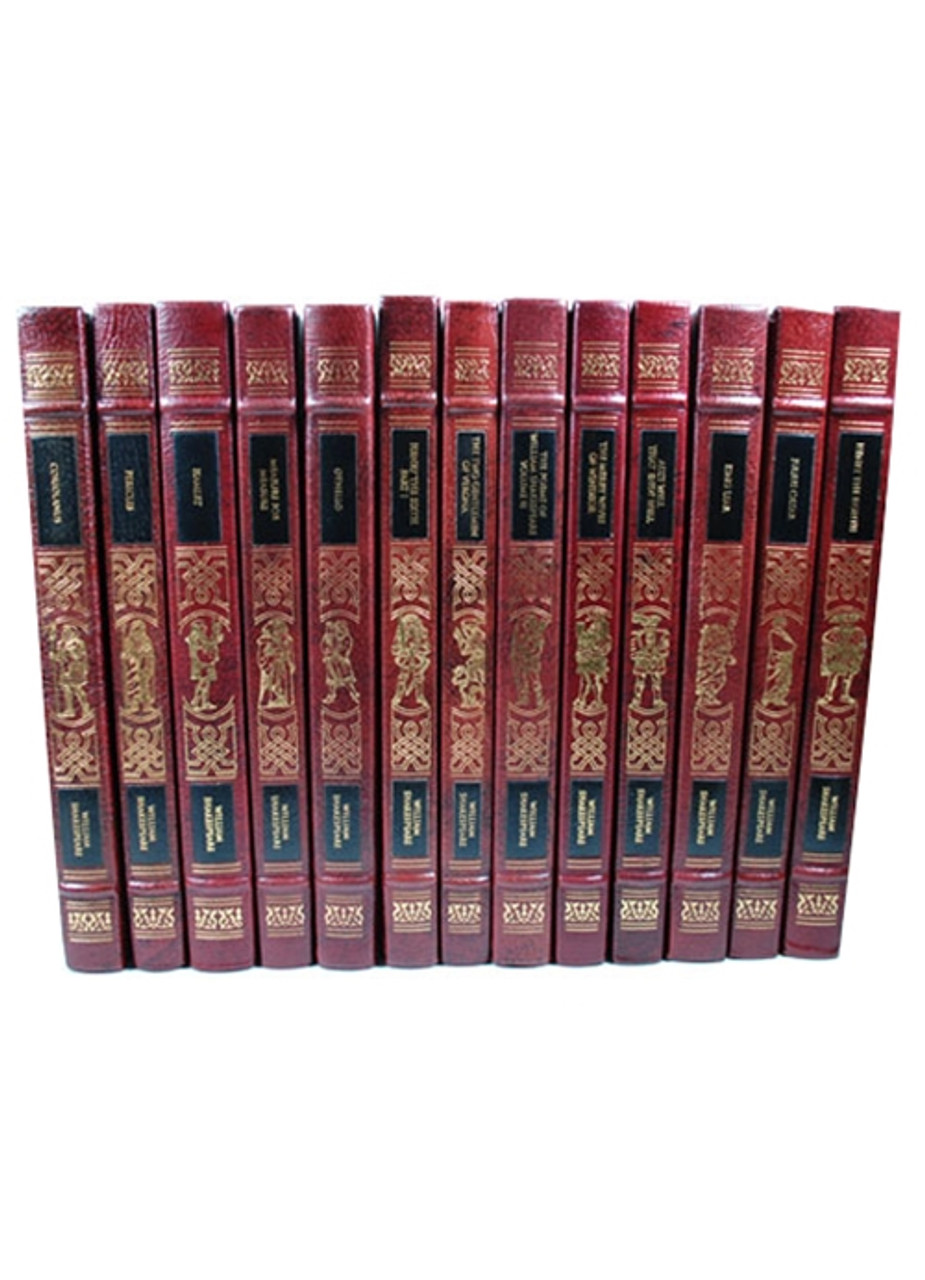 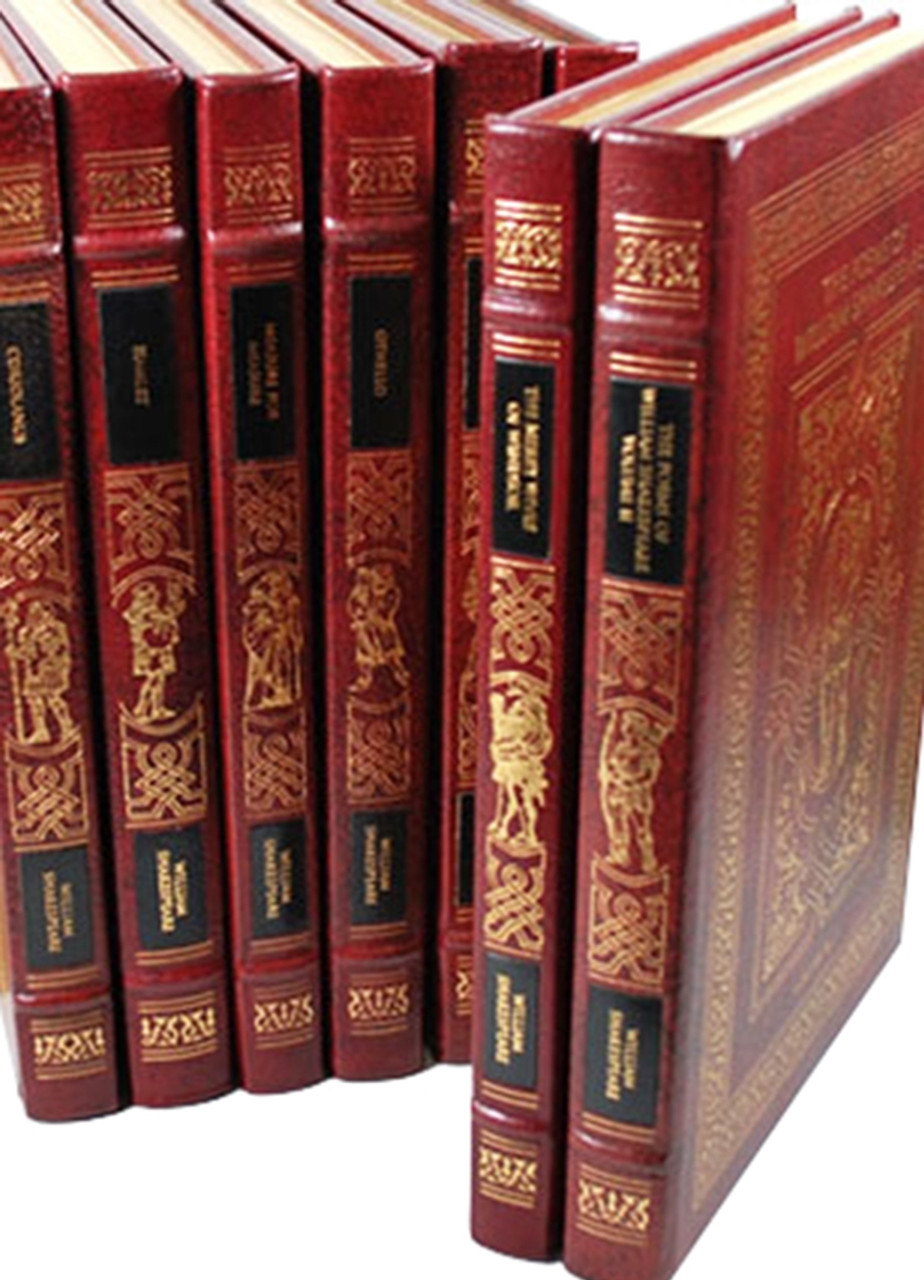 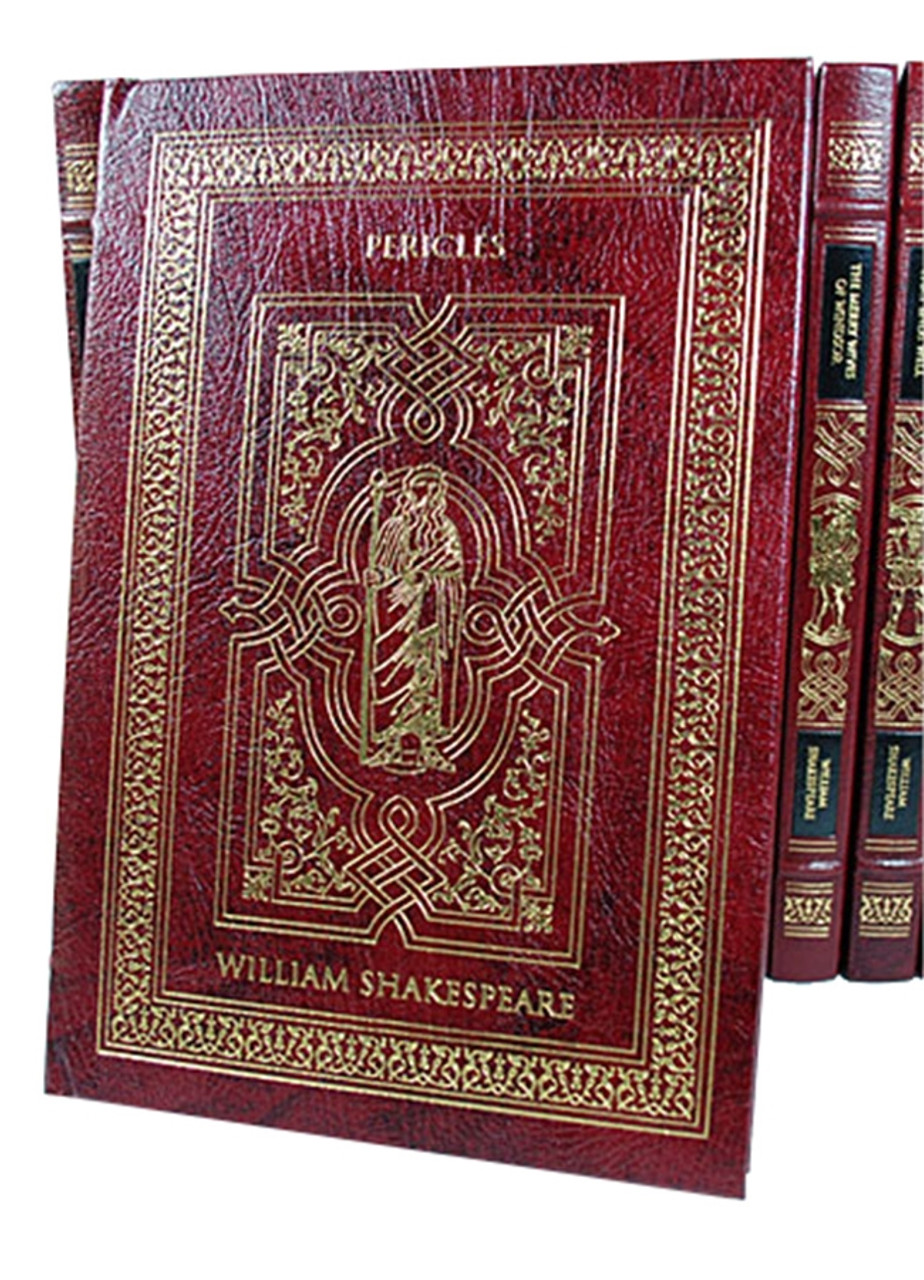 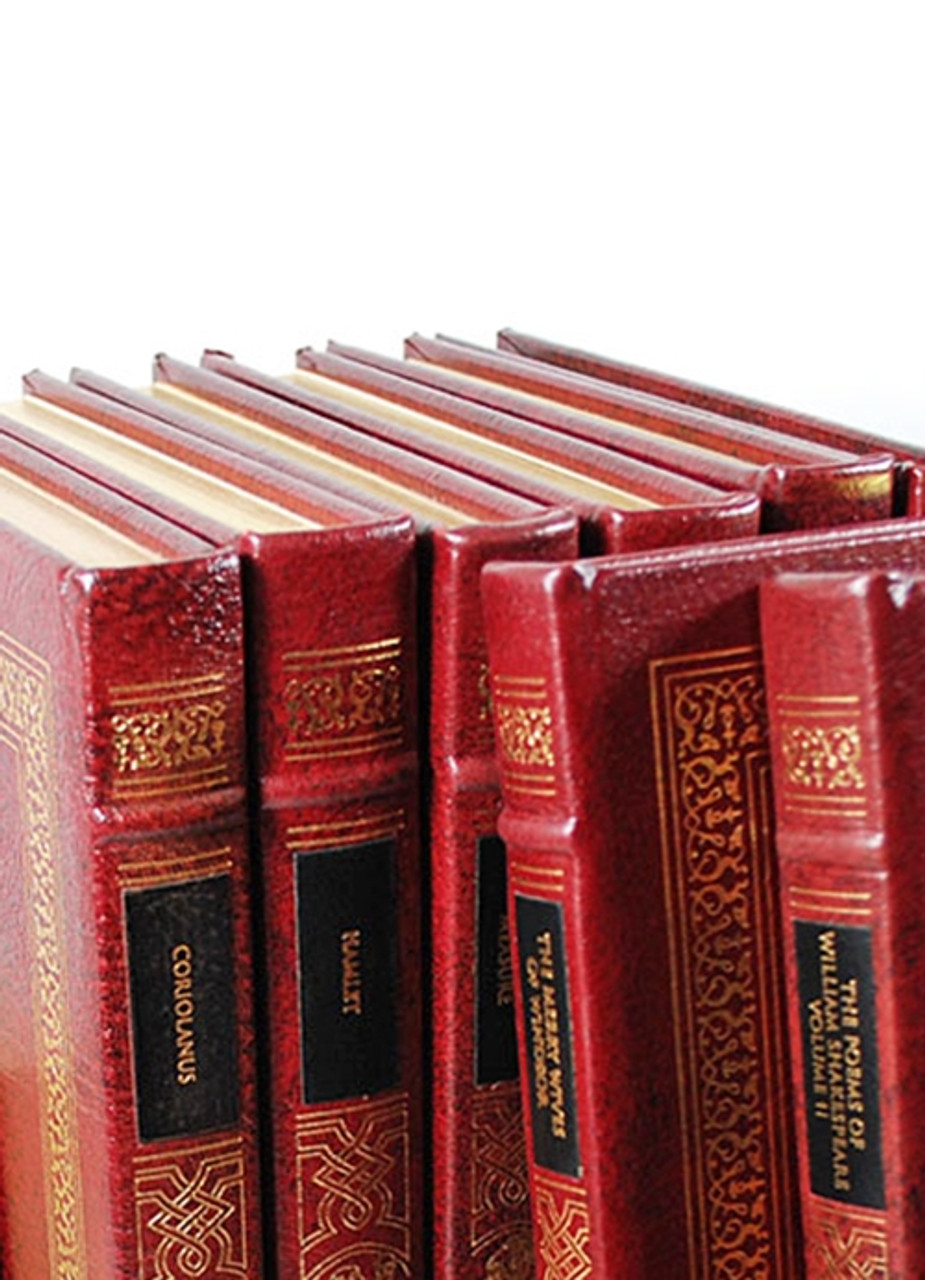 The Ultimate Leather Bound Heirloom Collection for the Shakespeare Reader

A limited edition collector's set. A luxurious matching collection of 39 volumes. Each volumes has been luxuriously bound in gorgeous maroon premium leather, gilt decorated, and printed in a large and easy to read type font, each with full page color plates by a different well known illustrator of the golden age of illustration.

Included in this set are the following titles: 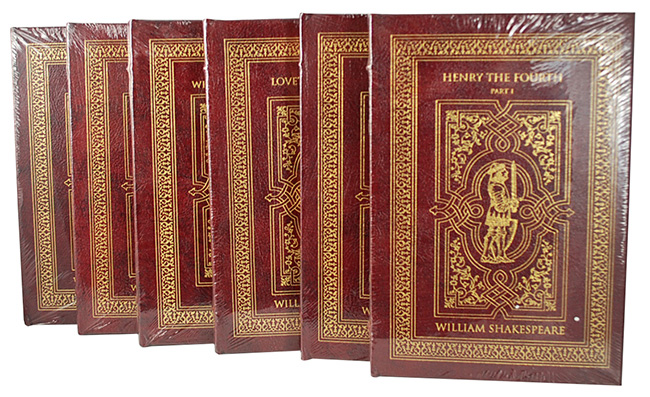 William Shakespeare was an English poet and playwright, widely regarded as the greatest writer in the English language and the world's preeminent dramatist. He is often called England's national poet and the "Bard of Avon". His surviving works, including some collaborations, consist of 38 plays, 154 sonnets, two long narrative poems, and several other poems. His plays have been translated into every major living language and are performed more often than those of any other playwright.

Shakespeare produced most of his known work between 1589 and 1613. His early plays were mainly comedies and histories, genres he raised to the peak of sophistication and artistry by the end of the sixteenth century. He then wrote mainly tragedies until about 1608, including Hamlet, King Lear, and Macbeth, considered some of the finest works in the English language. In his last phase, he wrote tragicomedies, also known as romances, and collaborated with other playwrights.

Many of his plays were published in editions of varying quality and accuracy during his lifetime. In 1623, two of his former theatrical colleagues published the First Folio, a collected edition of his dramatic works that included all but two of the plays now recognised as Shakespeare's.

Shakespeare was a respected poet and playwright in his own day, but his reputation did not rise to its present heights until the nineteenth century. The Romantics, in particular, acclaimed Shakespeare's genius, and the Victorians worshipped Shakespeare with a reverence that George Bernard Shaw called "bardolatry". In the twentieth century, his work was repeatedly adopted and rediscovered by new movements in scholarship and performance. His plays remain highly popular today and are constantly studied, performed and reinterpreted in diverse cultural and political contexts throughout the world.


Each volume contains all of the classic Easton Press trimmings:

Each one of the 39 volumes is a wonderful bright clean copy free of any markings, writings, or stamps. Sharp corners that are not bumped. Tight and square spine. Unread book. No attached bookplates or indication of any removed. Some of the volumes are still sealed in the original shrink-wrap. Read description for full details.

DUE TO THE WEIGHT OF THIS ITEM, PLEASE ALLOW UP TO 2 WEEKS FOR DELIVERY.