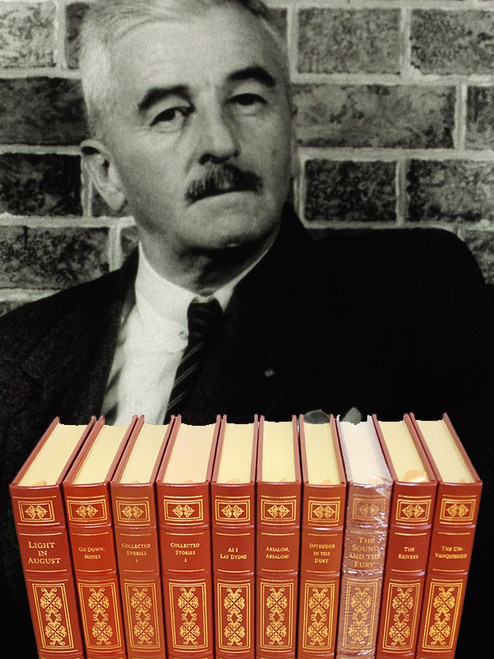 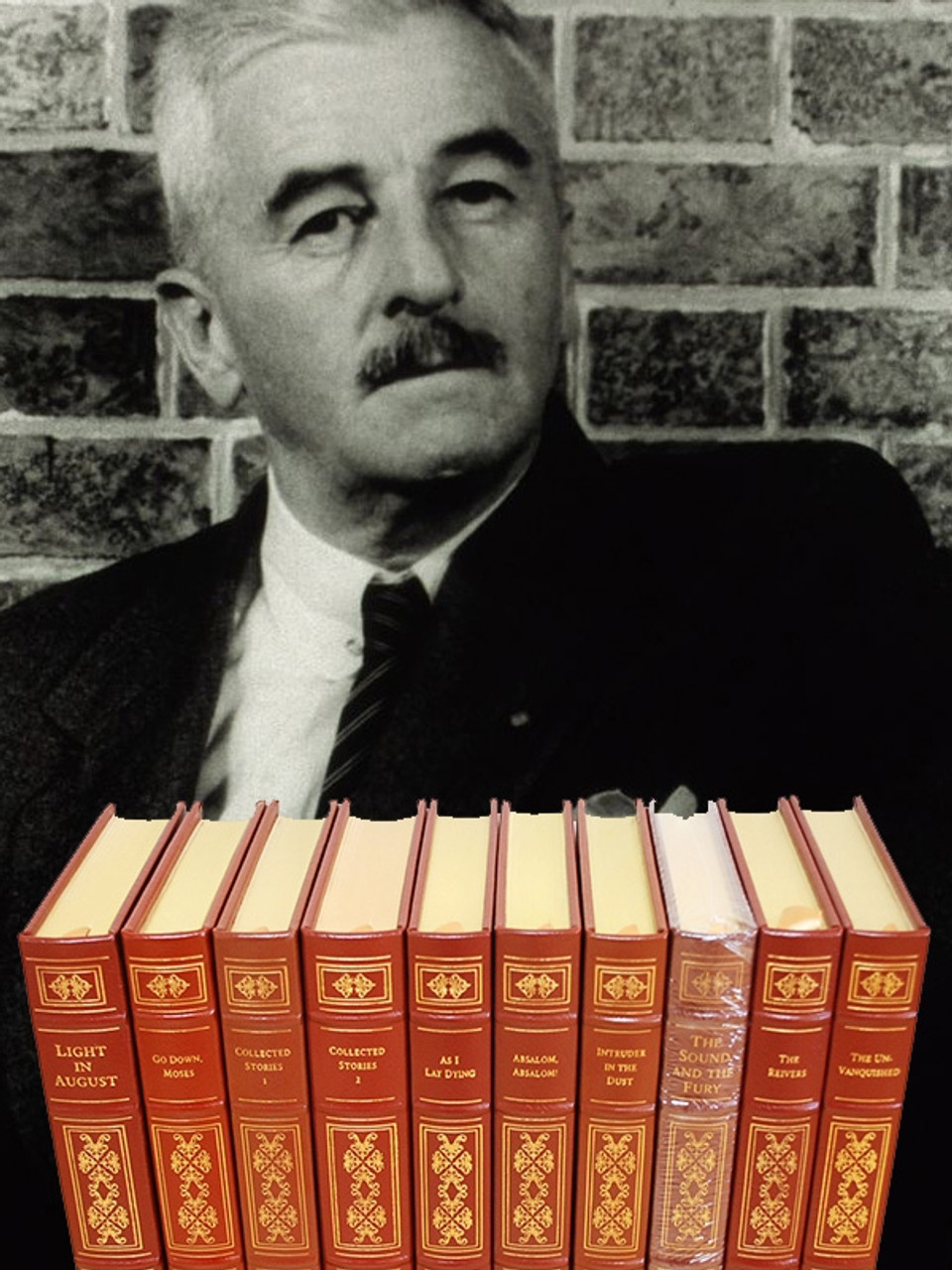 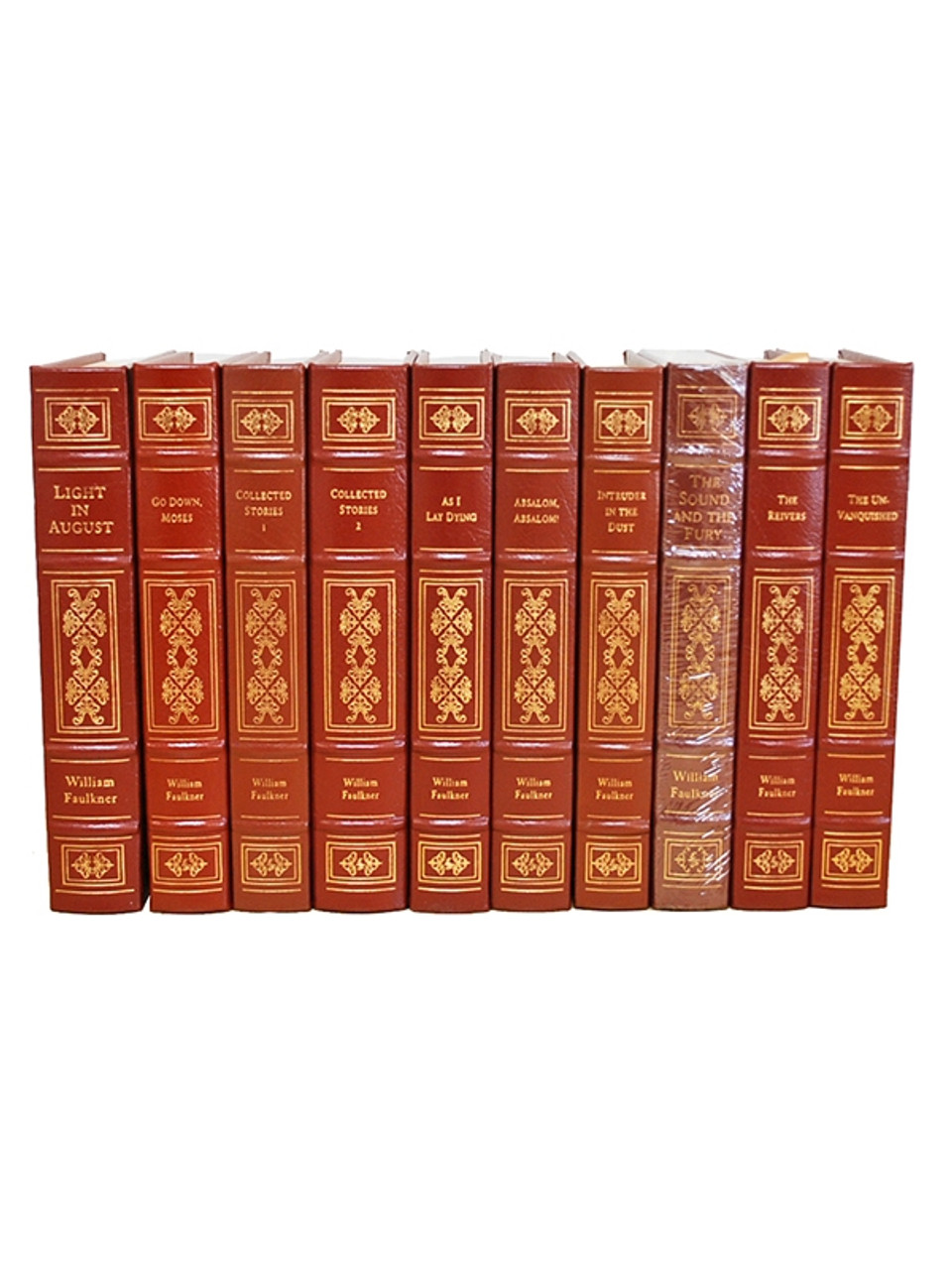 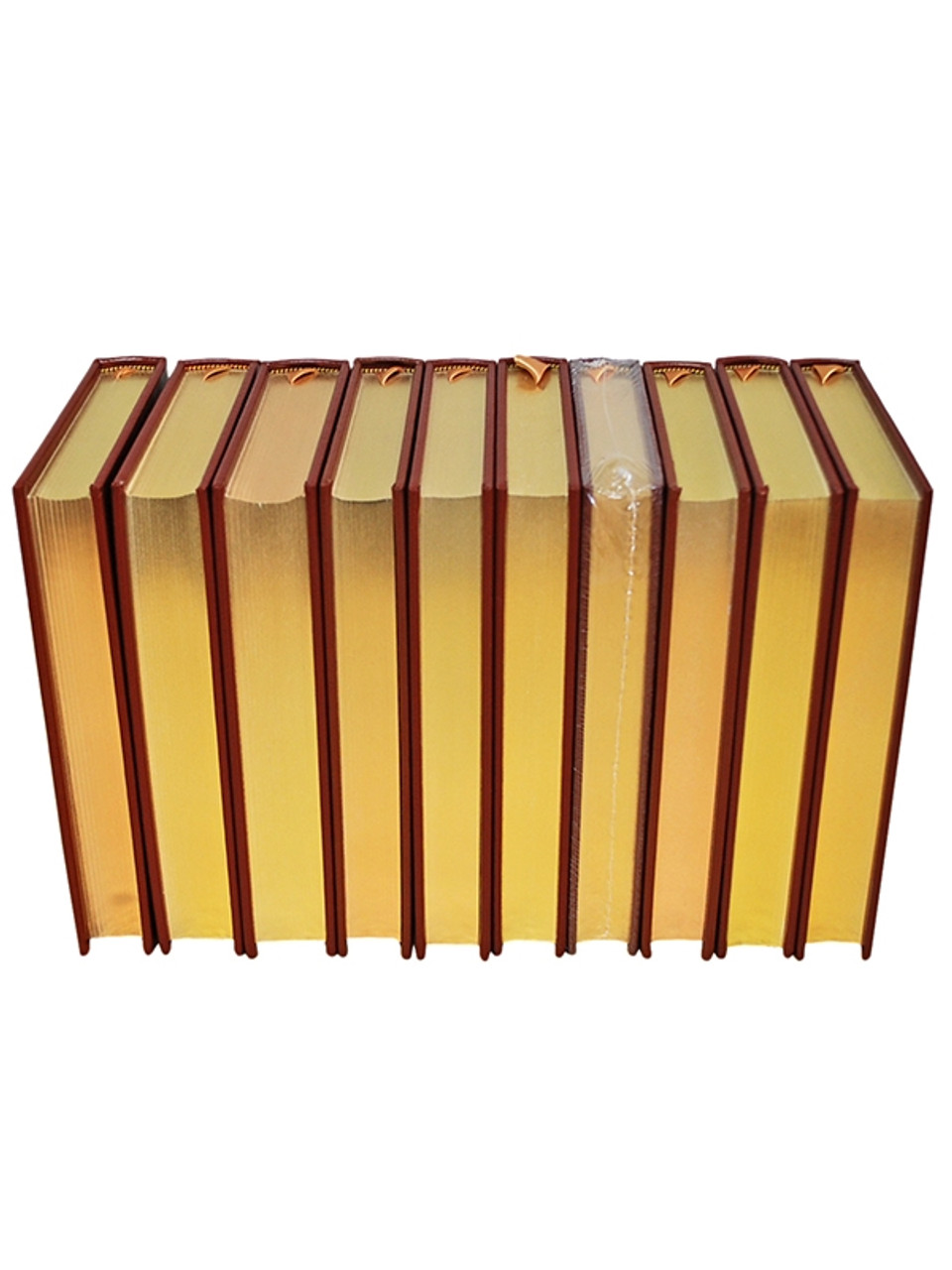 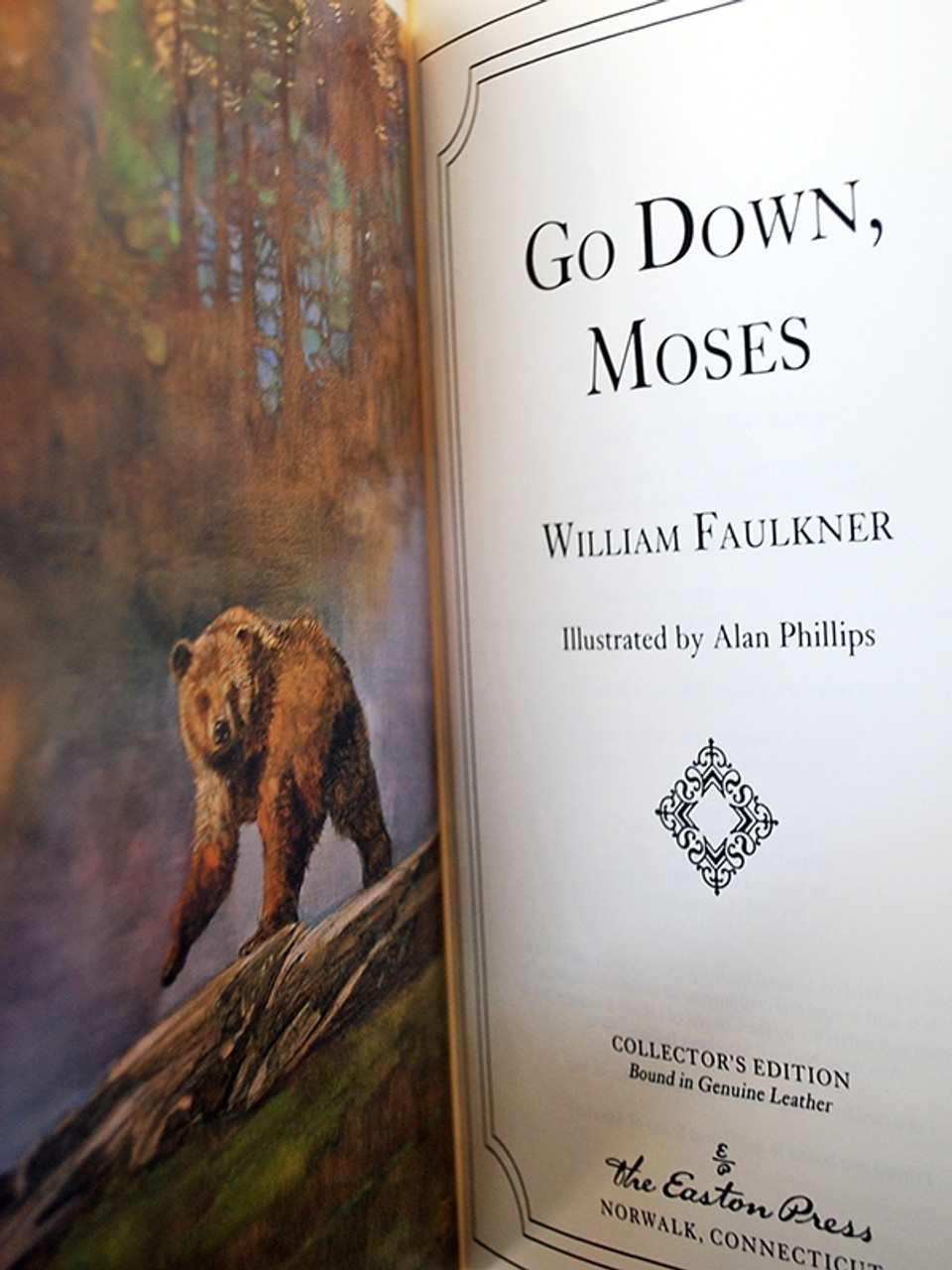 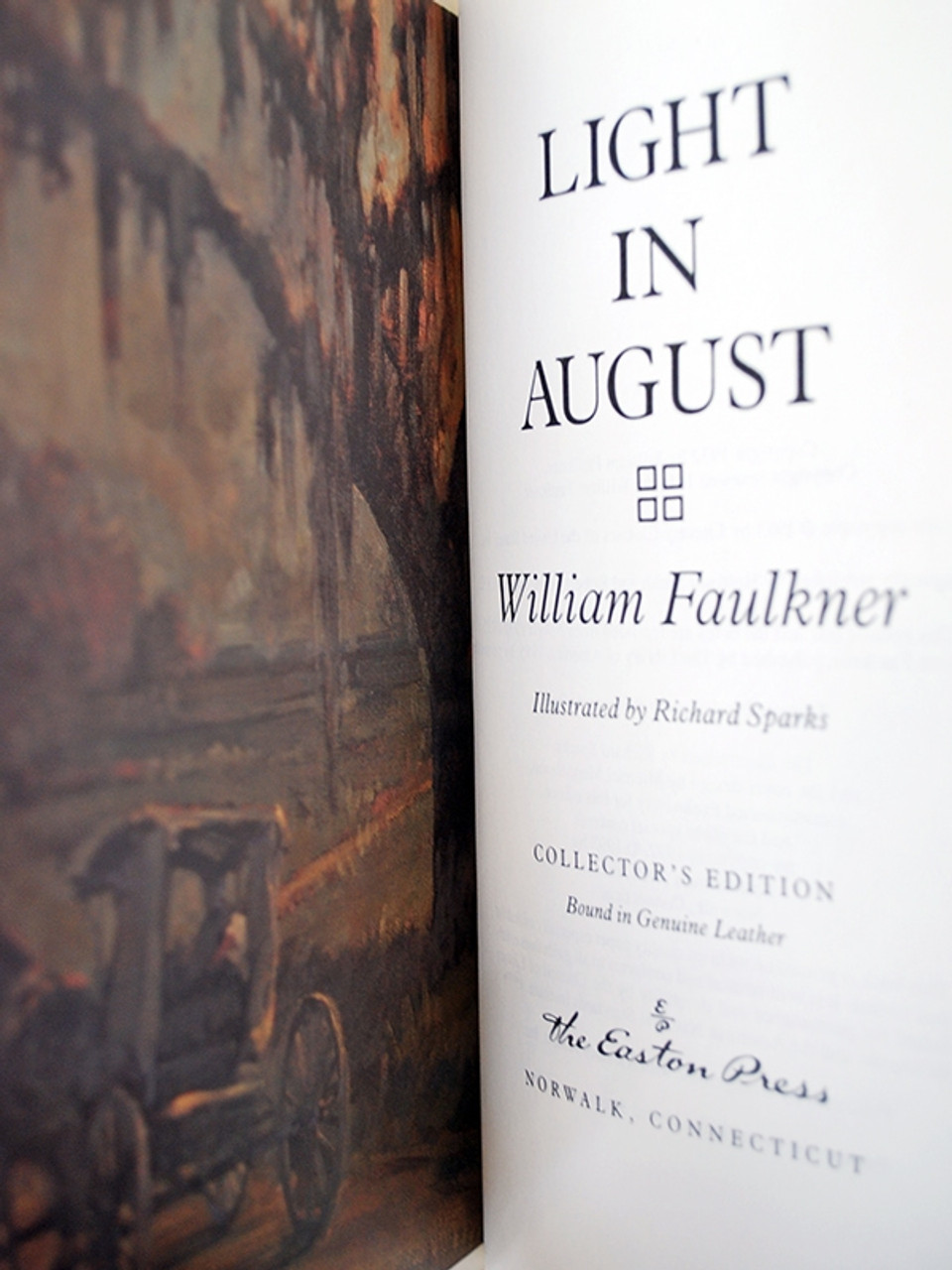 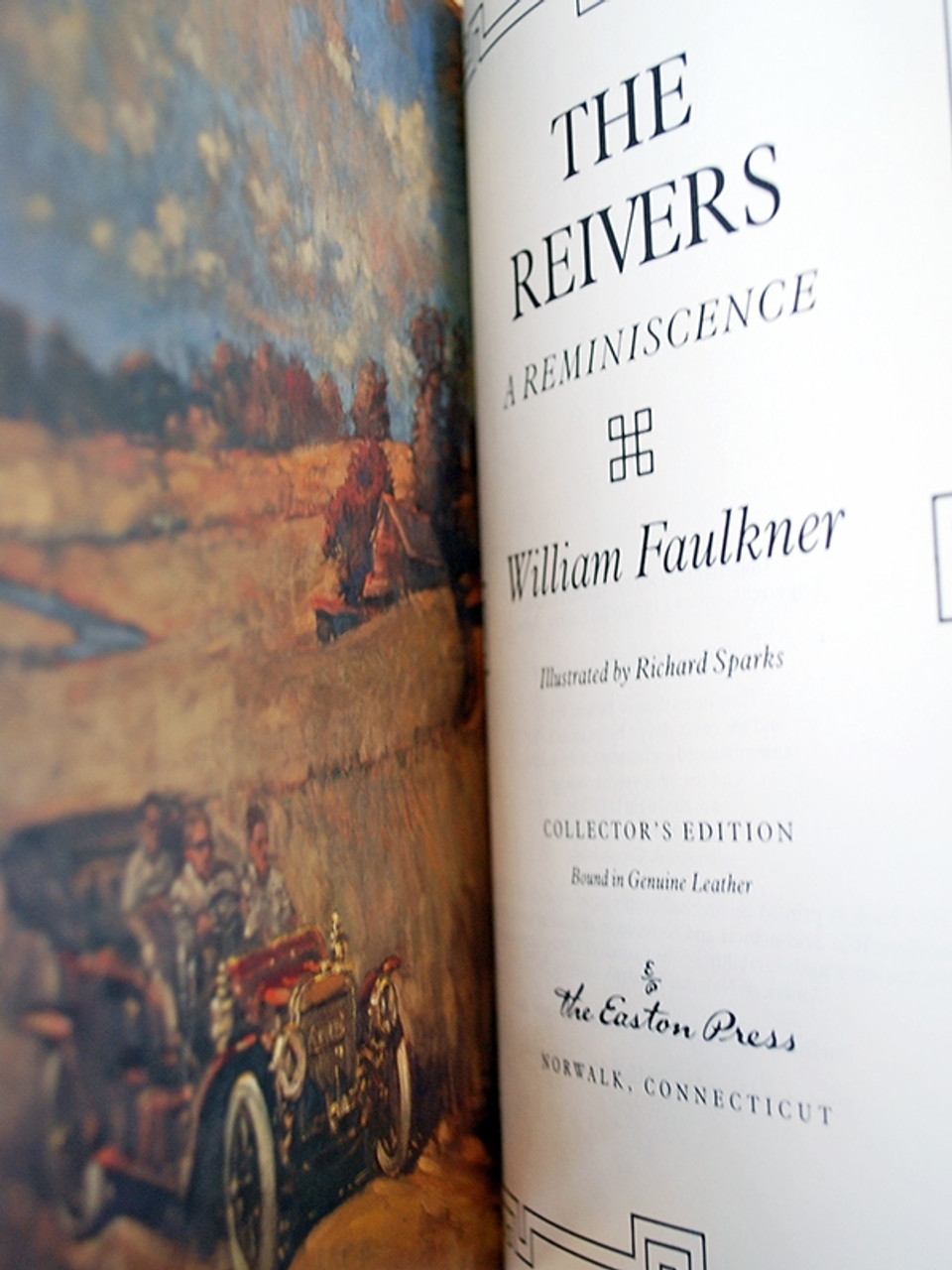 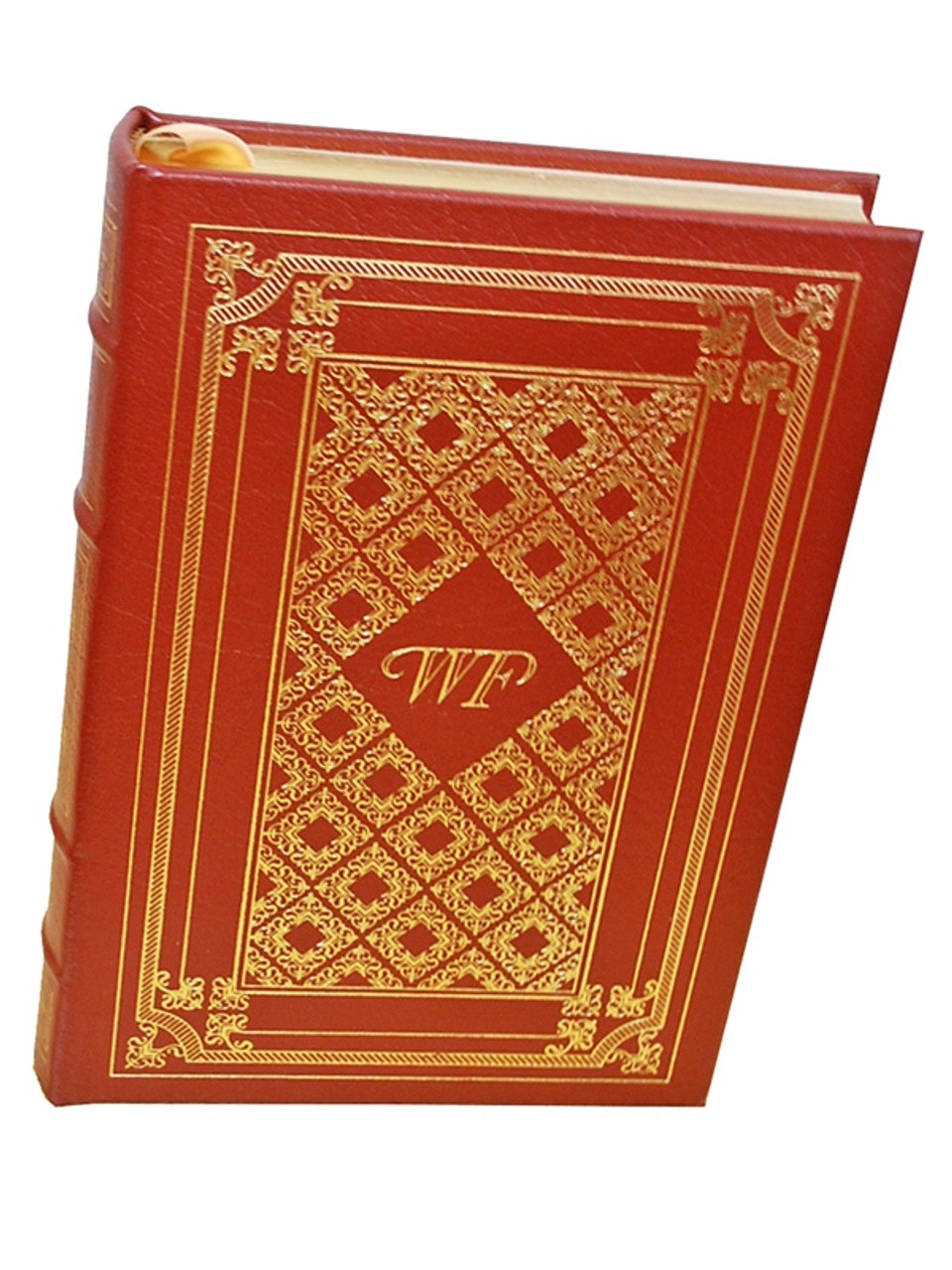 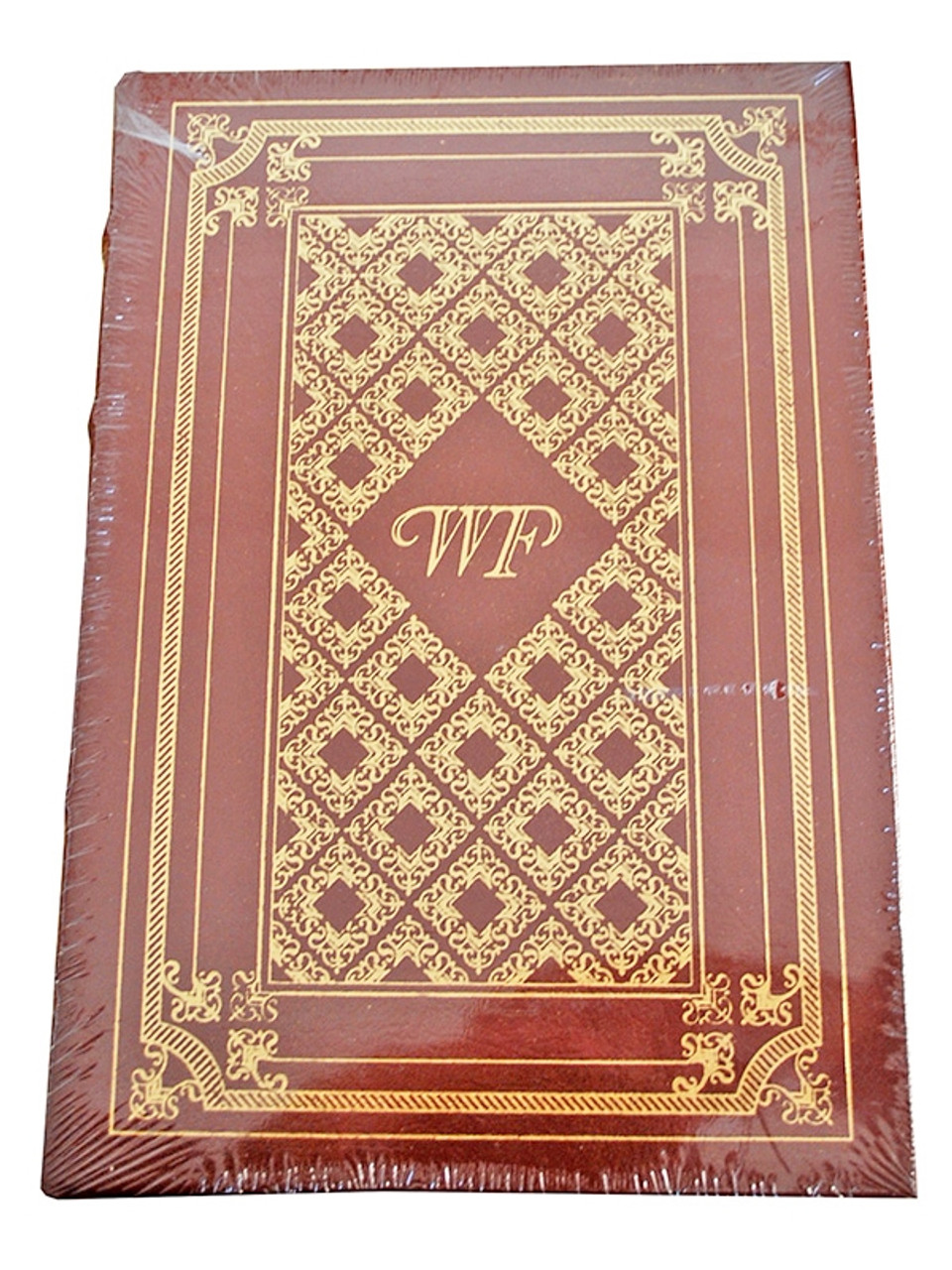 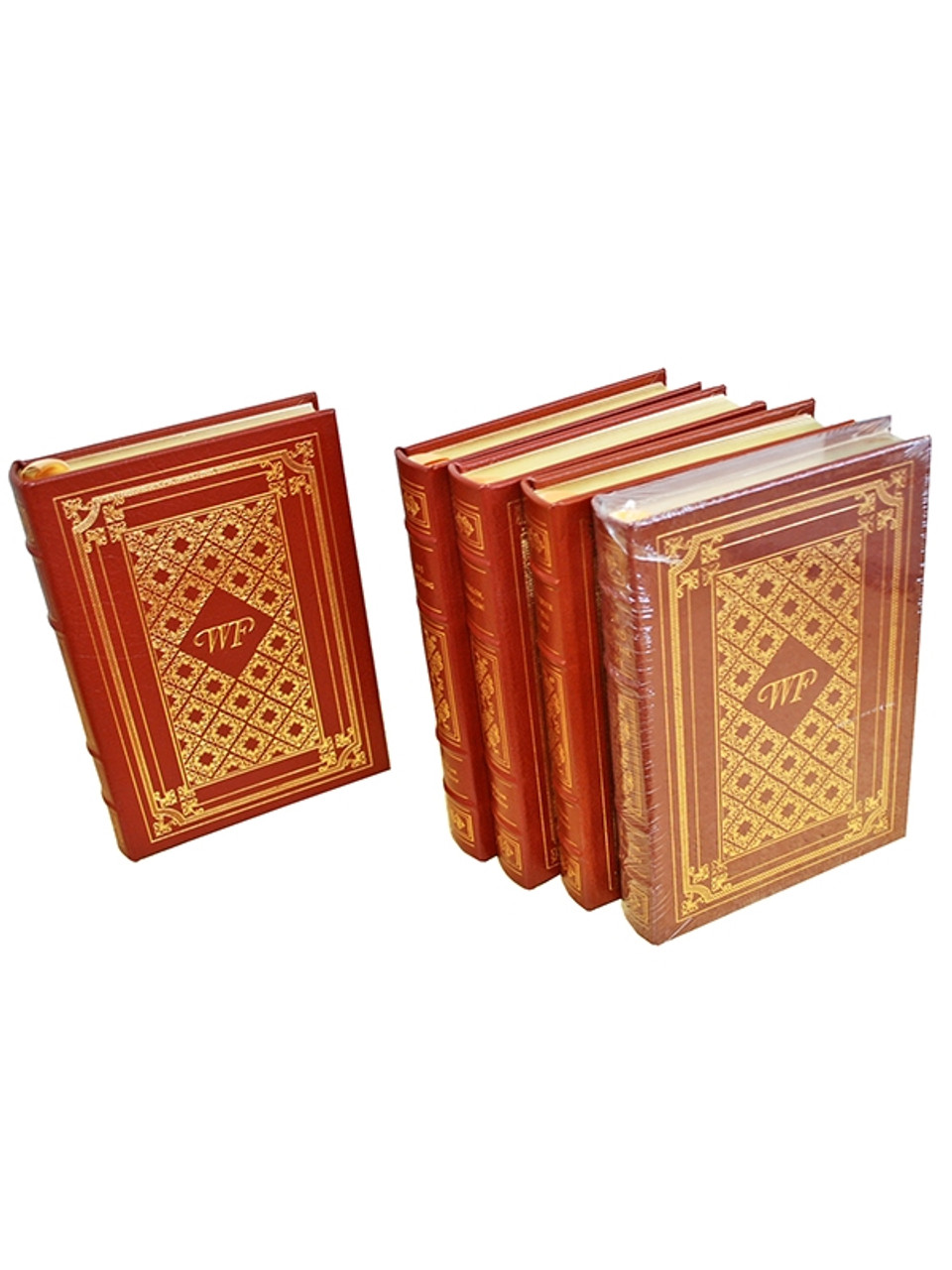 A luxurious leather bound matching set of the classics by William Faulkner, the American writer and Nobel Prize laureate. 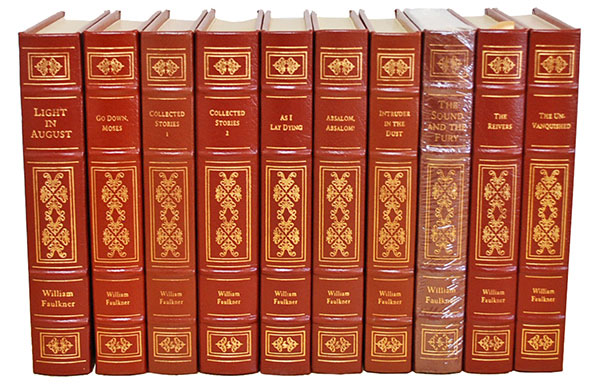 William Cuthbert Faulkner (September 25, 1897 – July 6, 1962) was an American writer and Nobel Prize laureate from Oxford, Mississippi. Faulkner wrote novels, short stories, a play, poetry, essays, and screenplays. He is primarily known for his novels and short stories set in the fictional Yoknapatawpha County, based on Lafayette County, Mississippi, where he spent most of his life.

Faulkner is one of the most celebrated writers in American literature generally and Southern literature specifically. Though his work was published as early as 1919, and largely during the 1920s and 1930s, Faulkner was relatively unknown until receiving the 1949 Nobel Prize in Literature, for which he became the only Mississippi-born Nobel laureate. Two of his works, A Fable (1954) and his last novel The Reivers (1962), won the Pulitzer Prize for Fiction. In 1998, the Modern Library ranked his 1929 novel The Sound and the Fury sixth on its list of the 100 best English-language novels of the 20th century; also on the list were As I Lay Dying (1930) and Light in August (1932). Absalom, Absalom! (1936) is often included on similar lists.

Each volume is a wonderful bright clean copy free of any markings, writings, or stamps. Sharp corners that are not bumped. Tight and square spines. Unread books without any attached bookplates or indication of any removed. The gilded page edges are unmarked. One volume is still sealed in the original shrink-wrap.

"Richard Paul Evans' #1 New York Times bestseller The Christmas Box has become a holiday classic, a tale so touching that it continues to "tug families' heartstrings" (USA Today). His exquisite...