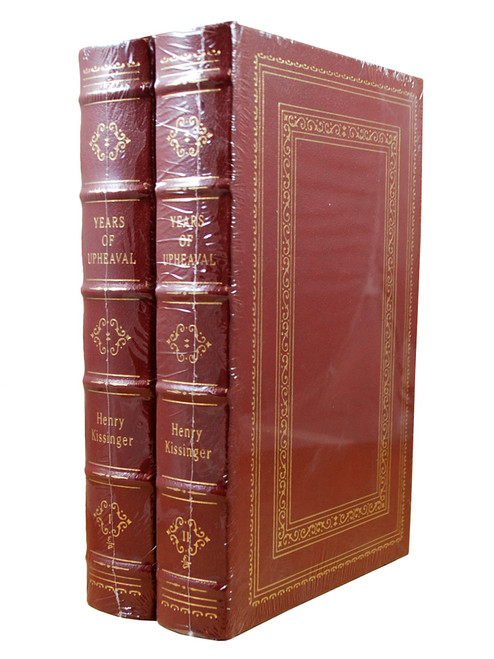 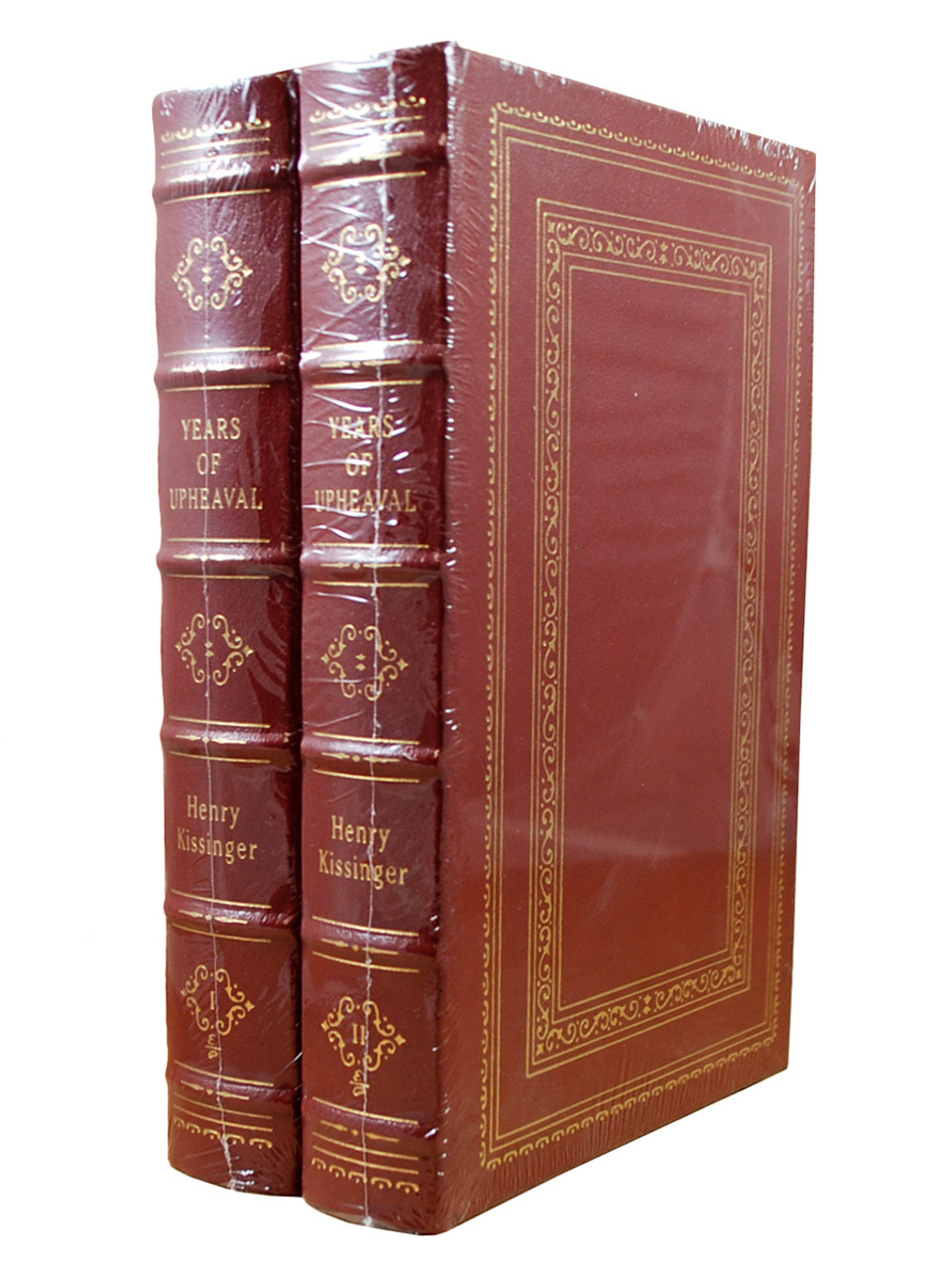 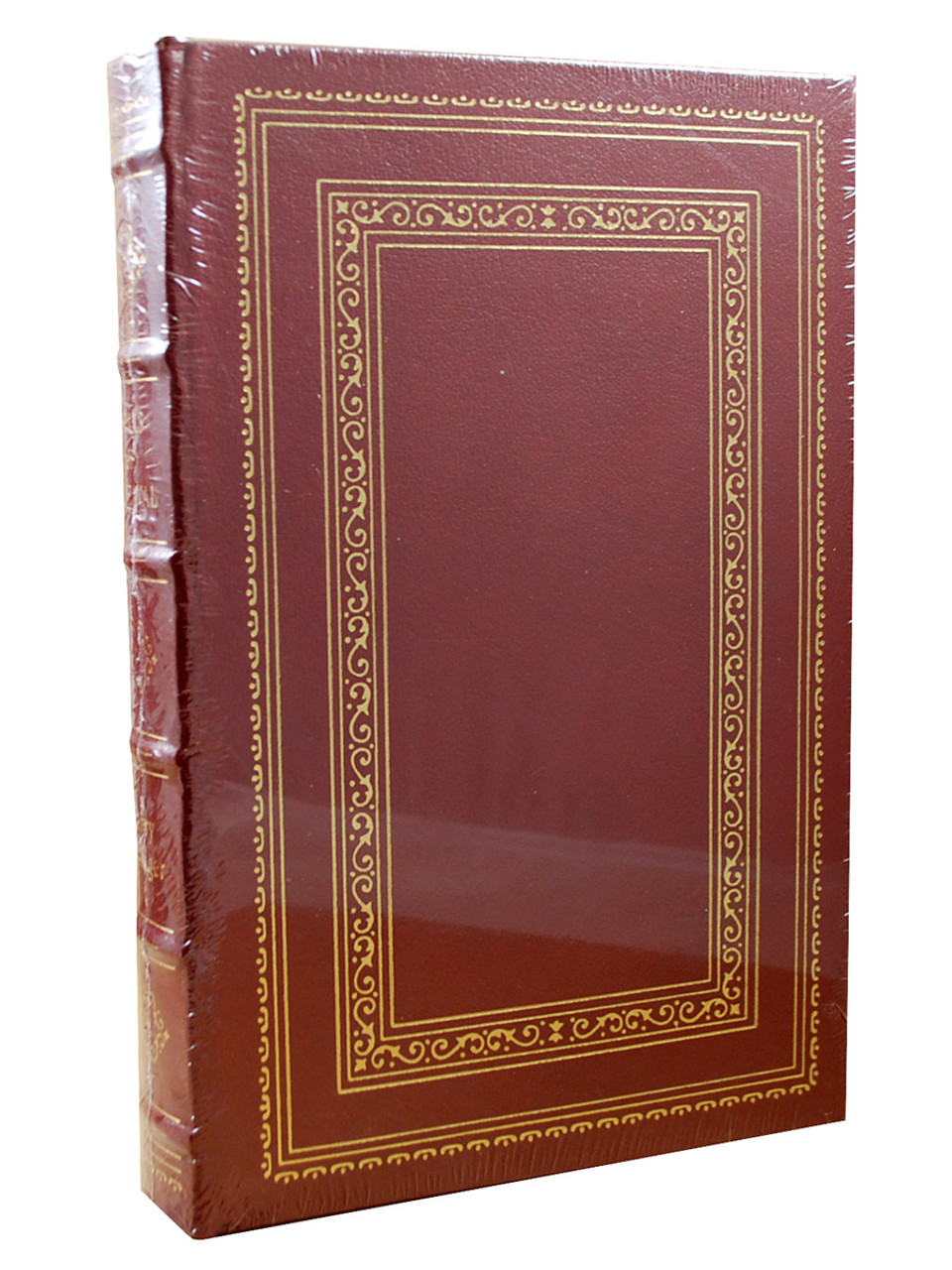 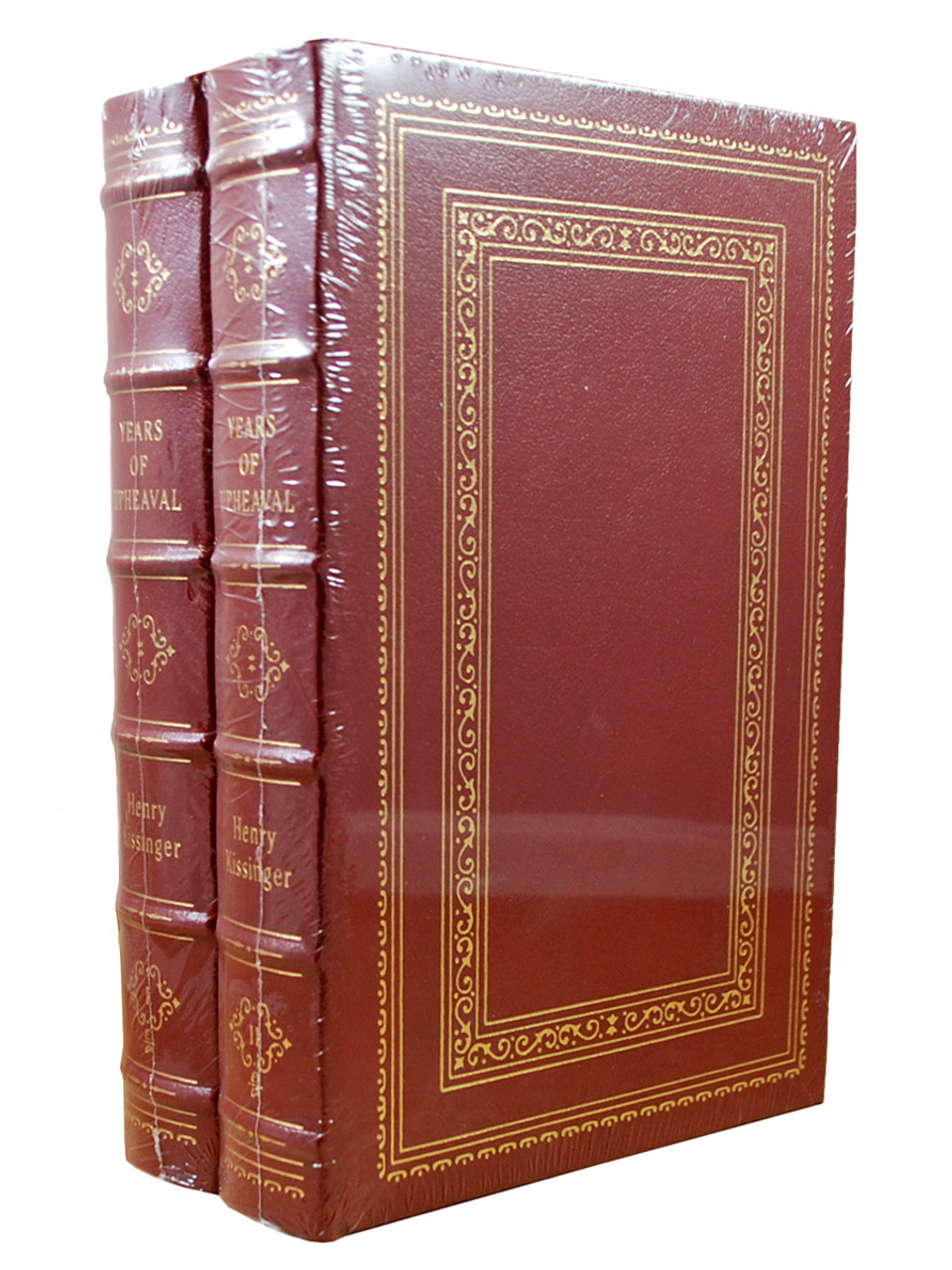 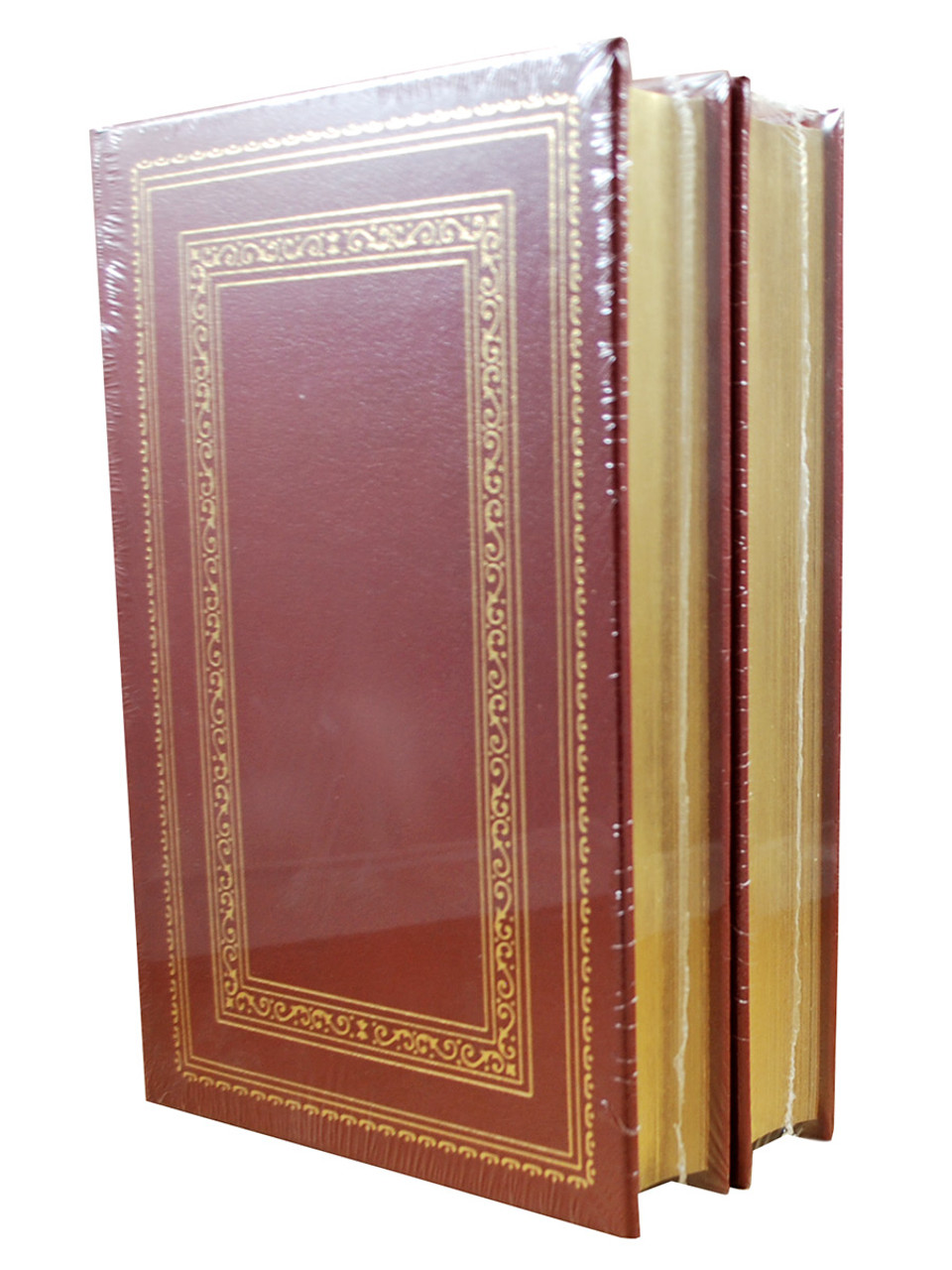 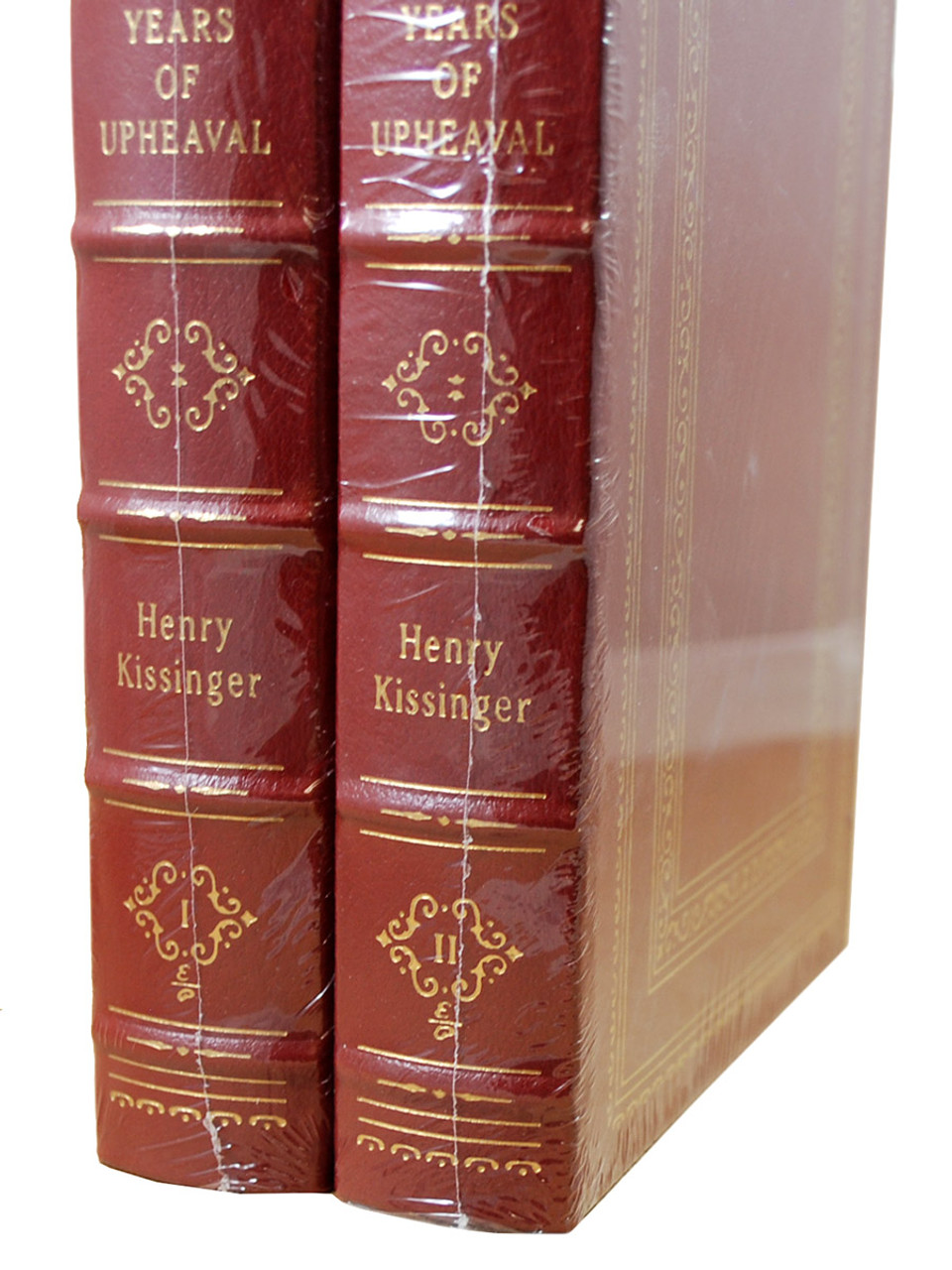 As New, sealed without any visible flaws.

An incisive account of the turbulent years of Nixon's second administration focuses on such events as the Watergate scandal, the October war of 1973 in the Middle East, shuttle diplomacy, and the Vietnam War

In this second volume of Henry Kissinger’s “endlessly fascinating memoirs” (The New York Times), Kissinger recounts his years as President Nixon’s Secretary of State from 1972 to 1974, including the ending of the Vietnam War, the 1973 Middle East War and oil embargo, Watergate, and Nixon’s resignation.

This second volume of Henry Kissinger’s monumental memoirs covers his years as President Richard Nixon’s Secretary of State (1972–1974), including the ending of the Vietnam War, the 1973 Middle East War and oil embargo, Watergate, and Nixon’s resignation. Years of Upheaval opens with Dr. Kissinger being appointed Secretary of State.

Among other events of these turbulent years that he recounts are his trip to Hanoi after the Vietnam cease-fire, his efforts to settle the war in Cambodia, the “Year of Europe,” two Nixon-Brezhnev summit meetings and the controversies over arms control and détente, the military alert and showdown with the Soviet Union over the Middle East war, the subsequent oil crisis, the origins of shuttle diplomacy in the Middle East, the fall of Salvador Allende in Chile, and the tumultuous events surrounding Nixon’s resignation. Throughout are candid appraisals of world leaders, including Nixon, Golda Meir, Anwar Sadat, King Faisal, Hafez al-Asad, Chairman Mao, Leonid Brezhnev, Willy Brandt, Helmut Schmidt, Georges Pompidou, and many more.

At once illuminating, fascinating, and profound, Years of Upheaval is a lasting contribution to the history of our time by one of its chief protagonists.

Include the classic Easton Press qualities:

Henry Alfred Kissinger KCMG ( born Heinz Alfred Kissinger; May 27, 1923) is an American politician, diplomat, and geopolitical consultant who served as United States Secretary of State and National Security Advisor under the presidential administrations of Richard Nixon and Gerald Ford. A Jewish refugee who fled Nazi Germany with his family in 1938, he became National Security Advisor in 1969 and U.S. Secretary of State in 1973. For his actions negotiating a ceasefire in Vietnam, Kissinger received the 1973 Nobel Peace Prize under controversial circumstances, with two members of the committee resigning in protest.

A practitioner of Realpolitik, Kissinger played a prominent role in United States foreign policy between 1969 and 1977. During this period, he pioneered the policy of détente with the Soviet Union, orchestrated the opening of relations with China, engaged in what became known as shuttle diplomacy in the Middle East to end the Yom Kippur War, and negotiated the Paris Peace Accords, ending American involvement in the Vietnam War. Kissinger has also been associated with such controversial policies as U.S. involvement in the 1973 Chilean military coup, a "green light" to Argentina's military junta for their Dirty War, and U.S. support for Pakistan during the Bangladesh War despite the genocide being perpetrated by his allies. After leaving government, he formed Kissinger Associates, an international geopolitical consulting firm. Kissinger has written over a dozen books on diplomatic history and international relations.

Kissinger remains a controversial and polarizing figure in U.S. politics, both condemned as an alleged war criminal by many journalists, political activists, and human rights lawyers, and venerated as a highly effective U.S. Secretary of State by many prominent international relations scholars. With the death of centenarian George Shultz in February 2021, Kissinger is the oldest living former U.S. Cabinet member and the last surviving member of Nixon's Cabinet. 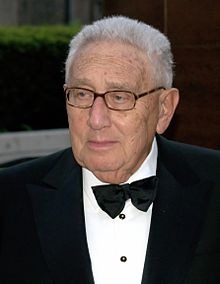 VERY FINE GUARANTEED. As New (Sealed) for both volumes. Unread books with no bumped corners. Sharp corners. No marks, writings or stamps. No scratches and/or blemishes to the gilded page edges.