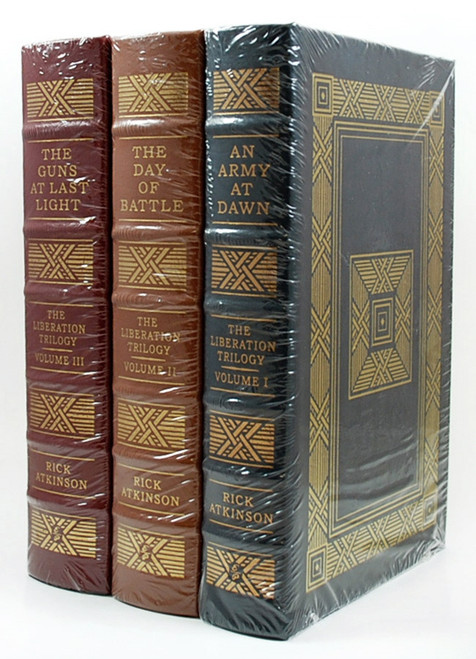 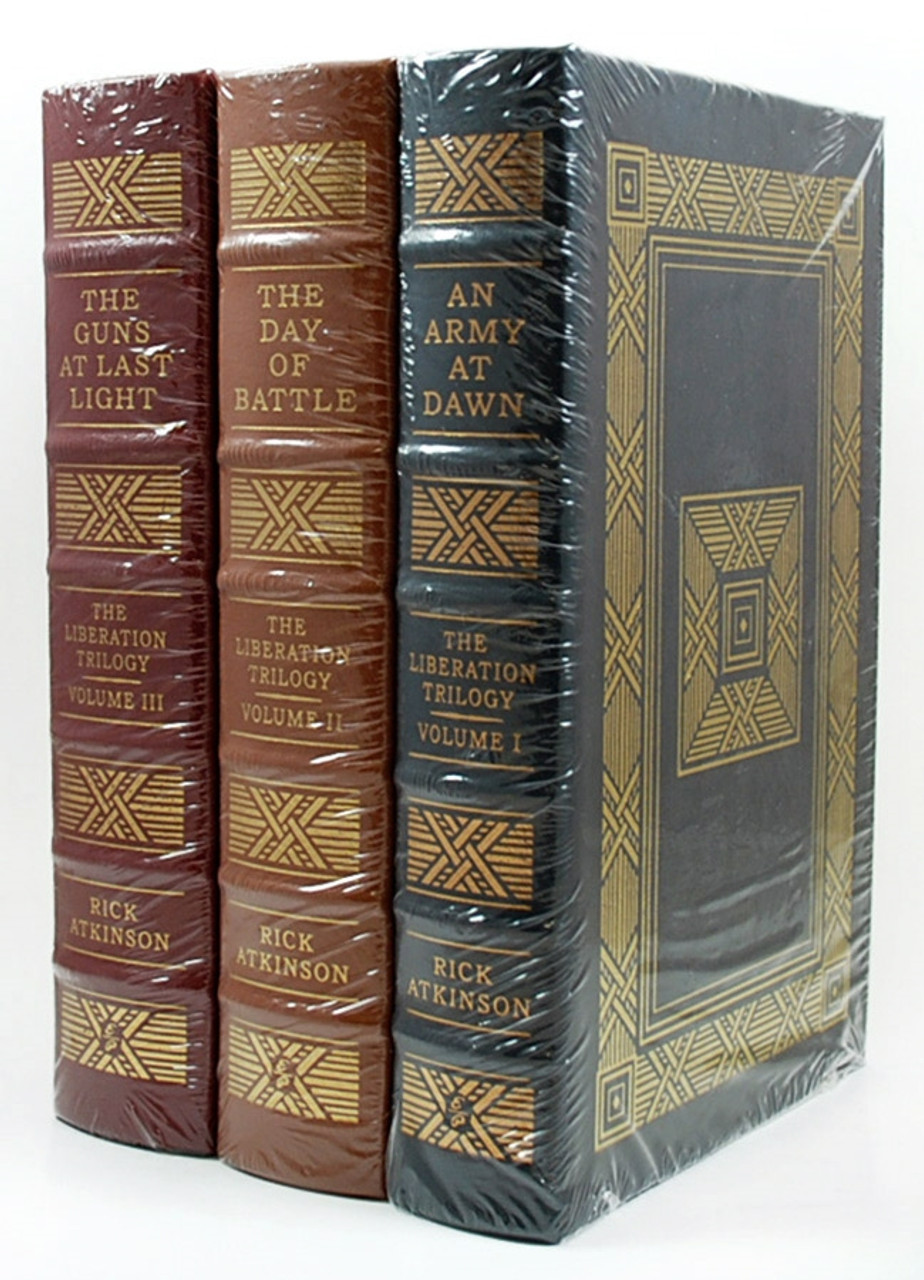 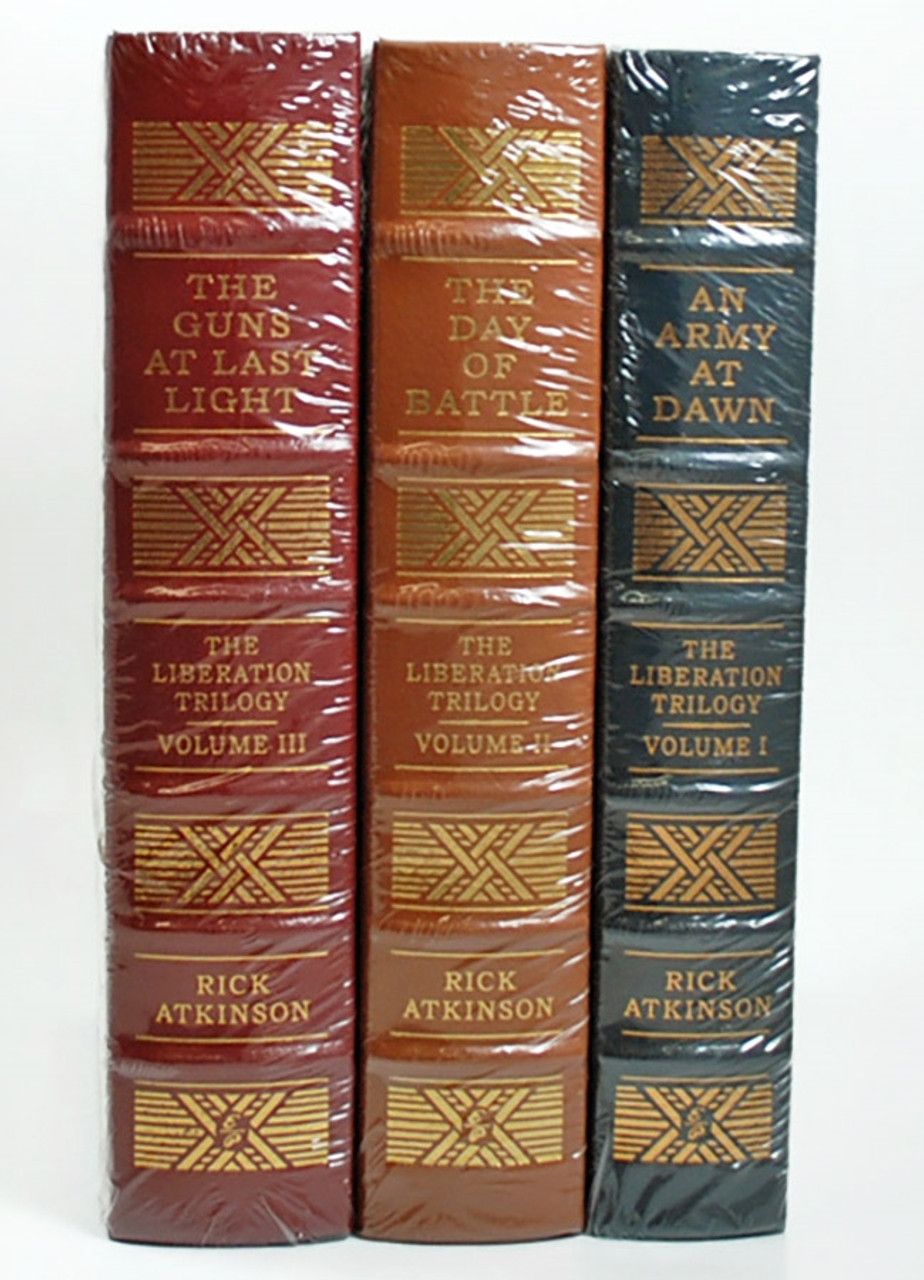 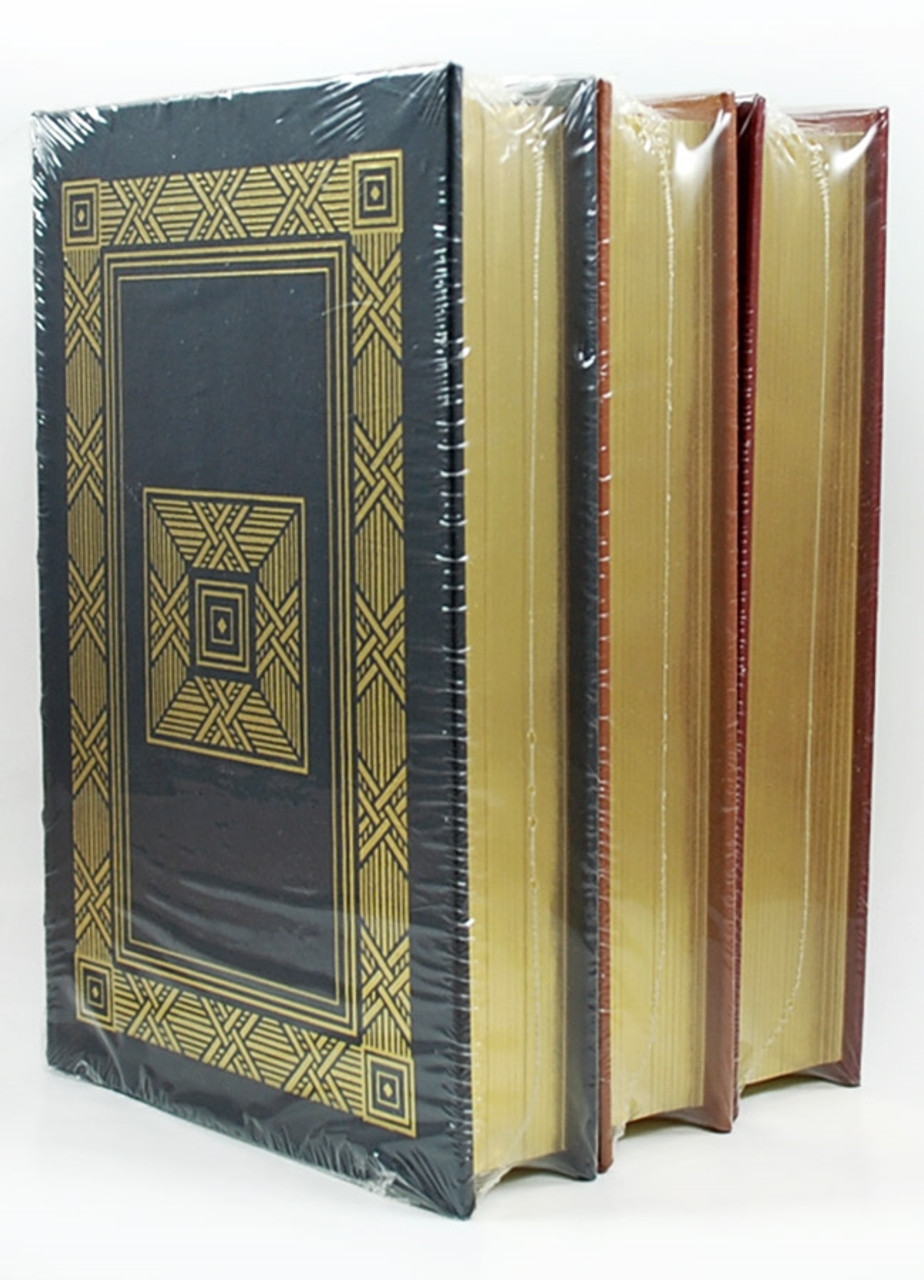 The definitive chronicle of the Allied triumph in Europe during World War II, Rick Atkinson’s Liberation Trilogy is now together in one leather bound set.

From the War in North Africa to the Invasion of Normandy, the Liberation Trilogy recounts the hard fought battles that led to Allied victory in World War II. Pulitzer Prize-winning and New York Times bestselling author Rick Atkinson brings great drama and exquisite detail to the retelling of these battles and gives life to a cast of characters, from the Allied leaders to rifleman in combat. His accomplishment is monumental: the Liberation Trilogy is the most vividly told, brilliantly researched World War II narrative to date.

Easton Press 2014. Rick Atkinson "The Liberation Trilogy" Limited Edition Collector's set in 3 volumes. Full genuine leather. This extraordinary set of books will make an excellent addition to your library or as a fantastic gift for the serious collector. As New, sealed in the original shrink-wrap. This collection is now OUT OF PRINT from the publisher.


Rick Atkinson is the bestselling author of An Army at Dawn (winner of the Pulitzer Prize for history), The Day of Battle, The Long Gray Line, In the Company of Soldiers, and Crusade. His many other awards include a Pulitzer Prize for journalism, the George Polk award, and the Pritzker Military Library Literature Award. A former staff writer and senior editor at The Washington Post, he lives in Washington, D.C.

This is the 3-volume history of World War II in Europe by Rick Atkinson, the Pulitzer-Prize winning author & military historian.

Three volumes in one shipment:

The liberation of Europe and the destruction of the Third Reich is an epic story of courage and calamity, of miscalculation and enduring triumph. In this first volume of the Liberation Trilogy, Rick Atkinson shows why no modern reader can understand the ultimate victory of the Allied powers without a grasp of the great drama that unfolded in North Africa in 1942 and 1943. Opening with the daring amphibious invasion in November 1942, An Army at Dawn follows the American and British armies as they fight the French in Morocco and Algiers, and then take on the Germans and Italians in Tunisia. Battle by battle, an inexperienced and sometimes poorly led army gradually becomes a superb fighting force. At the center of the tale are the extraordinary but flawed commanders who come to dominate the battlefield: Eisenhower, Patton, Bradley, Montgomery, and Rommel.

VOLUME 2: THE DAY OF BATTLE:

In An Army at Dawn―winner of the Pulitzer Prize―Rick Atkinson provided an authoritative history of the Allied triumph in North Africa during World War II. Now, in The Day of Battle, he follows the strengthening American and British armies as they invade Sicily in July 1943 and then, mile by bloody mile, fight their way north toward Rome. The decision to invade the so-called soft underbelly of Europe was controversial, but once under way, the commitment to liberate Italy from the Nazis never wavered. The battles at Salerno, Anzio, the Rapido River, and Monte Cassino were particularly lethal, yet as the months passed, the Allied forces continued to drive the Germans up the Italian peninsula. And with the liberation of Rome in June 1944, ultimate victory at last began to seem inevitable.

VOLUME 3: THE GUNS AT LAST LIGHT

It is the twentieth century's unrivaled epic: at a staggering price, the United States and its allies liberated Europe and vanquished Hitler. In the first two volumes of his bestselling Liberation Trilogy, Rick Atkinson recounted how they fought through North Africa and Italy to the threshold of victory. Now he tells the most dramatic story of all―the titanic battle for Western Europe. D-Day marked the commencement of the European war's final campaign, and Atkinson's riveting account of that bold gamble sets the pace for the masterly narrative that follows. The brutal fight in Normandy, the liberation of Paris, the disaster that was Operation Market Garden, the horrific Battle of the Bulge, and finally the thrust to the heart of the Third Reich―all these historic events and more come alive with a wealth of new material and a mesmerizing cast of characters. With The Guns at Last Light, the stirring #1 New York Times bestseller and final volume of this monumental trilogy, Atkinson has produced the definitive chronicle of the war that unshackled a continent and preserved freedom in the West. 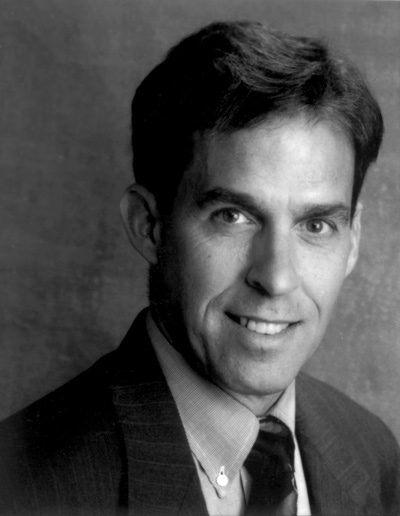 Rick Atkinson recently completed The Guns at Last Light: The War in Europe, 1944-1945, the final volume of his Liberation Trilogy, a narrative history of the U.S. military’s role in the liberation of Europe in World War II. The first volume, An Army at Dawn: The War in North Africa, 1942-1943, received the Pulitzer Prize and was acclaimed by the Wall Street Journal as “the best World War II battle narrative since Cornelius Ryan’s classics, The Longest Day and A Bridge Too Far.” The second volume, The Day of Battle: The War in Sicily and Italy, 1943-1944, drew praise from the New York Times as “a triumph of narrative history, elegantly written…and rooted in the sight and sounds of battle.” The Guns at Last Light, covering the last year of the European war, from Normandy to Berlin, was published in May 2013, and was a #1 New York Times bestseller. Sir Max Hastings in The Wall Street Journal called it, “A magnificent book… Atkinson’s account of D-Day is both masterly and lyrical.”

Atkinson is also the best-selling author of The Long Gray Line, a narrative saga about the West Point class of 1966, and Crusade, a narrative history of the Persian Gulf War. He also wrote In the Company of Soldiers, an account of his time with General David H. Petraeus and the 101st Airborne Division during the invasion of Iraq in 2003; the New York Times Book Review called the book “the most intimate, vivid, and well-informed account yet published” on that war, and Newsweek cited it as one of the ten best books of 2004. He is the lead essayist in Where Valor Rests: Arlington National Cemetery, published by National Geographic in 2007.

Atkinson’s many awards include the 2003 Pulitzer Prize for history; the 1982 Pulitzer Prize for national reporting; and the 1999 Pulitzer Prize for public service, awarded to the Washington Post for a series of investigative articles directed and edited by Atkinson on shootings by the District of Columbia police department. He is winner of the 1989 George Polk Award for national reporting, the 2003 Society for Military History Distinguished Book Award, the 2007 Gerald R. Ford Award for Distinguished Reporting on National Defense, and the 2010 Pritzker Military Library Literature Award for Lifetime Achievement in Military Writing. Atkinson has served as the Gen. Omar N. Bradley Chair of Strategic Leadership at the U.S. Army War College, where he remains an adjunct faculty member.

Atkinson served as a reporter, foreign correspondent, and senior editor for 25 years at the Washington Post. His most recent assignments were covering the 101st Airborne during the invasion of Iraq, and writing about roadside bombs in Iraq and Afghanistan in 2007. Previously he served as the assistant managing editor for investigations, a position that gave him the responsibility of investigative reporting at the newspaper. Atkinson’s journalism career began at the Pittsburg (Kansas) Morning Sun in 1976; in 1977, he moved to the Kansas City Times, before going to the Washington Post in 1983. Among other assignments, he served as the Post’s Berlin bureau chief, covering not only Germany and NATO, but also spending considerable time in Somalia and Bosnia.

Born in Munich, Germany, Atkinson is the son of a U.S. Army officer and grew up on military posts. He holds a master of arts degree in English literature from the University of Chicago. He and his wife, Dr. Jane C. Atkinson, a researcher and clinician at the National Institutes of Health, live in the District of Columbia. They have two grown children.

Romeo and Juliet is a tragedy written by William Shakespeare early in his career about two young star-crossed lovers whose deaths ultimately reconcile their feuding families. It was among...