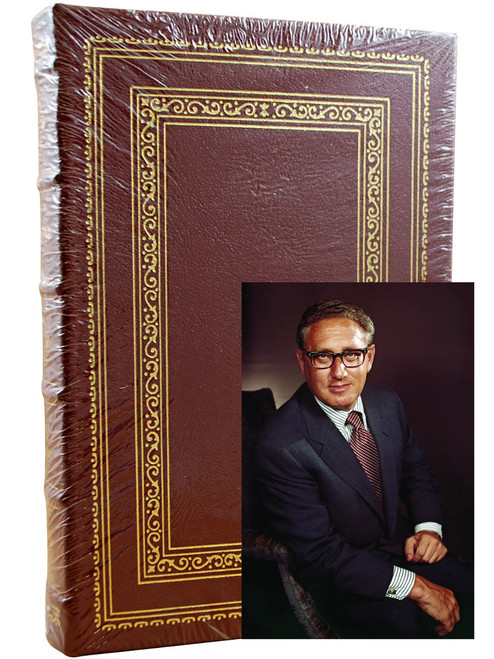 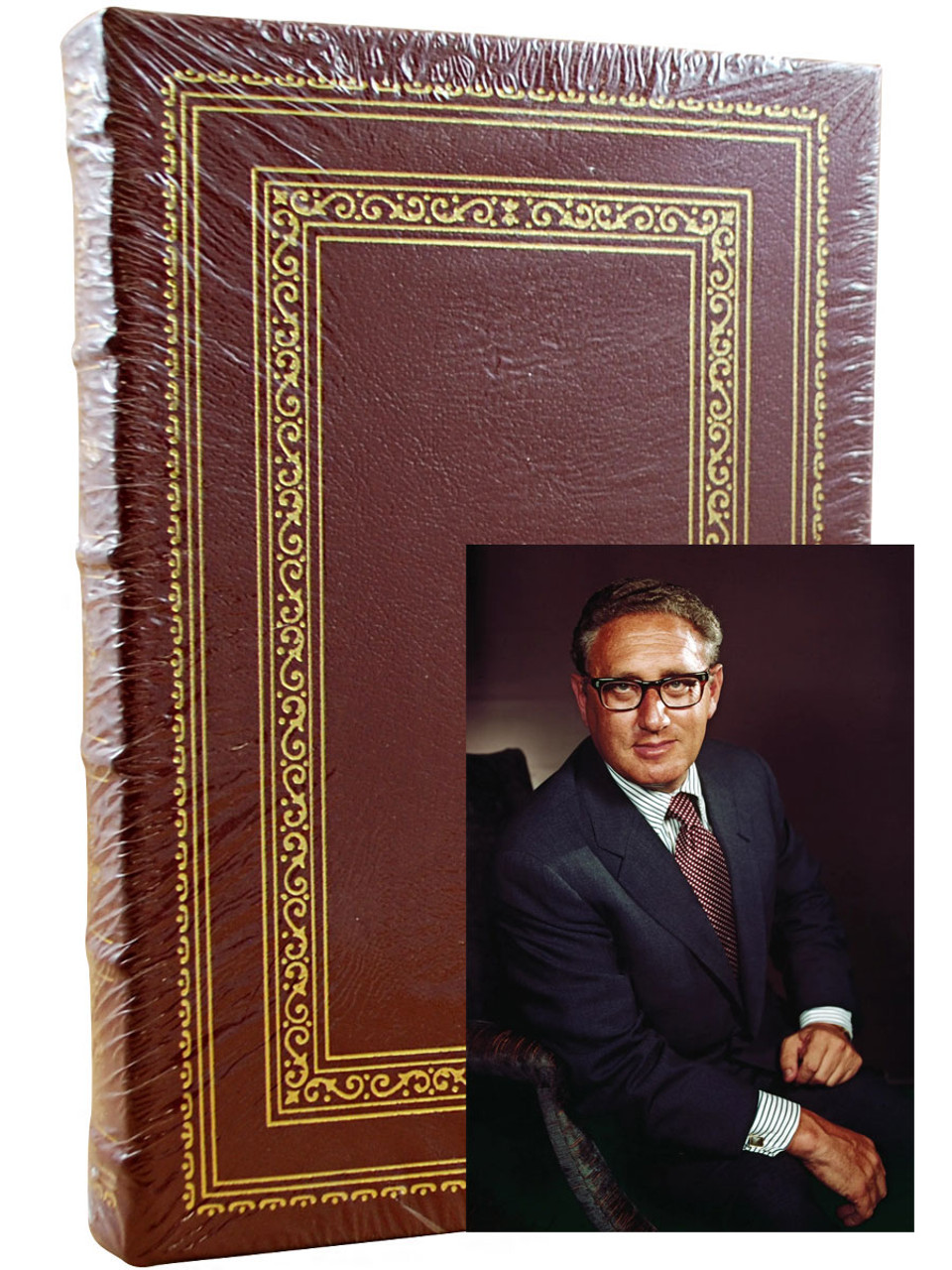 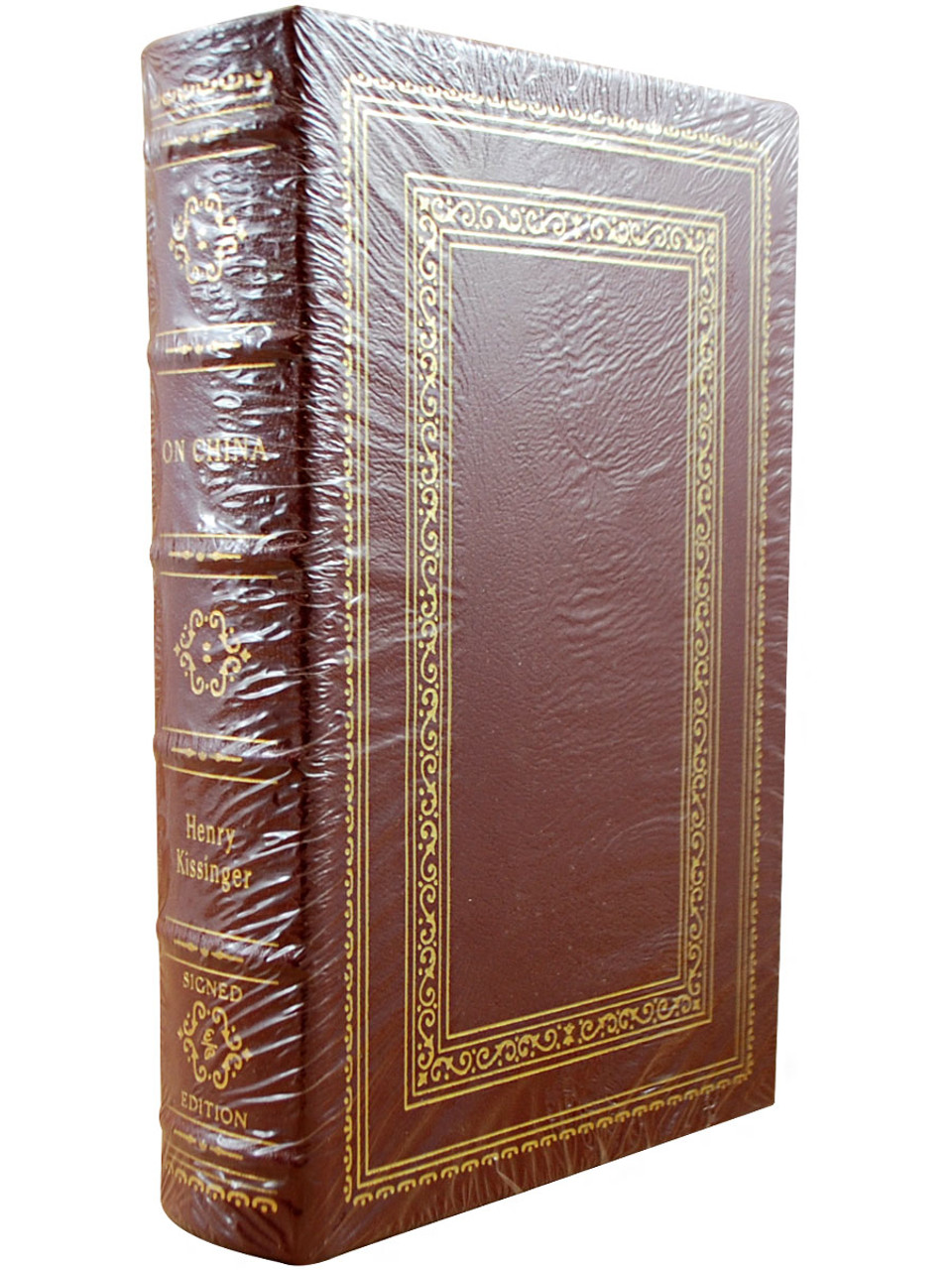 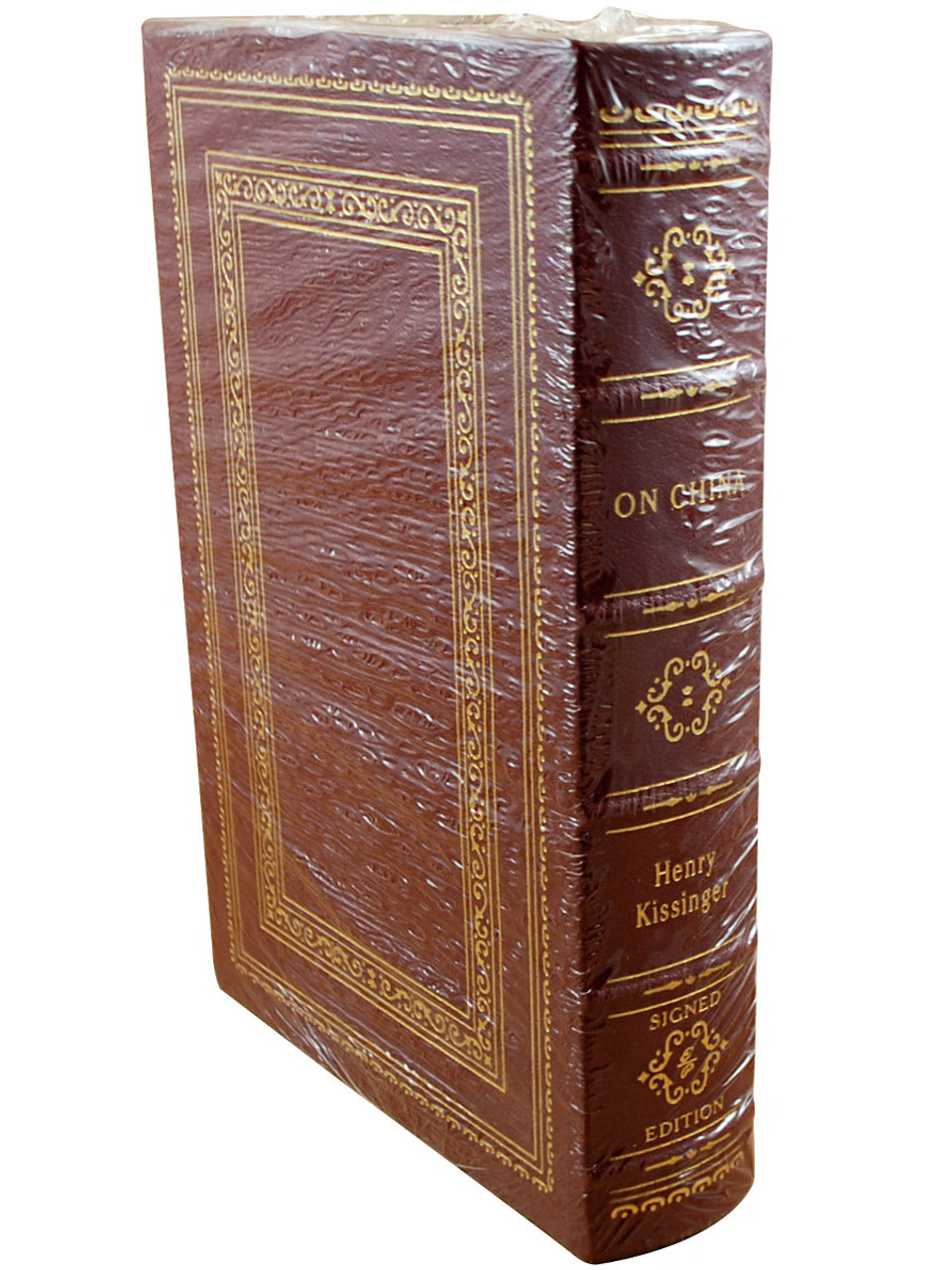 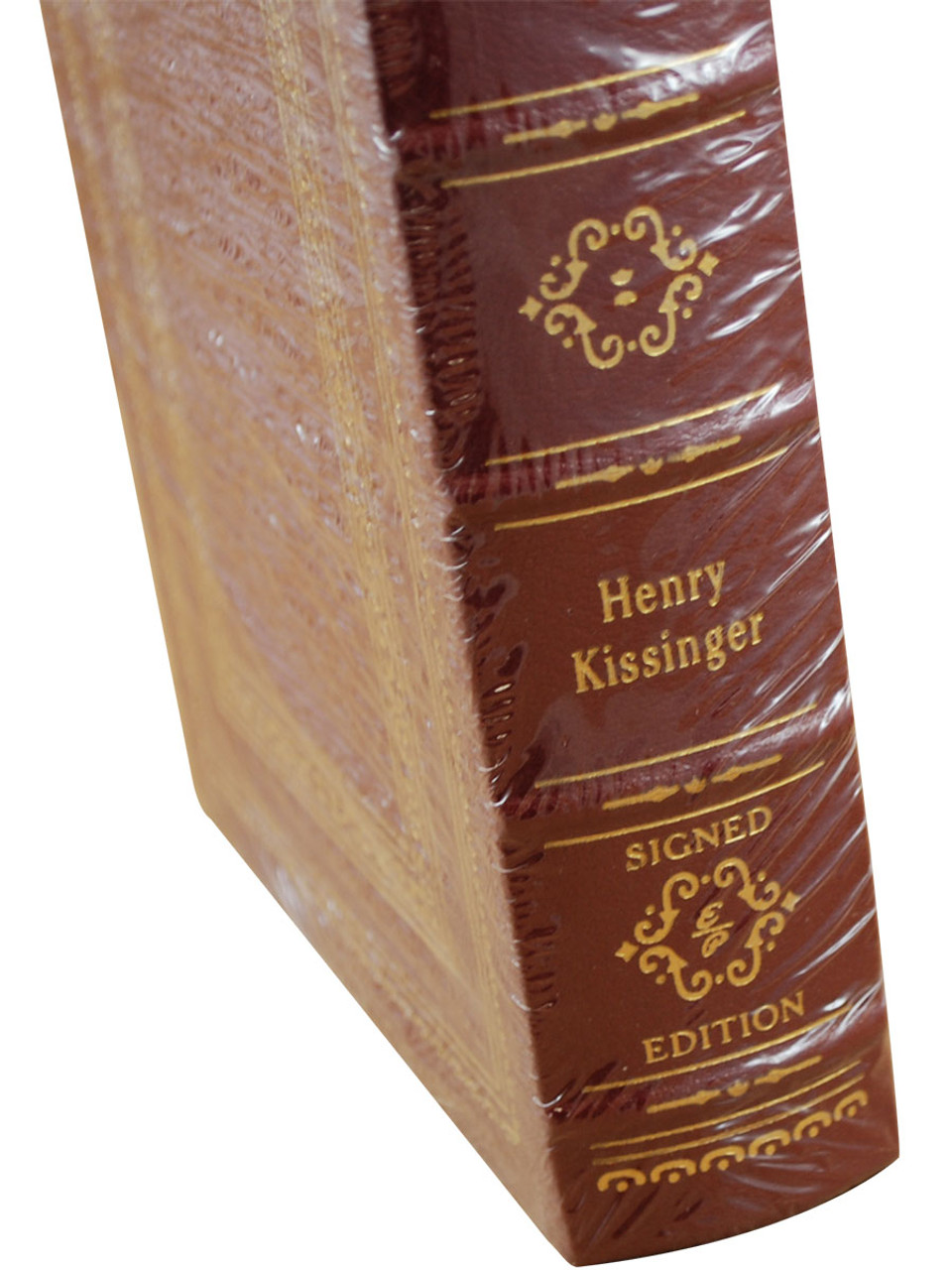 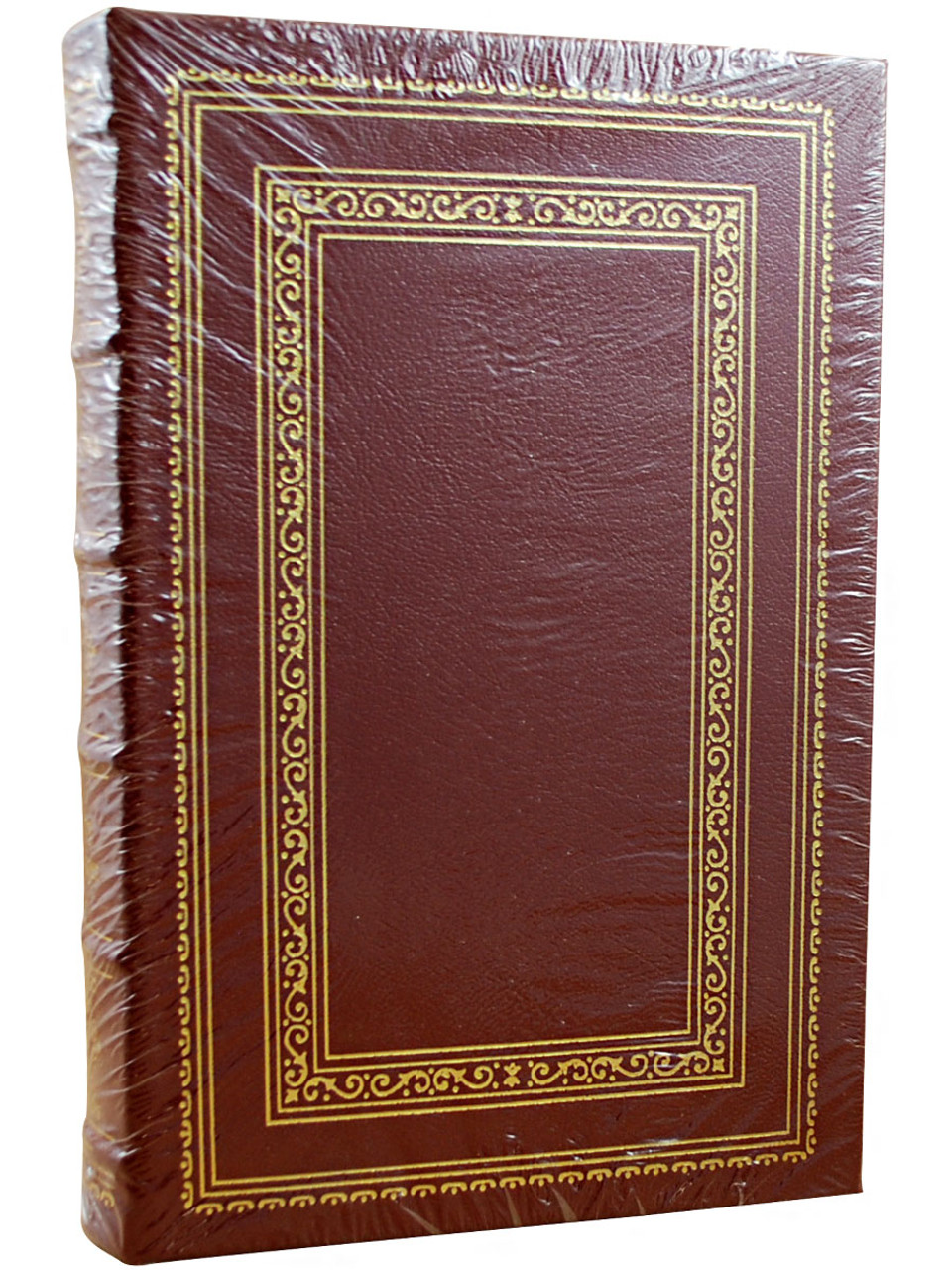 Henry Kissinger served as National Security Advisor and then Secretary of State under Richard Nixon and Gerald Ford. He received the 1973 Nobel Peace Prize, the Presidential Medal of Freedom, and the Medal of Liberty, among other awards.

In this sweeping and insightful history, Henry Kissinger turns for the first time at book length to a country he has known intimately for decades and whose modern relations with the West he helped shape. On China illuminates the inner workings of Chinese diplomacy during such pivotal events as the initial encounters between China and tight line modern European powers, the formation and breakdown of the Sino-Soviet alliance, the Korean War, and Richard Nixon’s historic trip to Beijing. With a new final chapter on the emerging superpower’s twenty-first-century role in global politics and economics, On China provides historical perspective on Chinese foreign affairs from one of the premier statesmen of our time.

“No one can lay claim to so much influence on the shaping of foreign policy over the past 50 years as Henry Kissinger.” —The Financial Times

On China is a 2011 non-fiction book by Henry Kissinger, former National Security Adviser and United States Secretary of State. The book is part an effort to make sense of China's strategy in diplomacy and foreign policy over 3000 years and part an attempt to provide an authentic insight on Chinese Communist Party leaders. Kissinger, considered one of the most famous diplomats of the 20th century, played an integral role in developing the relationship between the United States and the People’s Republic of China during the Nixon administration, which culminated in Nixon's 1972 visit to China.

Kissinger's book focuses on Chinese history through the lens of foreign policy considerations, particularly his own brand of realpolitik. The book begins by inspecting China's historical views on peace and war, international order and compares it to the United States' approach to foreign policy. The book follows how Sino-Soviet border clashes forced China to consider building a relationship with the United States. Kissinger records his own experiences in coordinating the 1972 Nixon visit, including authentic accounts on the nature of Mao Zedong and personality of Zhou Enlai. The final part of the book looks to the future of Sino-American relations, critiquing the areas which prevent the US and China from developing a mutually beneficial relationship whilst warning of the consequences of another cold war.

The book is a combination of pure history, discussion of foreign policy and personal narration of Kissinger's experiences in China.[8] It does not fit in to the genre of autobiography, memoir or monograph, but can be considered part reminiscence, part reflection, part history and part exploration in to the life of Kissinger and his experiences with China. The book has received various reviews since its release in 2011. The response to Kissinger was polarising with the book receiving varying responses from several newspapers and individuals.

“Fascinating, shrewd . . . [The book’s] portrait of China is informed by Mr. Kissinger’s intimate firsthand knowledge of several generations of Chinese leaders. The book deftly traces the rhythms and patterns in Chinese history . . . even as it explicates the philosophical differences that separate it from the United States.” —Michiko Kakutani, The New York Times

“Nobody living can claim greater credit than Mr. Kissinger for America's 1971 opening to Beijing, after more than two decades of estrangement, and for China's subsequent opening to the world. So it's fitting that Mr. Kissinger has now written On China, a fluent, fascinating . . . book that is part history, part memoir and above all an examination of the premises, methods and aims of Chinese foreign policy.” —The Wall Street Journal

“Fascinating . . . In On China, statesman Henry Kissinger draws on historical records and 40 years of direct interaction with four generations of Chinese leaders to analyze the link between China’s ancient past and its present day trajectory. In doing so, the man who helped shape modern East-West relations presents an often unsettling, occasionally hopeful and always compelling accounting of what we’re up against.” —The Chicago Sun-Times

“Fascinating . . . No living American has played a more important role than Henry Kissinger, the former national security adviser and secretary of state, in bringing about the historic rapprochement between the United States and China. . . . [Kissinger] draw[s] deep insights into China's traumatic encounter with much stronger Western powers.” —The San Francisco Chronicle

“On China, Kissinger's 13th book, blends an incisive strategic analysis of the moves and countermoves of China, the United States and the former Soviet Union with telling vignettes about his meetings with Chinese Communist Party leaders . . . entertaining.” —The Los Angeles Times

“No one can lay claim to so much influence on the shaping of foreign policy over the past 50 years as Henry Kissinger.” —The Financial Times

“From the eminent elder statesman, an astute appraisal on Chinese diplomacy from ancient times to the fraught present “strategic trust” with the United States. Former Secretary of State Kissinger brings his considerable scholarly knowledge and professional expertise to this chronicle of the complicated evolution and precarious future of Chinese diplomacy with the West. . . . Sage words and critical perspective lent by a significant participant in historical events.” —Kirkus Reviews

Henry Alfred Kissinger KCMG ( born Heinz Alfred Kissinger; May 27, 1923) is a German-born American politician, diplomat, and geopolitical consultant who served as United States Secretary of State and National Security Advisor under the presidential administrations of Richard Nixon and Gerald Ford. A Jewish refugee who fled Nazi Germany with his family in 1938, he became National Security Advisor in 1969 and U.S. Secretary of State in 1973. For his actions negotiating a ceasefire in Vietnam, Kissinger received the 1973 Nobel Peace Prize under controversial circumstances, with two members of the committee resigning in protest.

A practitioner of Realpolitik, Kissinger played a prominent role in United States foreign policy between 1969 and 1977. During this period, he pioneered the policy of détente with the Soviet Union, orchestrated the opening of relations with China, engaged in what became known as shuttle diplomacy in the Middle East to end the Yom Kippur War, and negotiated the Paris Peace Accords, ending American involvement in the Vietnam War. Kissinger has also been associated with such controversial policies as U.S. involvement in the 1973 Chilean military coup, a "green light" to Argentina's military junta for their Dirty War, and U.S. support for Pakistan during the Bangladesh War despite a genocide being perpetrated by Pakistan. After leaving government, he formed Kissinger Associates, an international geopolitical consulting firm. Kissinger has written over a dozen books on diplomatic history and international relations.

Kissinger remains a controversial and polarizing figure in U.S. politics, both condemned as an alleged war criminal by many journalists, political activists, and human rights lawyers, and venerated as a highly effective U.S. Secretary of State by many prominent international relations scholars.[9] With the death of centenarian George Shultz in February 2021, Kissinger is the oldest living former U.S. Cabinet member and the last surviving member of Nixon's Cabinet. 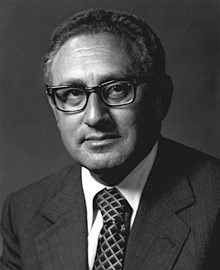