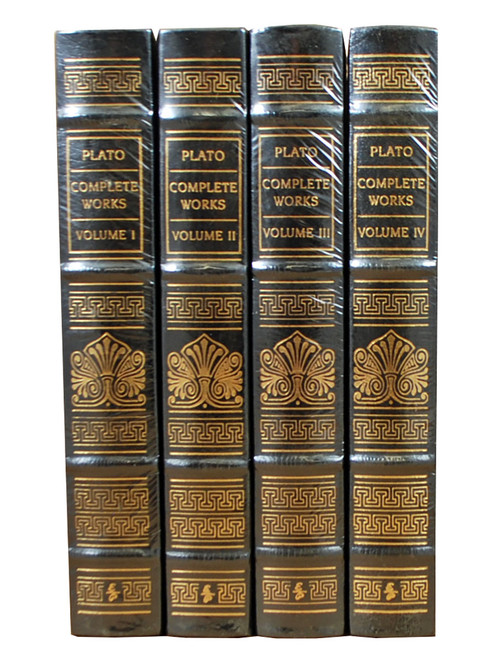 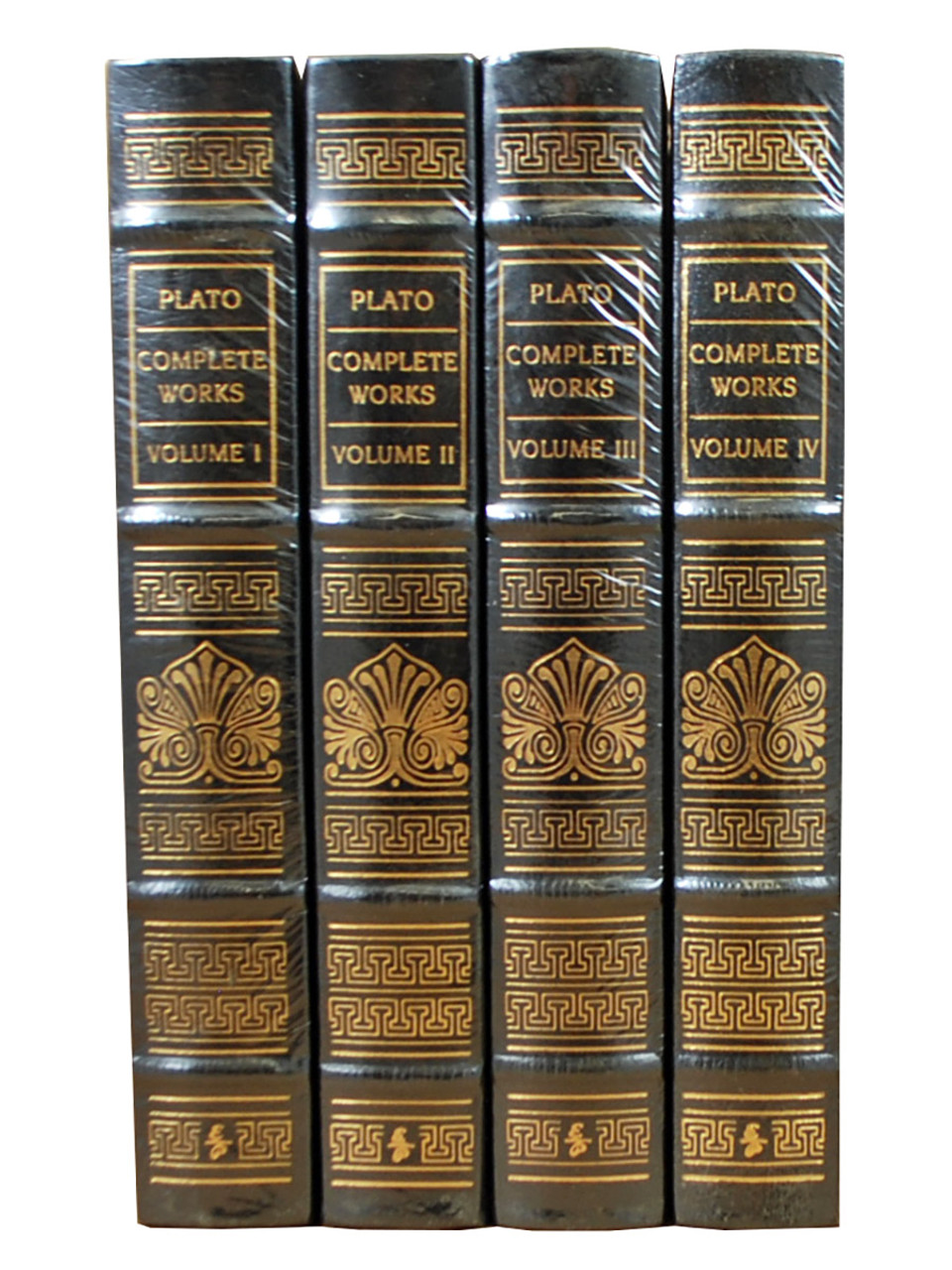 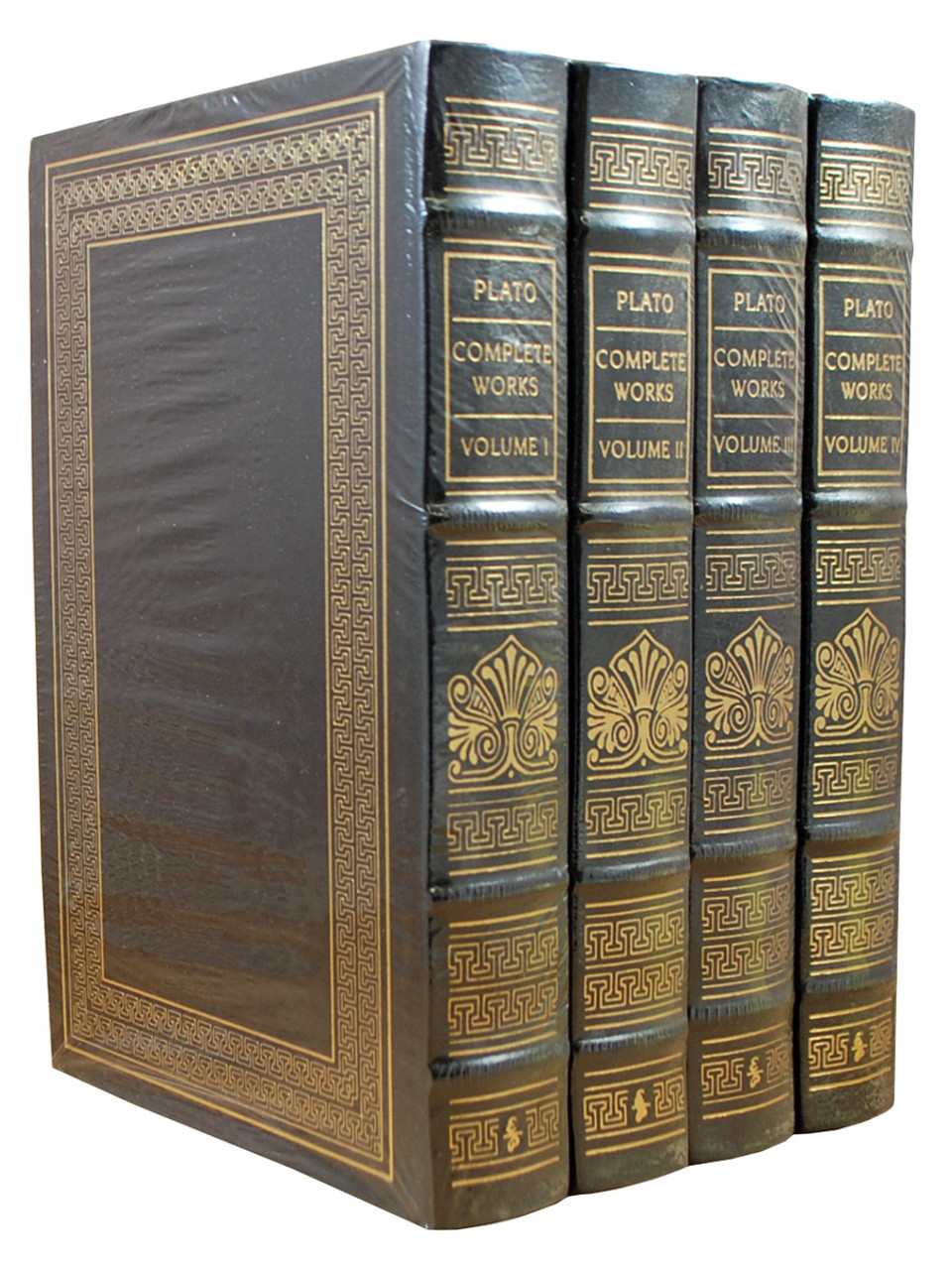 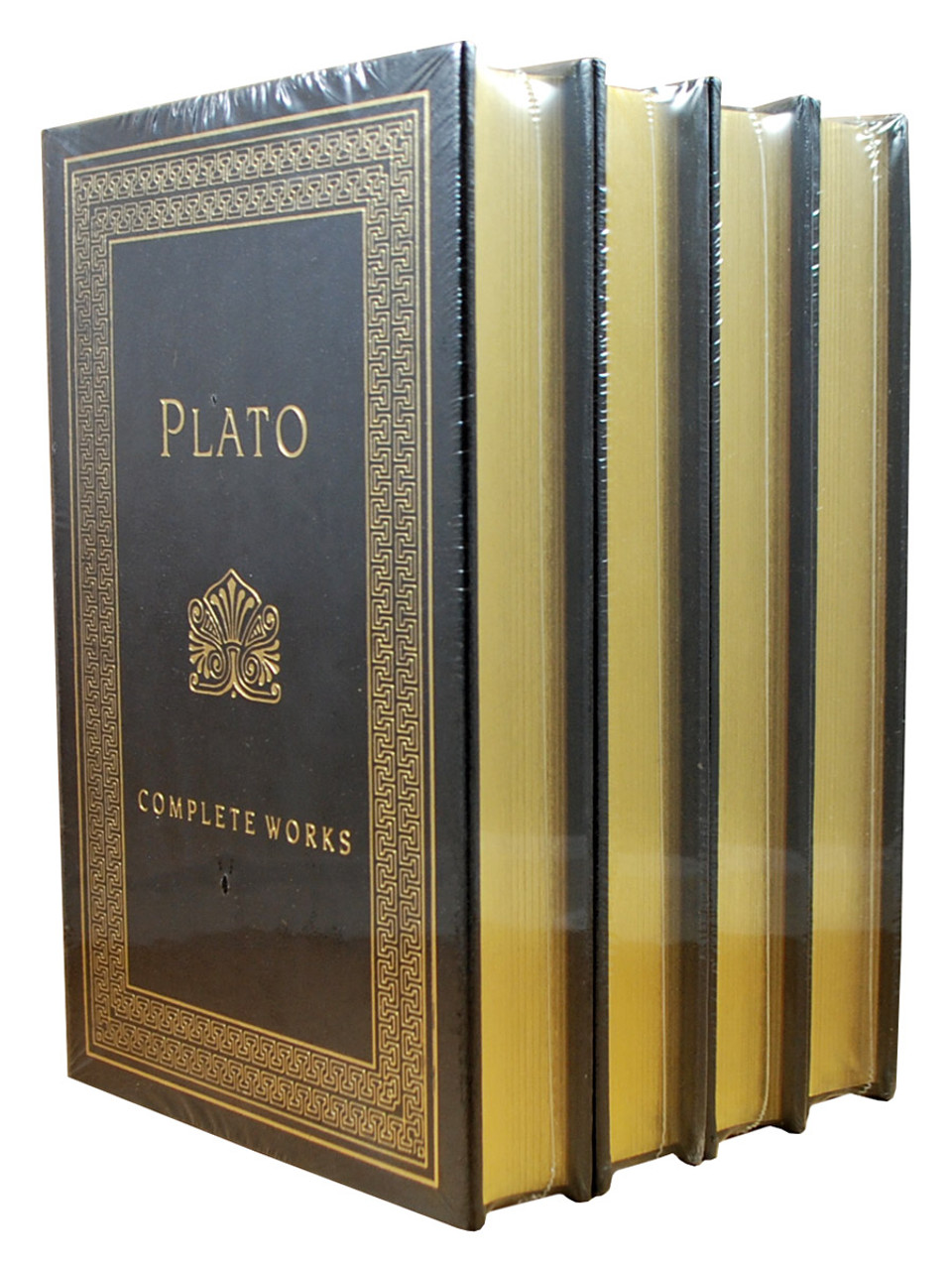 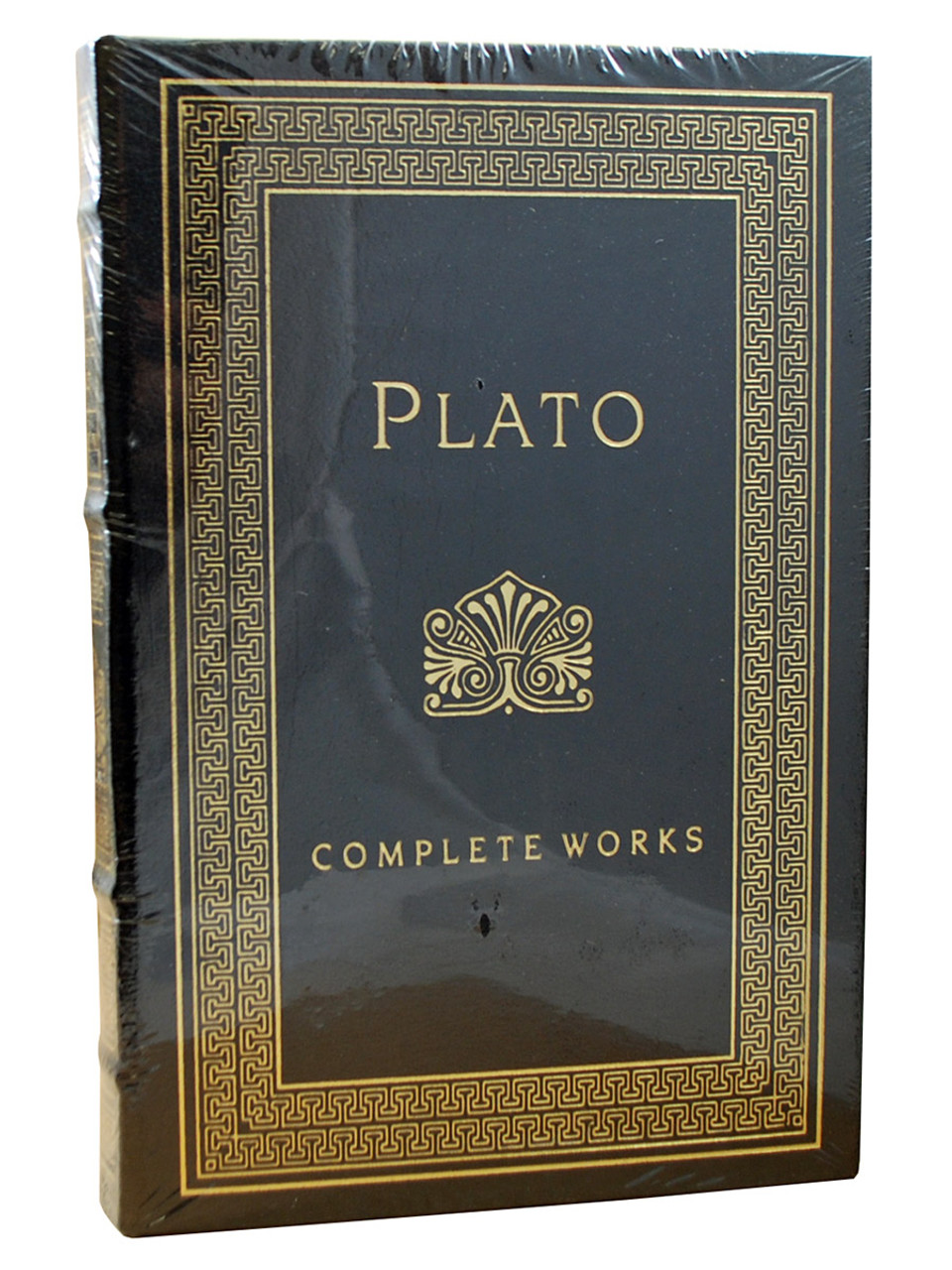 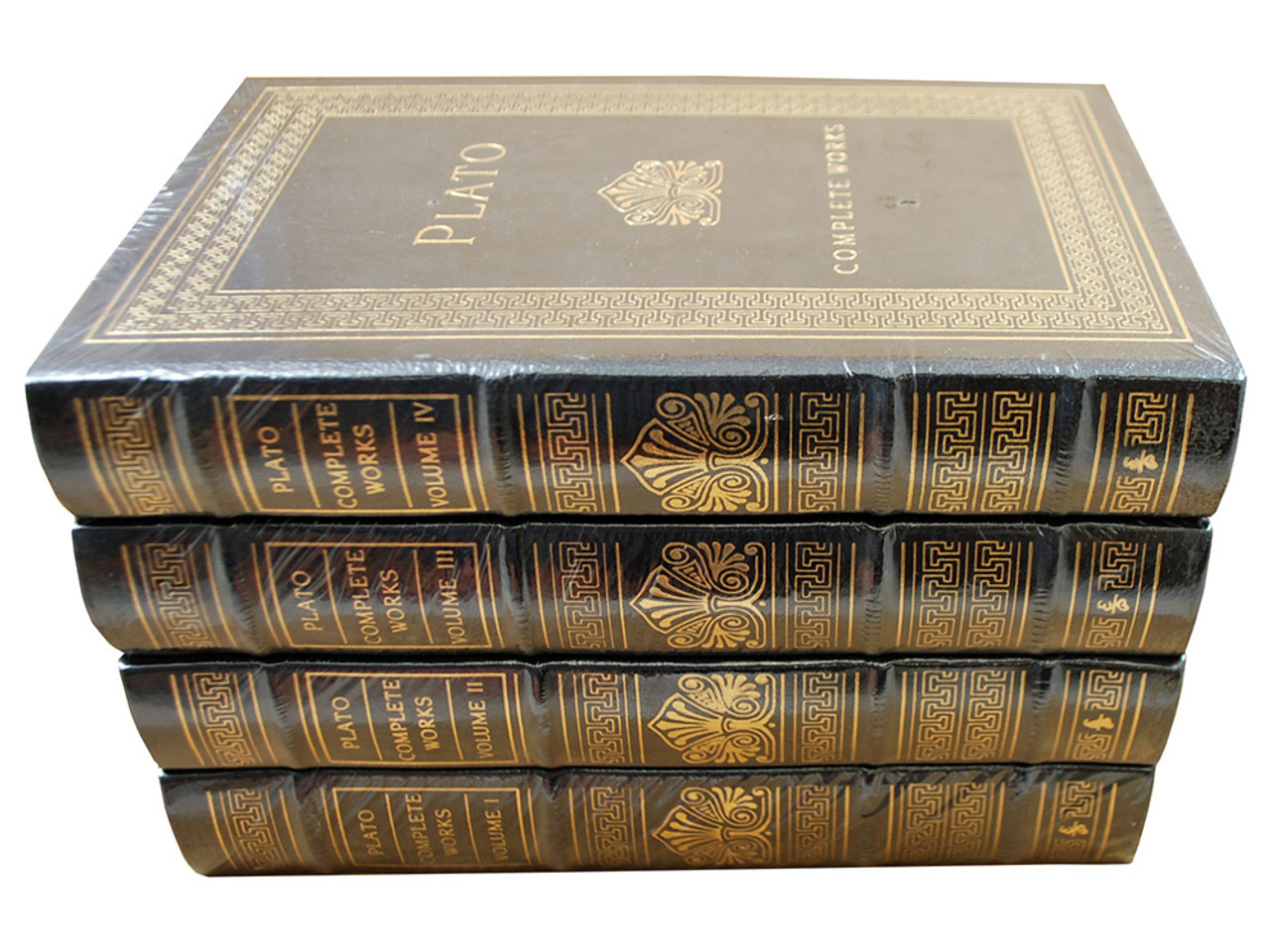 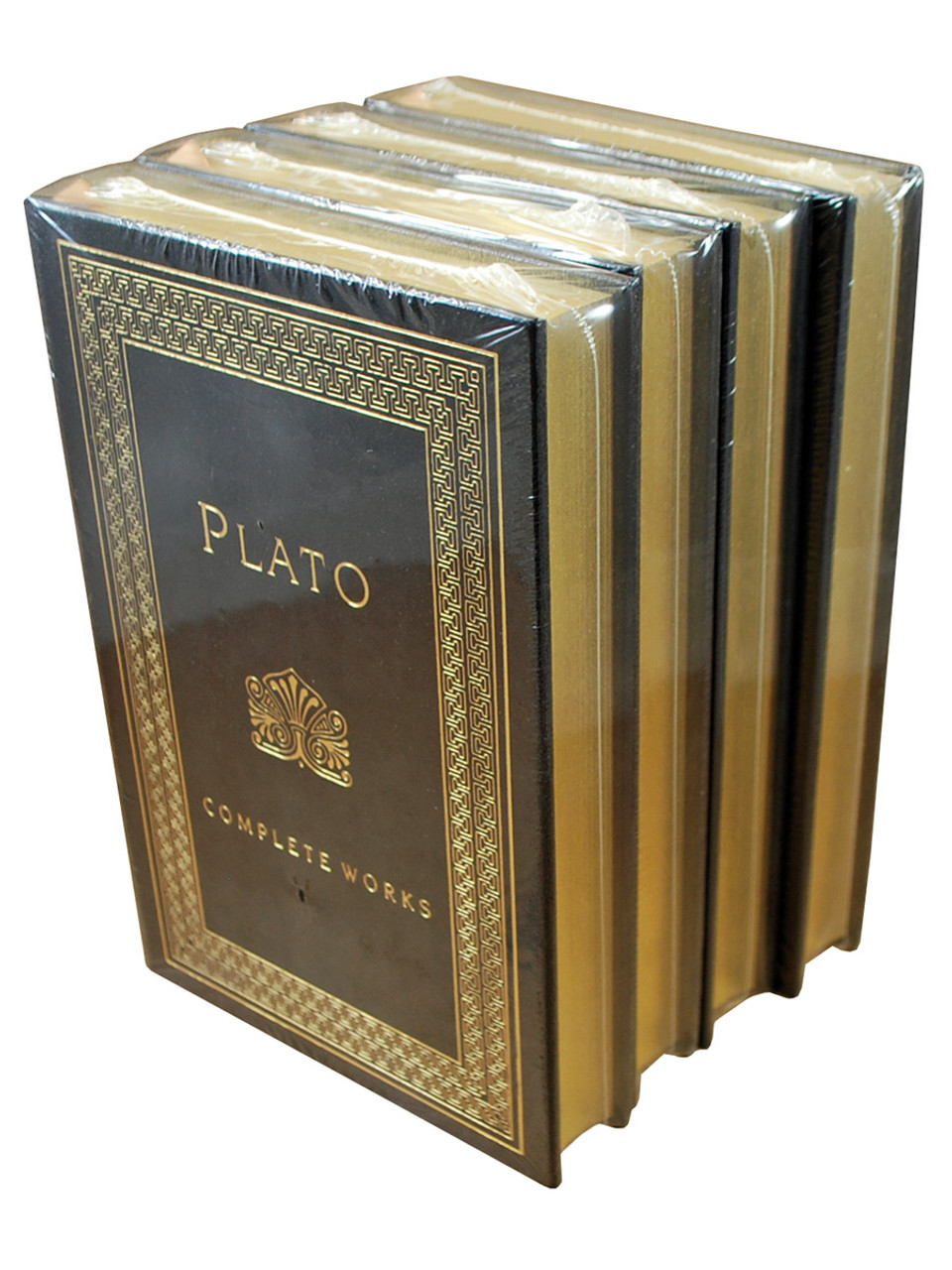 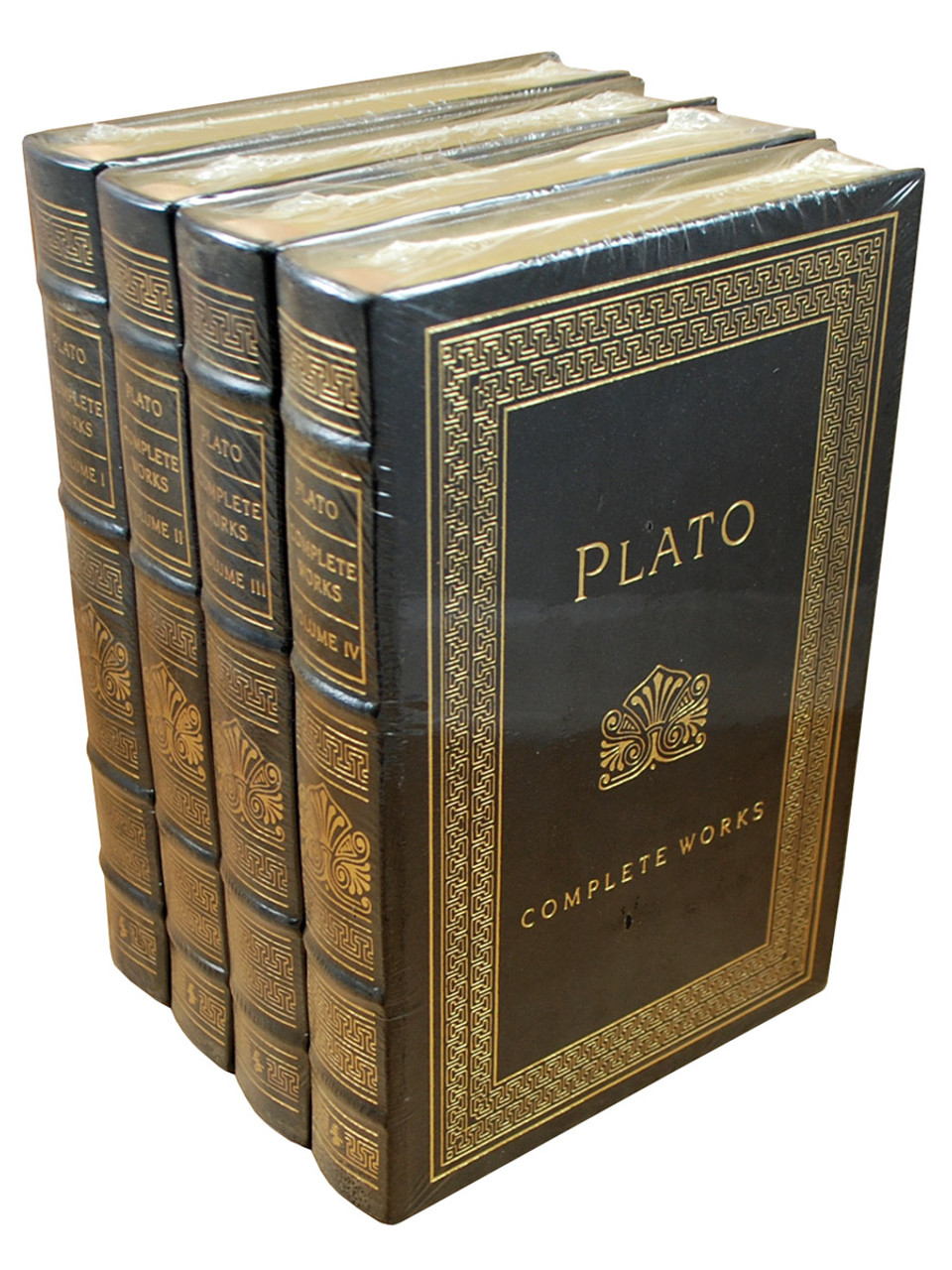 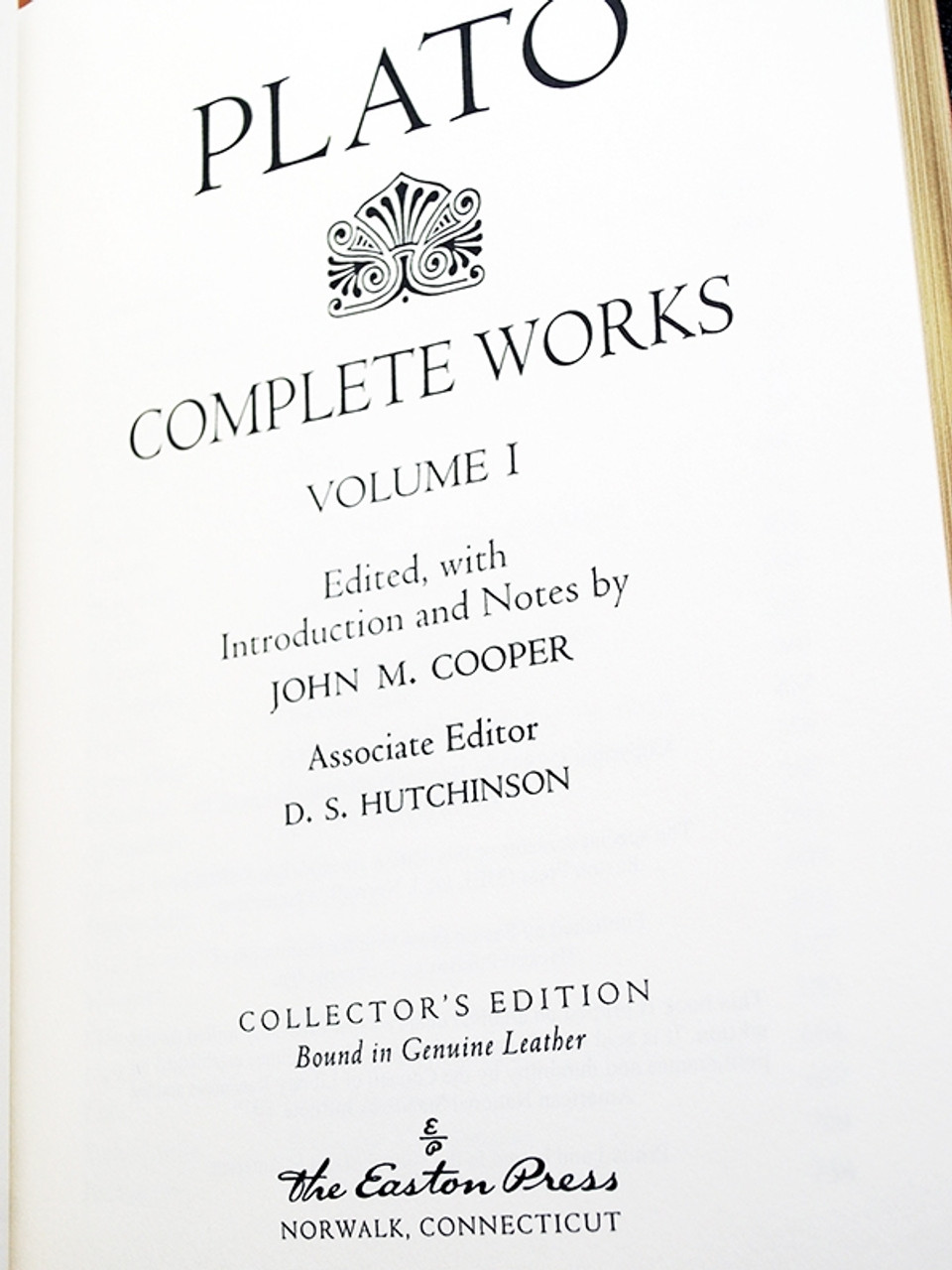 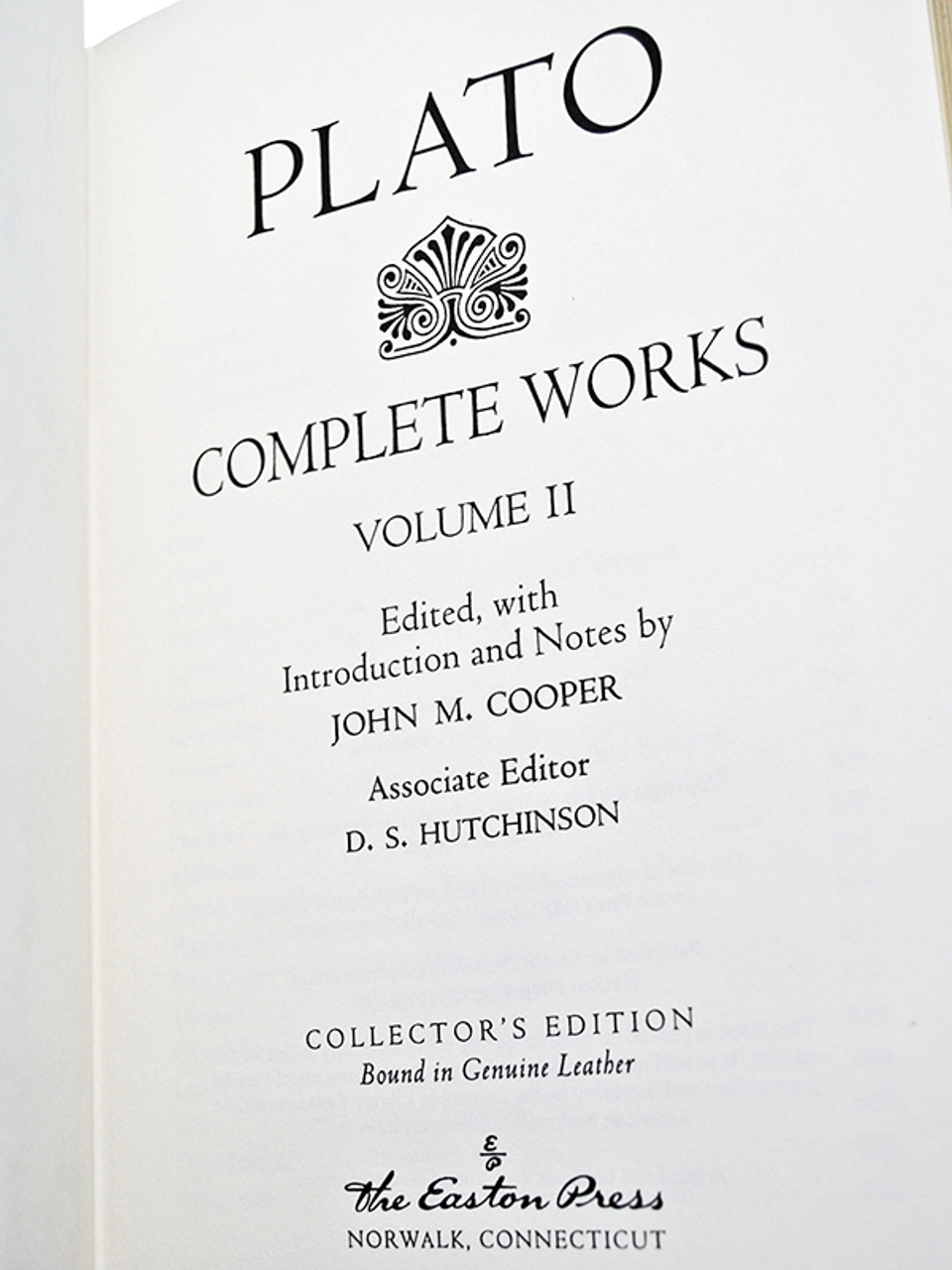 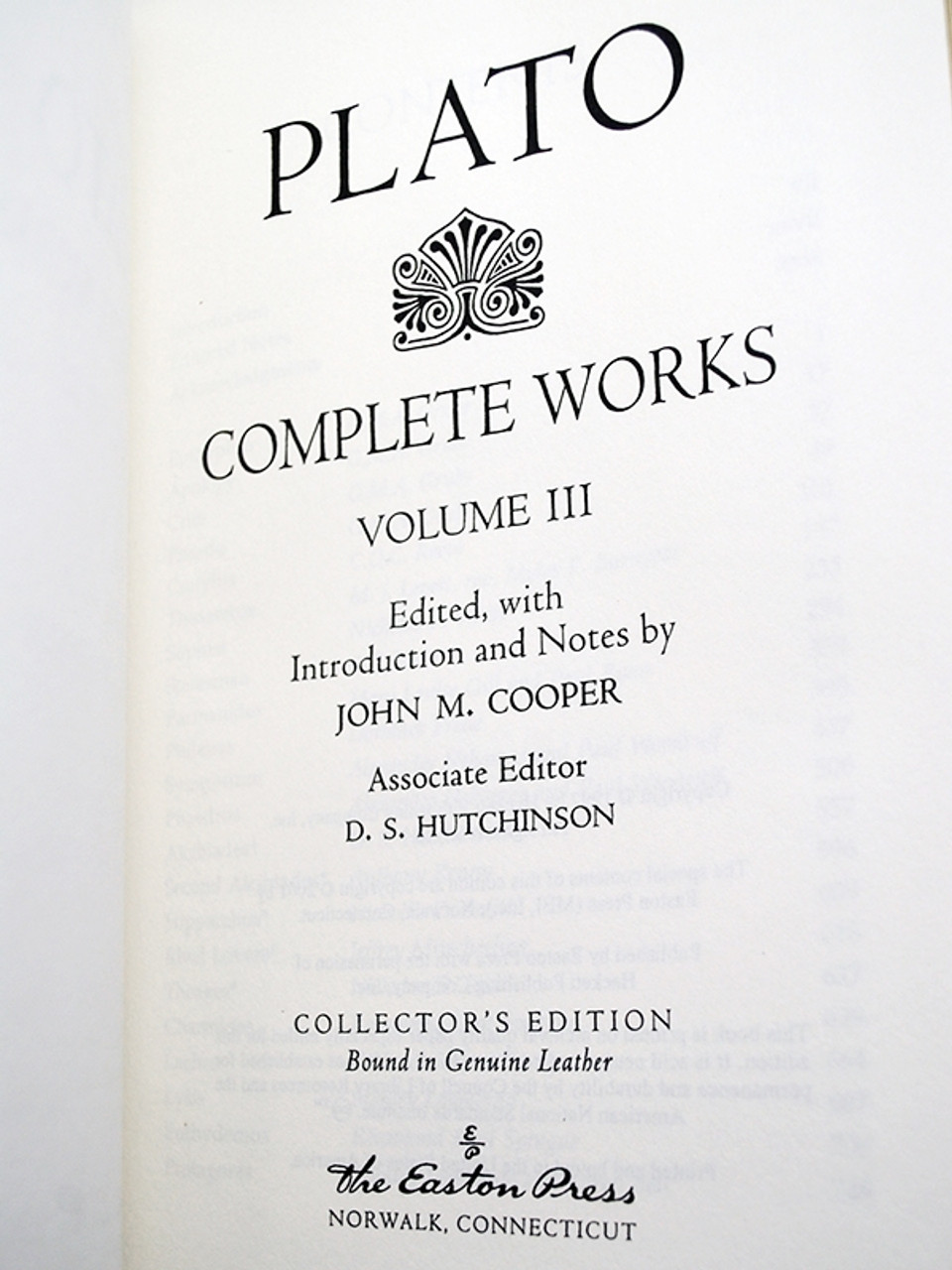 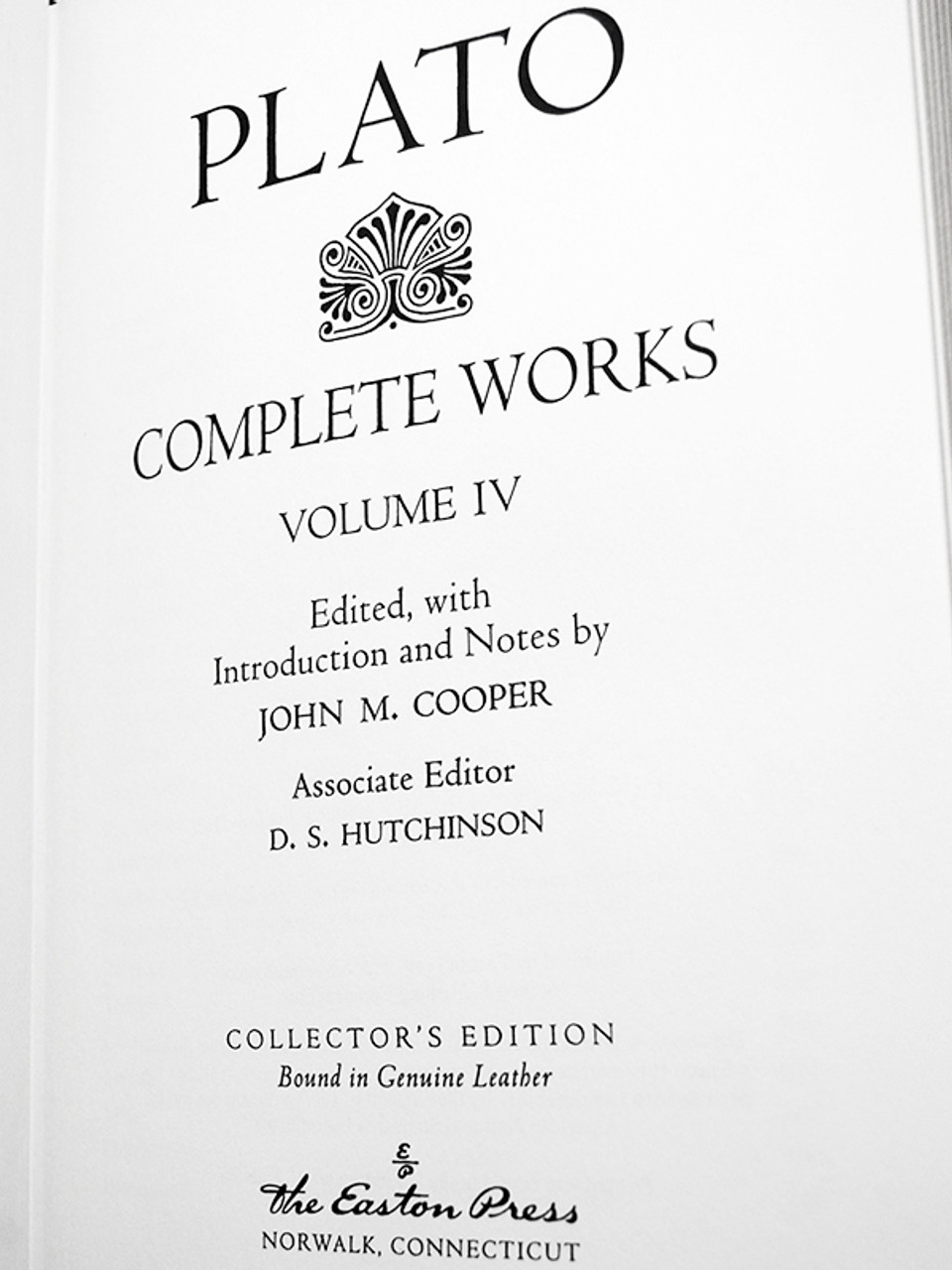 A beautiful collector's set of the greatest philosopher of ancient Greece and arguably of all the western philosophy. 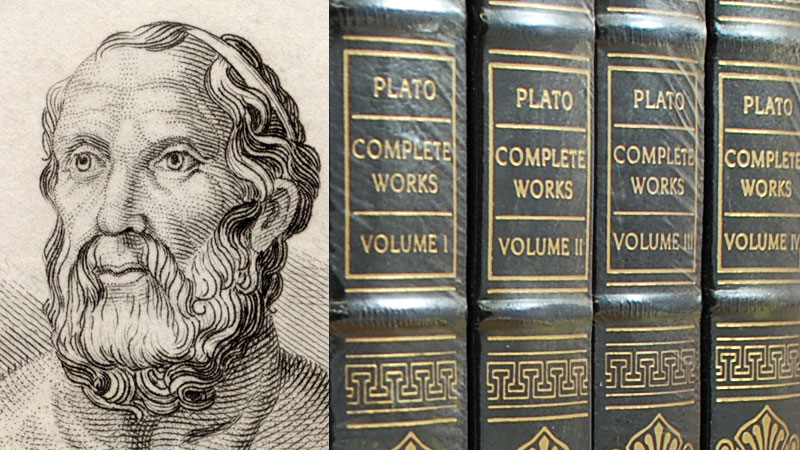 Plato was a philosopher, as well as mathematician, in Classical Greece. He is considered an essential figure in the development of philosophy, especially the Western tradition, and he founded the Academy in Athens, the first institution of higher learning in the Western world. Along with Socrates and his most famous student, Aristotle, Plato laid the foundations of Western philosophy and science. Alfred North Whitehead once noted: "the safest general characterization of the European philosophical tradition is that it consists of a series of footnotes to Plato."

Plato's dialogues have been used to teach a range of subjects, including philosophy, logic, ethics, rhetoric, religion and mathematics. His lasting themes include Platonic love, the theory of forms, the five regimes, innate knowledge, among others. His theory of forms launched a unique perspective on abstract objects, and led to a school of thought called Platonism. Plato's writings have been published in several fashions; this has led to several conventions regarding the naming and referencing of Plato's texts.

Plato (in Classical Attic; 428/427 or 424/423 – 348/347 BC) was an Athenian philosopher during the Classical period in Ancient Greece, founder of the Platonist school of thought and the Academy, the first institution of higher learning in the Western world.

He is widely considered one of the most important and influential individuals in human history, and the pivotal figure in the history of Ancient Greek and Western philosophy, along with his teacher, Socrates, and his most famous student, Aristotle. Plato has also often been cited as one of the founders of Western religion and spirituality. The so-called neoplatonism of philosophers such as Plotinus and Porphyry greatly influenced Christianity through Church Fathers such as Augustine. Alfred North Whitehead once noted: "the safest general characterization of the European philosophical tradition is that it consists of a series of footnotes to Plato."

Plato was an innovator of the written dialogue and dialectic forms in philosophy. Plato is also considered the founder of Western political philosophy. His most famous contribution is the theory of Forms known by pure reason, in which Plato presents a solution to the problem of universals known as Platonism (also ambiguously called either Platonic realism or Platonic idealism). He is also the namesake of Platonic love and the Platonic solids.

His own most decisive philosophical influences are usually thought to have been along with Socrates, the pre-Socratics Pythagoras, Heraclitus and Parmenides, although few of his predecessors' works remain extant and much of what we know about these figures today derives from Plato himself. Unlike the work of nearly all of his contemporaries, Plato's entire body of work is believed to have survived intact for over 2,400 years. Although their popularity has fluctuated, Plato's works have consistently been read and studied.

VERY FINE GUARANTEED. New and sealed without any flaws for all four volumes. Unread books with square and tight spines. Sharp corners without any bookplates attached or indication of any removed.