Personally signed by Richard Ford directly into the book

The Pulitzer-Prize Winning novel for 1996. As New in the original shrink-wrap. The condition is of the highest quality.

Independence Day is moving, peerlessly funny odyssey through America and through the layered consciousness of one of its most compelling literary incarnations, conducted by a novelist of astonishing empathy and perception.

In this visionary sequel to The Sportswriter, Richard Ford deepens his portrait of one of the most unforgettable characters in American fiction, and in so doing gives us an indelible portrait of America.

Frank Bascombe, in the aftermath of his divorce and the ruin of his career, has entered an "Existence Period," selling real estate in Haddam, New Jersey, and mastering the high-wire act of normalcy. But over one Fourth of July weekend, Frank is called into sudden, bewildering engagement with life.

"An extraordinary epic.... nothing less than the story of the twentieth century itself." ----The Times

"Frank Bascombe has earned a place beside Willy Loman and Harry Angstrom in our literary landscape...with a wry wit and a fin de sicle wisdom that is very much his own." ----The New York Times Book Review

"Each flash of magical dialogue, every rumination a wild surprise.... Independence Day is a confirmation of a talent as strong and varied as American fiction has to offer." ----The New York Review of Books

"A Babe Ruth of novelists.... One of the finest curators of the great American living museum." ----Washington Post Book World

"One of his generation's most eloquent voices." -----Michiko Kakutani, The New York Times 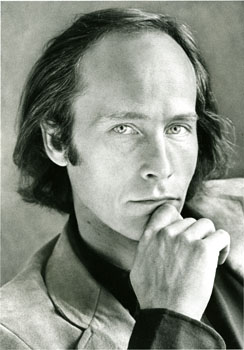 Silent Spring is an environmental science book written by Rachel Carson and published by Houghton Mifflin on September 27, 1962. The book documented the detrimental effects on the...

Personally hand signed by Zadie Smith on a special limitation page. Zadie Smith FRSL is an English novelist, essayist, and short story writer. Smith was elected a fellow of the Royal Society of...