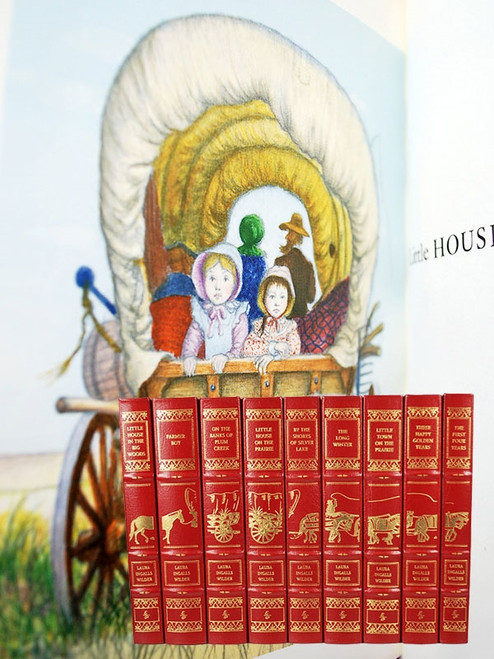 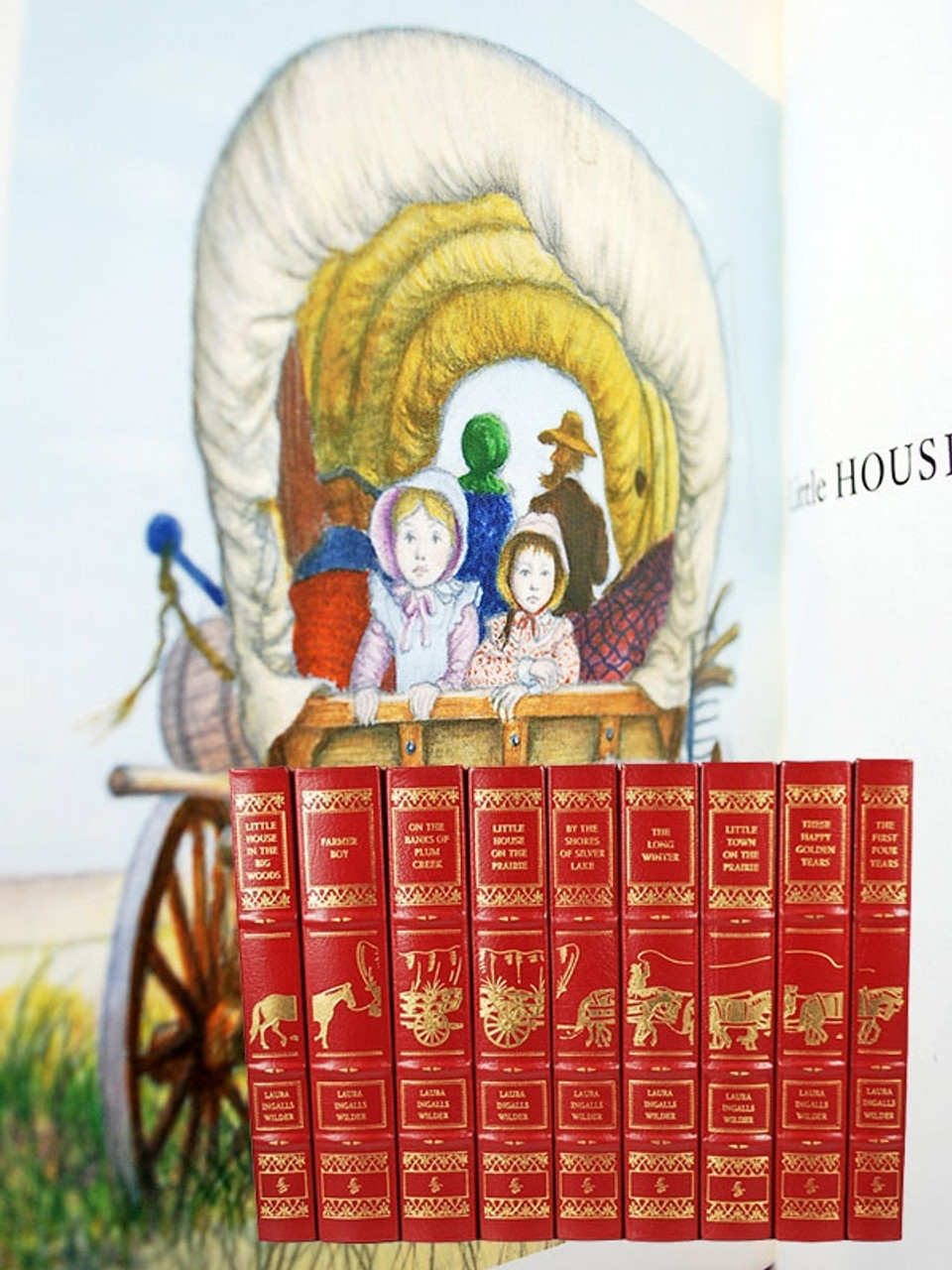 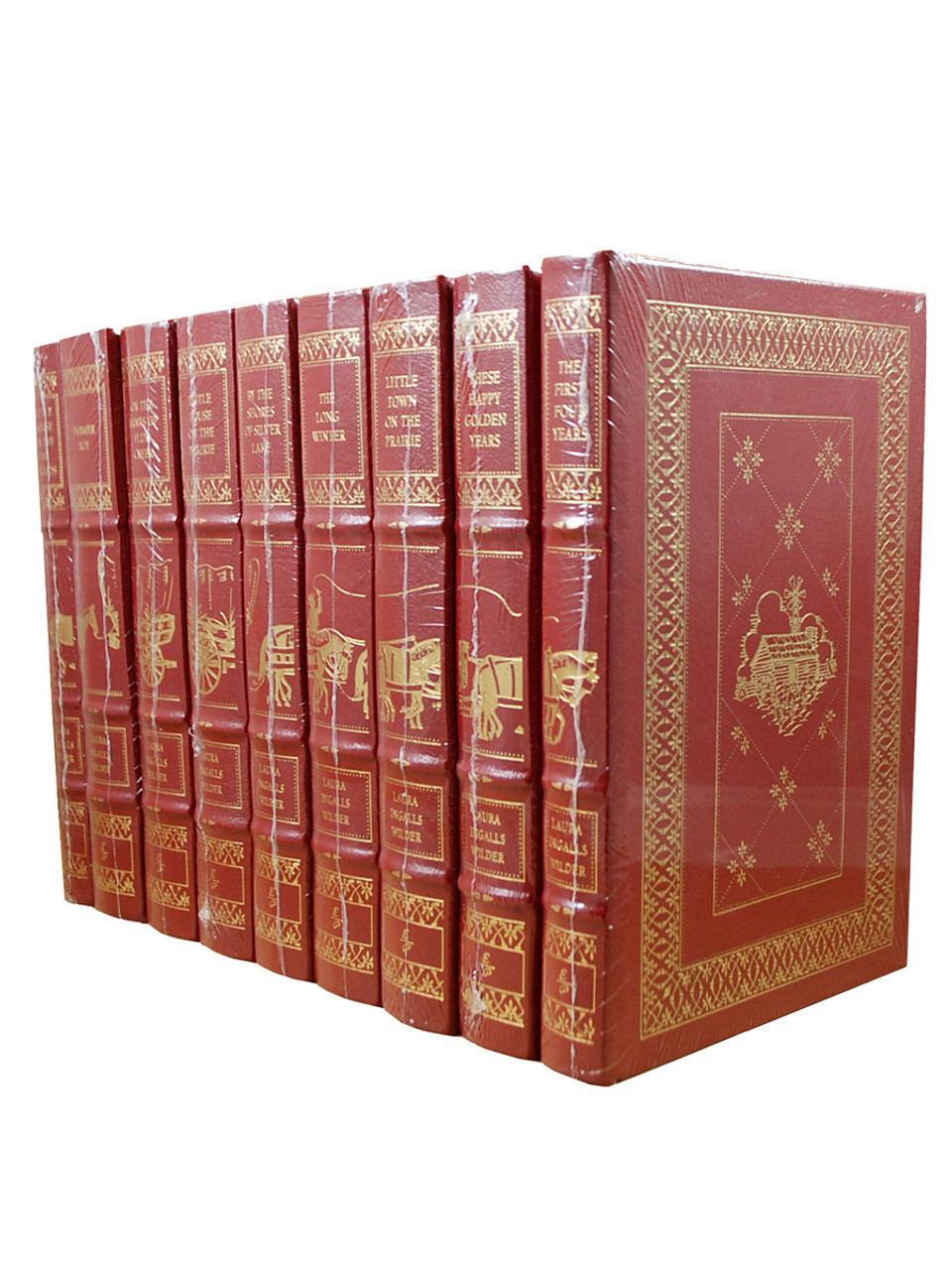 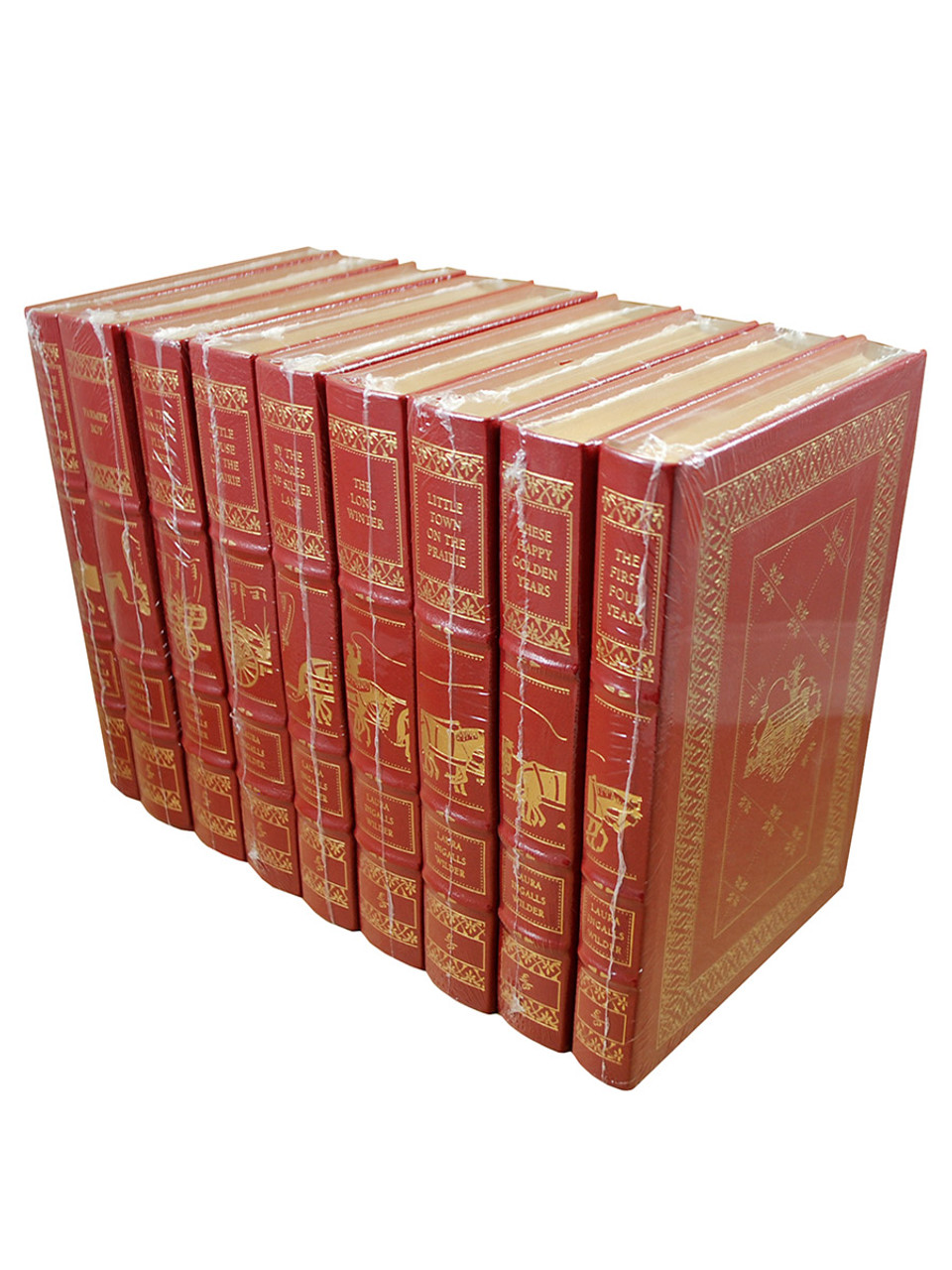 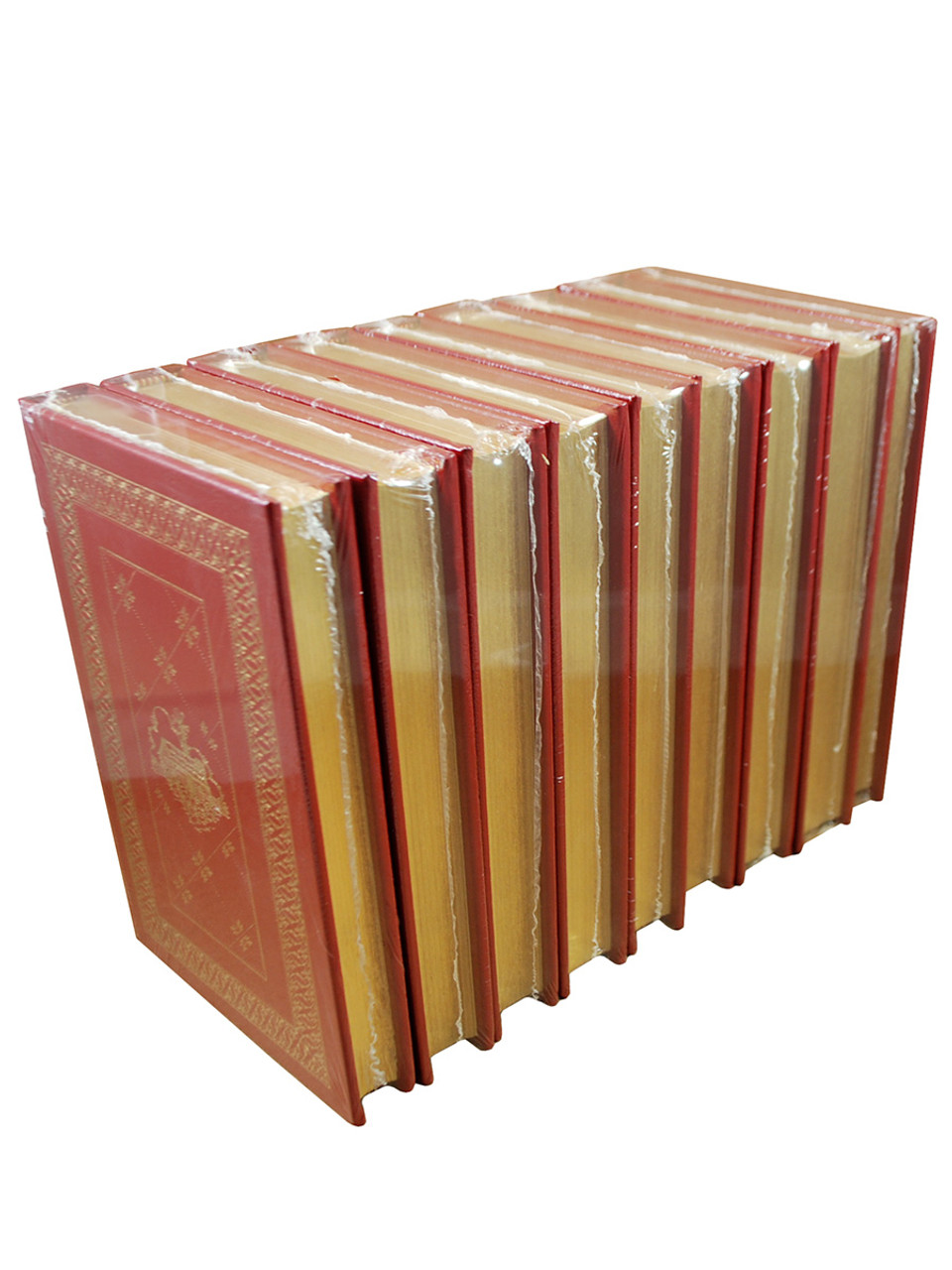 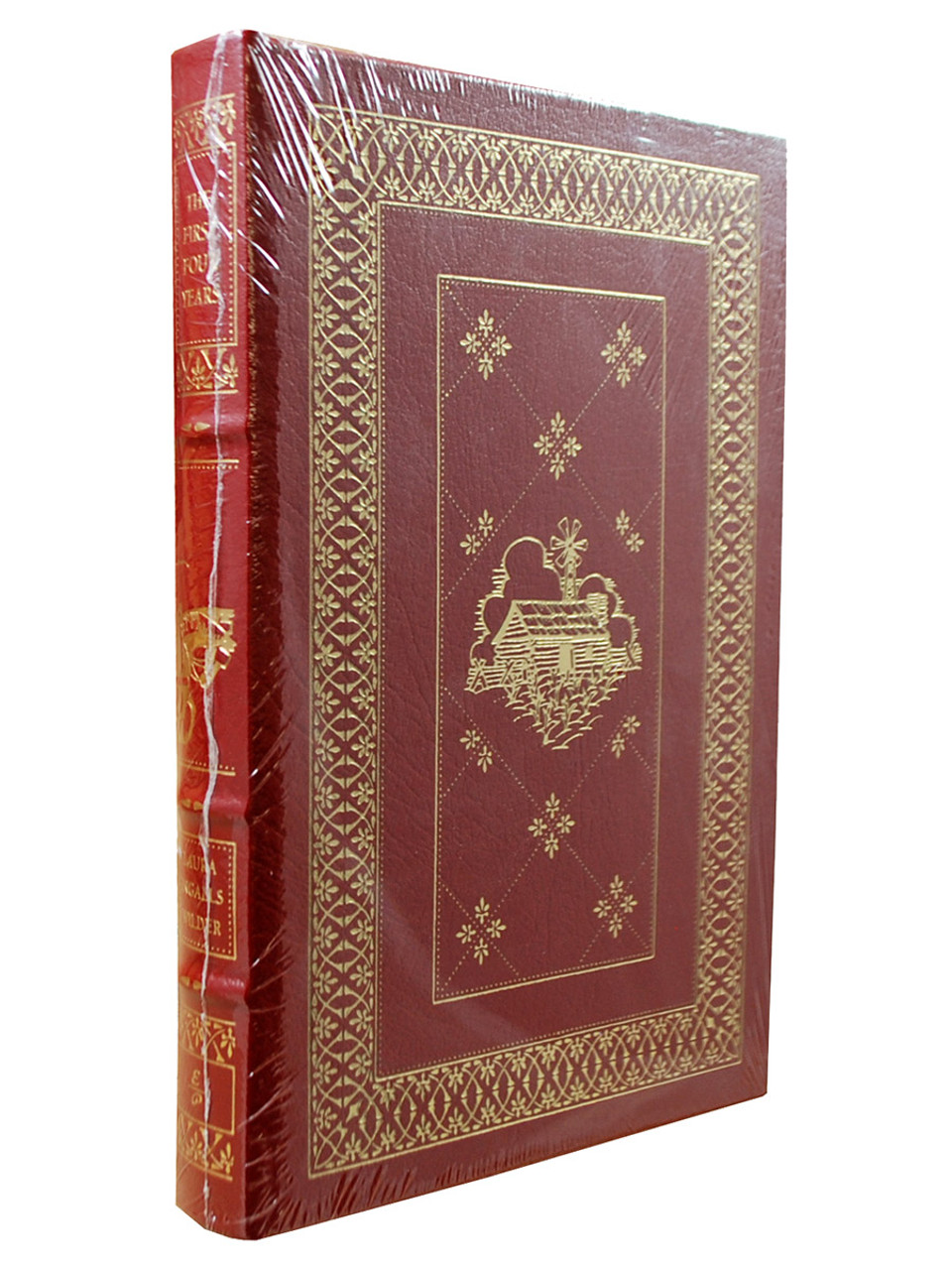 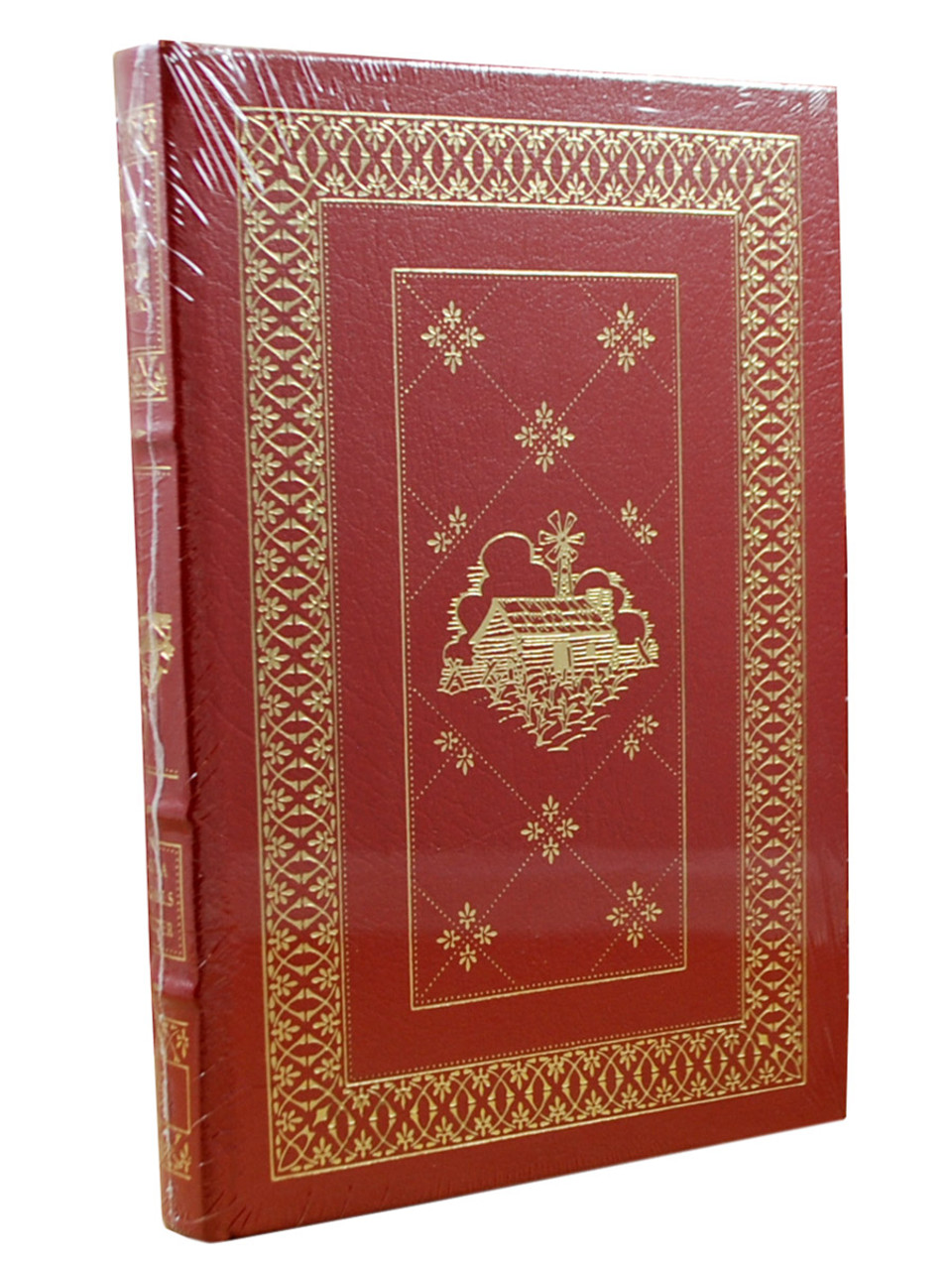 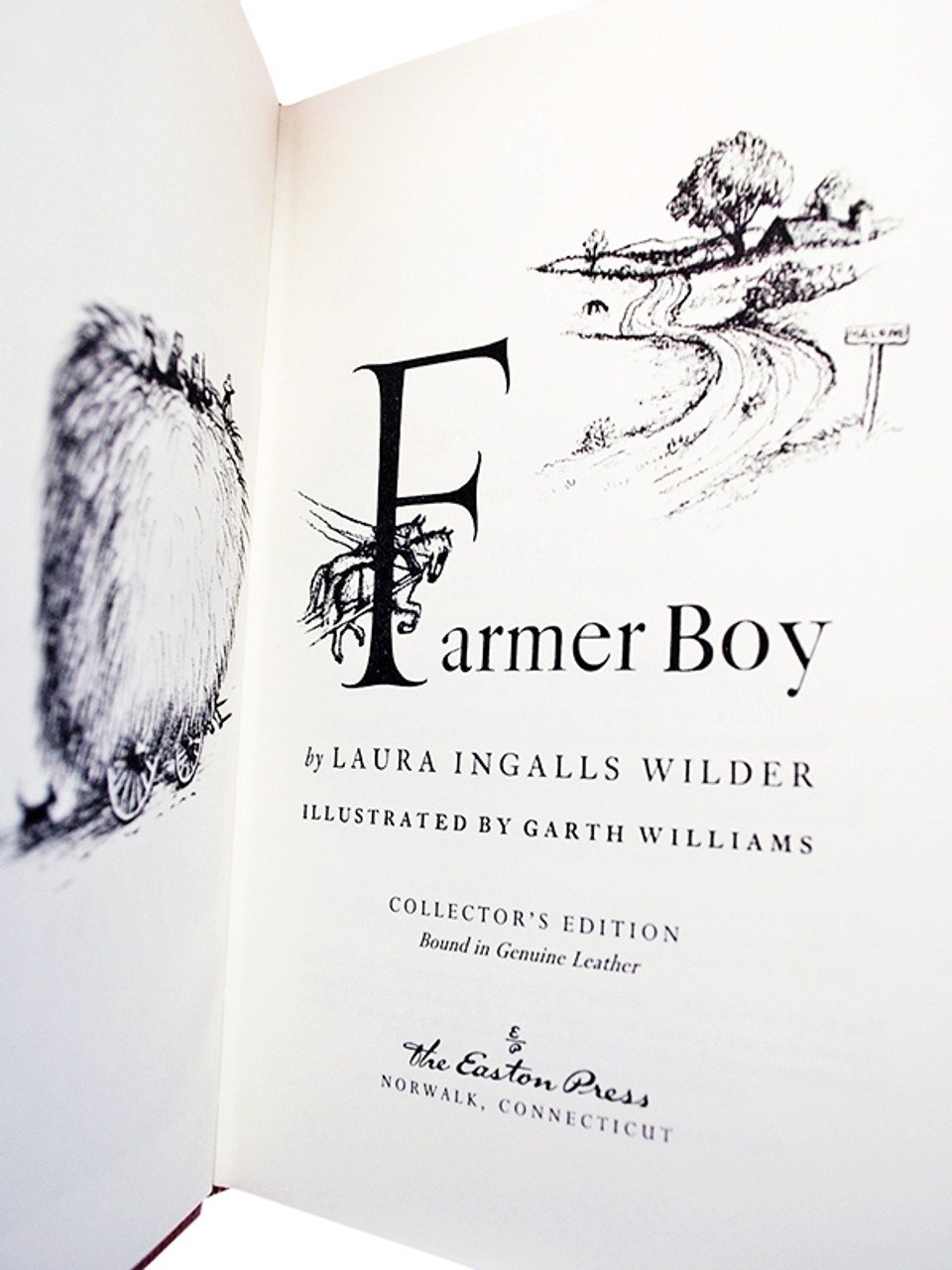 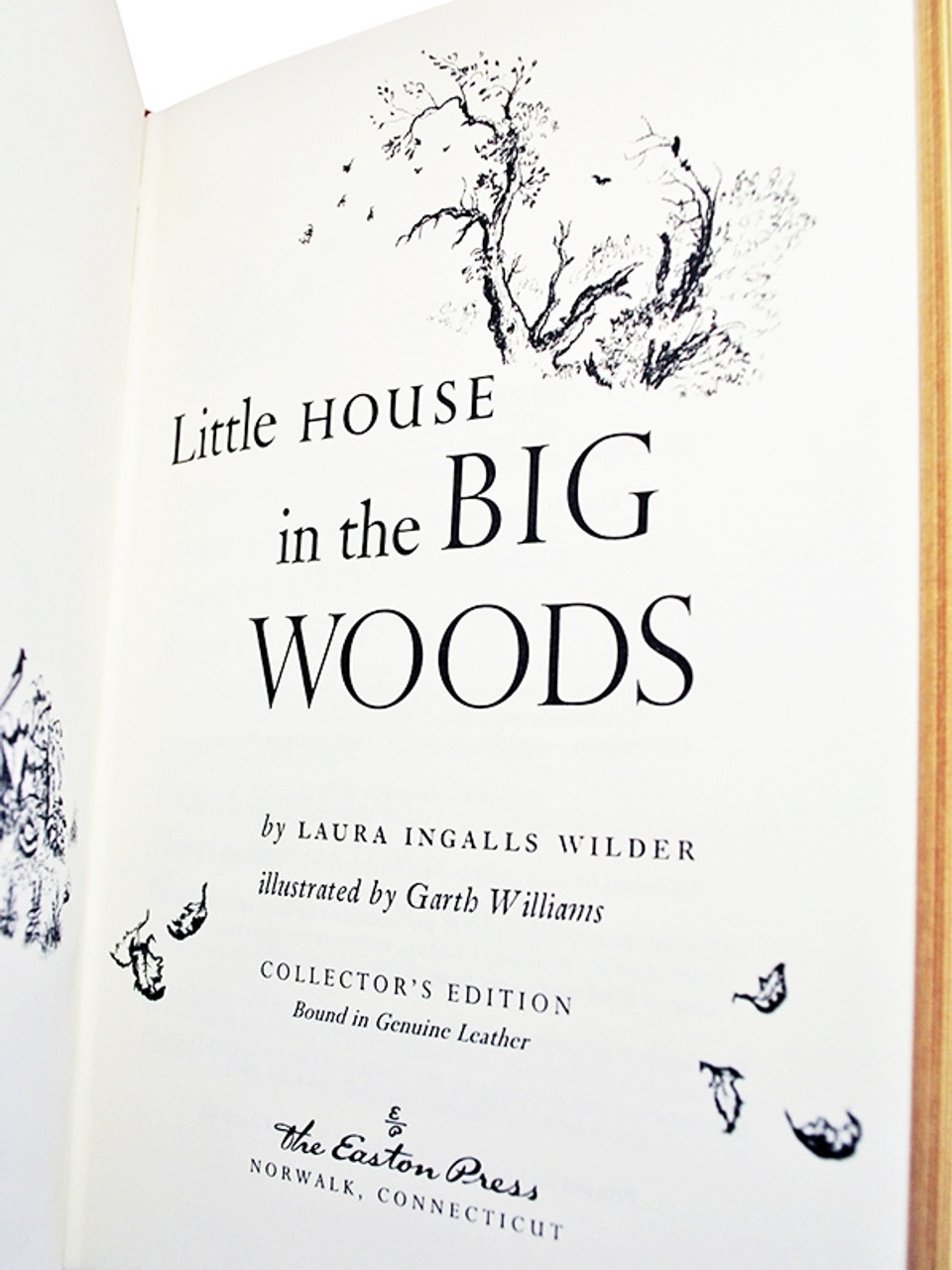 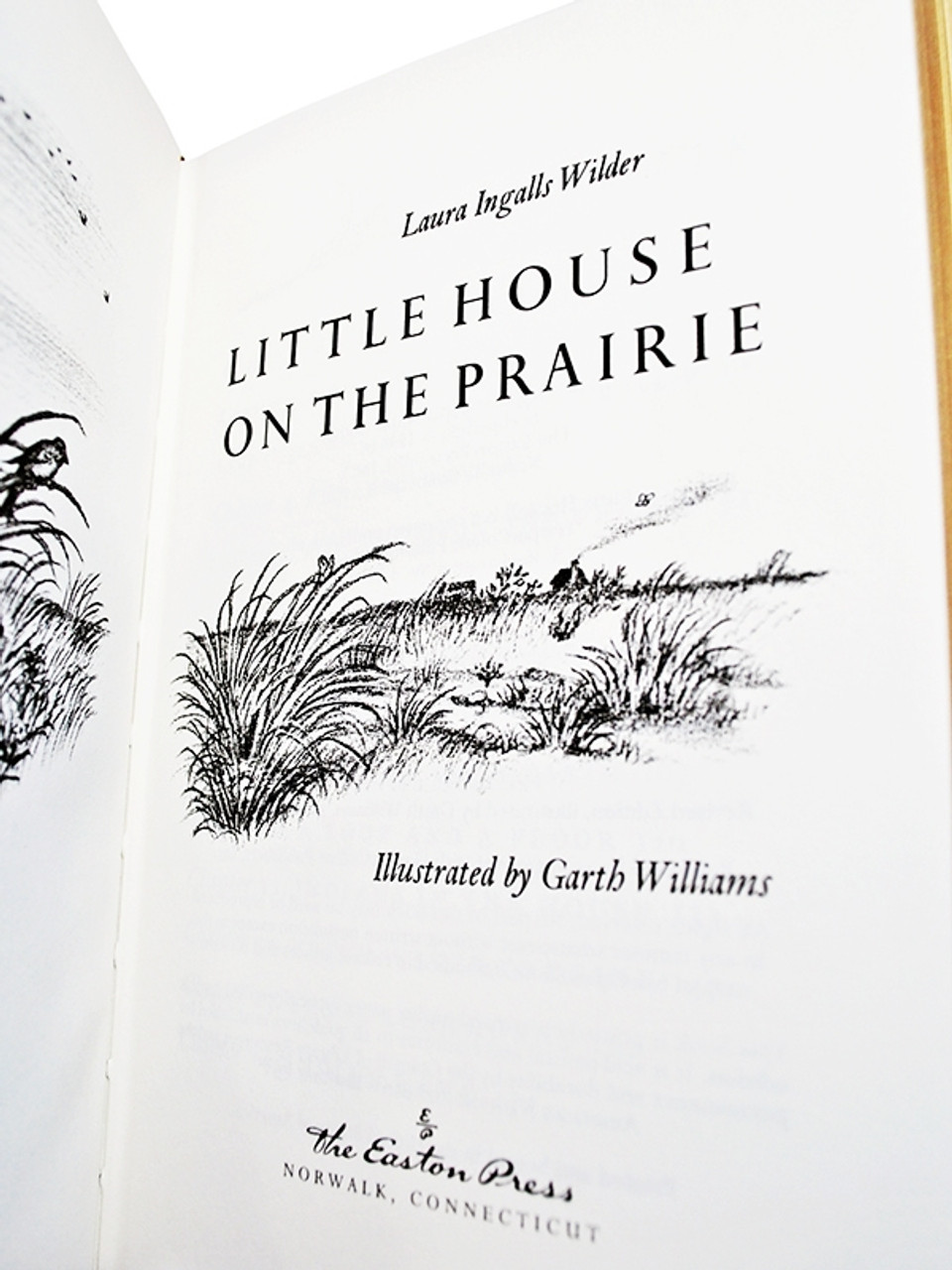 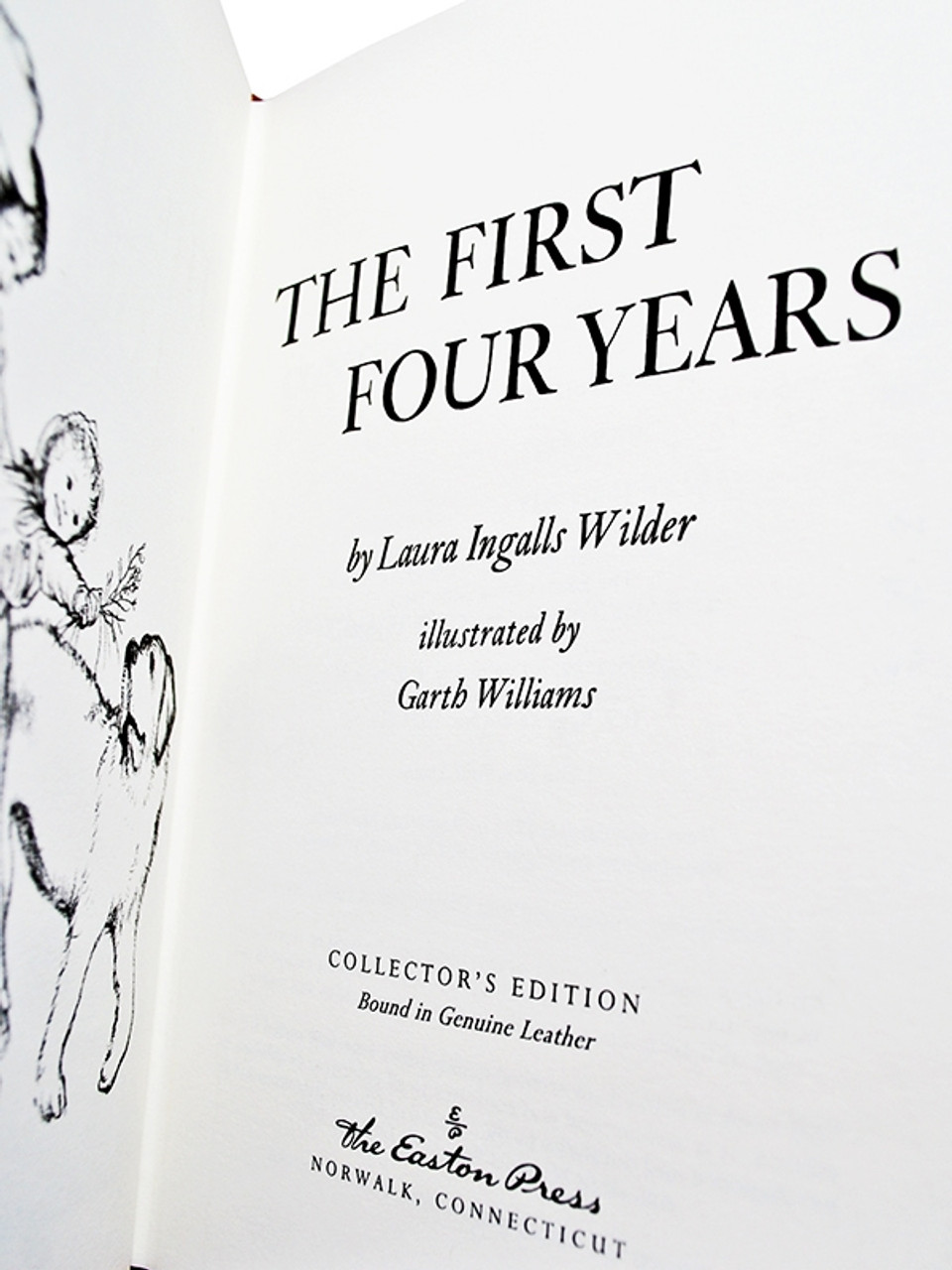 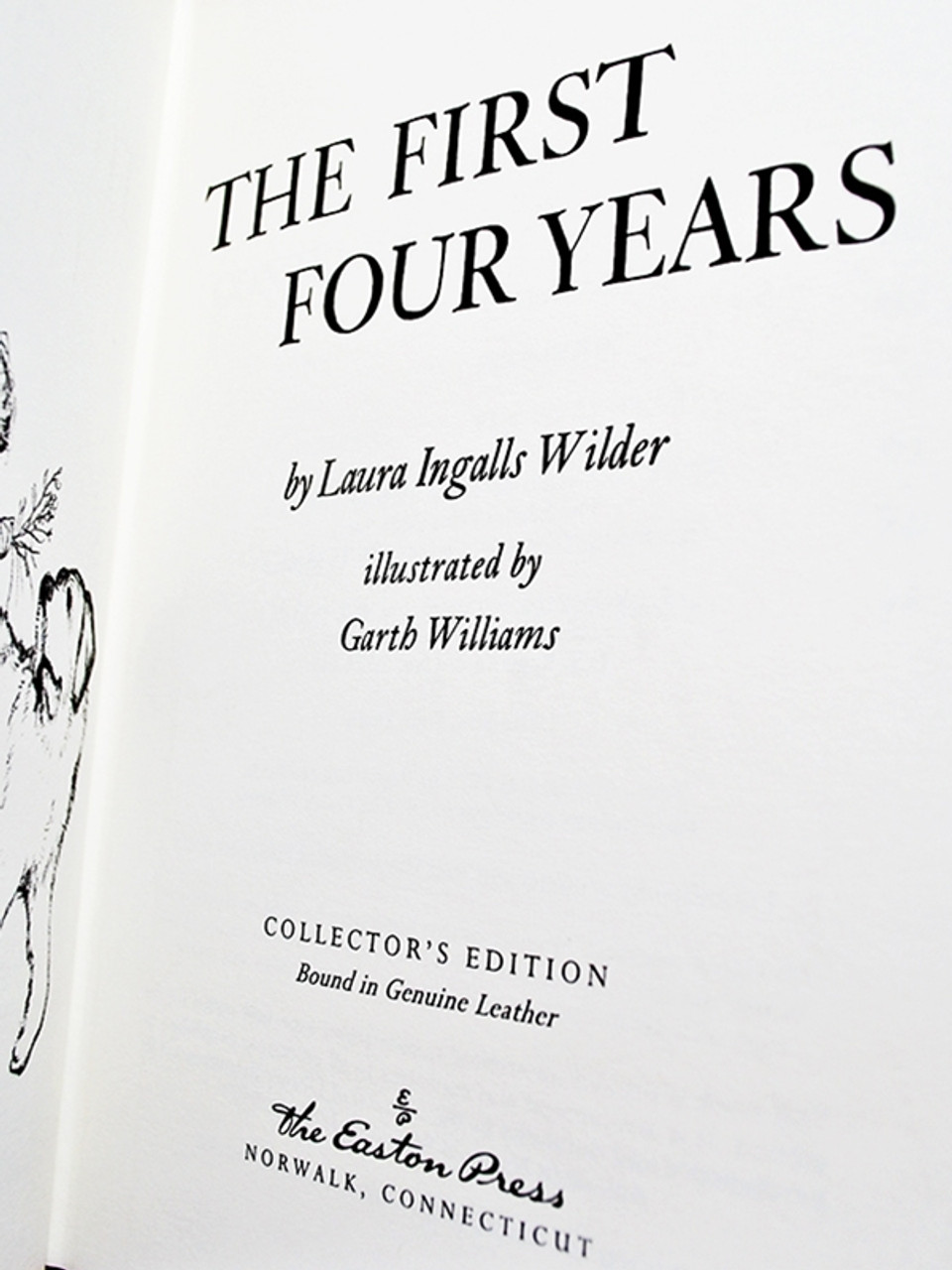 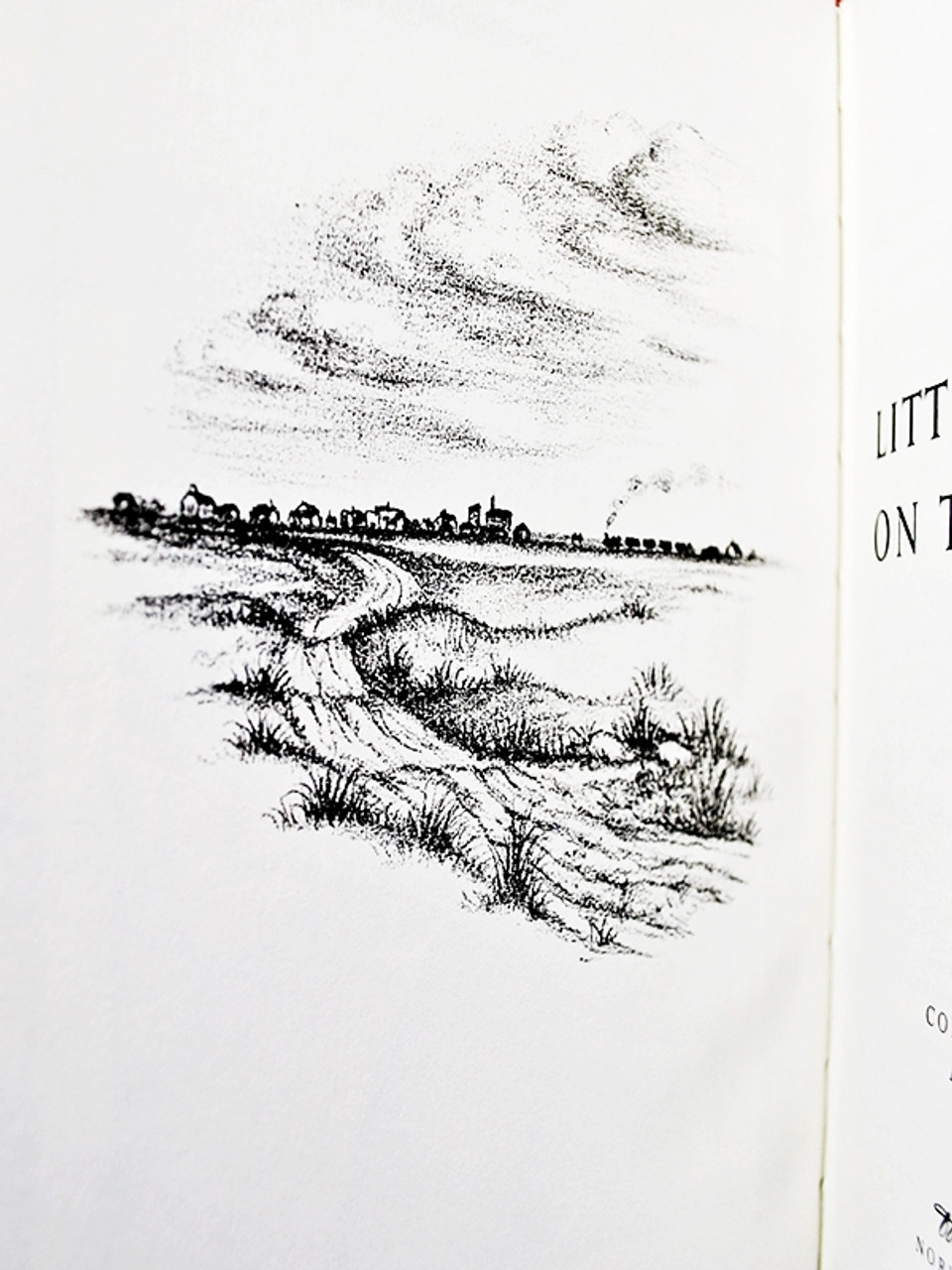 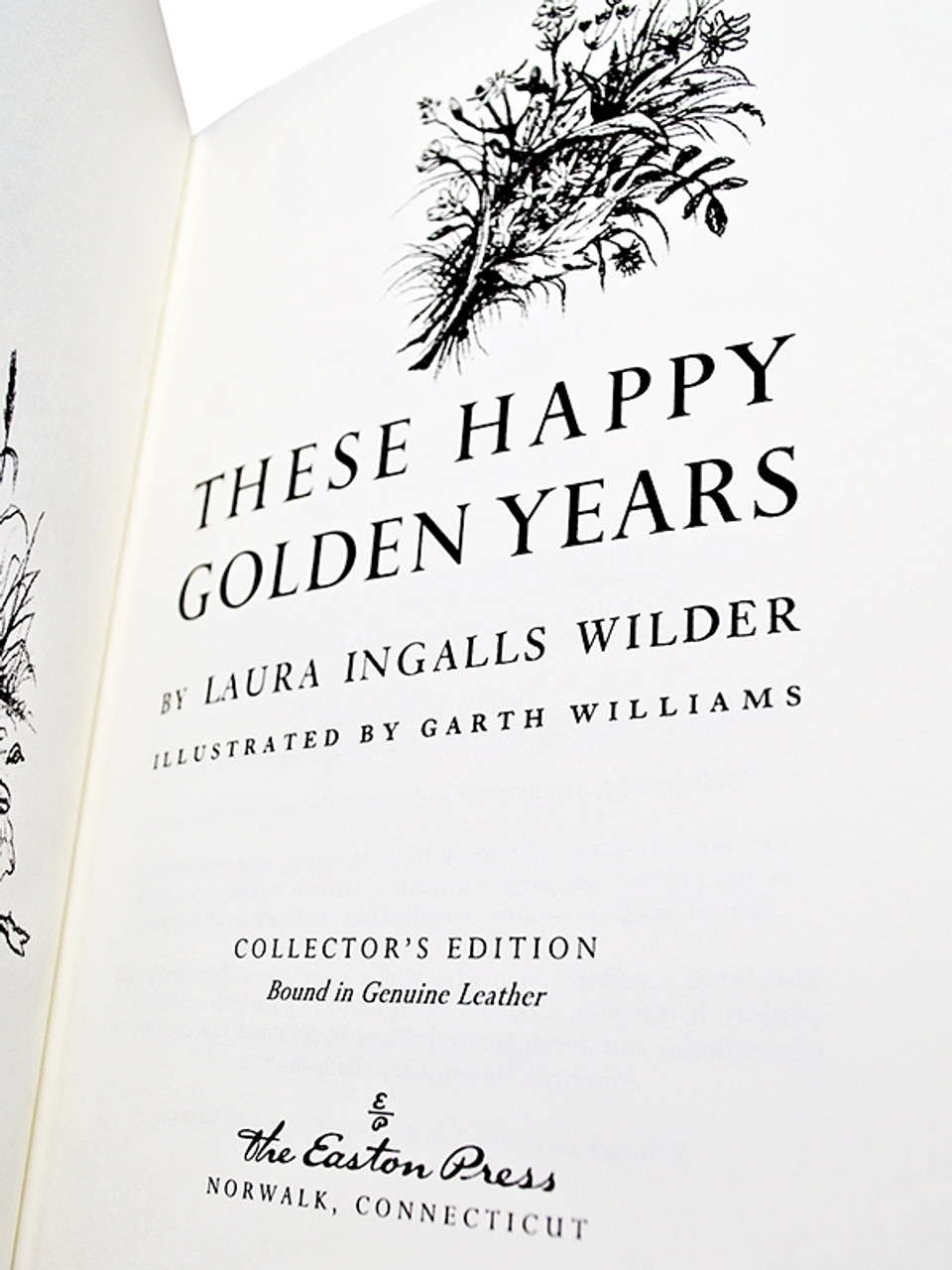 The most intimate narrative of the frontier life.

A complete matching set with uniform leather bindings, distinct cover designs with decorations LITTLE HOUSE stamped on the front hardcover with WAGON, HORSES & DAD stamped on the spine if arranged properly. Illustrated by Garth Williams with frontispiece in color, and many inside in black & white. A rare set that is now OUT OF PRINT.

A complete series in 9 volumes:

3. LITTLE TOWN ON THE PRAIRIE

5. BY THE SHORES OF SILVER LAKE

6. ON THE BANKS OF PLUM CREEK

7. LITTLE HOUSE ON THE PRAIRIE

9. LITTLE HOUSE IN THE BIG WOODS

Laura Ingalls Wilder (February 7, 1867 – February 10, 1957) was an American writer, most notably the author of the Little House on the Prairie books of children's novels based on her childhood in a settler family. Her daughter, Rose Wilder Lane, encouraged her to write and helped her to edit and publish the novels.

A popular television series was loosely based on the Little House books, starring Melissa Gilbert as Laura Ingalls and Michael Landon as her father, Charles Ingalls.

Little House on the Prairie is a media franchise that started with a series of children's books by Laura Ingalls Wilder that were originally published between 1932 and 1943, and grew to include television and stage adaptations.

The Little House series is based on decades-old memories of Laura Ingalls Wilder's childhood in the Midwest region of the United States during the late 19th century. The books are told in the third person, with Laura Ingalls acting as the central character and protagonist, and are generally classified as fiction rather than as autobiography when categorized in libraries and bookstores.

Wilder's daughter, Rose Wilder Lane, assisted her mother with the editing of the works. The depth of her involvement, and the extent of her influence on the theme and content of the books, has been the subject of some scholarly debate in recent years. Almost all Wilder scholars and her biographers consider that the writing of the books was a tense but ultimately effective continuing collaboration between mother and daughter, with Wilder writing the books and her daughter editing them.

The books have remained continuously in print since their initial publication by Harper & Brothers. They are considered classics of American children's literature and remain widely read. The most current print edition contains illustrations by Garth Williams. The books were also adapted into the long-running, popular American television series Little House on the Prairie in 1974.

VERY FINE GUARANTEED. Sealed without any flaws. Each edition is free of any marks, scratches, and/or blemishes to the gilded page edges. The books have tight spines, and free of markings, writings, or stamps. No attached book plates or indication of any removed. Sharp corners. A perfect set. Free Shipping World-wide

Easton Press, Norwalk CT. Mark Twain "Huckleberry Finn" A luxurious leather bound Collector's Edition. Limited Edition. A great unique gift for yourself or for someone else. Part of the 100...