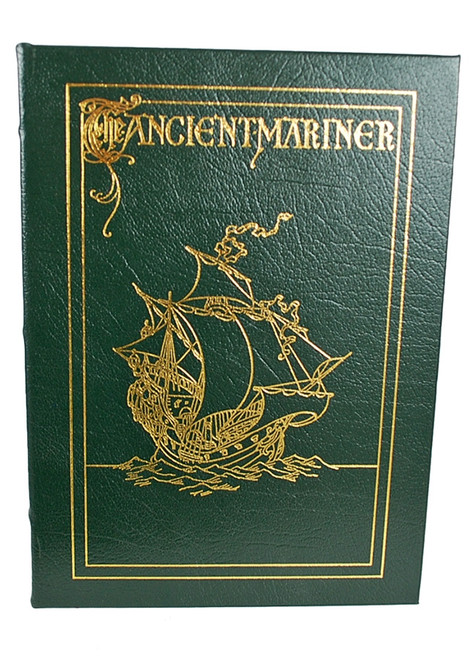 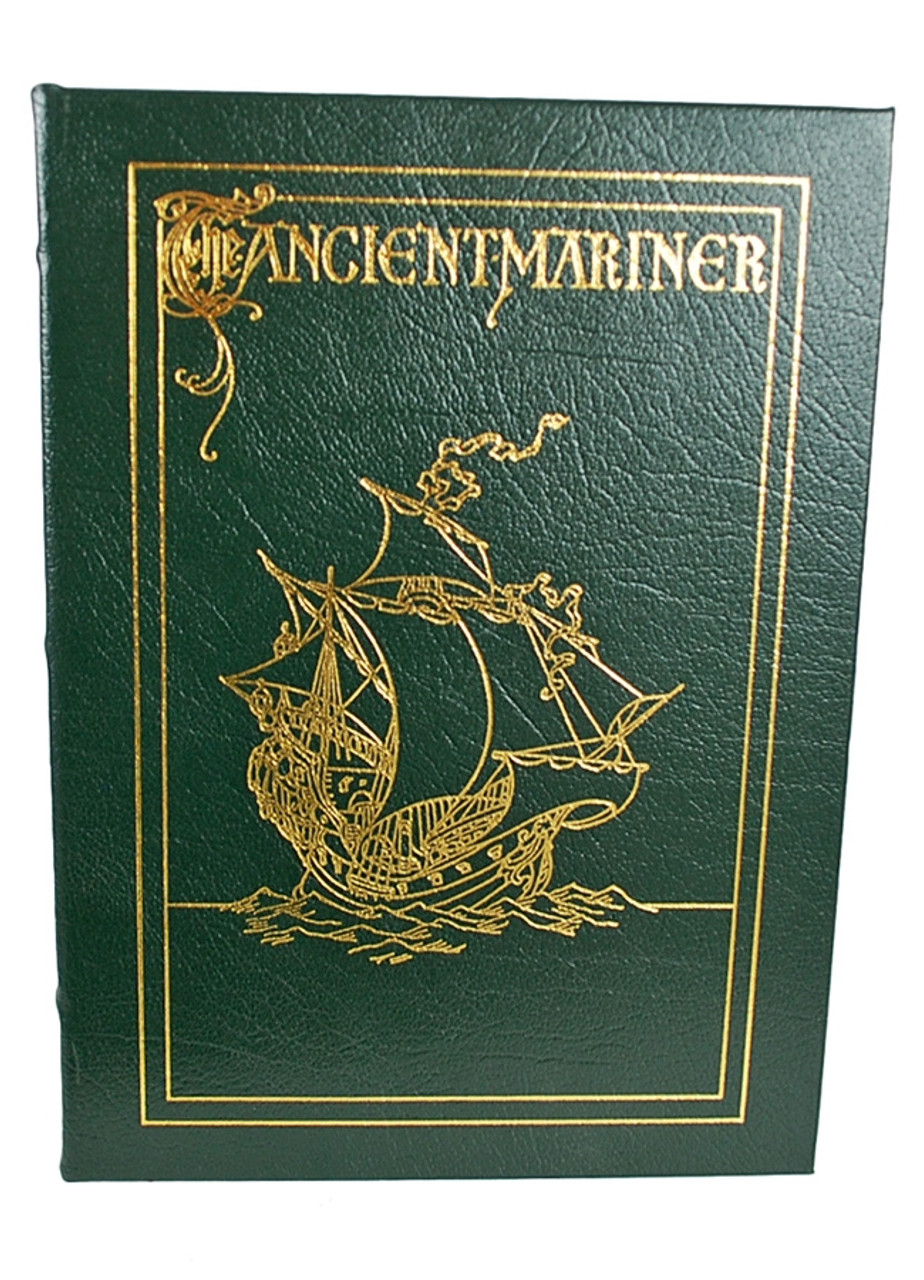 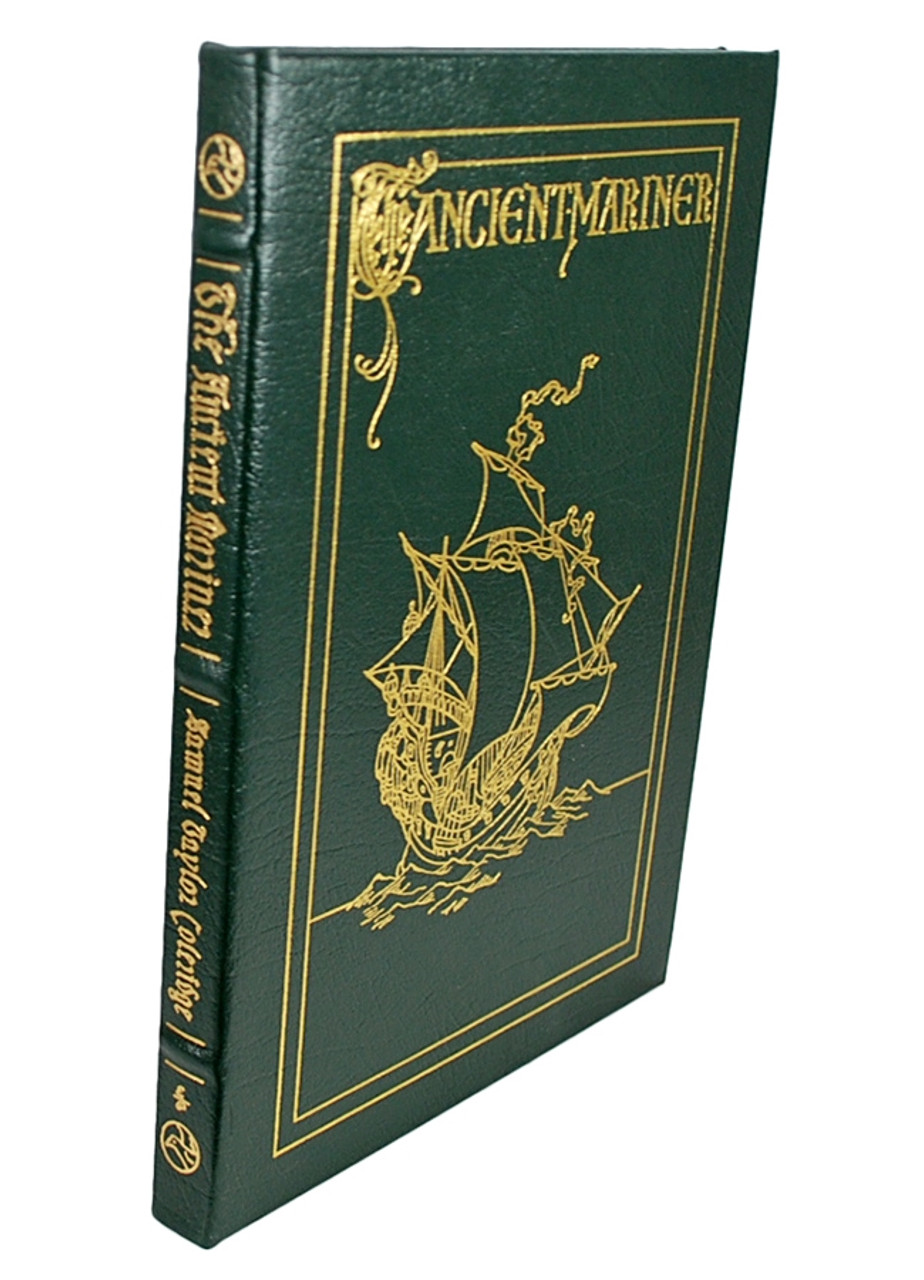 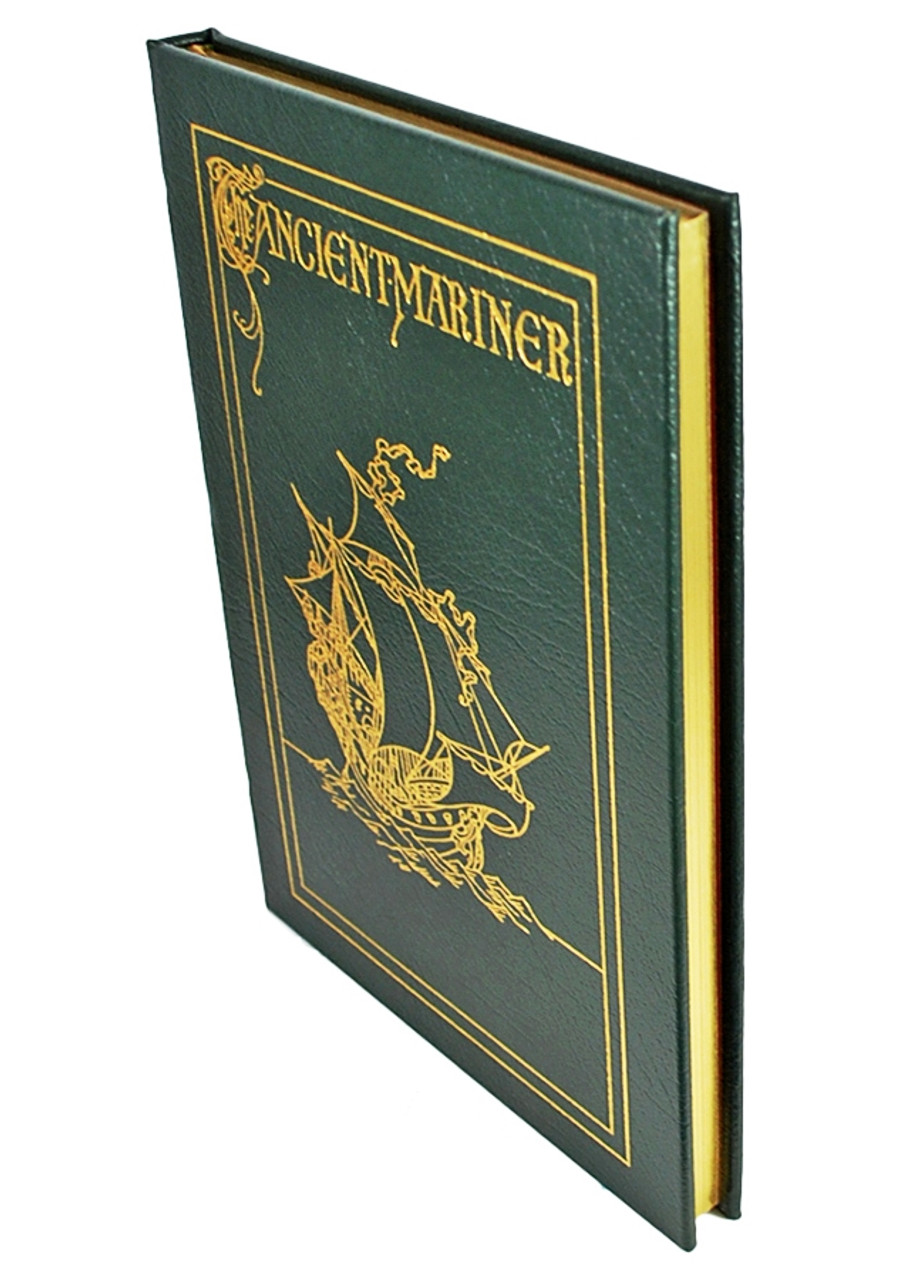 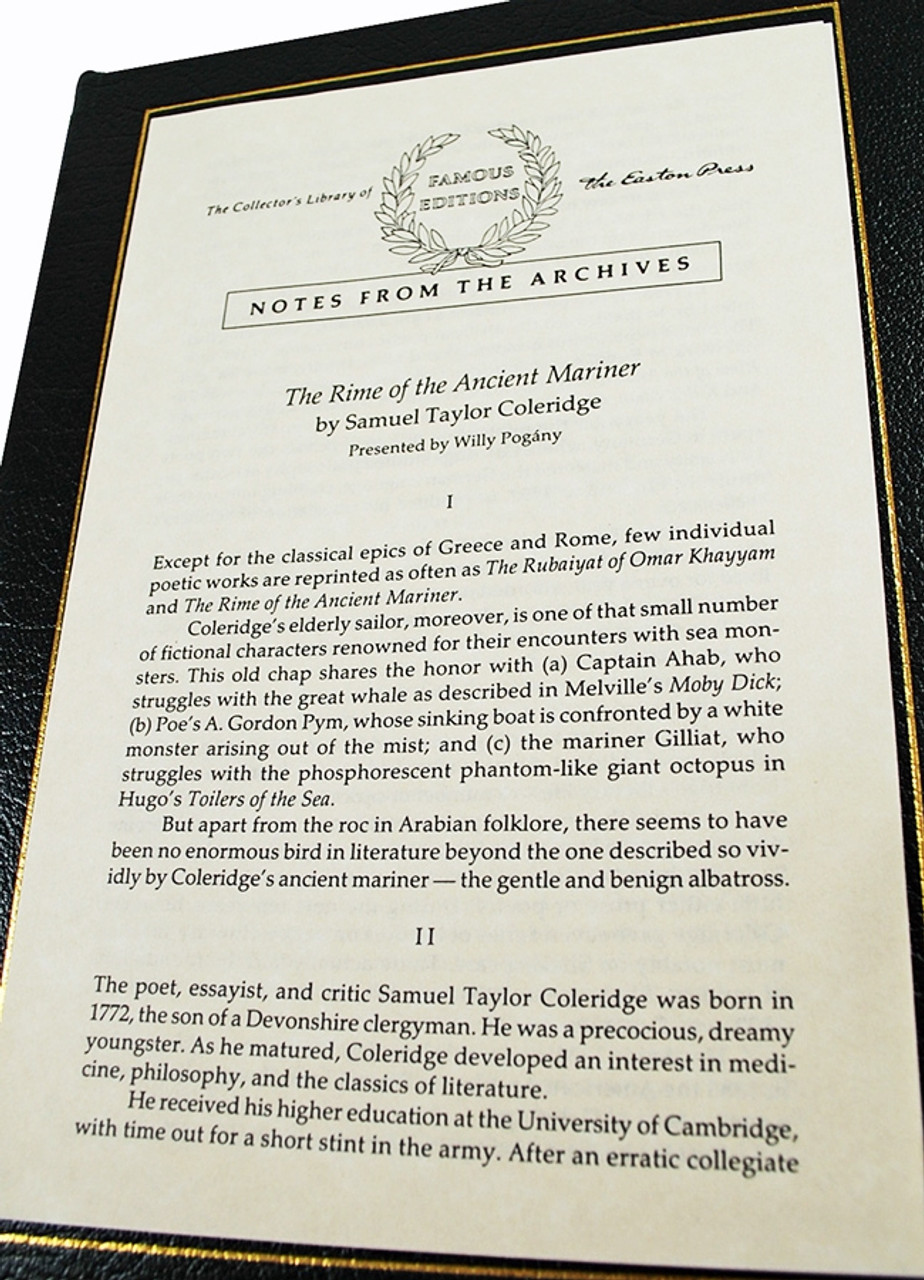 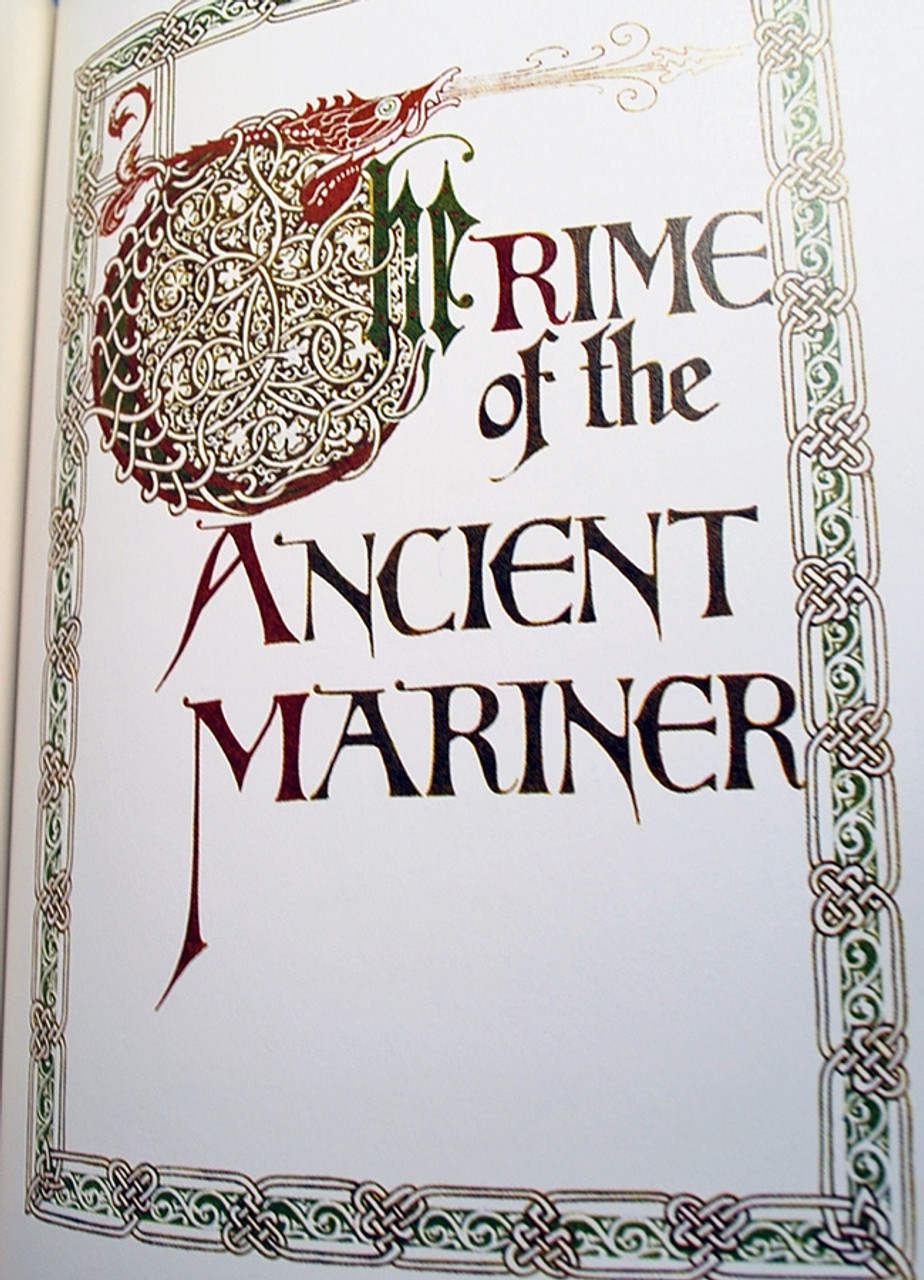 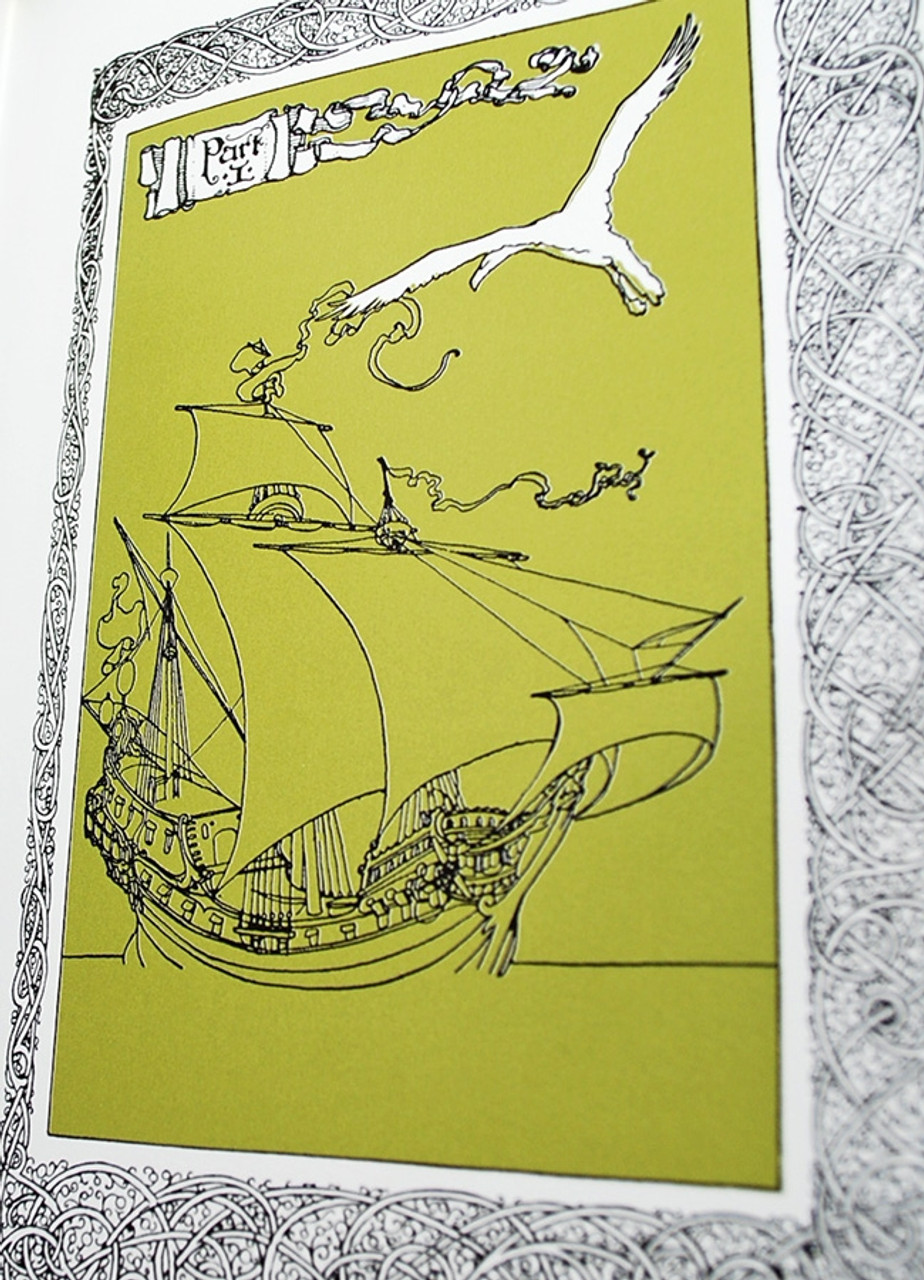 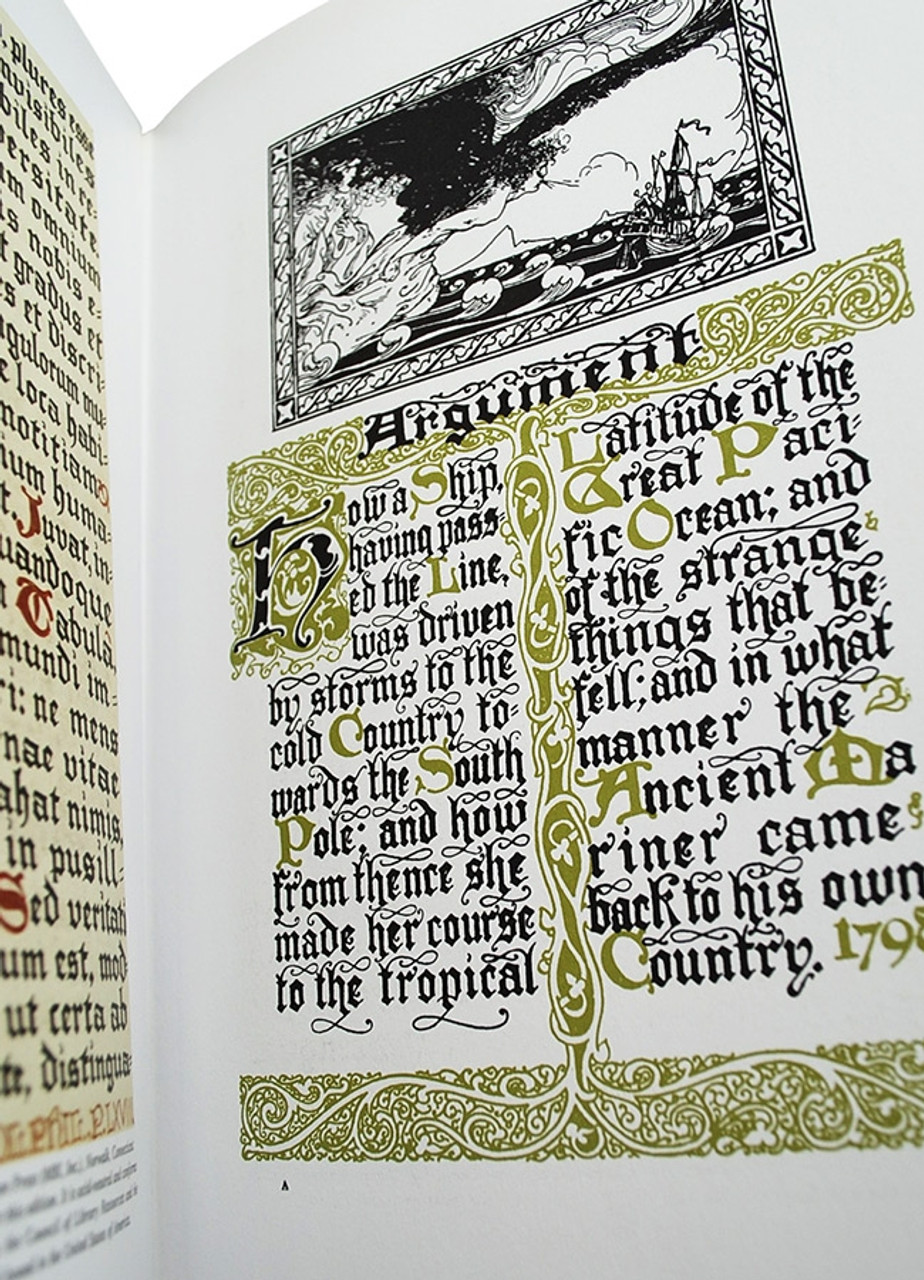 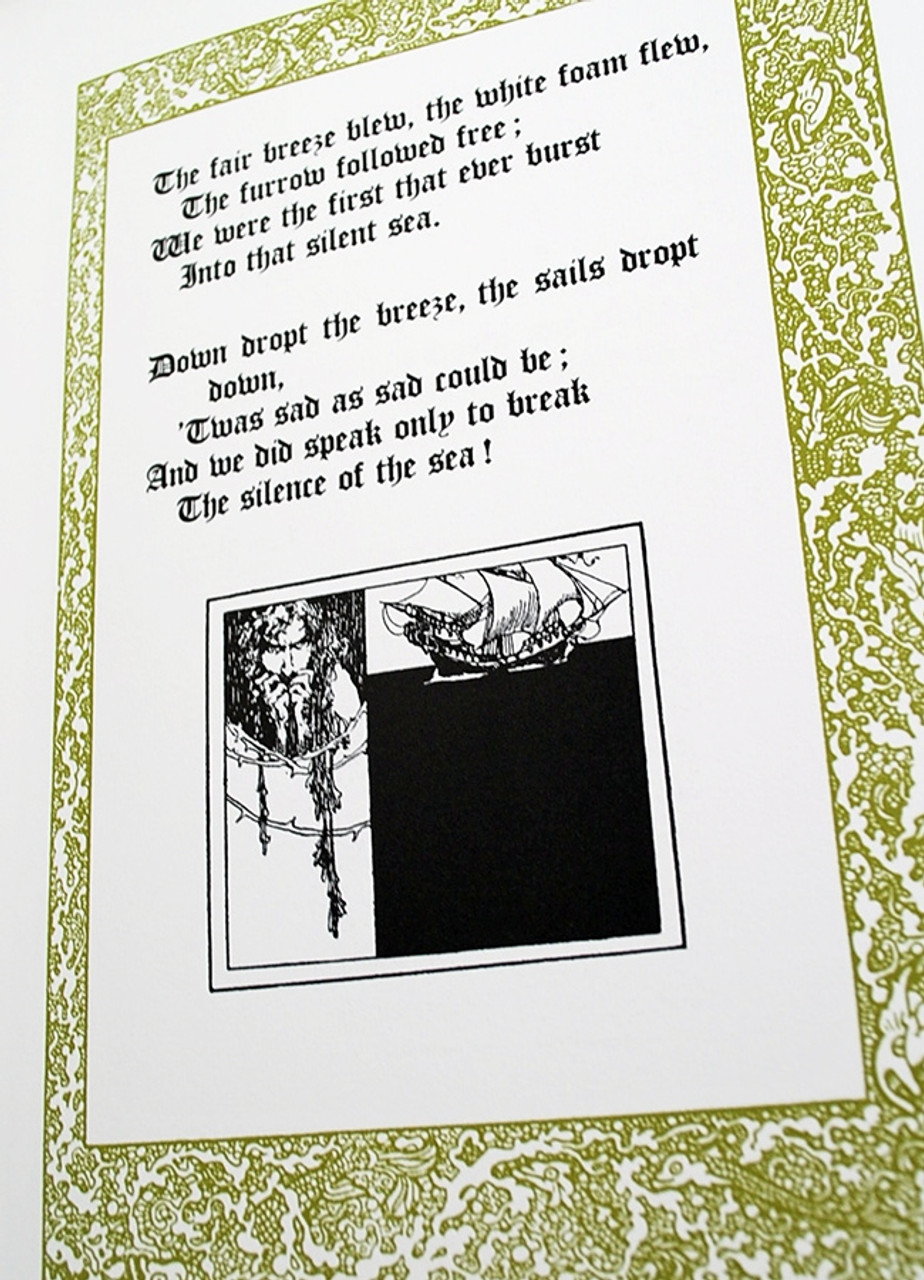 Easton Press, Norwalk CT. 2004 Samuel Taylor Coleridge "The Rime of the Ancient Mariner". Presented by Willy Pagany. The Collector's Library of Famous Editions. Luxuriously bound in full genuine leather. A limited collector's edition with the original NOTES FROM THE ARCHIVES. Very Fine without any flaws.

Samuel Taylor Coleridge was born in Ottery St Mary, Devonshire, as the youngest son of the vicar of Ottery St Mary. After his father's death Coleridge was sent away to Christ's Hospital School in London. He also studied at Jesus College. In Cambridge Coleridge met the radical, future poet laureate Robert Southey. He moved with Southey to Bristol to establish a community, but the plan failed. In 1795 he married the sister of Southey's fiance Sara Fricker, whom he did not really love.
Coleridge's collection Poems On Various Subjects was published in 1796, and in 1797 appeared Poems. In the same year he began the publication of a short-lived liberal political periodical The Watchman. He started a close friendship with Dorothy and William Wordsworth, one of the most fruitful creative relationships in English literature. From it resulted Lyrical Ballads, which opened with Coleridge's "Rime of the Ancient Mariner" and ended with Wordsworth's "Tintern Abbey". These poems set a new style by using everyday language and fresh ways of looking at nature.

It is an ancient Mariner,
And he stoppeth one of three.
'By thy long grey beard and glittering eye,
Now wherefore stopp'st thou me?
The bridegroom's doors are opened wide,
And I am next of kin;
The guests are met, the feast is set:
Mayst hear the merry din.'
He holds him with his skinny hand,
"There was a ship," quoth he.
'Hold off! unhand me, grey-beard loon!'
Eftsoons his hand dropped he.
He holds him with his glittering eye -
The Wedding-Guest stood still,
And listens like a three years' child:
The Mariner hath his will.

Foreword by Robert S. Brumbaugh Easton Press, Norwalk CT. 1989 A. E. Taylor "Socrates" Limited Edition Alfred Edward Taylor was the son of a Methodist minister, who was educated at Oxford and taught...