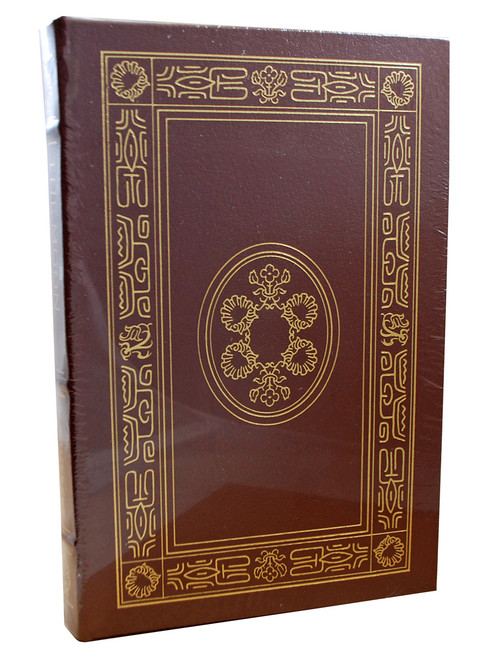 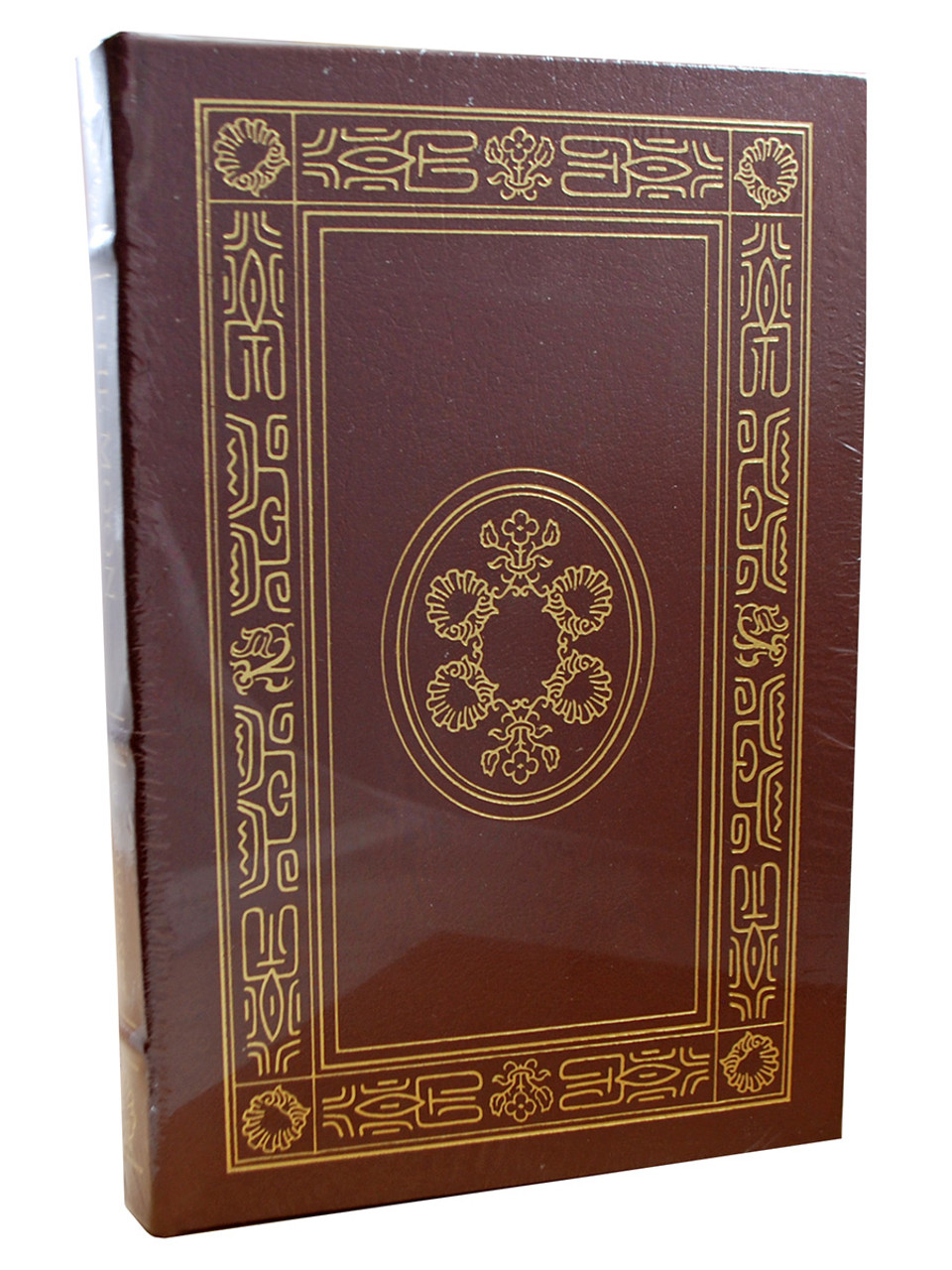 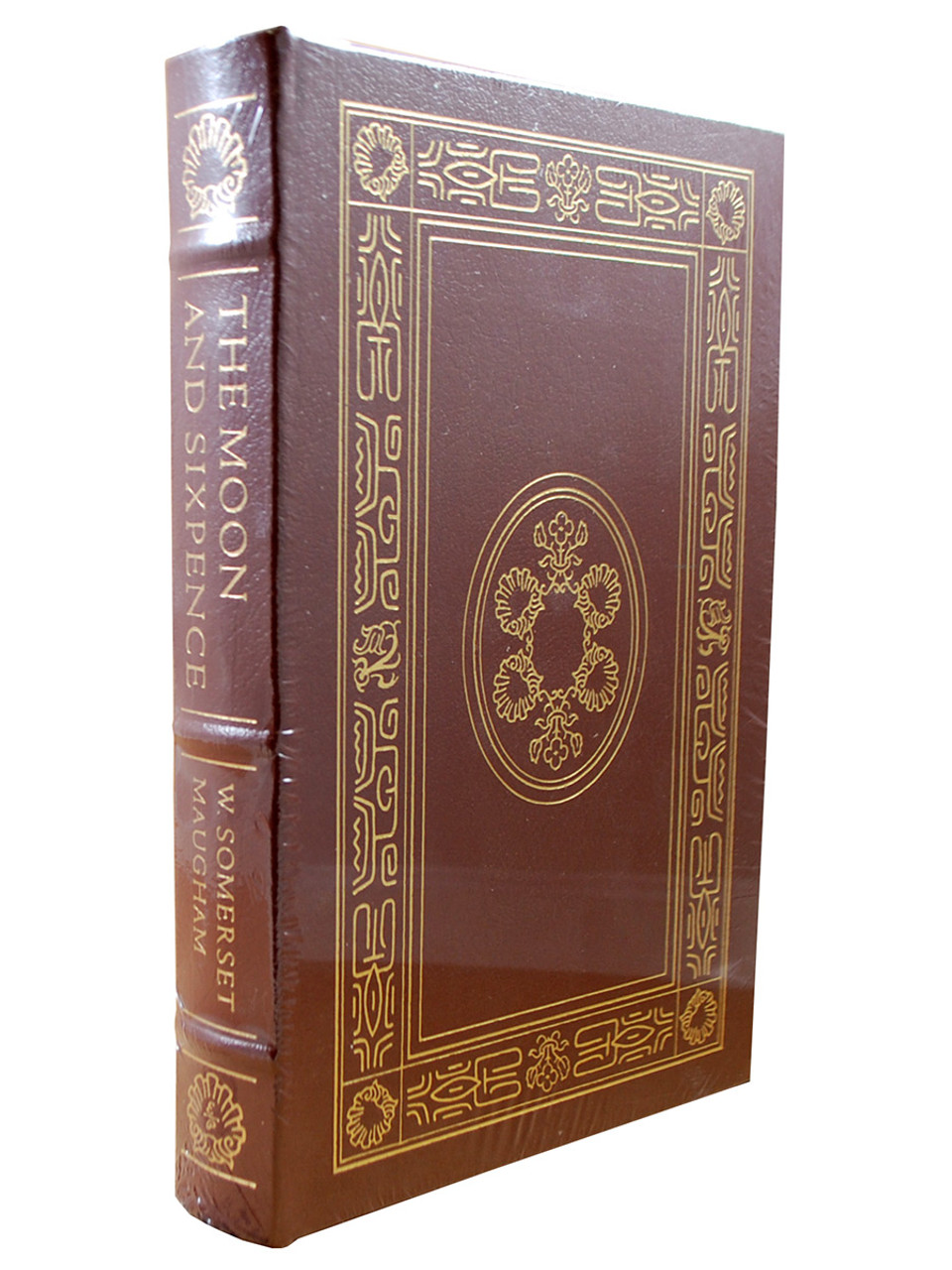 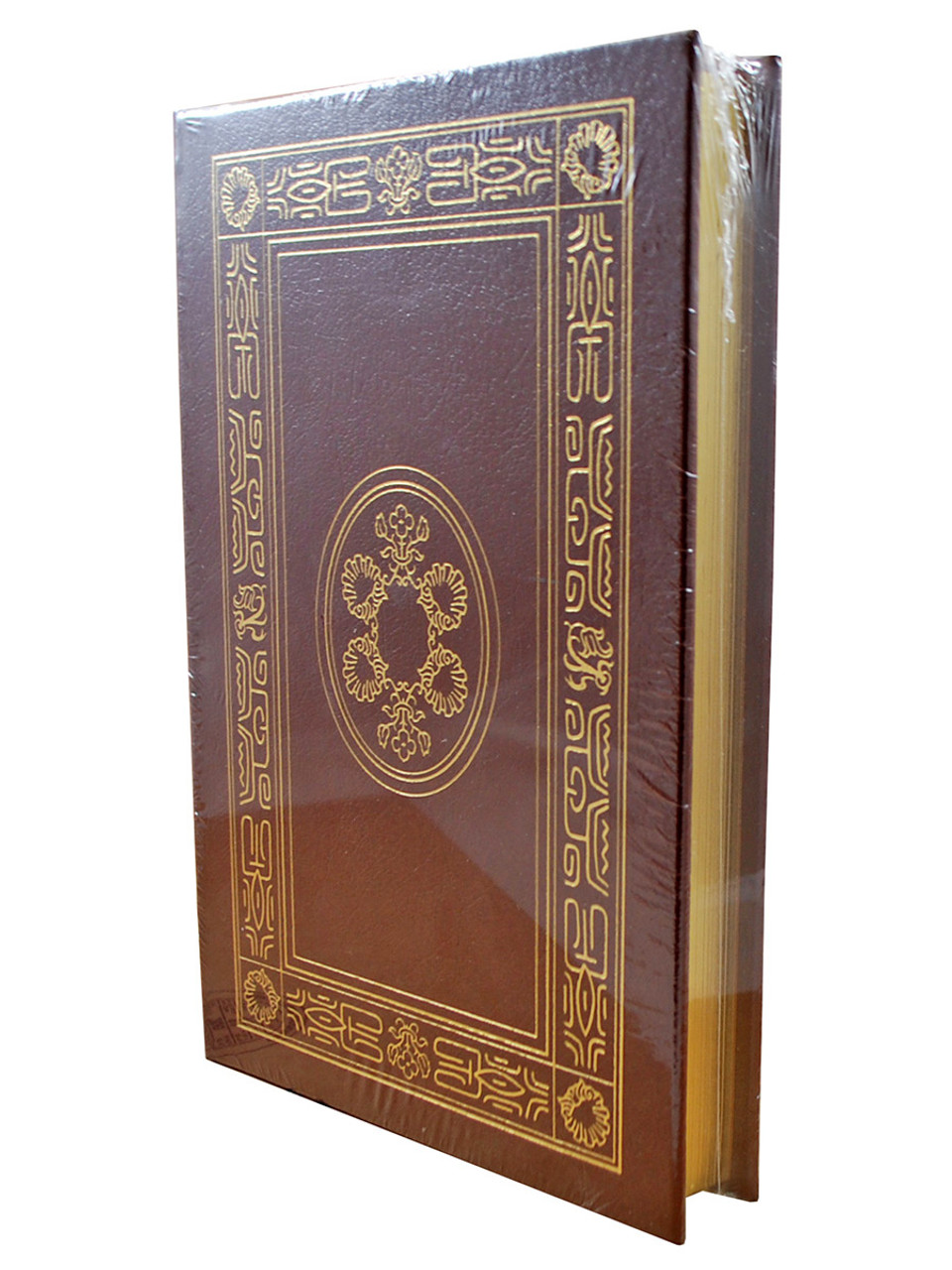 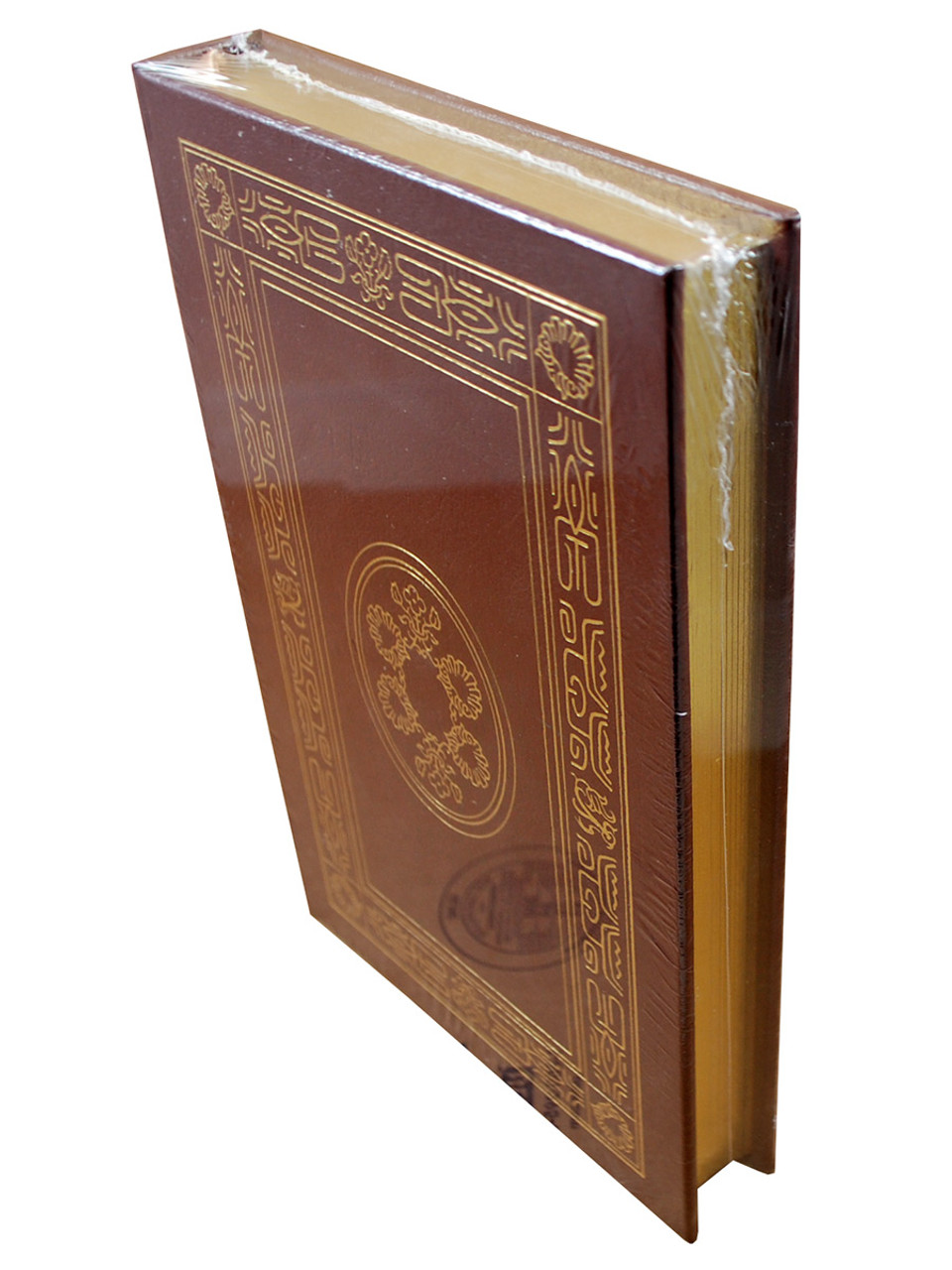 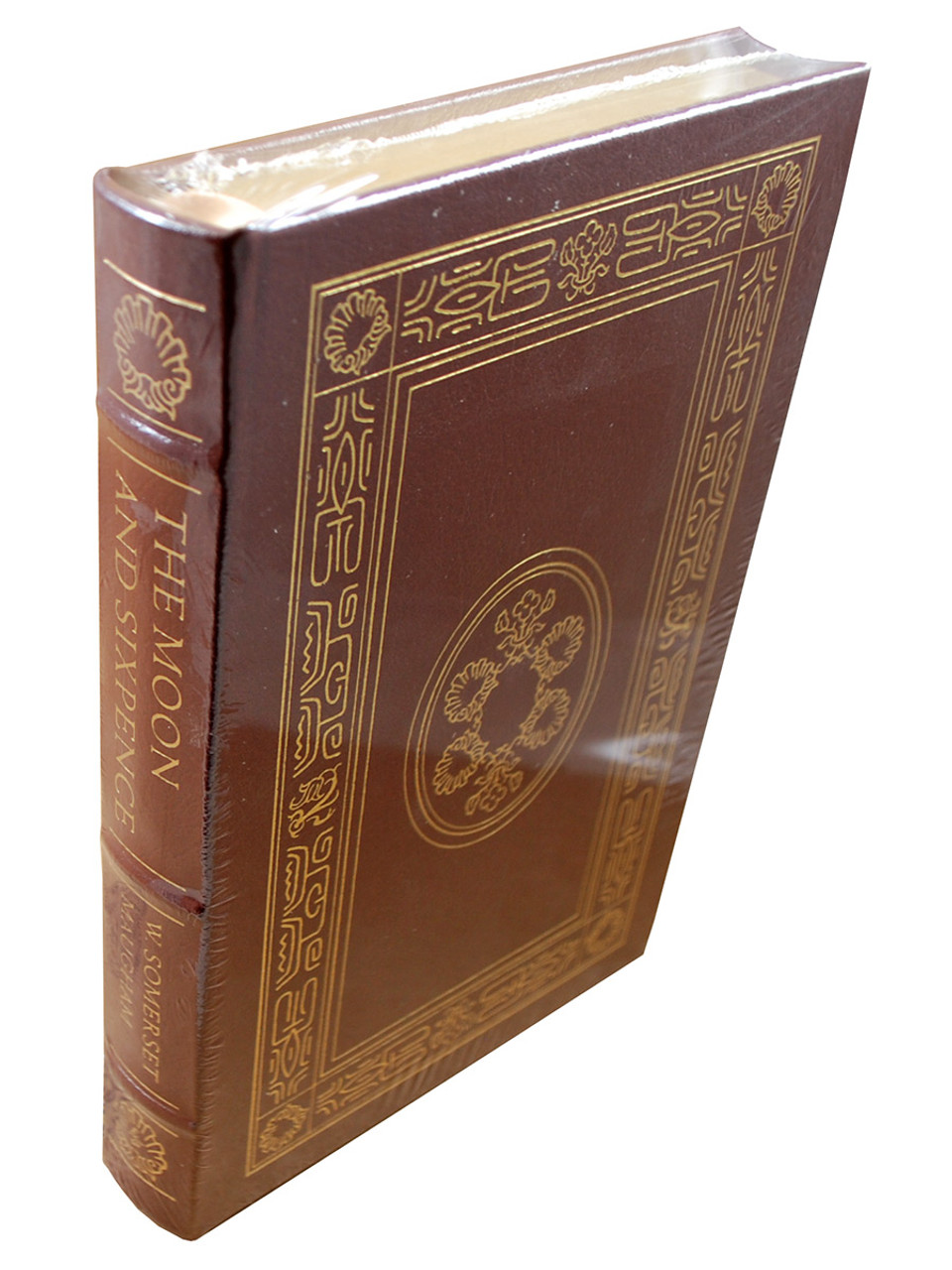 Easton Press, Norwalk, CT. Limited Edition - Collector's Edition. A great unique gift for yourself or for a loved one.
Part of prestigious The Collector's Library of Famous Editions published by Easton Press. Beautifully illustrated and bound in full genuine leather. A rare collector's edition that is hard to find, especially in this very fine condition. This edition is now OUT OF PRINT.

The Moon and Sixpence is a novel by W. Somerset Maugham, first published on 15 April 1919. It is told in episodic form by a first-person narrator providing a series of glimpses into the mind and soul of the central character, Charles Strickland, a middle-aged English stockbroker, who abandons his wife and children abruptly to pursue his desire to become an artist. The story is, in part, based on the life of the painter Paul Gauguin.

"Witty, compelling." — The Boston Globe. Gripped by an overwhelming obsession, Charles Strickland, a conventional London stockbroker, decides in midlife to desert his wife, family, business, and civilization for his art. One of Maugham's most popular works, The Moon and Sixpence is a riveting story about an uncompromising and self-destructive man who forsakes wealth and comfort to pursue the life of a painter. Drifting from Paris to Marseilles, Strickland eventually settles in Tahiti, takes a mistress, and in spite of poverty and a long, terminal illness, produces his most passionate and mysterious works of art.

Loosely based on the life of Paul Gauguin, Maugham's timeless masterpiece is storytelling at its best — an insightful work focusing on artistic fixation that propels the artist beyond the commonplace into the selfish realm of genius.

William Somerset Maugham was an English playwright, novelist, and short-story writer. He was among the most popular writers of his era and reputedly the highest-paid author during the 1930s.

Both Maugham's parents died before he was 10, and the orphaned boy was raised by a paternal uncle, who was emotionally cold.[citation needed] He did not want to become a lawyer like other men in his family, so he trained and qualified as a physician. His first novel Liza of Lambeth (1897) sold out so rapidly that Maugham gave up medicine to write full-time.

During the First World War, he served with the Red Cross and in the ambulance corps before being recruited in 1916 into the British Secret Intelligence Service. He worked for the service in Switzerland and Russia before the October Revolution of 1917 in the Russian Empire. During and after the war, he travelled in India, Southeast Asia and the Pacific. He drew from those experiences in his later short stories and novels.