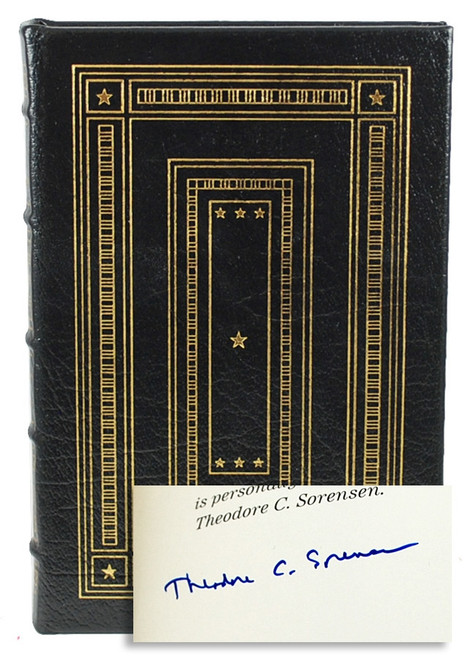 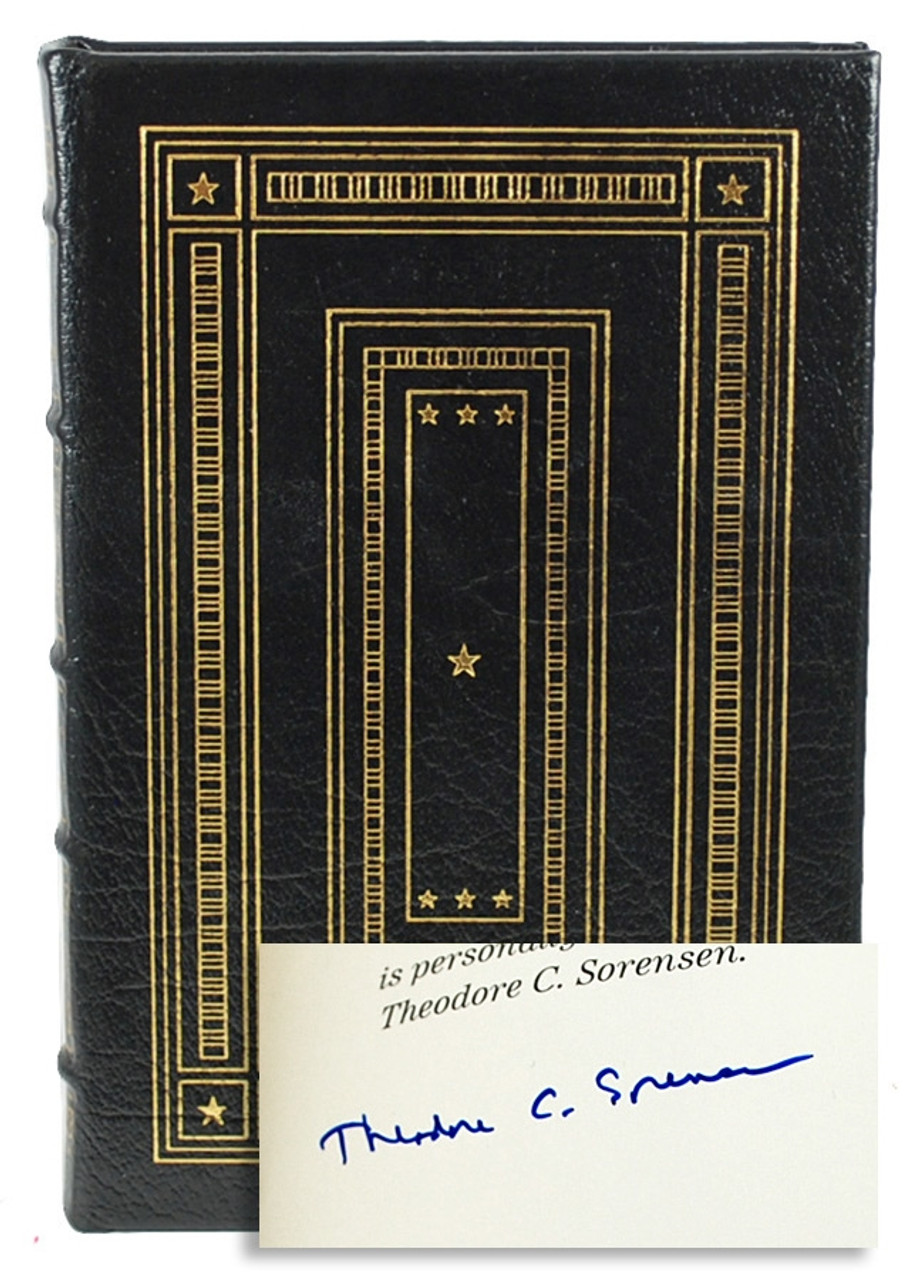 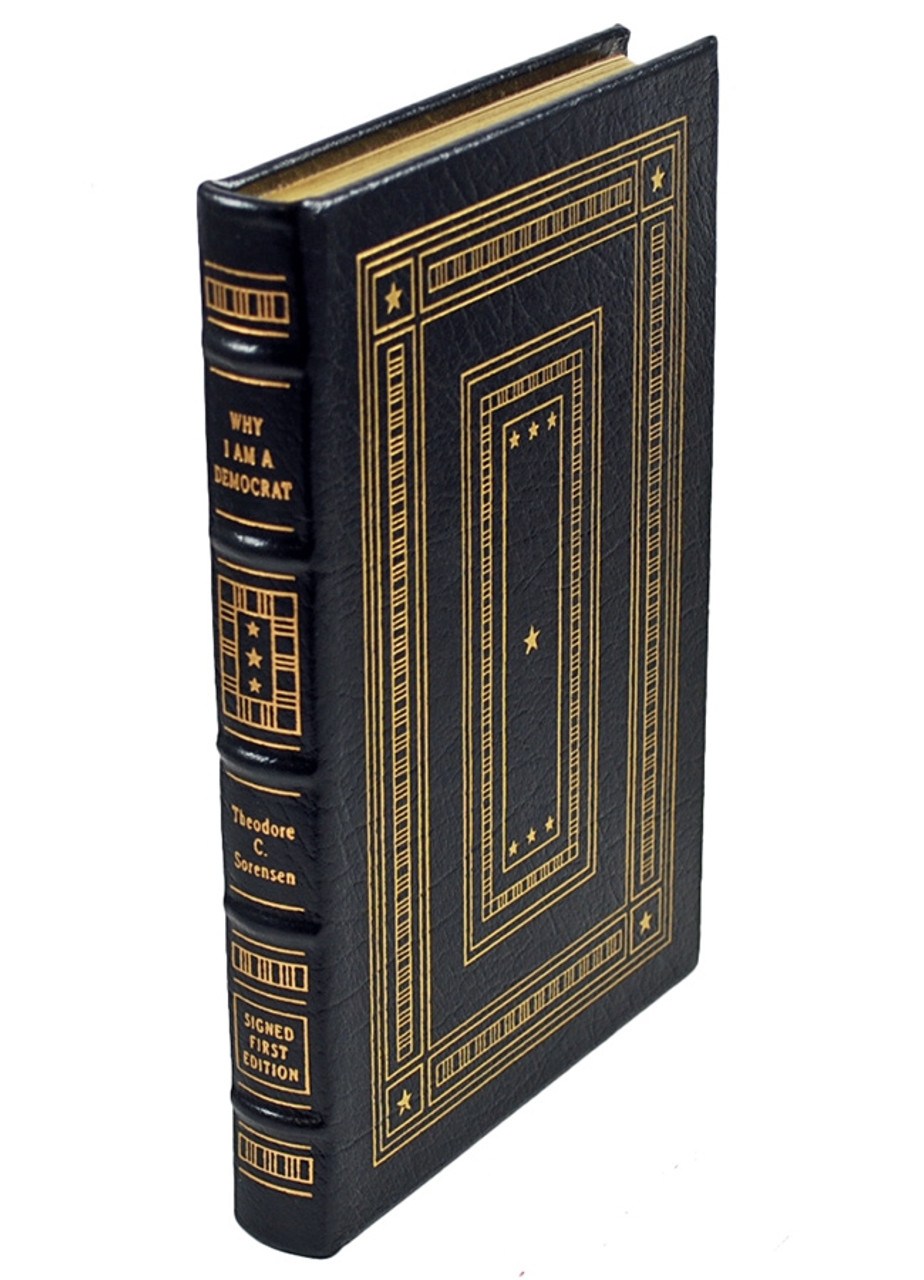 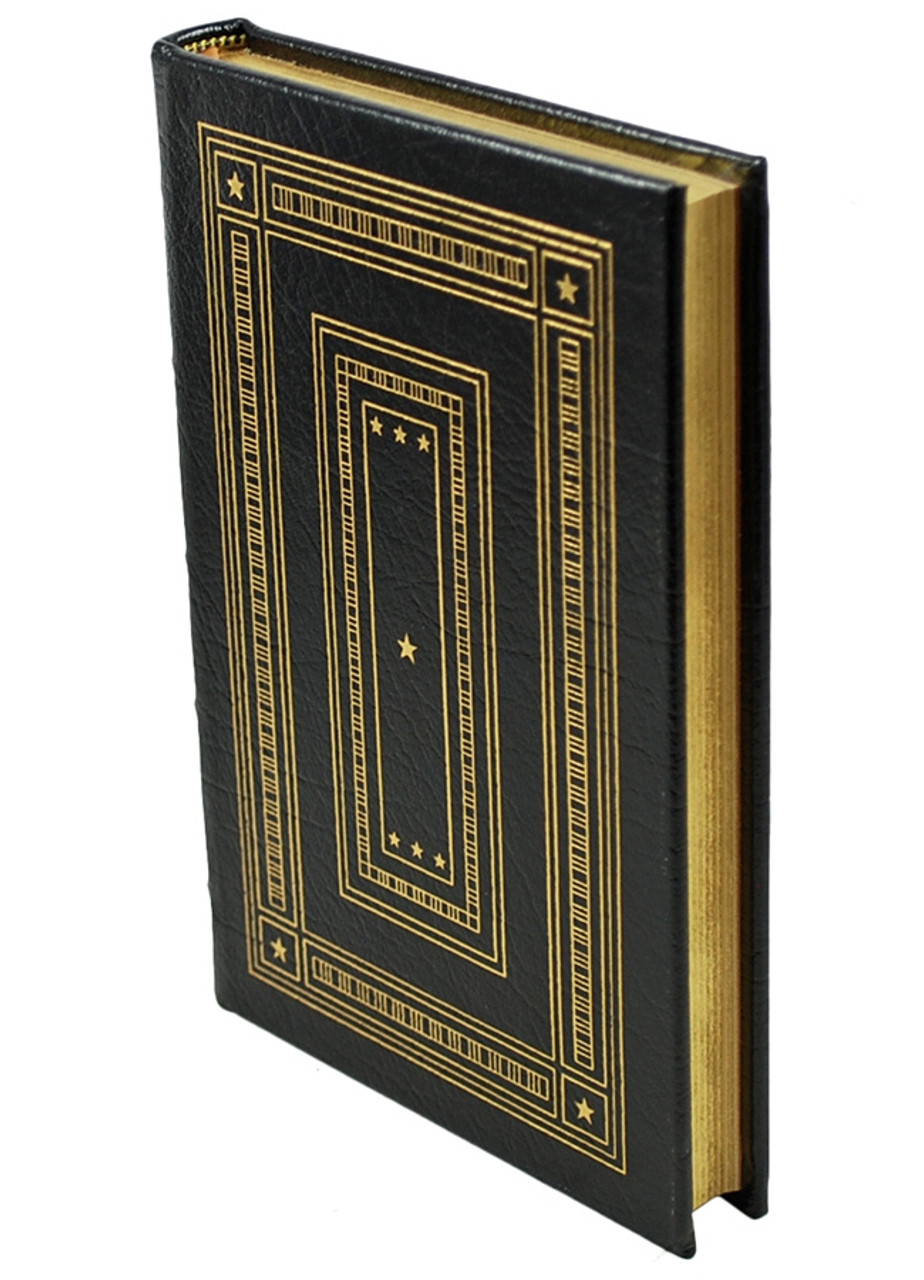 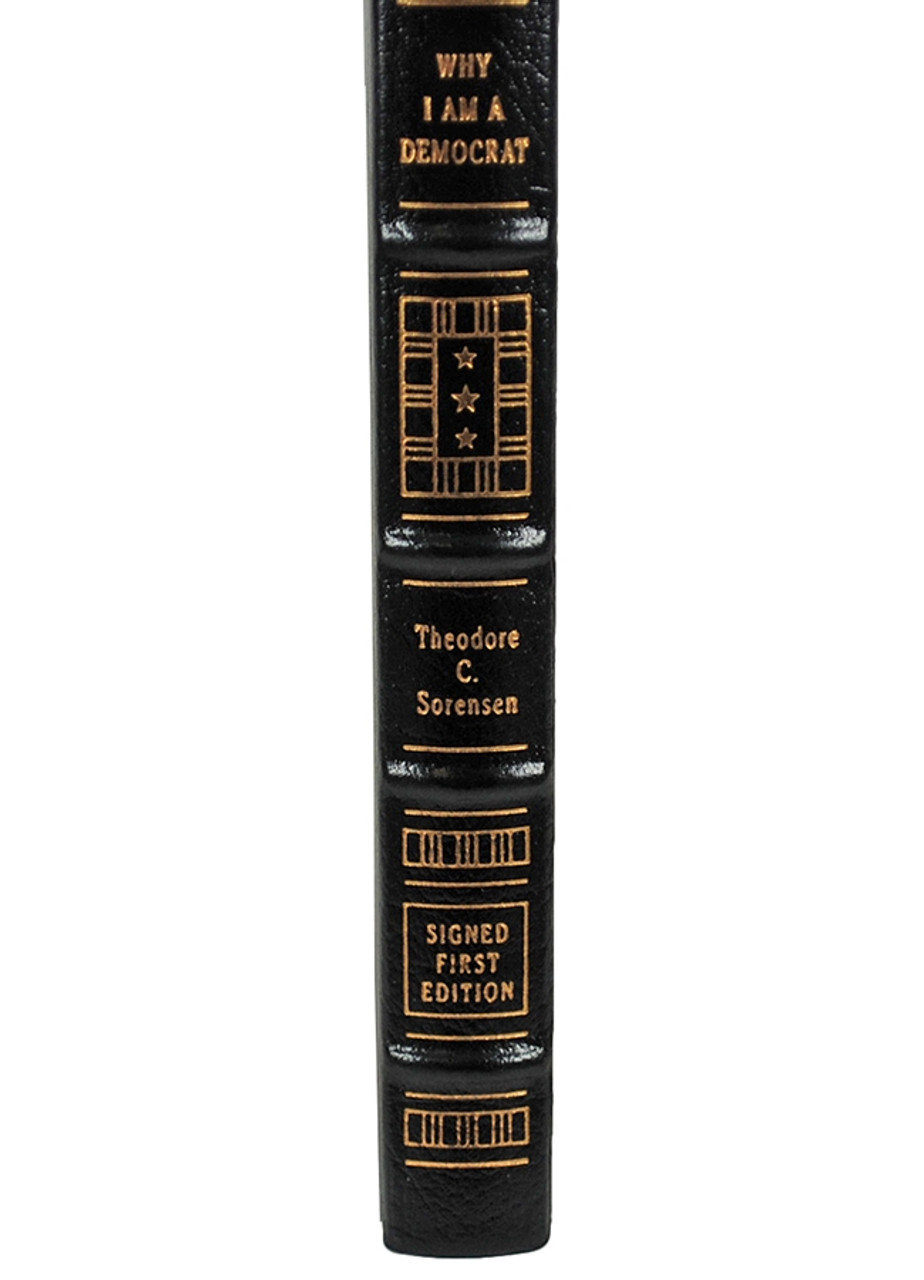 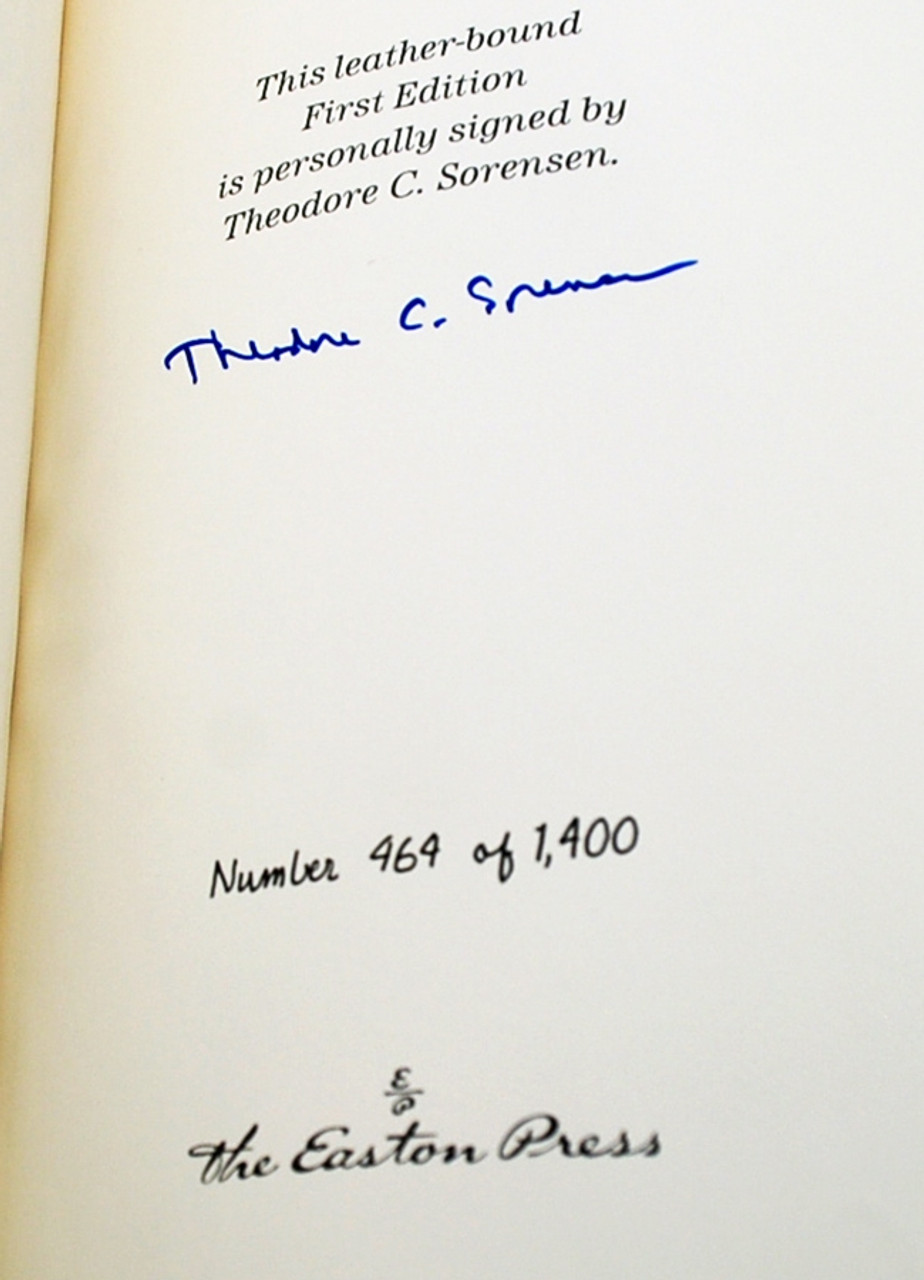 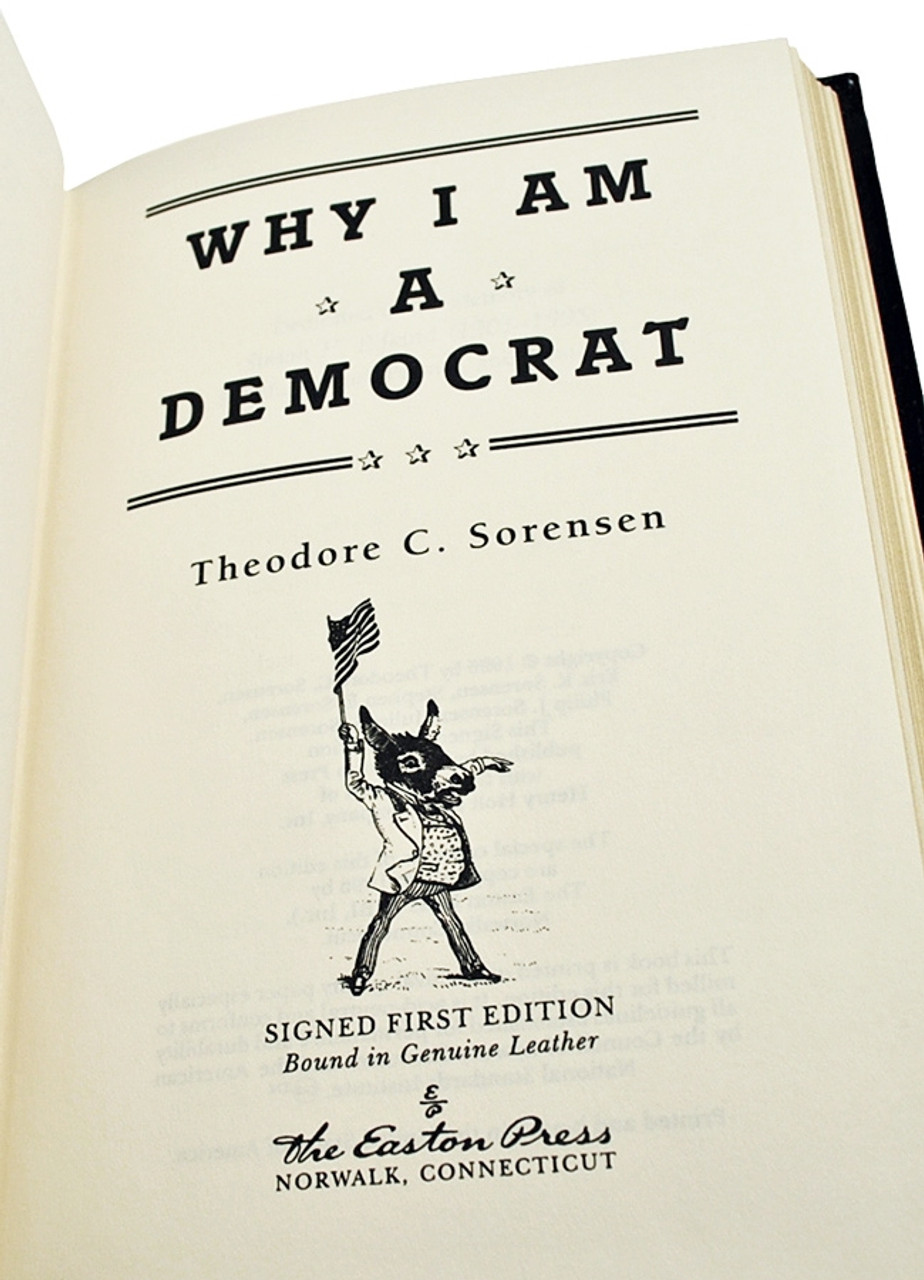 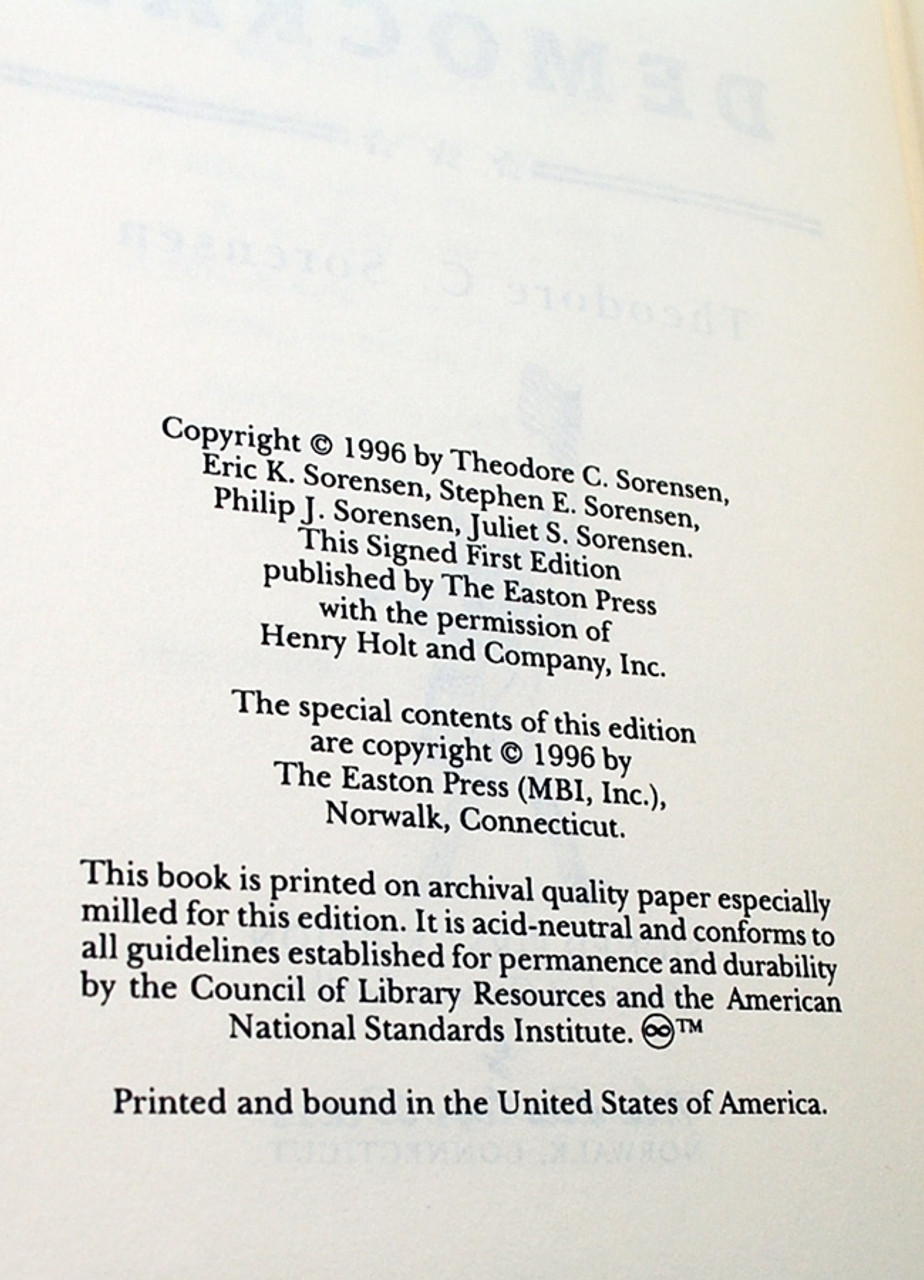 Norwalk, CT. 2004. Signed First Edition. No dust-jacket as issued. A luxurious leather bound heirloom, accented with 22kt gold, manufactured to last generations. A high quality book worthy of your fine library that also makes the perfect gift for the presidential historian. This volume is #464 of only 1,400 printed.

The Democratic Party "must build from the bottom up a national party of citizens," eschewing special interests and corporate donors, declares Sorenson, a corporate lawyer and former JFK speechwriter. Though the author also urges Democrats to differentiate themselves more sharply from Republicans, this sober book is more primer than prescription, as the diplomatic author mostly avoids criticizing what many see as the ideological waffling of President Clinton or the splits within the party. Instead, mixing historical reflections with current commentary, he contends that free-market Republicans attack the poor, not poverty; that we need government, not deregulation, to solve large-scale problems; that anti-tax zealots ignore the fact that Americans pay the lowest taxes in the developed world; that affirmative action, while a "messy, imperfect solution," deserves retention; that the federal government can share power with the states without Republican-style devolution; that Republicans oppose gun control; and that isolationist Republicans oppose important international treaties and disparage the flawed but vital United Nations. Only the Democratic Party, he declares, "has the history, philosophy, diversity and constituency to become once again the Party of Conscience." That political task, however, is beyond the scope of this book. 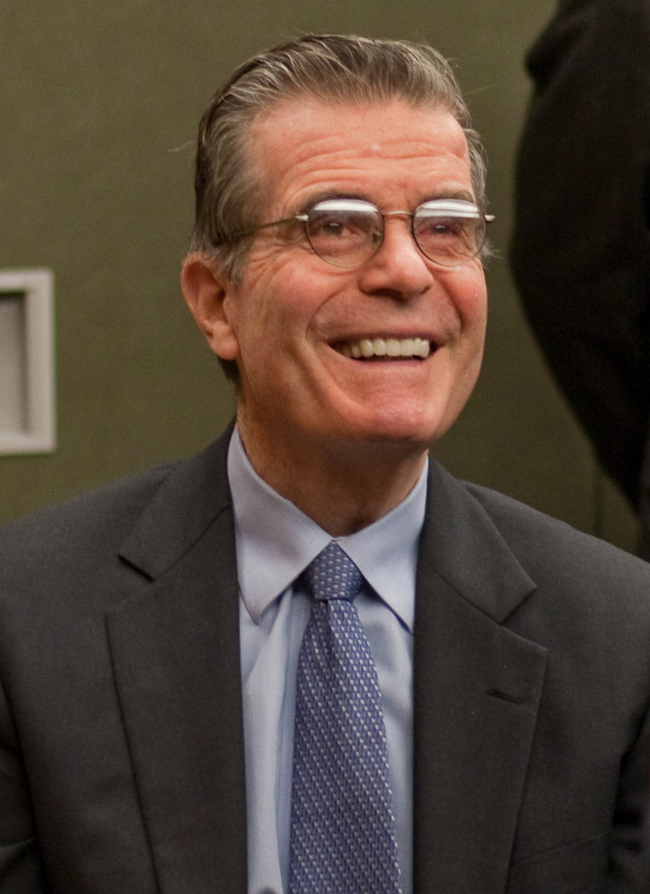 "The Army Of The Potomac" Leather Bound Collector's Edition

A Stillness at Appomattox (1953) is an award-winning, non-fiction book written by Bruce Catton. It recounts the American Civil War's final year, describing the campaigns of Ulysses S. Grant in...