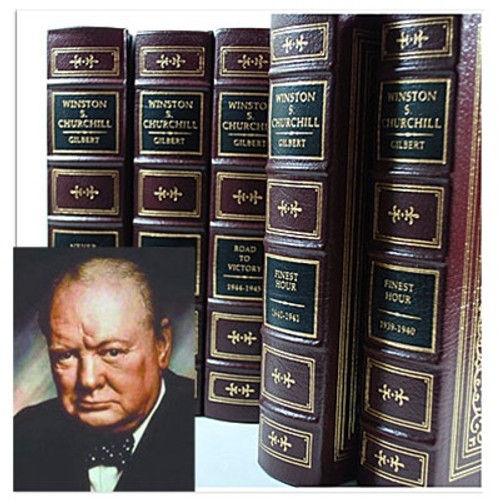 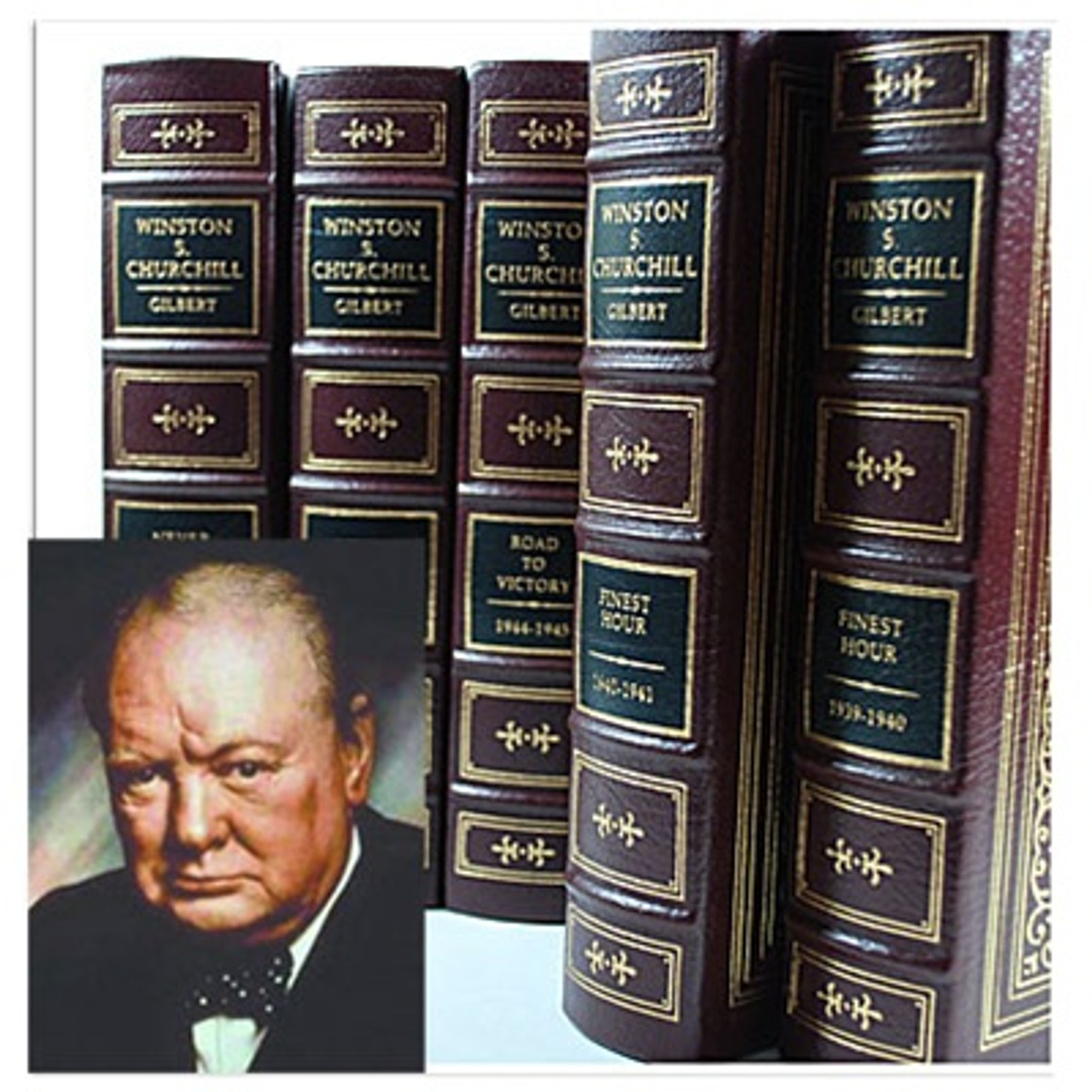 Photos of actual collection. This is the deluxe leather bound edition of The Official Biography published by The Easton Press. A twelve volume matching set that is now out of print and hard to find. The authors are Randolph S. Churchill and Martin Gilbert. This set features full maroon leather with gilt ornamentation. It has been profusely illustrated with reproductions from historical photographs.

This magnificent collection also includes numerous maps and photos. The title & author labels on the spines are in gold and black. This set will arrive with twelve extra Ex-Libris bookplates for your own personalization.

Each volume in this set is luxuriously bound in full genuine leather. Twelve leather bound heirlooms that will be treasured from generations to come. A unique gift for yourself or for someone else.

Condition: Twelve volumes as shown in Very Fine condition. Not even a single scratch to the gilded page edges. Free of markings, writings, or stamps. No attached book plates or indication of any removed. An excellent set of unread books.

Sir Winston Leonard Spencer Churchill KG, OM, CH, TD, FRS, PC (30 November 1874  24 January 1965) was a British politician known chiefly for his leadership of the United Kingdom during World War II. He served as Prime Minister from 1940 to 1945 and again from 1951 to 1955. A noted statesman and orator, Churchill was also an officer in the British Army, historian, writer, and artist. He is the only British Prime Minister to have received the Nobel Prize in Literature and the second person to be made an Honorary Citizen of the United States.

During his army career, Churchill saw action in India, in the Sudan and the Second Boer War. He gained fame and notoriety as a war correspondent and through contemporary books he wrote describing the campaigns. He also served briefly in the British Army on the Western Front in World War I, commanding the 6th Battalion of the Royal Scots Fusiliers.

Winston Churchill is one of the greatest statesmen of our time and winner of the Nobel Prize for LiteratureEaston Press. Norwalk, CT. 1991. Winston S. Churchill "The World Crisis": The First World...