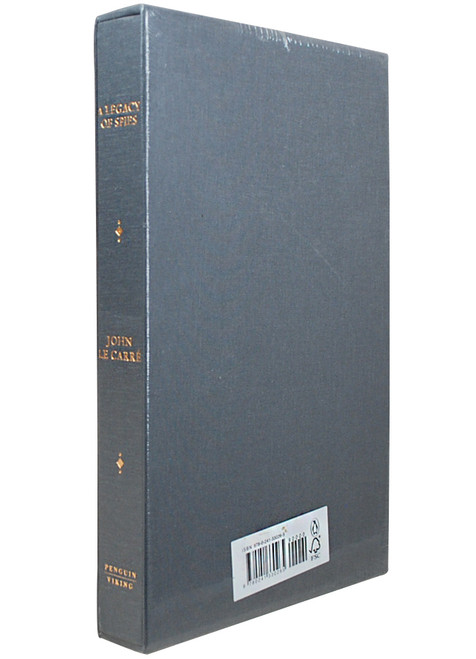 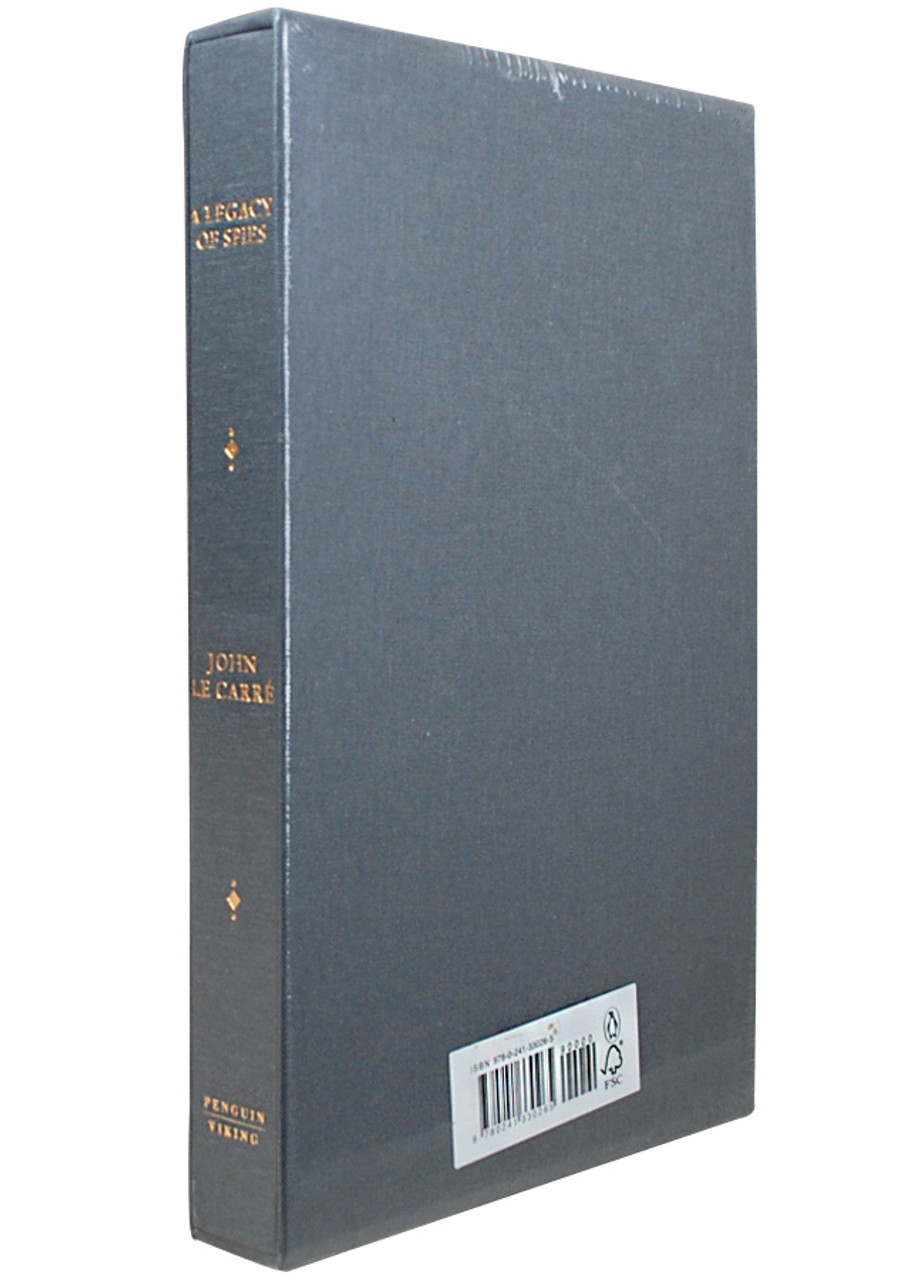 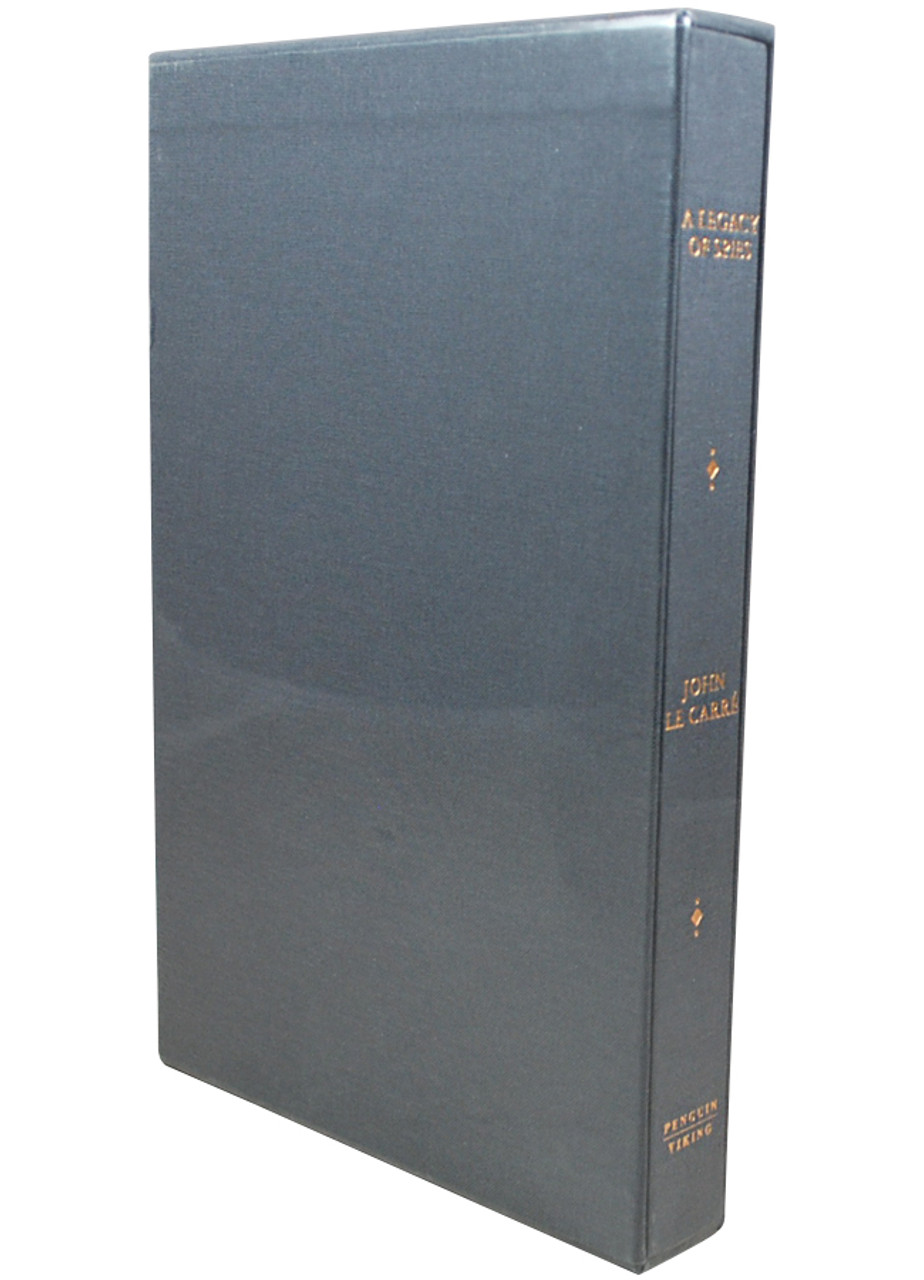 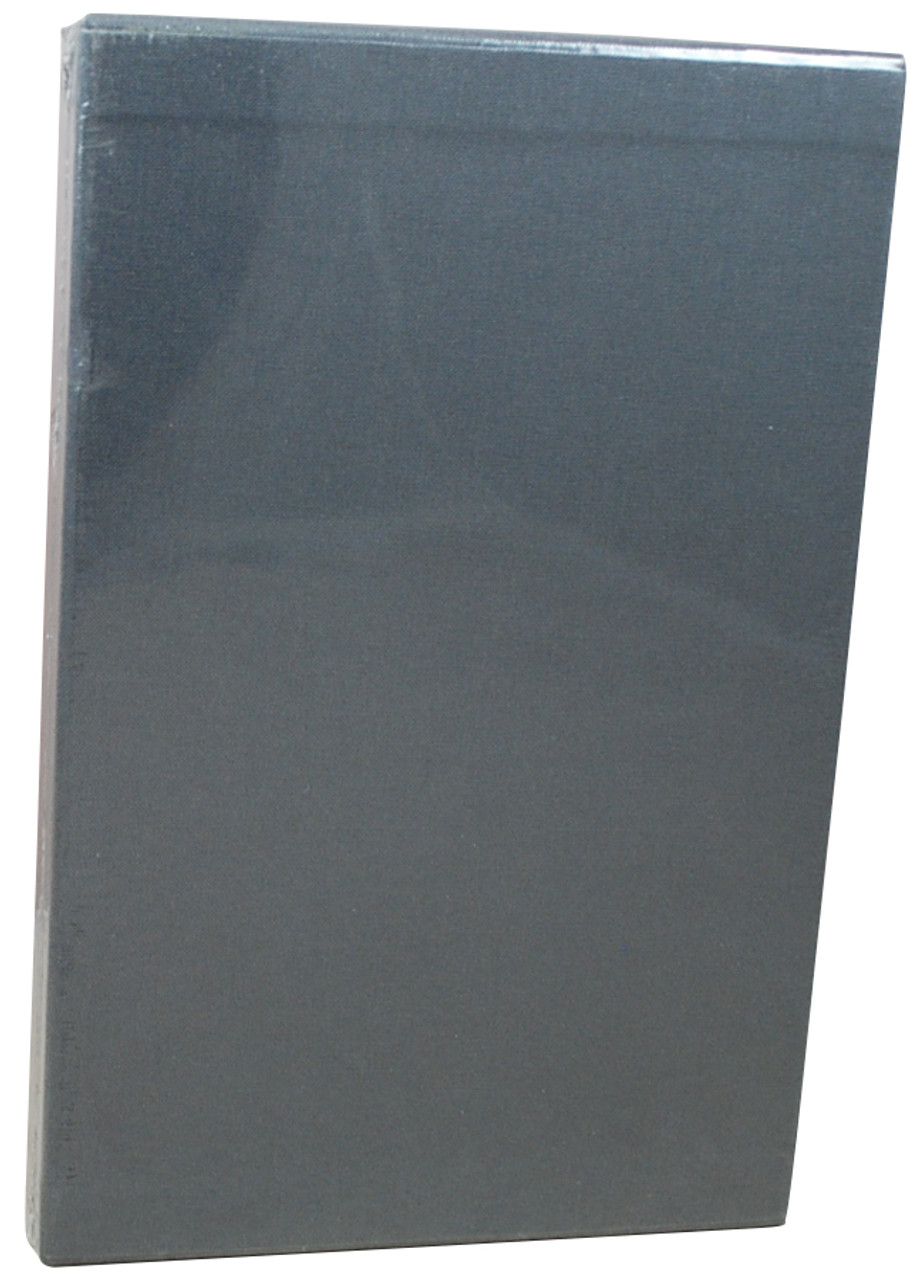 Personally signed by John Le Carre and Limited to only 250

London, Viking Press 2017. John le Carre "A Legacy of Spies: A Novel". Signed Limited Edition of only 250. This slipcased edition has been personally signed by John Lle Carre on a special limitation page. Signed and numbered edition.  Publisher's grey cloth with gilt lettering to spine, gilt device to front board and decorative endpapers. The book is housed in a matching grey cloth covered slipcase. Octavo. Sealed without any flaws.

David John Moore Cornwell (19 October 1931 – 12 December 2020), better known by his pen name John le Carré (/ləˈkæreɪ/), was a British author of espionage novels. During the 1950s and 1960s, he worked for both the Security Service (MI5) and the Secret Intelligence Service (MI6). His third novel, The Spy Who Came in from the Cold (1963), became an international best-seller and remains one of his best-known works.

ABOUT "A LEGACY OF SPIES"

A Legacy of Spies is both a prequel and sequel to John le Carré's The Spy Who Came In from the Cold. In that book, MI6 agent Alec Leamas, motivated by the death of his operative Karl Riemeck in East Berlin, agrees to undertake one final mission to get revenge on the man he believes to be Riemeck's murderer, a high ranking member of the Stasi named Hans-Dieter Mundt.

In the course of Leamas's mission, which finds him unexpectedly extracted to East Berlin, he – along with his lover, a young Communist sympathiser named Liz Gold – is shot to death at the Berlin Wall, on orders of Mundt. The men responsible for dispatching Leamas – intelligence chief Control, Control's right-hand-man George Smiley, and Smiley's protégé Peter Guillam – escape unscathed, and it is revealed that Mundt was a double agent they were trying to protect all along, without telling Leamas.

Peter Guillam, staunch colleague and disciple of George Smiley of the British Secret Service, otherwise known as the Circus, is living out his old age on the family farmstead on the south coast of Brittany when a letter from his old Service summons him to London. The reason? His Cold War past has come back to claim him. Intelligence operations that were once the toast of secret London, and involved such characters as Alec Leamas, Jim Prideaux, George Smiley and Peter Guillam himself, are to be scrutinized by a generation with no memory of the Cold War and no patience with its justifications.

Interweaving past with present so that each may tell its own intense story, John le Carré has spun a single plot as ingenious and thrilling as the two predecessors on which it looks back: The Spy Who Came in from the Cold and Tinker Tailor Soldier Spy. In a story resonating with tension, humor and moral ambivalence, le Carré and his narrator Peter Guillam present the reader with a legacy of unforgettable characters old and new.

“Le Carré’s prose remains brisk and lapidary. His wit is intact and rolls as if on casters... I might as well say it: to read this simmering novel is to come in from the cold.” —New York Times

“Le Carré is such a gifted storyteller that he interlaces the cards in his deck so they fit not simply with this book, but with the earlier ones as well.” —The Atlantic

"A kind of eulogy for the present as well as the past, A Legacy of Spies is haunting." —Chicago Tribune

“We wish for more complexity and logic in our politics, so we look to make political art that is logical and complex: a genre defined by John le Carré.” —New Republic

"[Le Carré] can convey a character in a sentence, land an emotional insight in [a] phrase & demolish an ideology in a paragraph." —Publishers Weekly (starred)

“Any reader who knows le Carré's earlier work, and quite a few who don't, will assume that any attempt to second-guess the mandarins of the Service will backfire. The miracle is that the author can revisit his best-known story and discover layer upon layer of fresh deception beneath it.” —Kirkus

“One of our great writers of moral ambiguity, a tireless explorer of that darkly contradictory no-man’s land.” —Los Angeles Times

“No other writer has charted—pitilessly for politicians but thrillingly for readers—the public and secret histories of his times.” —The Guardian (UK)

“I would suggest immortality for John le Carré, who I believe one of the most intelligent and entertaining writers working today.” —Alan Cheuse, Chicago Tribune

“The constant flow of emotion lifts le Carré not only above all modern suspense novelists, but above most novelists now practicing.”

—Financial Times “A writer of towering gifts.” —The Independent (UK)

As New (Sealed). A wonderful bright clean copy free of any markings, writings, or stamps. Sharp corners that are not bumped. Tight and square spine. Unread book. No attached bookplates or indication of any removed.