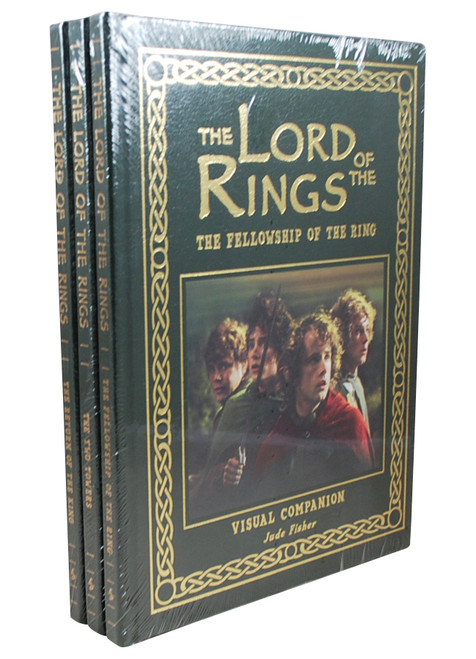 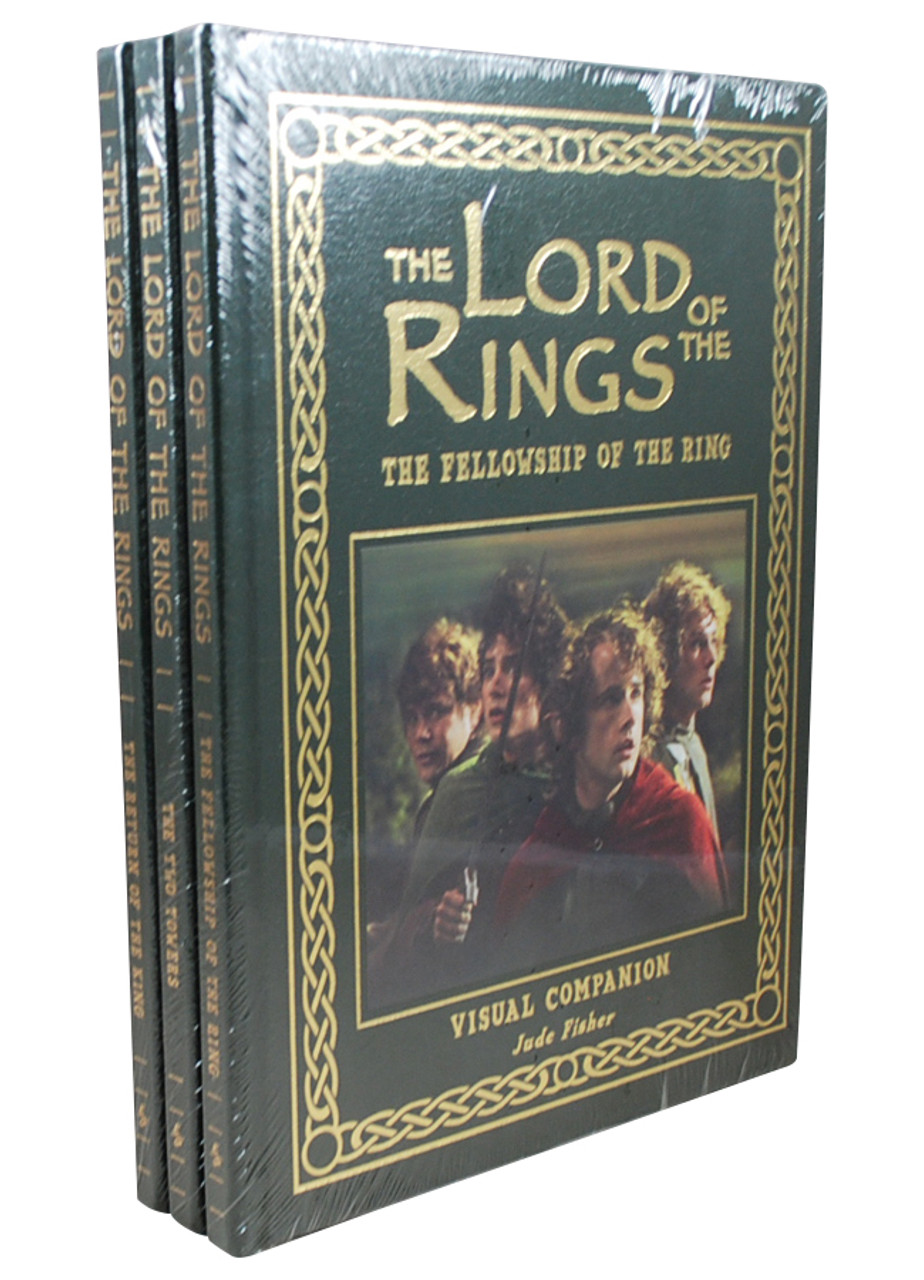 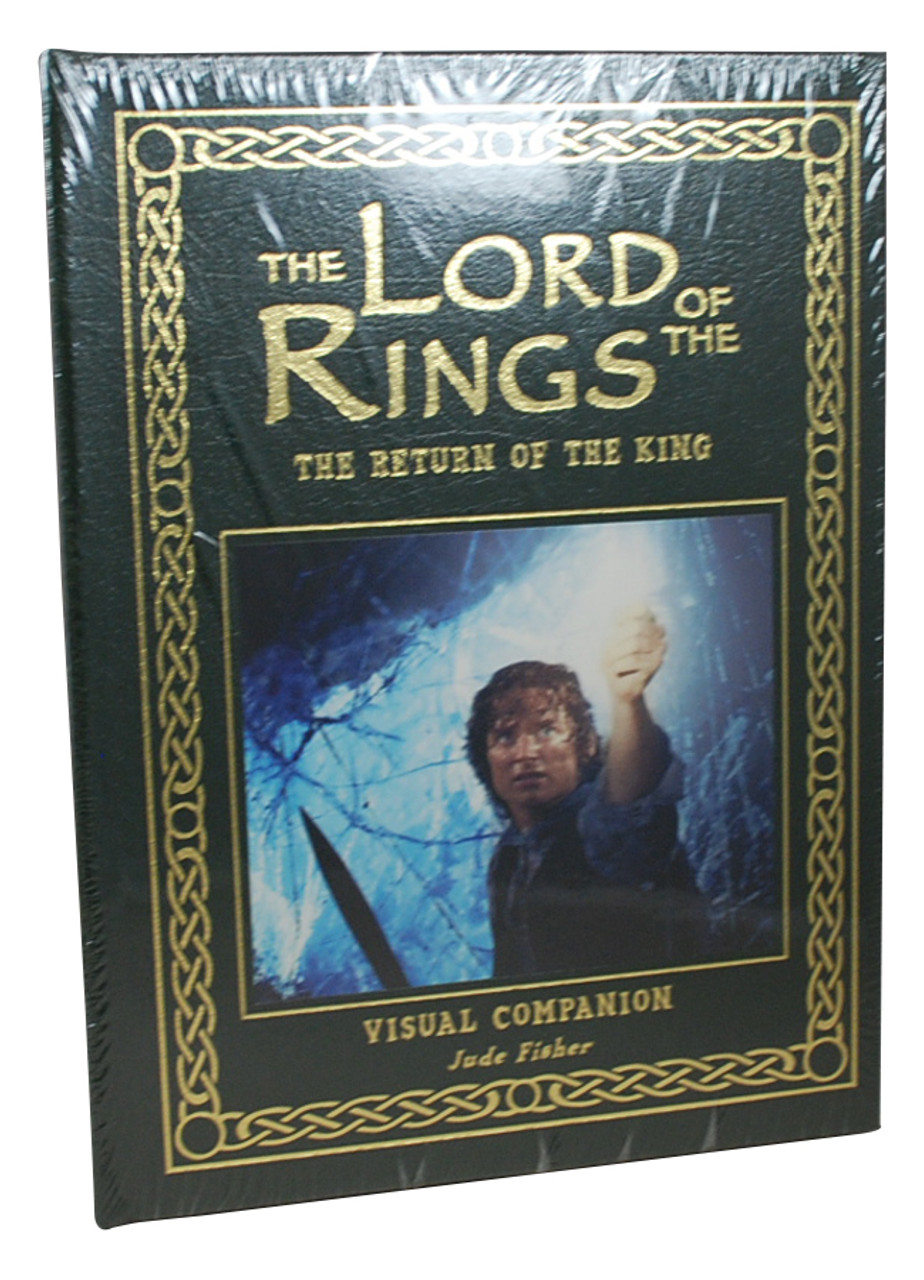 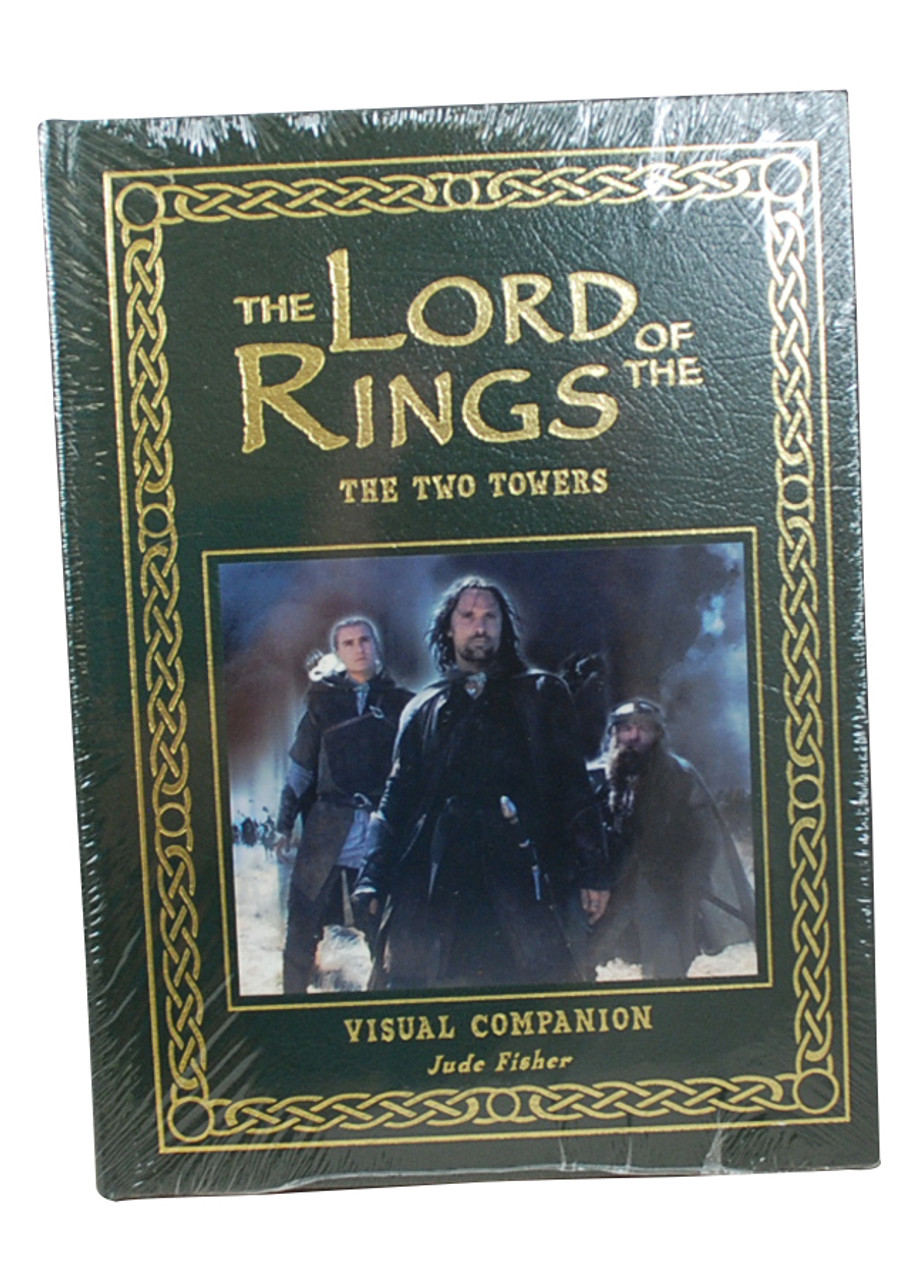 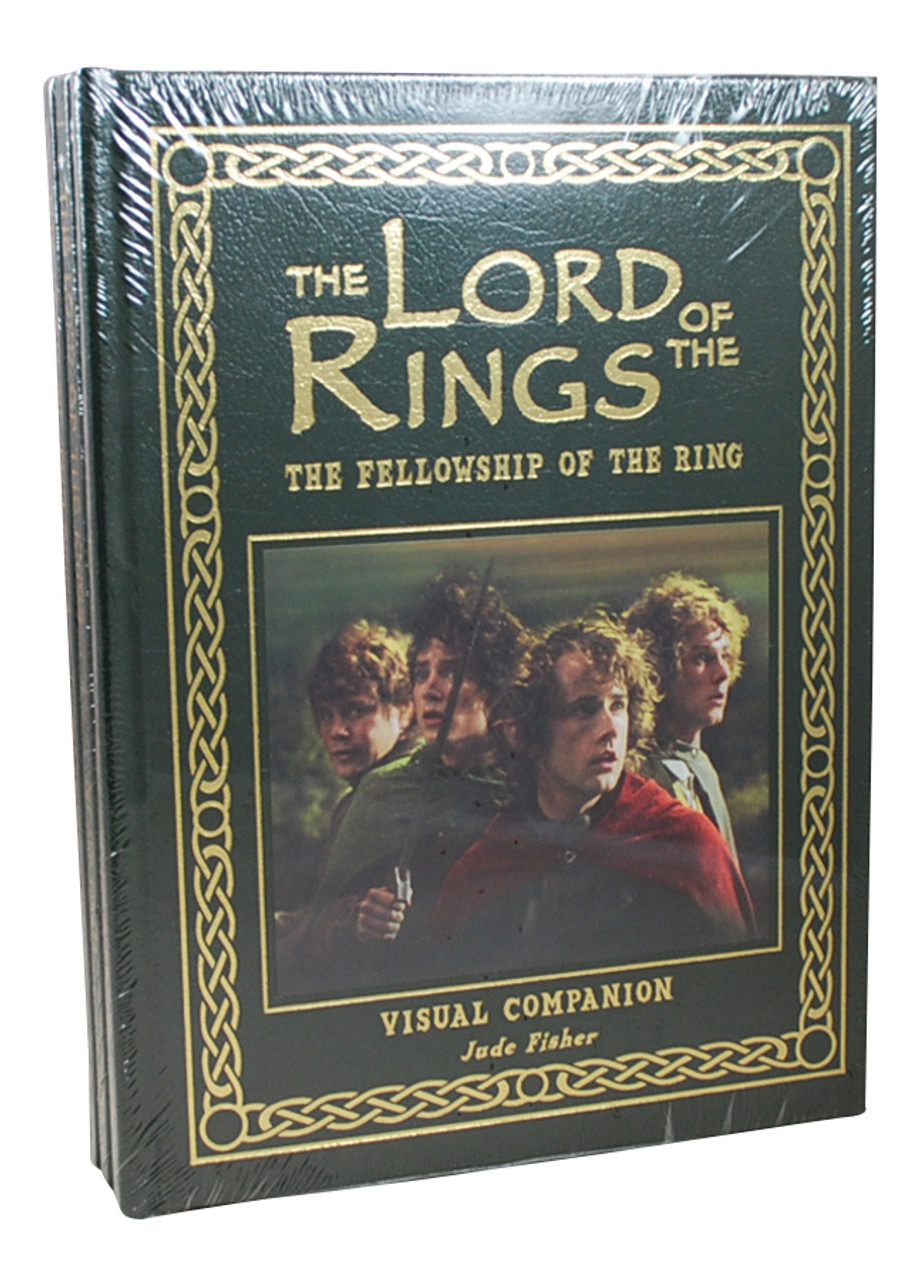 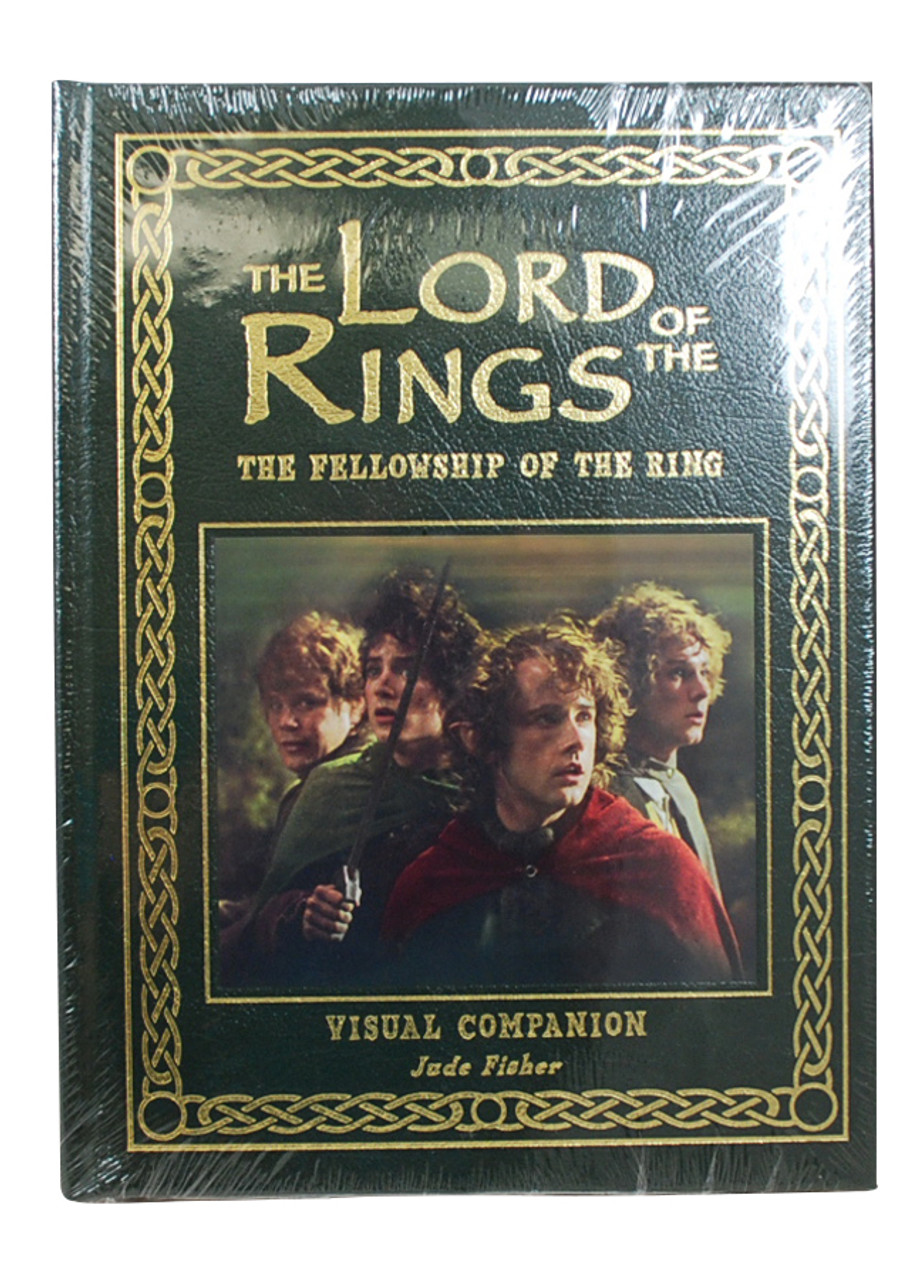 Fully illustrated with almost 300 color photographs, including stunning new images from the extended director's versions of The Fellowship of the Ring and The Two Towers, and exclusive "first-look" shots from The Return of the King, this Complete Visual Companion now tells the whole tale of The Lord of the Rings in sumptuous detail.

The many characters, creatures, and strange lands of Middle-earth encountered by the Fellowship of the Ring in their epic journey are here brought to life: from the magical Elven realms of Rivendell and Lothlorien to the abandoned Dwarven kingdom of Moria; from the wizard Saruman's stronghold at Isengard to the land of the Horse-lords, Rohan; from their last-ditch fortress at Helm's Deep to Minas Tirith, the city-kingdom of the proud Men of Gondor; from the haunted Paths of the Dead to the battlefields of Pelennor and the overrun city of Osgiliath; from Cirith Ungol and the Nazgul's tower of sorcery at Minas Morgul into the very heart of Mordor. Along the way our heroes will encounter Elves and Ents, Uruk-hai and Orcs, Trolls, and Haradrim on their towering war-elephants, the mumakil. The Companion introduces readers to the monstrous Shelob the spider, to the Corsairs of Umbar, and to that pitiful but deadly creature Gollum.

The Fellowship of the Rings:

Houghton Mifflin is proud to present a full-color, large-format, guide to the characters, cultures, and locations of J.R.R. Tolkien's extraordinary creation Middle-earth, as depicted in the movie The Fellowship of the Ring - the first of three blockbuster films from New Line Cinema. Filled with stunning imagery and with a thorough, informative narrative text, The Fellowship of the Ring Visual Companion will provide the reader with a rich feast of detail and information. Featuring exclusive photos of Frodo, Gandalf, the Ringwraiths, elves, and all the other main characters and creatures of the first film, the book also includes breathtaking pictures of Hobbiton, Rivendell, and Moria. The first of a projected three-book series that no Tolkien fan, from novice to expert, should be without, The Fellowship of the Ring Visual Companion contains a special eight-page gatefold of large-format images unique to this book.

Packed with stunning imagery and including a thorough and informative text, this "Visual Companion" is a full-color, large-format introduction to the people, places, and things of J.R.R. Tolkien's varied and rich imaginary world, Middle-earth, as depicted in the upcoming film "The Fellowship of the Ring." Full color throughout with 8-page gatefold.

The official, fully authorized companion to the second part of Peter Jackson's award-winning trilogy, The Lord of the Rings. The Two Towers Visual Companion is a full-color guide to the characters, places and landscapes of J.R.R. Tolkien's Middle-earth as depicted in the second film in The Lord of the Rings Trilogy, and features a special introduction by Viggo Mortensen, who plays Aragorn. Lavishly illustrated with more than 100 full-color photographs, including exclusive images of Gollum, Treebeard and the battle of Helm's Deep, The Two Towers Visual Companion offers a privileged tour through the principal events of the second film. It begins with a recounting of The Fellowship of the Ring, and then takes the reader on the separate journeys undertaken by the Fellowship in The Two Towers. The Ring Quest: in which Frodo and Sam journey alone towards Mordor, alone that is, except for the sneaking figure of Gollum, who has been dogging their footsteps since Moria. The Captives' Journey: in which Merry and Pippin are carried by the fearsome Uruk-hai towards a fateful encounter with the wizard, Saruman, at the stronghold of Isengard. The Companions' Journey: in which Aragorn, Legolas and Gimli pursue the abducted hobbits across the Plains of Rohan and into the eaves of Fangorn Forest. Also included are a brand new map of Rohan and Gondor and a specially commissioned battle plan of the climactic events at Helm's Deep, where a brave stand will be made by the Free Peoples of Middle-earth against Saruman's horde. The companion offers an unforgettable tour of the haunted swamp of the Dead Marshes and the lovely but dangerous land of Ithilien which borders Mordor, the breathtaking kingdom of Rohan, home of the Horse-lords, its seat of power, Edoras, and the ancient stronghold of Helm's Deep, and provides an invaluable introduction to Peter Jackson's The Two Towers.

This full-color book is the perfect bridge between two movies: The Fellowship of the Ring and The Two Towers. Including two lush gatefolds, this companion reinforces the now-familiar characters while introducing and incorporating new elements from the second film.

The Return of the King:

From the New York Times best-selling author of The Two Towers Visual Companion comes a lavishly illustrated keepsake guide to The Return of the King. As Frodo, Sam, and Gollum slowly make their way into the depths of the Dark Lord's realm of Mordor in their desperate quest to destroy the One Ring, the scattered members of the fellowship, now scarred and battered from the Battle of Helm's Deep, must journey to the Gondorian stronghold of Minas Tirith for a last stand against the might of Sauron and his evil minions. 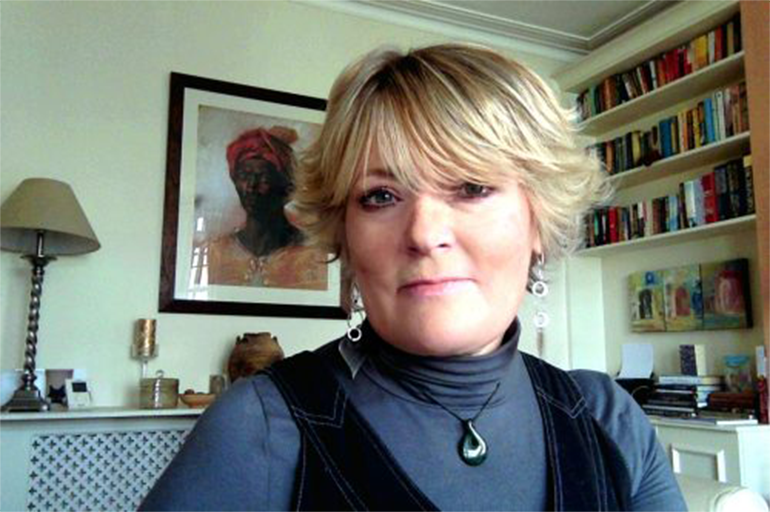 Jude Fisher is the pseudonym for Jane Johnson. Jane Johnson is from Cornwall and has worked in the book industry for 30 years as a bookseller, publisher and writer.

For many years she was responsible for publishing the works of JRR Tolkien, and later worked on Peter Jackson’s Lord of the Rings movie trilogy, spending many months in New Zealand with cast and crew (she wrote the official visual companions to the films). The authors she publishes include George RR Martin (creator of A Game of Thrones), Dean Koontz, Robin Hobb, Stuart MacBride, Mark Lawrence, Raymond E Feist and SK Tremayne.

While she was in Morocco in 2005 to research The Tenth Gift she met her soon-to-be husband Abdellatif, a Berber tribesman from a village in the Anti-Atlas Mountains. Returning home, she gave up her office job in London, sold her flat and shipped the contents to Morocco and they were married later that year. They now split their time between Cornwall and Morocco, and Jane still works remotely as a Fiction Publishing Director for HarperCollins.

A complete and matching set. Very scarce, even more so in this new and sealed condition. Enhance your library with this leather bound collector's set from Easton Press. Each volume has a full page...