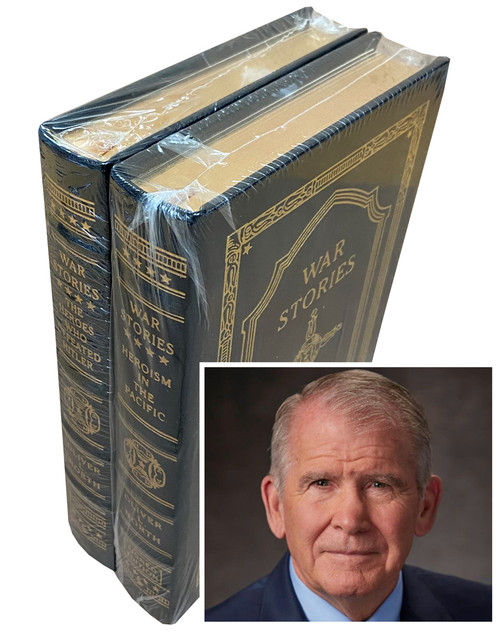 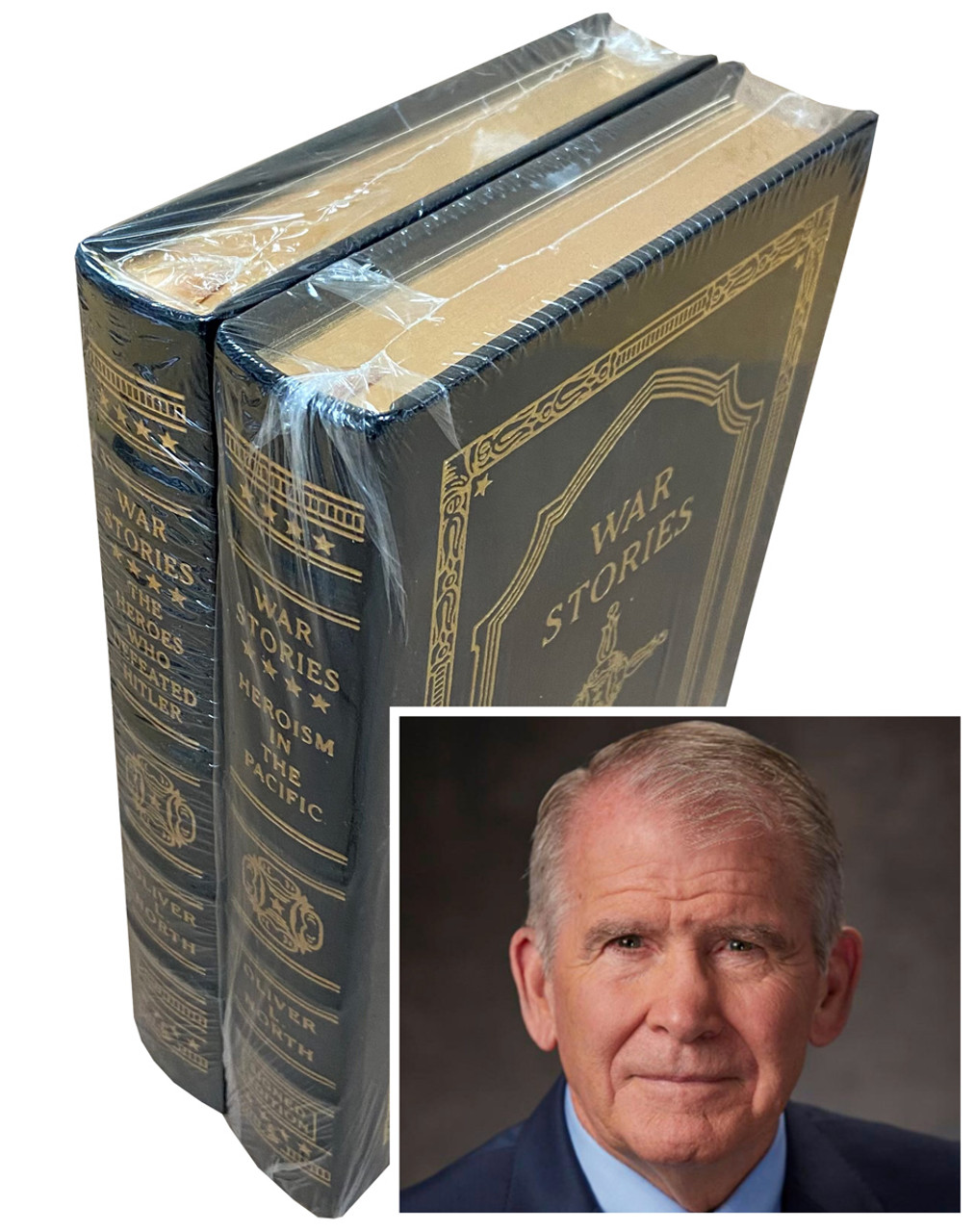 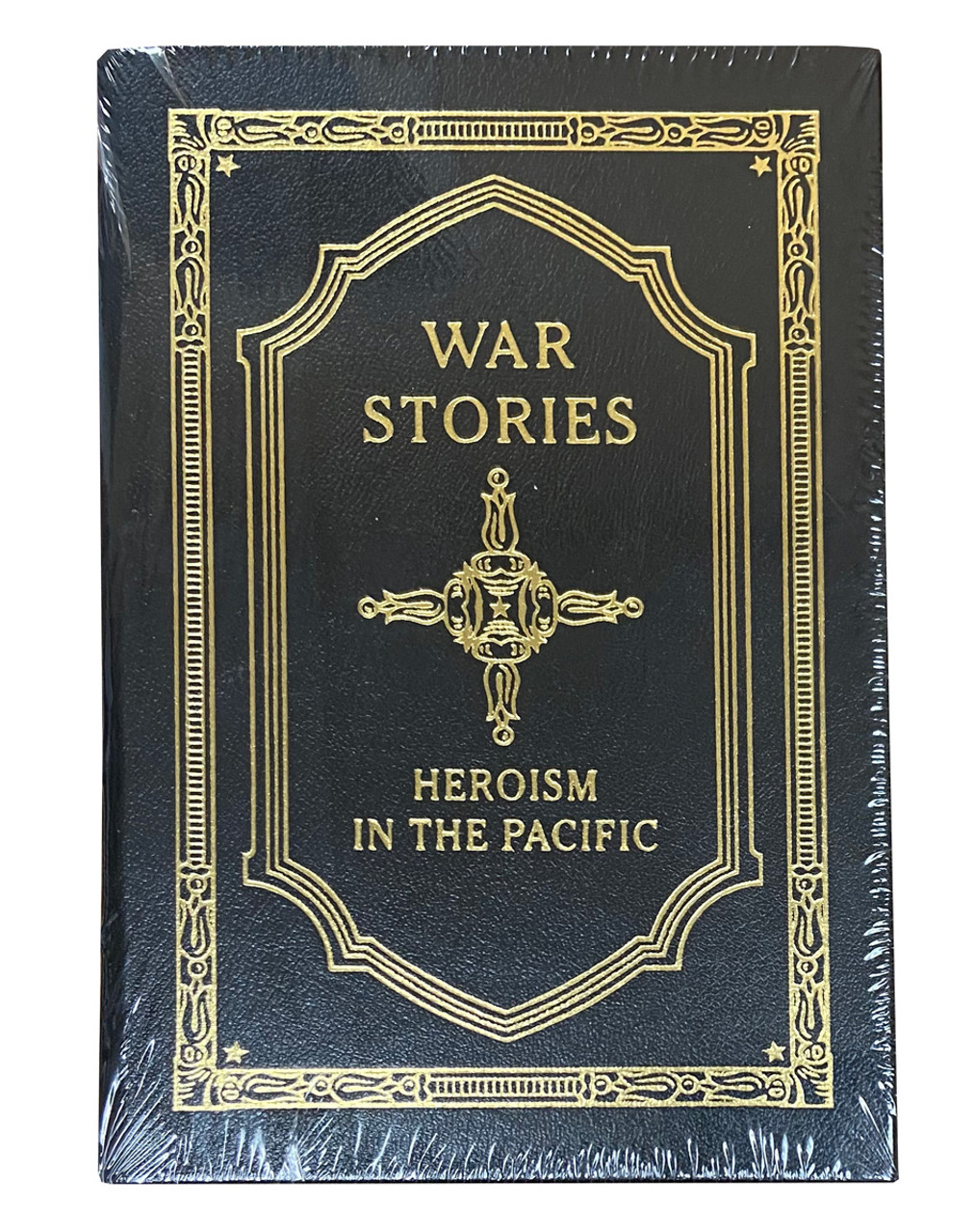 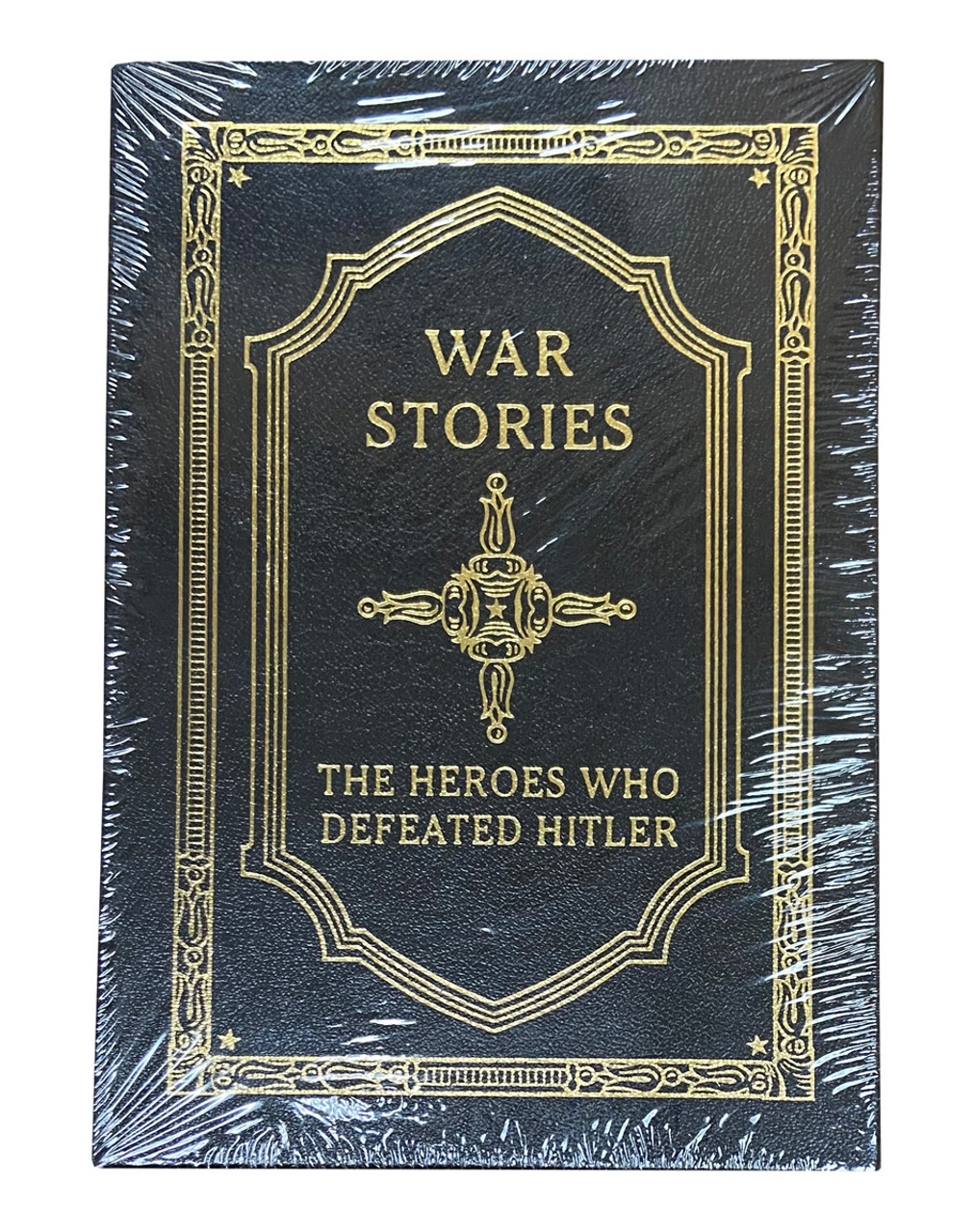 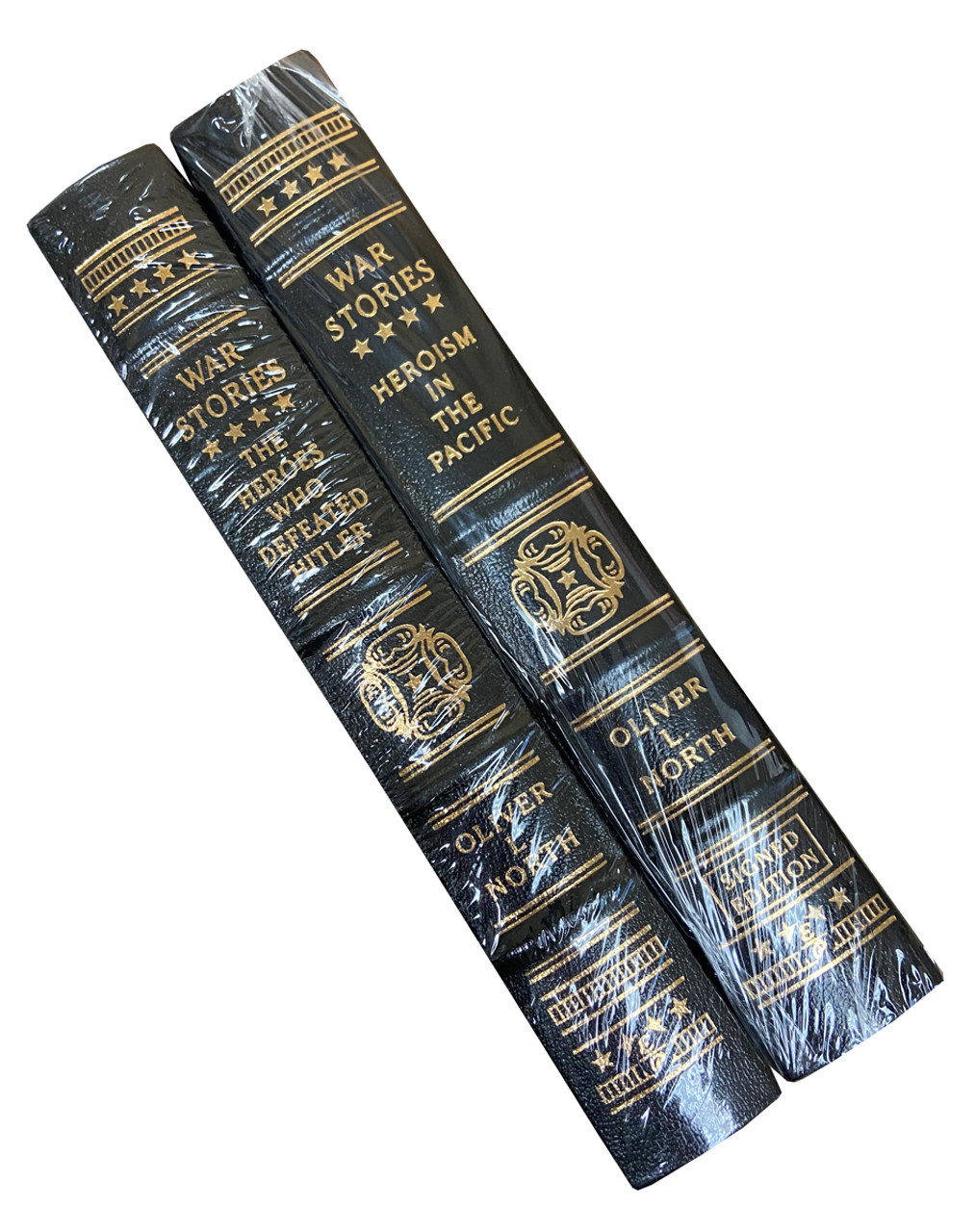 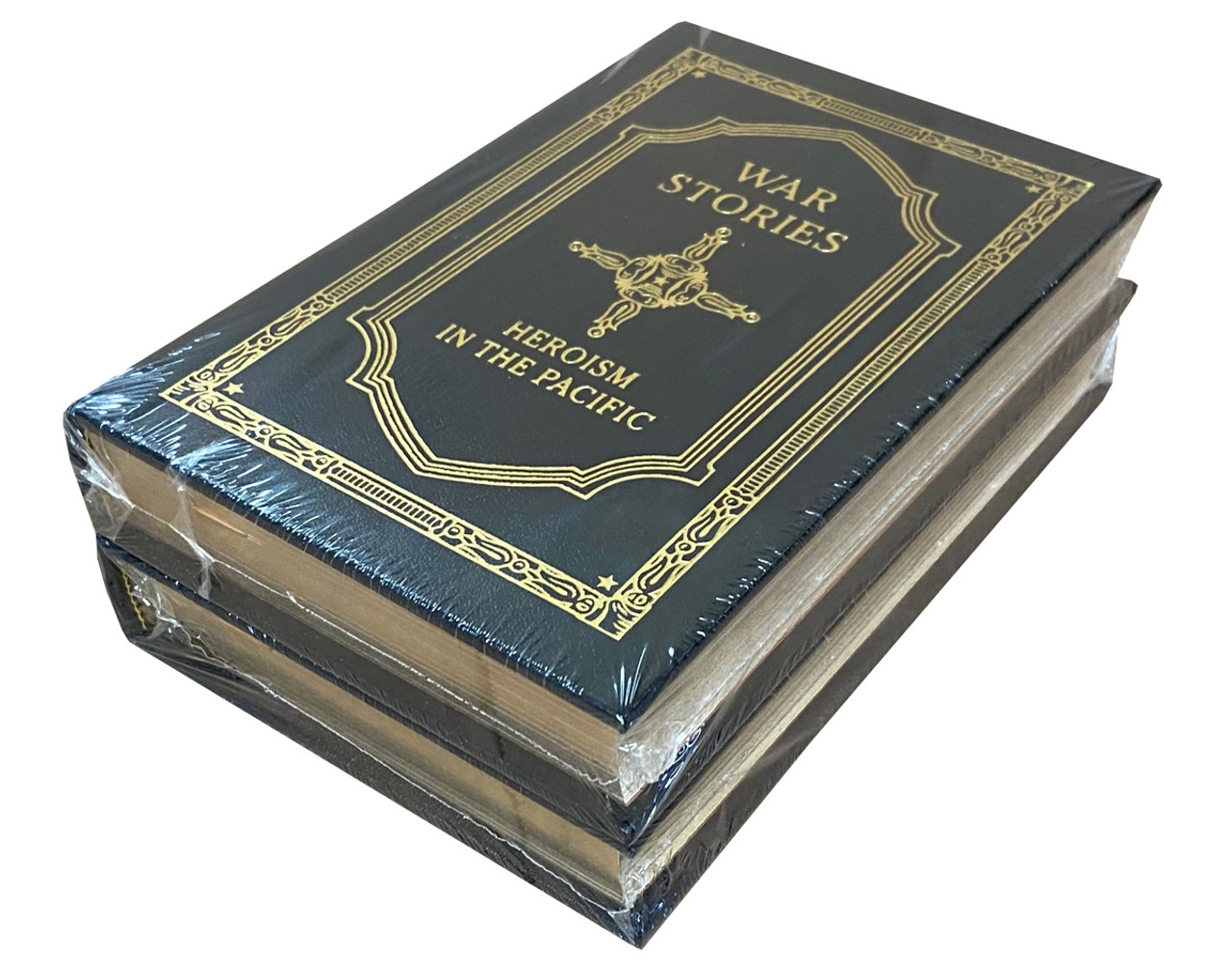 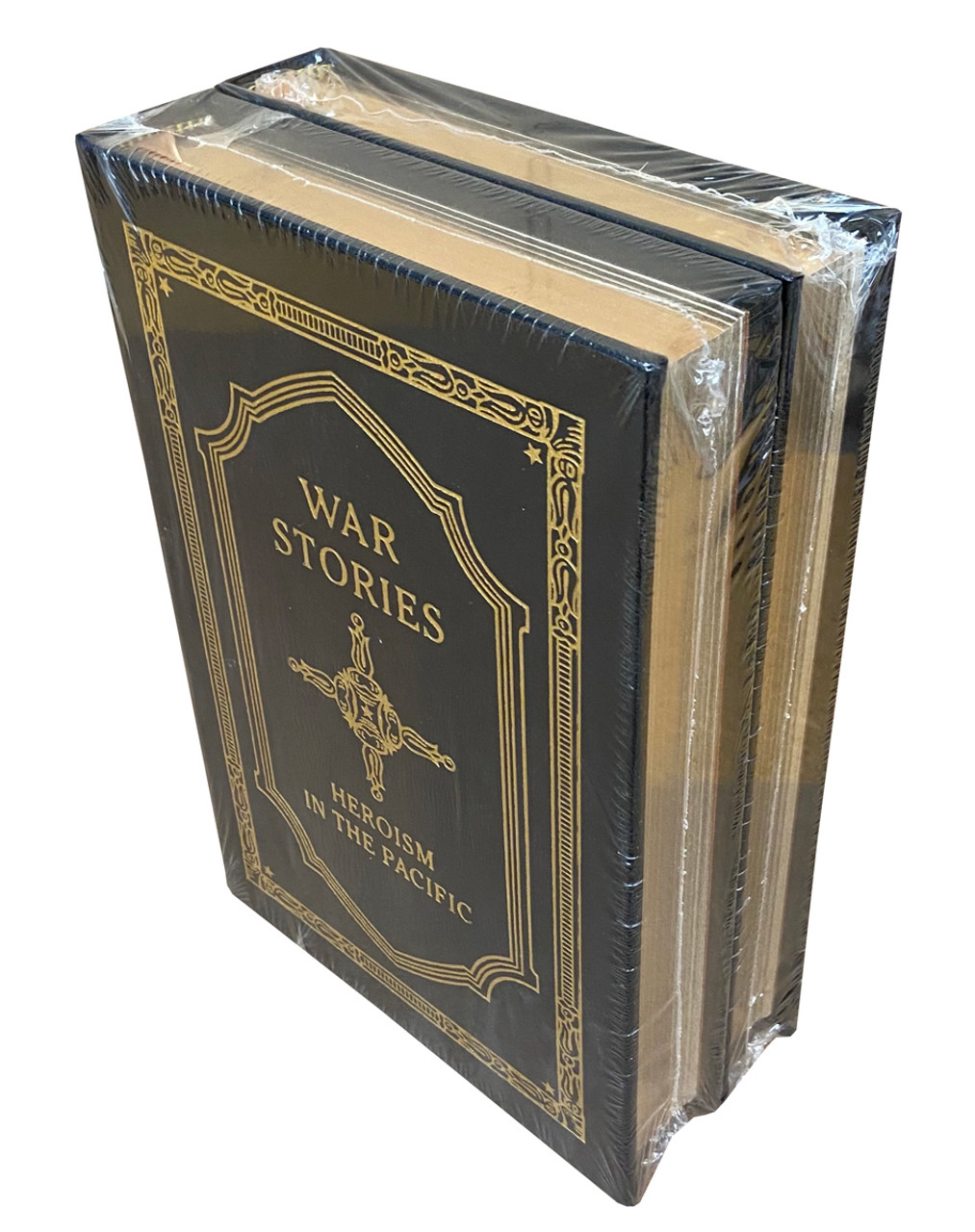 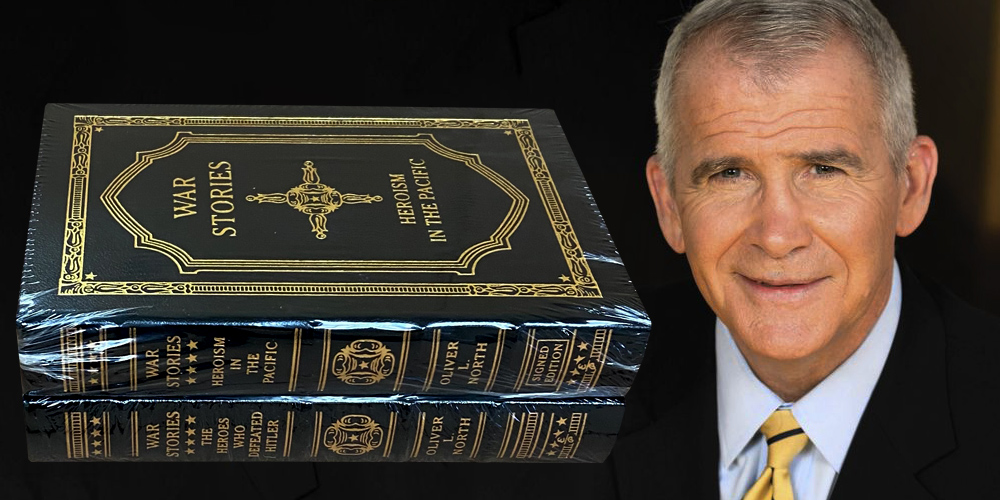 A two-volume set in one shipment:

THE HEROES WHO DEFEATED HITLE

It was the Greatest Generation’s greatest moment: when heroes at home and abroad, united in common purpose as soldiers, sailors, airmen, and Marines—under the leadership of generals like Patton, Eisenhower, Marshall, and Bradley—rescued Europe from the tyranny and genocide of Adolf Hitler. In War Stories III: The Heroes Who Defeated Hitler, Marine combat veteran Lt. Col. Oliver North gives you a chance to revisit the front lines. Using dramatic first-person testimony, North reveals: The reality of combat: how it felt to live through the Battle of Britain as a citizen and a pilot, on the ground and in the air The stories of Yanks in the RAF: how Americans fought Hitler before Pearl Harbor America’s first taste of battle in North Africa against the Germans—and the French. A date with destiny: men and women who joined up together to fight for liberty. The saga of war on the home front: how women faced enormous challenges in America, Russia, and Britain and helped win the war. Featuring extended interviews with veterans that cover the war in Europe from beginning to end, War Stories III: The Heroes Who Defeated Hitler is a testament to the courage and sacrifice of the World War II generation—a remembrance of the bravery and honor of these heroes.

HEROISM IN THE PACIFIC

When it comes to sheer savagery endured by the American fighting man, few combat theaters could match the Pacific in WorldWar II: the sodden malarial and Japanese infested jungles of New Guinea and Guadalcanal, the kamikaze pilots for whom death was no deterrent, and the blood-soaked beaches taken by island-hopping Marines. Here, in their own words, are the compelling stories of American soldiers, sailors, airmen, and Marines, as told to decorated combat veteran Lt. Colonel Oliver North.

In War Stories II: Heroism in the Pacific, North reveals:

Eyewitness testimony from Pearl Harbor veterans that Japanese Zeros did not fire the first shots: our defending forces did—with startling results
The living hell of the Bataan Death March and the daring rescue of the Ghosts of Bataan
The big battles: the Coral Sea, Midway, Guadalcanal, the Marianas, Leyte
How Americans cracked the secret Japanese JN-25 code and changed the course of the war

War Stories II: Heroism in the Pacific is the essential book for every veteran of the war, every student of military history, and every American who is inspired by the courage and sacrifice of the Greatest Generation in one of its greatest moments.

A veteran of the Vietnam War, North was a National Security Council staff member during the Iran–Contra affair, a political scandal of the late 1980s. It involved the illegal sale of weapons to the Khomeini regime of the Islamic Republic of Iran to encourage the release of American hostages then held in Lebanon. North formulated the second part of the plan, which was to divert proceeds from the arms sales to support the Contra rebel groups in Nicaragua, sales which had been specifically prohibited under the Boland Amendment. North was granted limited immunity from prosecution in exchange for testifying before Congress about the scheme. He was initially convicted on three felony charges, but the convictions were vacated and reversed and all charges against him dismissed in 1991.

North unsuccessfully ran for the U.S. Senate seat held by Chuck Robb from Virginia in 1994, receiving 43% of the vote. He then hosted a talk show on Radio America from 1995 to 2003, and hosted War Stories with Oliver North on Fox News from 2001 to 2016. In May 2018, North was elected as president of the National Rifle Association. On April 27, 2019, he resigned amidst a dispute with the organization's chief executive Wayne LaPierre, and was succeeded by Carolyn D. Meadows. 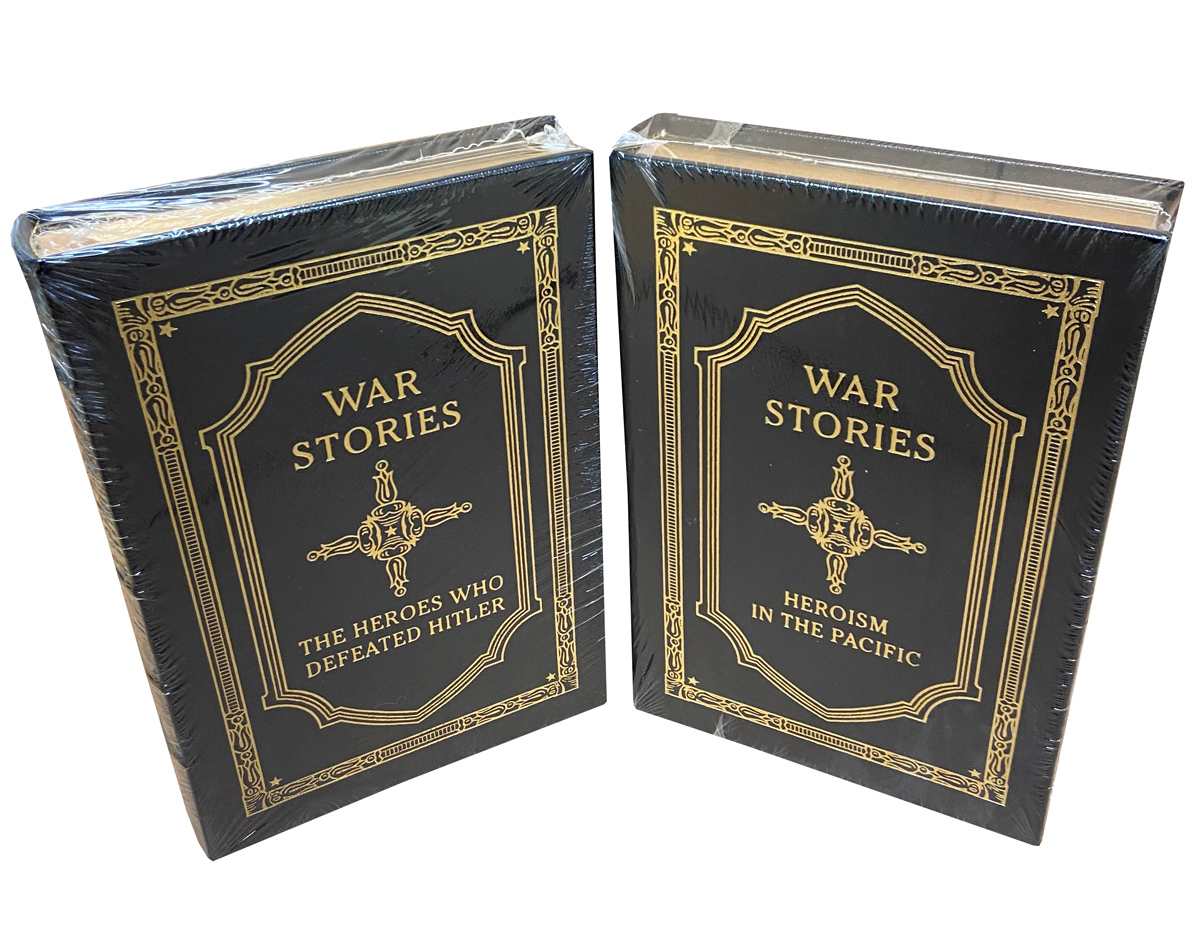 VERY FINE GUARANTEED. Sealed for both volumes. Each one is a wonderful bright clean copy free of any markings, writings, or stamps. Sharp corners that are not bumped. Tight and square spine. Unread book. No attached bookplates or indication of any removed.