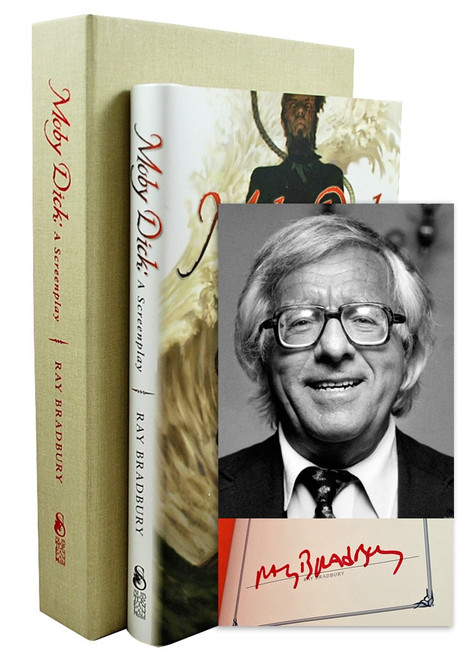 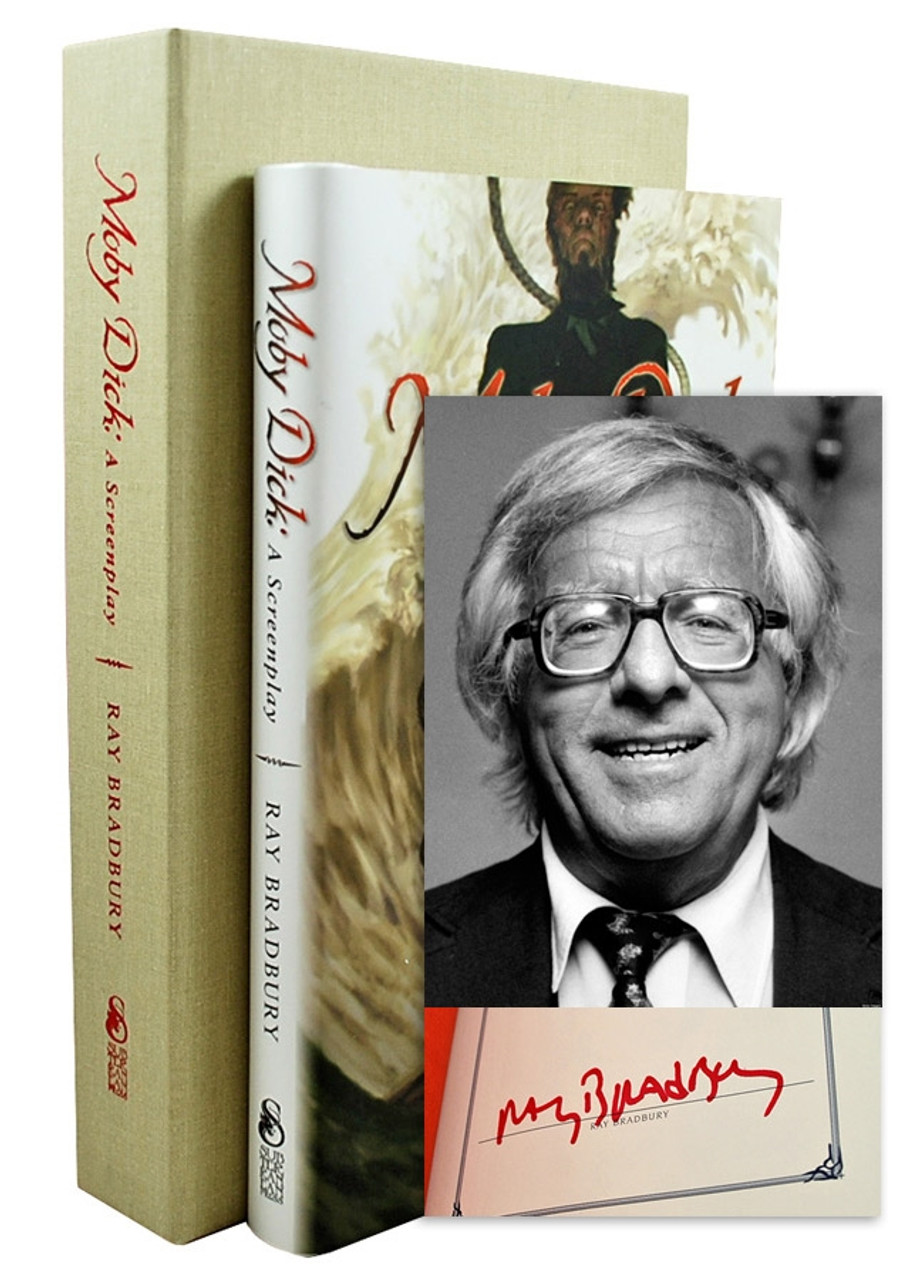 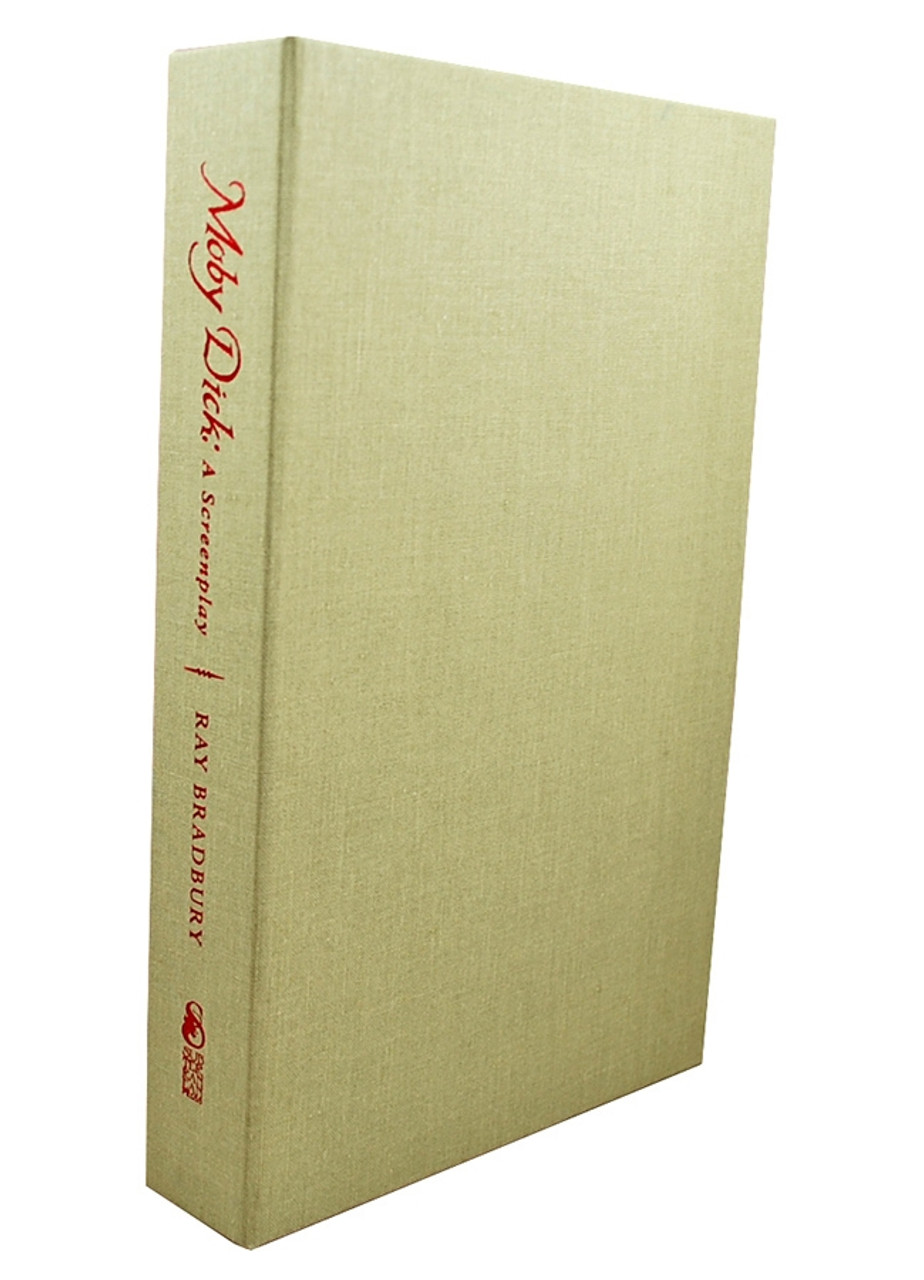 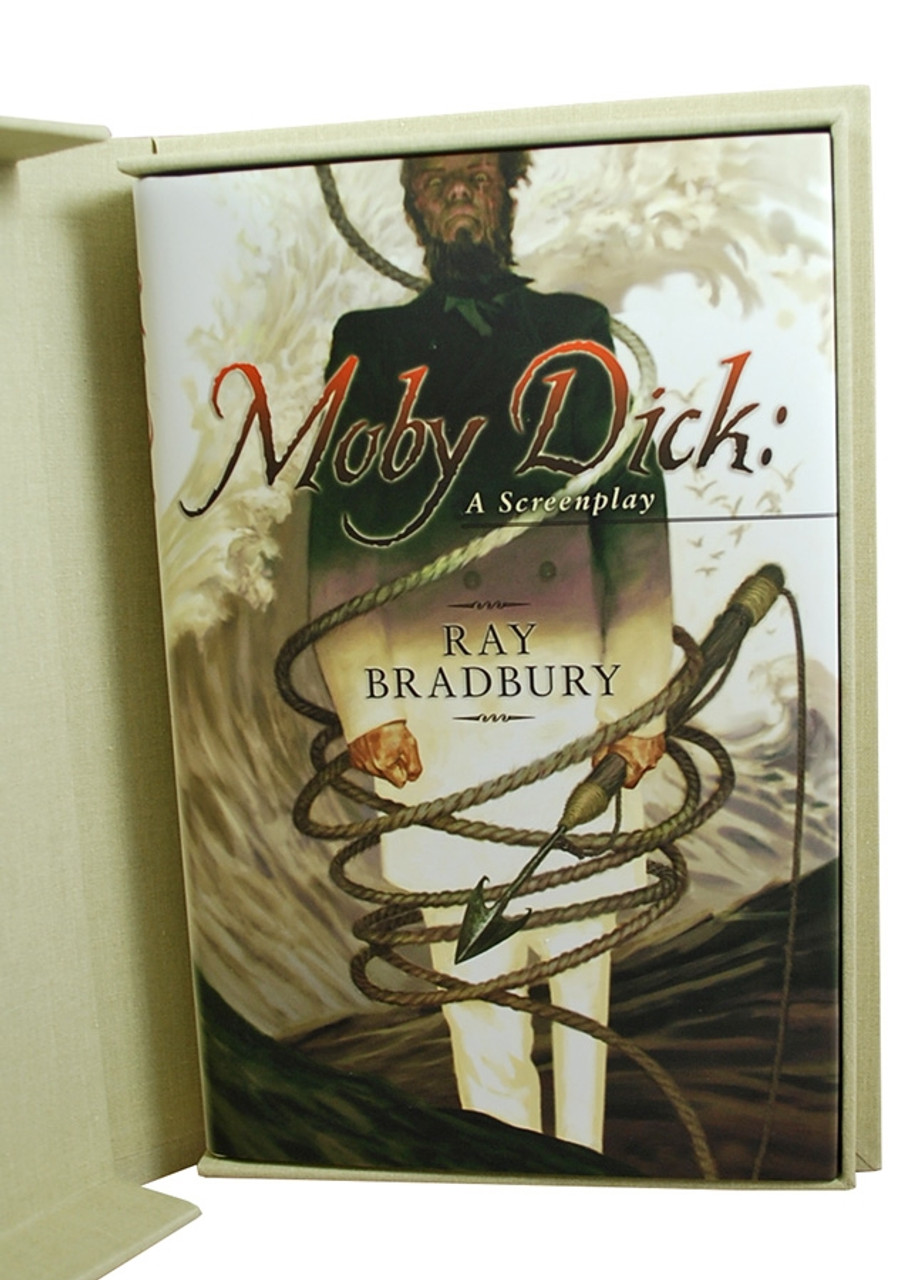 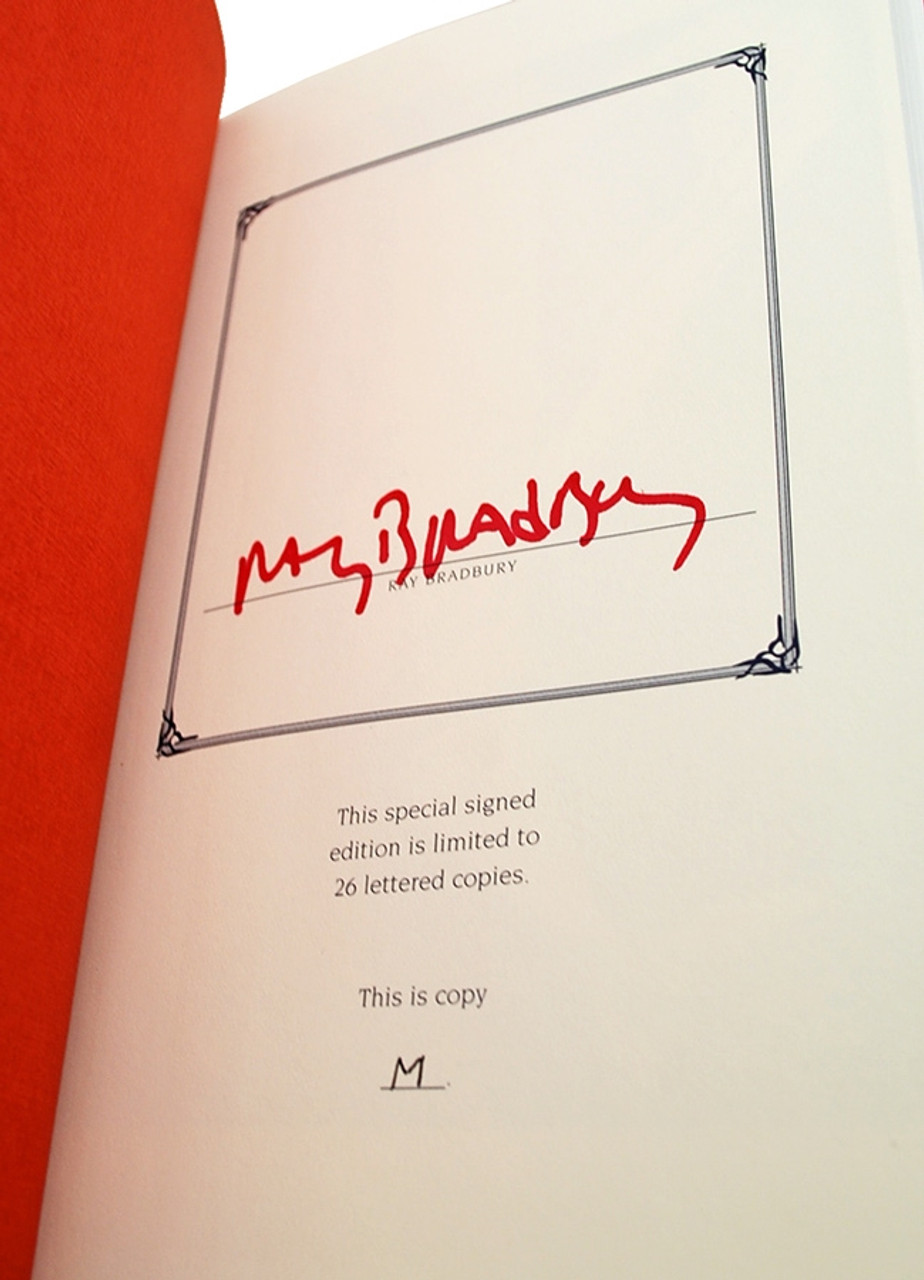 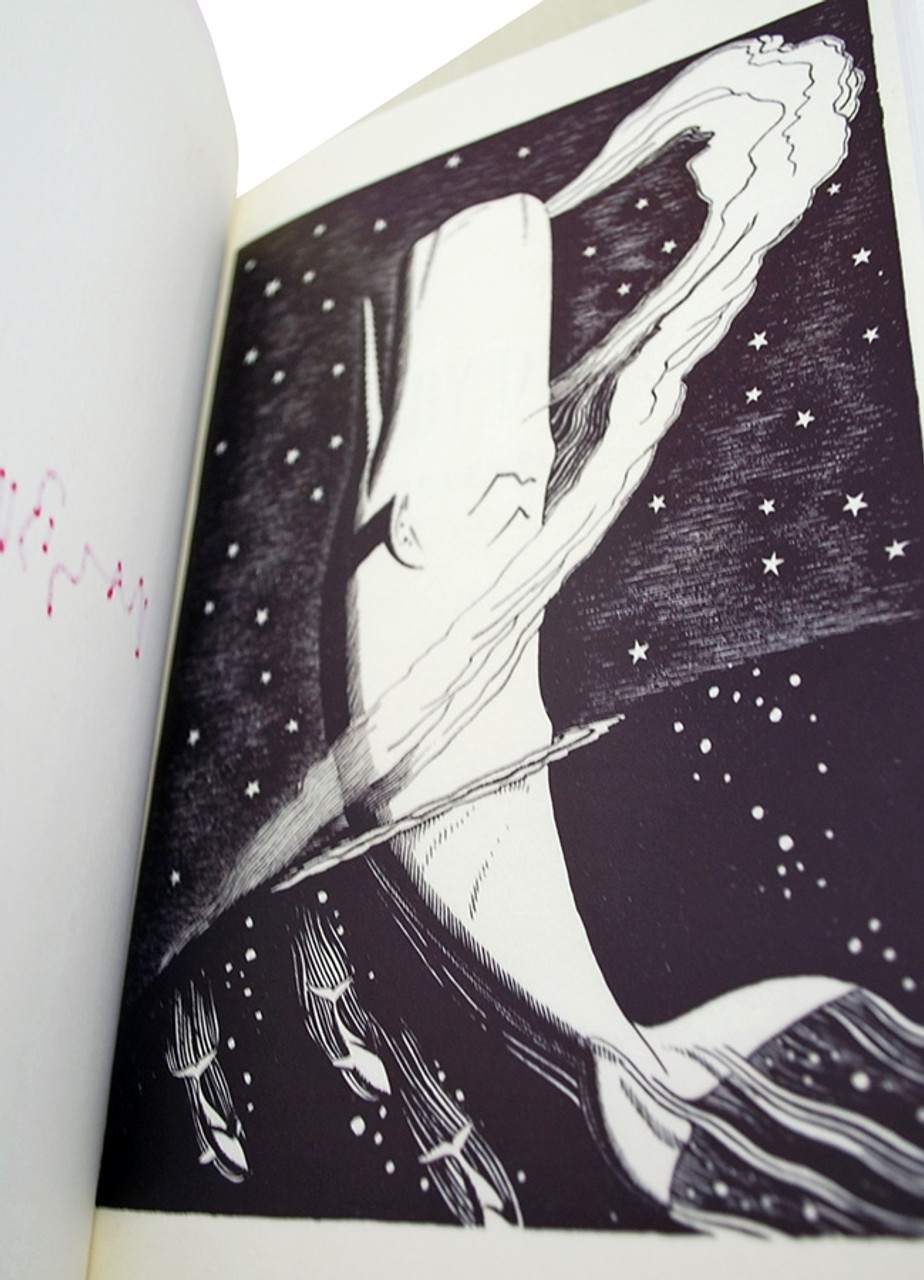 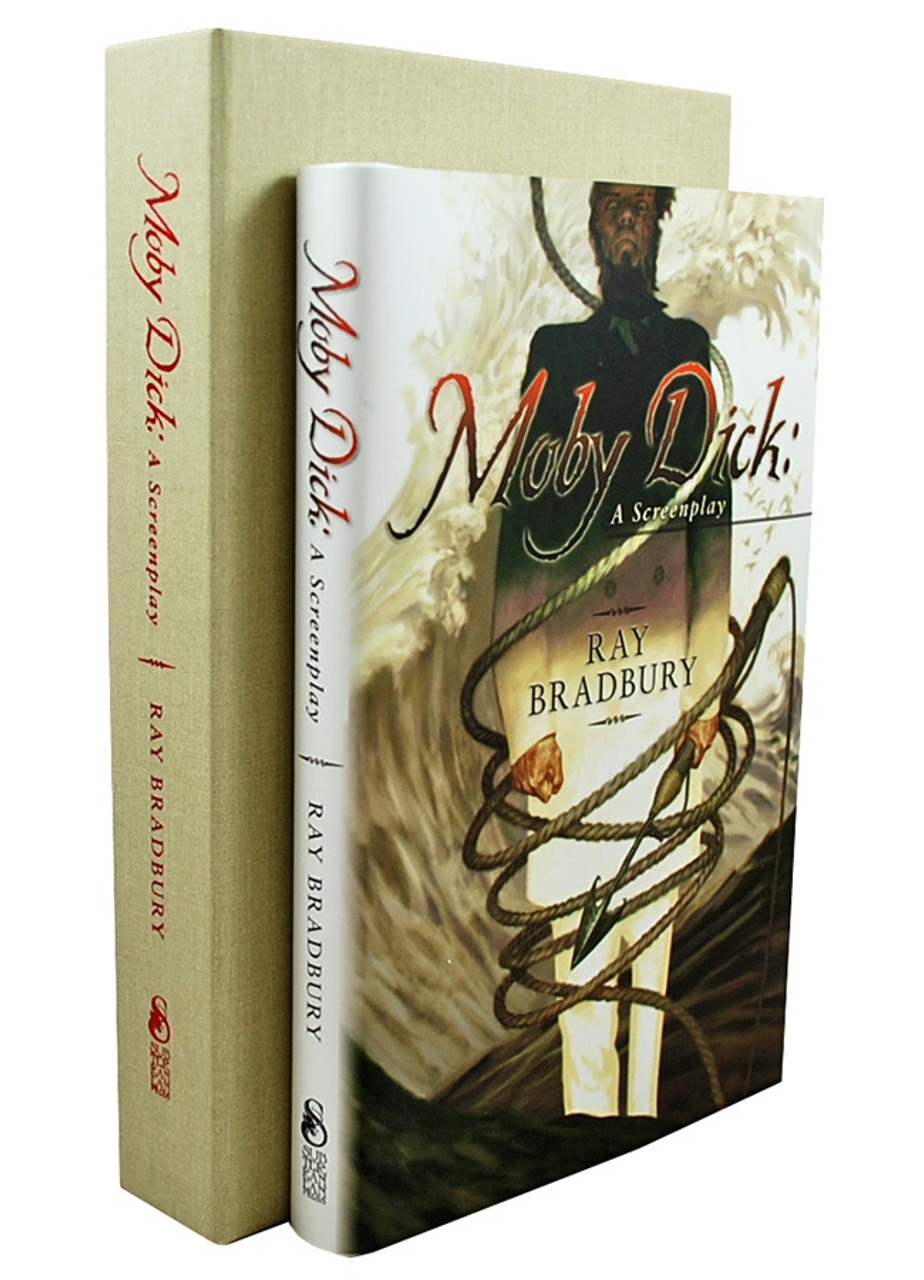 Personally signed by Ray Bradbury. Lettered M of only 26.

Subterranean Press, Burton, MI, 2008. Ray Bradbury "Moby Dick: A Screenplay". Signed Lettered Edition of only 26 produced in tray-case. This is lettered "M", personally signed by the author Ray Bradbury on a special limitation page. Hardcover with dust-jacket. First Edition. There was no other limited edition of this title. This edition is now OUT OF PRINT from the publisher. 209 pages.

Herman Melville's classic Moby Dick comes to life in this legendary screenplay by Ray Bradbury. In 1953, the young Bradbury was approached by director John Huston, and their efforts produced the definitive film adaptation of Melville's novel, starring Gregory Peck.

Ishmael, a young man in search of adventure, finds more than he bargained for when he signs on the Pequot, an infamous whaling ship captained by the driven Captain Ahab, who will stop at nothing in his quest to confront and kill the legendary white whale, Moby Dick.

In his screenplay, Bradbury's signature prose and eye for imagery distils the best of the novel, vividly drawing the scene on the Pequot, trapped between the divine madness of a powerful captain in search of a worthy foe and the vast indifference of the sea. In this, the first publication of the screenplay, Bradbury and Huston fans alike can gain rare insight into the development of their idols.

Despite the drawbacks of Bradbury's text being a script, Bradbury still manages to tell an excellent story and his characters do come to life, even without the actors' interpretations. His Ahab, Ishmael, Starbuck, and Queequeg are individuals, in some cases, such as Queequeg, even more fully realized on the page than they eventually were in Huston's film. In addition to Bradbury's own text, the book includes short essays by William F. Touponce and Jon R. Eller. These essays are interesting and tend to deal more with the background of Bradbury's actual work on the script rather than the script itself, but both shed light on the creative process and make Moby Dick: A Screenplay a more fully realized volume than if the scripts had been left to stand on its own. -- SFSite.com

Lettered signed limited edition, lettered "M" of 26 in tray-case.
VERY FINE GUARANTEED. A wonderful bright clean copy free of any markings, writings, or stamps. Sharp corners that have not been bumped. Unread book with square and tight binding. No bookplates attached or indication of any removed. Edges are free of any marks, spots, scratches, or blemishes.

Includes a bonus book, a sealed hardbound copy of "Bradbury, An Illustrated Life," signed by Jerry Weist. Personally signed by Ray Bradbury and Jerry Weist directly onto the limitation page...