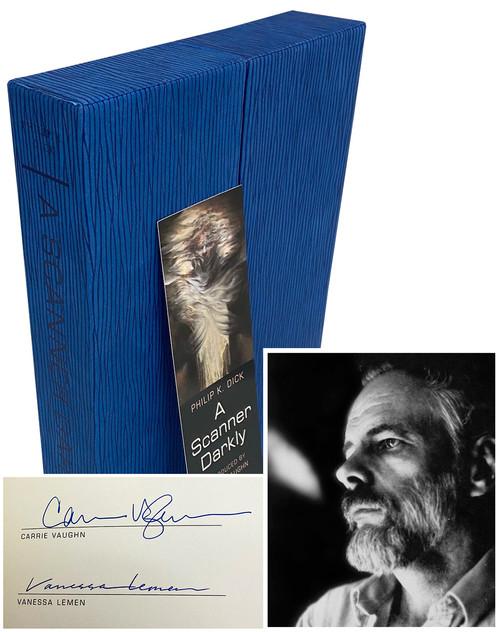 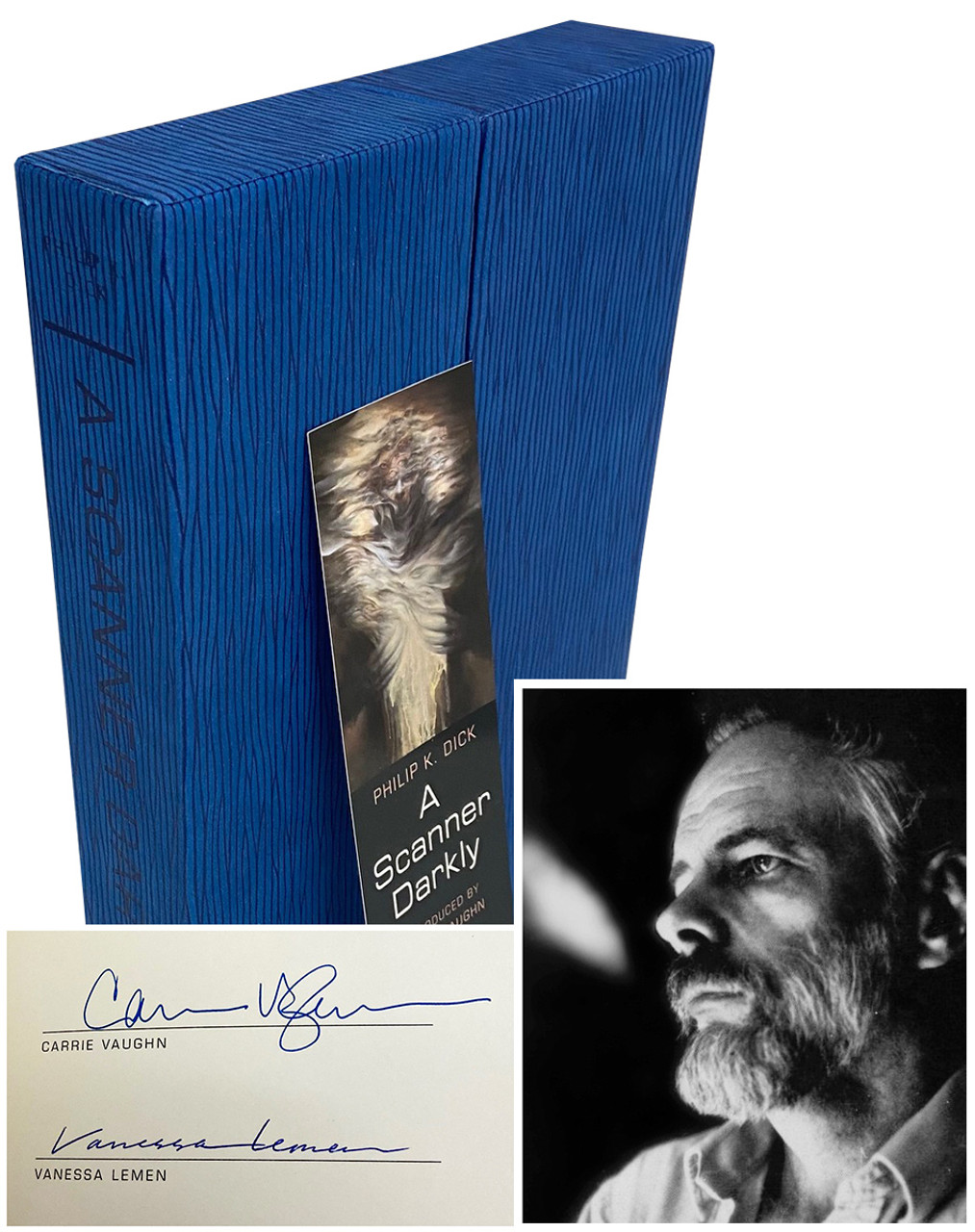 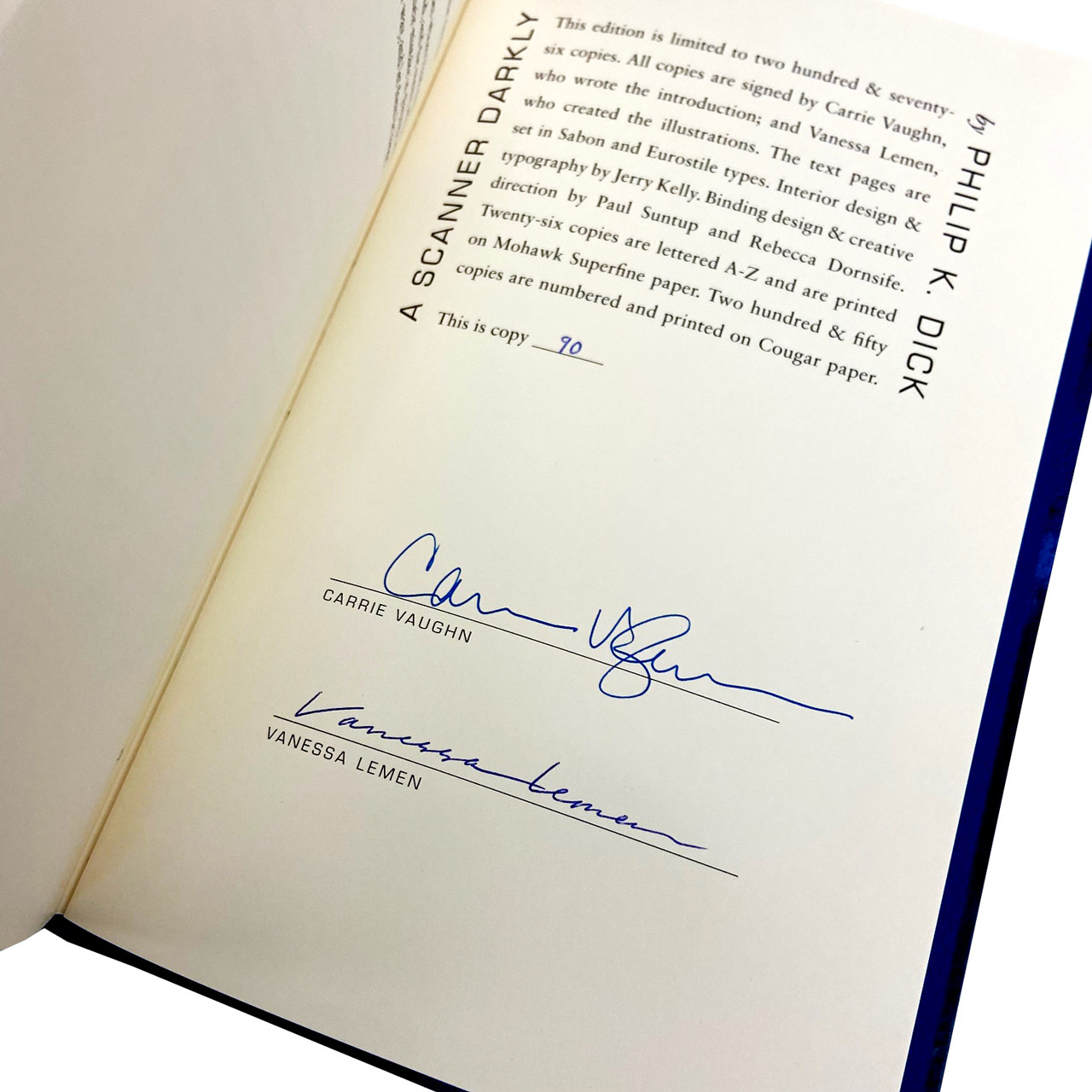 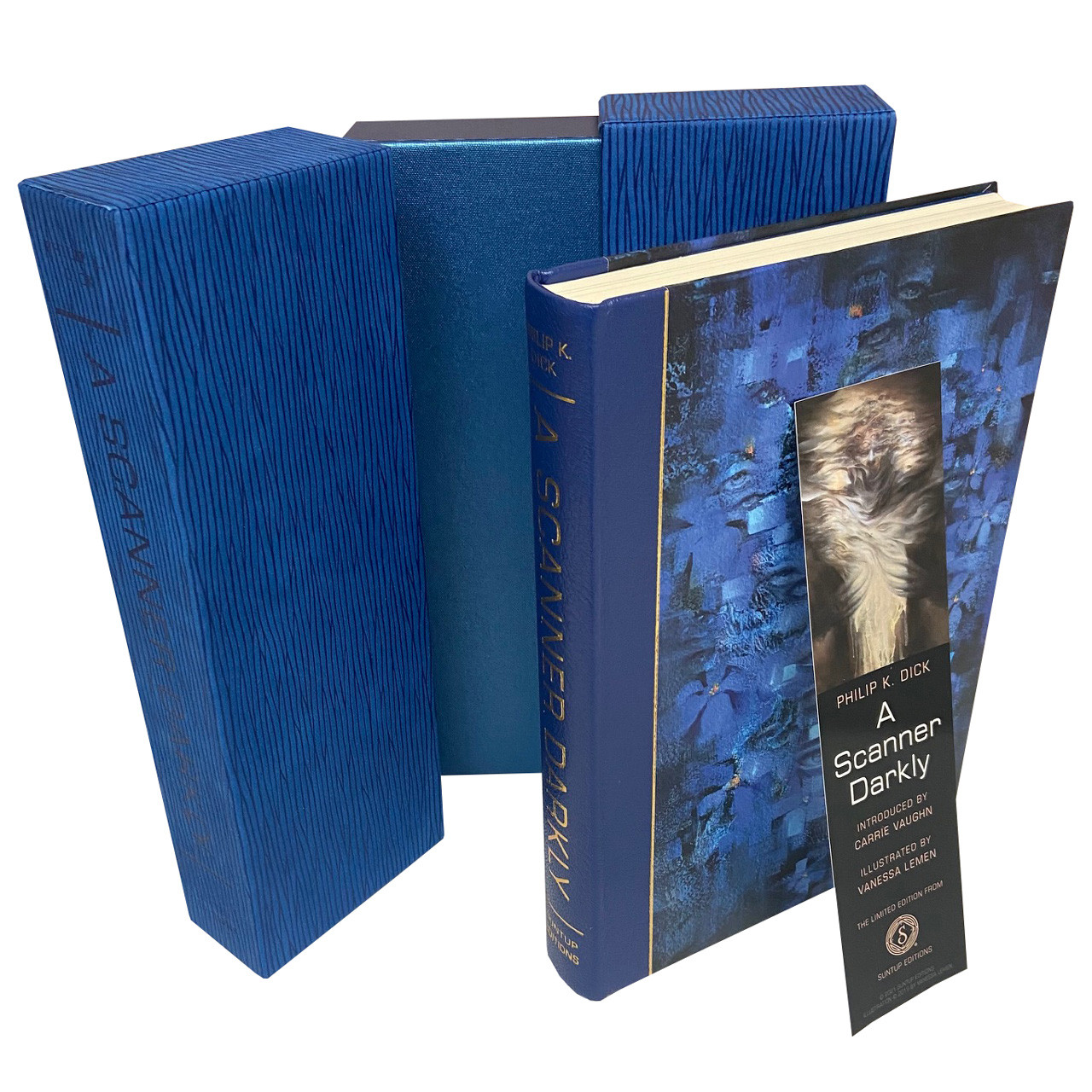 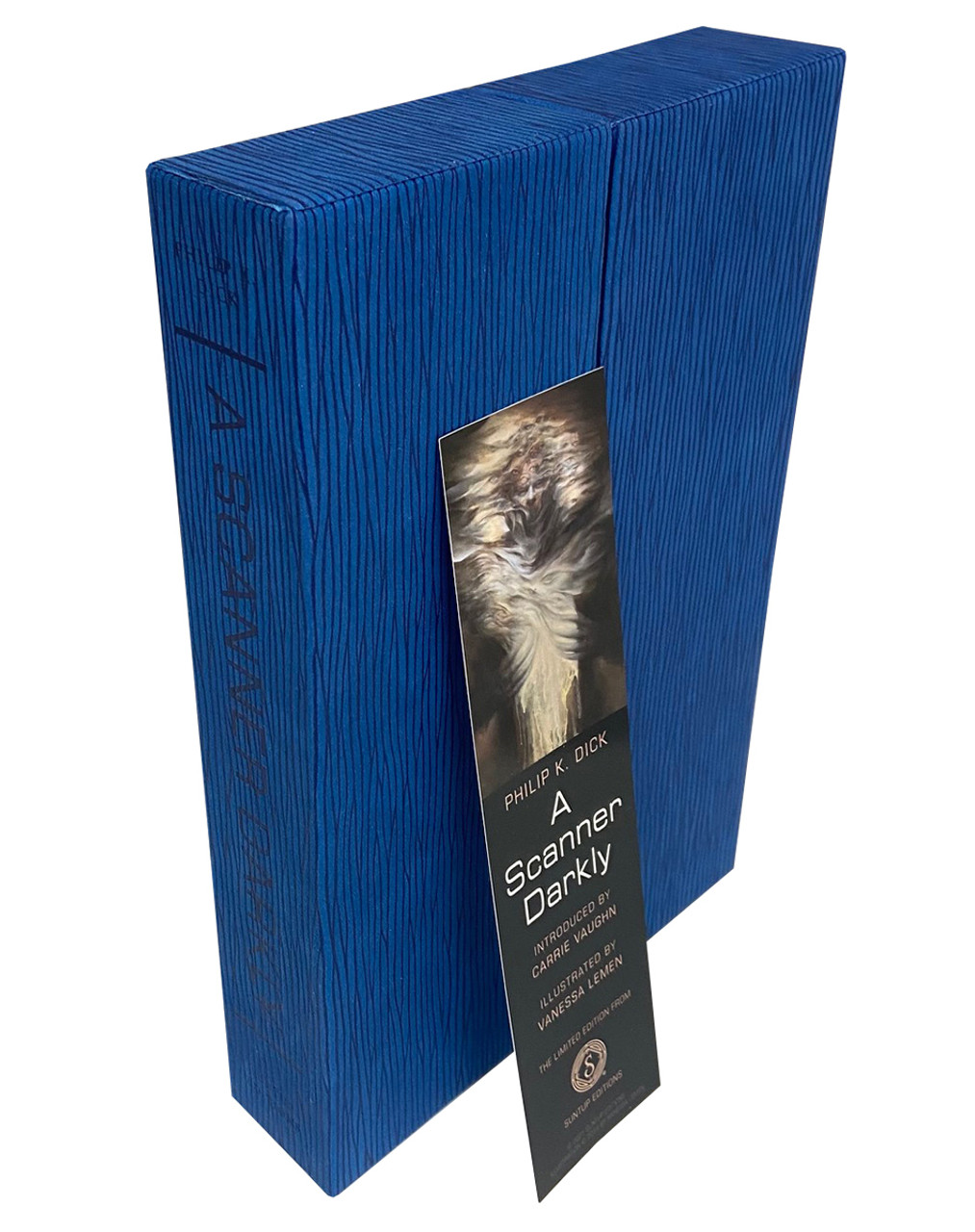 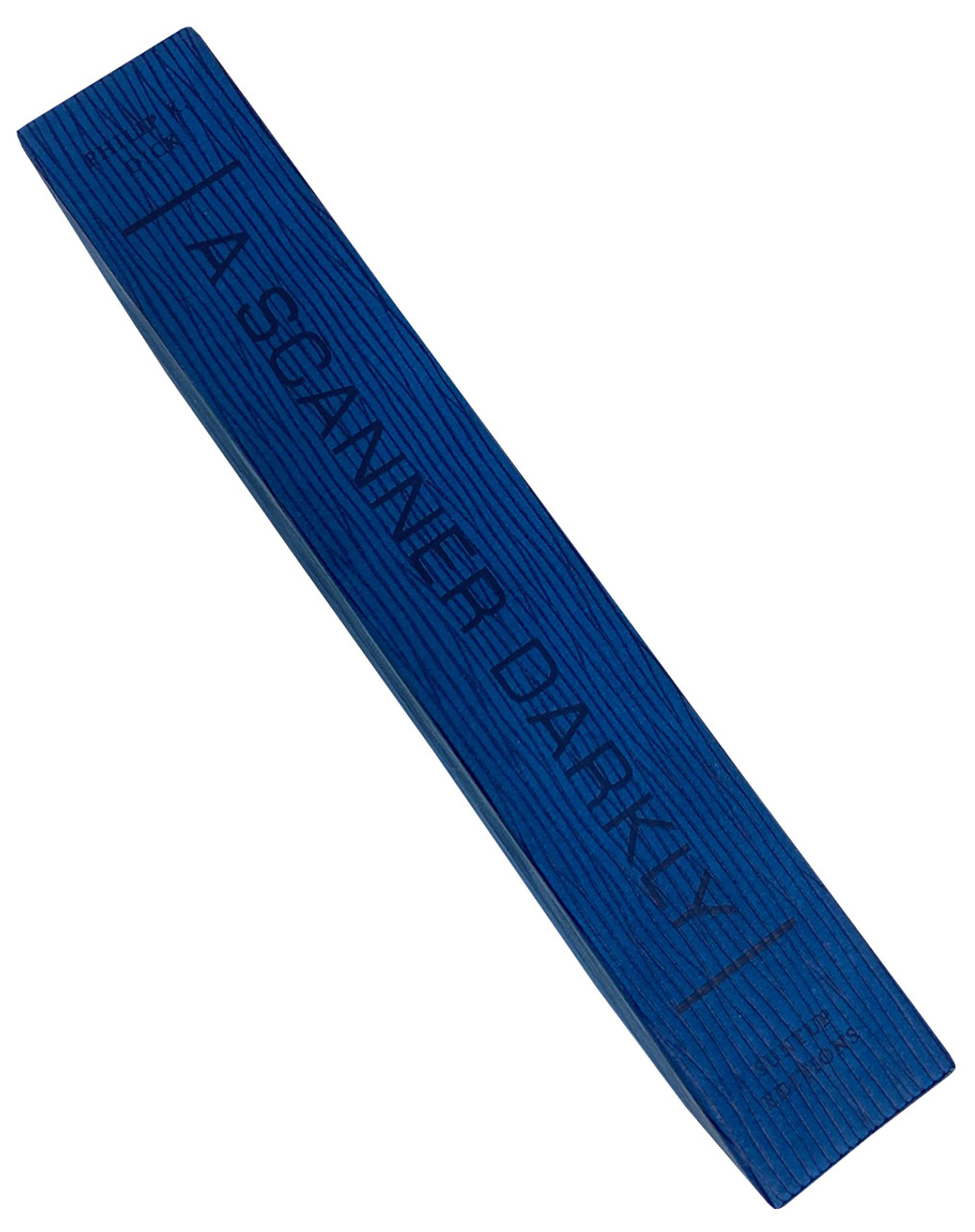 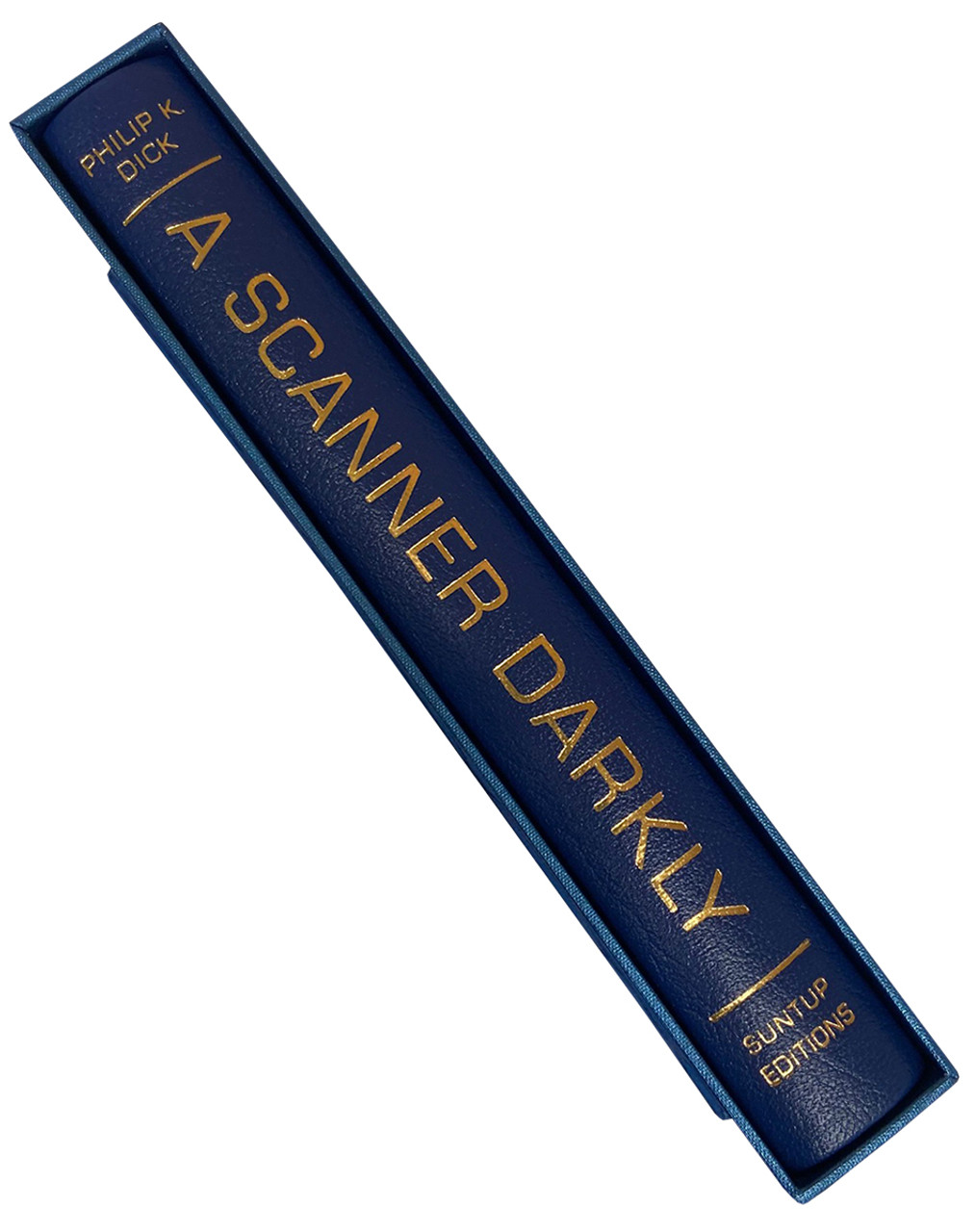 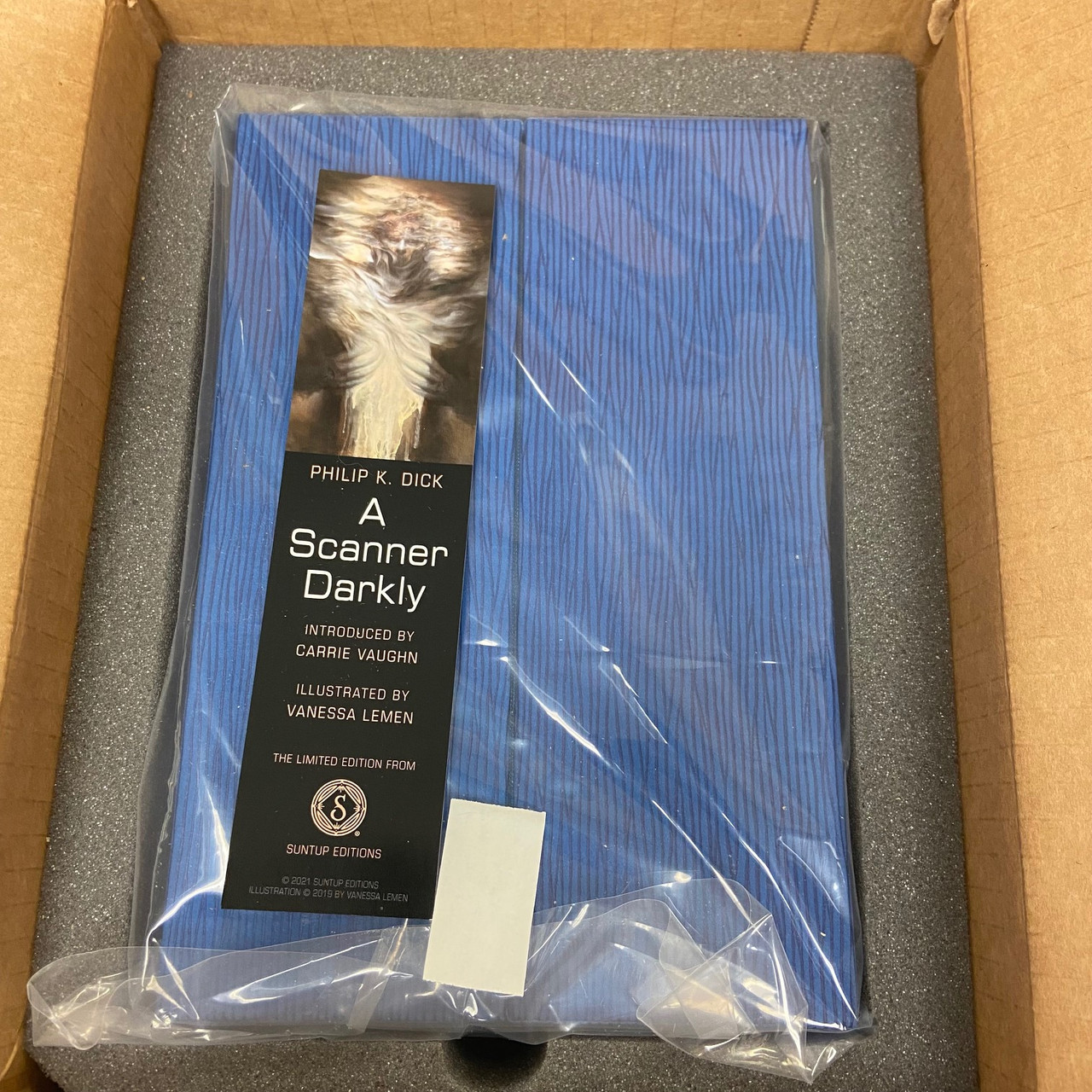 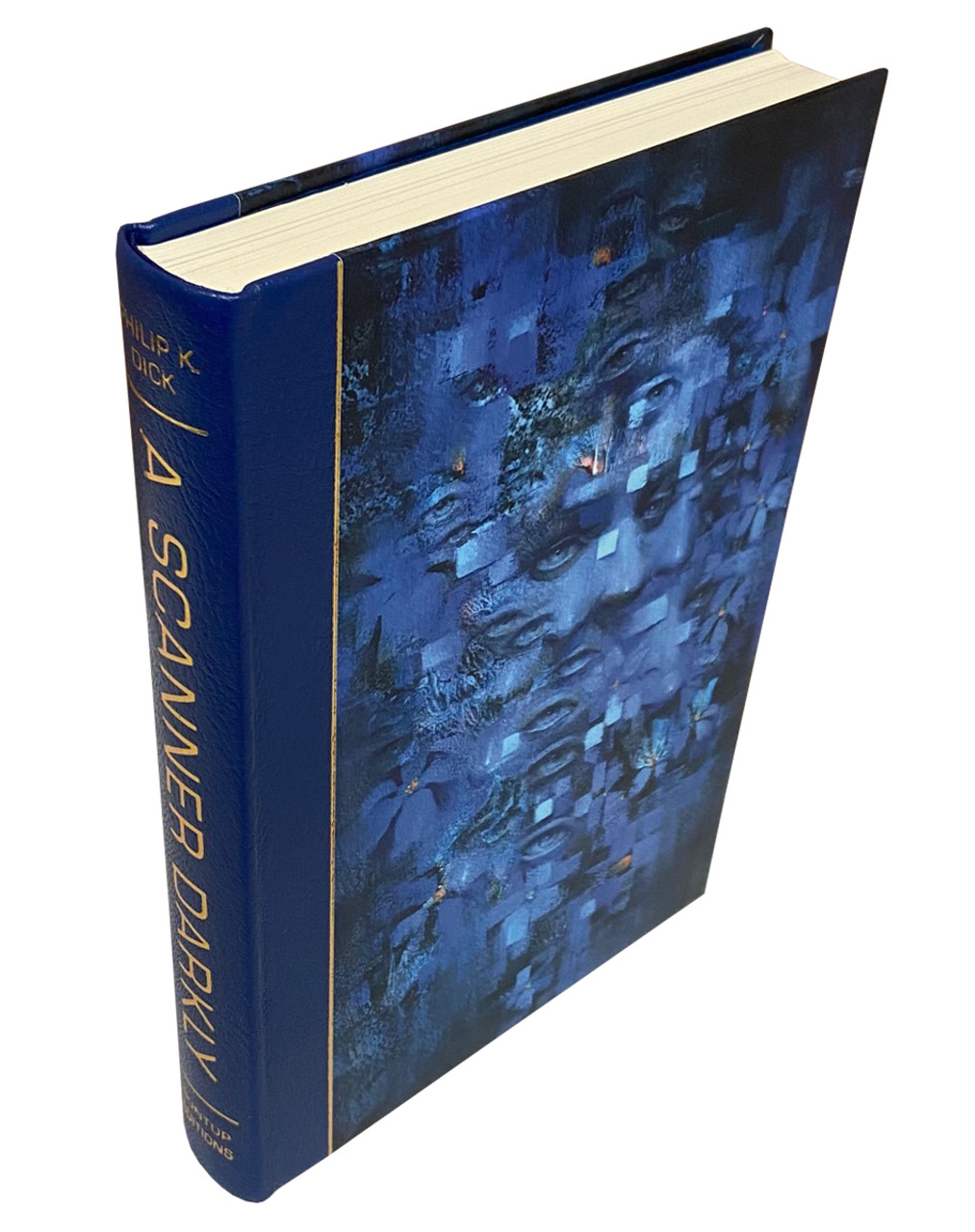 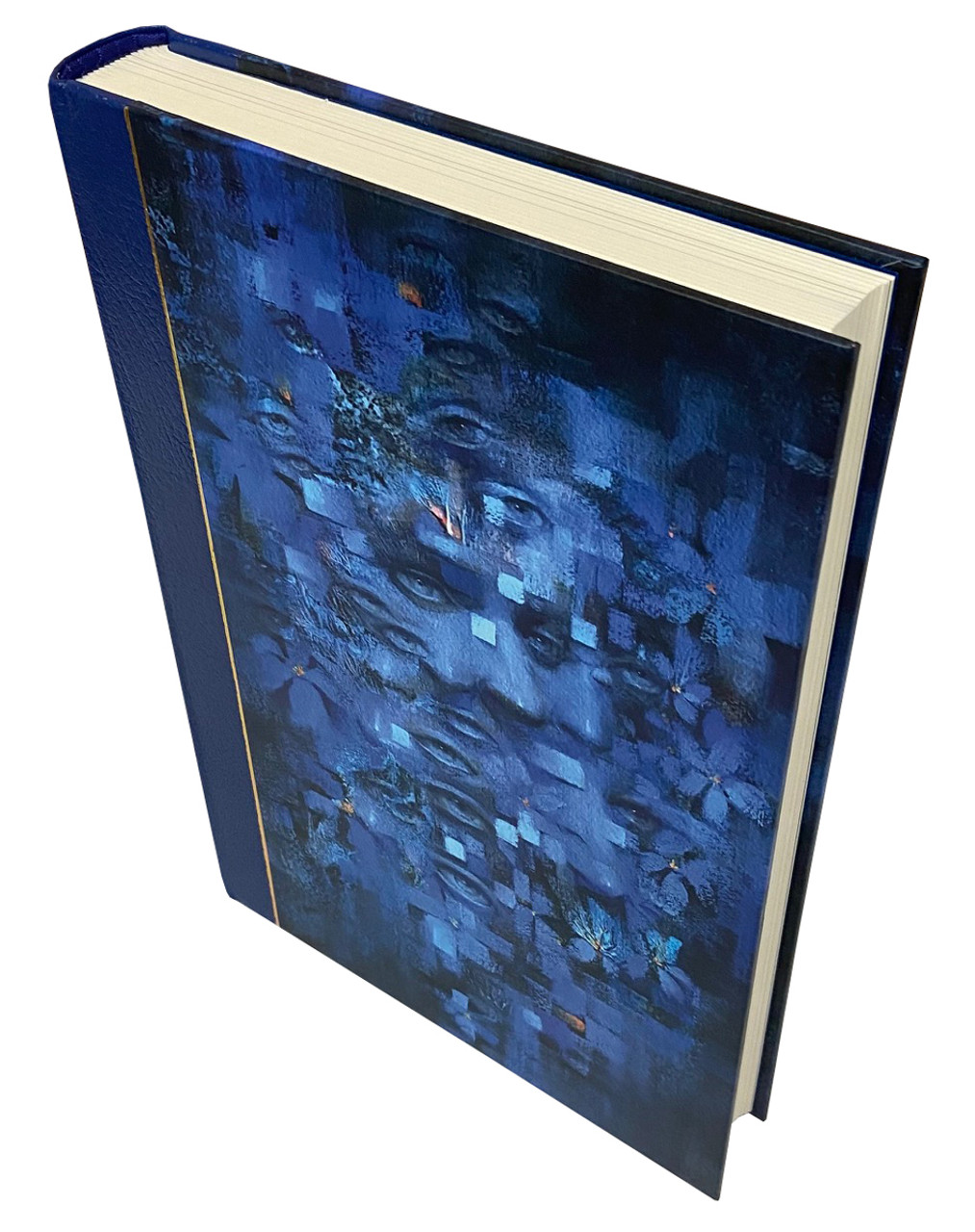 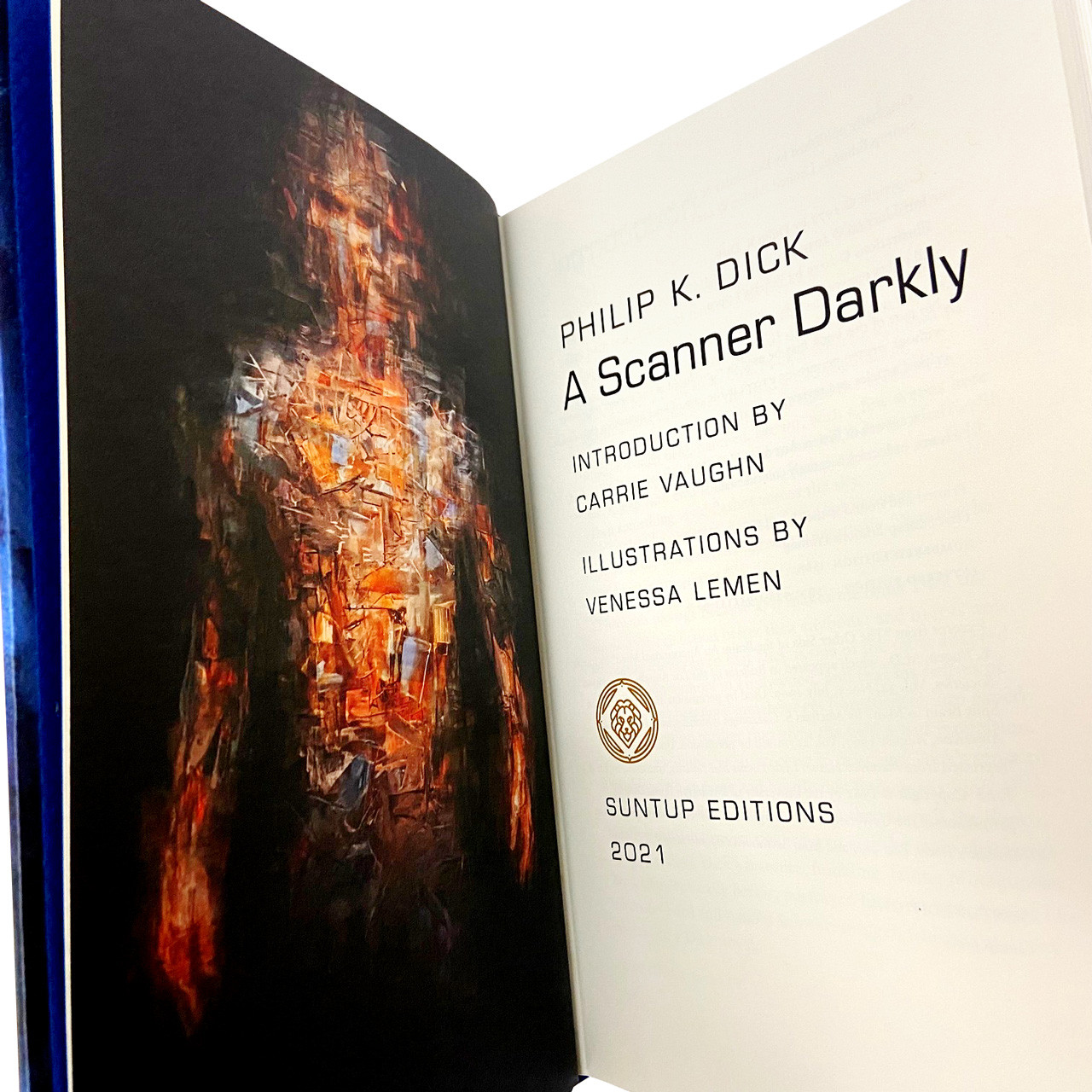 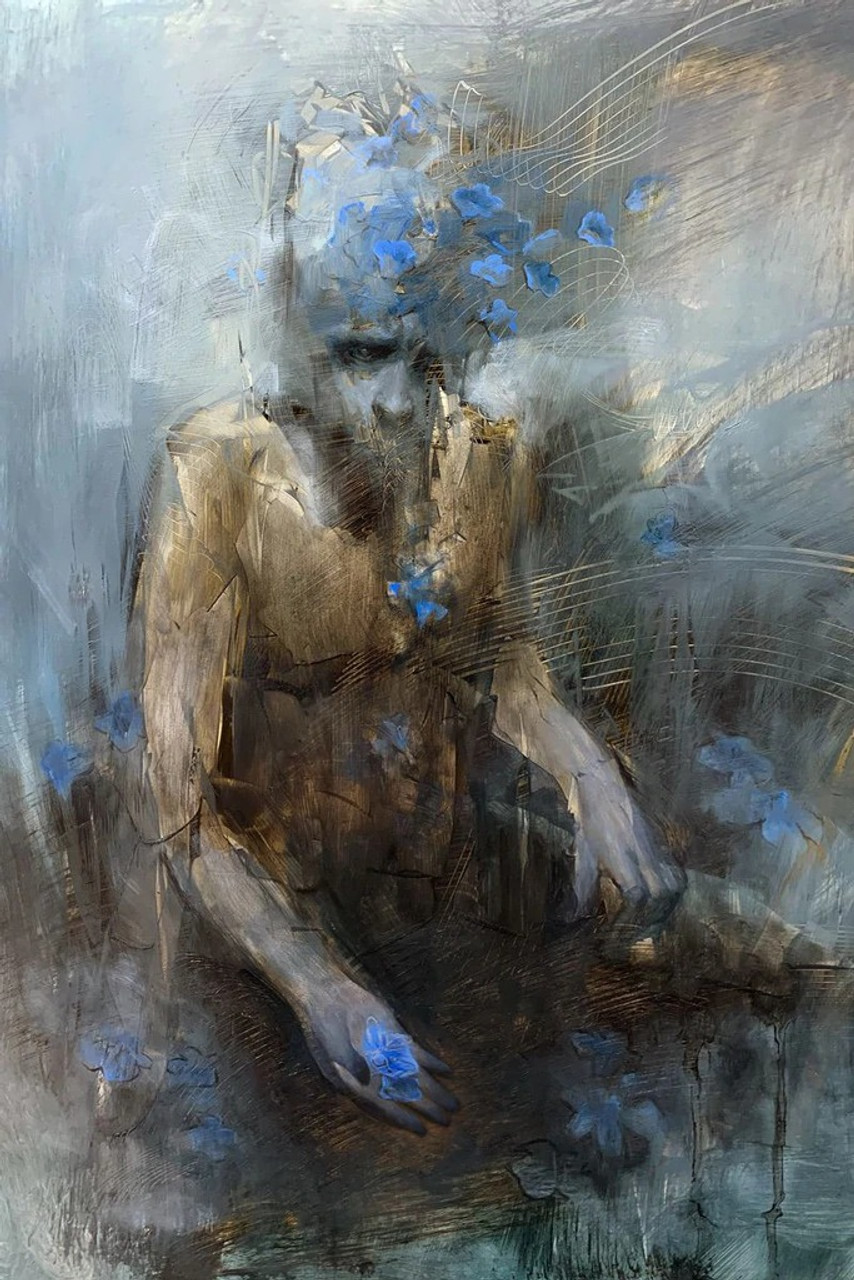 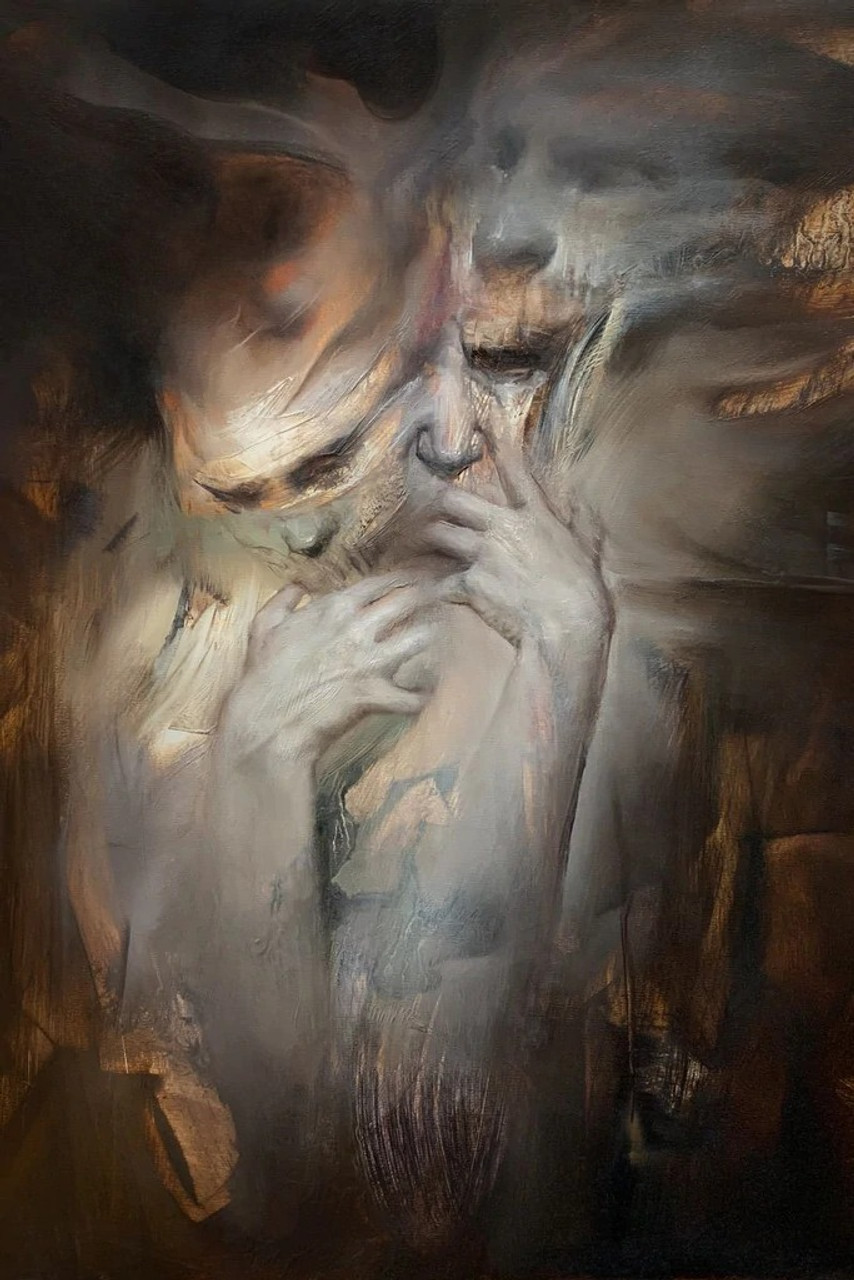 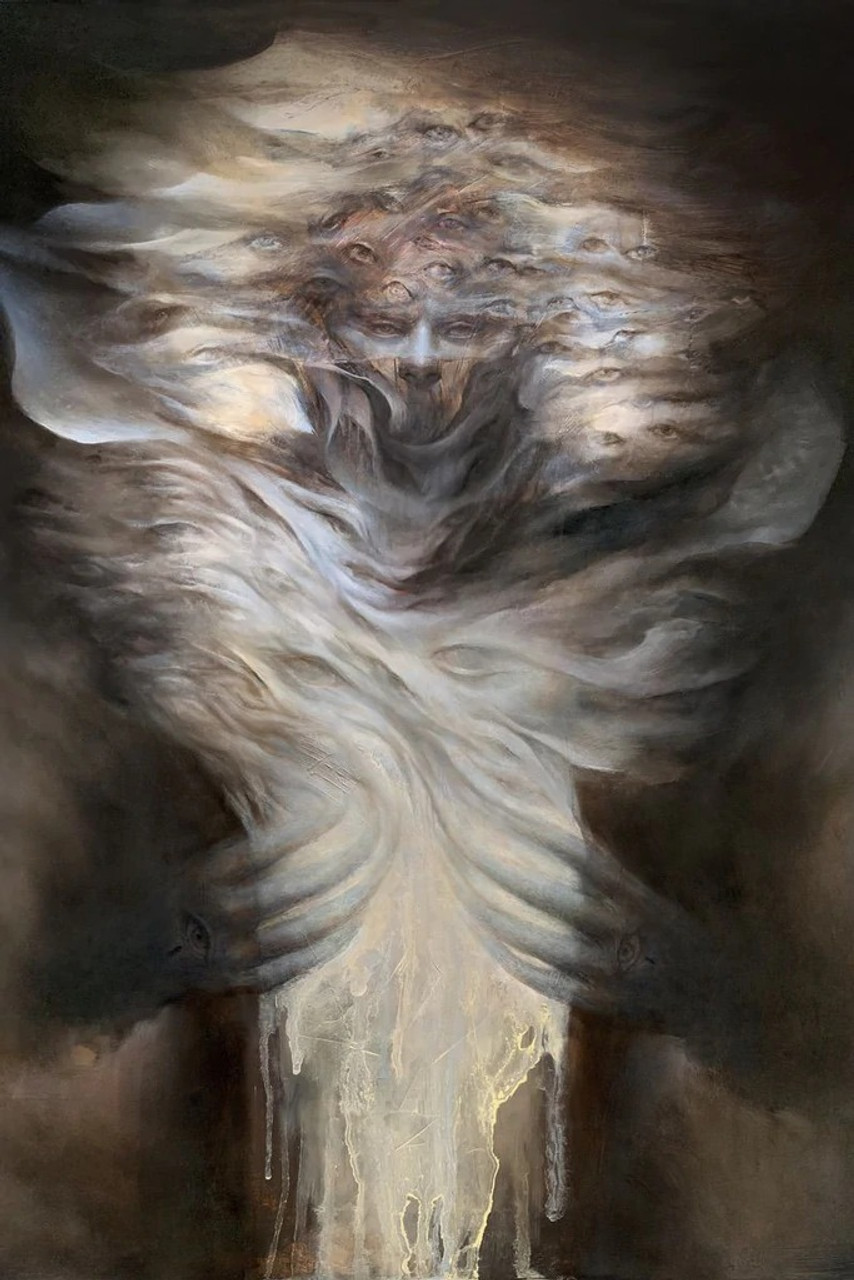 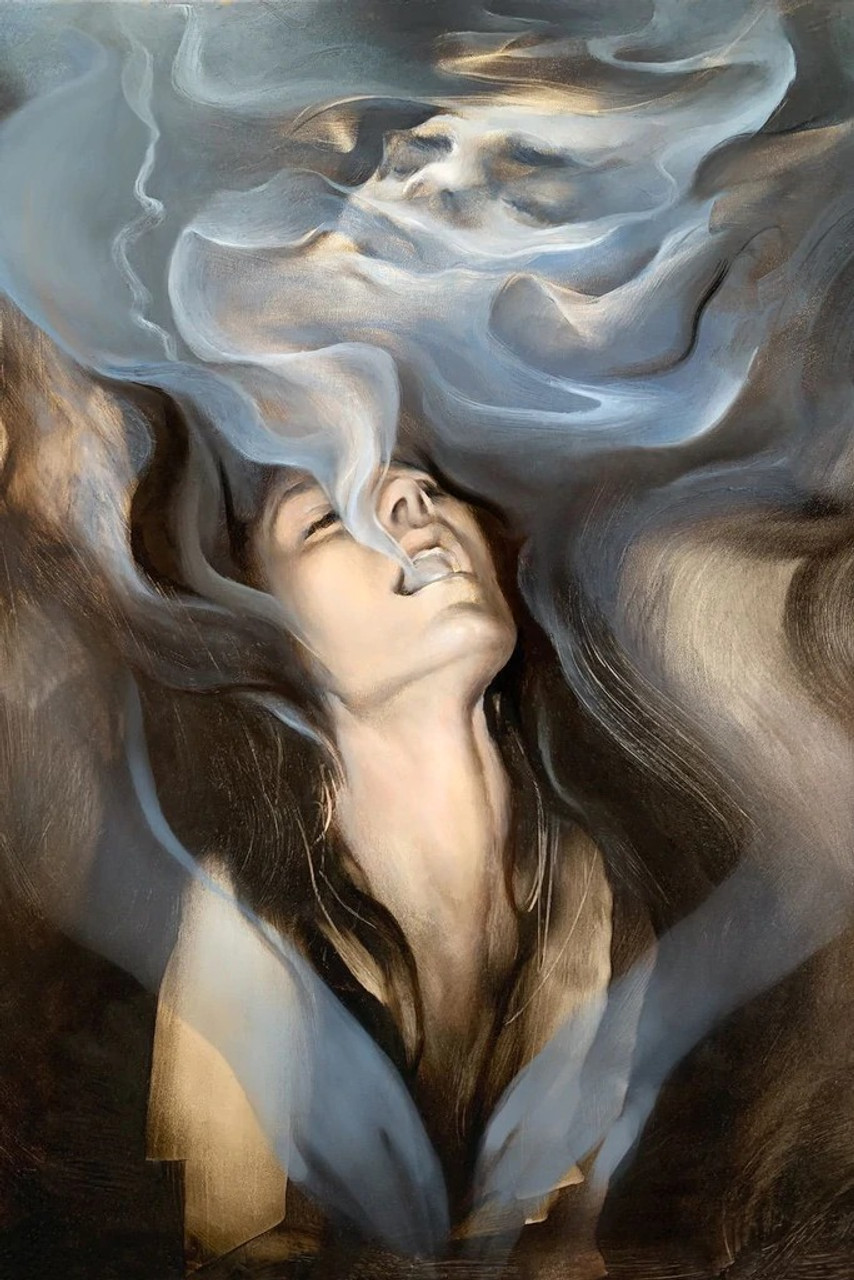 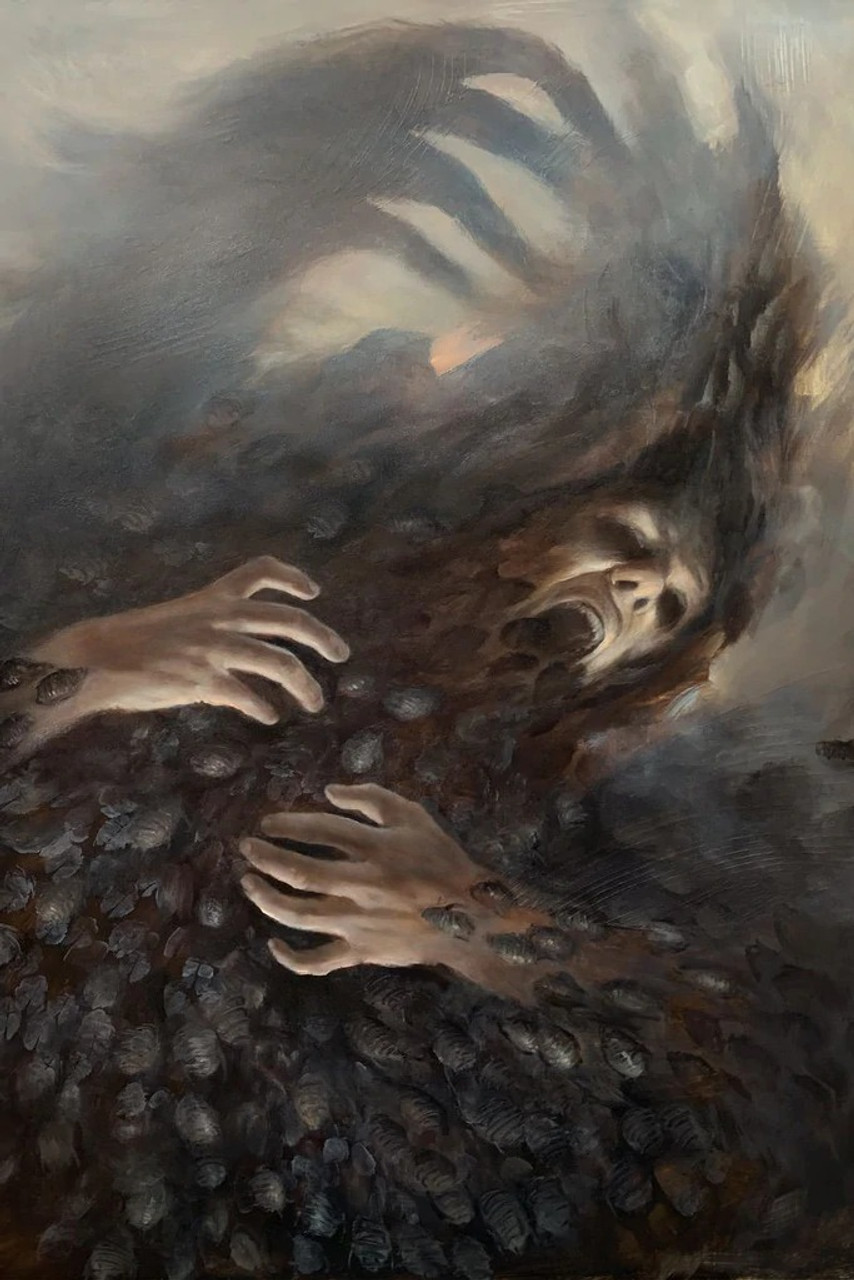 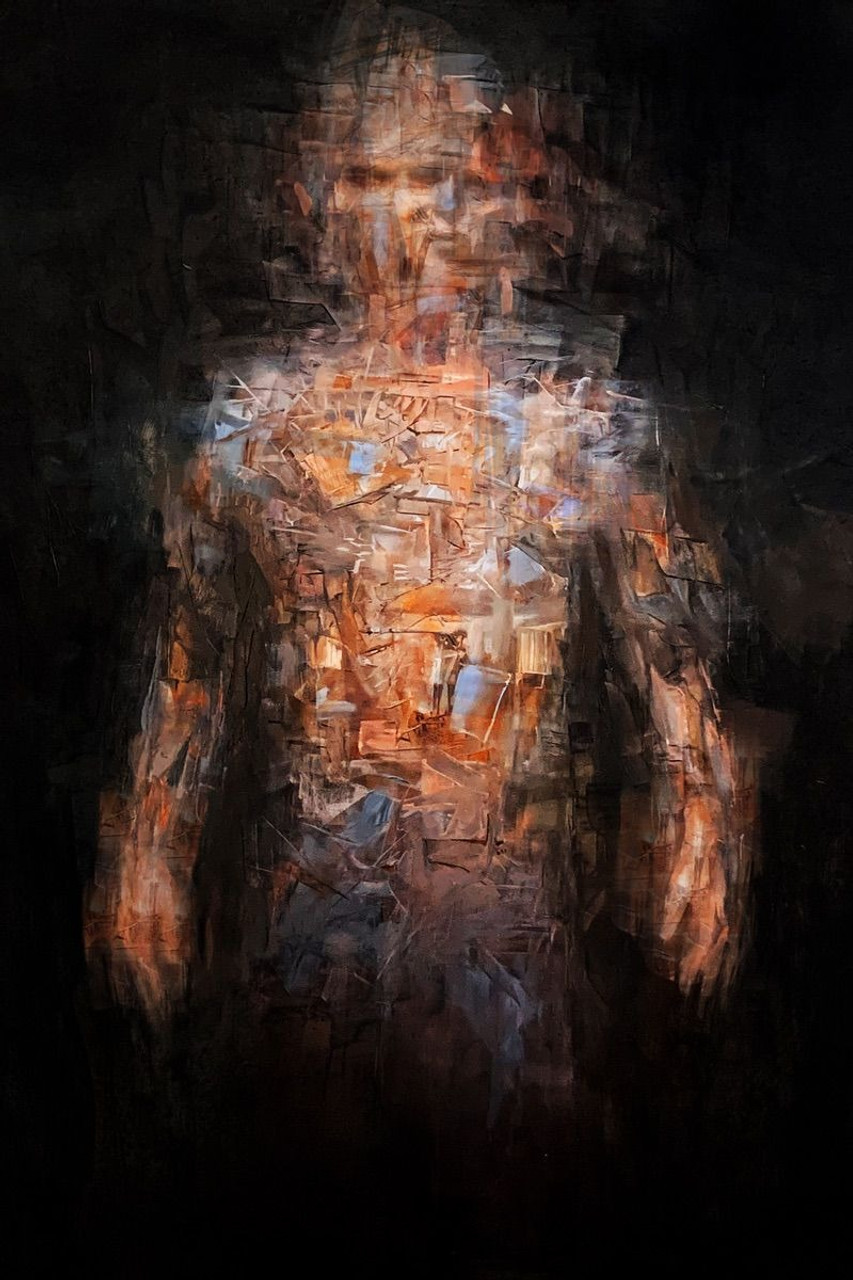 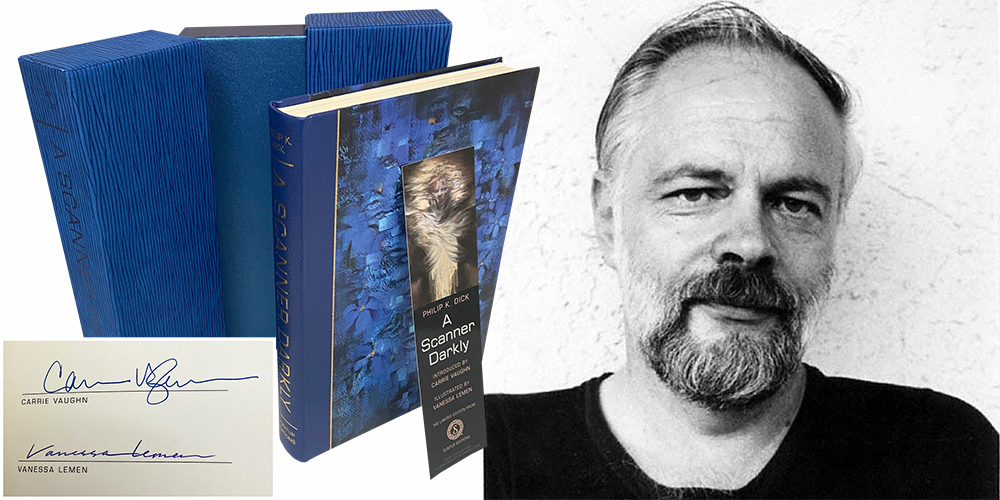 Suntup Editions 2022. "A Scanner Darkly" Philip K. Dick. The Numbered edition of 250 copies is a quarter goatskin binding with illustrated sides. The edition is printed offset on Cougar Natural and is housed in a two-piece capped slipcase, covered in embossed suede and pearlescent cloth. This is number 90 of 250.

About A SCANNER DARKLY

Razor sharp in its depiction of drug-induced paranoia and madness, A Scanner Darkly by Philip K. Dick is as unnerving as it is riveting.

Set in a dystopian Orange County, California, in the then-future of June 1994, Substance D is the most toxic drug to ever find its way onto the streets. The drug destroys the links between the brain’s two hemispheres, causing, first, disorientation, and then irreversible brain damage. Bob Arctor is an undercover narcotics agent desperate to discover the ultimate source of supply, but to find any kind of lead he has to pose as a user, and inevitably, become one as addicted as those he works among.

First published in 1977, A Scanner Darkly received the 1978 BSFA Award for Best Novel, and the Graouilly d’Or Award upon the novel’s 1979 publication in France. In 2006, writer/director Richard Linklater shot a live-action film, starring Keanu Reeves, Robert Downey Jr., Woody Harrelson, and Winona Ryder, and then animated over the underlying images creating an eerily lifelike and richly detailed animated film adaptation.

A Scanner Darkly is steeped in an insider’s knowledge of 1960s drug culture. Philip K. Dick once stated of the novel, “Everything in A Scanner Darkly, I actually saw.” Based largely on his own experiences and the many friends he met and lost along the way, A Scanner Darkly is Philip K. Dick’s deeply personal exploration on the fragility of identity, how we choose to define ourselves, and how easily that definition can be altered and obliterated. 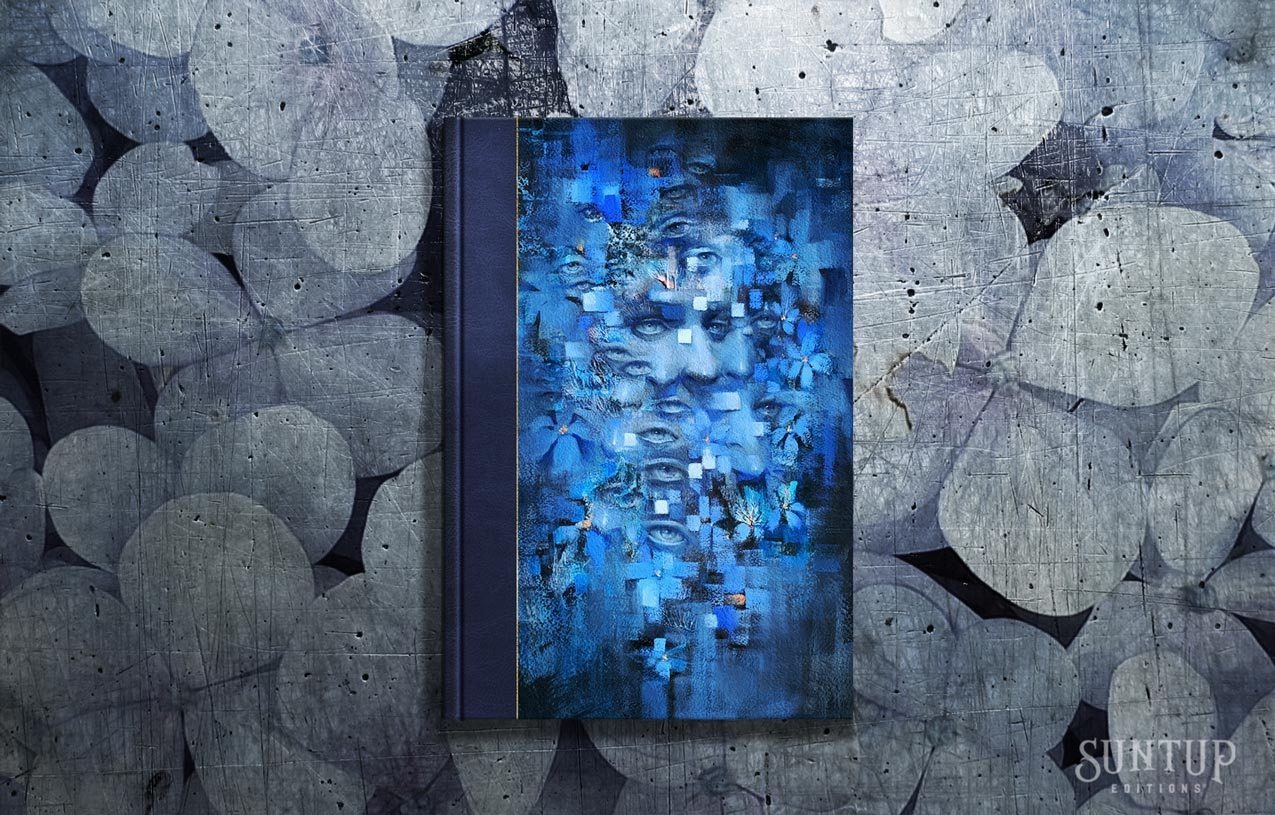 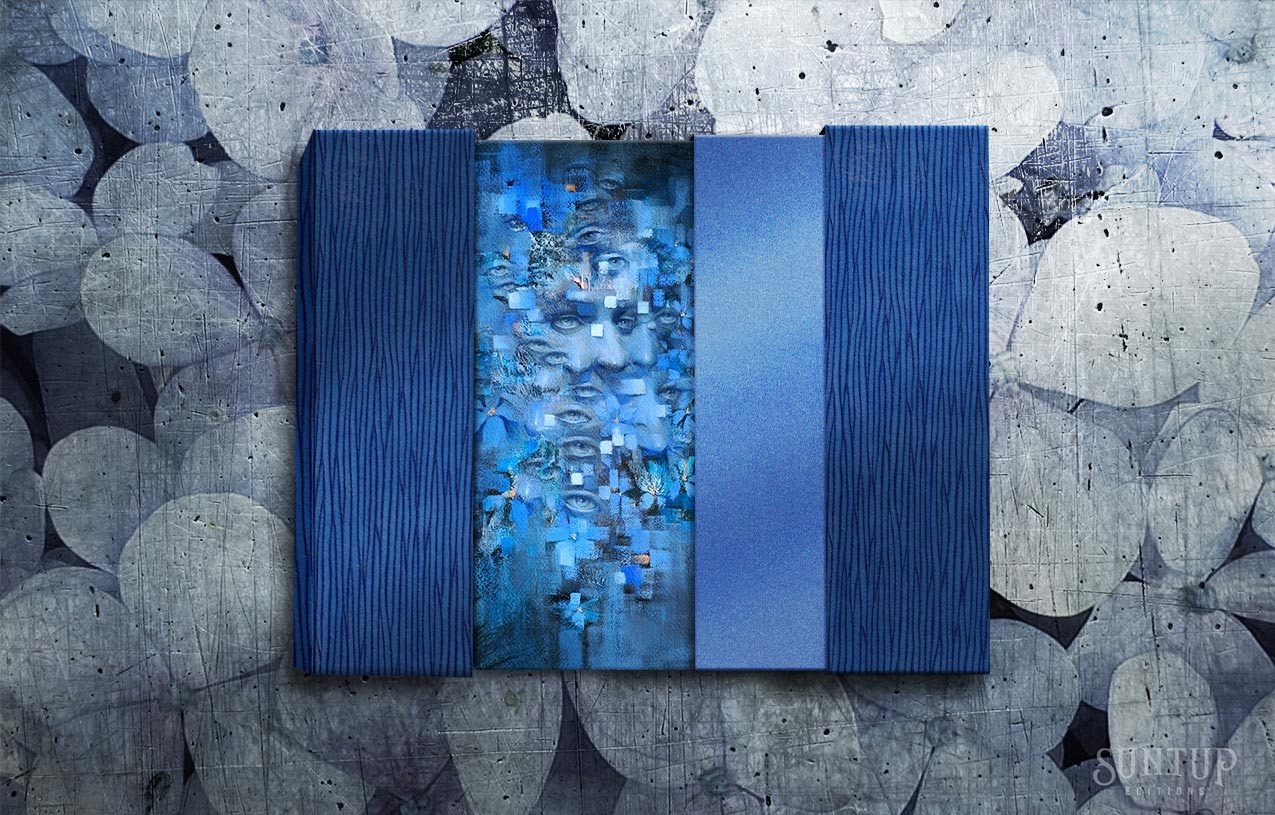 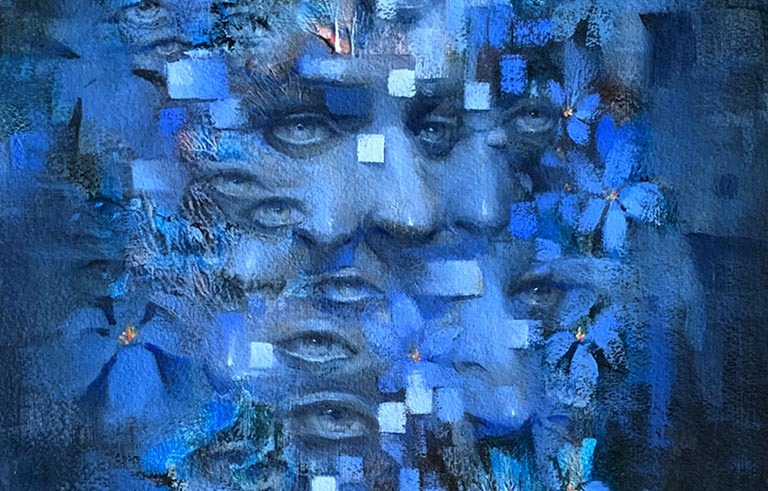 This is the signed Numbered Edition of 250. 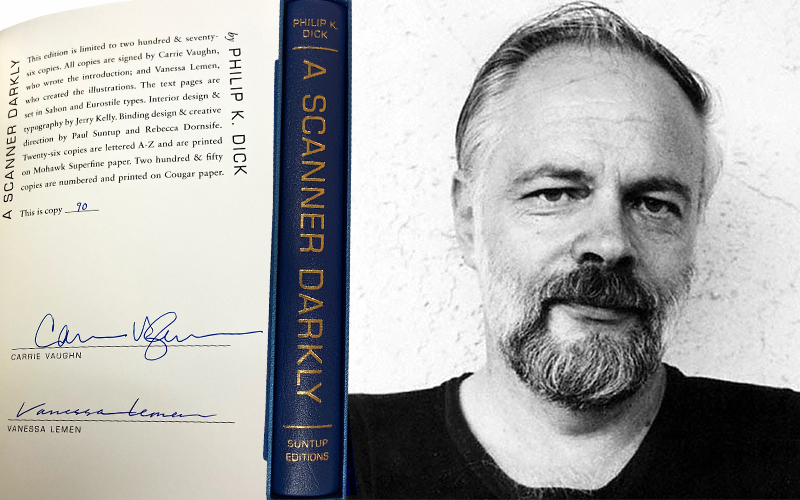 Philip K. Dick was born in 1928, and began publishing novels and stories in the 1950s. Over the course of a remarkably productive career spanning three decades, he transcended the boundaries of science fiction with profound meditations on the dangers of centralized power and what it means to be human. Dick died in 1982, in poverty and with his work relatively unknown beyond dedicated science fiction readers. His influence and stature have grown considerably since; he was inducted into the Science Fiction Hall of Fame in 2005, while a number of his books have been published by the Library of America. Many of his works have been adapted for film and television, such as Blade Runner, Total Recall, Minority Report, A Scanner Darkly and The Man in the High Castle.

Carrie Vaughn’s work includes the Philip K. Dick Award winning novel Bannerless, the New York Times Bestselling Kitty Norville urban fantasy series, over twenty novels and upwards of 100 short stories, two of which have been finalists for the Hugo Award. Her most recent work includes a pair of novellas about Robin Hood’s children, The Ghosts of Sherwood and The Heirs of Locksley. She is also a contributor to the Wild Cards series of shared world superhero books edited by George R. R. Martin. Photo credit: Lucy Tuck Photography. 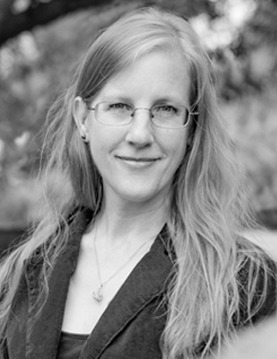 Vanessa Lemen is an award-winning painter with works exhibited in private collections internationally. Her work has been published in the new Illustrated Limited Edition of The Left Hand Of Darkness by Ursula K. LeGuin, as well as in such art books as Spectrum, Women of Wonder, The Journal, and Infected By Art, and has been featured in articles in magazines such as American Art Collector, ImagineFX, and Poets And Artists. Her recent work earned her The Chesley Award. 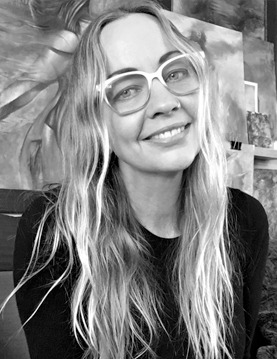 VERY FINE GUARANTEED. New in the original publisher's shipping box. The condition is of the highest quality without any discernible flaws. Sharp corners all around. Unread book and portfolio without any marks, writing, or stamps. Very Fine slipcase. This item will be packed to the highest standard and shipped in a timely manner.