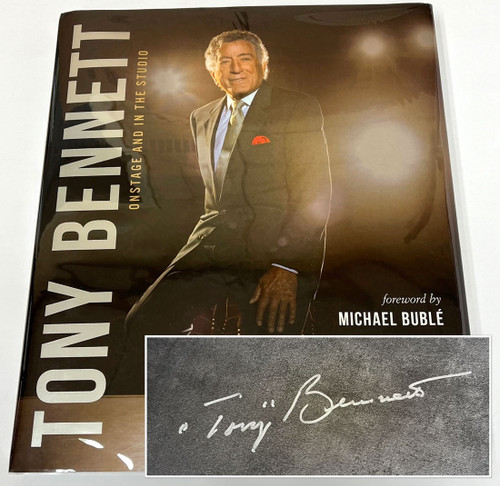 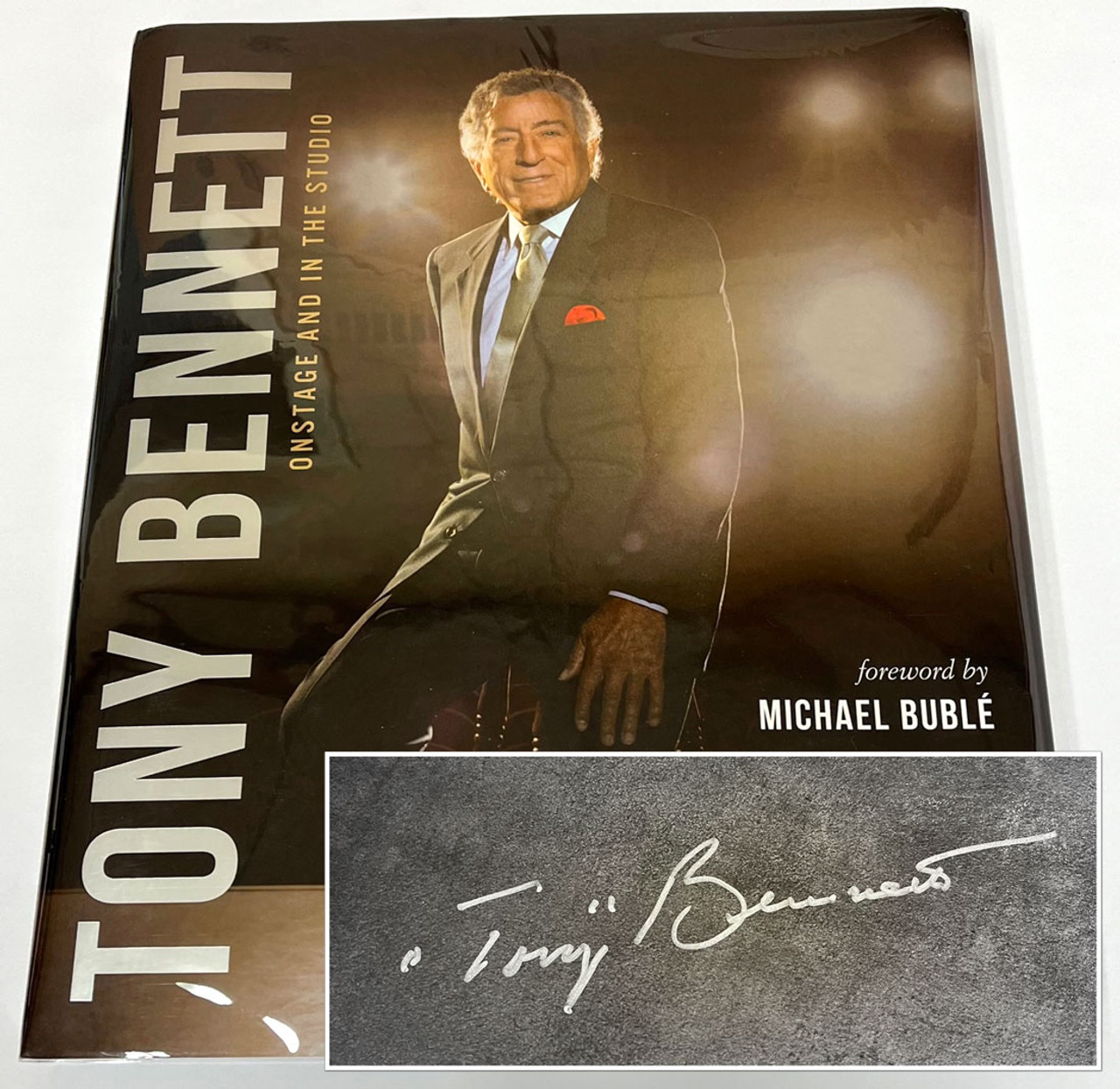 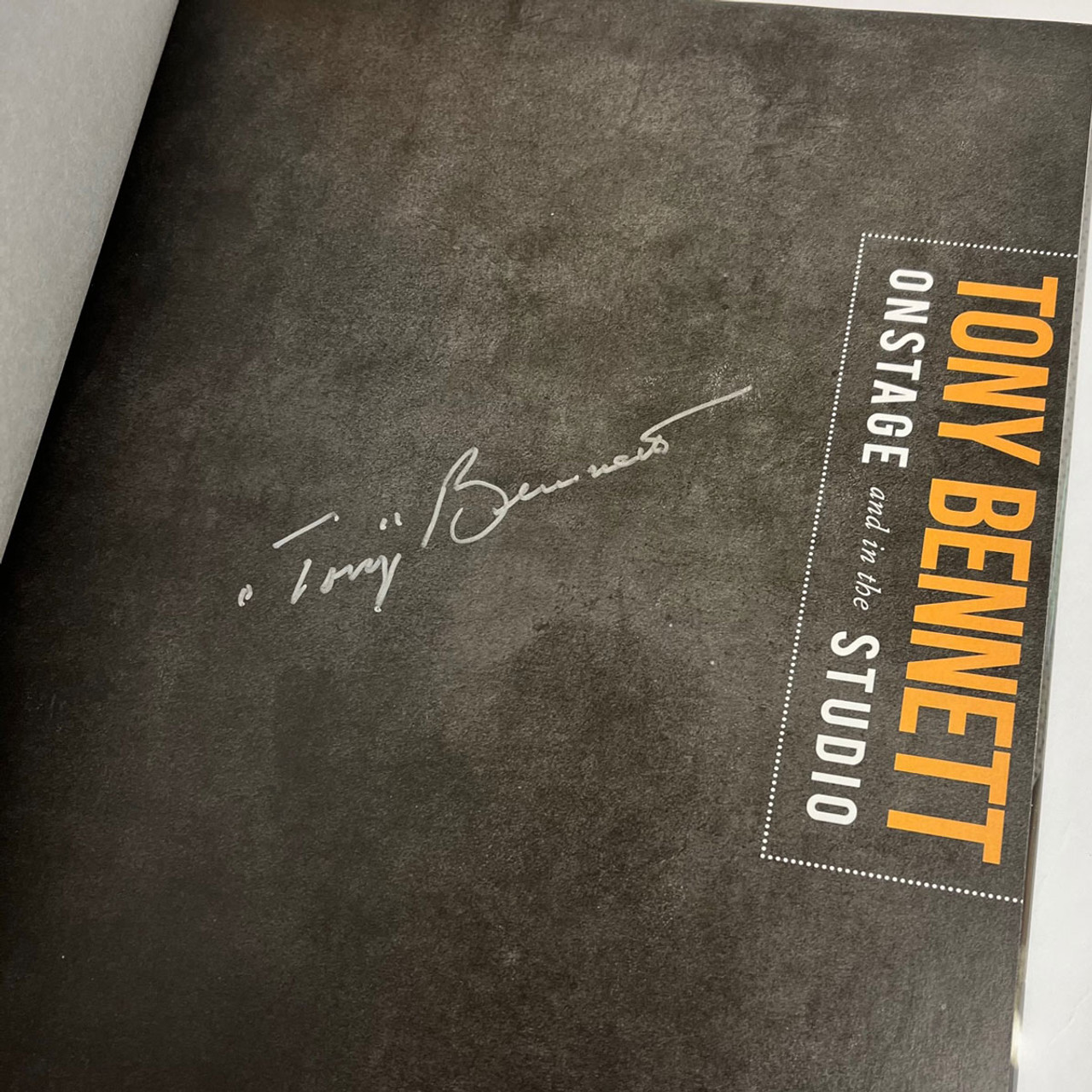 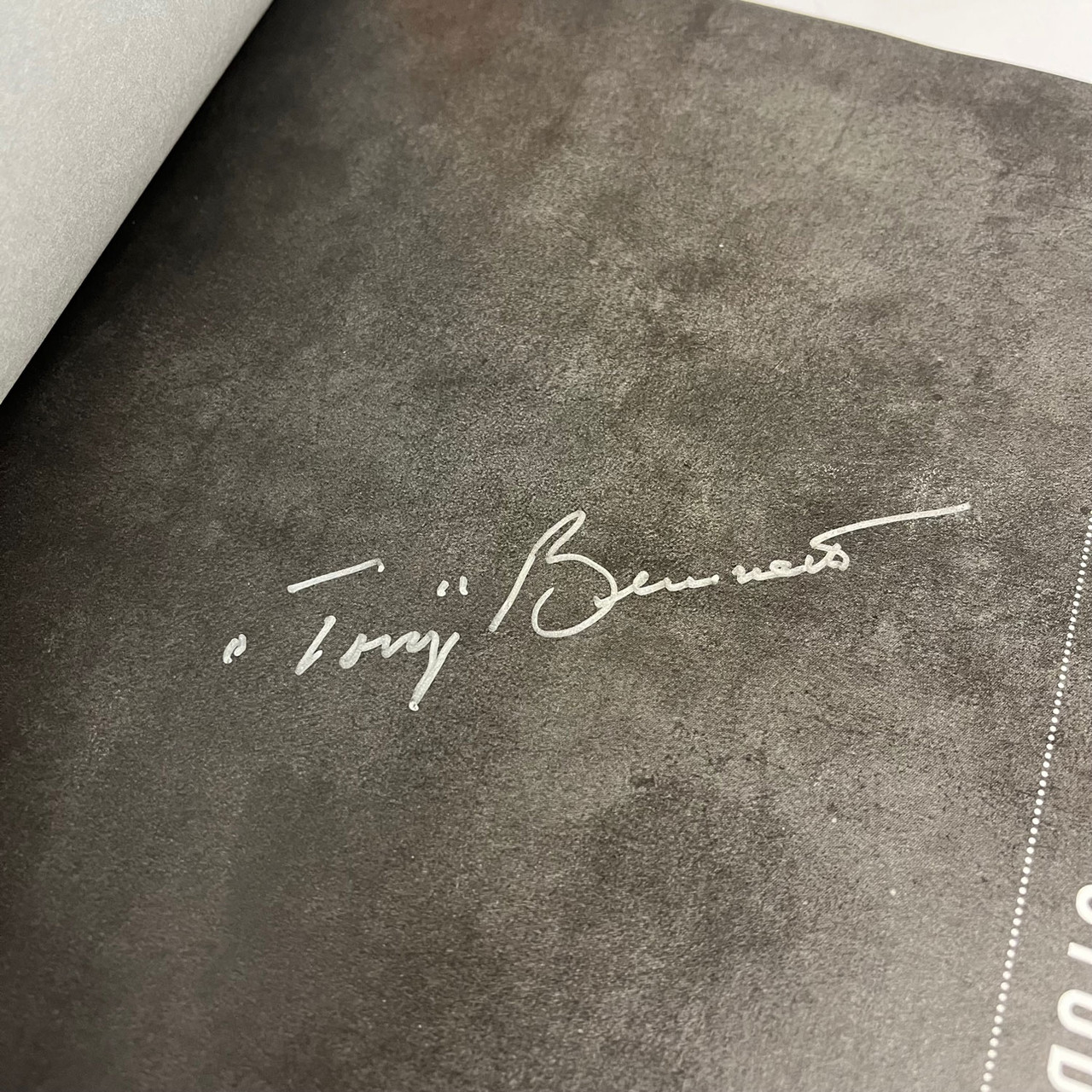 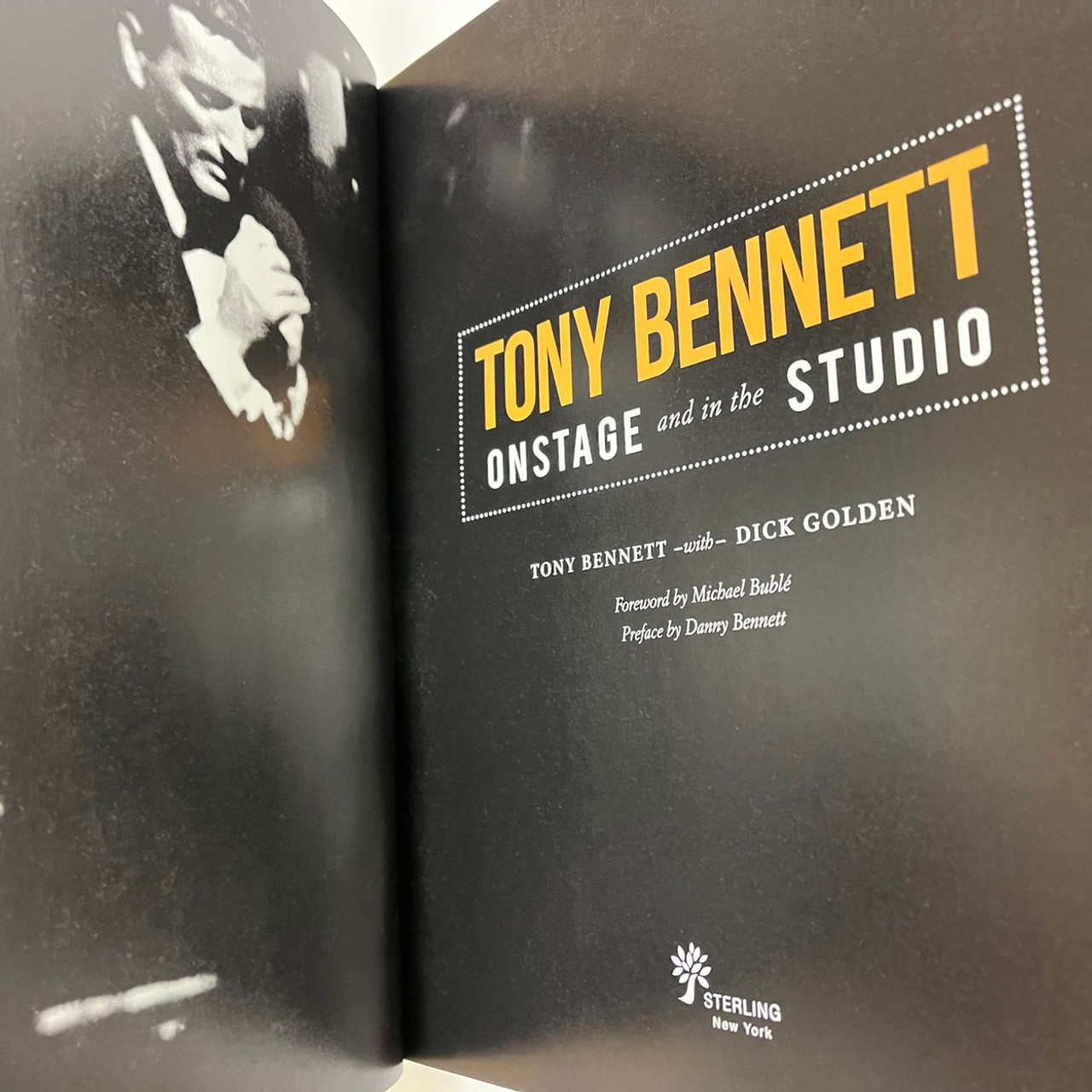 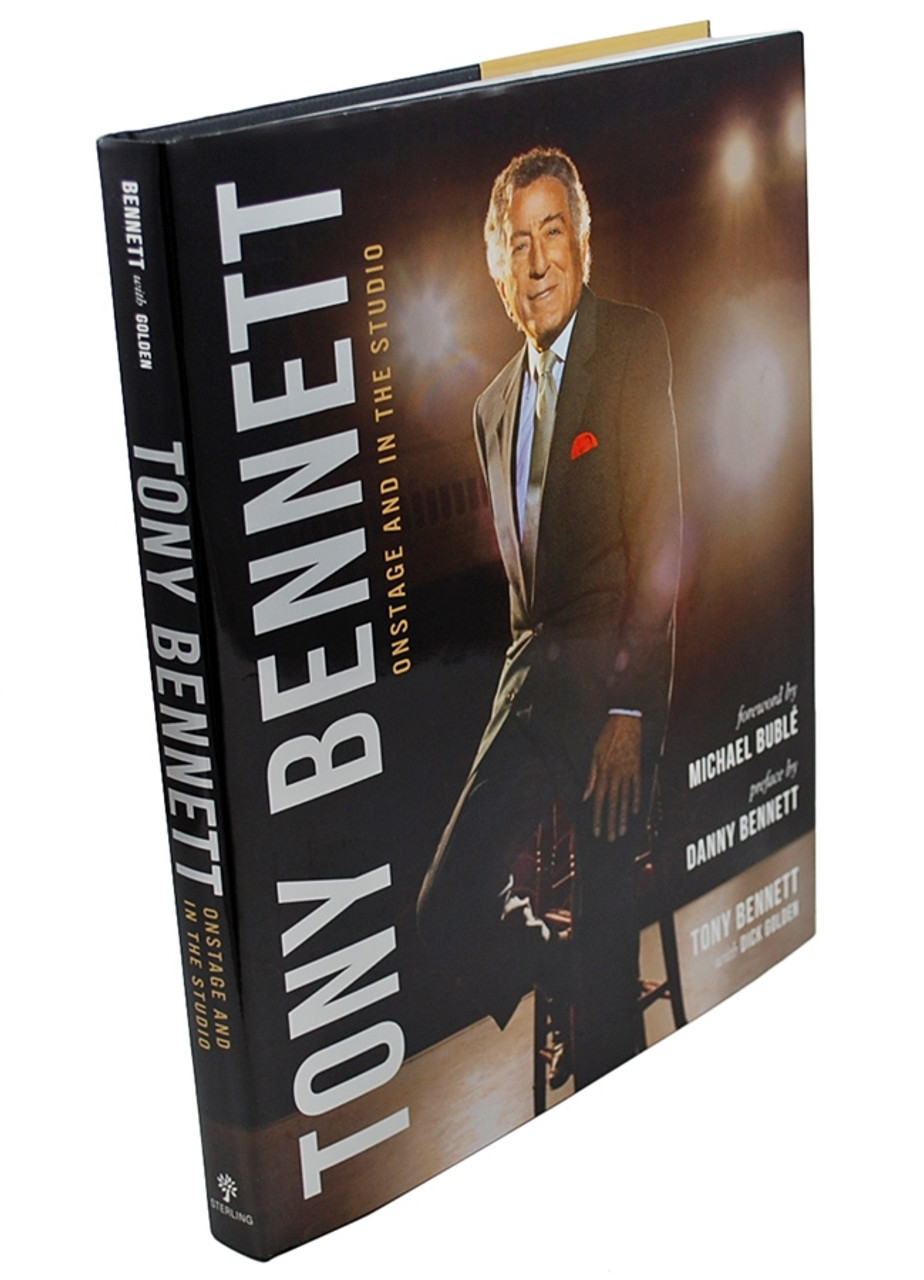 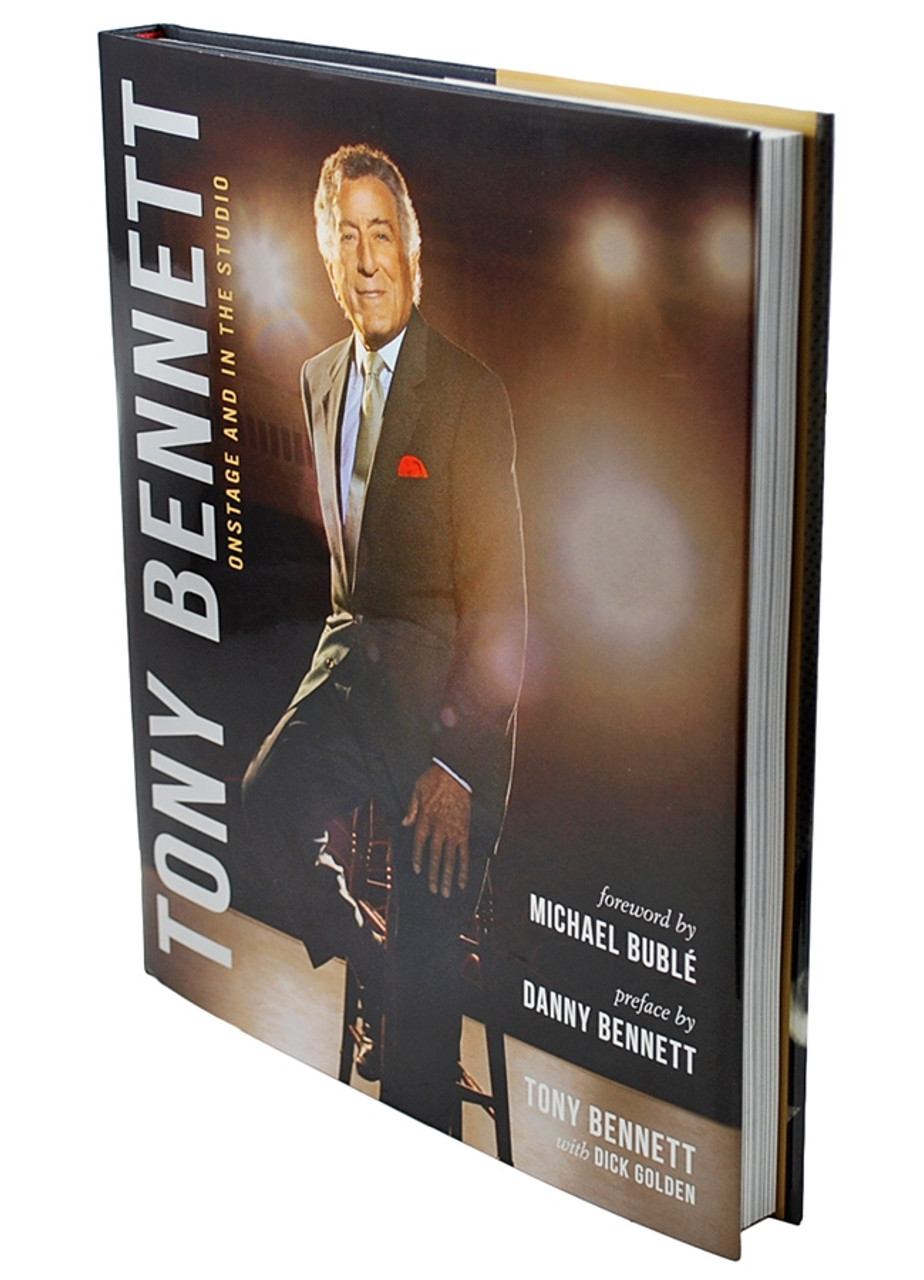 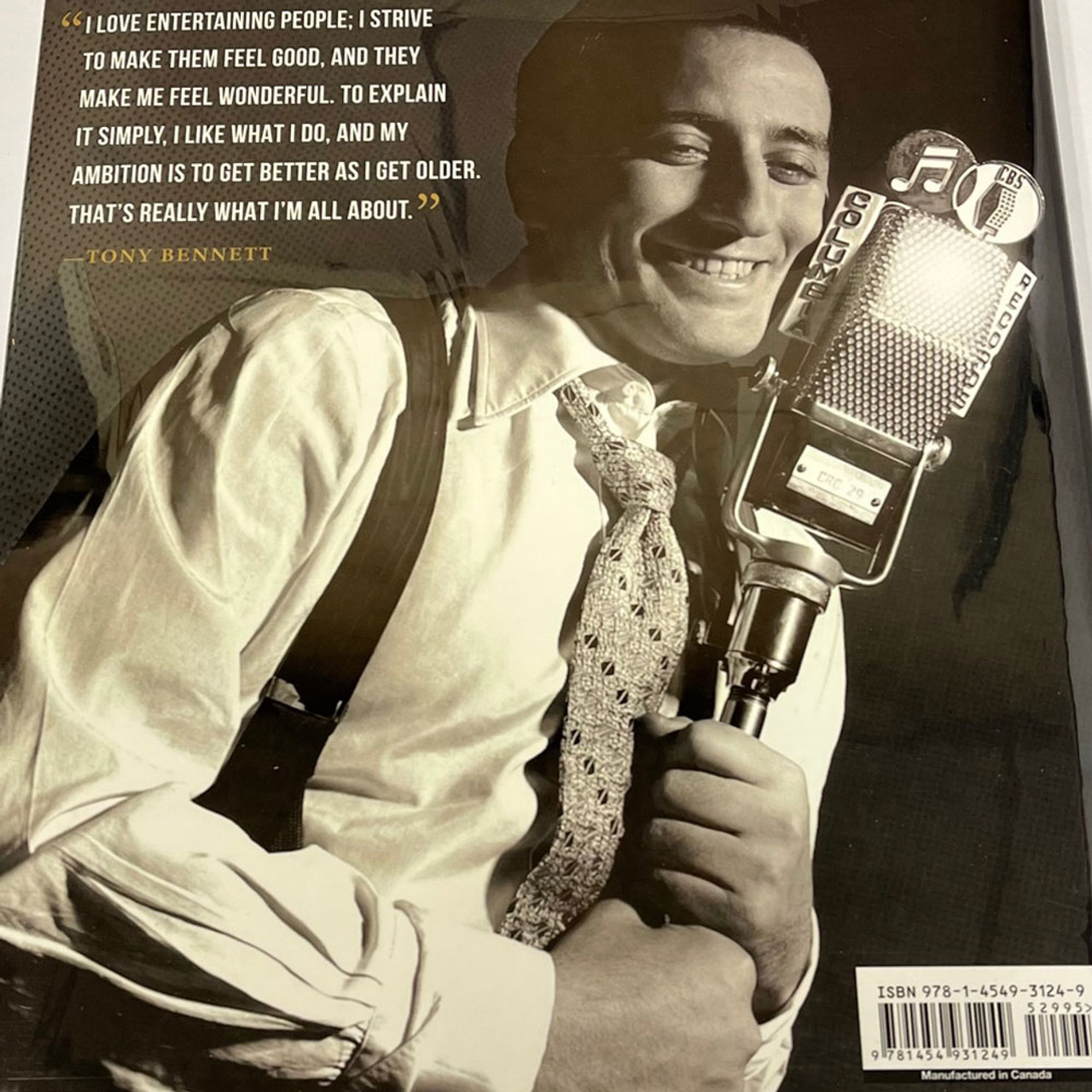 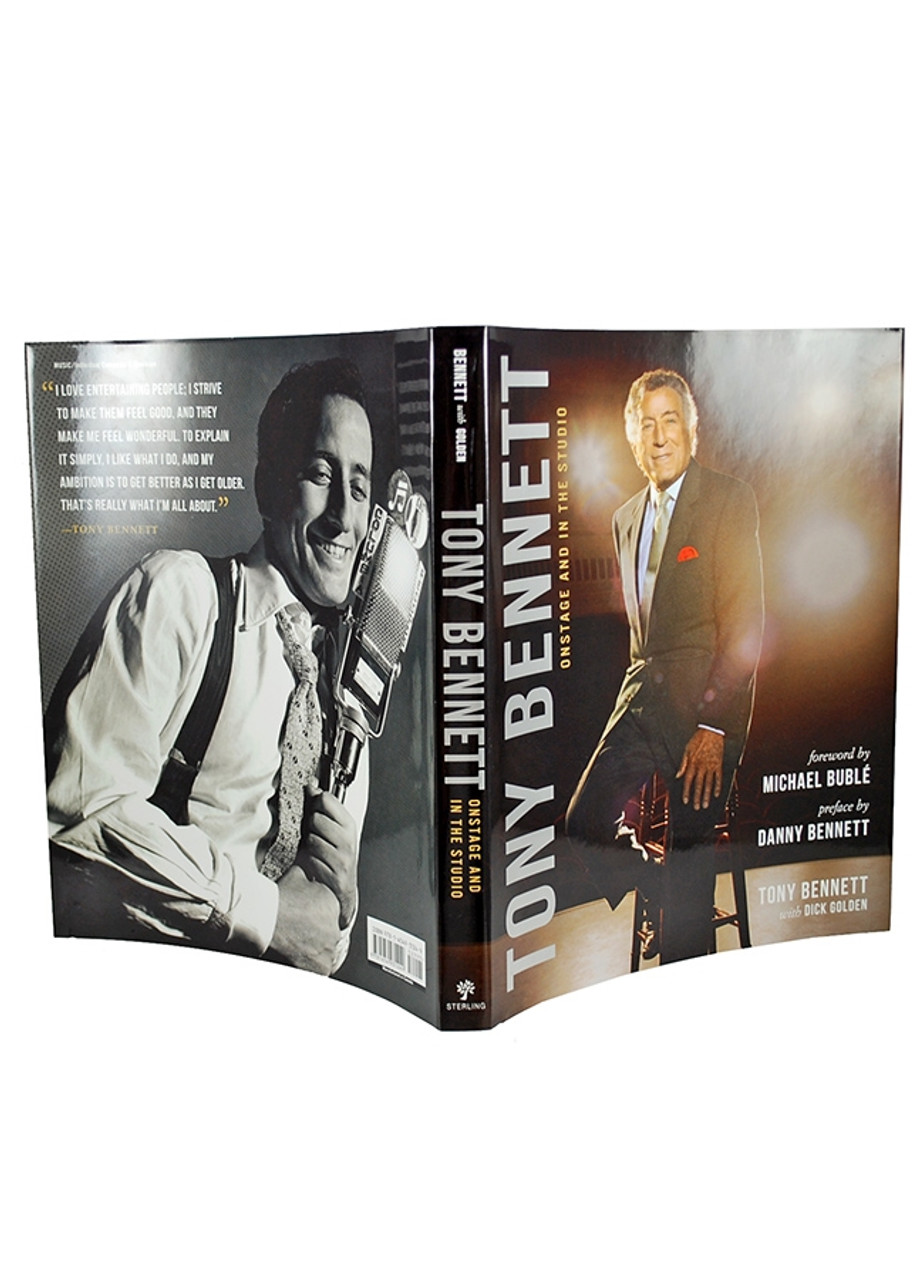 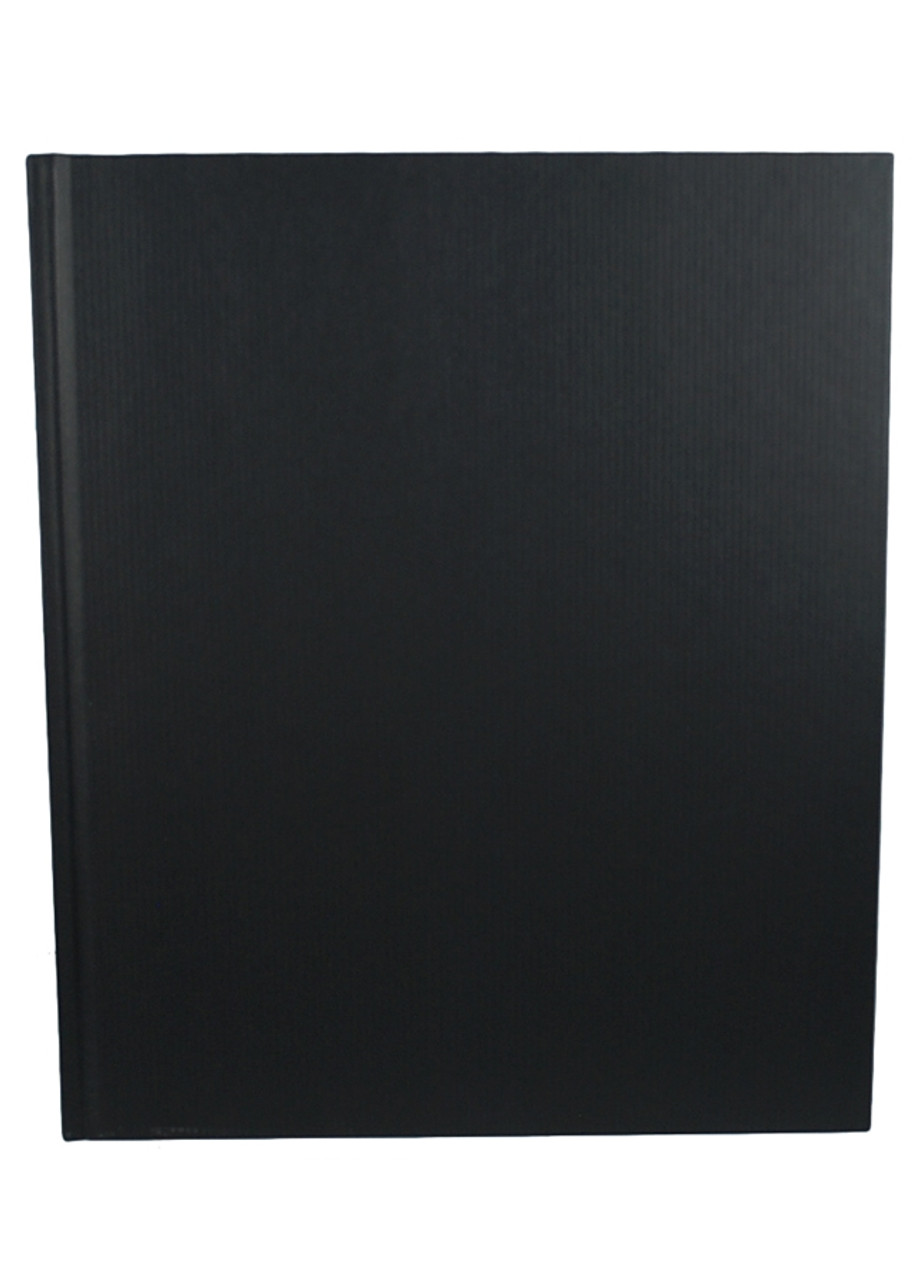 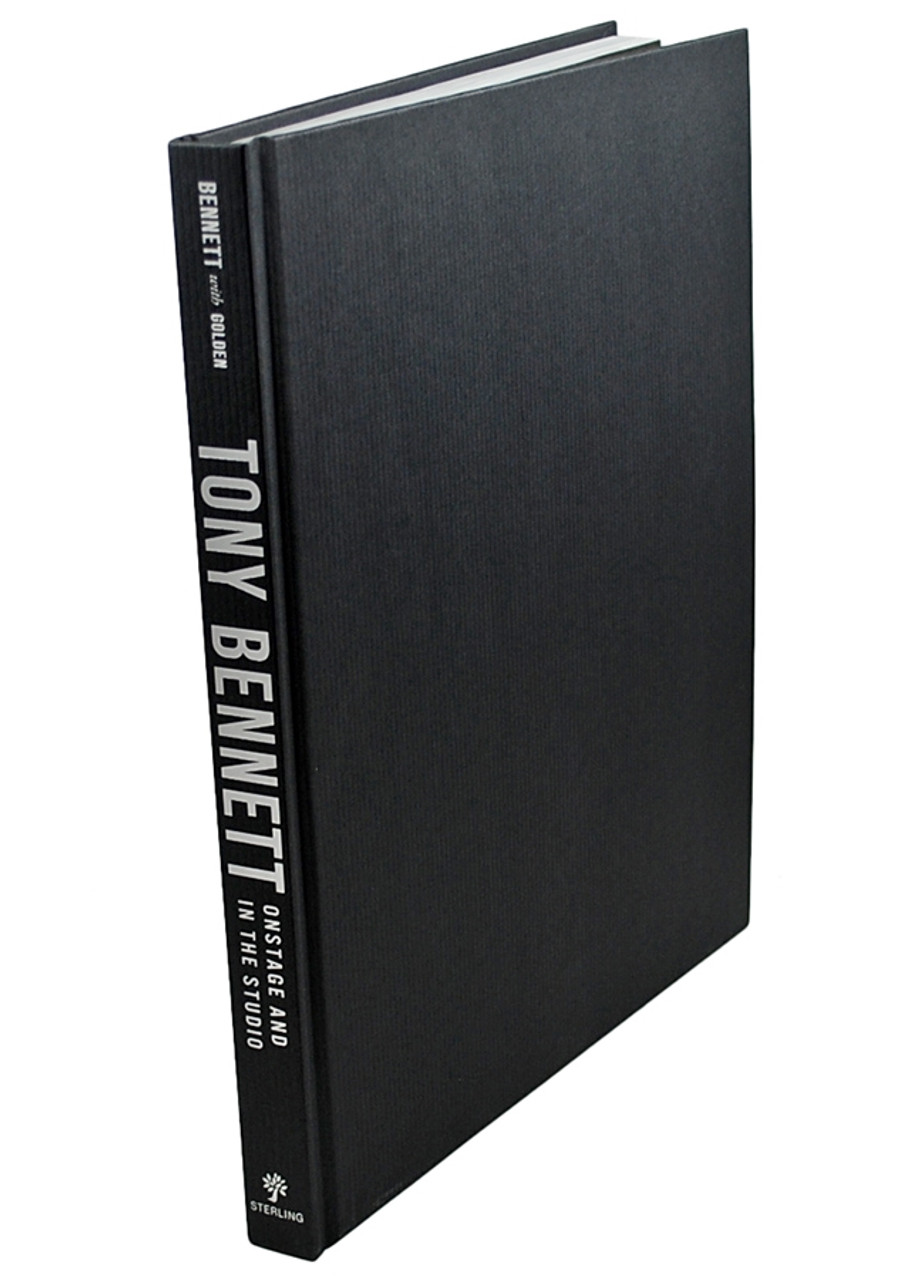 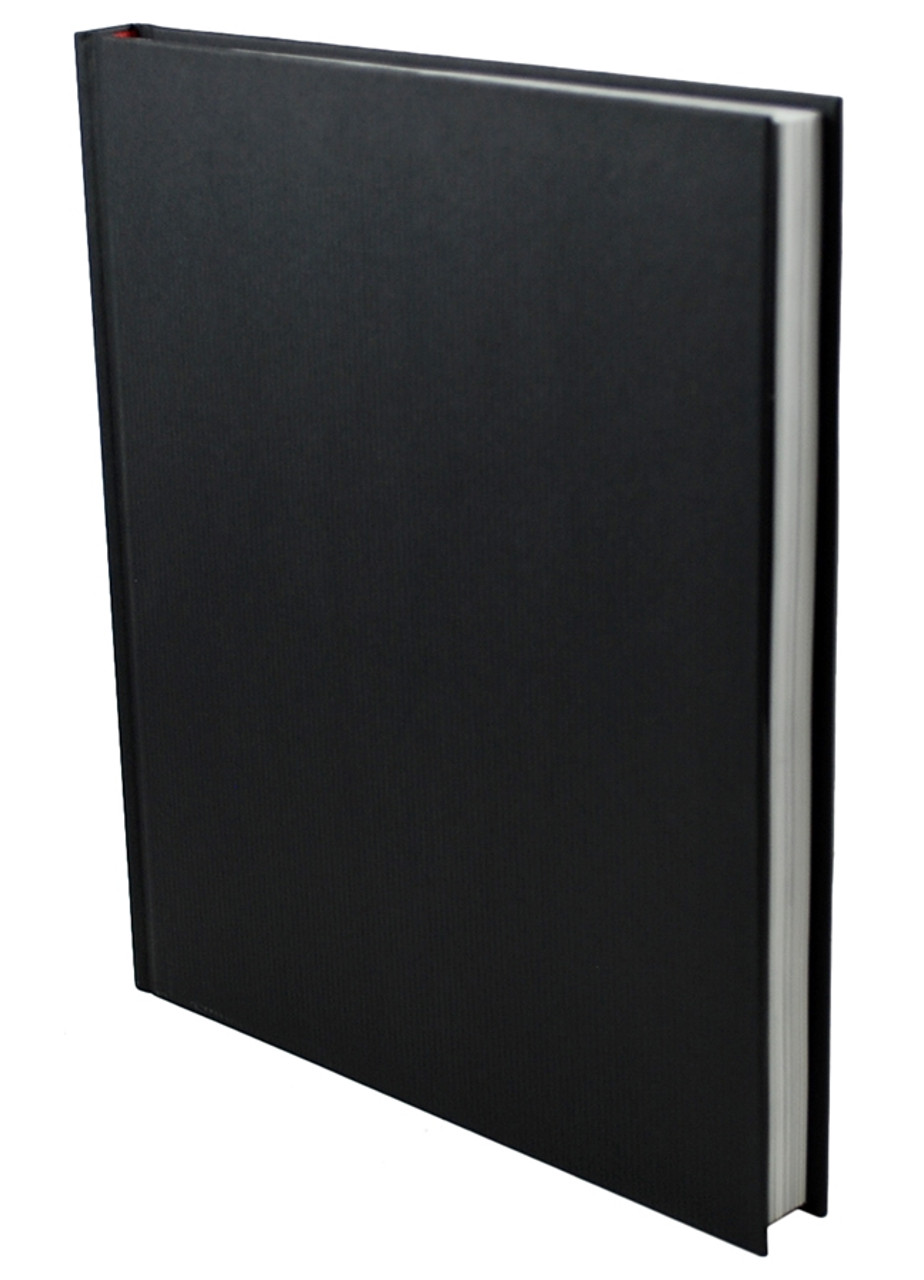 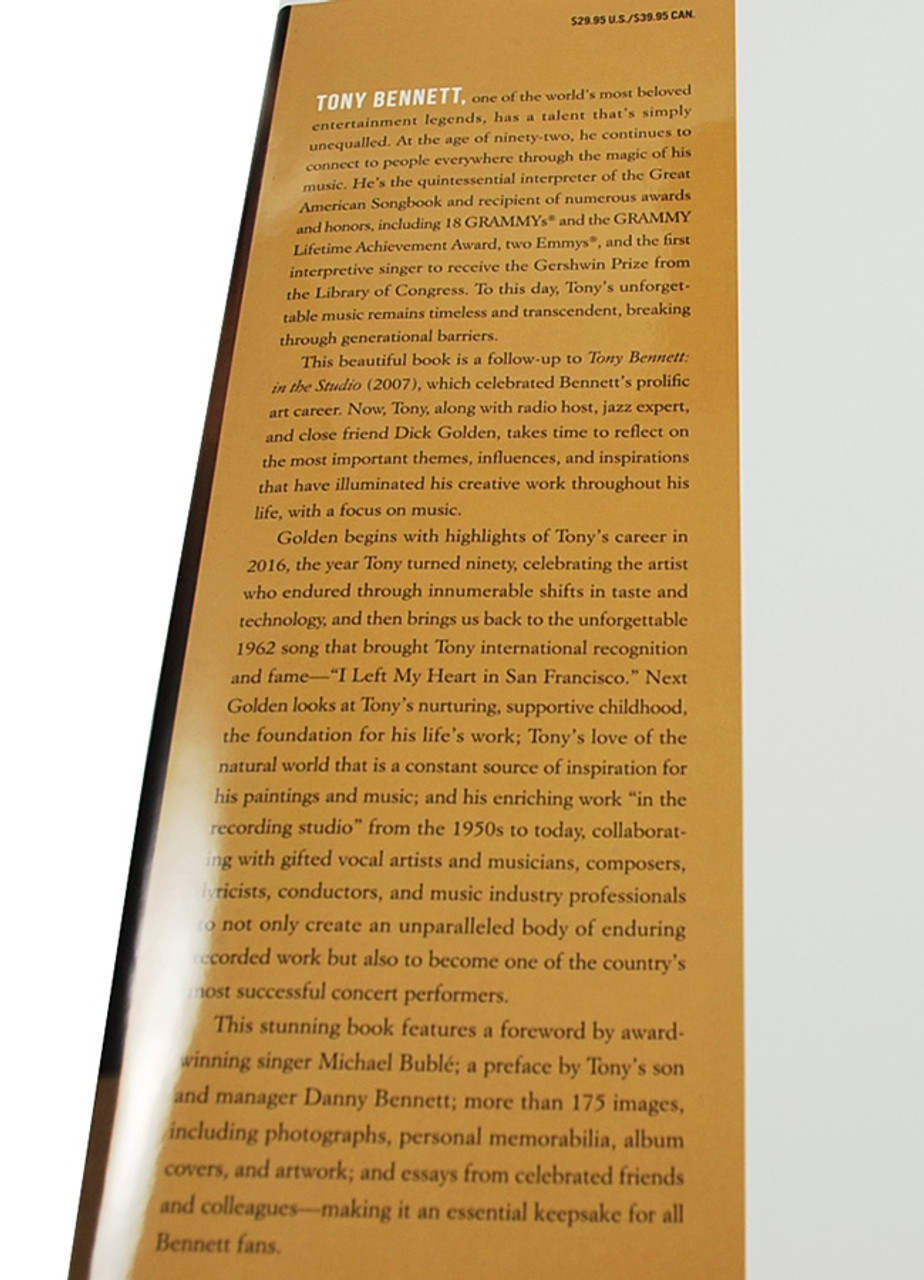 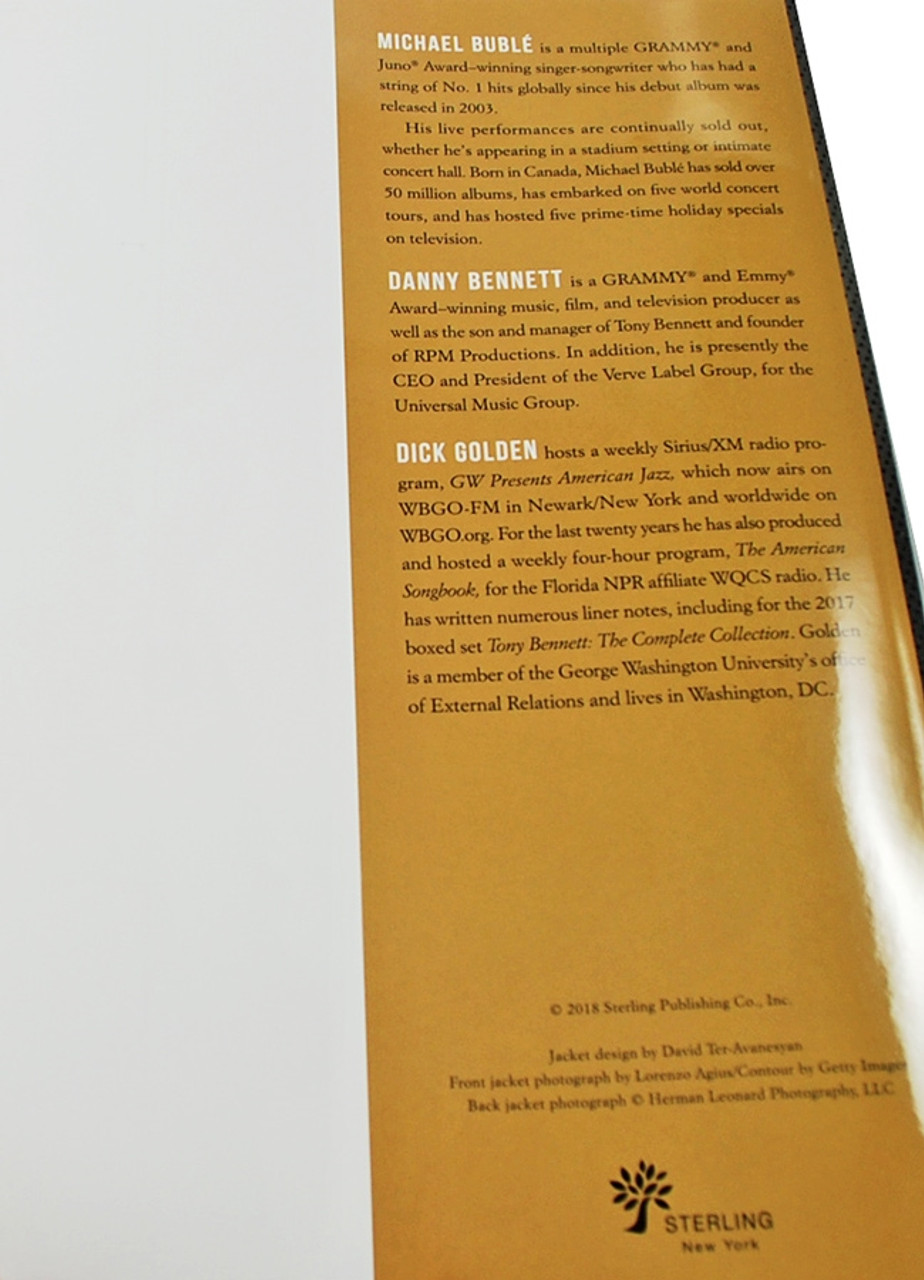 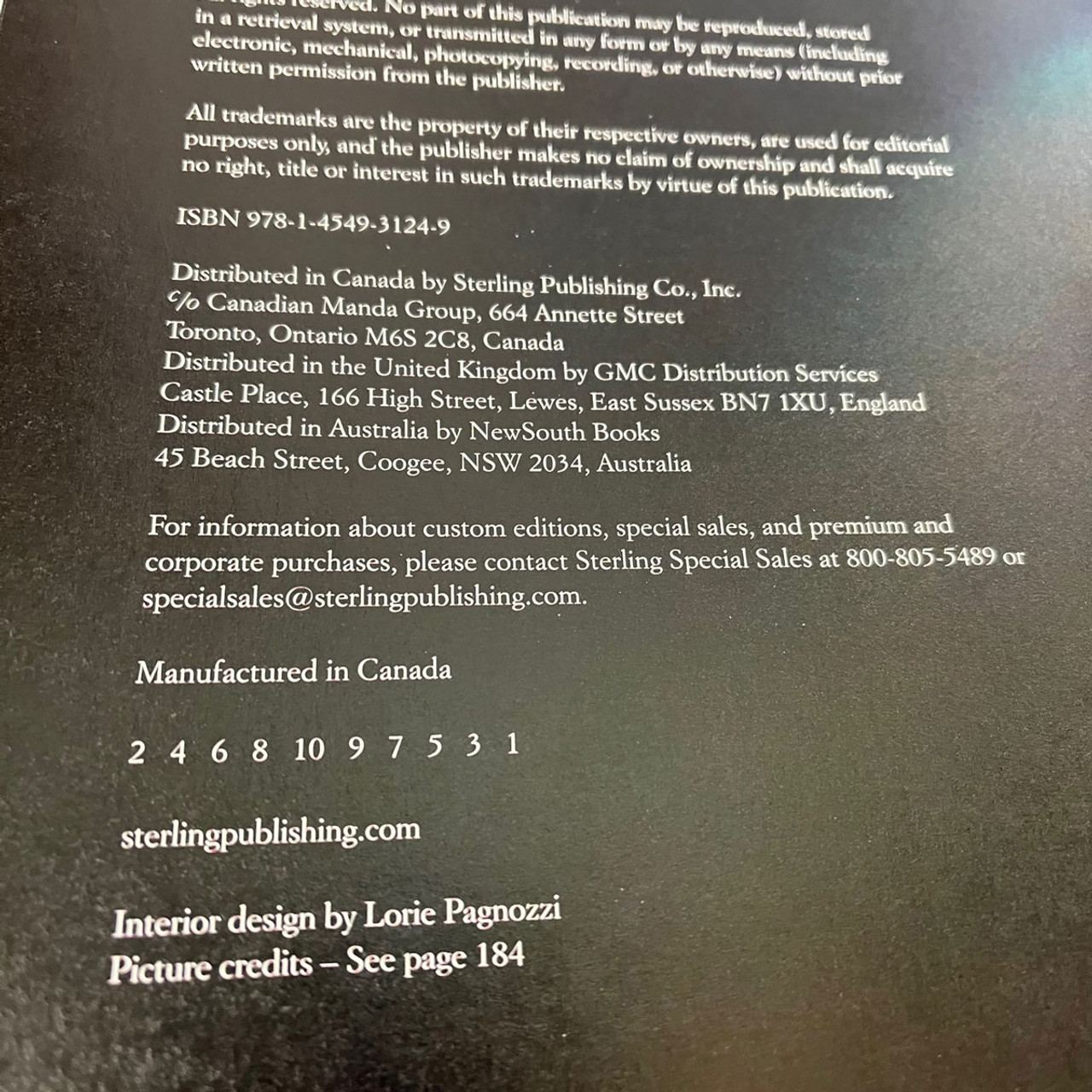 Personally signed by Tony Bennett, winner of nineteen Grammy Awards and with millions of records sold world-wide, along with platinum and gold albums to his credit.

With an emphasis on music, this definitive, lavishly illustrated book celebrates beloved living legend Tony Bennett. An exceptional gift idea for the fan.

With only one book signing event for this release (on Oct 1st), a signed first edition of this title will become increasingly scarce. The book was signed in person at the Barnes N Noble event that was held in New York.

Tony Bennett, at the age of 92, continues to connect to people everywhere through the magic of his music. He’s the quintessential interpreter of the Great American songbook, and recipient of numerous awards and honors, including 18 Grammys® and the Grammy Lifetime Achievement Award, two Emmys®, and the first interpretive singer to receive the Library of Congress Gershwin Prize. Here, Tony, along with radio host, jazz expert, and close friend Dick Golden, reflects on the most important themes, influences, and inspirations that have informed his lifelong creative work, with a focus on music.

This beautiful book—a follow-up to Tony Bennett: In the Studio (2007), which celebrated his prolific art career—features a foreword by award-winning singer Michael Bublé; a preface by Danny Bennett; more than 140 images, including photographs, personal memorabilia, album covers, notes, and artwork; as well as essays from celebrated friends and colleagues, making it an essential keepsake for all Bennett fans.

You will receive a FIRST EDITION, FIRST PRINTING with the full number line on the copyright page as required, ending with a "1". 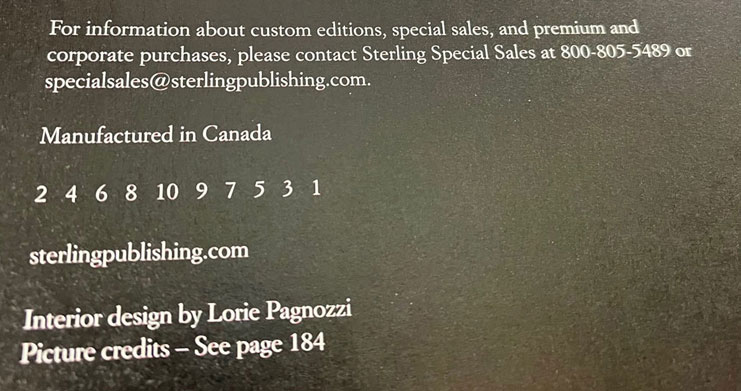 Anthony Dominick Benedetto (born August 3, 1926), known professionally as Tony Bennett, is an American singer of traditional pop standards, big band, show tunes, and jazz. He is also a painter, having created works under his birth name that are on permanent public display in several institutions. He is the founder of the Frank Sinatra School of the Arts in Astoria, Queens, New York.

Bennett began singing at an early age. He fought in the final stages of World War II as a U.S. Army infantryman in the European Theater. Afterward, he developed his singing technique, signed with Columbia Records and had his first number-one popular song with "Because of You" in 1951. Several tracks such as "Rags to Riches" followed in early 1953. He then refined his approach to encompass jazz singing. He reached an artistic peak in the late 1950s with albums such as The Beat of My Heart and Basie Swings, Bennett Sings. In 1962, Bennett recorded his signature song, "I Left My Heart in San Francisco". His career and personal life experienced an extended downturn during the height of the rock music era. Bennett staged a comeback in the late 1980s and 1990s, putting out gold record albums again and expanding his reach to the MTV generation while keeping his musical style intact.

Bennett continued to create popular and critically praised work into the 21st century. He attracted acclaim for his collaborations with Lady Gaga, which began with the album Cheek to Cheek (2014); the two performers toured together to promote the album throughout 2014 and 2015. With the release of the duo's second album, Love for Sale (2021), Bennett broke the individual record for the longest span of top-10 albums on the Billboard 200 chart for any living artist; his first top-10 record was I Left My Heart in San Francisco in 1962. Bennett also broke the Guinness World Record for the oldest person to release an album of new material, at the age of 95 years and 60 days.

Bennett has amassed numerous accolades throughout his career, including 19 Grammy Awards (including a Lifetime Achievement Award presented in 2001) and two Primetime Emmy Awards. He was named an NEA Jazz Master and a Kennedy Center Honoree. Bennett has sold over 50 million records worldwide.

In February 2021, it was revealed that Bennett was diagnosed with Alzheimer's disease in 2016. Due to the slow progression of his illness, he continued to record, tour, and perform until his retirement from concert performances in August 2021 due to physical challenges.

Michael Bublé is a multiple Grammy®–and Juno Award–winning singer-songwriter who has had a string of #1 hits globally since his debut album was released in 2003. His live performances are continually sold out, whether he’s appearing in a stadium setting or intimate concert hall. Born in Canada, Michael Bublé has sold over 50 million albums, has embarked on five world concert tours, and has hosted five prime-time holiday specials on television.

Danny Bennett is a Grammy® – and Emmy® Award–winning music, film, and television producer as well as the son and manager of Tony Bennett and founder of RPM Productions. In addition, he is presently the CEO and President of the Verve Label Group, for the Universal Music Group.

Dick Golden hosts a weekly Sirius/XM radio program, GW Presents American Jazz, which now airs on WBGO-FM in Newark/New York and worldwide on WBGO.org. For the last 20 years he has also produced and hosted a weekly four-hour program, The American Songbook, for the Florida NPR affiliate WQCS radio. He has written numerous liner notes, including for the 2017 boxed set Tony Bennett: The Complete Collection. Golden is a member of the office of George Washington University’s office of External Relations and lives in Washington, DC. 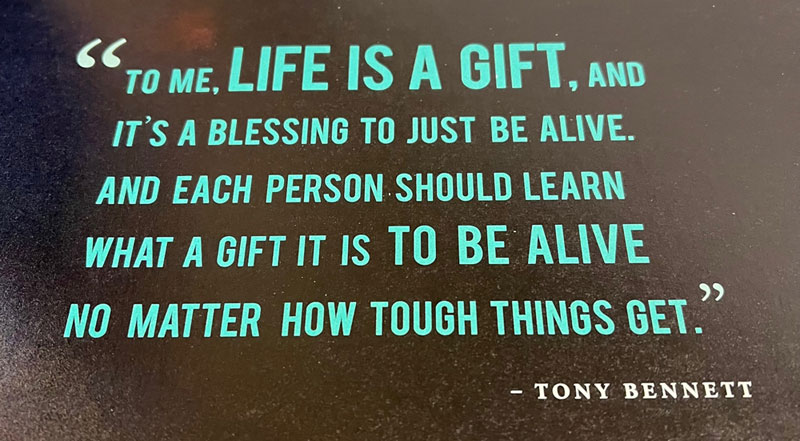 Fine/Fine. Unread book with square and tight spine. A wonderful bring clean copy without any marks, writings , or stamps. Clean & straight boards. No attached bookplates or indication of any removed. A well-cared for book, protected from any potential damage. Sharp corners that are not bumped. The dust-jacket is now protected in a new Brodart archival acid-free sleeve.