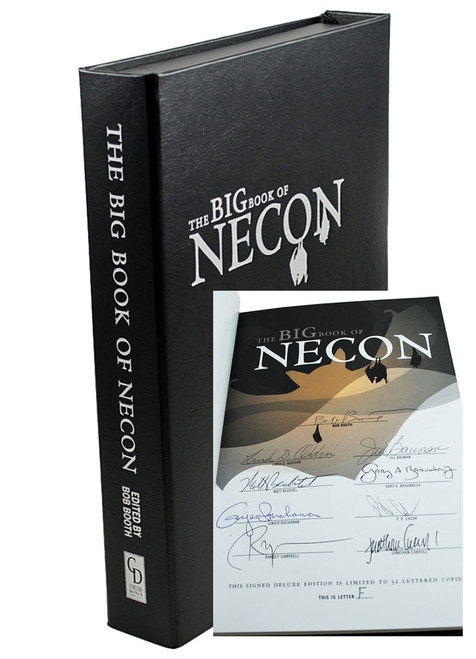 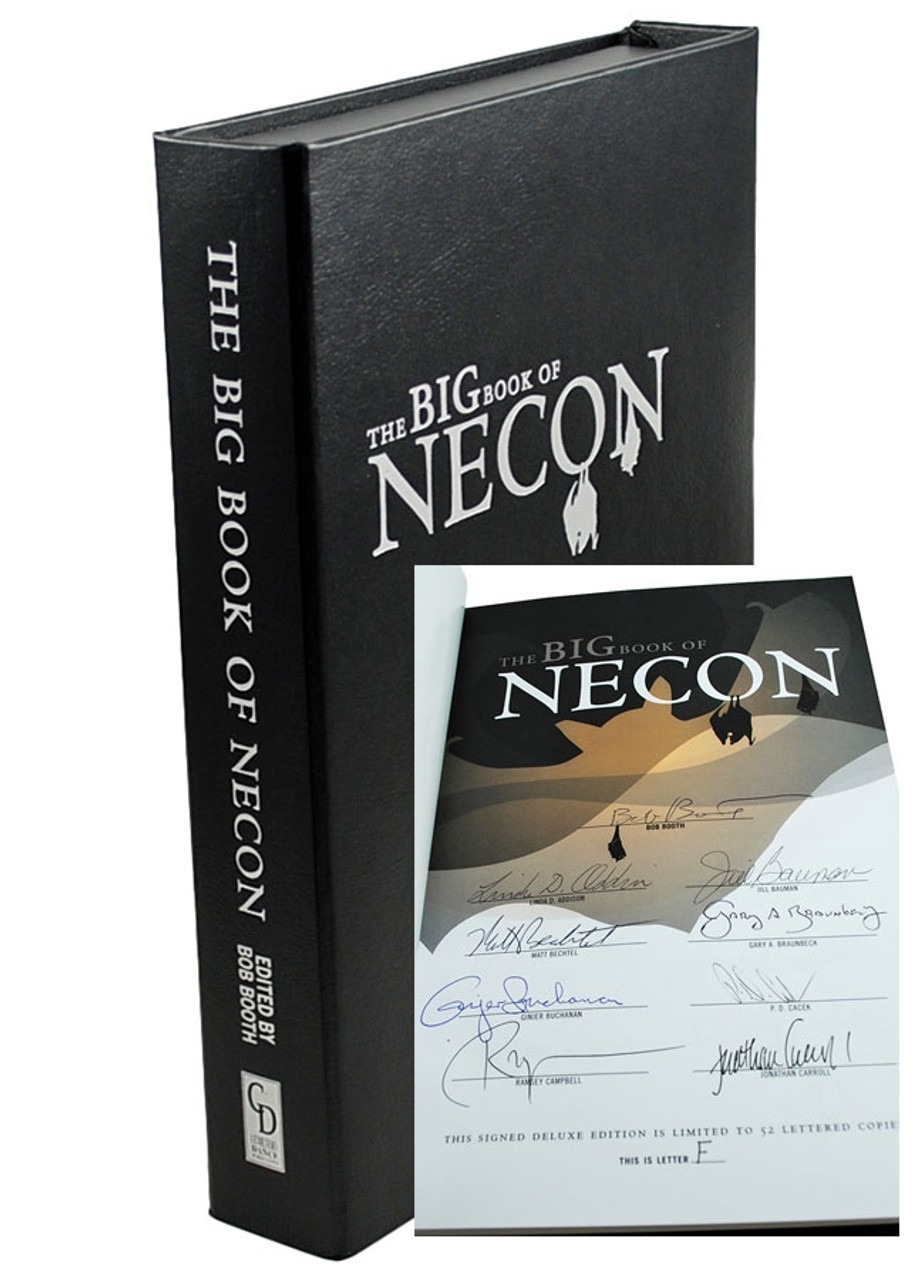 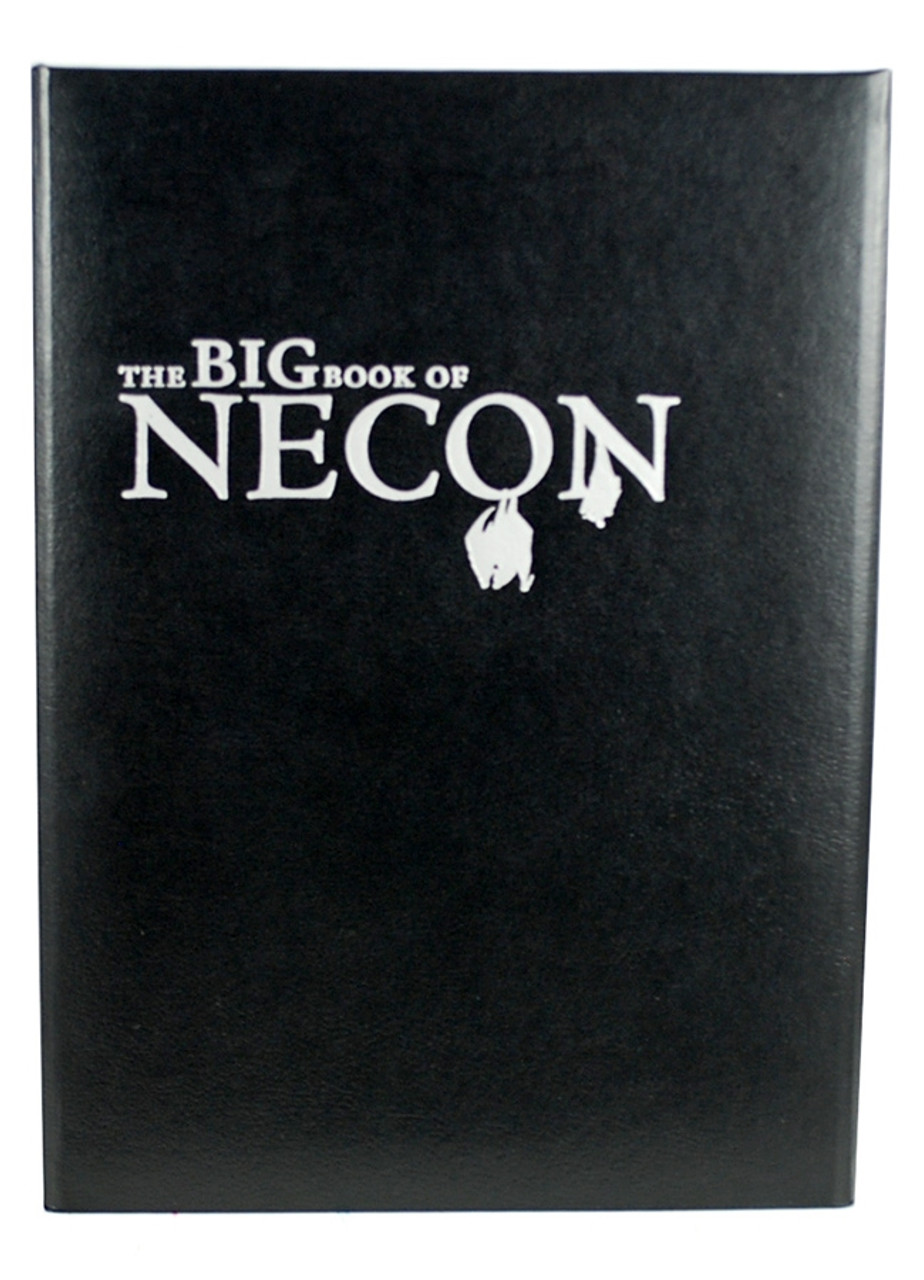 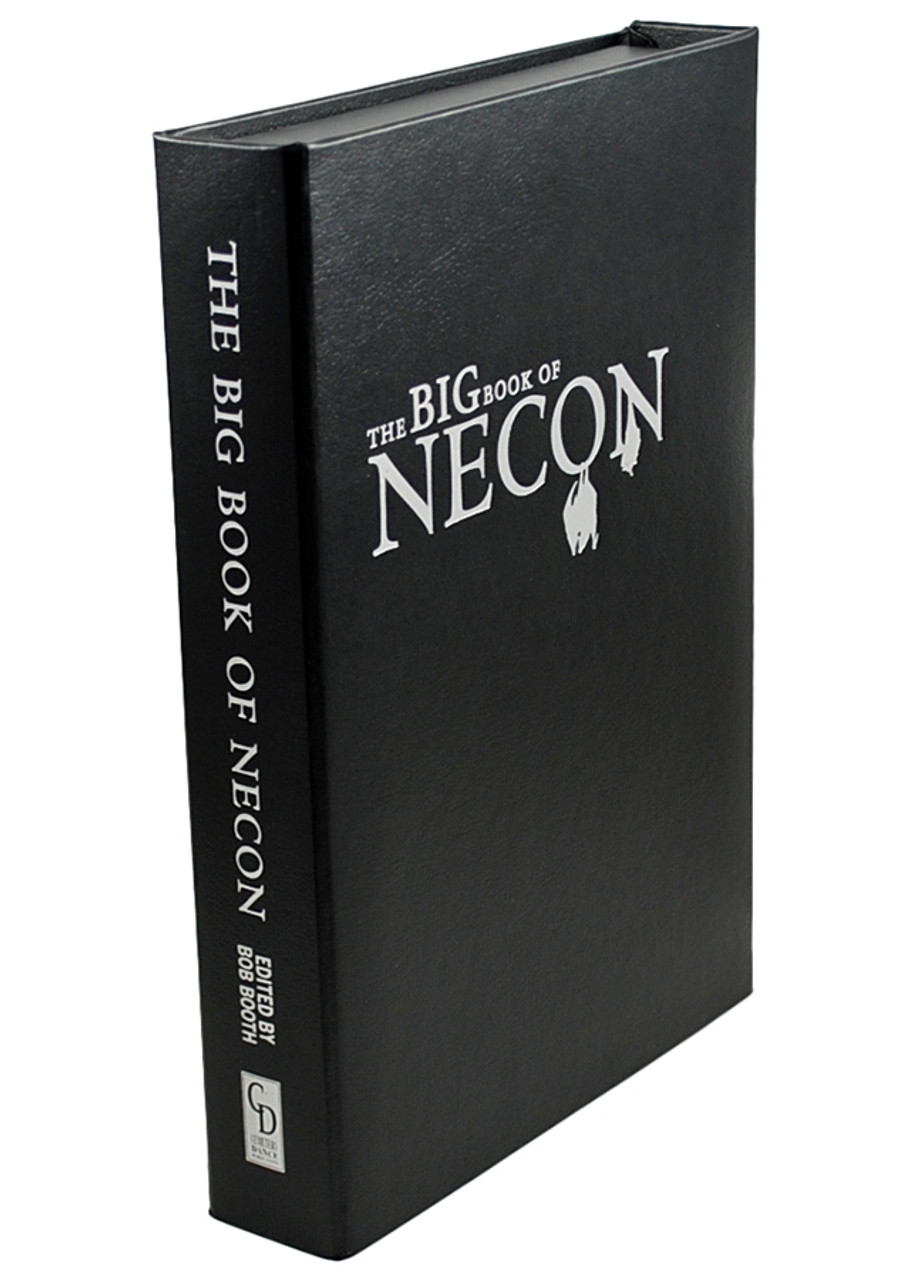 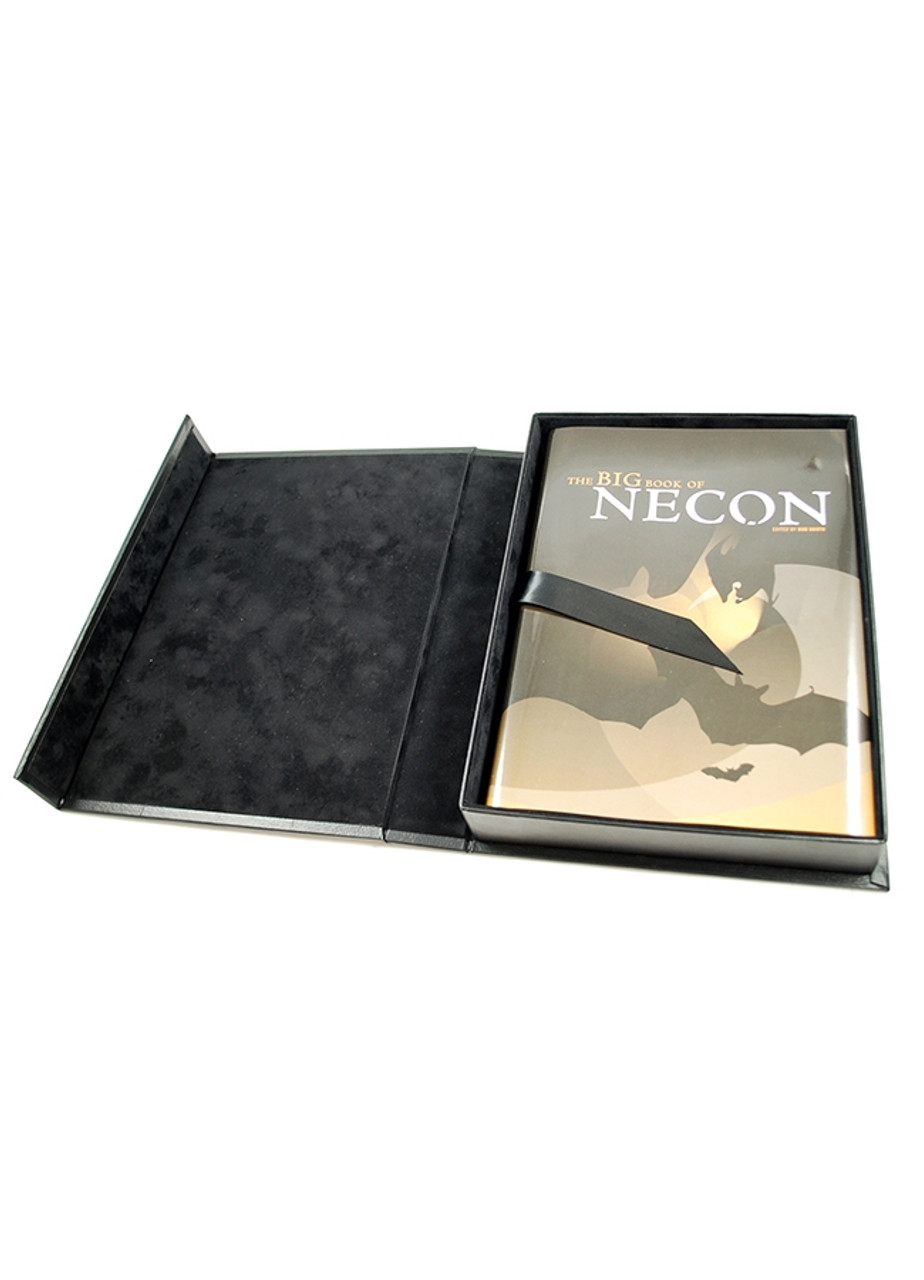 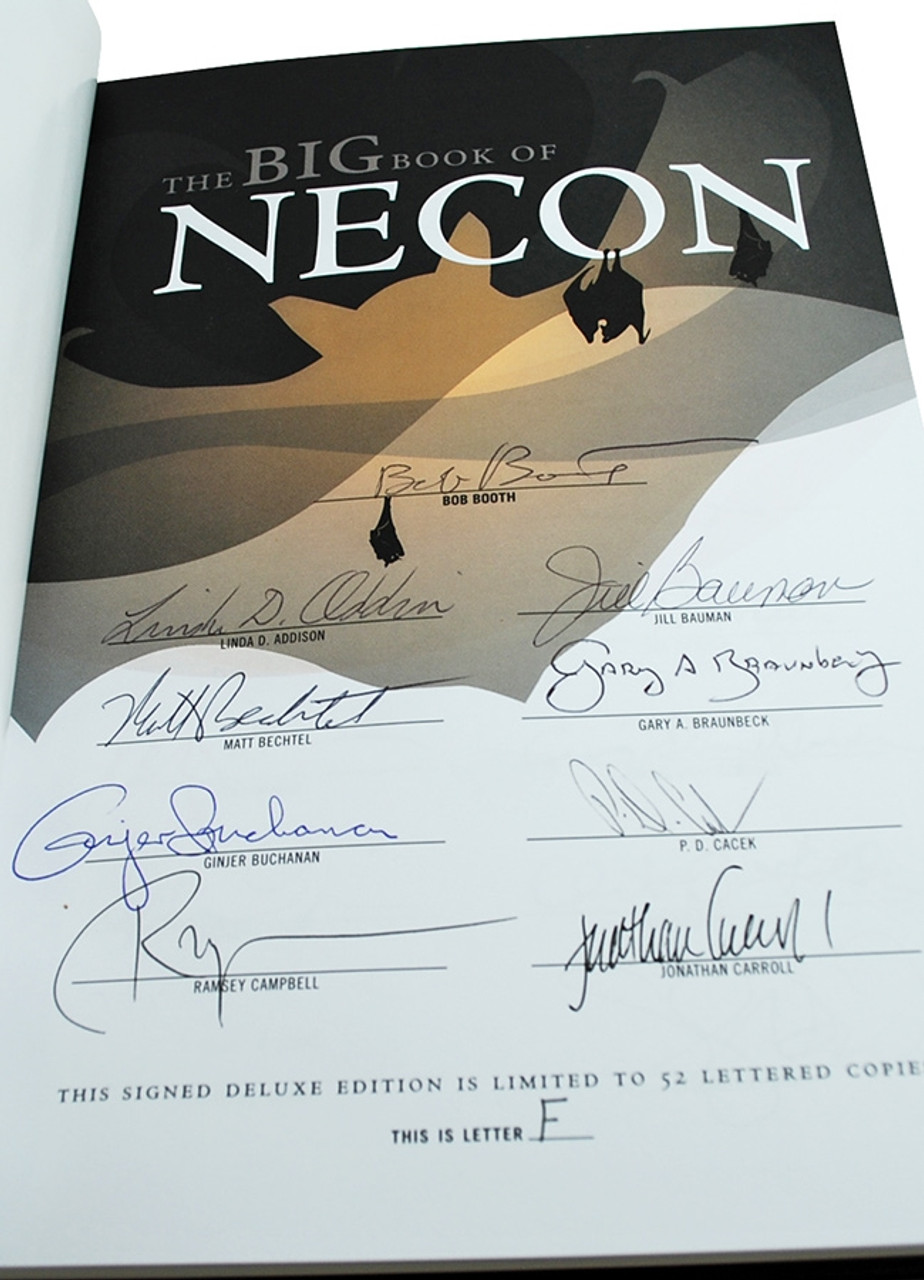 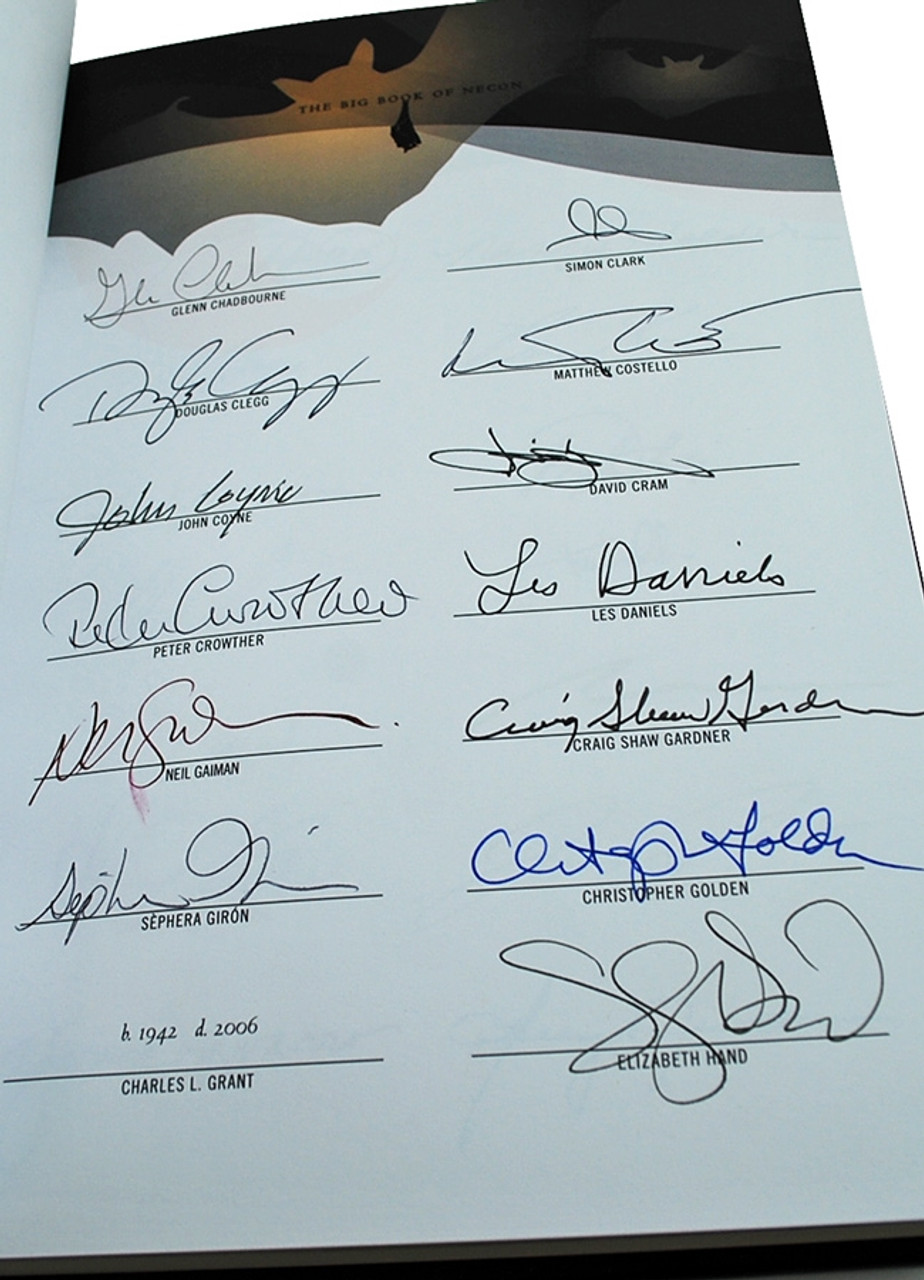 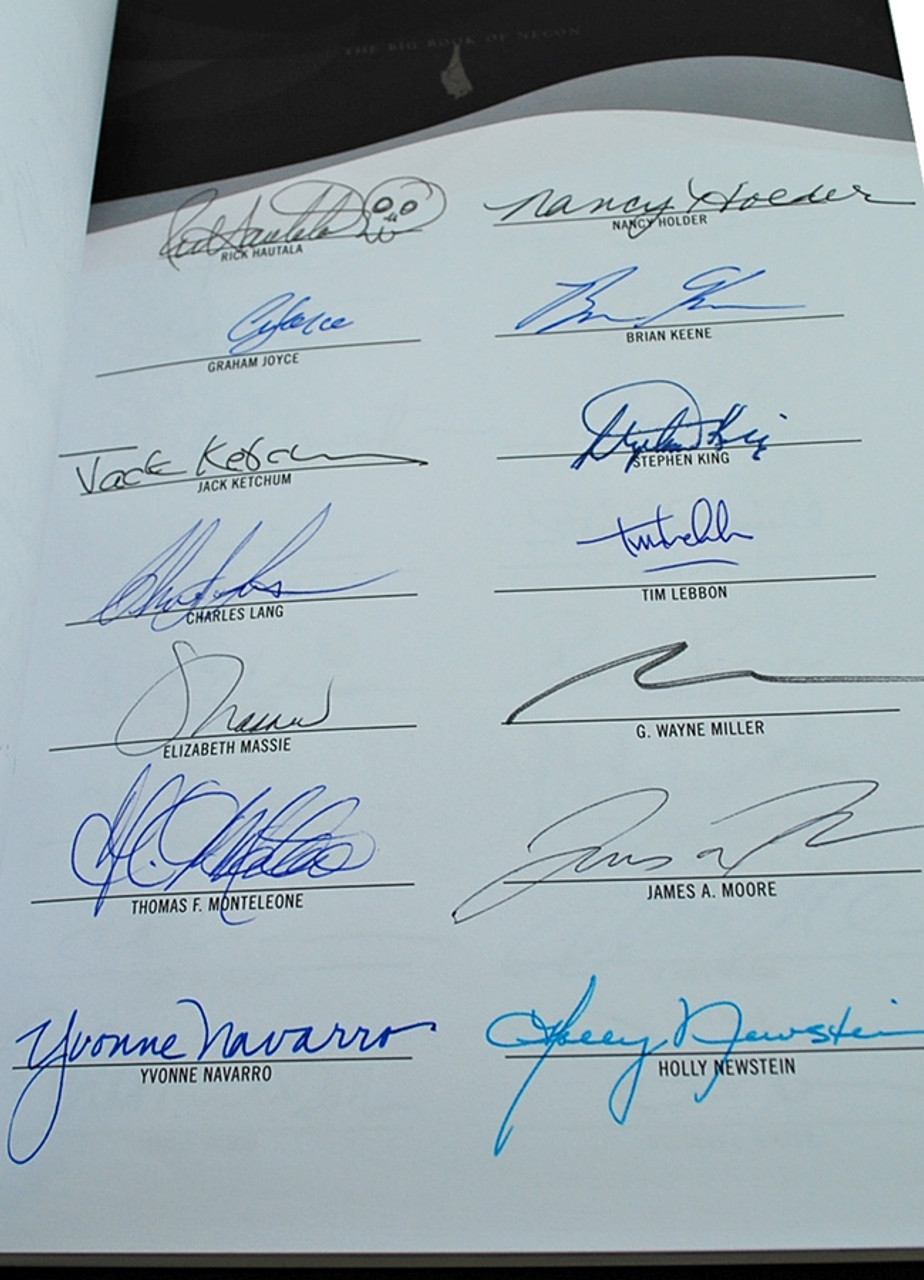 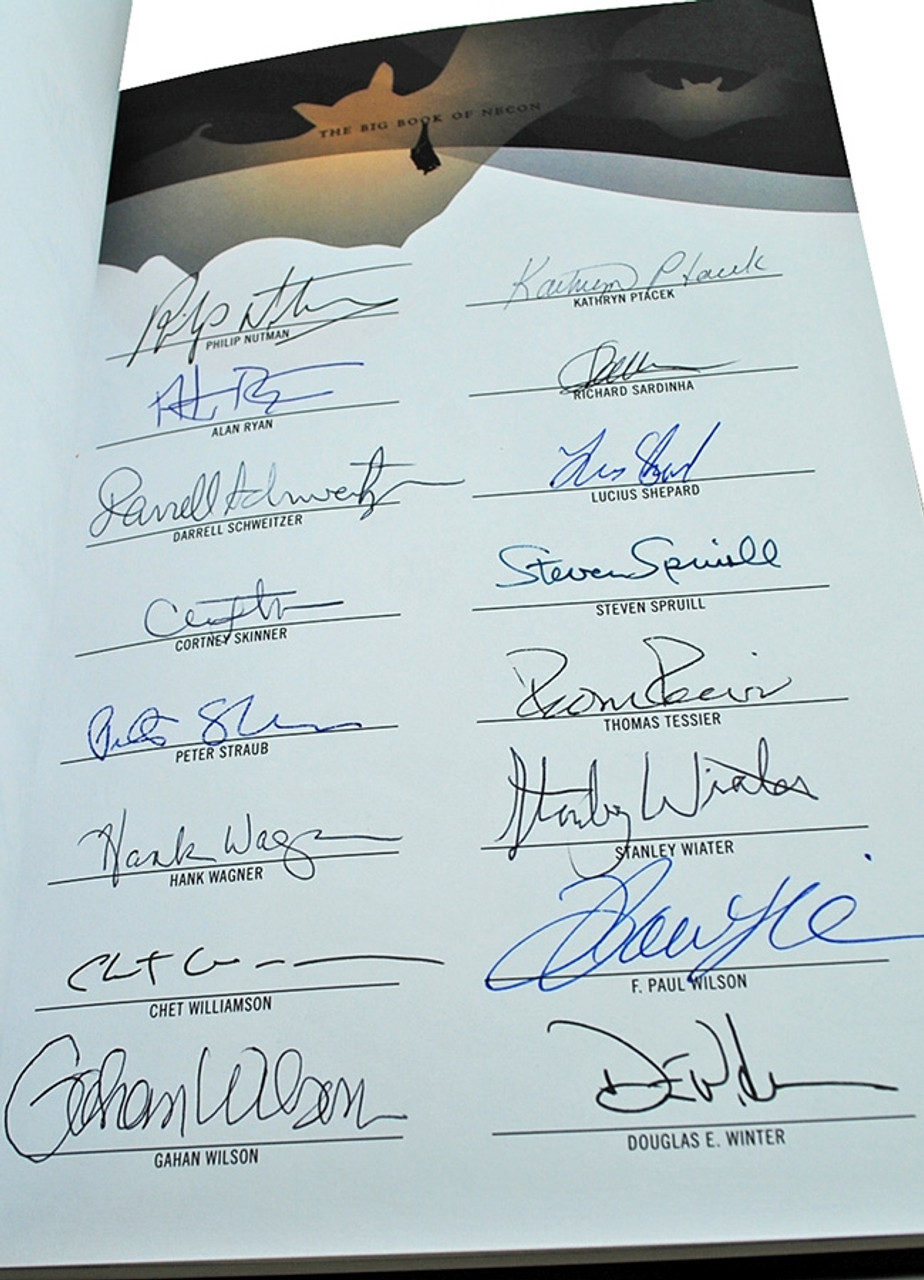 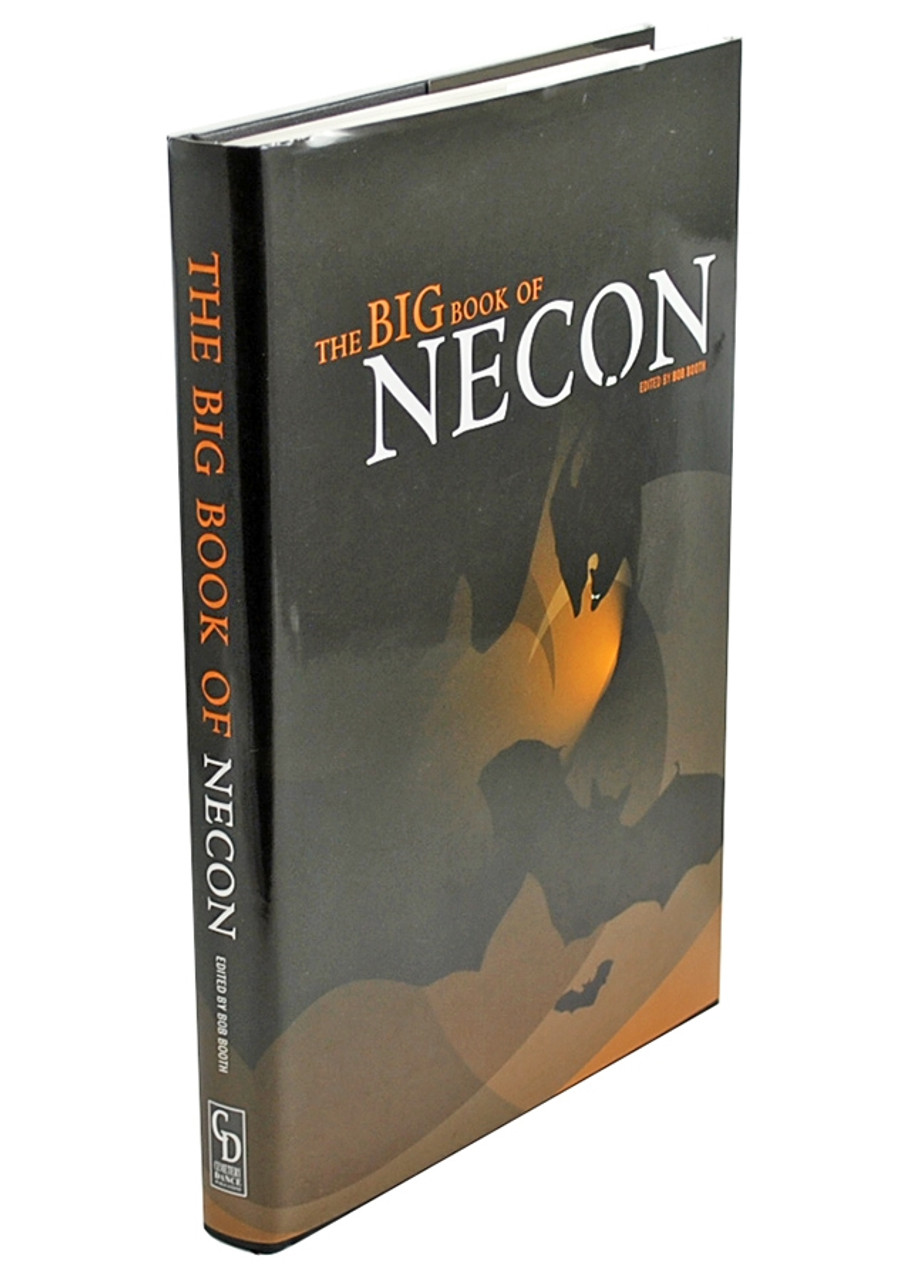 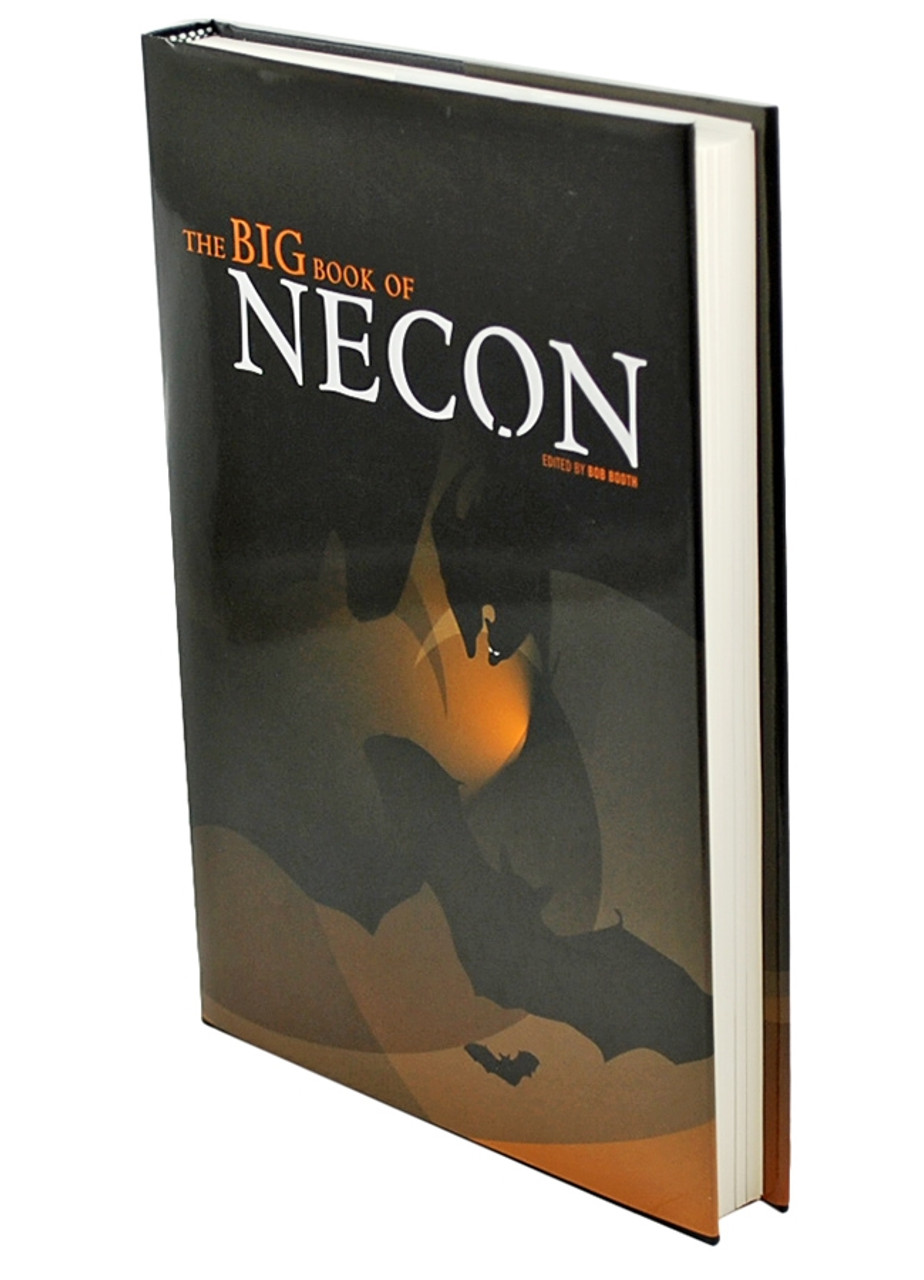 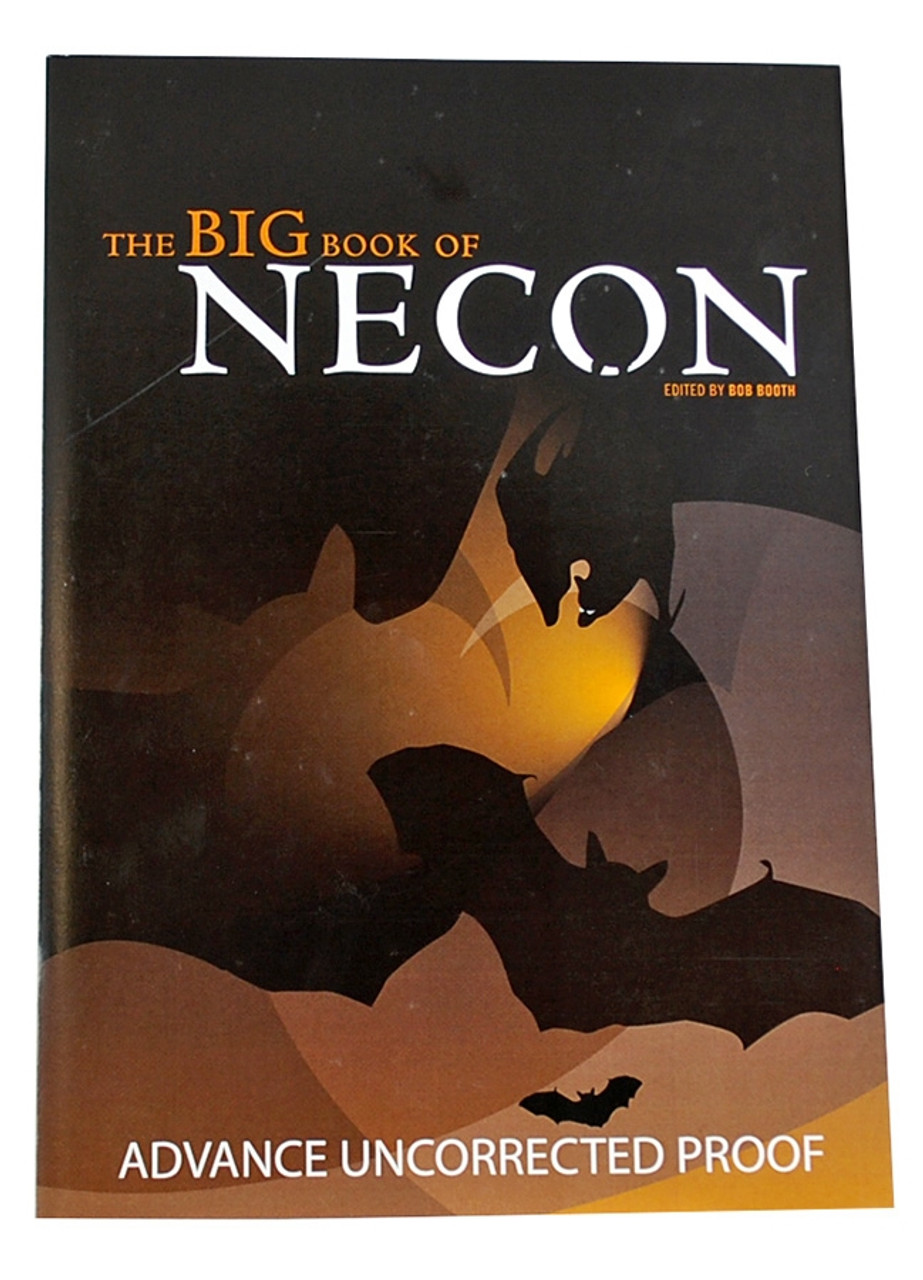 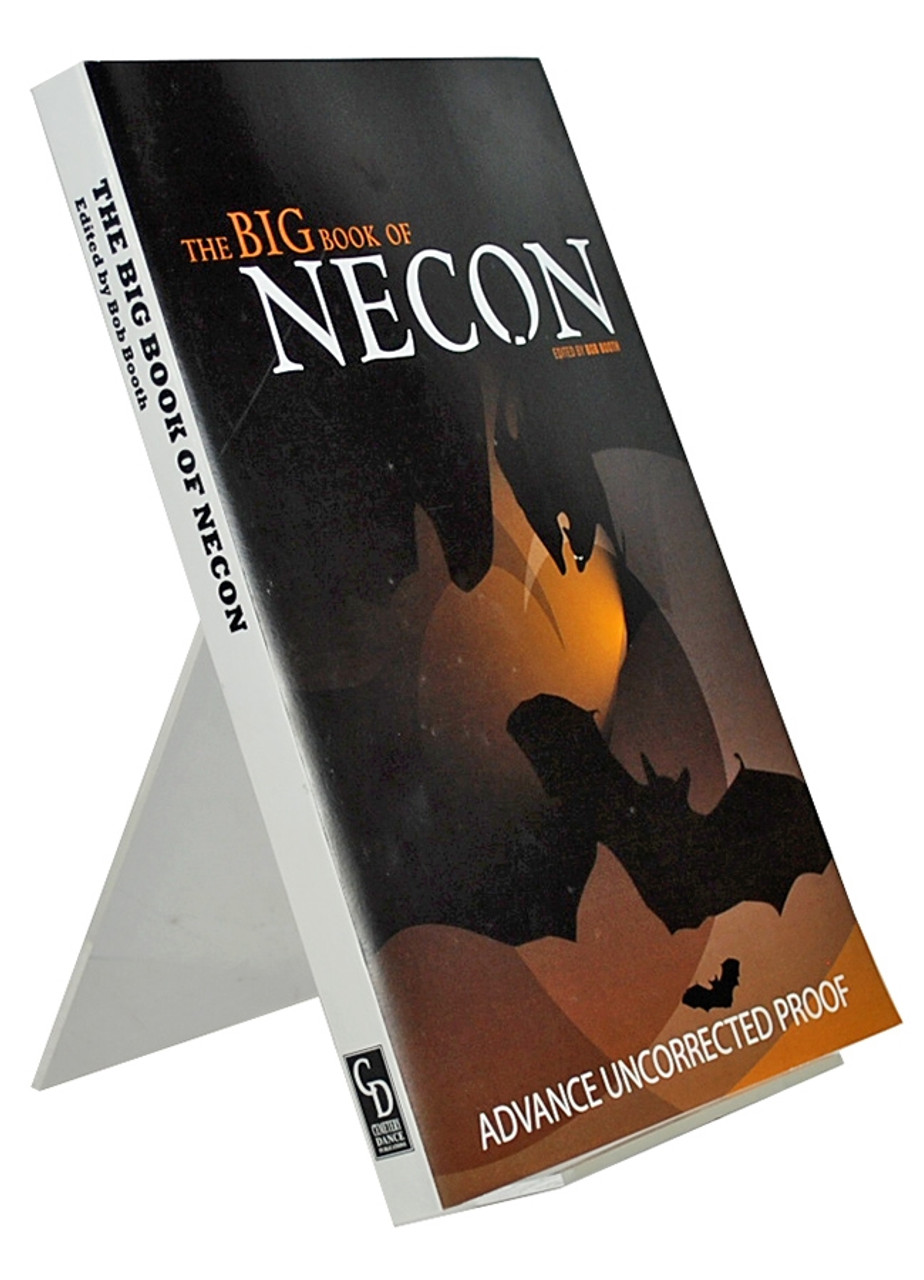 Personally signed by Stephen King and more than 50 other contributors

This listing is for the Traycased Lettered Edition (Letter "JJ") of "The Big Book of NECON", which only 52 lettered copies were produced. It is signed by more than 50 contributors including Stephen King, hand-bound in leather, featuring different endpapers, different signature sheets, a color frontispiece, with a satin ribbon page marker and a deluxe hand-made traycase.

About the Book: Bob and Mary Booth invented The Northeast Regional Fantasy and Horror Convention (Necon) in 1980 after they ran the 1979 World Fantasy Convention. Attendance at Necon has always been capped at 200 participants, which adds to the convention's close-knit atmosphere—but also creates a high demand for tickets. If you've never been able to attend this incredible summer gathering, The Big Book of Necon will give you a glimpse into what makes that convention so special. And if you're already a Necon regular, this generous volume will bring back a lot of fond memories.

Featuring works from over 50 contributors, The Big Book of Necon provides hours of great horror/dark fantasy reading from some of the most important names in modern horror. Many of the short stories, essays, poems, and artwork originally appeared in the annual program booklet, which is exclusively printed for the attendees each year.

Stephen Edwin King (born September 21, 1947) is an American author of horror, supernatural fiction, suspense, science fiction and fantasy. His books have sold more than 350 million copies, many of which have been adapted into feature films, miniseries, television series, and comic books. King has published 58 novels, including seven under the pen name Richard Bachman, and six non-fiction books. He has written around 200 short stories, most of which have been published in book collections.
Very Fine. Clean & straight boards. No markings, writings, or stampings. No attached bookplates or signs of any removed. A well-cared for book, protected from any potential damage. This book stands out as having had exemplary care. Square and tight spine. Not price-clipped. Excellent original example. Dust-jacket fully protected with a mylar cover. A beautiful, tight copy. Book Grading Definitions