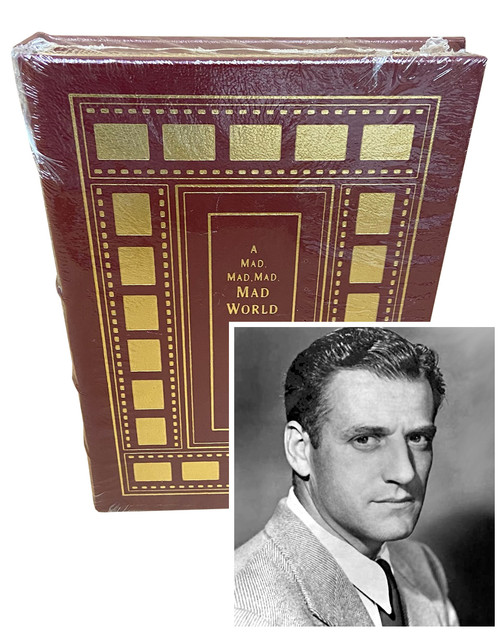 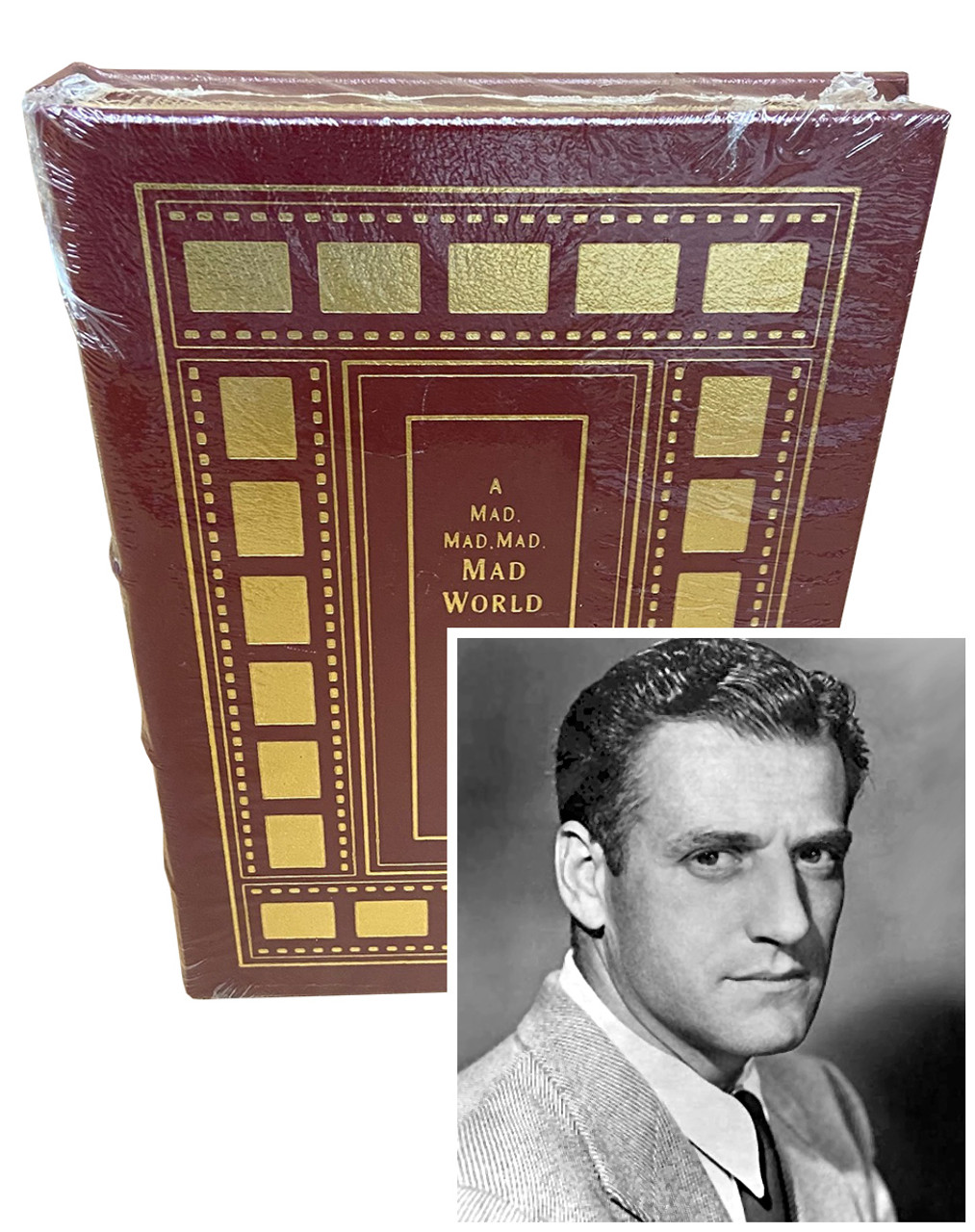 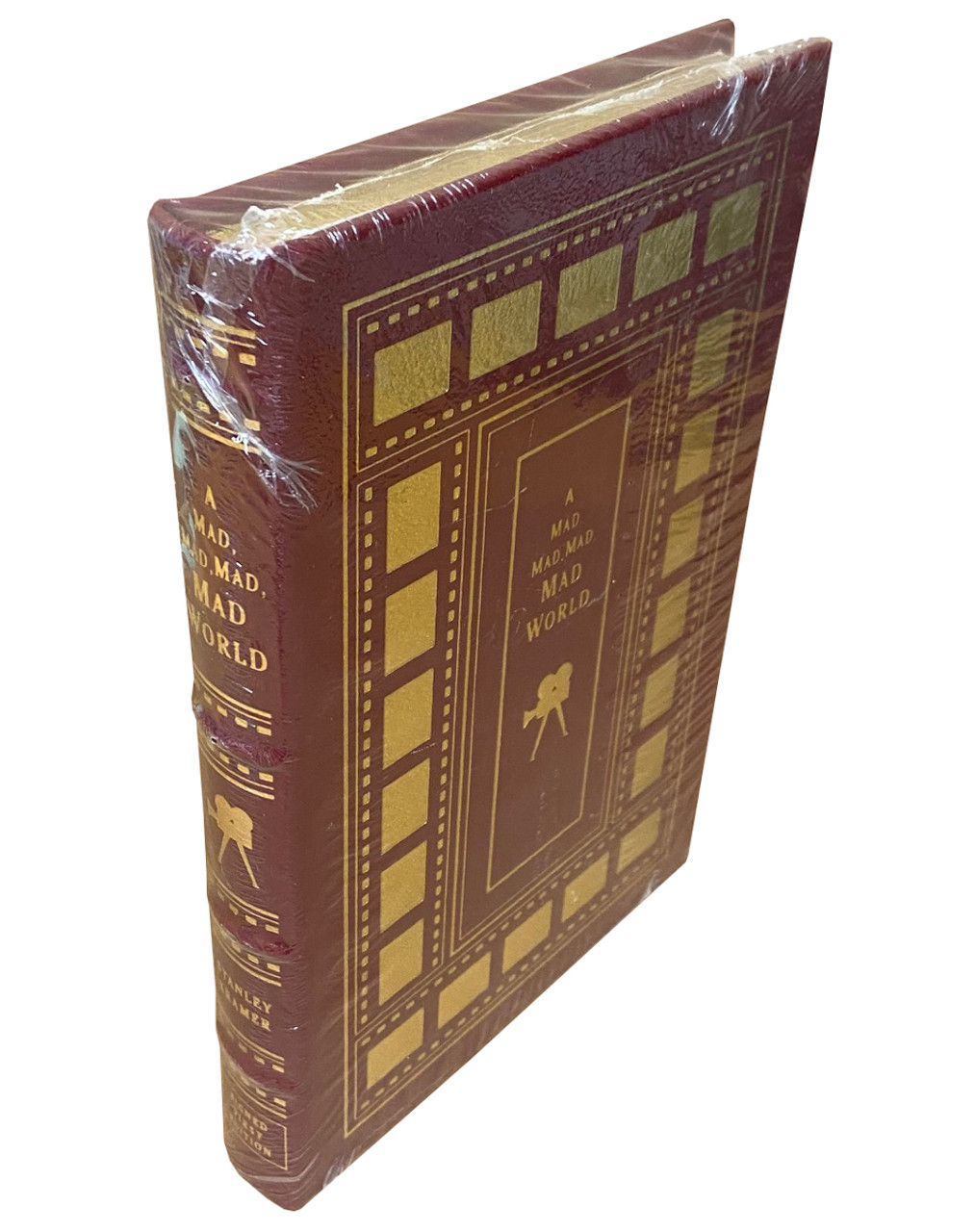 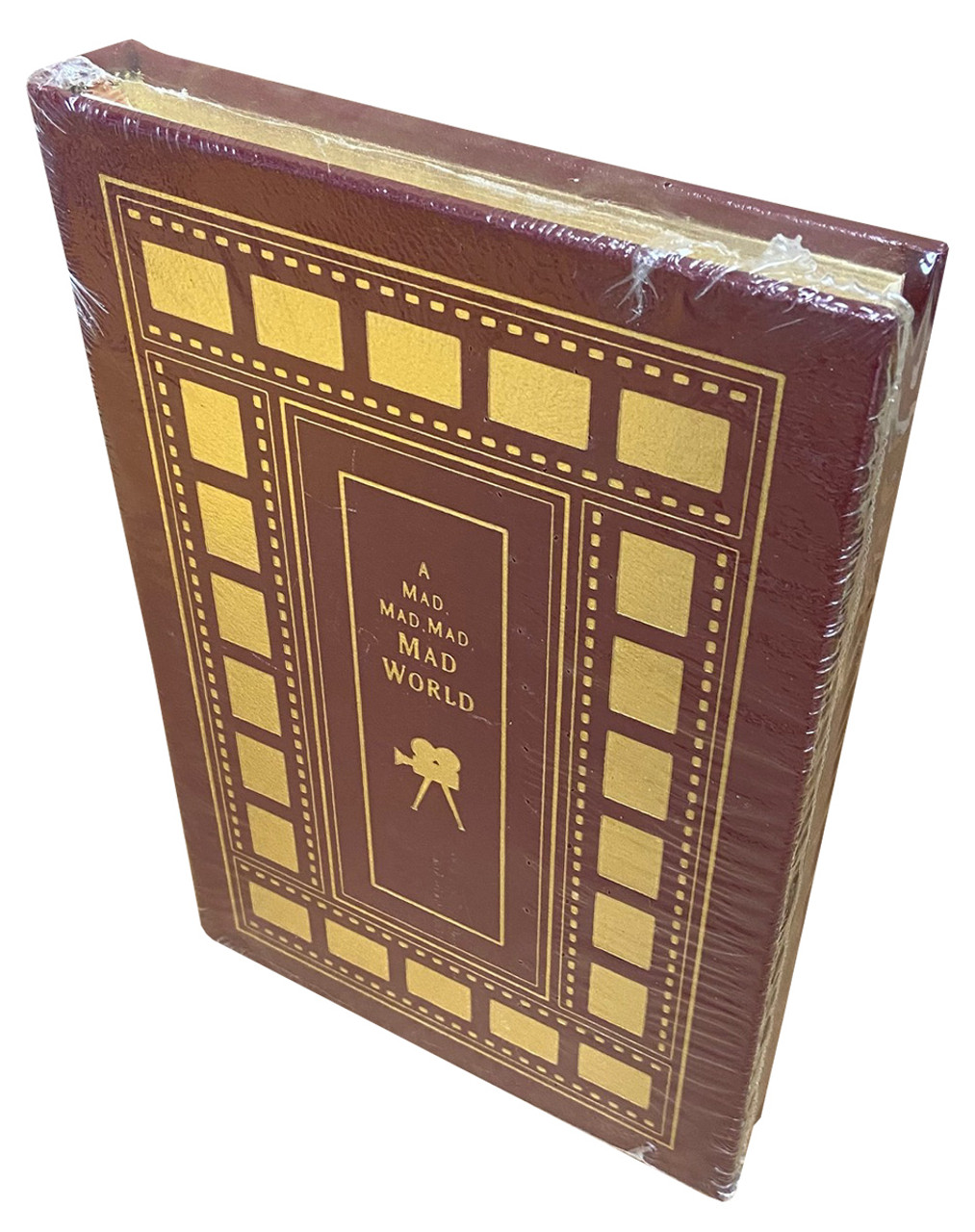 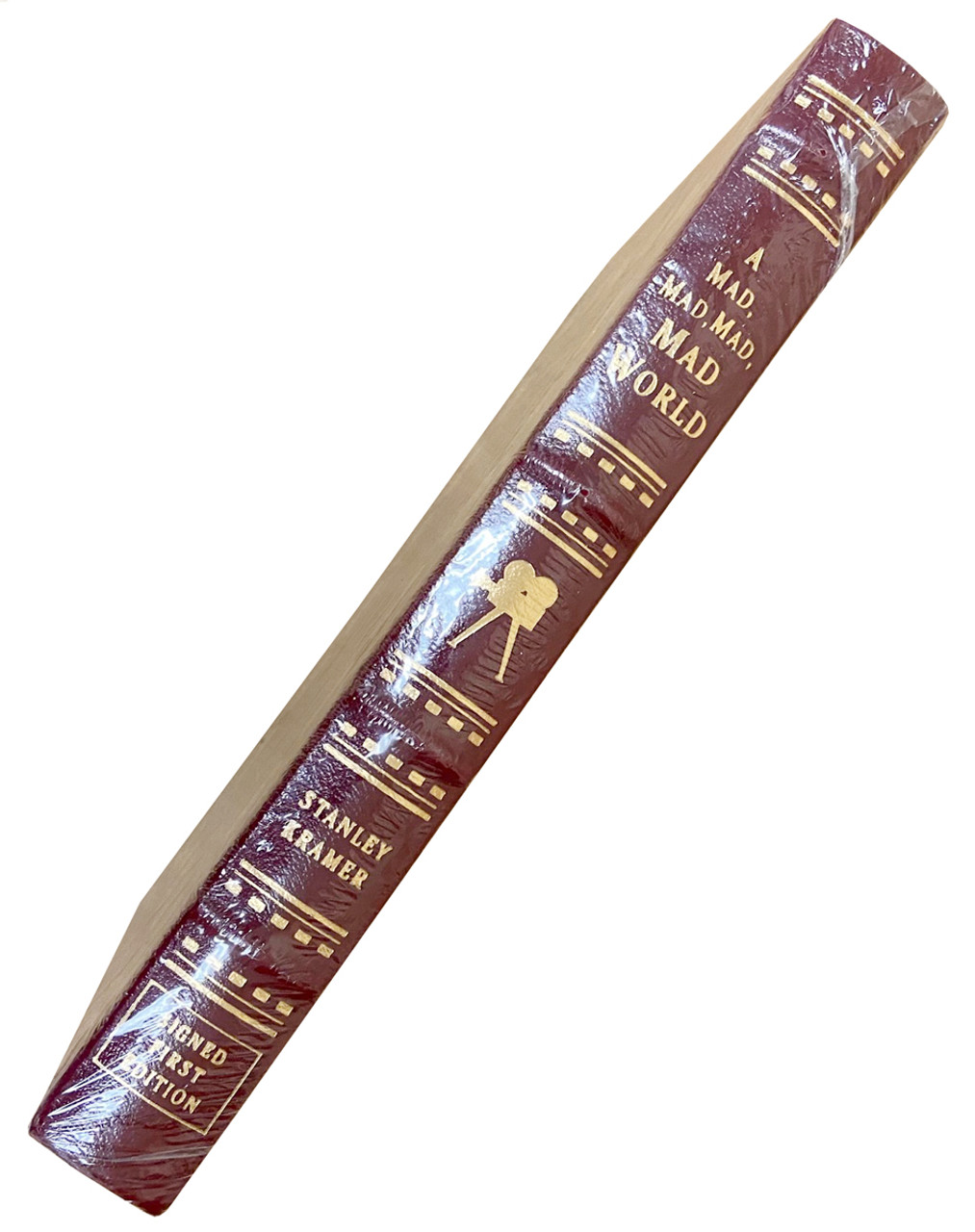 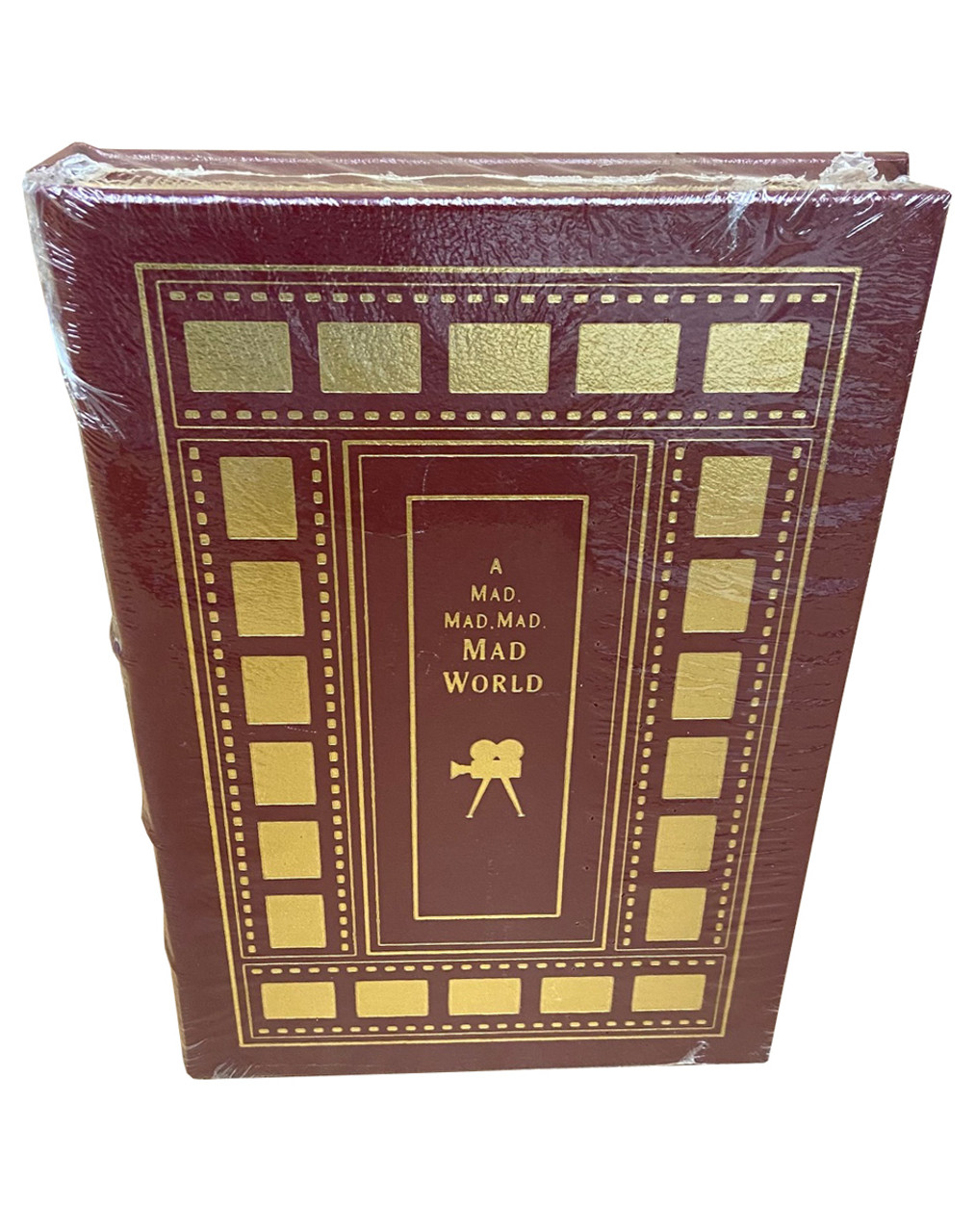 Personally signed by Stanley Kramer and limited to only 900. 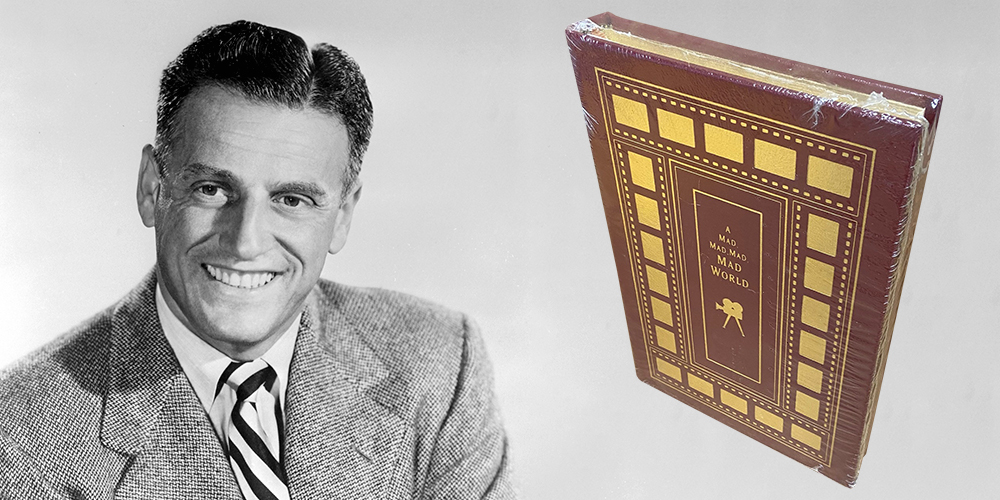 Easton Press, Norwalk, CT. 1997. Stanley Kramer "It's a Mad, Mad, Mad, Mad World" Signed First Edition of only 900 copies produced. This edition has been signed by Stanley Kramer directly onto the limitation page of the book. Full genuine leather. Mint and sealed.


One of Hollywood's most famous and controversial filmmakers shares his fascinating reminiscences about the world of film, offering anecdotes about the notable actors and actresses with whom he has worked, his various movies, and his personal life.

Director-producer Kramer personifies independence. Here, he candidly considers mistakes made, opportunities lost, and battles won in a career that has so far spanned over half a century. Most evocative is the travail of an aspiring producer in 1950s Hollywood. For someone with ideas, organizational skills, and formidable persuasive powers, the transition from studio to independent production during this era was ideal. Less beholden to moguls (but not necessarily financiers), Kramer exercised creative input in the selection of material and in casting and directorial decisions. Bolstered by the confidence of his convictions, he has at times shown a penchant for expose themes and has often courted controversy to his own detriment. But for every fistful of flops, there has been a masterpiece?The Caine Mutiny, The Defiant Ones, Guess Who's Coming to Dinner. As with most film biographies of this ilk, it invariably helps to have seen the films discussed, but for such readers this is a richly satisfying work.
-Jayne Plymale, Univ. of Georgia Lib., Athens Copyright 1997 Reed Business Information, Inc.

Legendary Hollywood producer/director Stanley Kramer touts himself as "the most frequently picketed producer in movie history," a distinction to which he is entitled as the force behind such landmark films as Guess Who's Coming to Dinner, On the Beach, High Noon, and The Wild One. Kramer tells a remarkable history of life in Hollywood during the depths of the McCarthy era and other cold war exigencies. His memoir captivates the reader with anecdotes from working with such troublesome stars as Marlon Brando and Humphrey Bogart as well as the legendary misanthrope Harry Cohn, president of Columbia Pictures, Kramer's boss and chief nemesis. But the memoir is most noteworthy for its exemptions. Written in a crisp, clipped prose, the book is nearly all business. Brief opening passages describe growing up on the streets of Hell's Kitchen in Lower Manhattan, but few formative interests. Kramer states his politics as a "Roosevelt democrat," but nothing on how he reached that position. A paragraph is devoted to his 12-year marriage. Consumed by his crusade to make challenging films for a complacent America, Kramer gives the impression that Hollywood was his life.
Ted Leventhal

Stanley Earl Kramer (September 29, 1913 – February 19, 2001) was an American film director and producer, responsible for making many of Hollywood's most famous "message films". As an independent producer and director, he brought attention to topical social issues that most studios avoided. Among the subjects covered in his films were racism (in The Defiant Ones and Guess Who's Coming to Dinner), nuclear war (in On the Beach), greed (in It's a Mad, Mad, Mad, Mad World), creationism vs. evolution (in Inherit the Wind) and the causes and effects of fascism (in Judgment at Nuremberg). His other notable films included High Noon (1952, as producer), The Caine Mutiny (1954, as producer), and Ship of Fools (1965).


Director Steven Spielberg described him as an "incredibly talented visionary", and "one of our great filmmakers, not just for the art and passion he put on screen, but for the impact he has made on the conscience of the world."[1] Kramer was recognized for his fierce independence as a producer-director, with author Victor Navasky writing that "among the independents . . . none seemed more vocal, more liberal, more pugnacious than young Stanley Kramer." His friend, Kevin Spacey, during his acceptance speech at the 2015 Golden Globes, honored Kramer's work, calling him "one of the great filmmakers of all time."

Despite uneven critical reception, both then and now, Kramer's body of work has received many awards, including 16 Academy Awards and 80 nominations, and he was nominated nine times as either producer or director.[5] In 1961, he received the Irving G. Thalberg Memorial Award. In 1963, he was a member of the jury at the 3rd Moscow International Film Festival.[6] In 1998, he was awarded the first NAACP Vanguard Award in recognition of "the strong social themes that ran through his body of work". In 2002, the Stanley Kramer Award was created, to be awarded to recipients whose work "dramatically illustrates provocative social issues".