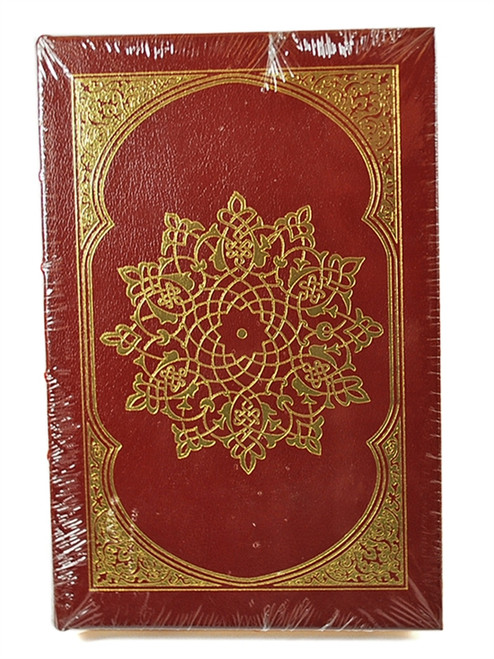 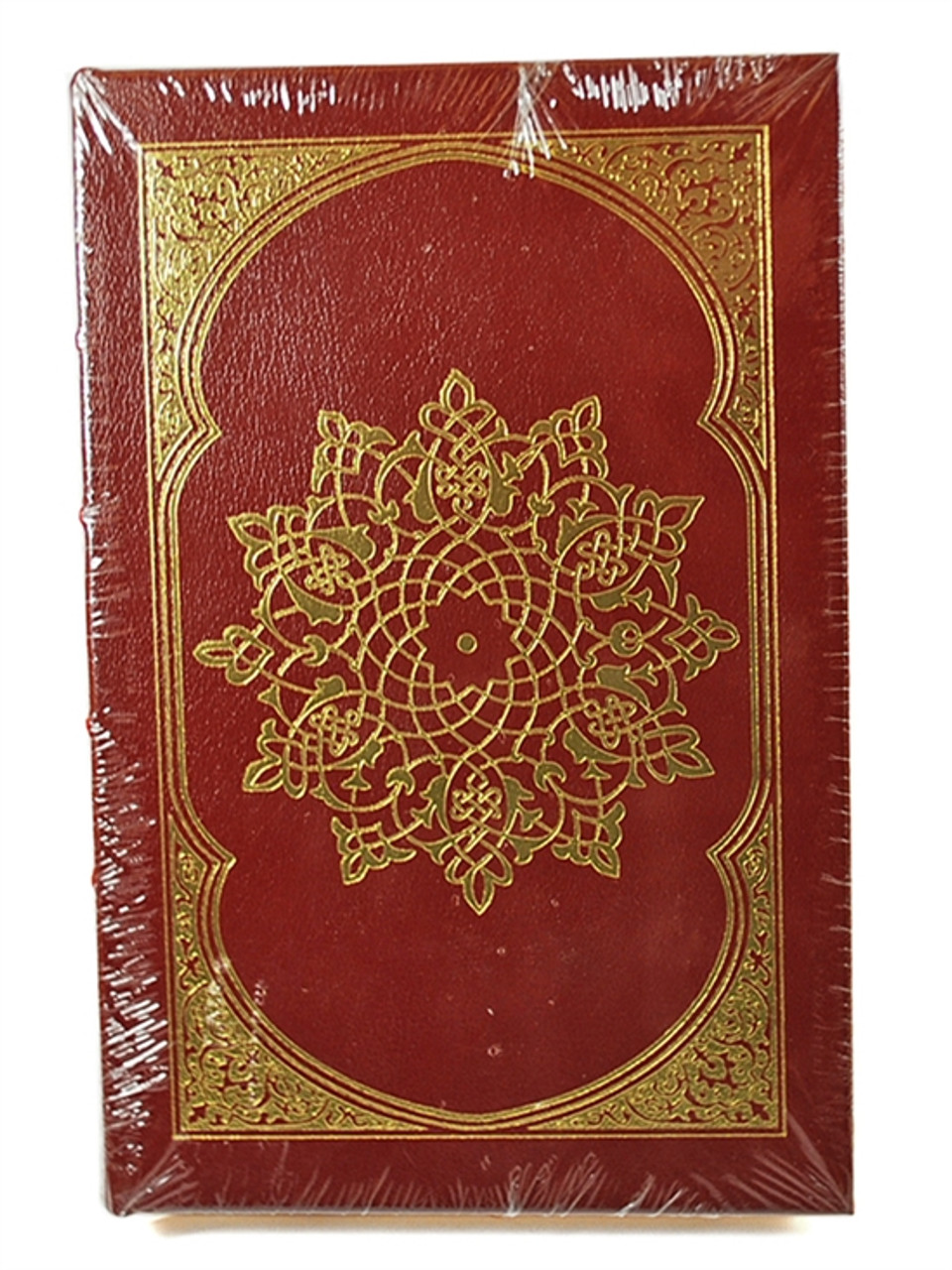 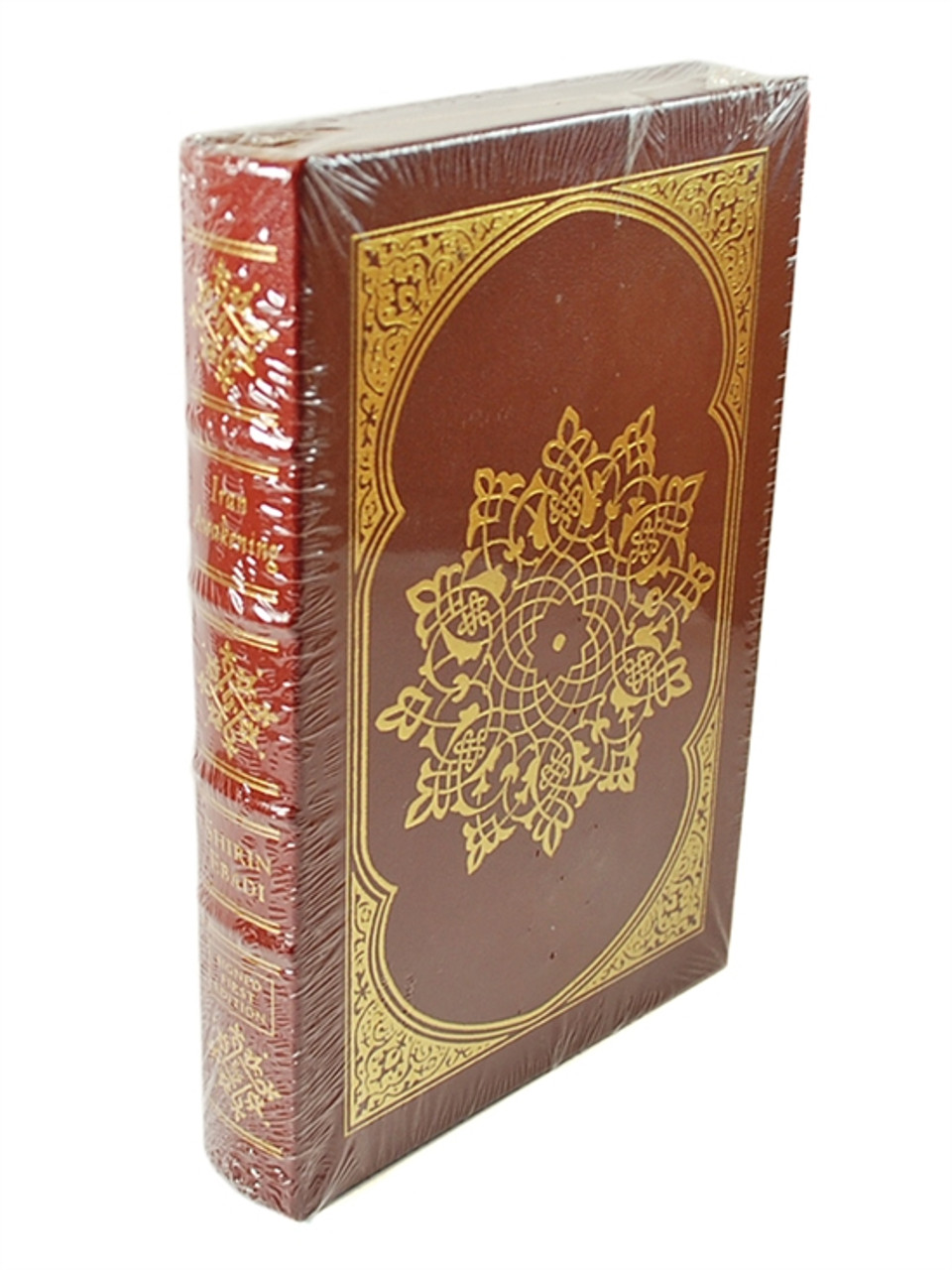 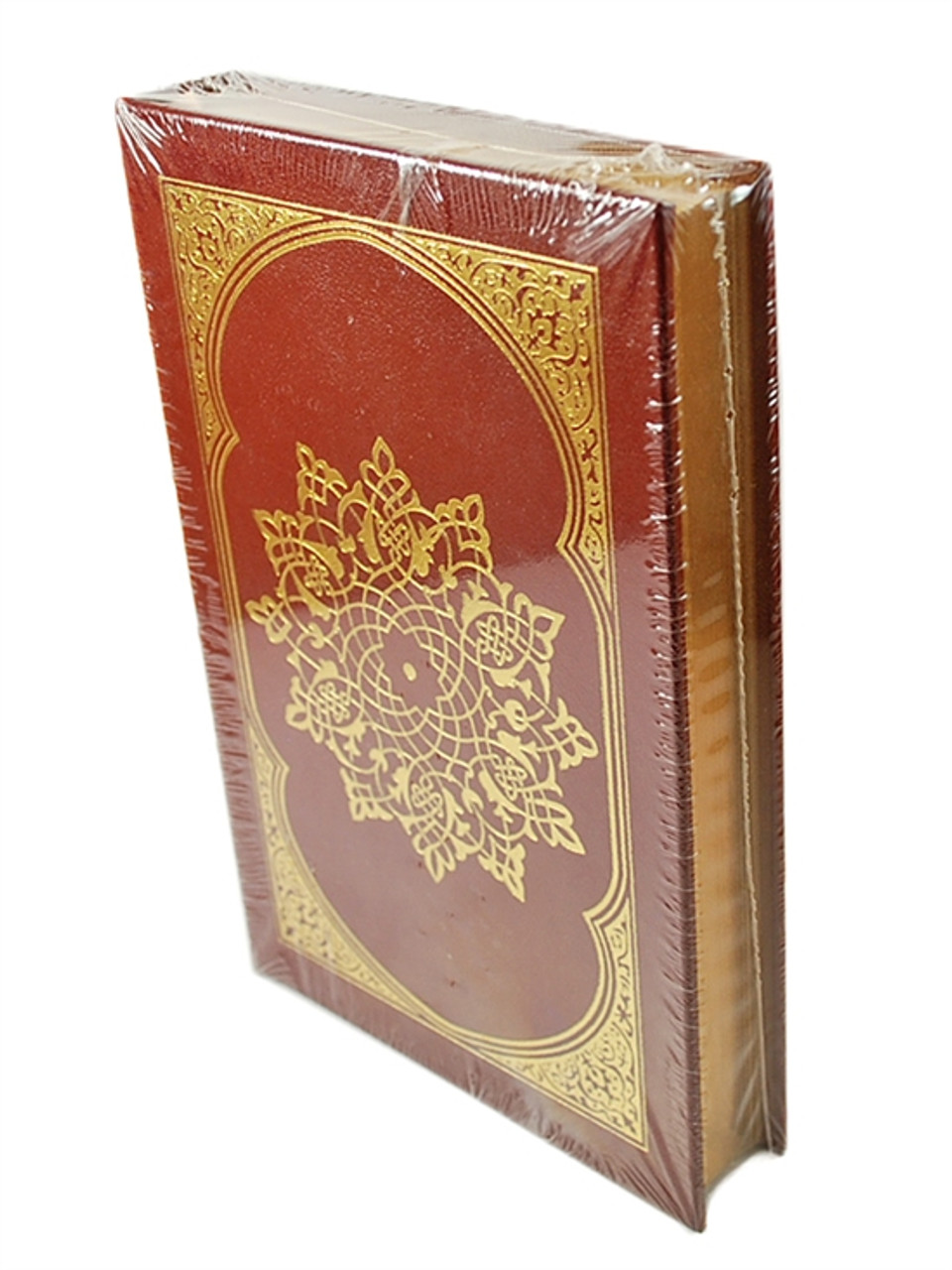 Easton Press, Norwalk, CT. Shirin Ebadi "Iran Awakening". Signed First Edition. A luxurious leather bound volume in As New condition, never removed from its original shrink-wrap. Includes COA and Collector's Notes along with an unattached book-plate for your own personalization. Full genuine leather. A collector's edition limited to only 1,300 signed and numbered copies.


Personally signed by Shirin Ebadi on a special title page.
Iran Awakening is a moving, inspiring memoir of one of the great women of our times, Shirin Ebadi, winner of the 2003 Nobel Peace Prize, whose spirit has remained strong in the face of political persecution.

From The Washington Post's Book World/washingtonpost.com
Millions of Iranian women were sidelined by Iran's 1979 Islamic revolution, but few fought back the way Shirin Ebadi did. She had become Iran's foremost woman jurist by the 1970s, but Ayatollah Ruhollah Khomeini's theocracy stripped her of her judgeship in 1980. Her steely tenacity enabled her to take on a new role as a human rights lawyer battling for justice in Iran's revolutionary courts -- a fight that won her the 2003 Nobel Peace Prize and brought her face to face with the terror her clients confronted. In the fall of 2000, as she studied a dossier about the premeditated killings of dissidents that was made available after a judicial investigation, her gaze fell on a chilling sentence: "The next person to be killed is Shirin Ebadi."
Her new memoir, Iran Awakening, is a riveting account of a brave, lonely struggle to take Islamist jurists to task for betraying the promises of their own revolution. Life was supposed to improve for Iranians after the despotic rule of the U.S.-backed shah. But rather than protect its citizens, the new government set upon a cruel track. Ebadi's tale is told from the perspective of an ordinary mother and an extraordinary lawyer determined, despite the ruthless reign of the ayatollahs, to do what is right.
In her dealings with the grim and arbitrary judicial machinery in Islamist Iran, Ebadi demonstrates that her own patriotism is beyond reproach. She faces her foes with cunning and the quiet calculation of a superb chess player. The resulting book (written with the help of Azadeh Moaveni, a Time magazine correspondent) sometimes reads like a police thriller, its drama heightened by Ebadi's determination to keep up the quotidian aspects of her family life. She goes through the daily rituals of washing dishes and mincing fresh herbs before dinner, preparing meals ahead of time as she maps out her game plan to embarrass the regime.
Iran Awakening is not a literary work but an insider's view of the merciless daily grind that drives women to struggle, submission or suicide. Ebadi's reactions are sometimes movingly normal, as when she tries to insulate her two daughters from the terror by doing something as different as taking them skiing -- which, it turns out, requires this 40-something mom to get permission from her own mother.
The description of her own imprisonment -- she was jailed in June 2000 for videotaping the testimony of a key witness in the case of a young activist killed during the previous year's student riots -- offers a rare glimpse inside Tehran's notorious Evin prison. One guard, assuming that any female inmate must be a prostitute, asks the dignified dissident whether she is there "for a moral offense," which reduces her to hysterical laughter. Her mirth soon fades. "It was so odd to me, how the rhythm of prison life became familiar," she writes. "The personality quirks of the guards, the dank, dusty smell of the cells, even the howls of the addicts seemed normal to me after a couple of days."

Despite her opinion of the ruling mullahs, Ebadi continues to believe that Islam, or a progressive version of it, is compatible with modern democracy. Not everyone will agree with her, but her passion to prove the point is formidable.
Returning home three years ago as a Nobel laureate, she was greeted at Tehran's airport by a mostly female throng, including a group of students singing "Yar-e Dabestani," the adopted anthem of Iran's "young pro-democracy organizers," a sorrowful, bittersweet yet galvanizing song used to lift spirits at sit-ins and gatherings. Its lyrics ask, "Whose hands but mine and yours can pull back these curtains?"
Those curtains are far from lifted. "I am not free enough to write what I want to write," Ebadi said in a recent interview. But she adds: "I am willing to be tried in any court for what I said in this book." It is being published in 16 languages. But not Farsi, the language of Iran. 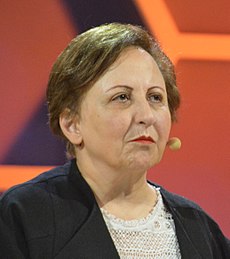