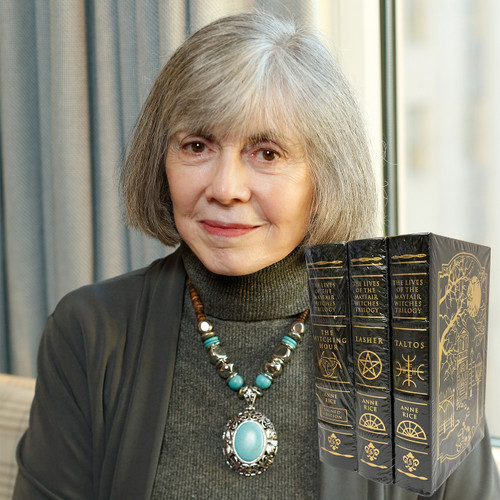 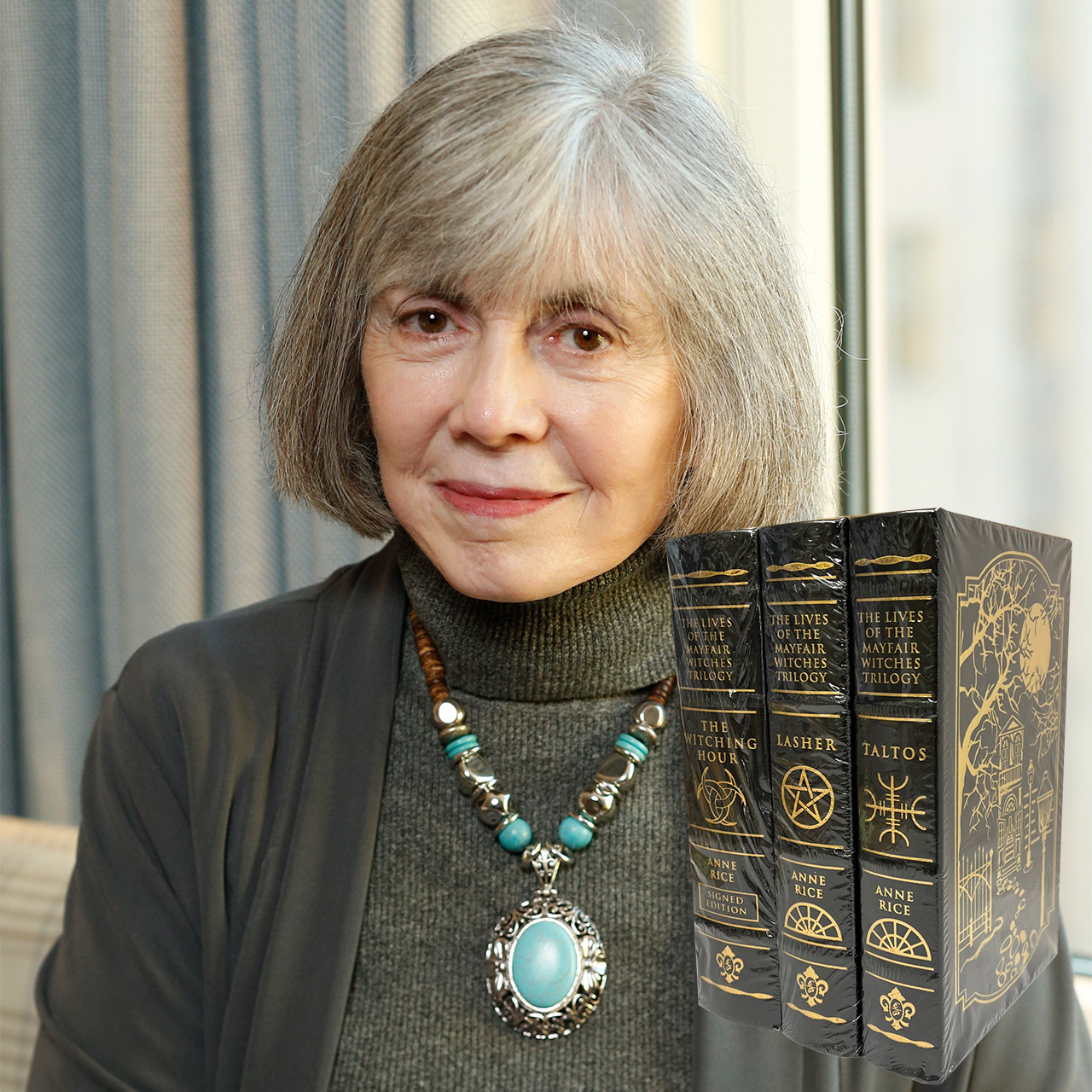 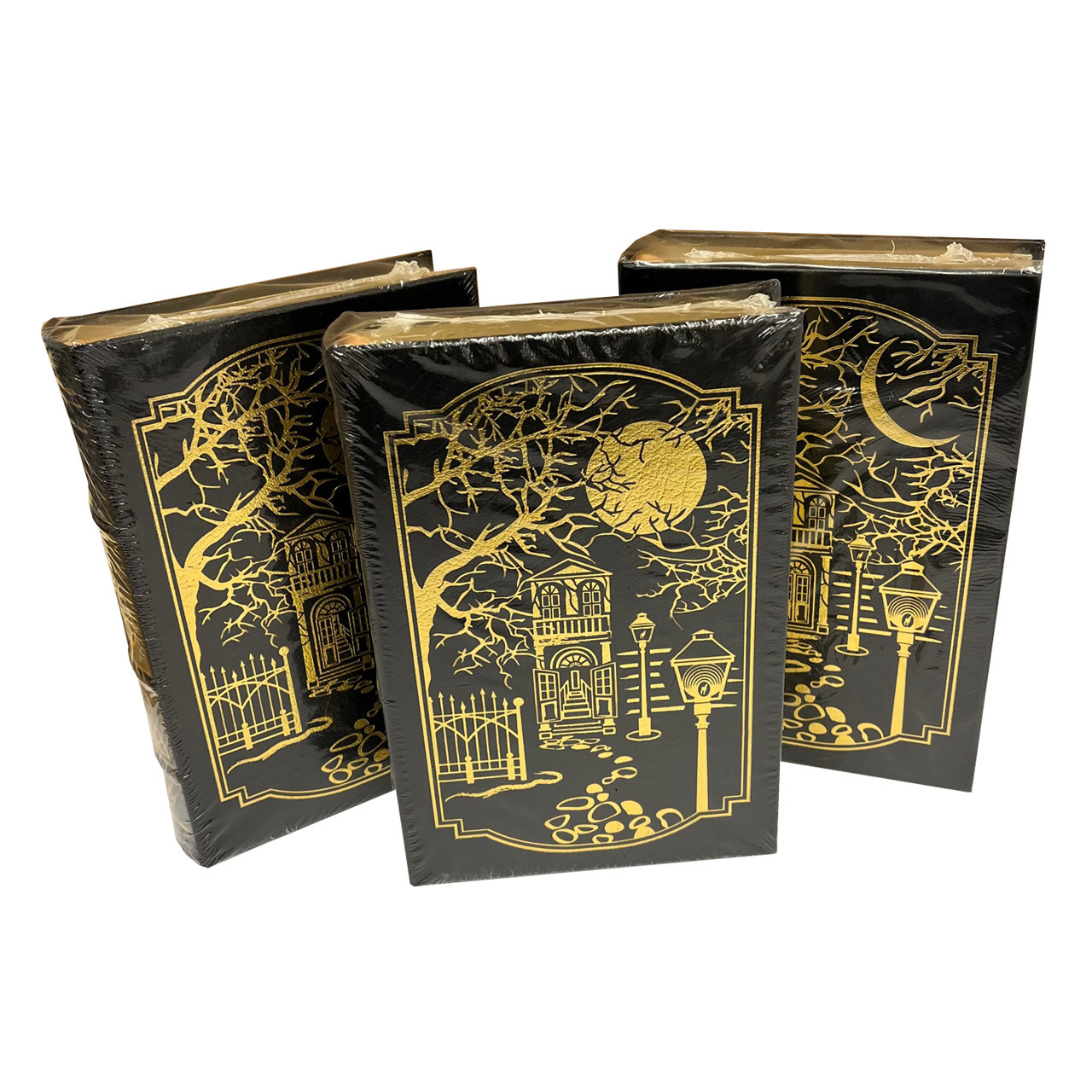 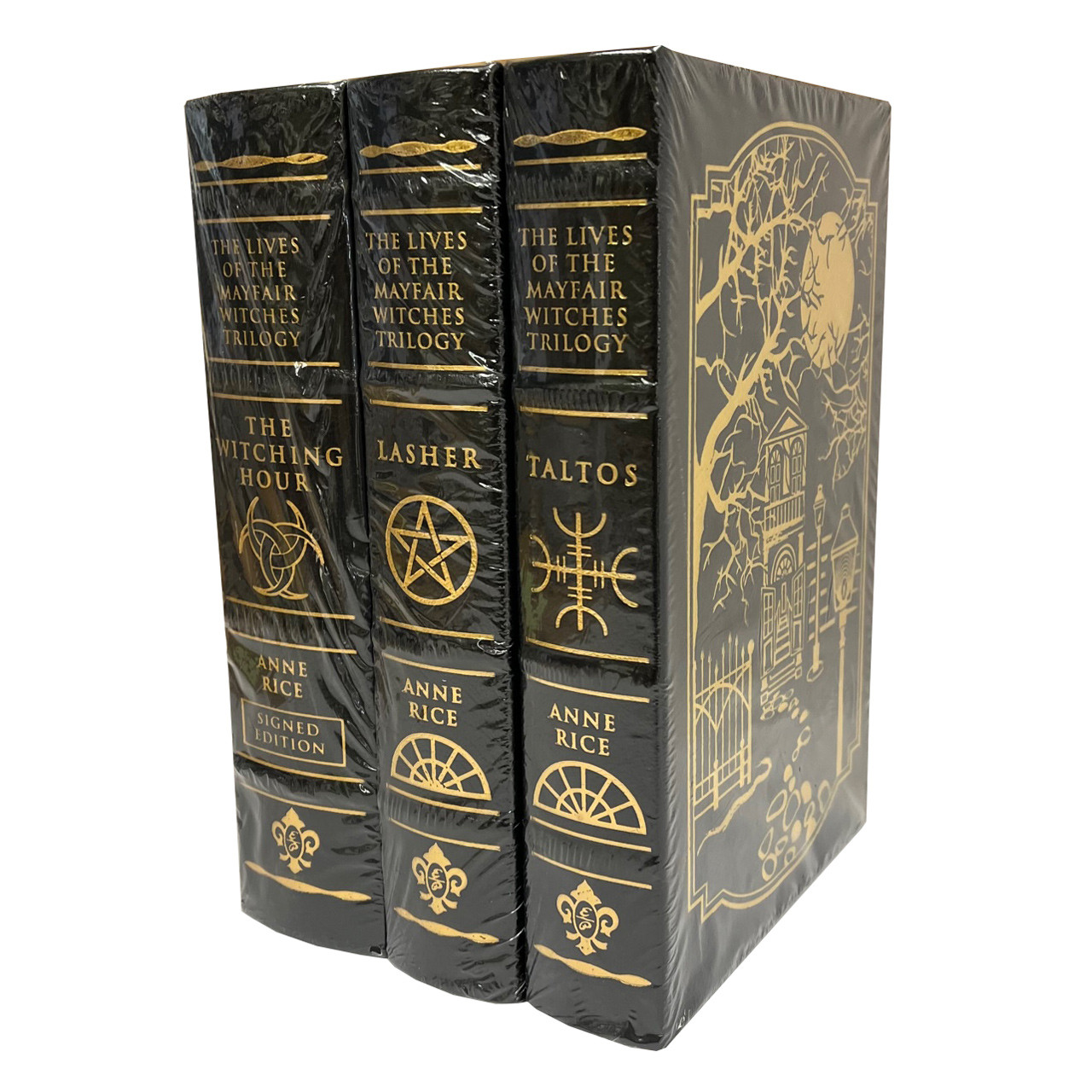 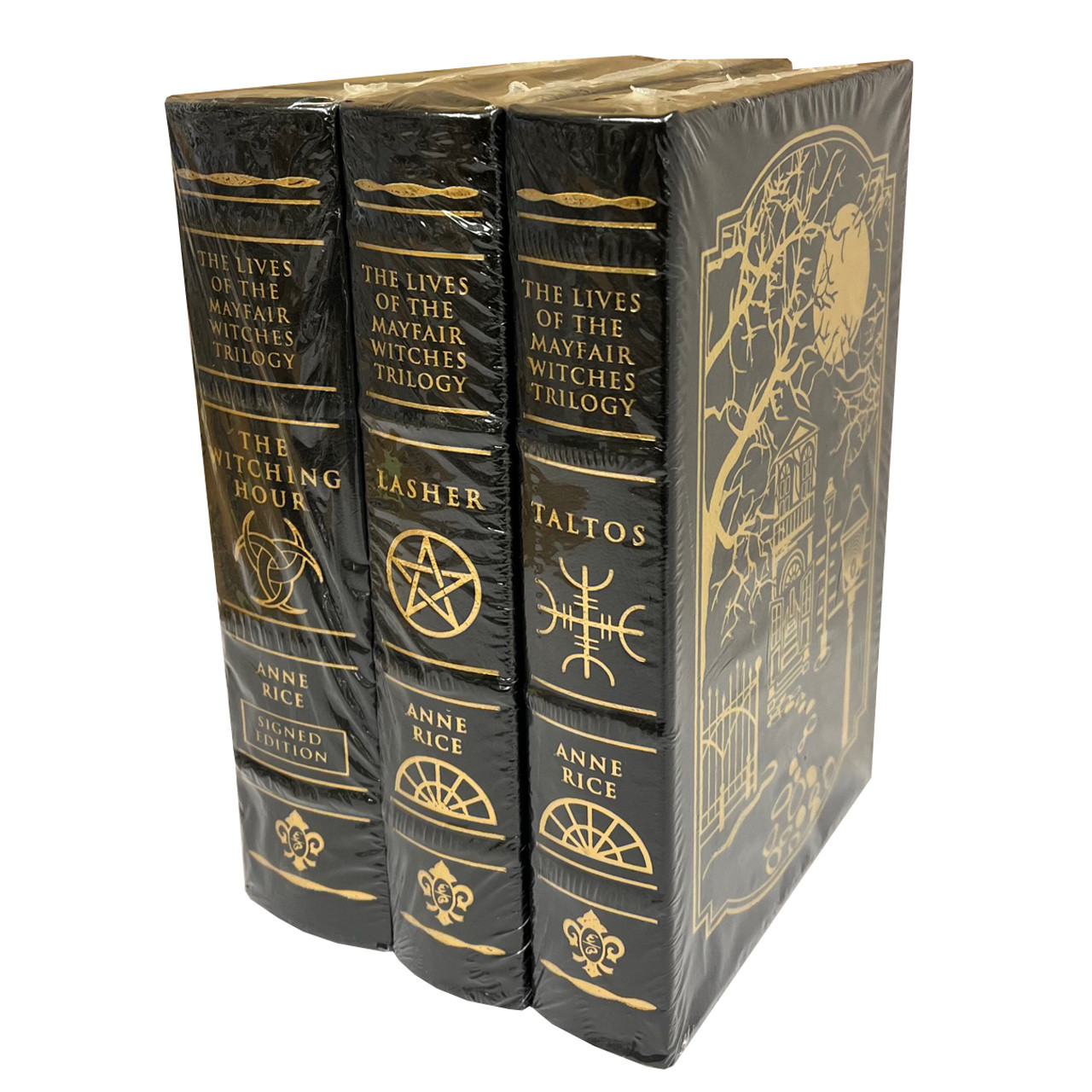 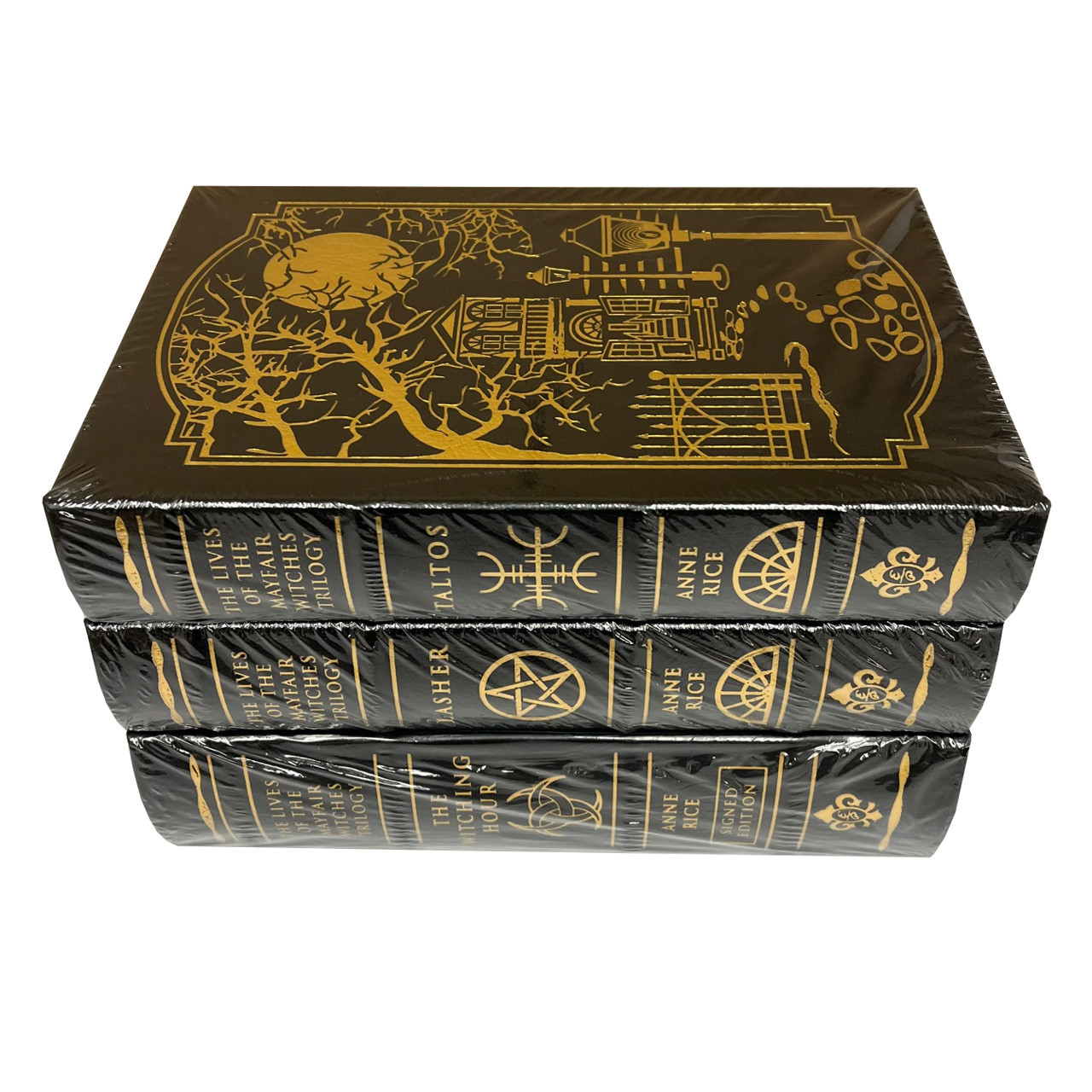 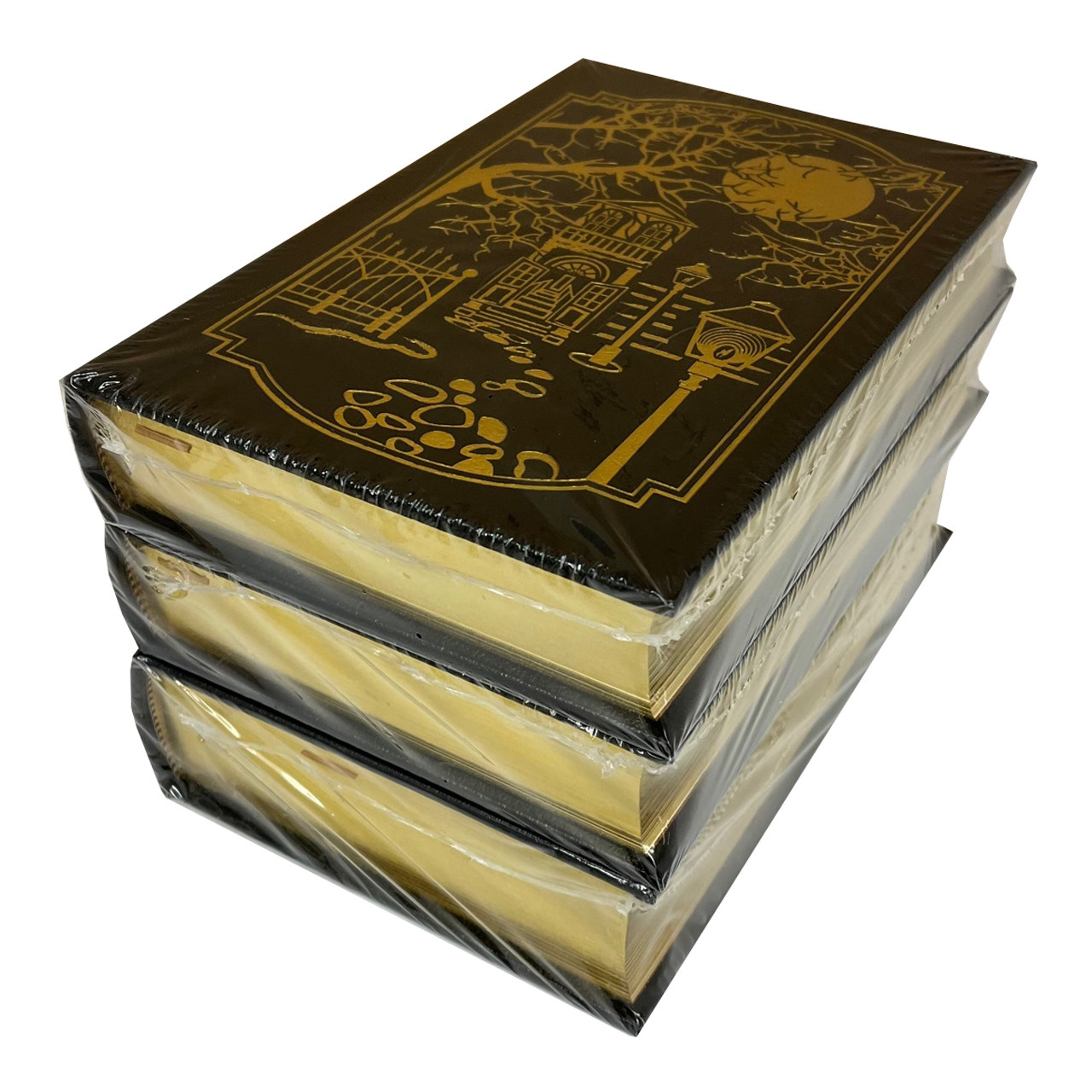 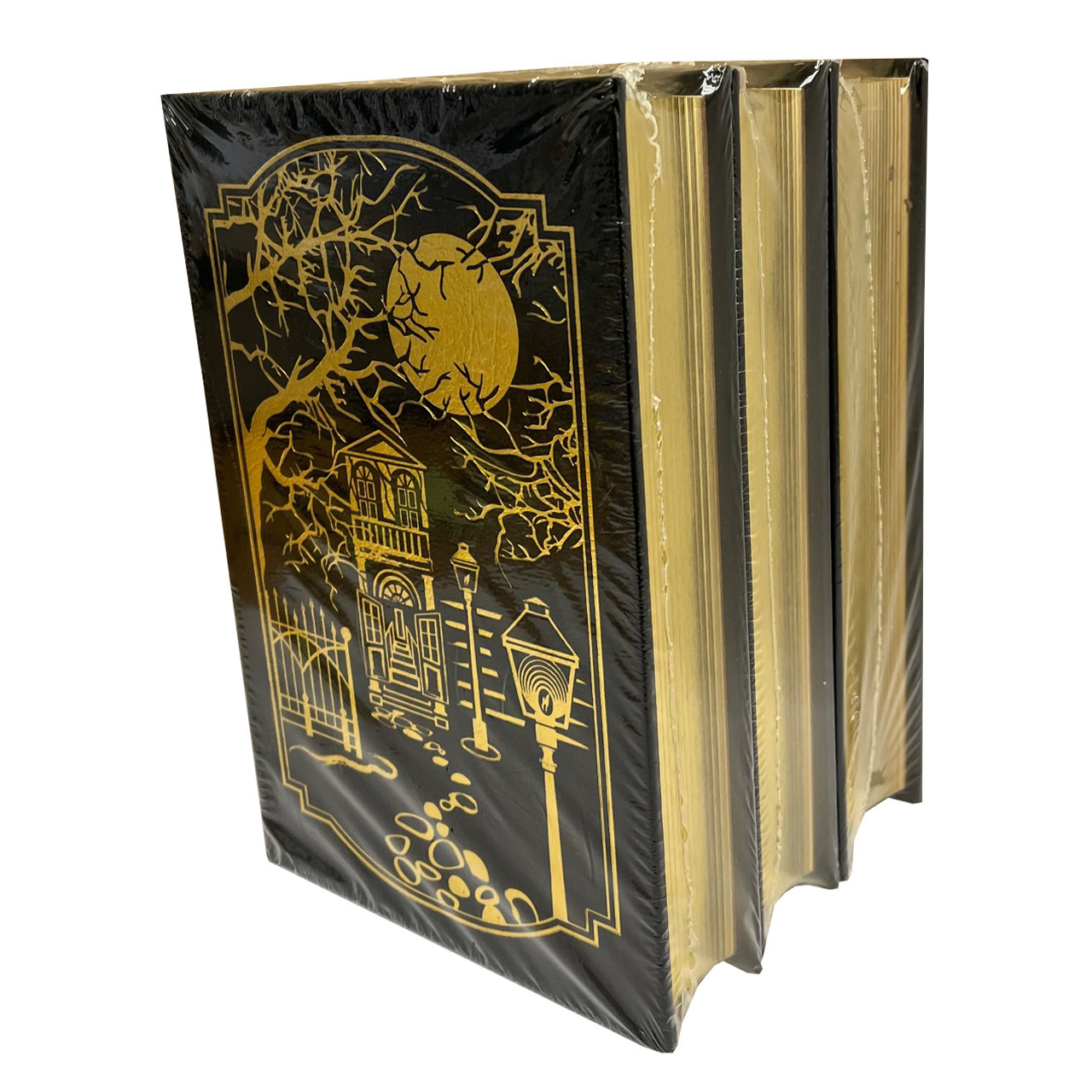 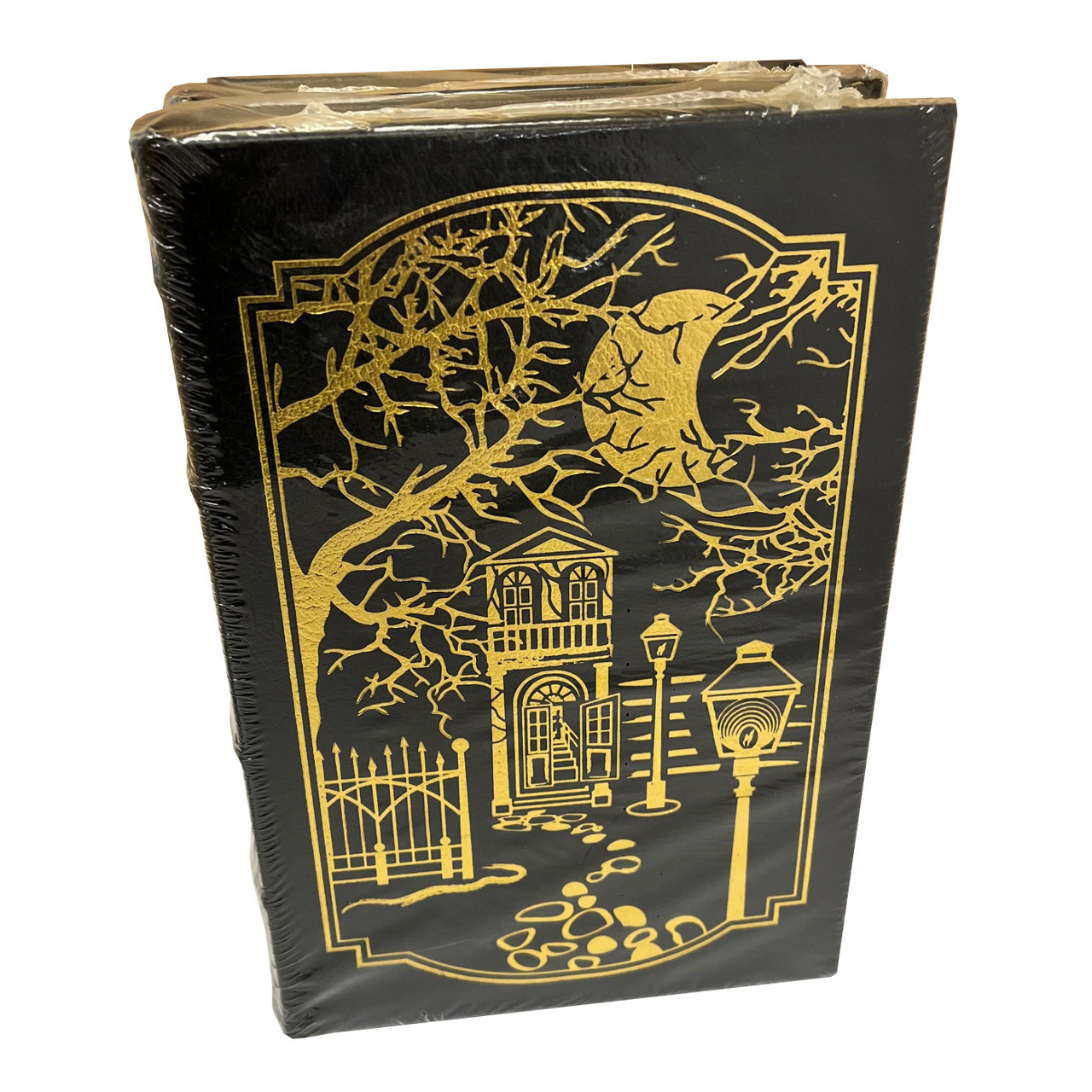 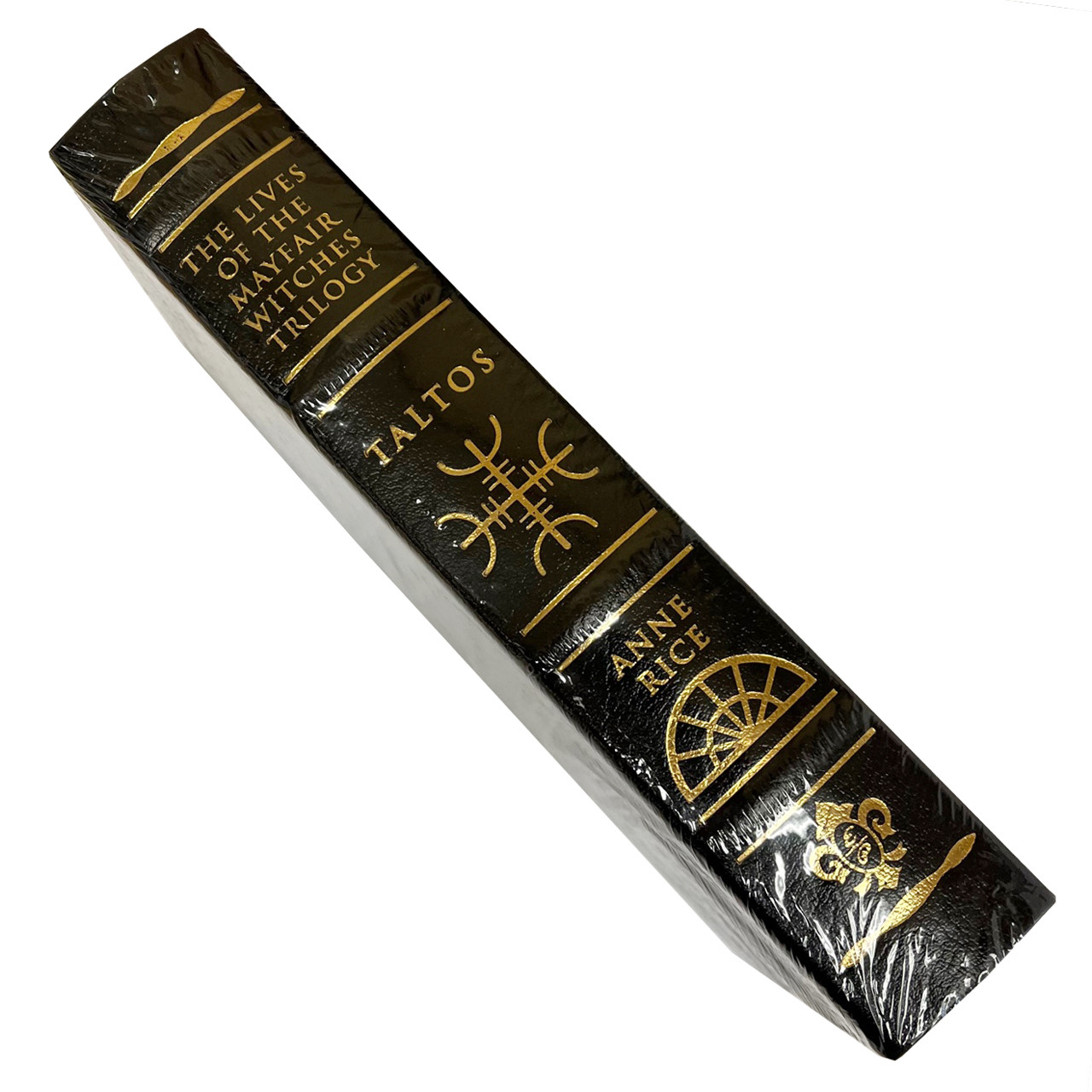 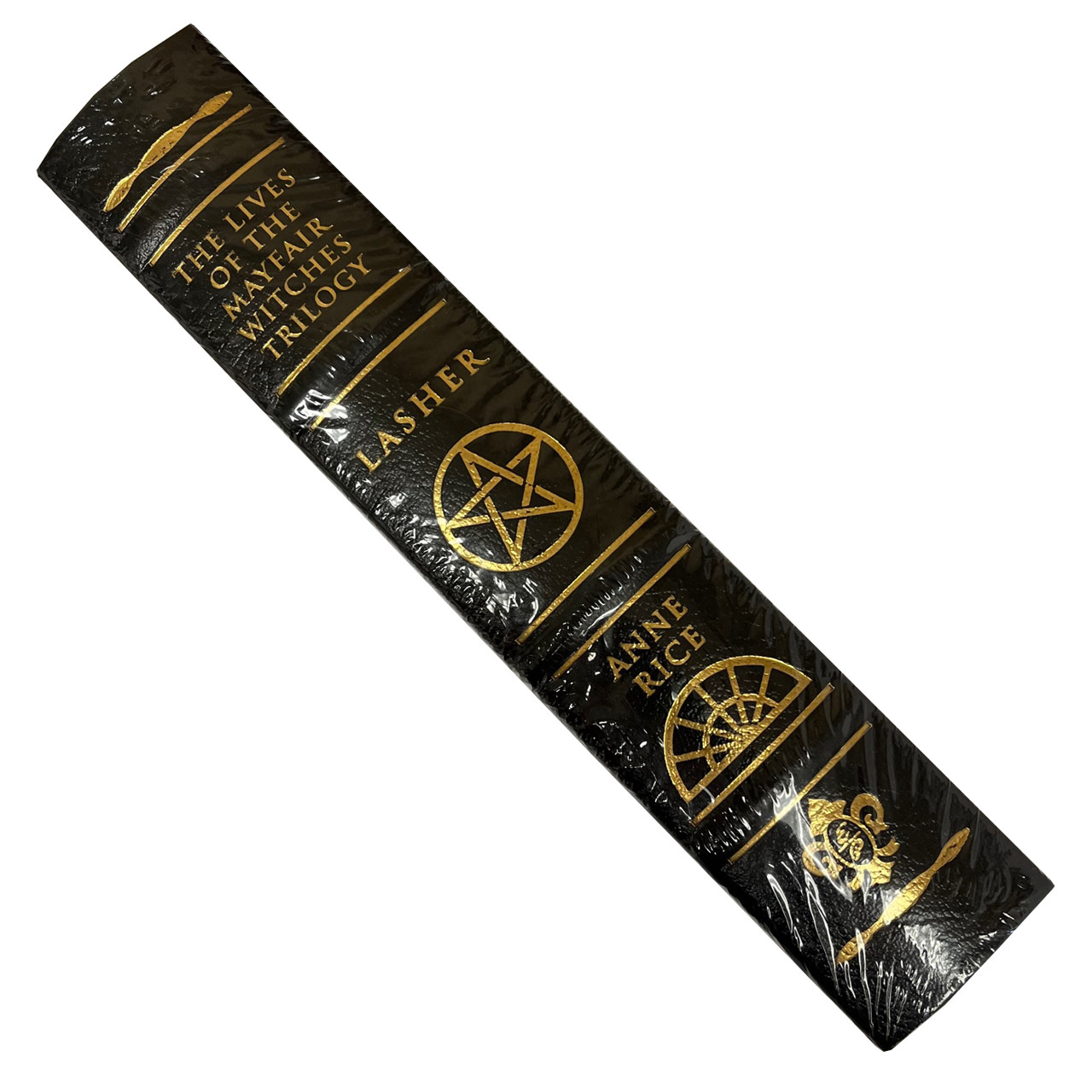 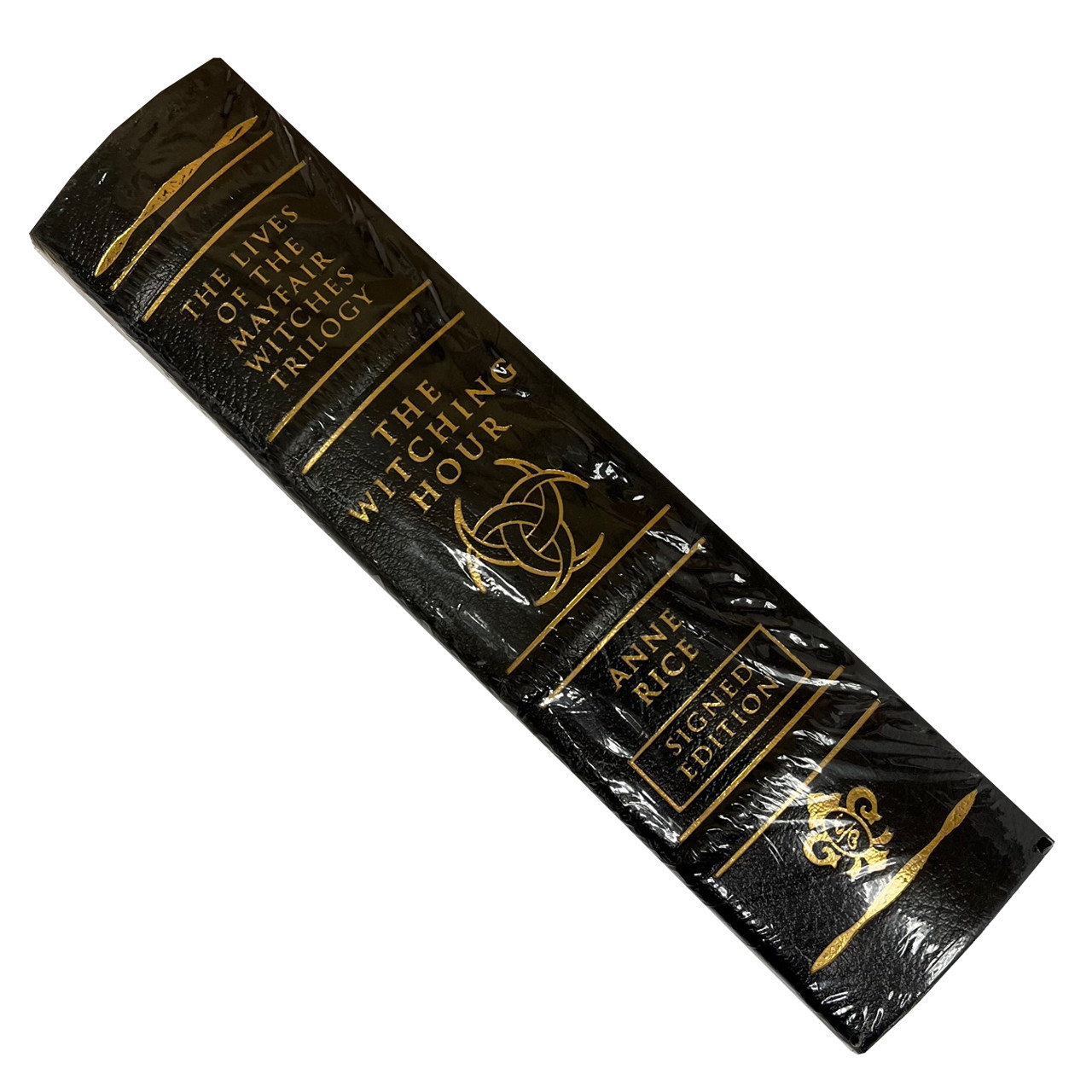 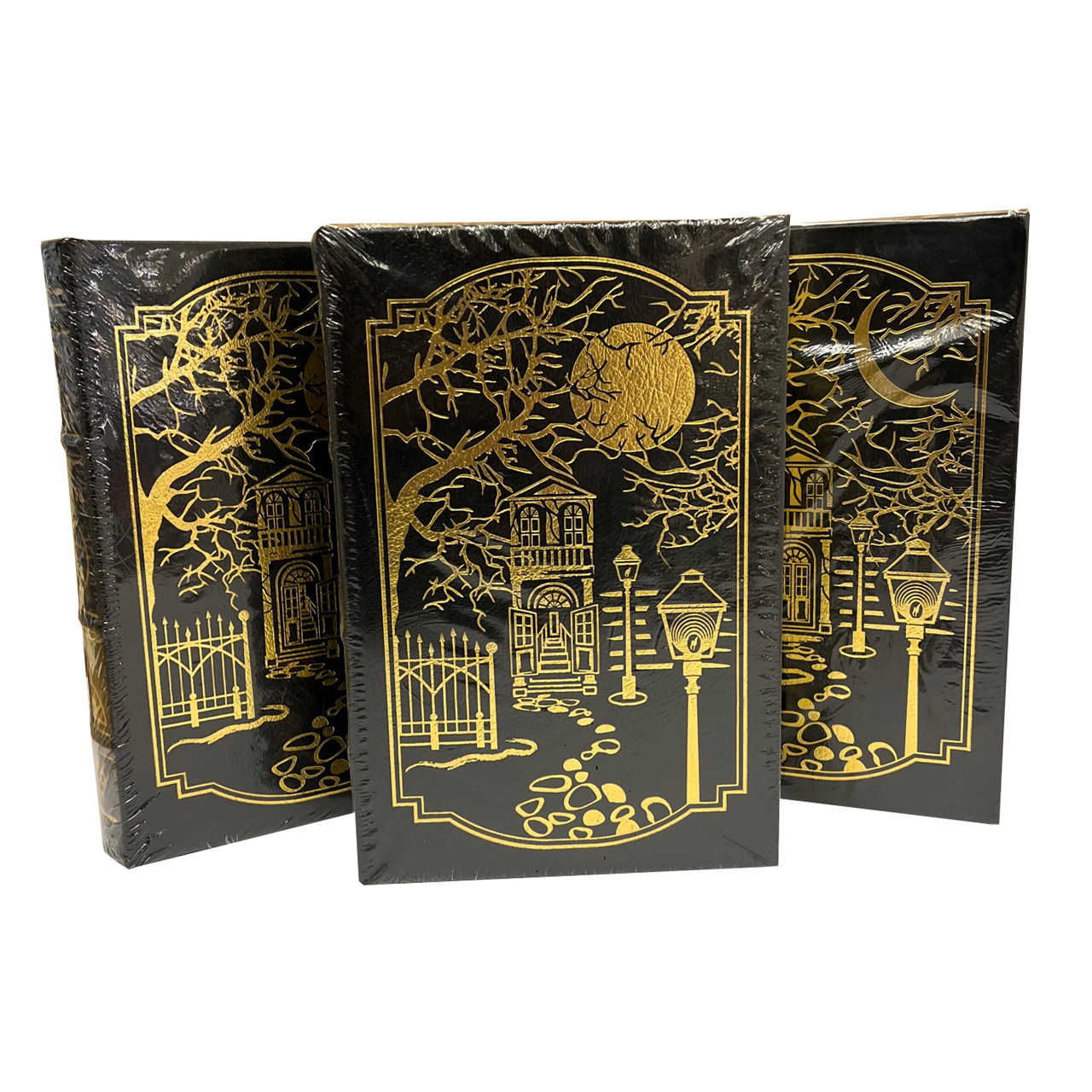 An enchanting, hypnotic trilogy of witchcraft, adventure, and romance from the beloved author of Interview with the Vampire and The Vampire Lestat, The Mayfair Witches is a wondrous journey through the centuries, across the globe, and between the human and demonic worlds. Now all three novels in Anne Rice’s spellbinding series have been collected for the first time in this stunning leather bound collector's set from Easton Press.

"The Witching Hour" Has Been Personally Signed by Anne Rice

Easton Press, Norwalk, CT. 2016. Anne Rice "The Lives Of The Mayfair Witches Trilogy" Signed Limited Edition. Leather bound collector's editions. Complete and matching three volume set. AS NEW. Sealed. Genuine black leather, 22KT Gold accents, moire fabric end-sheets and a permanent satin ribbon page marker. Luxuriously bound in full genuine leather. Uniform midnight black leather bindings, distinct cover designs with decorations. "The Witching Hour" has been personally signed by Anne Rice and includes the certificate of authenticity (COA).
Anne Rice was an American author of gothic fiction, Christian literature, and erotica. She is perhaps best known for her popular and influential series of novels, The Vampire Chronicles, revolving around the central character of Lestat. Books from The Vampire Chronicles were the subject of two film adaptations, Interview with the Vampire in 1994, and Queen of the Damned in 2002.
This rare set is now OUT OF PRINT from the publisher.
Three volume set in one shipment: 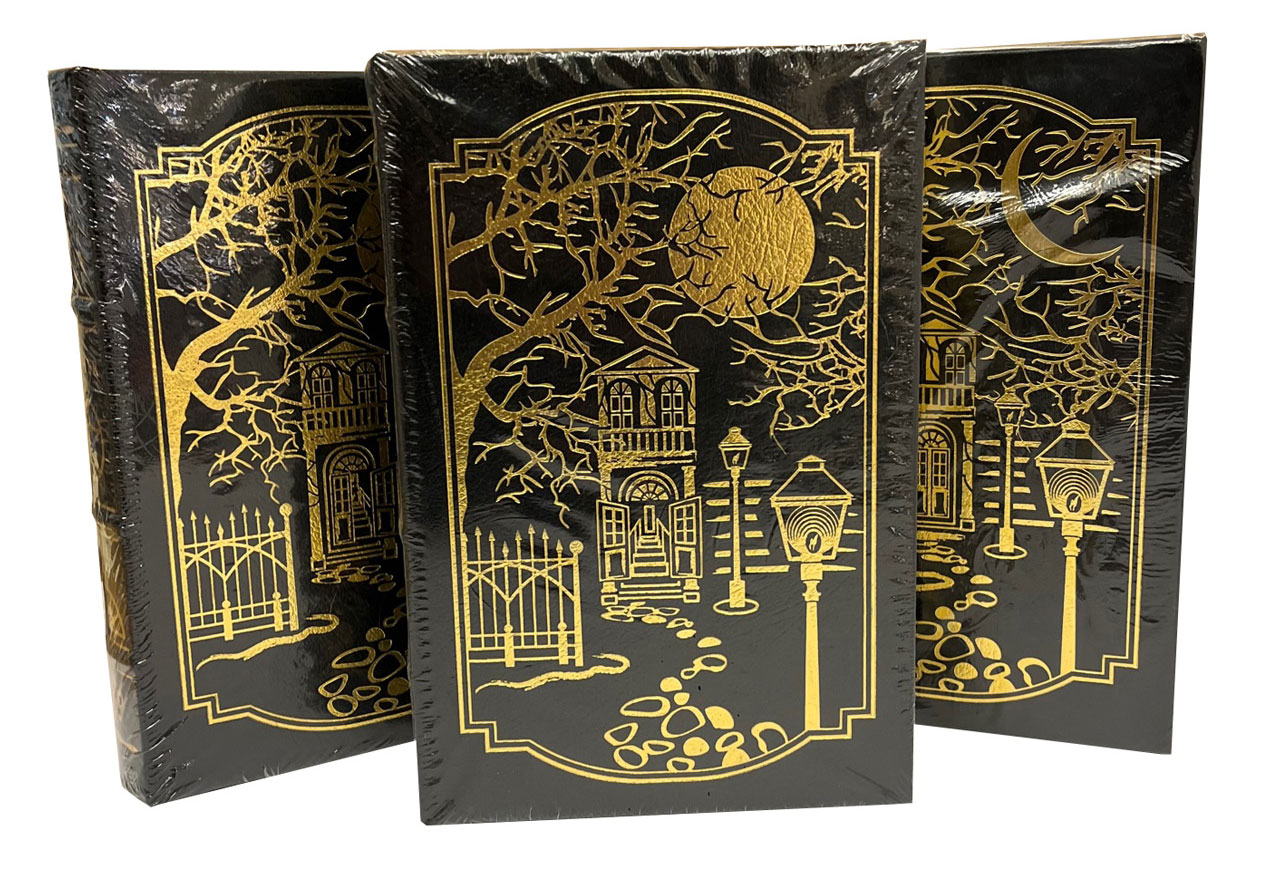 Lives Of The Mayfair Witches

Lives of the Mayfair Witches is a trilogy of supernatural horror/fantasy novels by American novelist Anne Rice. It centers on a family of witches whose fortunes have been guided for generations by a spirit named Lasher. The series began in 1990 with The Witching Hour, which was followed by the sequels Lasher (1993) and Taltos (1994). All three novels debuted at No. 2 on The New York Times Best Seller list.

Some characters from the trilogy cross over to Rice's The Vampire Chronicles, a series of gothic horror novels featuring the vampire Lestat de Lioncourt, specifically in Merrick (2000), Blackwood Farm (2002), and Blood Canticle (2003).

A television series adaptation, Mayfair Witches, will debut on AMC and AMC+ in January 2023.

From the author of the extraordinary Vampire Chronicles comes a huge, hypnotic novel of witchcraft and the occult through four centuries.

Demonstrating, once again, her gift for spellbinding storytelling and the creation of legend, Anne Rice makes real for us a great dynasty of witches--a family given to poetry and to incest, to murder and to philosophy; a family that, over the ages, is itself haunted by a powerful, dangerous, and seductive being.

On the veranda of a great New Orleans house, now faded, a mute and fragile woman sits rocking . . . and The Witching Hour begins.

It begins in our time with a rescue at sea. Rowan Mayfair, a beautiful woman, a brilliant practitioner of neurosurgery--aware that she has special powers but unaware that she comes from an ancient line of witches--finds the drowned body of a man off the coast of California and brings him to life. He is Michael Curry, who was born in New Orleans and orphaned in childhood by fire on Christmas Eve, who pulled himself up from poverty, and who now, in his brief interval of death, has acquired a sensory power that mystifies and frightens him.

As these two, fiercely drawn to each other, fall in love and--in passionate alliance--set out to solve the mystery of her past and his unwelcome gift, the novel moves backward and forward in time from today's New Orleans and San Francisco to long-ago Amsterdam and a château in the France of Louis XIV. An intricate tale of evil unfolds--an evil unleashed in seventeenth-century Scotland, where the first "witch," Suzanne of the Mayfair, conjures up the spirit she names Lasher . . . a creation that spells her own destruction and torments each of her descendants in turn.

From the coffee plantations of Port au Prince, where the great Mayfair fortune is made and the legacy of their dark power is almost destroyed, to Civil War New Orleans, as Julien--the clan's only male to be endowed with occult powers--provides for the dynasty its foothold in America, the dark, luminous story encompasses dramas of seduction and death, episodes of tenderness and healing. And always--through peril and escape, tension and release--there swirl around us the echoes of eternal war: innocence versus the corruption of the spirit, sanity against madness, life against death. With a dreamlike power, the novel draws us, through circuitous, twilight paths, to the present and Rowan's increasingly inspired and risky moves in the merciless game that binds her to her heritage. And in New Orleans, on Christmas Eve, this strangest of family sagas is brought to its startling climax.

"EROTIC...EERIE...HORRIFYING...A tight tale of the occult in present-day New Orleans...Anne Rice is a spellbinding novelist....LASHER quenches".
-- Denver Post
Lasher (1993) by Anne Rice, is the second novel in her series Lives of the Mayfair Witches and is in not a part of the vampire chronicles.
The novel begins shortly after the mysterious disappearance of Dr. Rowan Mayfair, recently married to contractor Micheal Curry. Michael, feeling betrayed by Rowan, has sunk into a depression helped along by the useless drugs prescribed to him after his close encounter with death.

When Ashlar learns that another Taltos has been seen, he is suddenly propelled into the haunting world of the Mayfair family, the New Orleans dynasty of witches forever besieged by ghosts, spirits, and their own dizzying powers. For Ashlar knows this powerful clan is intimately linked to the heritage of the Taltos.

In a swirling universe filled with death and life, corruption and innocence, this mesmerizing novel takes us on a wondrous journey back through the centuries to a civilization half-human, of wholly mysterious origin, at odds with mortality and immortality, justice and guilt. It is an enchanted, hypnotic world that could only come from the imagination of Anne Rice . . .

“Taltos is the third book in a series known as the lives of the Mayfair witches. . .Their haunted heritage has brought the family great wealth, which is exercised from a New Orleans manse with Southern gentility; but of course such power cannot escape notice . . . or challenge . . . Rice is a formidable talent. . . . [Taltos] is a curious amalgam of gothic, glamour fiction, alternate history, and high soap opera.”—The Washington Post Book World

“Anne Rice will live on through the ages of literature.”—San Francisco Chronicle

“Her power of invention seems boundless. . . . She has made a masterpiece of the morbid, worthy of Poe’s daughter. . . . It is hard to praise sufficiently the originality of Miss Rice.”—The Wall Street Journal 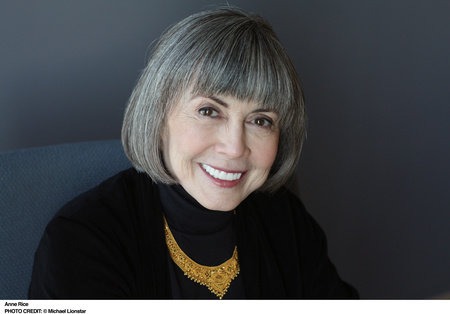 Very Fine Guaranteed without any visible flaws. Each volume is sealed. The corners are sharp and not bumped. Same condition as if normally shipped by Easton Press.