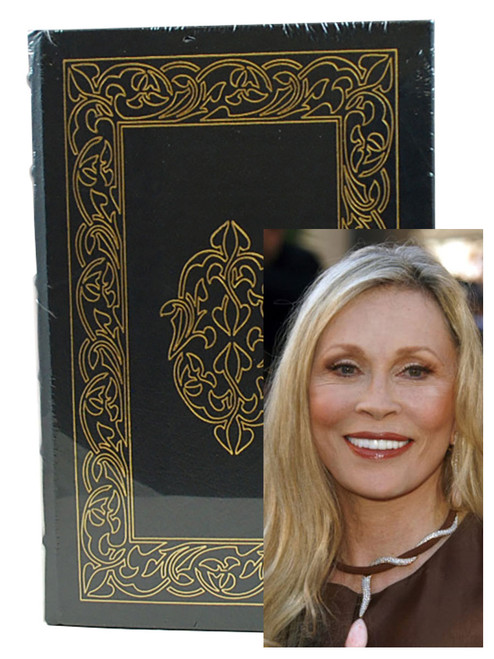 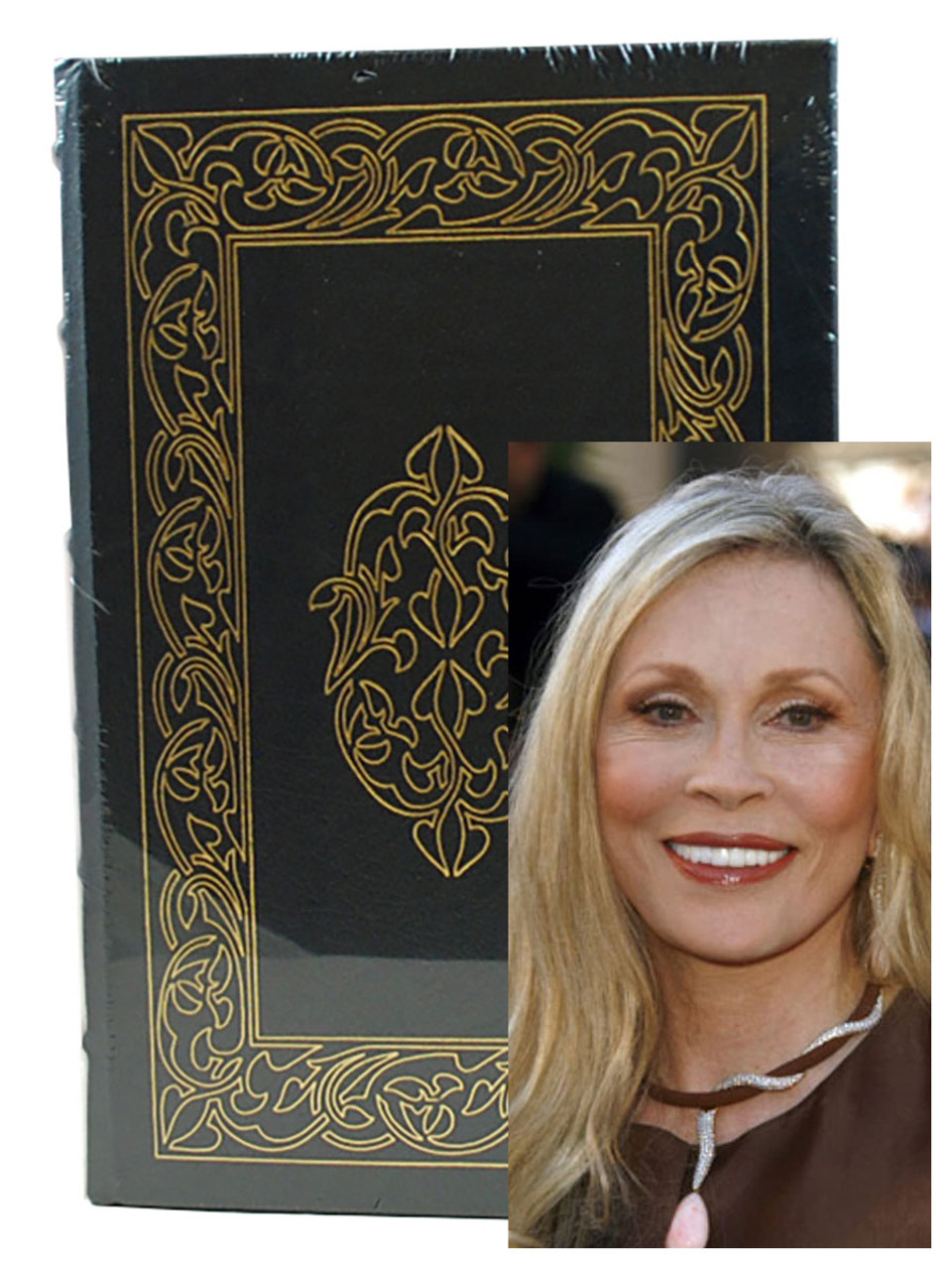 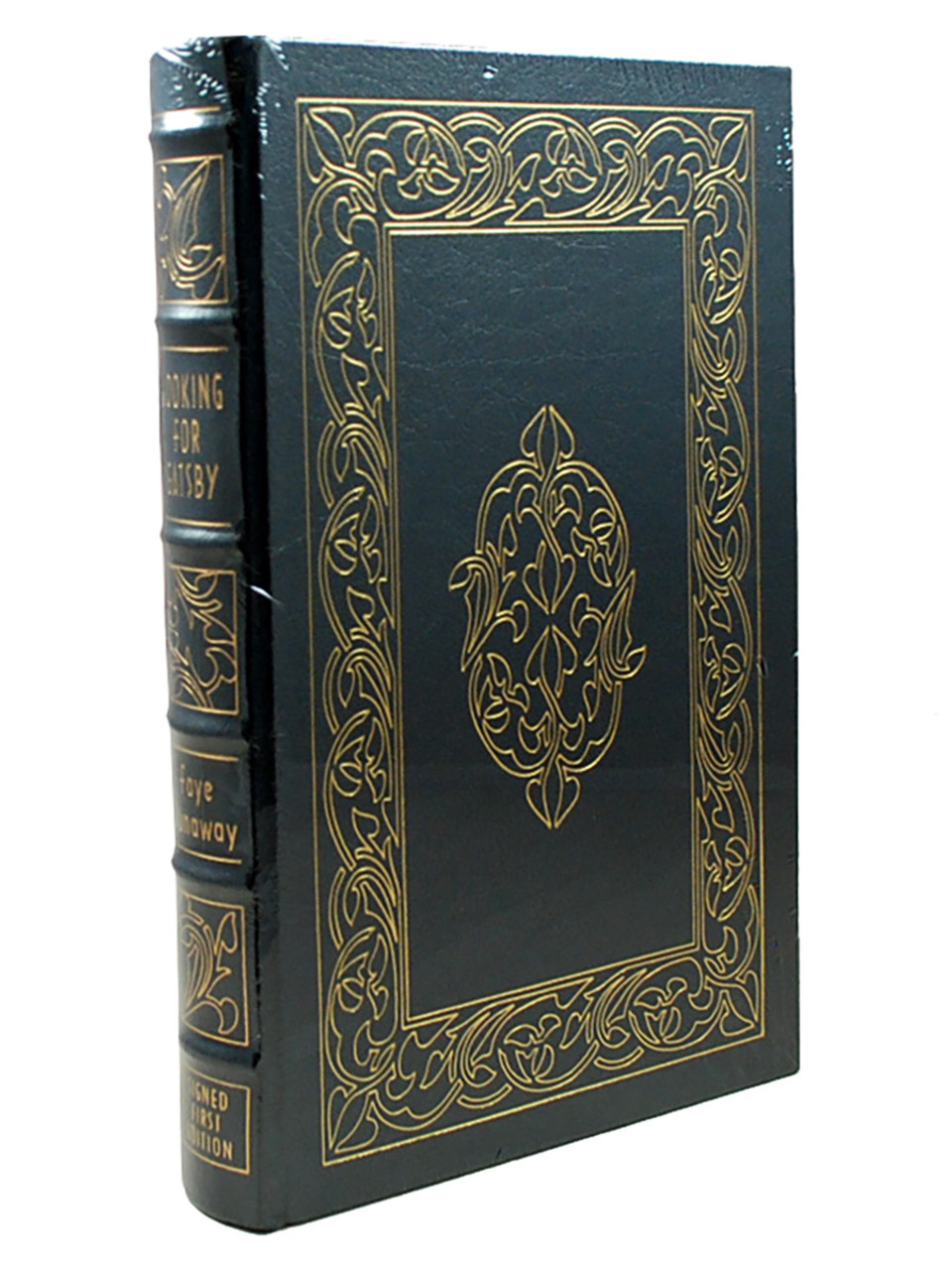 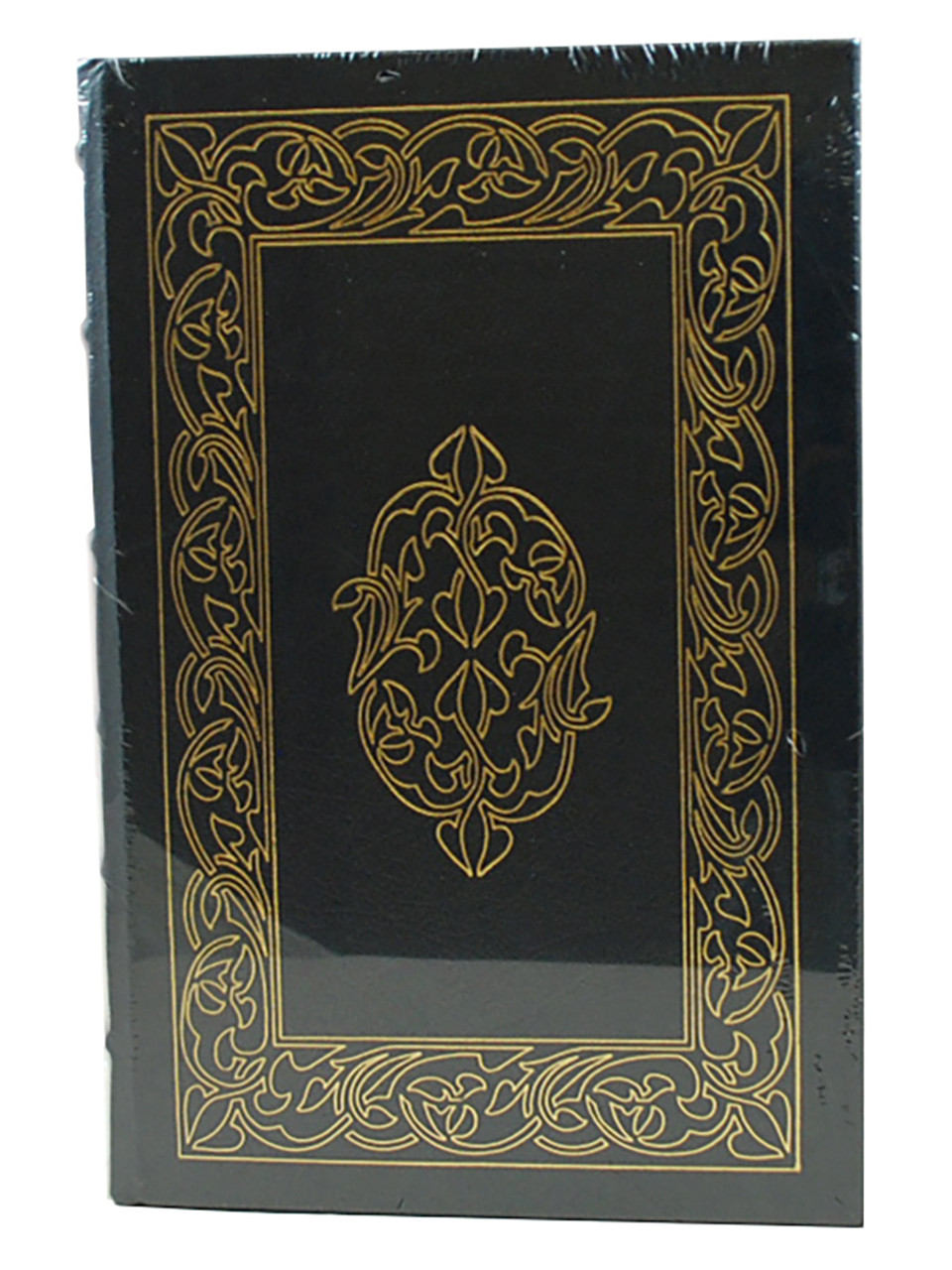 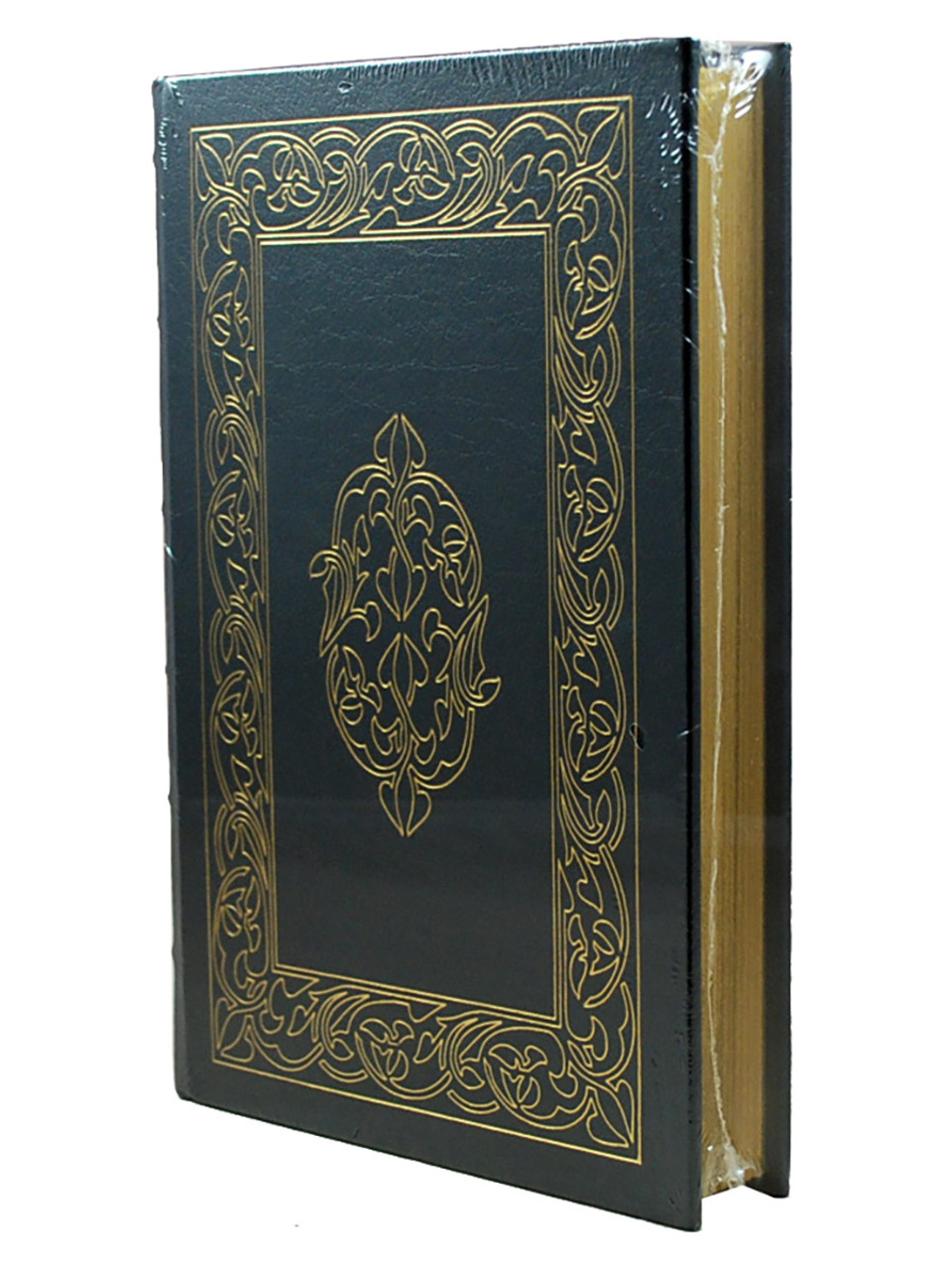 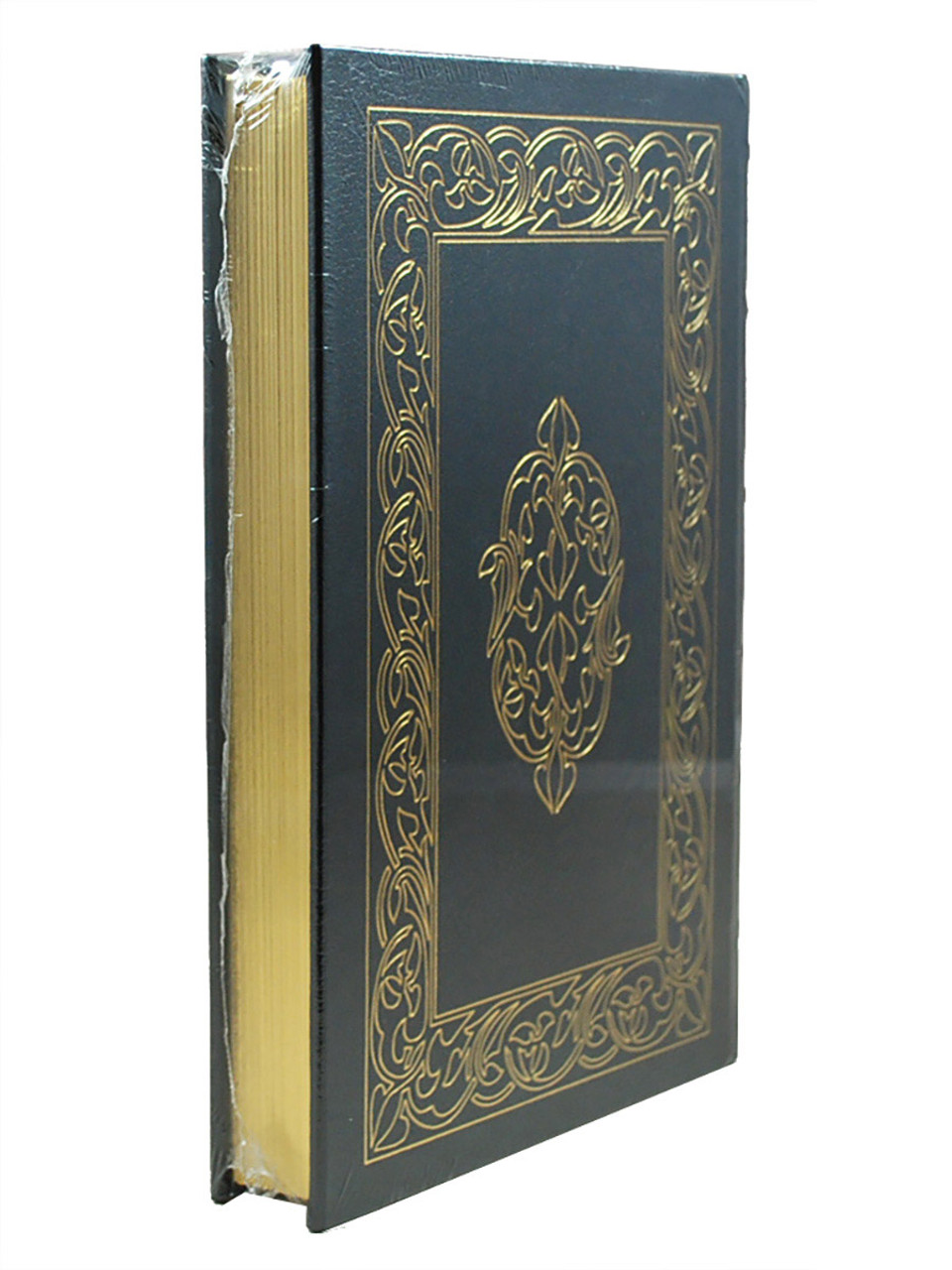 In an "intelligent, take-no-prisoners memoir" (Entertainment Weekly), Academy Award-winning actress Faye Dunaway writes candidly of her life, including her many affairs, her two marriages, her professional success, and her poignant failures.

Christened "Dorothy Faye Dunaway" by parents Grace, a homemaker, and John Dunaway, an Army sergeant (making Dunaway an "army brat"), Dunaway dropped the "Dorothy" when she began acting. She studied at the theater department of Boston University, where she was a member of Pi Beta Phi fraternity for women. She is a graduate of the University of Florida. 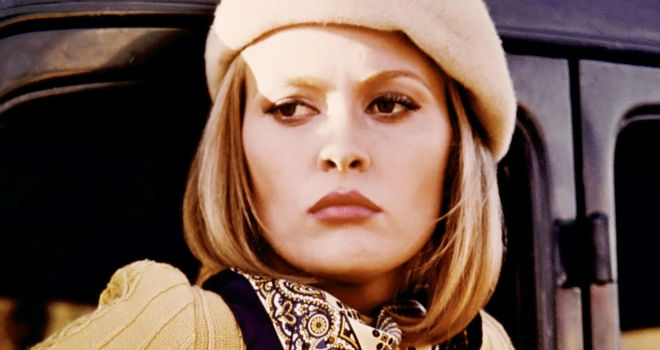 Actress Faye Dunaway had a peripatetic childhood, bounced from Florida's flatlands to Germany, Texas, Utah and back to Florida with a philandering army sergeant father and a mother who instilled in her a desire to be the best. Born Dorothy Faye, the struggling Broadway actress became a film star overnight in the mid-1960s. Through two marriages - to J. Geils Band lead singer Peter Wolf, then to her manager, film producer Terry O'Neill - and through love affairs with actor Marcello Mastroianni, director Jerry Schatzberg and others, Dunaway struggled to balance her career and personal life and to overcome emotional patterns set during her rootless girlhood, which taught her "not to care too deeply." "In many ways," she writes, her father, John MacDowell Dunaway, "was my Gatsby....It's my love that transforms him....They say when Gatsby smiles at you, you feel as if he believes in you just as you would like to believe in yourself." For all its moments of disarming candor, this star-studded autobiography (written with New York Times Los Angeles correspondent Sharkey) remains a self-conscious, guarded performance. Copyright 1995 Reed Business Information, Inc.

Dunaway sheds her cool public persona in this candid autobiography. Her enduring professonal career on stage, in film, and on TV mirrors fragments of the histories of Broadway and Hollywood. From her bleak childhood of poverty in the Florida Panhandle to stardom, one realizes why she succeeds while playing characters who broke new ground and women who control their own destinies in Bonnie and Clyde, Barfly, Network, Cold Sassy Tree, and more. Beneath her sophistication, intelligence, and aloofness, there is a perfectionist with fear and vulnerability. Her failed marriages and broken relationships to artistic, unavailable men stem from her early, unstable military family life with an unfaithful, absentee father. She speaks warmly of her mentor, Bill Alfred, and such costars as Marlon Brando and Warren Beatty, but spares nothing in her deep resentment toward Otto Preminger, Roman Polanski, and Bette Davis. At age 55, she finds her Gatsby within herself. While rambling at times, this is as a whole an excellent actor's autobiography. - Ming-ming Shen Kuo, Ball St. Univ., Muncie, Ind. Copyright 1995 Reed Business Information, Inc.

Dorothy Faye Dunaway (born January 14, 1941) is an American actress. She has won an Academy Award, three Golden Globes, a BAFTA, and an Emmy, and was the first recipient of a Leopard Club Award that honors film professionals whose work has left a mark on the collective imagination. In 2011, the government of France made her an Officer of the Order of Arts and Letters.

Her career began in the early 1960s on Broadway. She made her screen debut in the 1967 film The Happening, and rose to fame that same year with her portrayal of outlaw Bonnie Parker in Arthur Penn's Bonnie and Clyde, for which she received her first Academy Award nomination. Her most notable films include the crime caper The Thomas Crown Affair (1968), the drama The Arrangement (1969), the revisionist western Little Big Man (1970), an adaptation of the Alexandre Dumas classic The Three Musketeers (1973), the neo-noir mystery Chinatown (1974), for which she earned her second Oscar nomination, the action-drama disaster The Towering Inferno (1974), the political thriller Three Days of the Condor (1975), the satire Network (1976), for which she won an Academy Award for Best Actress, and the thriller Eyes of Laura Mars (1978).

Her career evolved to more mature and character roles in subsequent years, often in independent films, beginning with her controversial portrayal of Joan Crawford in the 1981 film Mommie Dearest. Other notable films in which she has appeared include Barfly (1987), The Handmaid's Tale (1990), Arizona Dream (1994), The Twilight of the Golds (1997), Gia (1998) and The Rules of Attraction (2002). Dunaway also performed on stage in several plays including A Man for All Seasons (1961-63), After the Fall (1964), Hogan's Goat (1965-67), A Streetcar Named Desire (1973) and was awarded the Sarah Siddons Award for her portrayal of opera singer Maria Callas in Master Class (1996).

She is protective of her private life, rarely gives interviews, and makes very few public appearances. After romantic relationships with Jerry Schatzberg and Marcello Mastroianni, Dunaway married twice, first singer Peter Wolf and then photographer Terry O'Neill, with whom she had a son, Liam. 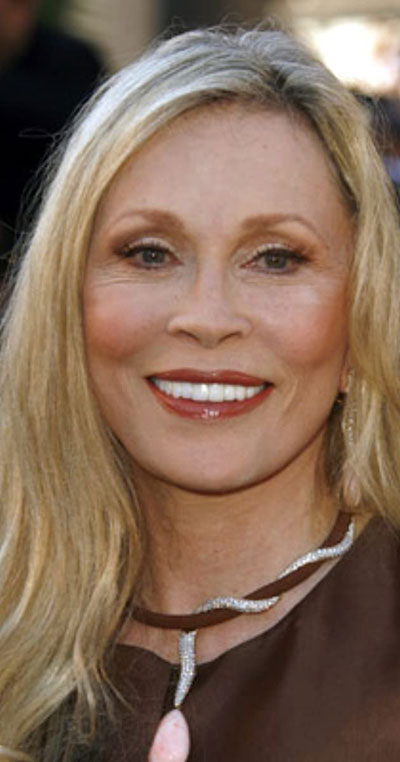 She appeared on Broadway in 1962 as the daughter of Thomas More in A Man for All Seasons.

Her first screen role was in 1967 in Hurry Sundown, but that same year, she got the leading female role in Bonnie and ClydeWarren Beatty) which garnered her an Oscar nomination. (opposite

It was in the 1970s that she began to stretch her acting muscles in such films as Three Days of the Condor, Little Big Man, Chinatown, Eyes of Laura Mars, and Network, for which she won the Academy Award for Best Actress as the scheming TV executive Diana Christensen.

In the 1980s, although her performances did not waver, the parts grew less compelling. Dunaway would later blame Mommie Dearest (1981) for ruining her career as a leading lady. "I was too good at Crawford," she was often quoted as saying.

She played an alcoholic in Barfly (opposite Mickey Rourke). In a later movie, Don Juan DeMarco (1995), Dunaway co-starred with Johnny Depp and Marlon Brando.

Romantically linked to a series of men ranging from the comedian Lenny Bruce to actor Marcello Mastroianni, Dunaway has been married twice. Her first husband, from 1974 until 1979, was Peter Wolf, the lead singer of the rock group the J. Geils Band. Her second, from 1984 until 1987, was Terry O'Neill, a celebrated British photographer; they had one child, Liam O'Neill (born 1980). In 2003, however, O'Neill revealed that his son with Dunaway was adopted, not biological, though the actress had long maintained the opposite.

Dunaway is a convert to Roman Catholicism.

She served as a judge on the 2005 reality show The Starlet, which sought, American Idol-style, to find the next young actress with the potential to become a major star.

In an angry February 27, 2006 voice mail message (which was widely circulated on the Internet) to the producer of a documentary of her life, Dunaway complained about the inclusion of an interview of her ex-husband O'Neill, who she called "a big, big liar" and "a man I will not even waste my time discussing" in her own interview for the film. She also insisted that references to "the Lloyd Webber stupidity" be taken out, referring to Dunaway's alleged 1994 firing from the Los Angeles production Sunset Boulevard (musical) by composer Andrew Lloyd Webber. She also expressed anger that there was no mention that she'd worked with "the wonderful Marlon Brando", and that her film Arizona Dream (referred to as "the Kusturica film") which she "was brilliant in," was "not well sold in this country" despite that it was "the hit of all Europe and Cannes." She was unhappy that no mention was made in the documentary about her work in the 1993 drama or in Don Juan DeMarco, which also co-starred Johnny Depp. She also said she wanted to "really trim down everything to do with that Mommie Dearest (film). I'm not going to talk about it; maybe one thing I'm going to say about it and that's all."[1]

Dunaway has a star on the Hollywood Walk of Fame at 7021 Hollywood Boulevard which was awarded on October 2, 1996.

Very Fine Guaranteed. Sealed without any flaws. This is a wonderful bright clean copy. without any markings, writings, or stampings. No bookplates attached. No discoloration to gold design pattern. The corners are sharp and perfect.