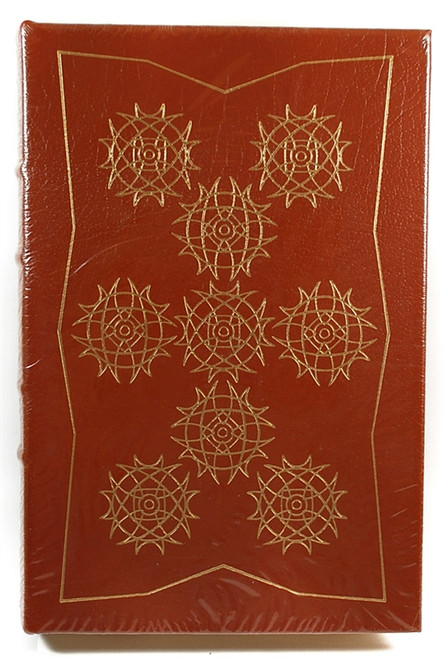 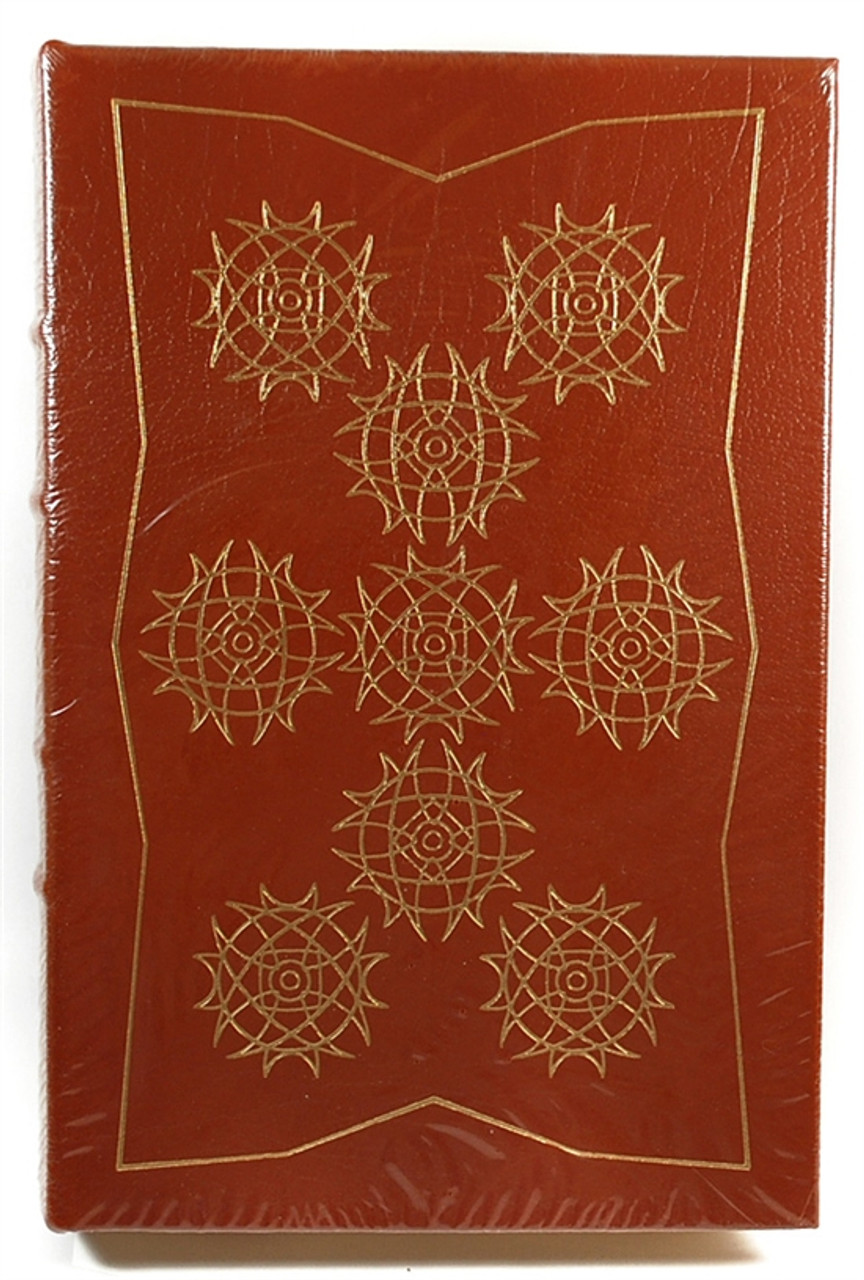 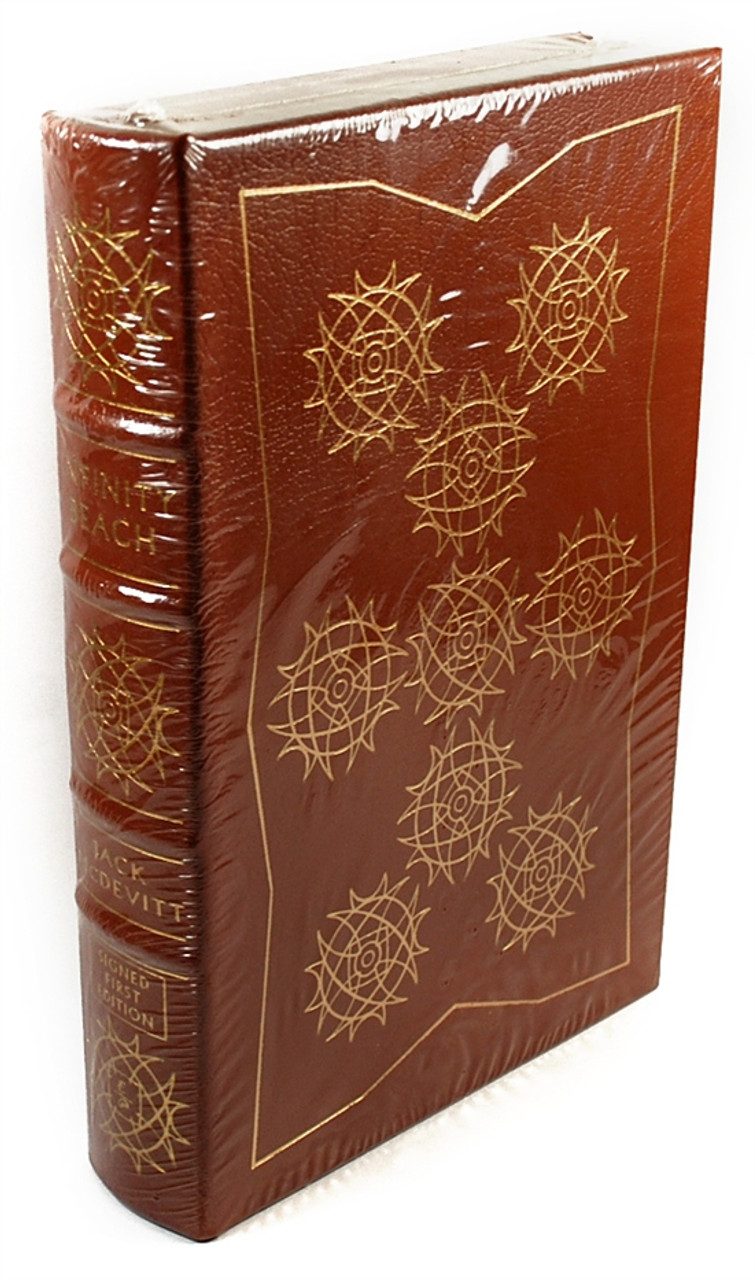 A numbered volume, one of only 1,075 copies signed by the author. Still in publisher's shrink wrap.

Easton Press. Norwalk, CT. 2000. SIGNED BY AUTHOR. Signed First Edition - Limited Collector's Edition. A great unique gift for yourself or for a loved one. A luxurious leather bound masterpiece from the Signed First Edition of Science Fiction collection by Easton Press. Beautifully illustrated and bound in full genuine leather. One of the most celebrated works of science fiction literature by a historical writer. A rare signed first edition for the discerning collector.

Condition:As New. Sealed. Without any flaws. A wonderful bright clean copy. Unread book with no bumped corners. Sharp corners. No marks, writings or stamps. All photos of actual book.

About
We are alone.

That is the verdict, after centuries of SETI searches and space exploration. The only living things in the Universe are found on the Nine Worlds settled by Earthlings, and the starships that knit them together.

No life has been found. No intelligent aliens, no strange ecologies, no awesome civilizations. Not even an amoeba, a lichen, a germ. The Universe is as sterile as a laboratory that was used only once.

Or so it seems, until Dr. Kimberly Brandywine undertakes to find out what happened to her sister (and clone) Emily, who, after the final, unsuccessful manned SETI expedition, disappeared along with four others--one of them a famous war hero. But they were not the only ones to vanish: so did an entire village, destroyed by a still-unexplained explosion.

Following a few ominous clues (including a model of a starship that never existed) Kim discovers that the log of the ill-fated Hunter was faked. Something happened, out there in the darkness between the stars. Someone was murdered--and something was brought back. Something that still leaves ghostly traces in the night.

Kim is about to discover the answer to life's oldest question. And she's going to like the answer even less than she imagines.

With his trademark ingenuity, scientific audacity, and narrative energy, Jack McDevitt has penned a mystery in which humankind is the detective--and the universe itself is the corpse. Infinity Beach takes usinto the strange, yet strangely familiar, civilization of our own far future--and into the heart of a bold woman whose search for her family's secret leads her to the greatest discovery of all time.

About the author
Jack McDevitt (born 1935) is an American science fiction author whose novels frequently deal with attempts to make contact with alien races, and with archaeology or xenoarchaeology. McDevitt's novels frequently raise questions which he does not attempt to answer. He prefers to leave ambiguities to puzzle and intrigue his readers: "Some things are best left to the reader's very able imagination." His novel Seeker won the 2006 Nebula Award for Best Novel, given by the Science Fiction and Fantasy Writers of America. He has been nominated for the Nebula Award fifteen times; Seeker is his only win.

Personally hand signed by Jack McDevitt on a special limitation page.One of only 900 copies signed by the author, a stunning volume with original frontispiece artwork by Dennis Lyall.Easton Press...

Personally hand signed by Jack Dann on a special limitation page.One of only 1250 copies signed by the author, a stunning volume with original frontispiece artwork by Jill Bauman and an introduction...