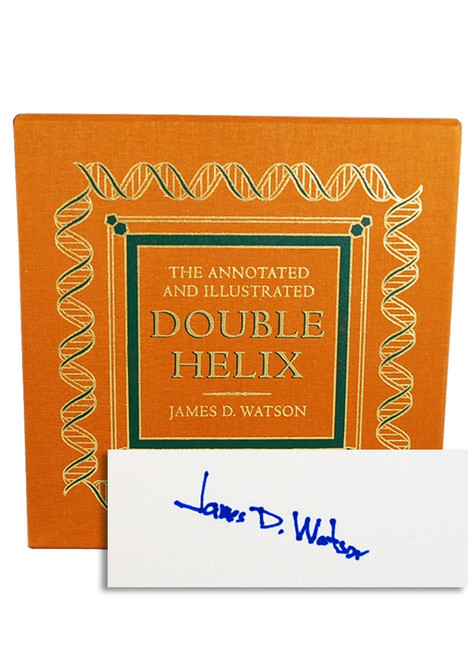 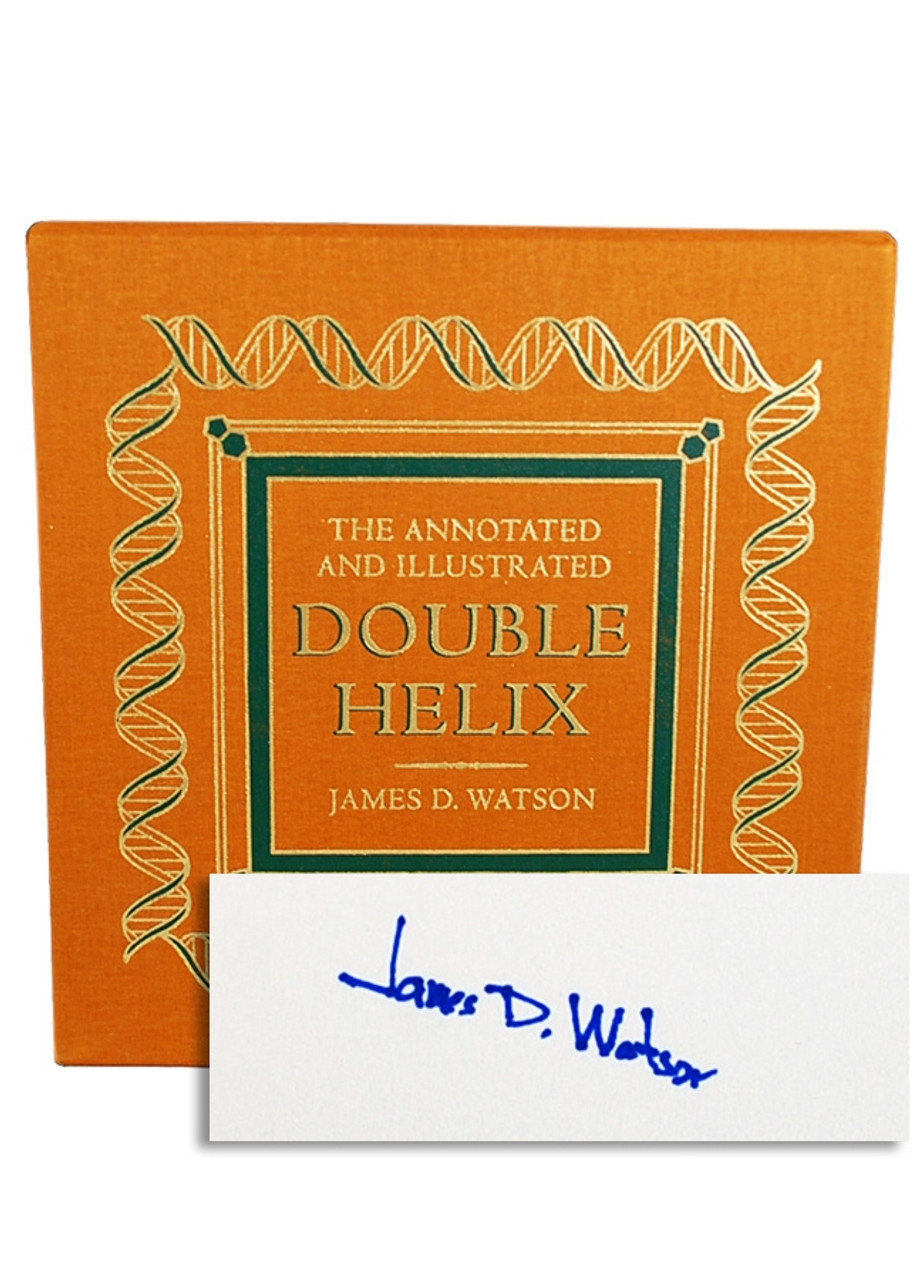 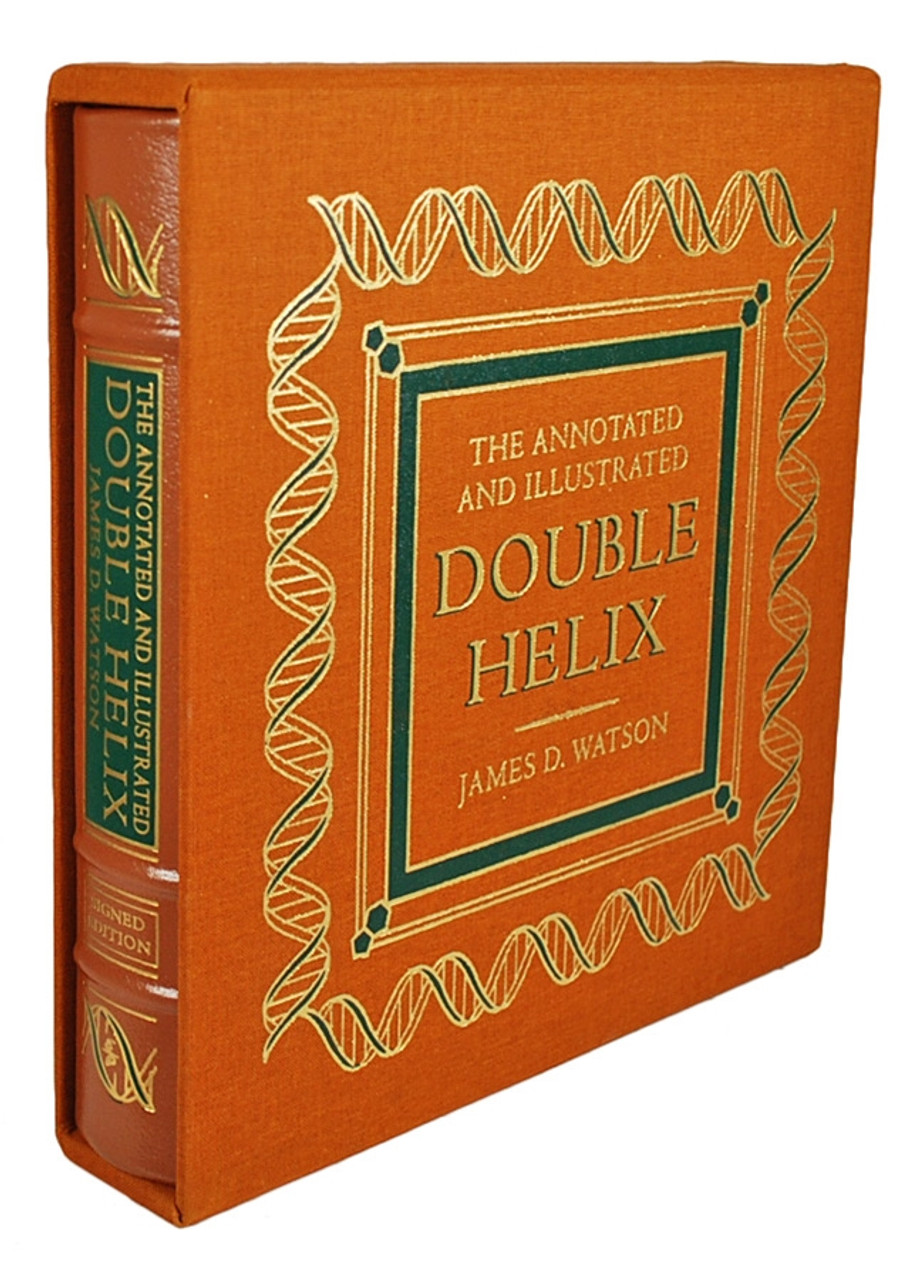 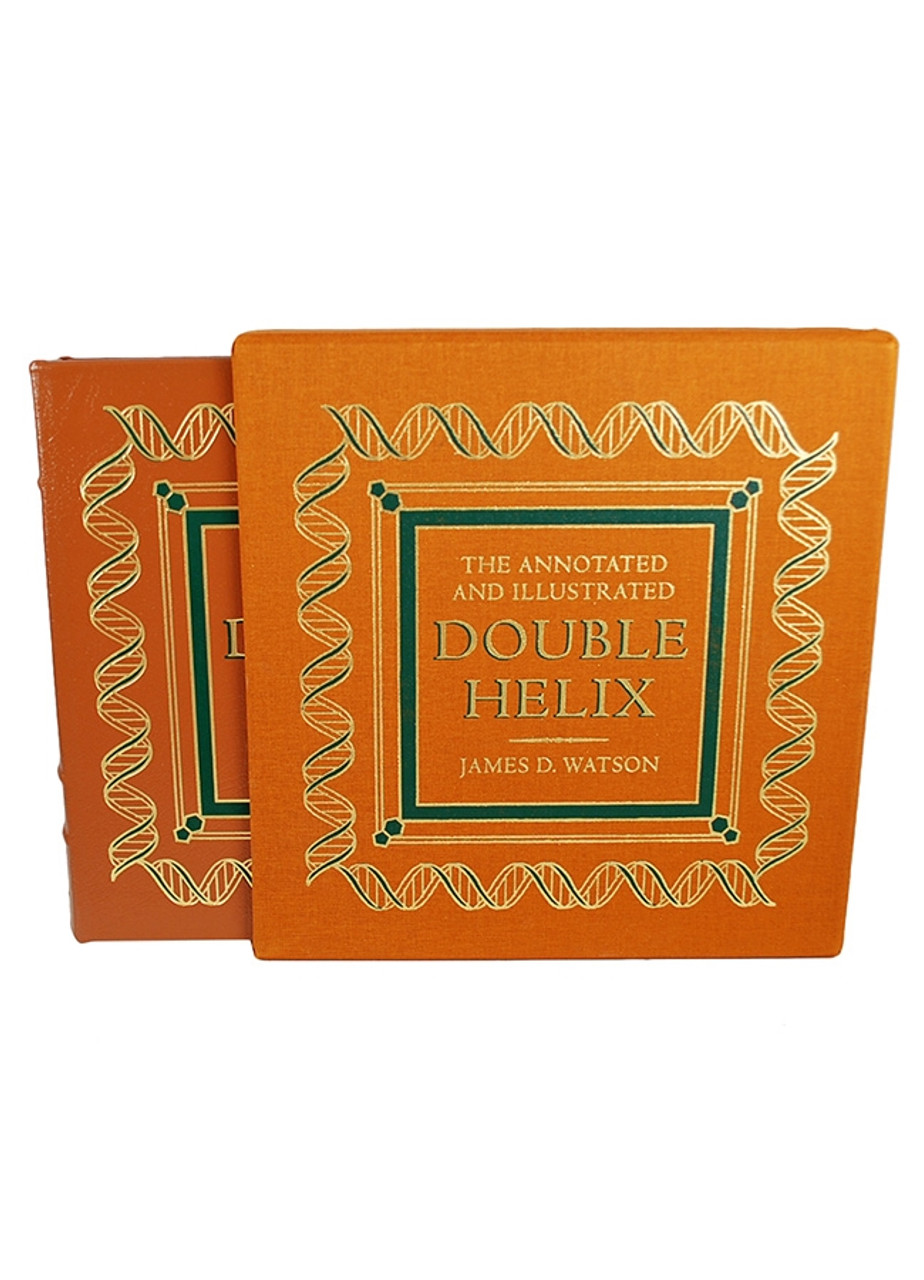 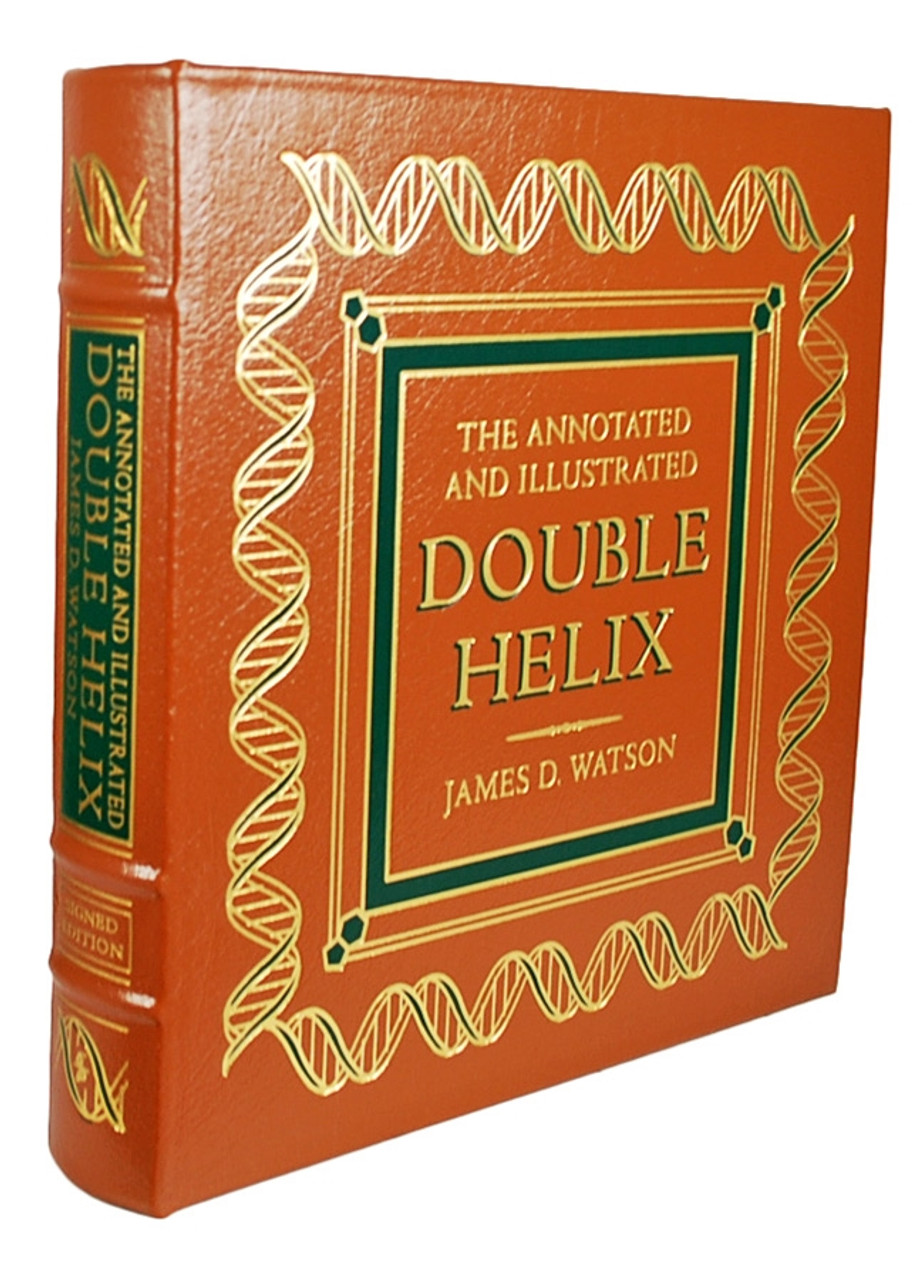 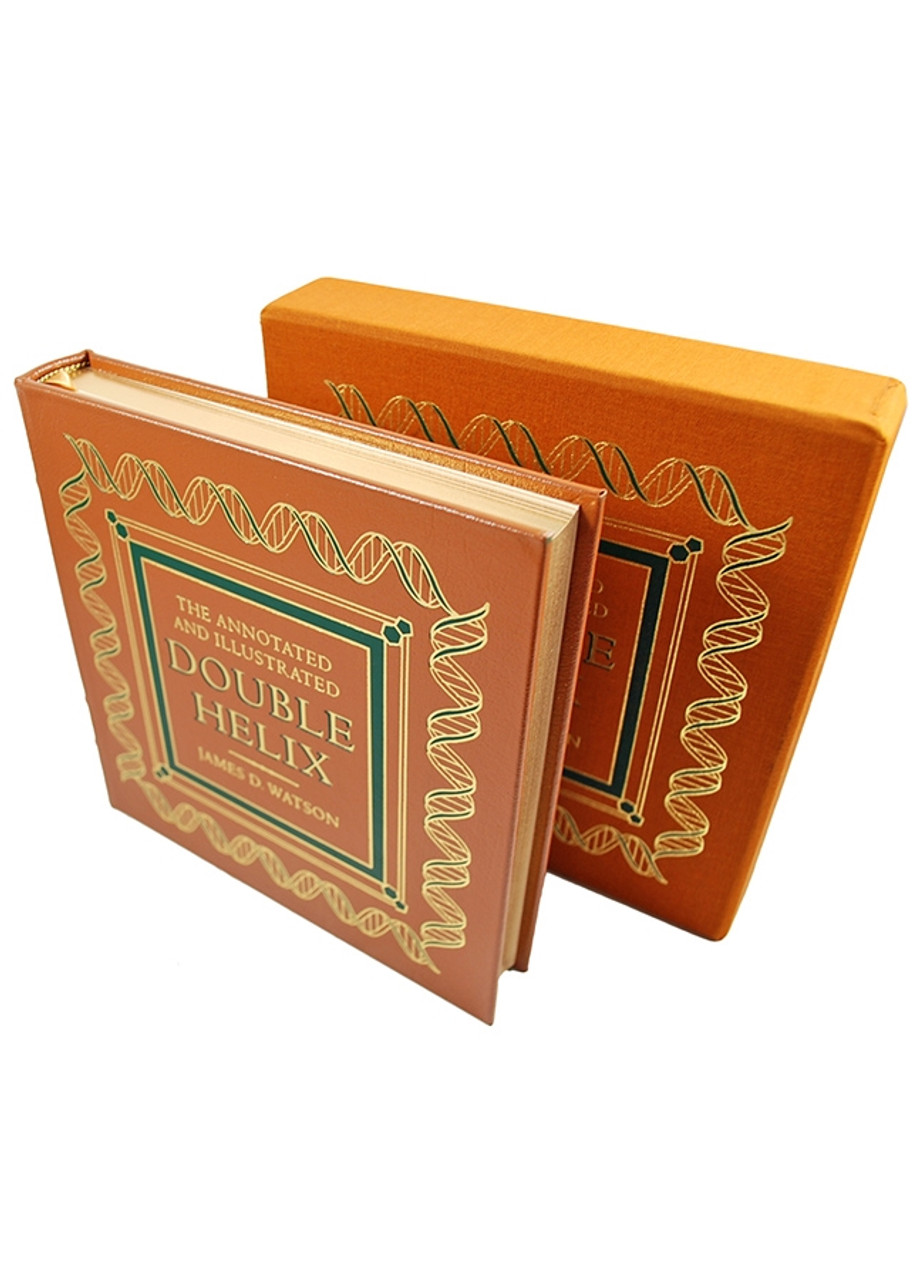 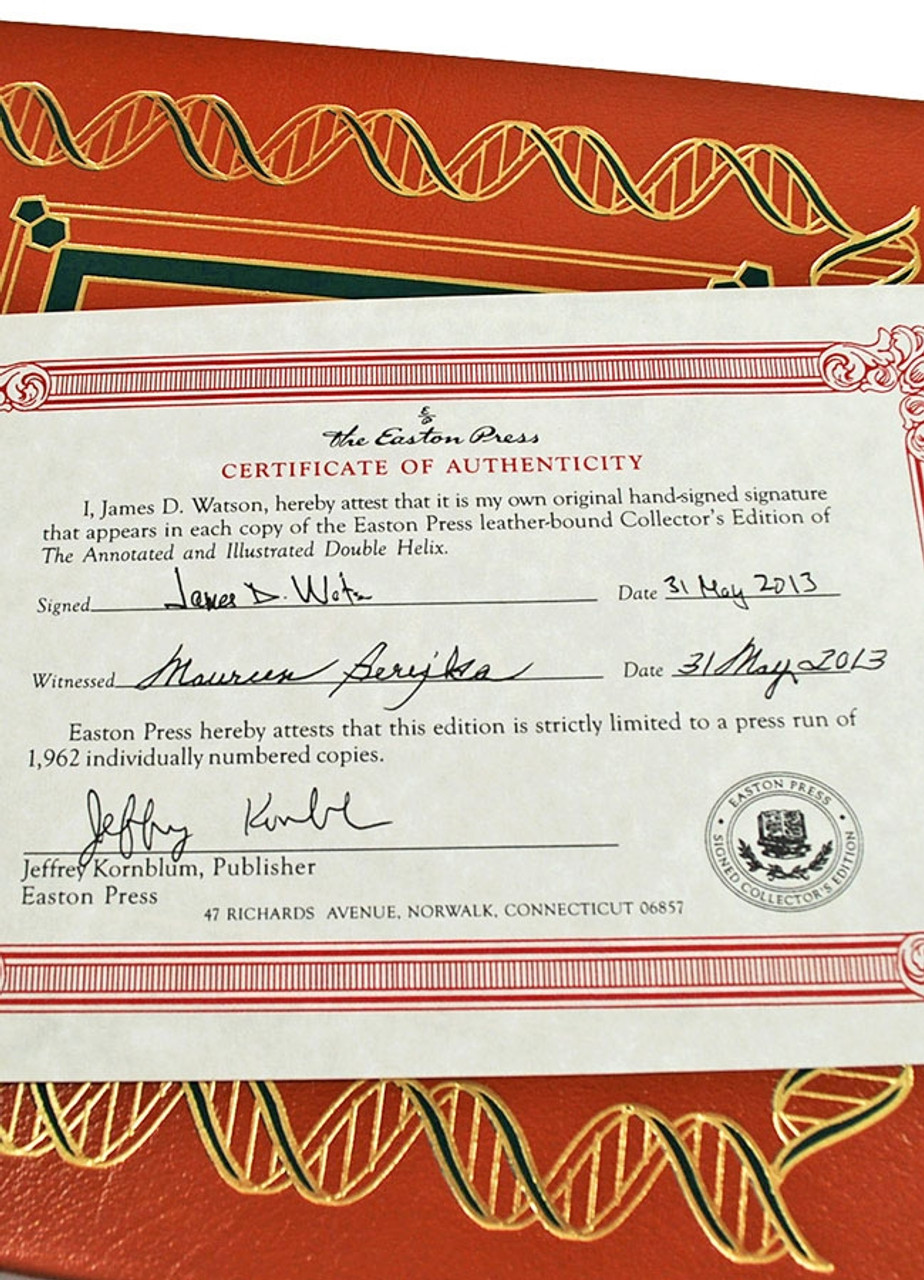 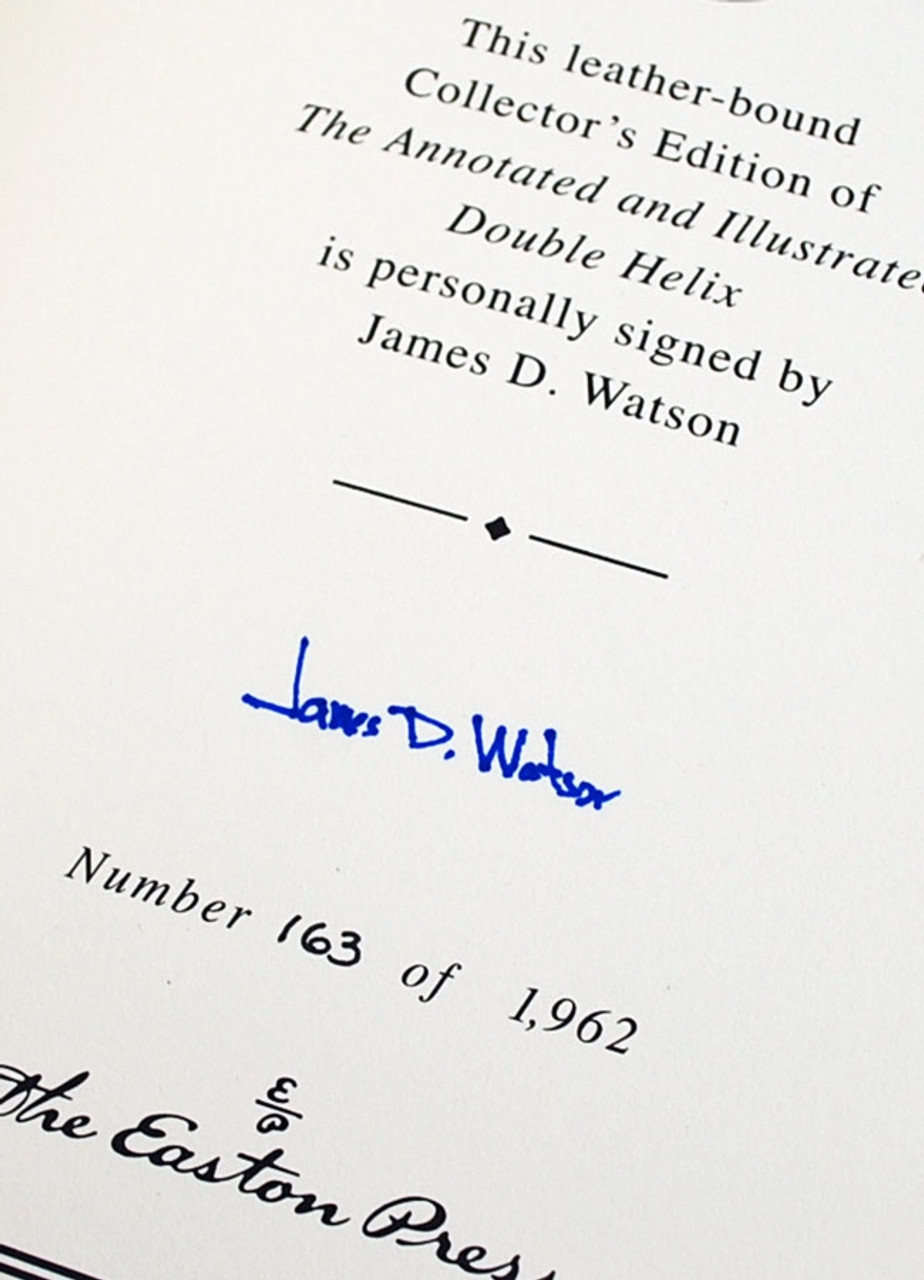 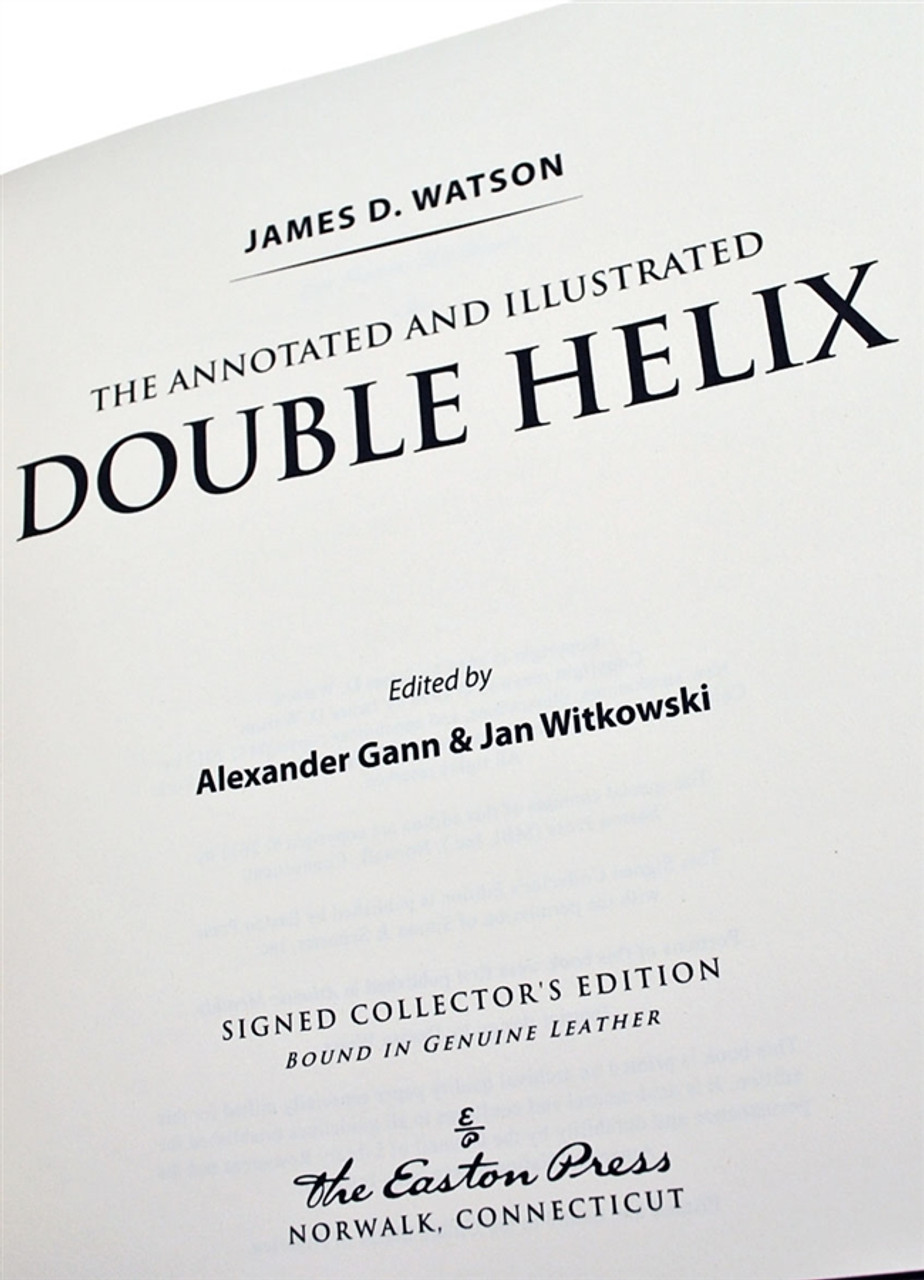 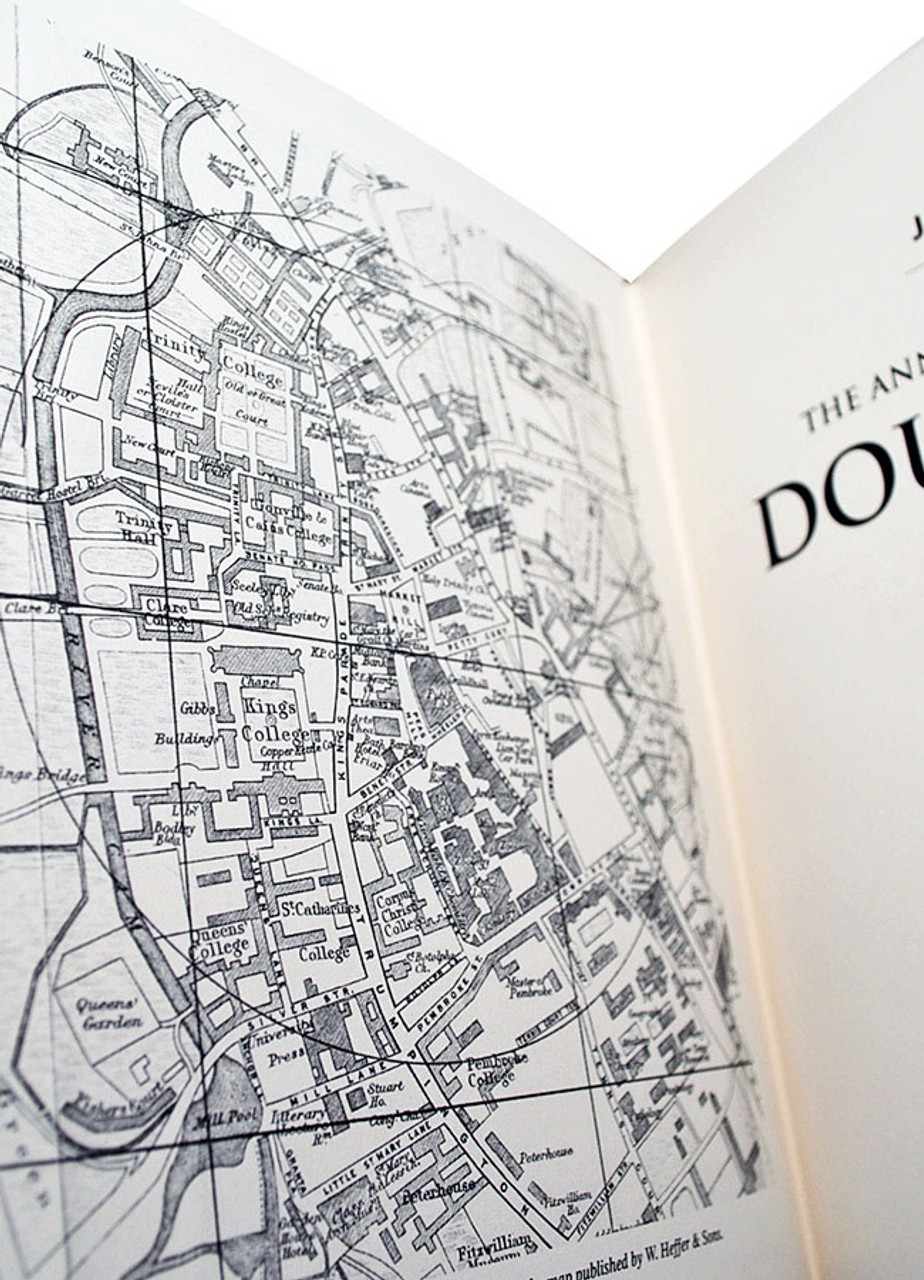 Personally signed by James D. Watson and limited to only 1,962.

As compared to the earlier book, "The Double Helix," this edition includes an array of viewpoints and voices added as commentary to the narrative, with more background information and illustrations. It also includes numerous photographs (many published for the first time), many letters and other documents in full or in part. Many of these have never been published before including Watson's letters to his family. Also includes reminiscences from Ray Gosling specially for this edition; Gosling worked with both Wilkins and Franklin and actually took the most famous and influential pictures of DNA. All the sources for these materials are included in a reference list in the back of the book. All of the annotated materials were gathered and edited by Alexander Gann & Jan Witkowski. A beautiful and interesting set.
.


The classic personal account of Watson and Crick’s groundbreaking discovery of the structure of DNA, now with an introduction by Sylvia Nasar, author of A Beautiful Mind.

By identifying the structure of DNA, the molecule of life, Francis Crick and James Watson revolutionized biochemistry and won themselves a Nobel Prize. At the time, Watson was only twenty-four, a young scientist hungry to make his mark. His uncompromisingly honest account of the heady days of their thrilling sprint against other world-class researchers to solve one of science’s greatest mysteries gives a dazzlingly clear picture of a world of brilliant scientists with great gifts, very human ambitions, and bitter rivalries.


With humility unspoiled by false modesty, Watson relates his and Crick’s desperate efforts to beat Linus Pauling to the Holy Grail of life sciences, the identification of the basic building block of life. Never has a scientist been so truthful in capturing in words the flavor of his work.

Very Fine Guaranteed. Sealed. Unread book with a square and tight spine , in a Very Fine slipcase. Sharp corners that are not bumped. No bookplates attached or indication of any removed.

Personally hand signed by molecular biologist and Nobel Prize winner James D. Watson Enhance your collectible library with this luxurious leather bound heirloom from Easton Press. One of only 1,175...

Personally signed by Ai Weiwei, one of the most important artists working in the world today LIMITED TO ONLY 20 SLIP-CASED SIGNED FIRST EDITION - FIRST PRINTING COPIES WITH HAND-NUMBERED COA +...

"The Day Of The Triffids" Leather Bound Collector's Edition

The Day of the Triffids is a 1951 post-apocalyptic novel about a plague of blindness that befalls the entire world, allowing the rise of an aggressive species of plant. It was written by the English...