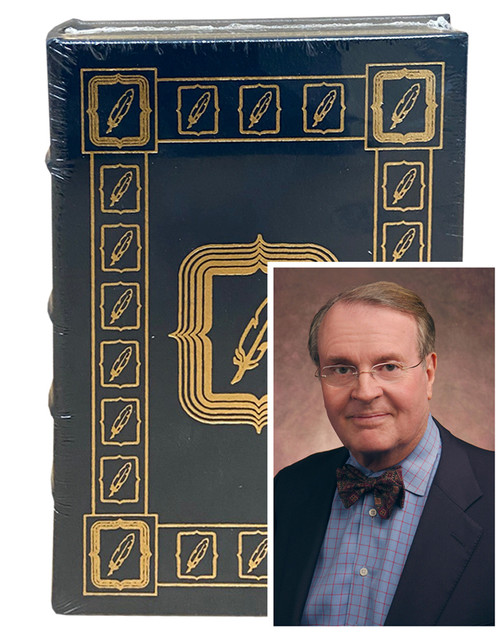 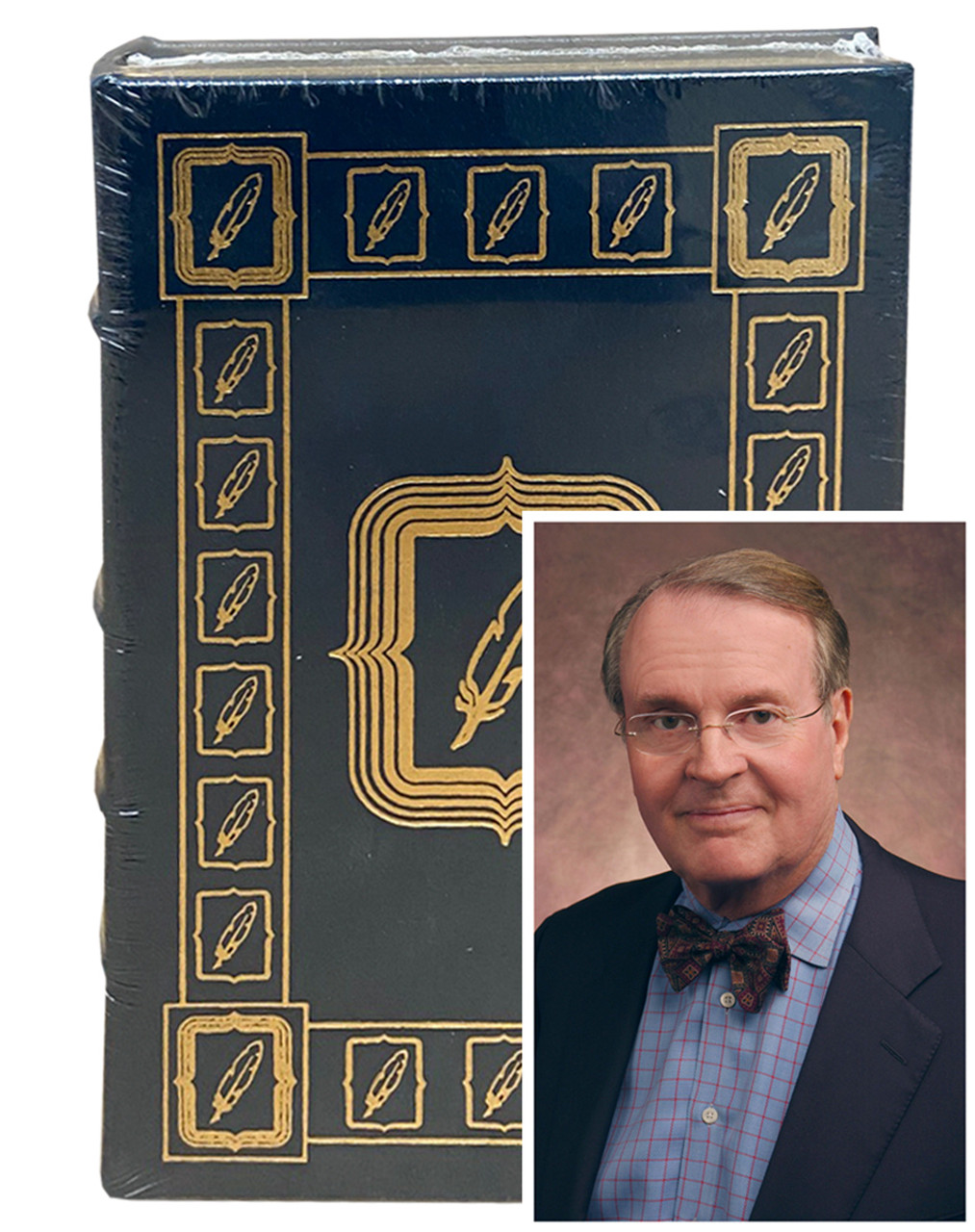 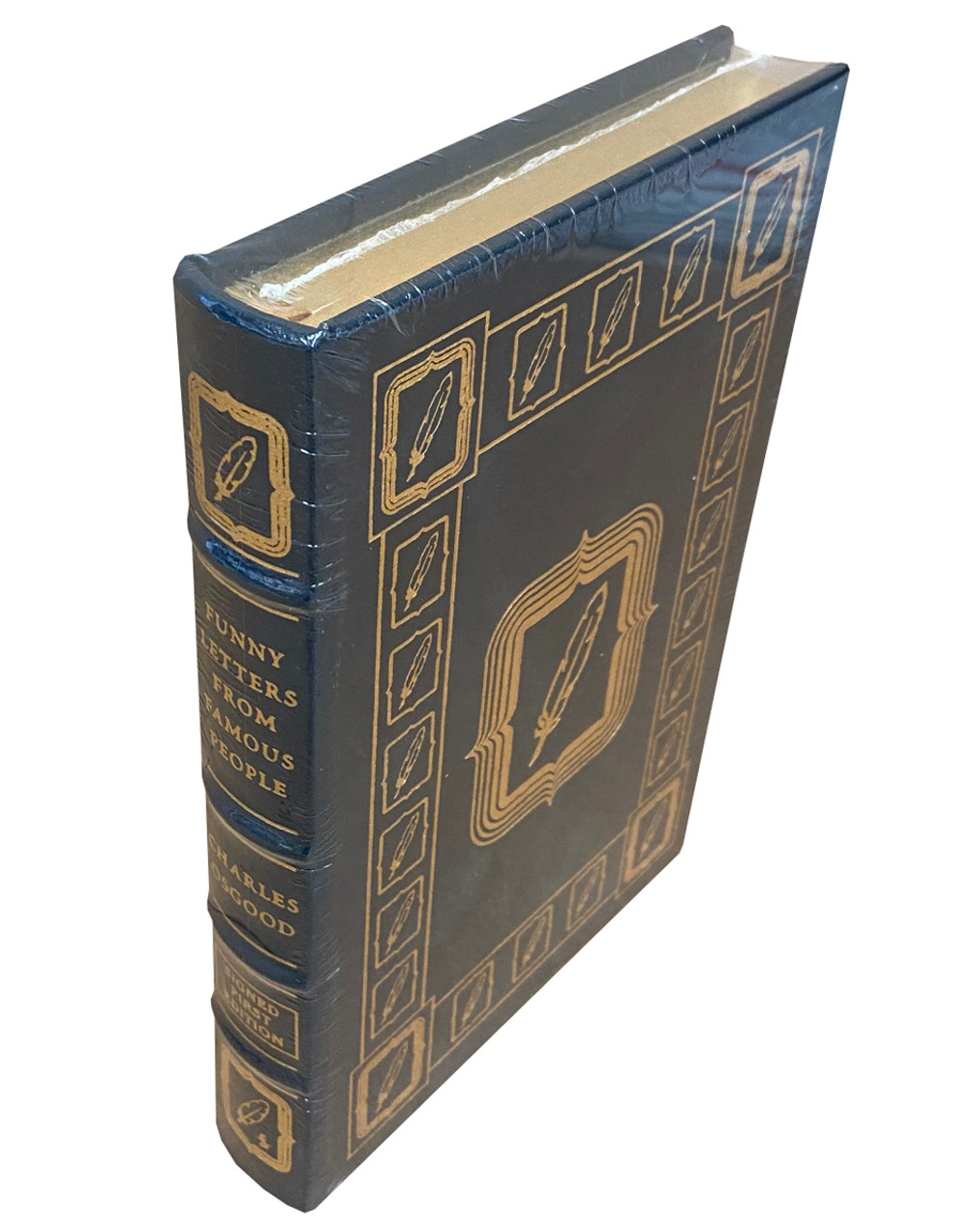 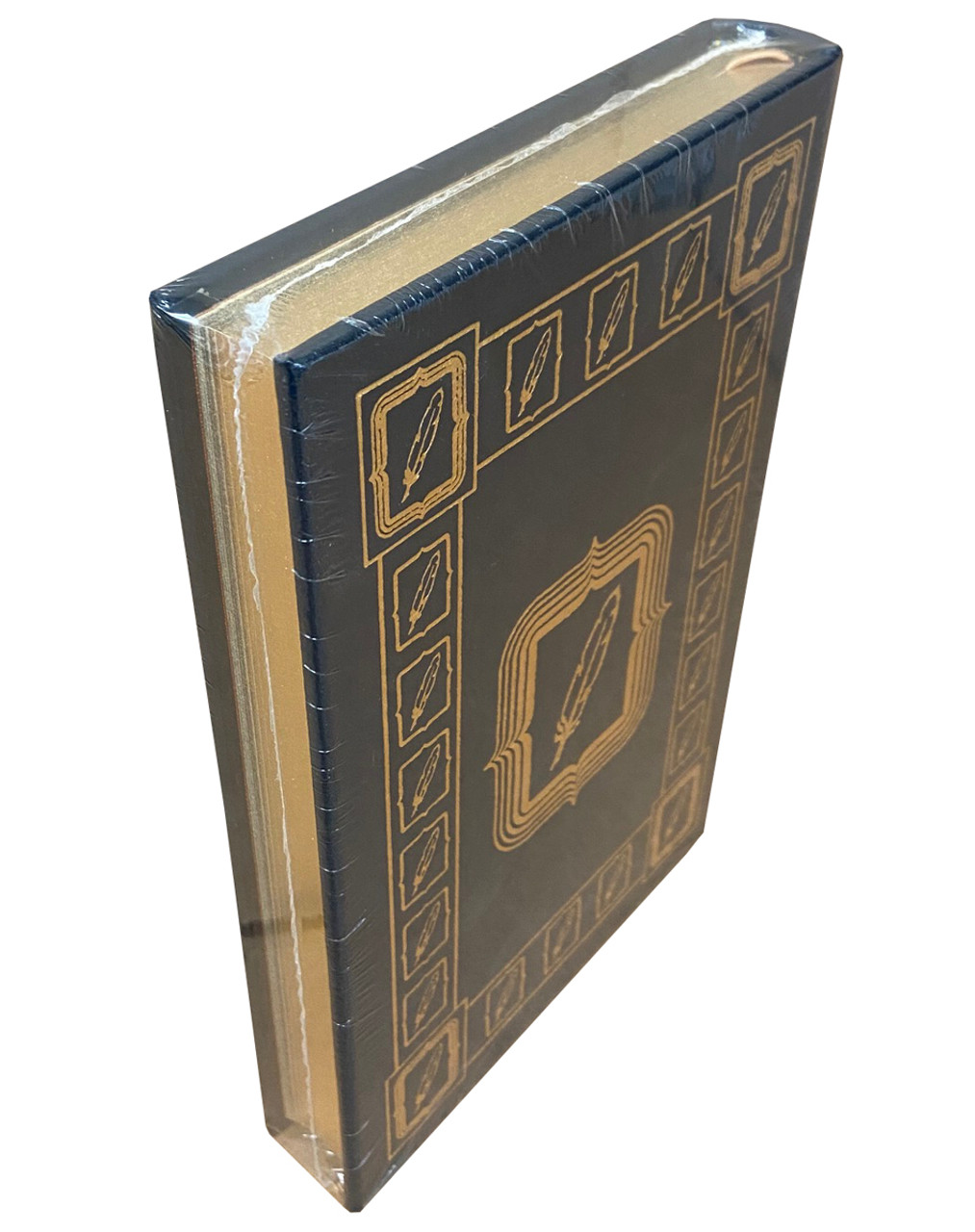 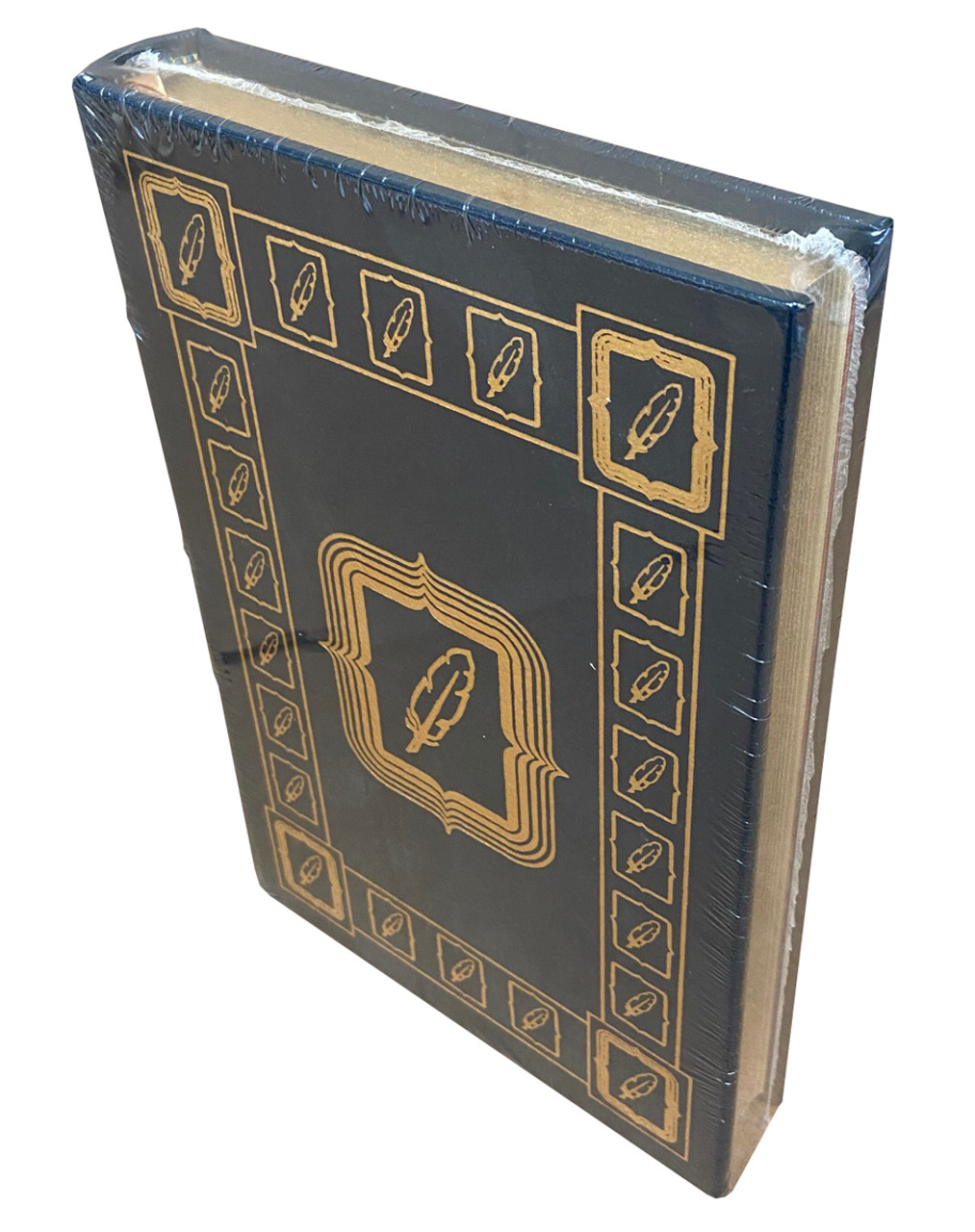 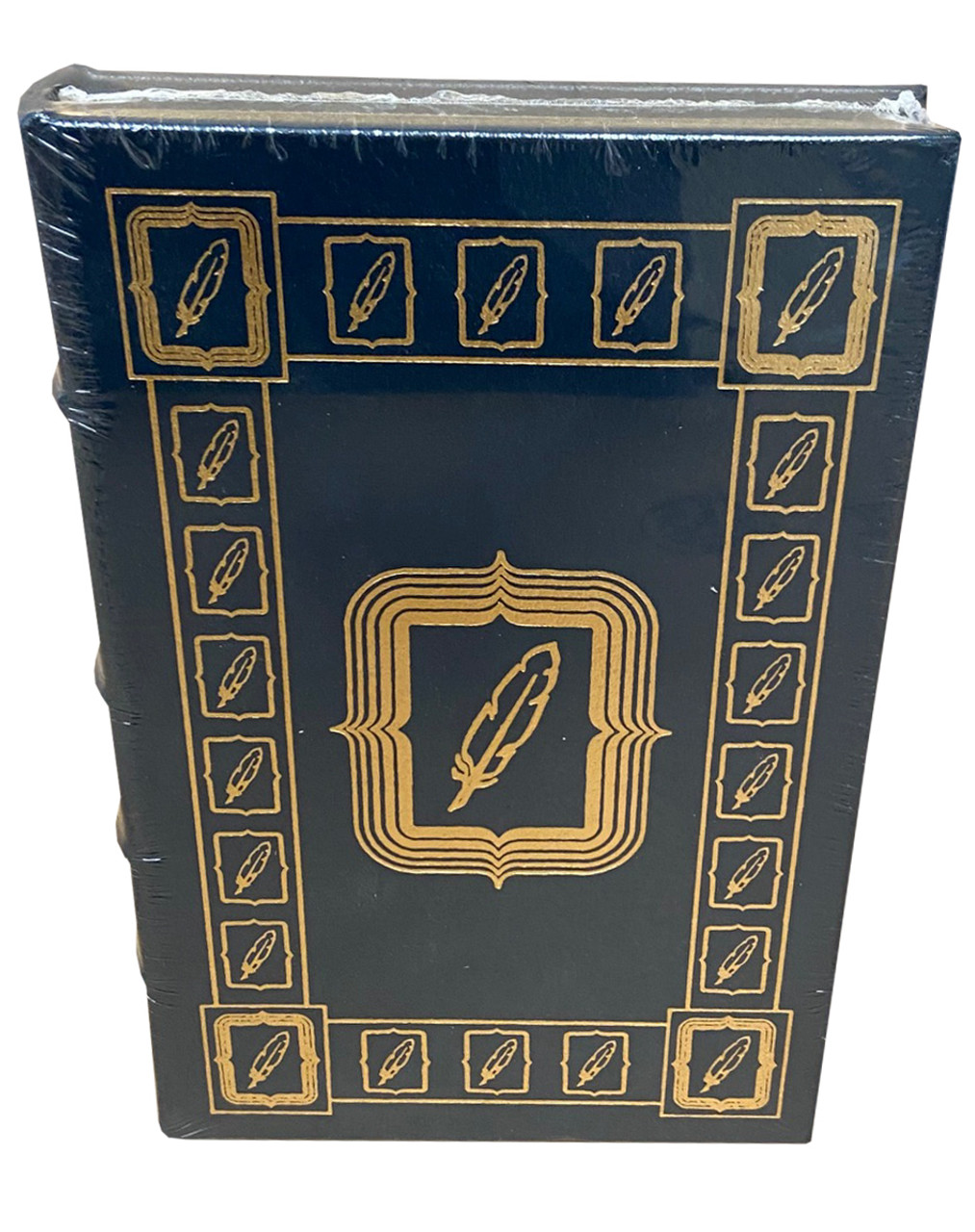 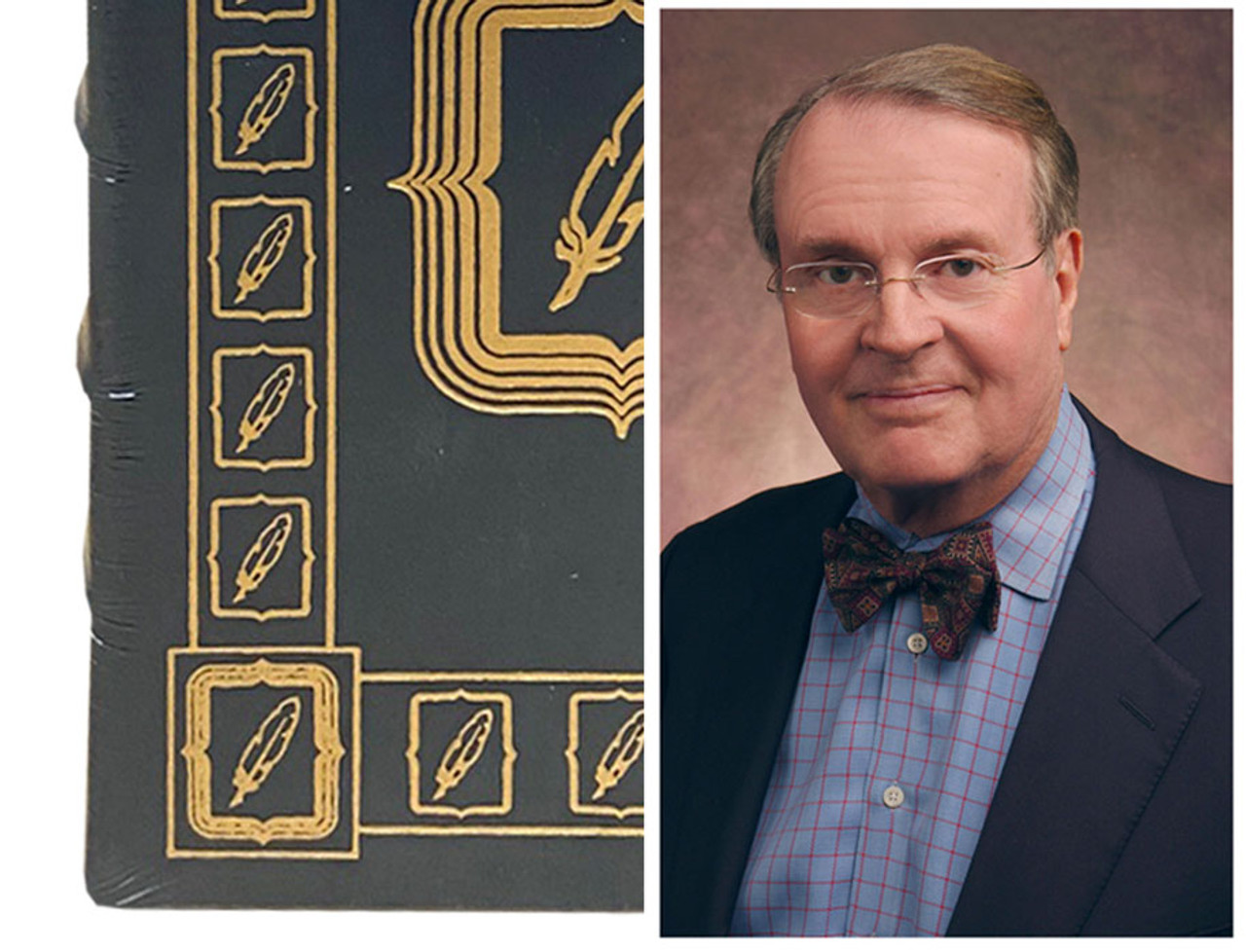 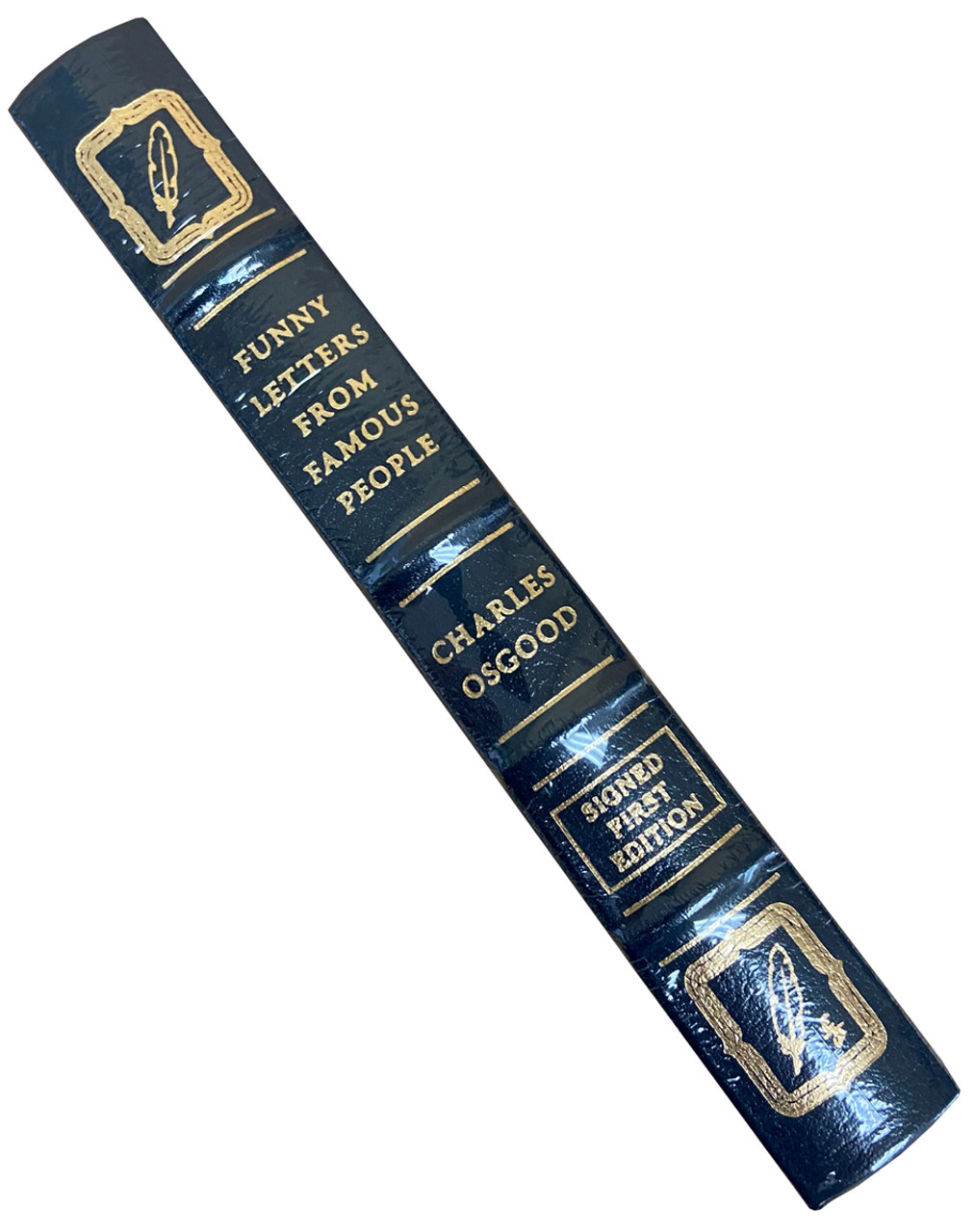 Easton Press, Norwalk, CT. Charles Osgood "Funny Letters From Famous People". Signed by the author on the special limitation page.  Limited Edition of only 1,300. Signed First Edition as stated by the publisher. Sealed and brand new without any flaws. Includes COA and collector's notes within the book.

Known for his clever commentary and witty radio-show rhymes, Charles Osgood here selects and introduces a collection of hilarious correspondence from some of our best-loved politicians, authors, and stars of the stage and screen. Funny Letters from Famous People delivers rib-tickling communications from the likes of Benjamin Franklin, Abraham Lincoln, Oscar Wilde, George Bernard Shaw, Flannery O’Connor, S. J. Perelman, Groucho Marx, Bob Hope, John Cheever and dozens more.
Providing an entertaining look at celebrated lives, Osgood lets us glimpse Mark Twain squabbling with the gas company, Dwight D. Eisenhower kvetching to Mamie about Patton, and radio personality Fred Allen desperately seeking logic from his insurance carrier in one of comedy’s most amusing epistles.
Sprinkled throughout with Osgood’s own humorous quips, Funny Letters from Famous People is a delightful compendium of clever letter writing at its side-splitting best.

Charles Osgood Wood III (born January 8, 1933), known professionally as Charles Osgood, is an American radio and television commentator and writer. Osgood is best known for being the host of CBS News Sunday Morning, a role he held for over 22 years from April 10, 1994, until September 25, 2016. Osgood also hosted The Osgood File, a series of daily radio commentaries, from 1971 until December 29, 2017.

He is also known for being the voice of the narrator of Horton Hears a Who!, an animated film released in 2008, based on the book of the same name by Dr. Seuss. He published a memoir of his boyhood in 2004.

VERY FINE GUARANTEED. As New (Sealed). A new, unread book. Sharp corners. No markings, writings, or stamps. The condition is of the highest quality. Photos of actual item.