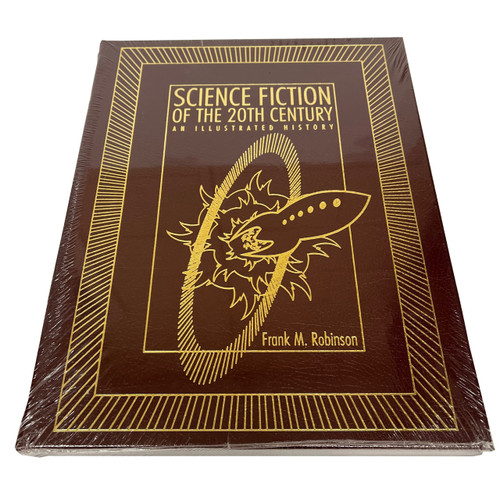 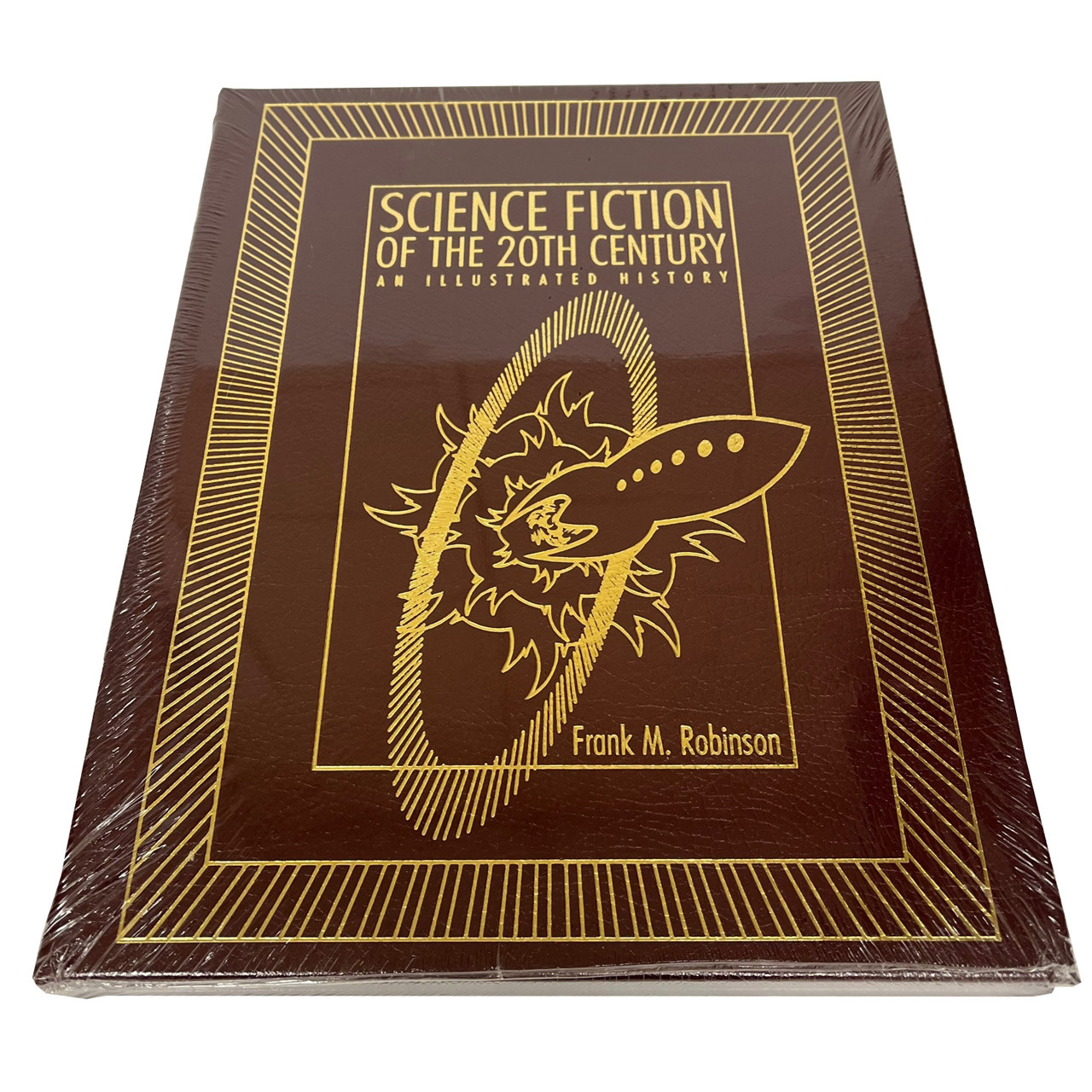 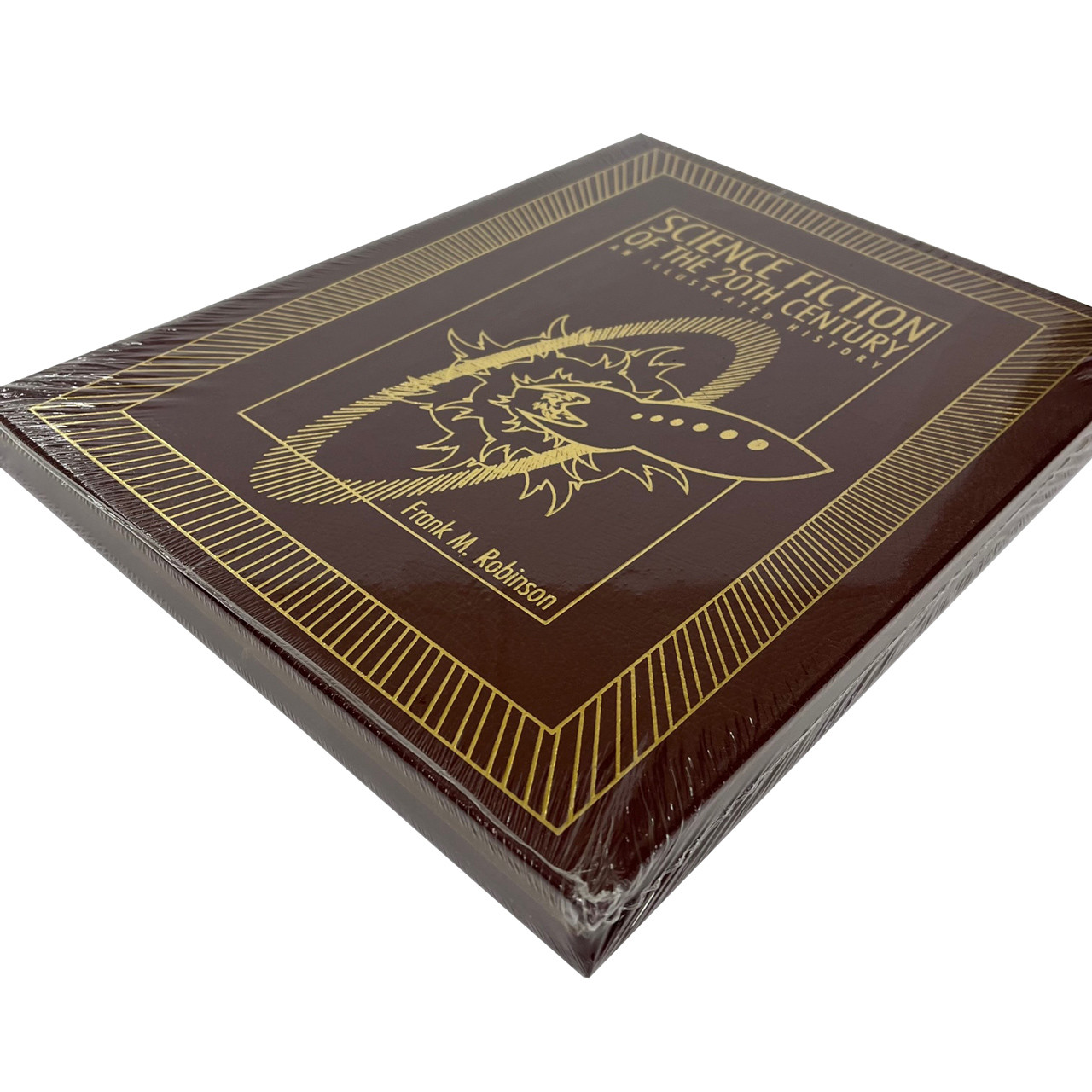 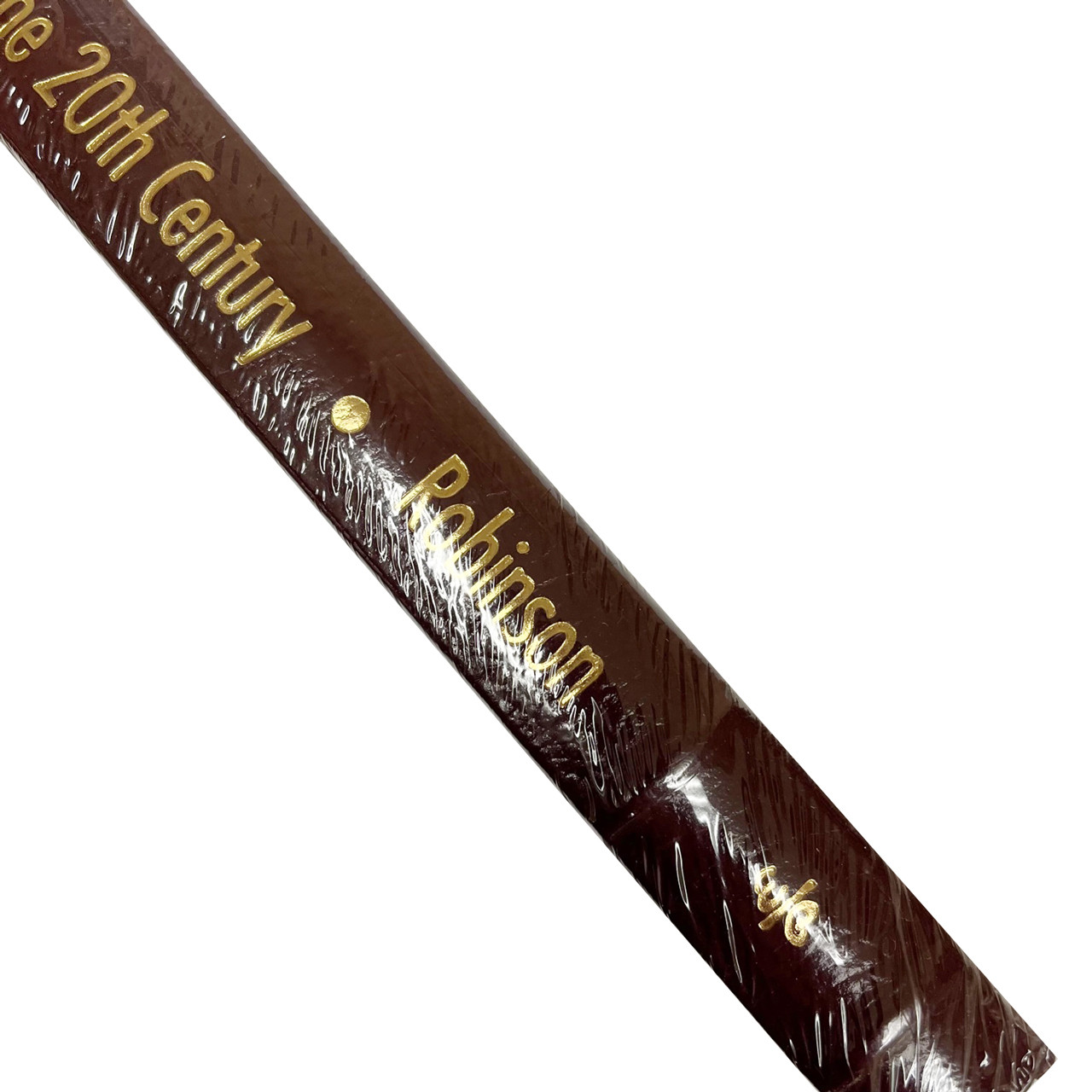 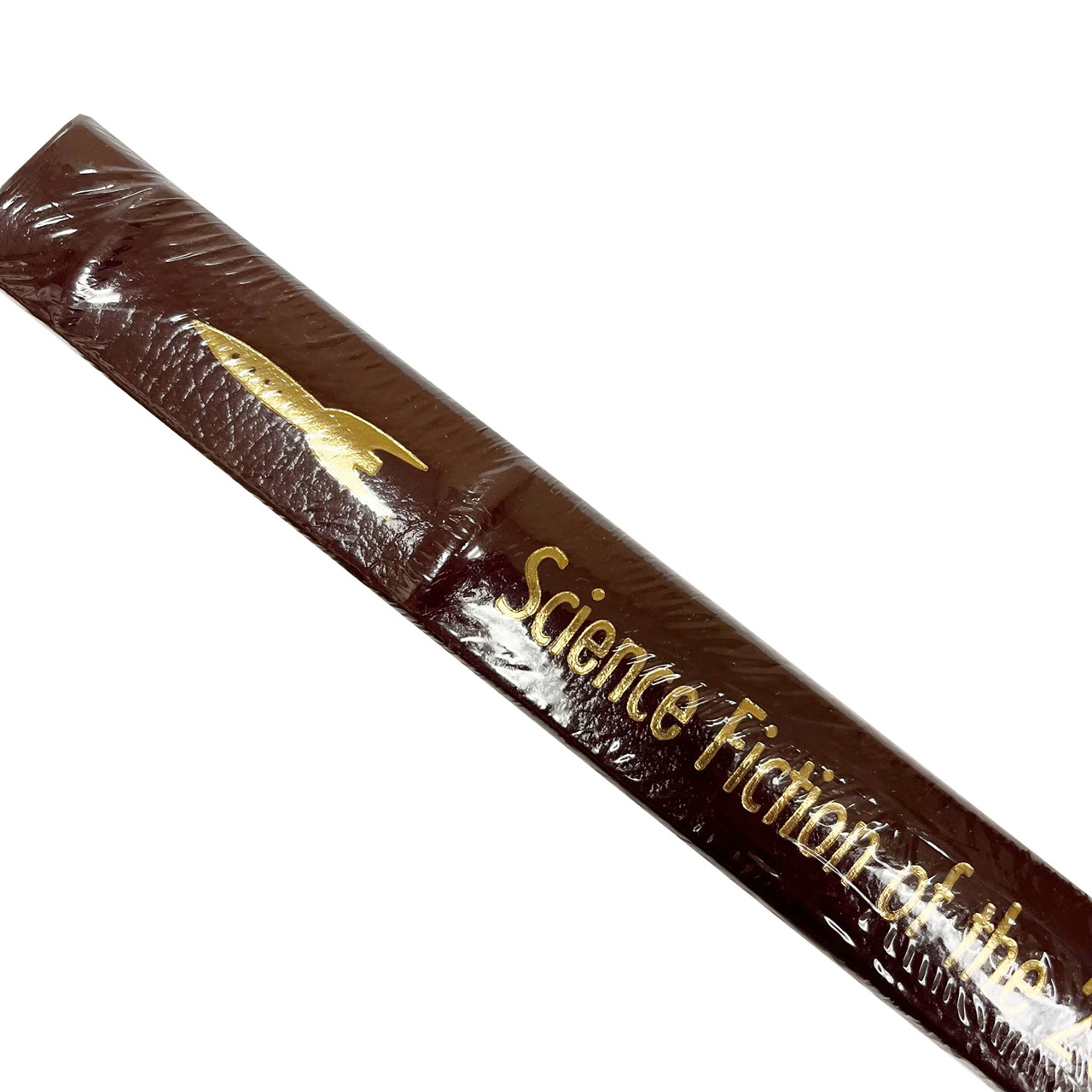 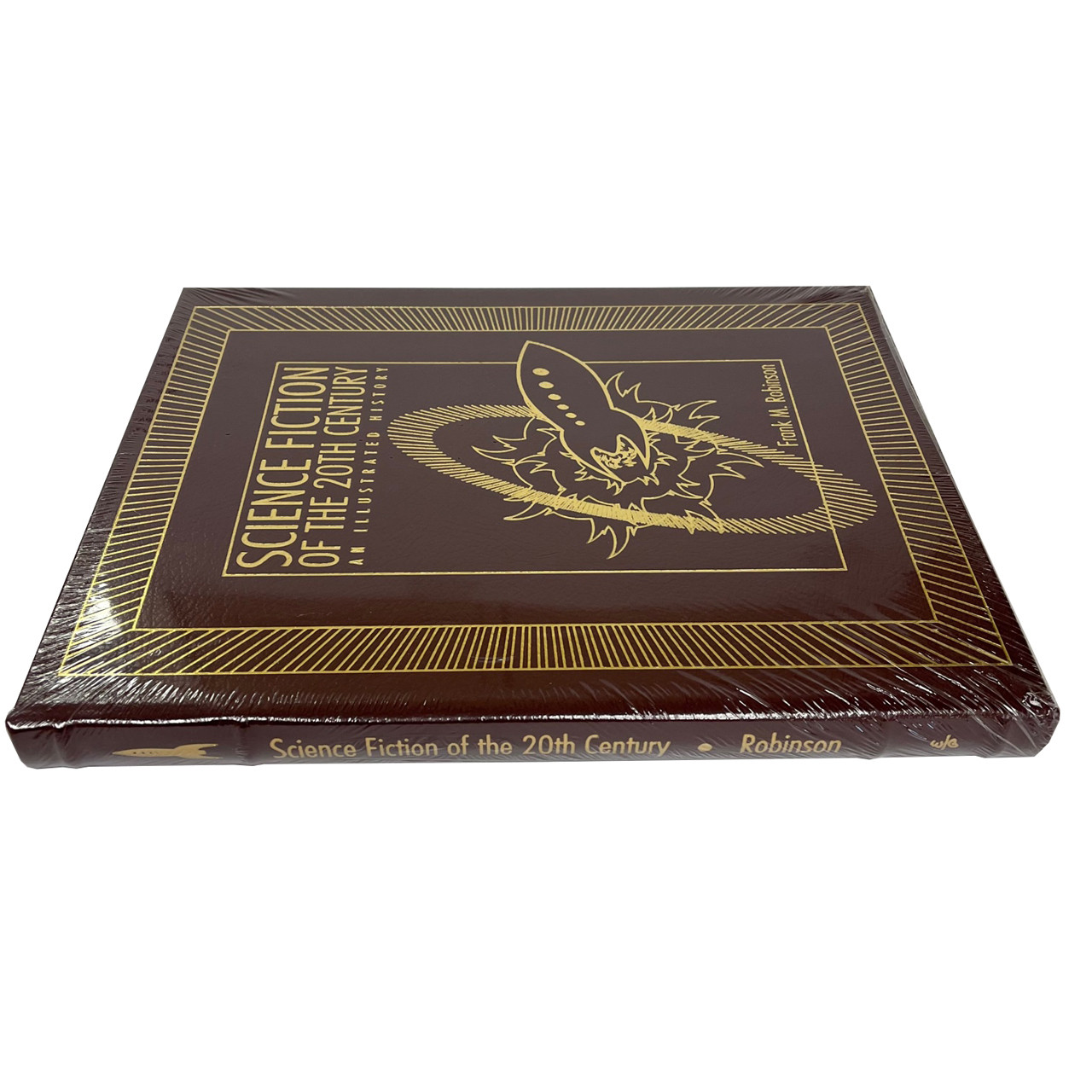 Easton Press, Norwalk. CT. 2005. "Science Fiction Of The 20th Century: An Illustrated History" by Frank M. Robinson. Full genuine leather. This edition features full genuine leather with covered boards, raised bands on the spines, gilt text and decorations stamped in the compartments, and with gilt tool work on both the front and rear boards. The end papers are silk with matching silk placement ribbons sewn-in at the head of the spine. All three edges of the text blocks are gilt. Sizes vary.

A rare book for the discerning collector, that is now long OUT OF PRINT from the publisher.

A great gift idea for the science fiction fan.

Frank M. Robinson was an American science fiction and techno-thriller writer. he got his start writing for the old pulp fiction magazines. He wrote several novels with Thomas N. Scortia until Scortia's death in 1986.

Born in Chicago, Illinois. Robinson was the son of a check forger. He started out in his teens working as a copy boy for International News Service and then became an office boy for Ziff Davis. He was drafted into the Navy for World War II, and when his tour was over attended Beloit College, where he majored in physics, graduating in 1950. Because he could find no work as a writer, he ended up back in the Navy to serve in Korea, where he kept writing, read a lot, and published in Astounding magazine.

After the Navy, he attended graduate school in journalism, then worked for a Chicago-based Sunday supplement. Soon he switched to Science Digest, where he worked from 1956 to 1959. From there, he moved into men's magazines: Rogue (1959–65) and Cavalier (1965–66). In 1969, Playboy asked him to take over the Playboy Advisor column. He remained there until 1973, when he left to write full-time.

After moving to San Francisco in the 1970s, Robinson, who was gay, was a speechwriter for gay politician Harvey Milk; he had a small role in the film Milk. After Milk's assassination, Robinson was co-executor, with Scott Smith, of Milk's last will and testament.

Robinson is the author of 16 books, the editor of two others, and has penned numerous articles. Three of his novels have been made into movies. The Power (1956) was a supernatural science fiction and government conspiracy novel about people with superhuman skills, filmed in 1968 as The Power. The Glass Inferno, co-written with Thomas N. Scortia, was combined with Richard Martin Stern's The Tower to produce the 1974 movie The Towering Inferno. The Gold Crew, also co-written Scortia, was a nuclear threat thriller filmed as an NBC miniseries and re-titled The Fifth Missile.

He collaborated on several other works with Scortia, including The Prometheus Crisis, The Nightmare Factor, and Blow-Out.

* Smyth-sewn Pages for Strength and Durability

The greatest comprehensive book on the five areas of science that has ever been published, in this luxurious leather bound collector's edition     Easton Press, Norwalk, CT. 2008. Allan R.