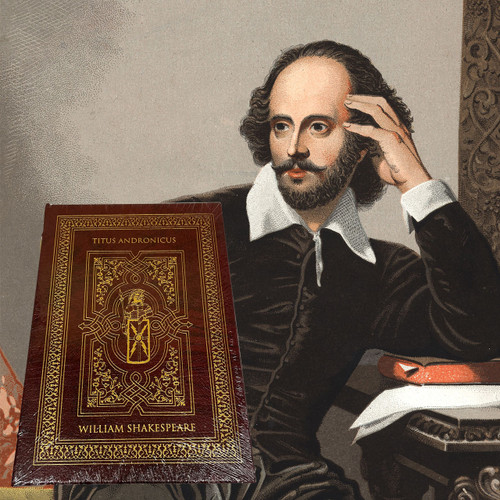 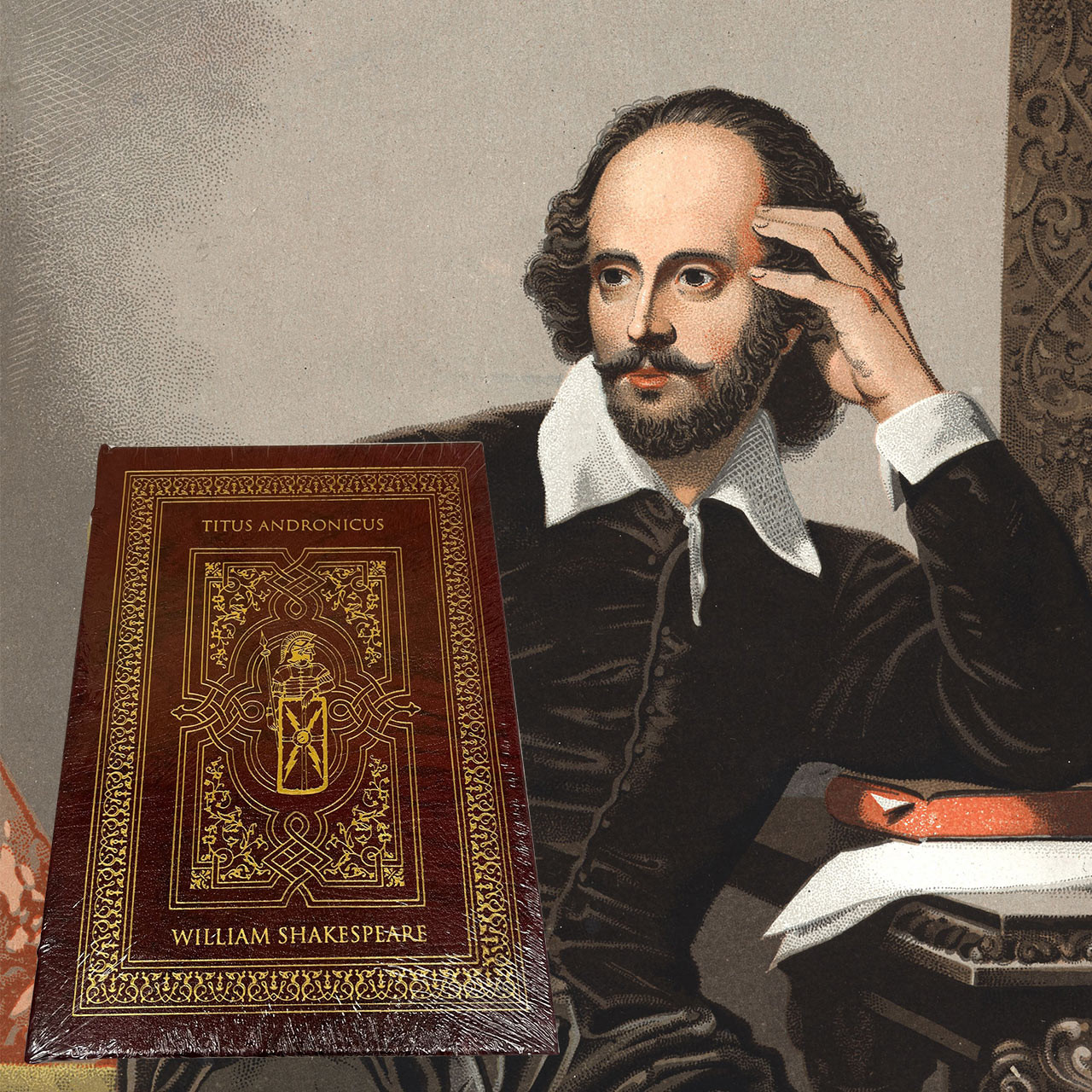 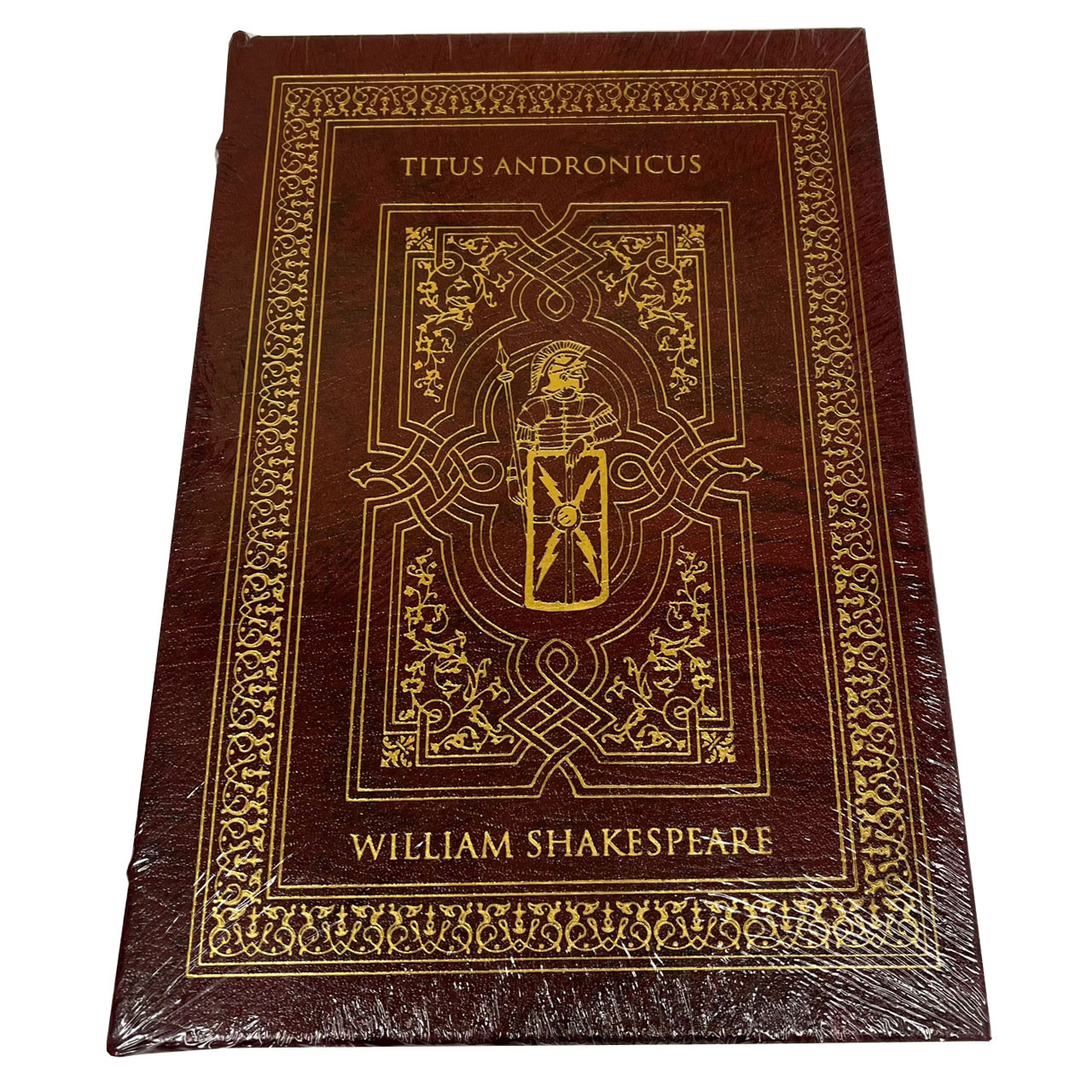 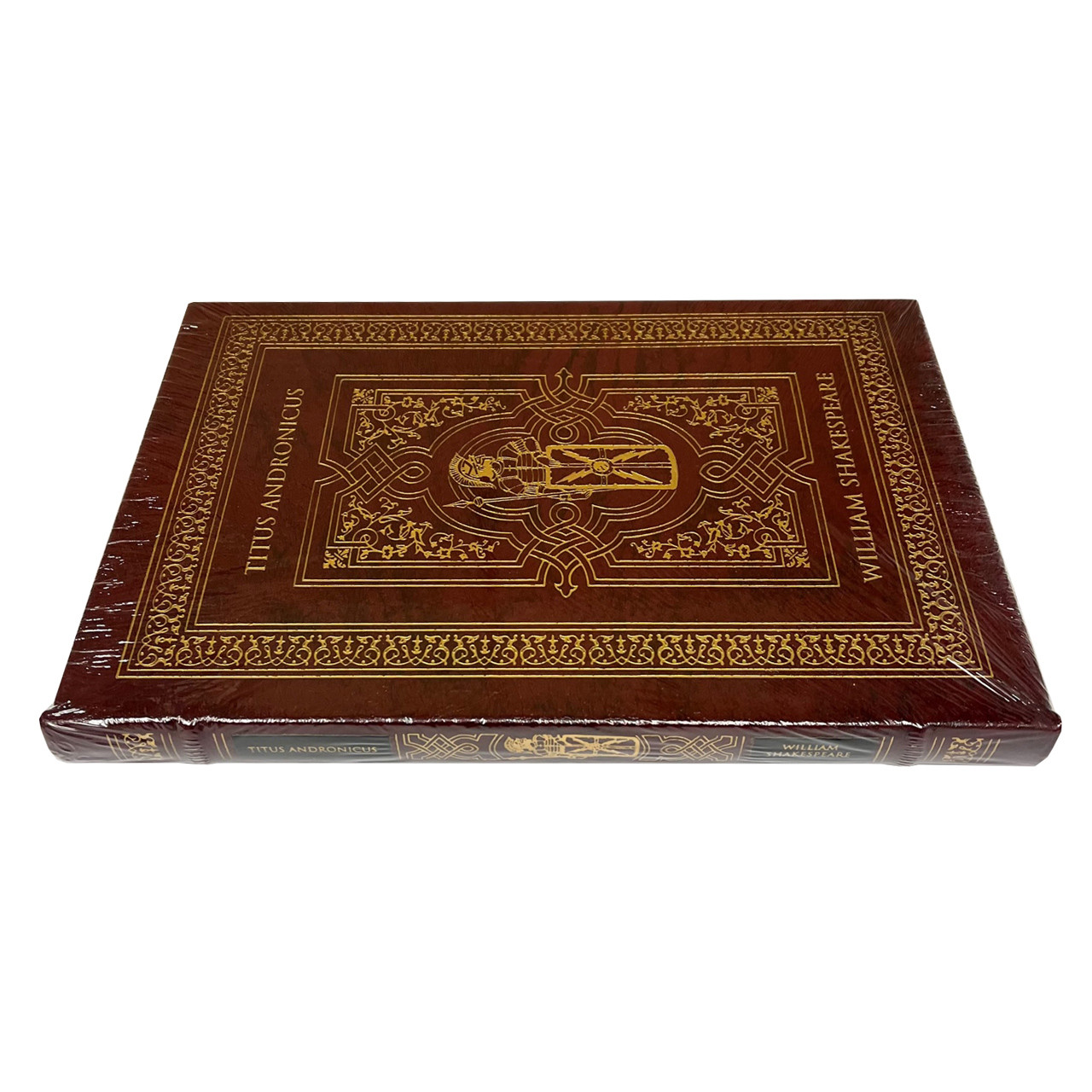 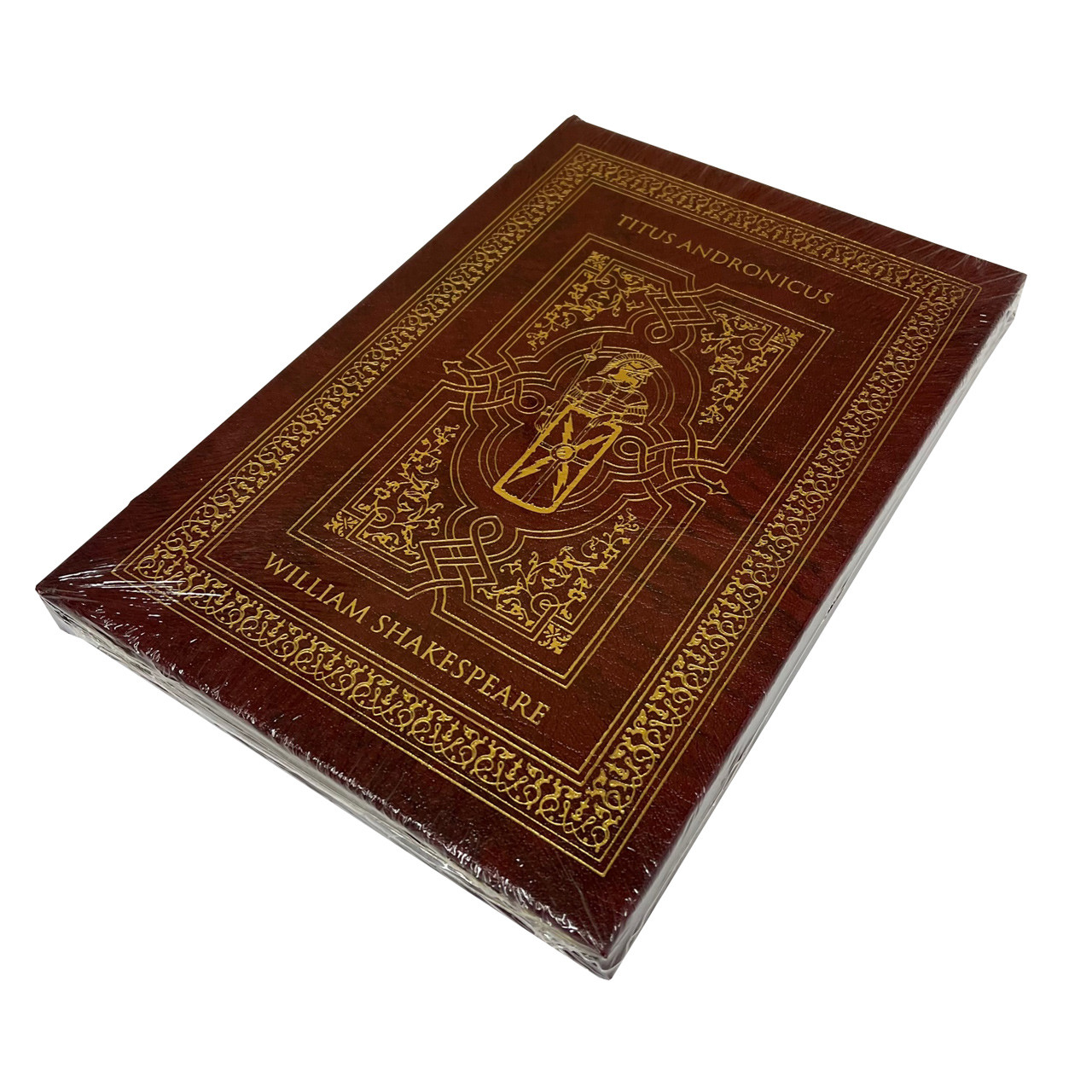 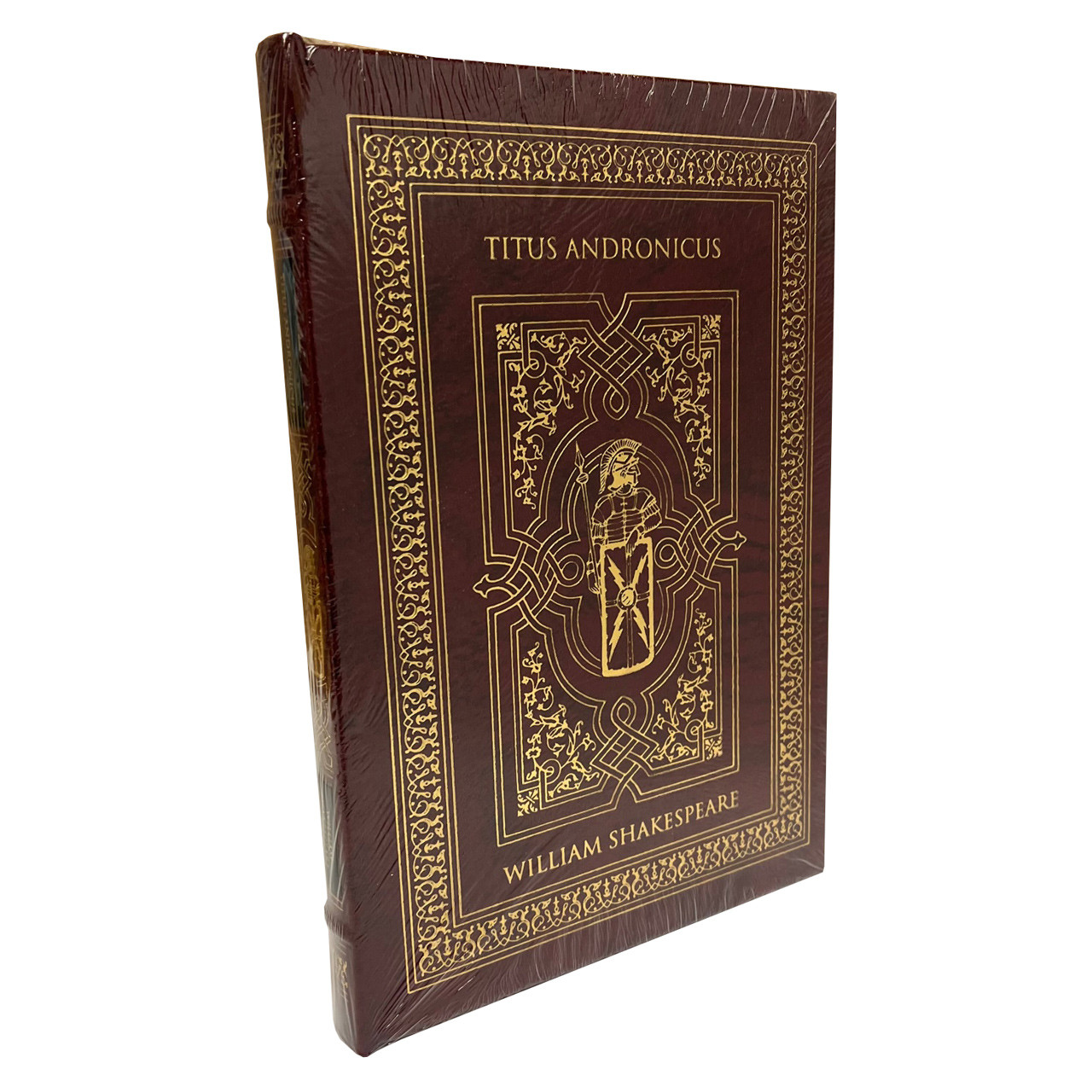 Titus Andronicus is a tragedy by William Shakespeare, and possibly George Peele, believed to have been written between 1588 and 1593. It is thought to be Shakespeare's first tragedy, and is often seen as his attempt to emulate the violent and bloody revenge plays of his contemporaries, which were extremely popular with audiences throughout the sixteenth century. The play is set during the latter days of the Roman Empire and tells the fictional story of Titus, a general in the Roman army, who is engaged in a cycle of revenge with Tamora, Queen of the Goths.

It is Shakespeare's bloodiest and most violent work and traditionally was one of his least respected plays. Although it was extremely popular in its day, it fell out of favour during the Victorian era, primarily because of what was considered to be a distasteful use of graphic violence, but from around the middle of the twentieth century its reputation began to improve. The play begins shortly after the death of the Roman emperor, with his two sons, Saturninus and Bassianus, squabbling over who will succeed him.

Their conflict seems set to boil over into violence until a tribune, Marcus Andronicus, announces that the people's choice for the new emperor is his brother, Titus, who will shortly return to Rome from a victorious ten-year campaign against the Goths. Titus subsequently arrives to much fanfare, bearing with him as prisoners the Queen of the Goths (Tamora), her three sons, and Aaron the Moor (her secret lover). Despite the desperate pleas of Tamora, Titus sacrifices her eldest son, Alarbus, in order to avenge the deaths of his own sons during the war. Distraught, Tamora and her two surviving sons, Demetrius and Chiron, vow revenge on Titus and his family. Meanwhile, Titus refuses the offer of the throne, arguing that he is not fit to rule, and instead supporting Saturninus' claim, who is duly elected. Saturninus tells Titus that for his first act as emperor, he will marry Titus's daughter Lavinia. Titus agrees, although Lavinia is already betrothed to Bassianus, who refuses to give her up. Titus's sons tell Titus that Bassianus is in the right under Roman law, but Titus refuses to listen, accusing them all of treason.

A scuffle breaks out, during which Titus kills his own son, Mutius. Saturninus then denounces the Andronicus family for their effrontery and shocks Titus by marrying Tamora. However, putting into motion her plan for revenge, Tamora advises Saturninus to pardon Bassianus and the Andronicus family, which he reluctantly does. During a royal hunt the following day, Aaron persuades Demetrius and Chiron to kill Bassianus, so they may rape Lavinia. They do so, throwing Bassianus' body into a pit, and dragging Lavinia deep into the forest before violently raping her. To keep her from revealing what has happened, they cut out her tongue and cut off her hands. Meanwhile, Aaron frames Titus's sons Martius and Quintus for the murder of Bassianus with a forged letter. Horrified at the death of his brother, Saturninus arrests Martius and Quintus and sentences them to death. Some time later, Marcus discovers the mutilated Lavinia and takes her to her father, who is still shocked at the accusations levelled at his sons, and upon seeing Lavinia, is overcome with grief. Aaron then visits Titus, falsely telling him that Saturninus will spare Martius and Quintus if either Titus, Marcus or, Titus's remaining son, Lucius, cuts off one of their hands and sends it to him. Titus has Aaron cut off his hand and send it to the emperor, but in return, a messenger brings Titus Martius and Quintus' severed heads, along with Titus's severed left hand. Desperate for revenge, Titus orders Lucius to flee Rome and raise an army among their former enemy, the Goths. Later, Lavinia 'writes' the names of her attackers in the dirt, using a stick held with her mouth and between her stumps. Meanwhile, Tamora secretly gives birth to a mixed-race child, fathered by Aaron. 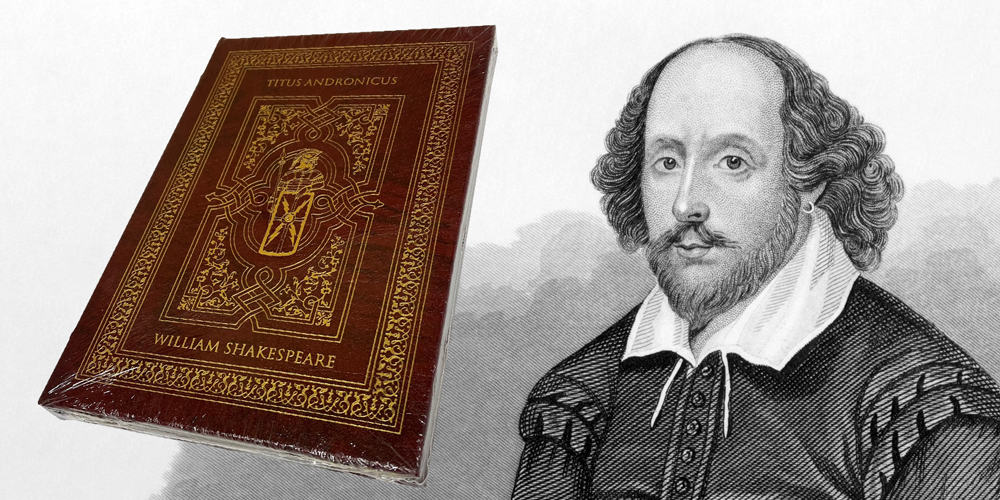 VERY FINE GUARANTEED. New and sealed. A wonderful bright clean copy free of any markings, writings, or stamps. Sharp corners that are not bumped. Tight and square spine. Unread book. No attached bookplates or indication of any removed.

A Highly Sought After Collector's Edition of "IT". Stephen King "IT". The Red Leather Library. BOMC. (Book of the Month Club). Beautifully bound in bright red faux leather. Special Collector's...