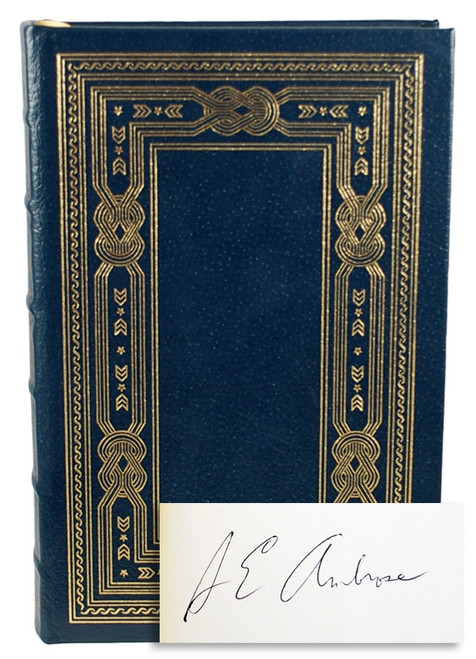 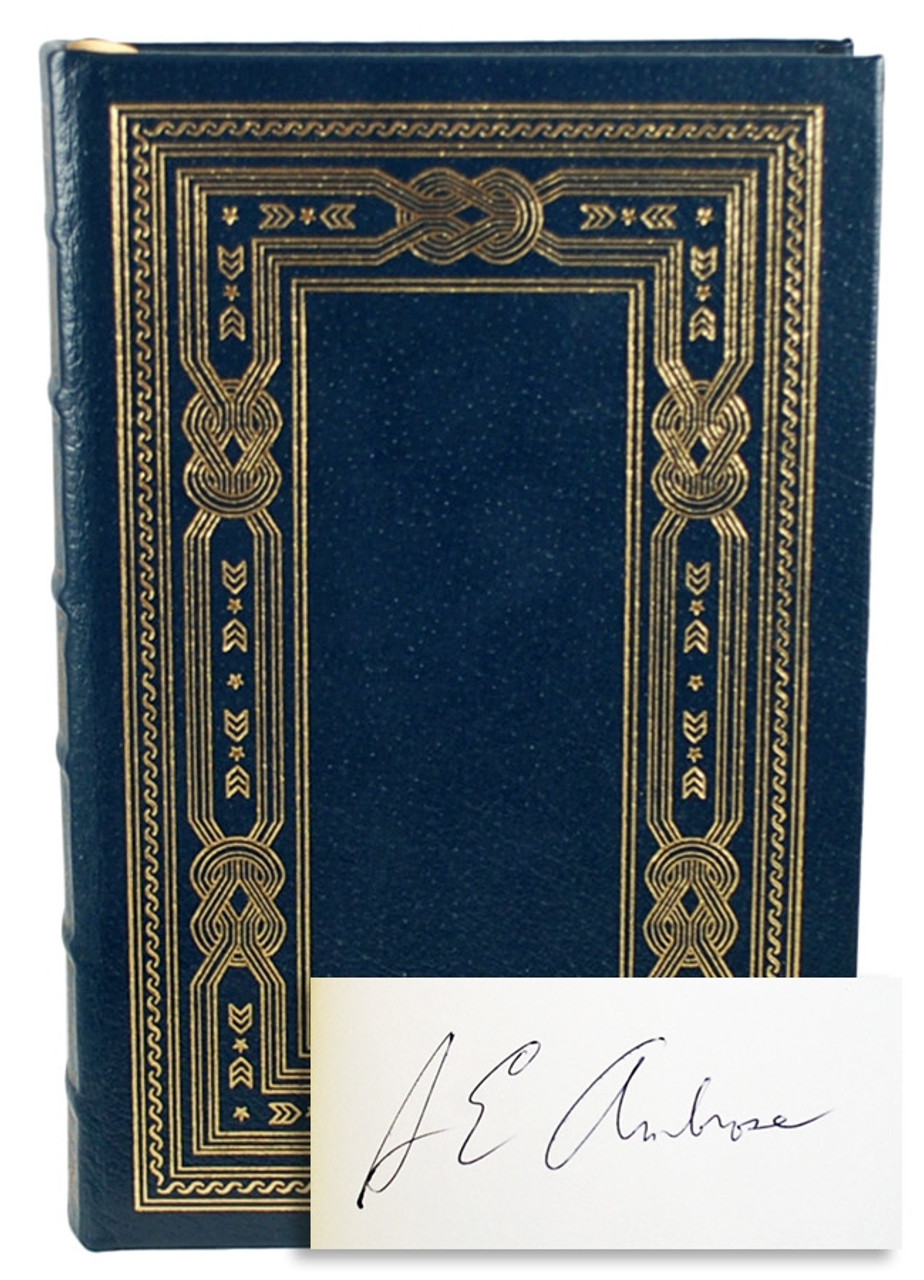 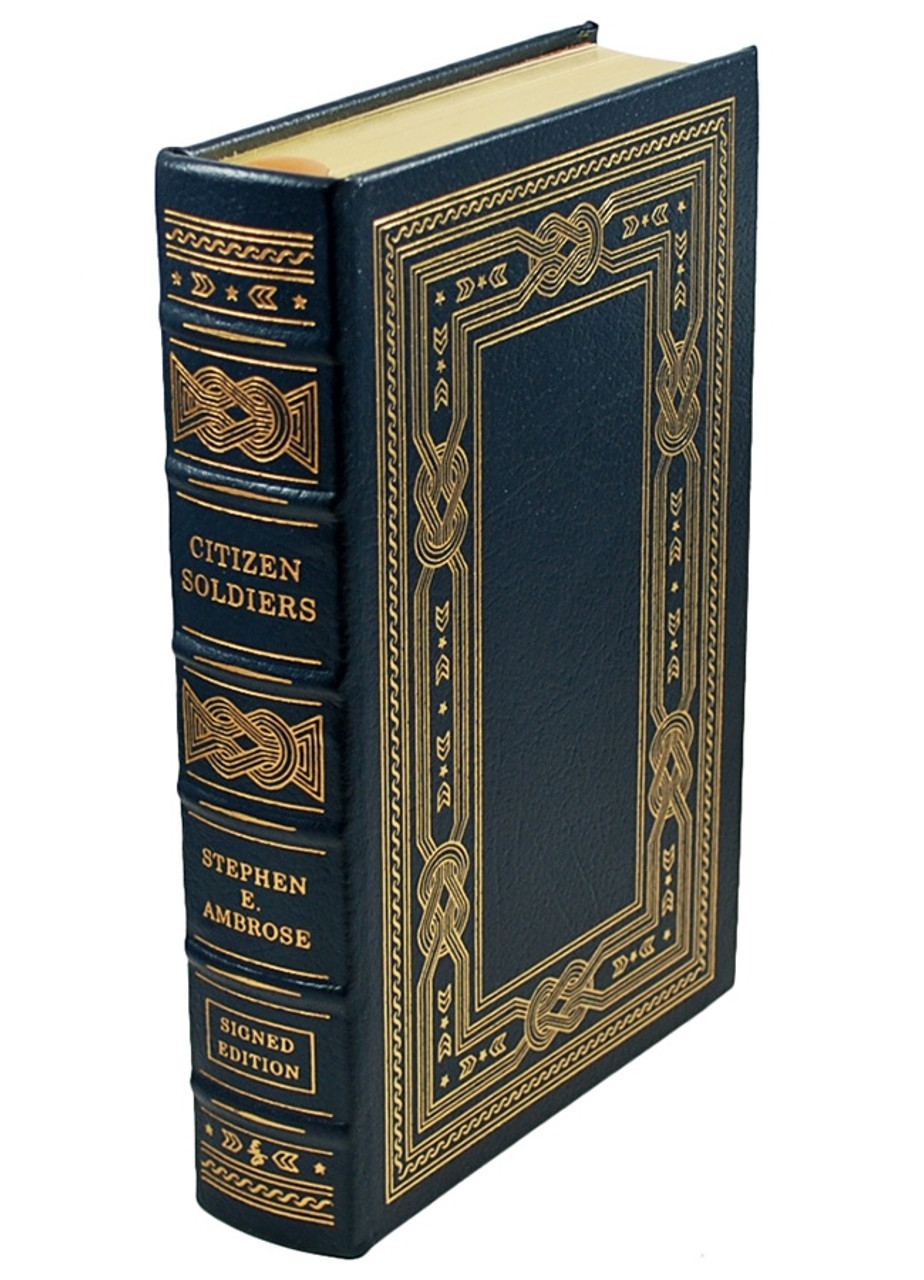 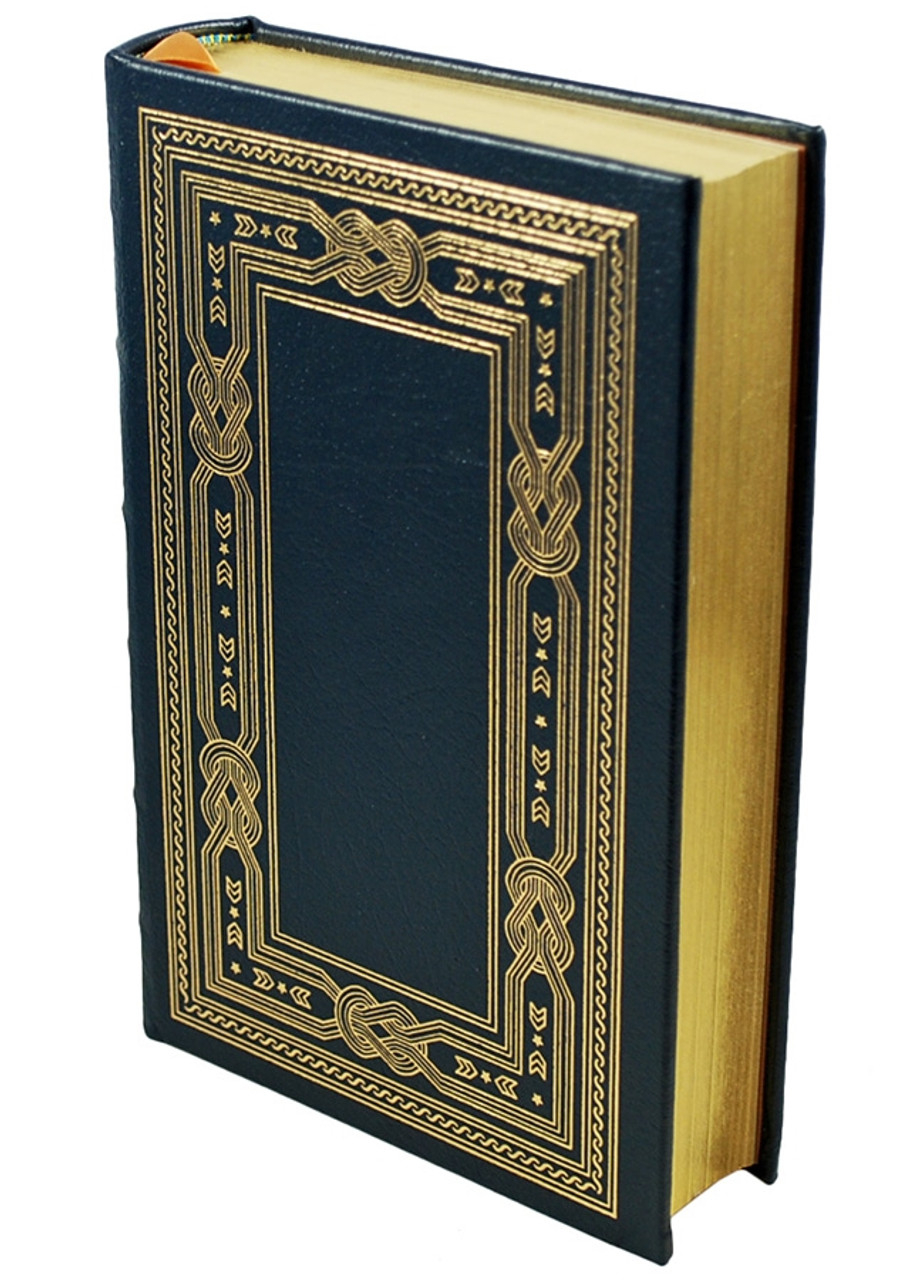 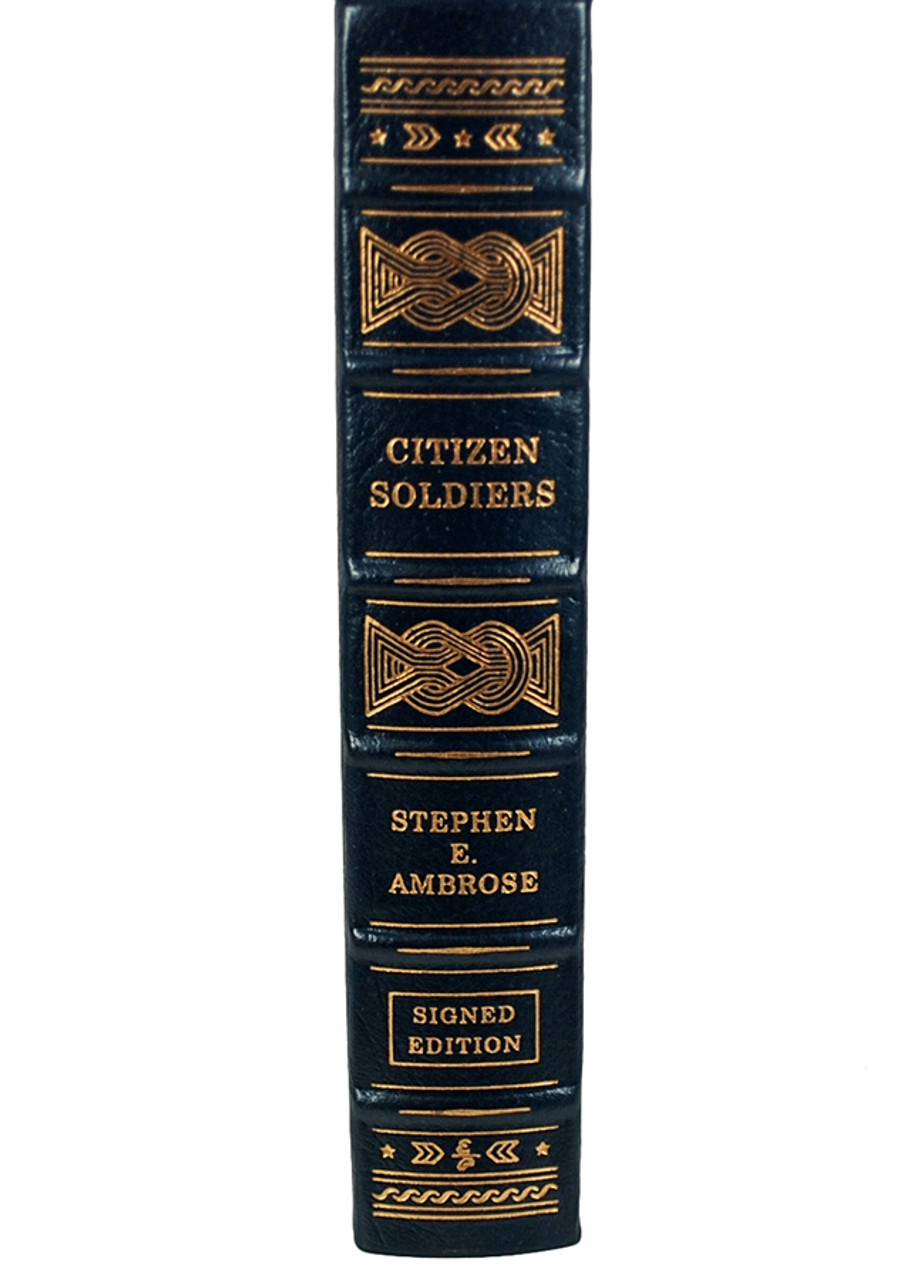 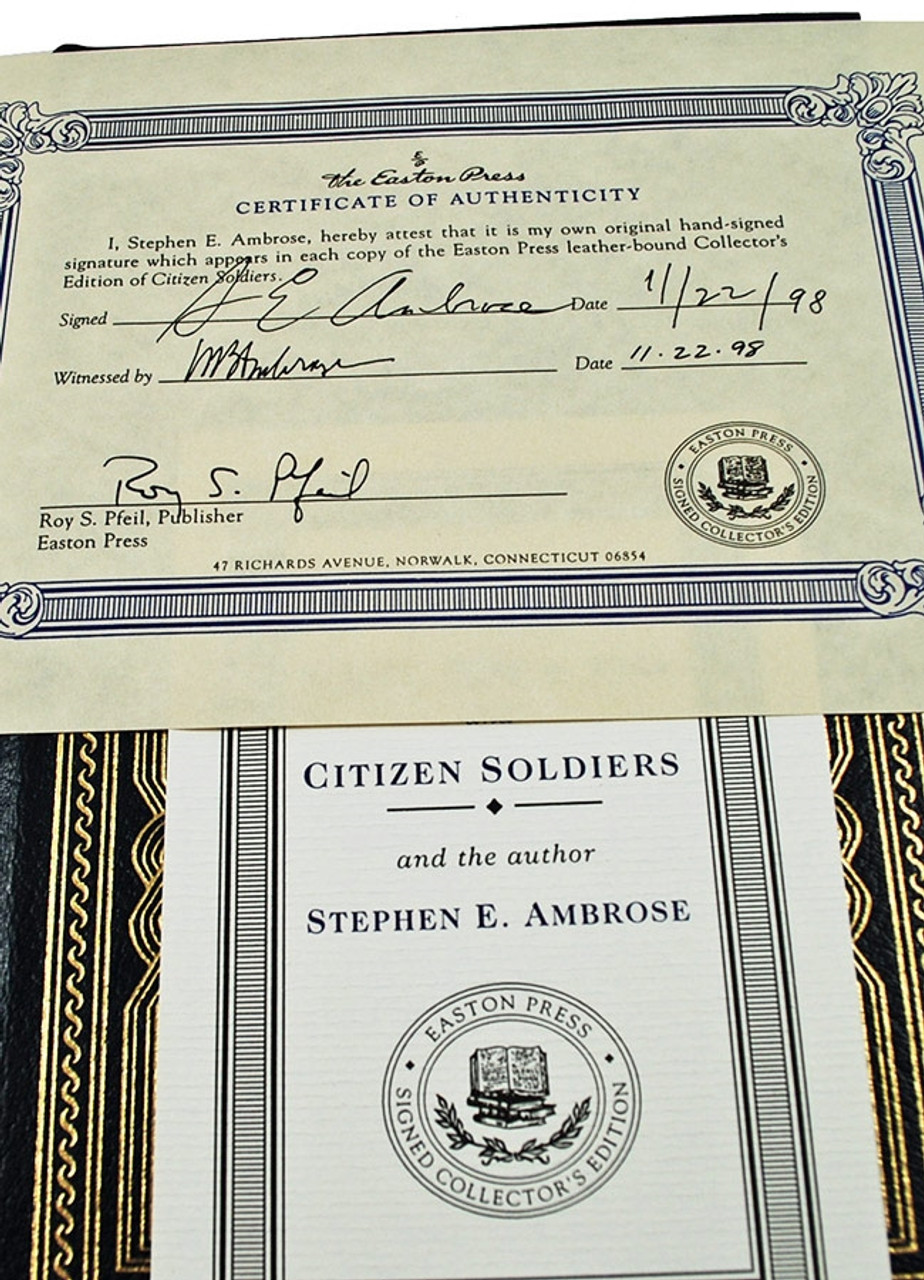 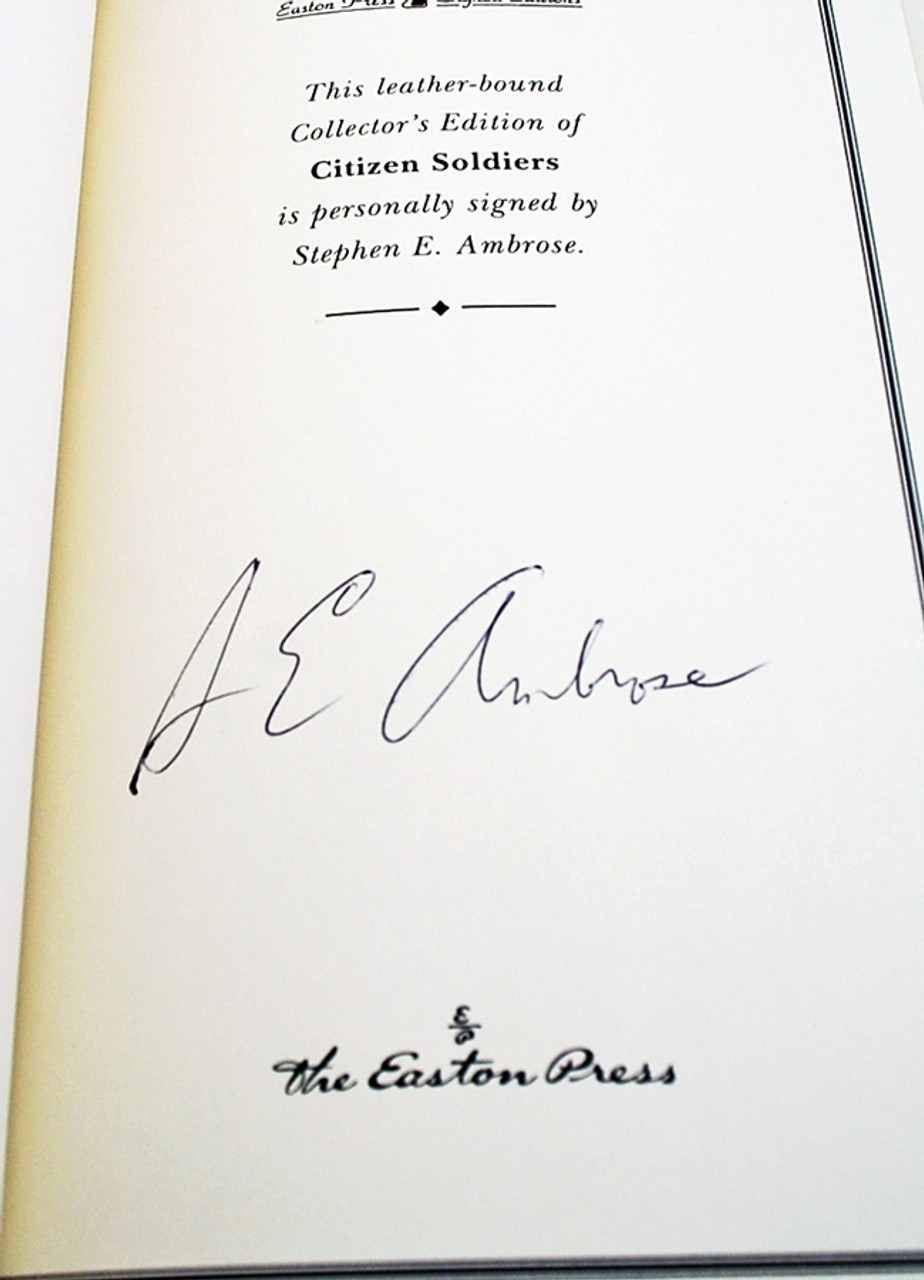 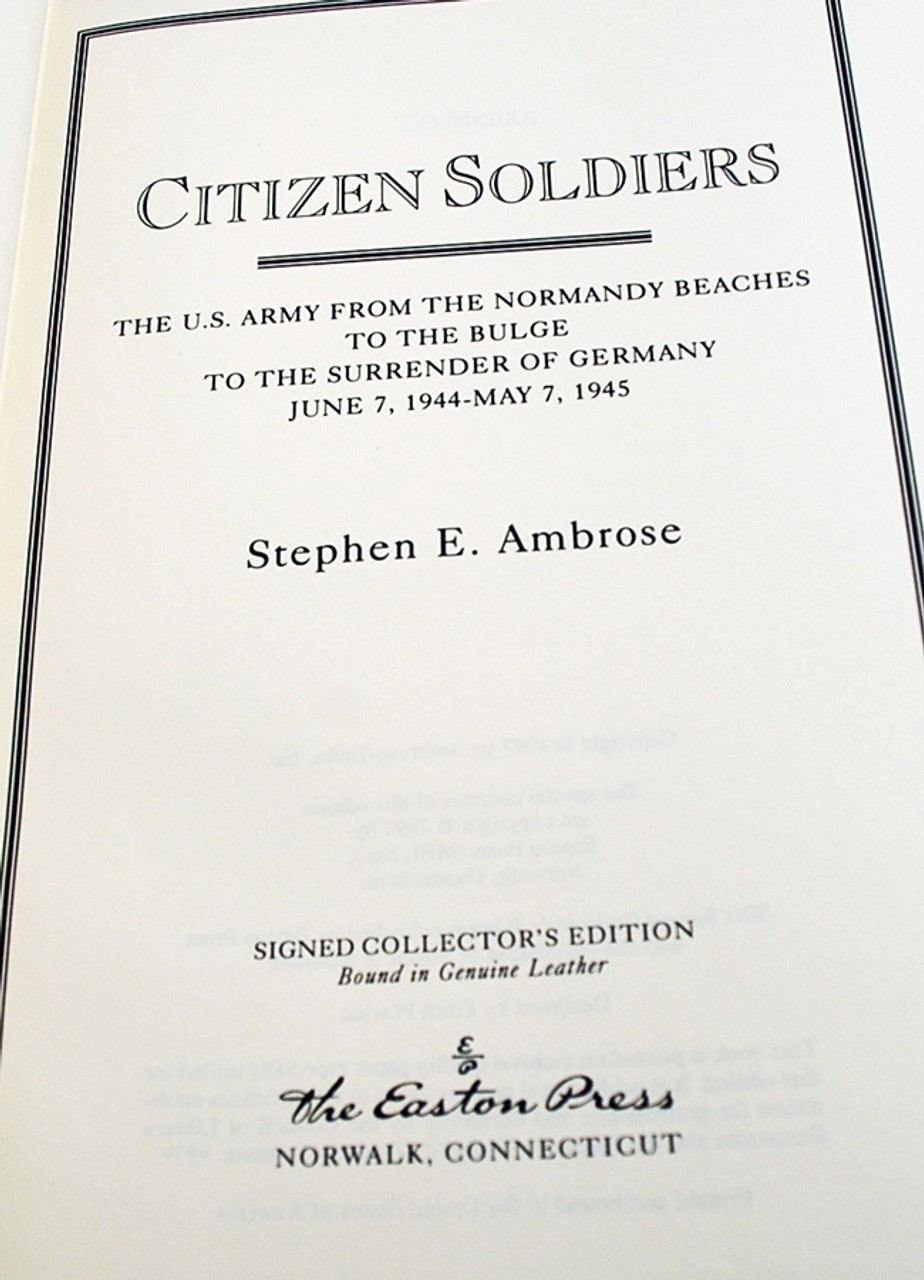 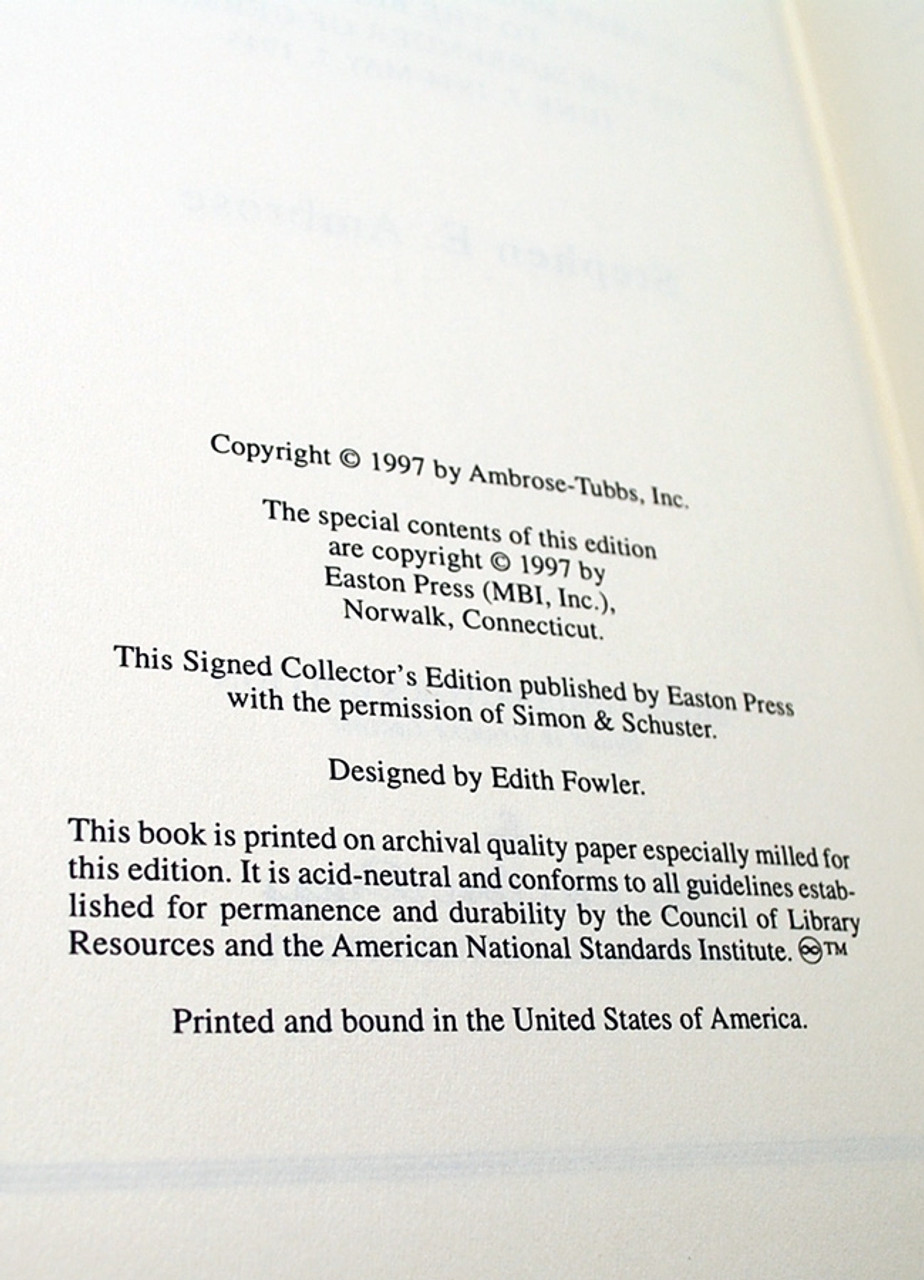 Easton Press, Norwalk, CT. 1997. Stephen E. Ambrose."Citizen Soldiers: The US. Army from The Normandy Beaches to The Bulge to the Surrender of Germany". Signed Limited Edition with COA (certificate of authenticity). The COA is also signed and dated by the author along with a witness. This leather bound collector's edition is luxuriously bound in navy blue full genuine leather with 22kt gold accents and gilded page edges.

About
Citizen Soldiers is a biography of the U.S. Army in the European Theater of Operations, June 7, 1944, to May 7, 1945. Allied citizen soldiers overcame their fear and inexperience, the mistakes of the high command, and the enemy to win the war. Once again, Stephen E. Ambrose shows that free men fight better than slaves, that the sons of democracy proved to be better soldiers than the sons of Nazi Germany." 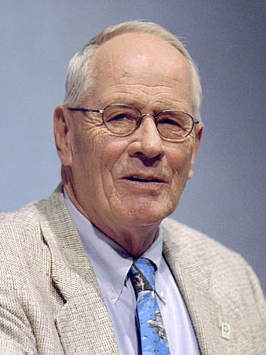