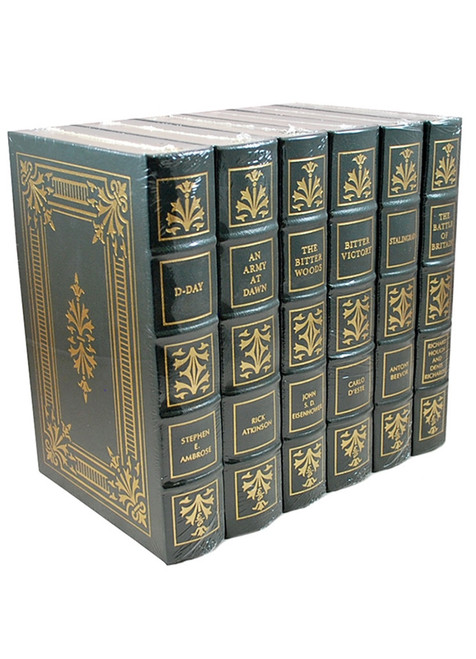 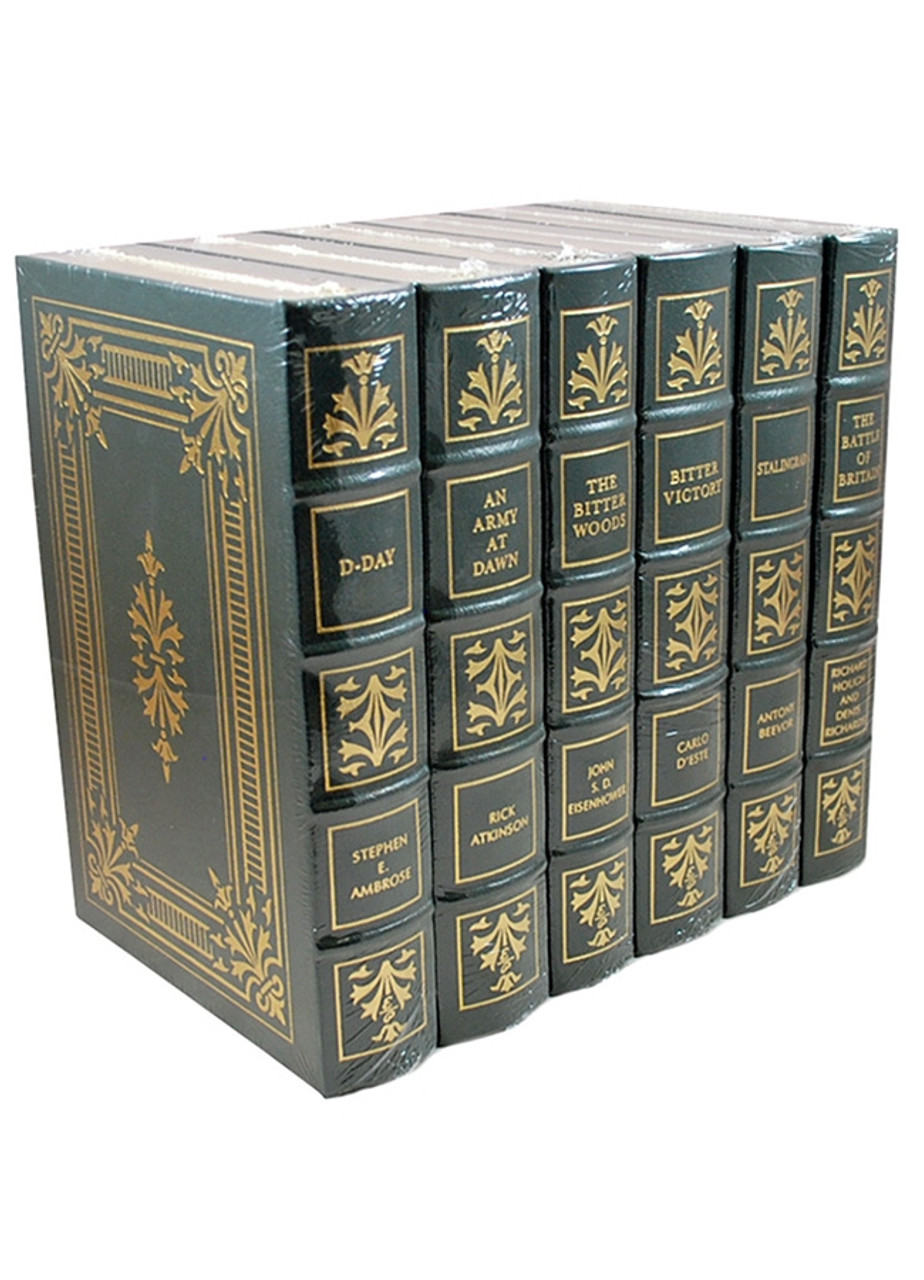 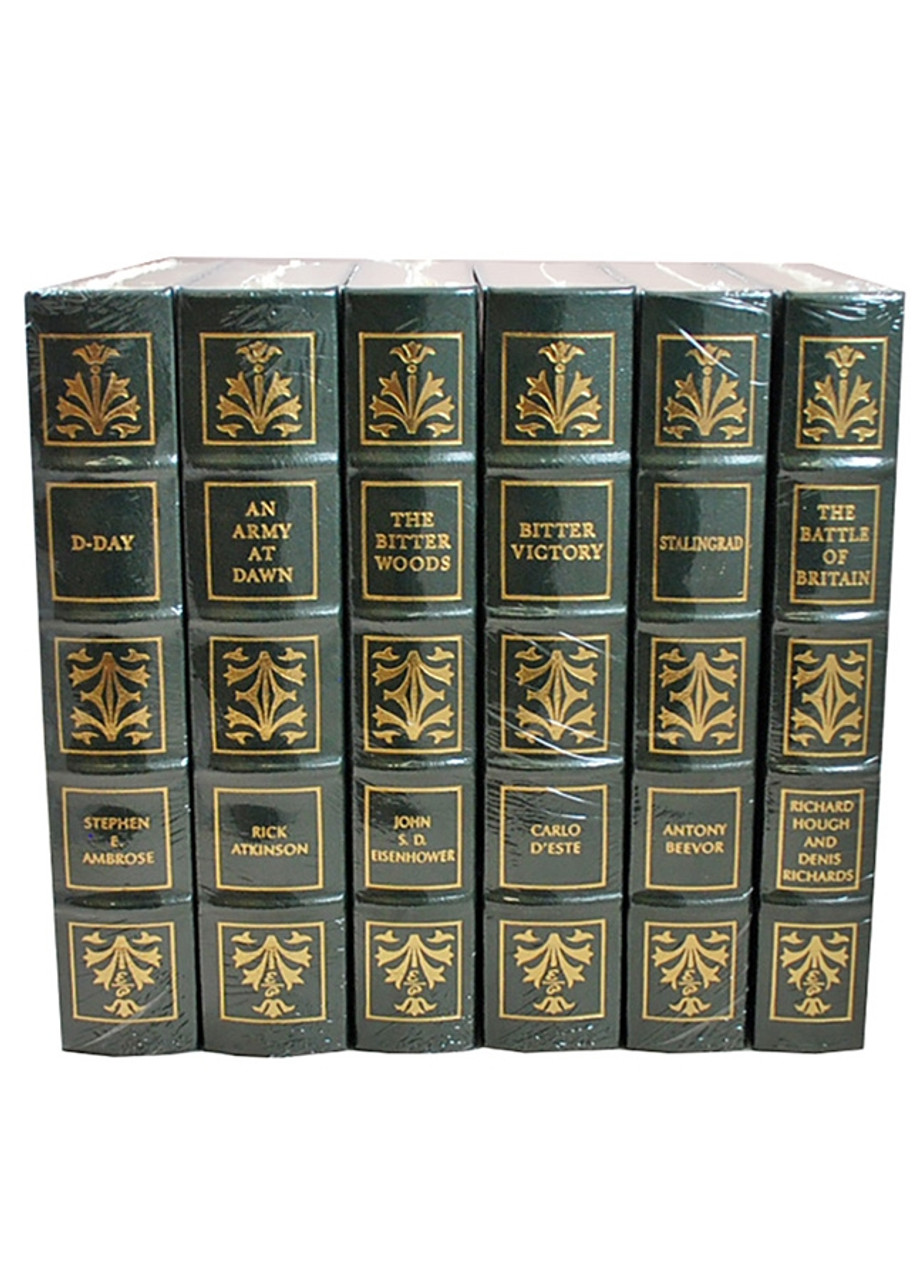 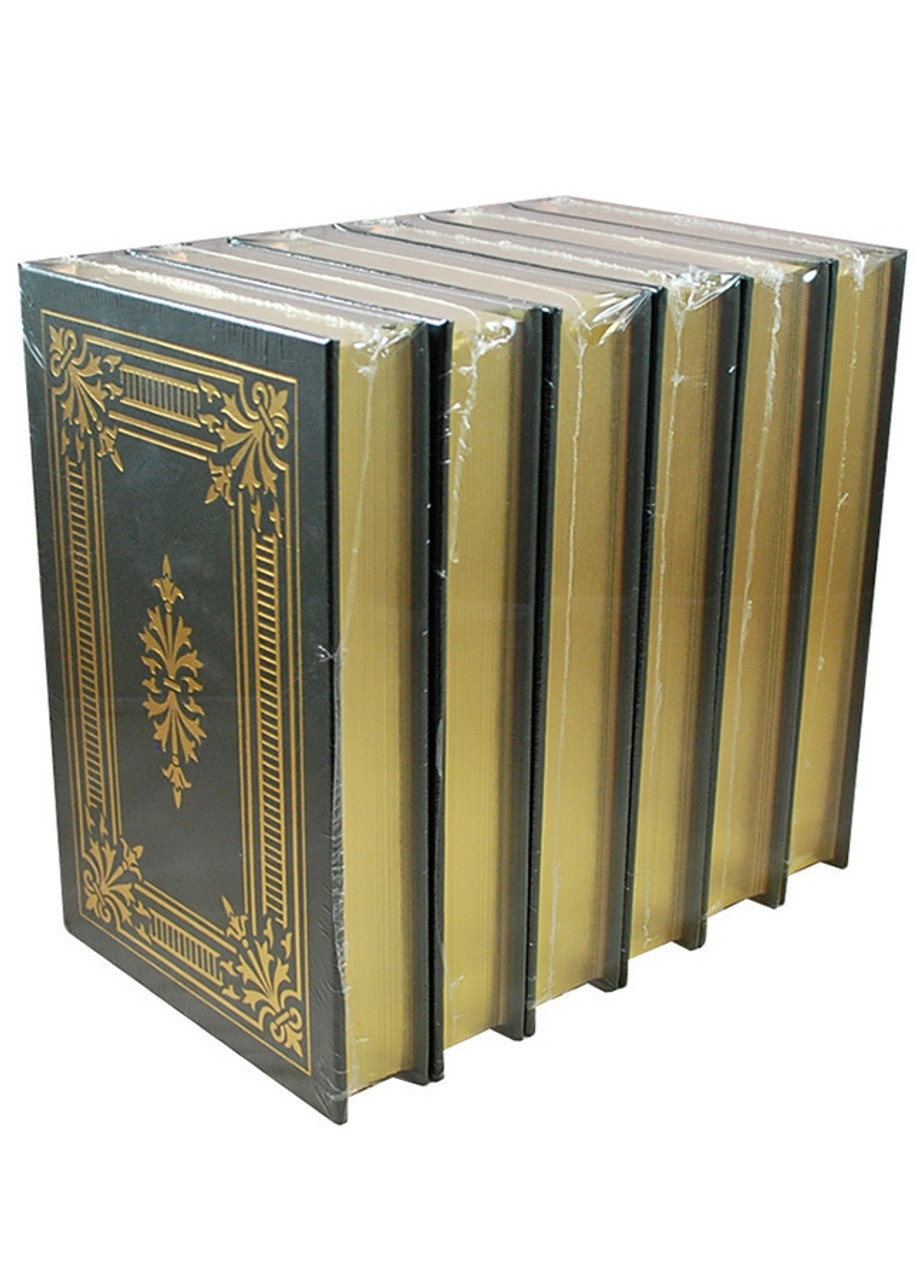 Six volume set in one shipment.

2. The Bitter Woods: The Battle of the Bulge, John S. D. Eisenhower

A definitive account of the three-month air battle in 1940 between the Royal Air Force and the Luftwaffe.

The victory of the Battle of Britain ranks with Marathon and the Marne as a decisive point in history. At the end of June 1940, having overrun much of Western Europe, the Nazi war leaders knew that they had to defeat the Royal Air Force Fighter Command before they could invade the British mainland. With a finely-struck balance of historical background and dramatic renderings of RAF and Luftwaffe engagements over the English countryside, Hough and Richards offer a history that is at once deep and wide-ranging. They offer insight into how the British laid the groundwork for victory through aircraft research and production, the development and implementation of command and control structures, and research into new technologies, the most important of which was radar. Hough and Richards also utilize first-person accounts of the battle whenever possible, rendering the battle scenes with cinematic intensity. A compelling introduction to one of the most important battles of World War II, The Battle of Britain pays tribute to the men about whom Winston Churchill would remark, "Never in the field of human conflict was so much owed by so many to so few."

The Bitter Woods: The Battle of the Bulge, John S. D. Eisenhower

It was the greatest single battle the U.S. Army ever fought. More than a million GIs were involved and nearly 80,000 became casualties. The Allied generals had to rally beaten, dispirited troops in the face of an attack they had never dreamed possible.A study in command, from generals to squad leaders, The Bitter Woods follows von Runstedt, Dietrich, and of course Hitler, as closely as the Americans. As son of the supreme commander Dwight D. Eisenhower, a West Point graduate, a retired Army brigadier general, and a military historian, John Eisenhower is uniquely qualified to tell how the Allied generals (nearly all of whom he knew personally) met Hitler's challenge; how the two armies fought fiercely in the Ardennes from December 1944 to January 1945; and how the Allied victory broke the back of Nazi aggression.

WINNER OF THE PULITZER PRIZE AND NEW YORK TIMES BESTSELLER

"A splendid book... The emphasis throughout is on the human drama of men at war."―The Washington Post Book World

The liberation of Europe and the destruction of the Third Reich is an epic story of courage and calamity, of miscalculation and enduring triumph. In this first volume of the Liberation Trilogy, Rick Atkinson shows why no modern reader can understand the ultimate victory of the Allied powers without a grasp of the great drama that unfolded in North Africa in 1942 and 1943.

Opening with the daring amphibious invasion in November 1942, An Army at Dawn follows the American and British armies as they fight the French in Morocco and Algiers, and then take on the Germans and Italians in Tunisia. Battle by battle, an inexperienced and sometimes poorly led army gradually becomes a superb fighting force. At the center of the tale are the extraordinary but flawed commanders who come to dominate the battlefield: Eisenhower, Patton, Bradley, Montgomery, and Rommel.

Brilliantly researched, rich with new material and vivid insights, Atkinson's vivid narrative tells the deeply human story of a monumental battle for the future of civilization.

The Battle of Stalingrad was not only the psychological turning point of World War II: it also changed the face of modern warfare. From Antony Beevor, the internationally bestselling author of D-Day and The Battle of Arnhem.

In August 1942, Hitler's huge Sixth Army reached the city that bore Stalin's name. In the five-month siege that followed, the Russians fought to hold Stalingrad at any cost; then, in an astonishing reversal, encircled and trapped their Nazi enemy. This battle for the ruins of a city cost more than a million lives. Stalingrad conveys the experience of soldiers on both sides, fighting in inhuman conditions, and of civilians trapped on an urban battlefield. Antony Beevor has itnerviewed survivors and discovered completely new material in a wide range of German and Soviet archives, including prisoner interrogations and reports of desertions and executions. As a story of cruelty, courage, and human suffering, Stalingrad is unprecedented and unforgettable.

Bitter Victory illuminates a chapter of World War II that has lacked a balanced, full-scale treatment until now. In recounting the second-largest amphibious operation in military history, Carlo D'Este for the first time reveals the conflicts in planning and the behind-the-scenes quarrels between top Allied commanders. The book explodes the myth of the Patton-Montgomery rivalry and exposes how Alexander's inept generalship nearly wrecked the campaign. D'Este documents in chilling detail the series of savage battles fought against an overmatched but brilliant foe and how the Germans—against overwhelming odds—carried out one of the greatest strategic withdrawals in history. His controversial narrative depicts for the first time how the Allies bungled their attempt to cut off the Axis retreat from Sicily, turning what ought to have been a great triumph into a bitter victory that later came to haunt the Allies in Italy.

Using a wealth of original sources, D'Este paints an unforgettable portrait of men at war. From the front lines to the councils of the Axis and Allied high commands, Bitter Victory offers penetrating reassessments of the men who masterminded the campaign. Thrilling and authoritative, this is military history on an epic scale.

Stephen E. Ambrose’s D-Day is the definitive history of World War II’s most pivotal battle, a day that changed the course of history.

D-Day is the epic story of men at the most demanding moment of their lives, when the horrors, complexities, and triumphs of life are laid bare. Distinguished historian Stephen E. Ambrose portrays the faces of courage and heroism, fear and determination—what Eisenhower called “the fury of an aroused democracy”—that shaped the victory of the citizen soldiers whom Hitler had disparaged.Drawing on more than 1,400 interviews with American, British, Canadian, French, and German veterans, Ambrose reveals how the original plans for the invasion had to be abandoned, and how enlisted men and junior officers acted on their own initiative when they realized that nothing was as they were told it would be.

The action begins at midnight, June 5/6, when the first British and American airborne troops jumped into France. It ends at midnight June 6/7. Focusing on those pivotal twenty-four hours, it moves from the level of Supreme Commander to that of a French child, from General Omar Bradley to an American paratrooper, from Field Marshal Montgomery to a German sergeant.

Ambrose’s D-Day is the finest account of one of our history’s most important days.