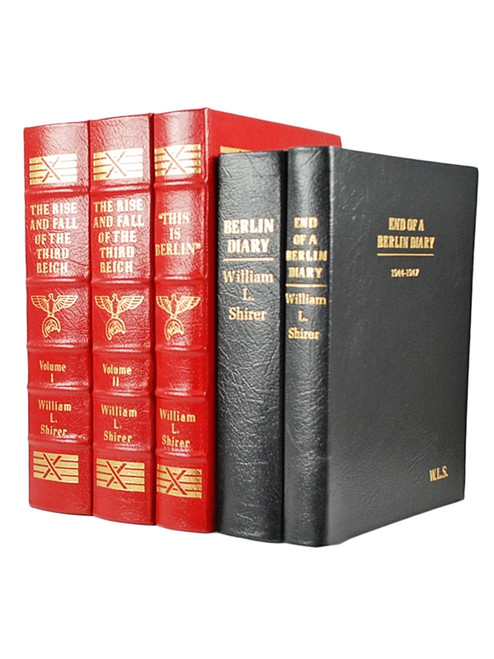 This is the fiftieth anniversary edition of the National Book Award–winning bestseller that is the definitive study of Adolf Hitler, the rise of Nazi Germany, the Holocaust, and World War II.


William Lawrence Shirer (February 23, 1904 – December 28, 1993) was an American journalist, war correspondent, and historian, who wrote The Rise and Fall of the Third Reich, a history of Nazi Germany that has been read by many and cited in scholarly works for more than 50 years. Originally a foreign correspondent for the Chicago Tribune and the International News Service, Shirer was the first reporter hired by Edward R. Murrow for what would become a CBS radio team of journalists, and he became known for his broadcasts from Berlin, from the rise of the Nazi dictatorship through the first year of World War II (1940). With Murrow, he organized the first broadcast world news roundup, a format still followed by news broadcasts.

Shirer wrote more than a dozen books beside The Rise and Fall of the Third Reich, including Berlin Diary (published in 1941); The Collapse of the Third Republic (1969), which drew on his experience living and working in France from 1925 to 1933; and a three-volume autobiography, Twentieth Century Journey (1976 to 1990). His brother was an analyst for the Securities and Exchange Commission and his niece, Jean Ingold, was an employee of the Bureau of Labor Statistics.

All three volumes are unread and in very fine condition, free of any marks, scratches, and/or blemishes to the gilded page edges. The books have tight spines, and free of markings, writings, or stamps. No attached book plates or indication of any removed. Sharp corners.