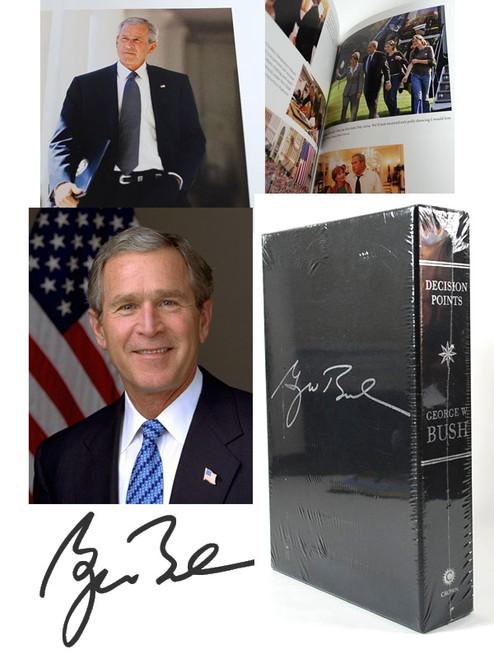 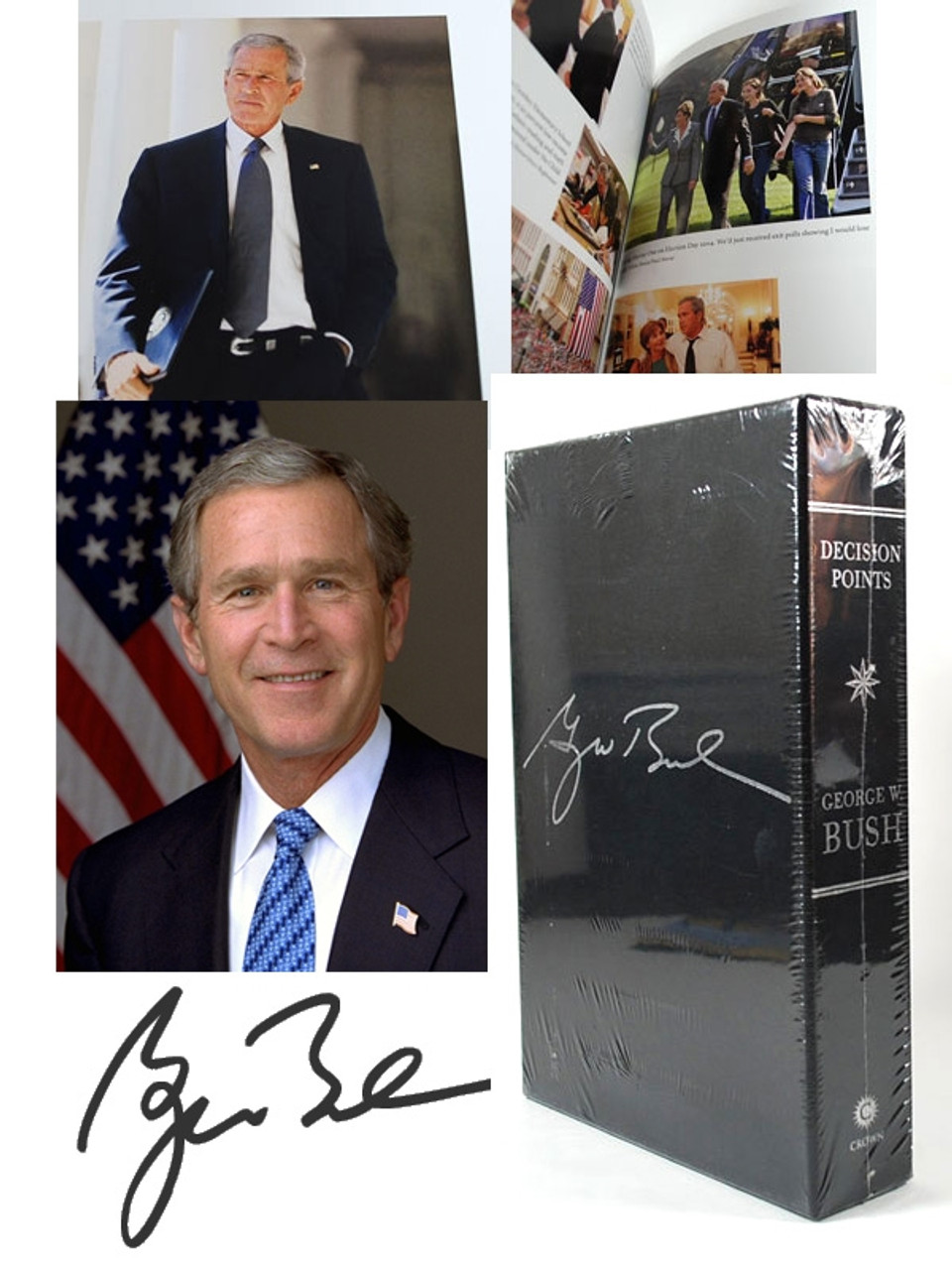 For the collector of presidential autographs. A remarkable opportunity to own this very rare volume, personally hand signed by President George W. Bush.

This Signed Limited Deluxe Edition of "Decision Points" is certain to be a collector's item and a highly sought after piece of Presidential history. Each copy has been individually signed and numbered.

Each copy has been personally hand signed by President George W. Bush. The book itself is printed on high-quality, acid-free paper and bound in a full cloth case with foil stamping. In addition, the book has a ribbon marker and a special color photo frontispiece not found in the regular hardcover edition of Decision Points. Each book is individually hand numbered, packed into slipcases, and will arrive in the original shrink-wrap.


"Decision Points" is the extraordinary memoir of America's 43rd president. Shattering the conventions of political autobiography, George W. Bush offers a strikingly candid journey through the defining decisions of his life.

In gripping, never-before-heard detail, President Bush brings readers inside the Texas Governor's Mansion on the night of the hotly contested 2000 election; aboard Air Force One on 9/11, in the hours after America's most devastating attack since Pearl Harbor; at the head of the table in the Situation Room in the moments before launching the war in Iraq; and behind the Oval Office desk for his historic and controversial decisions on the financial crisis, Hurricane Katrina, Afghanistan, Iran, and other issues that have shaped the first decade of the 21st century.

President Bush writes honestly and directly about his flaws and mistakes, as well as his accomplishments reforming education, treating HIV/AIDS in Africa, and safeguarding the country amid chilling warnings of additional terrorist attacks. He also offers intimate new details on his decision to quit drinking, discovery of faith, and relationship with his family.

A groundbreaking new brand of memoir, Decision Points will captivate supporters, surprise critics, and change perspectives on one of the most consequential eras in American history , and the man at the center of events.

This signed limited edition contains many black and white as well as color photographs as shown:

Bush is the eldest son of President George H. W. Bush, who served as the 41st President, and Barbara Bush, making him one of only two American presidents to be the son of a preceding president. After graduating from Yale University in 1968 and Harvard Business School in 1975, Bush worked in oil businesses. He married Laura Welch in 1977 and unsuccessfully ran for the House of Representatives shortly thereafter. He later co-owned the Texas Rangers baseball team before defeating Ann Richards in the 1994 Texas gubernatorial election. In a close and controversial election, Bush was elected President in 2000 as the Republican candidate, defeating then-Vice President Al Gore in the Electoral College.

A wonderful bright clean copy, still sealed in the original shrink-wrap as shown. Free of any marks, writings, stamps and no bumped corners. Other photos shown from another signed copy.