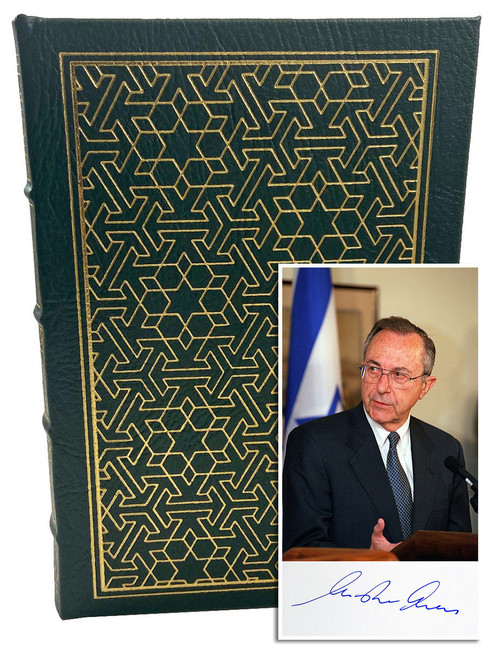 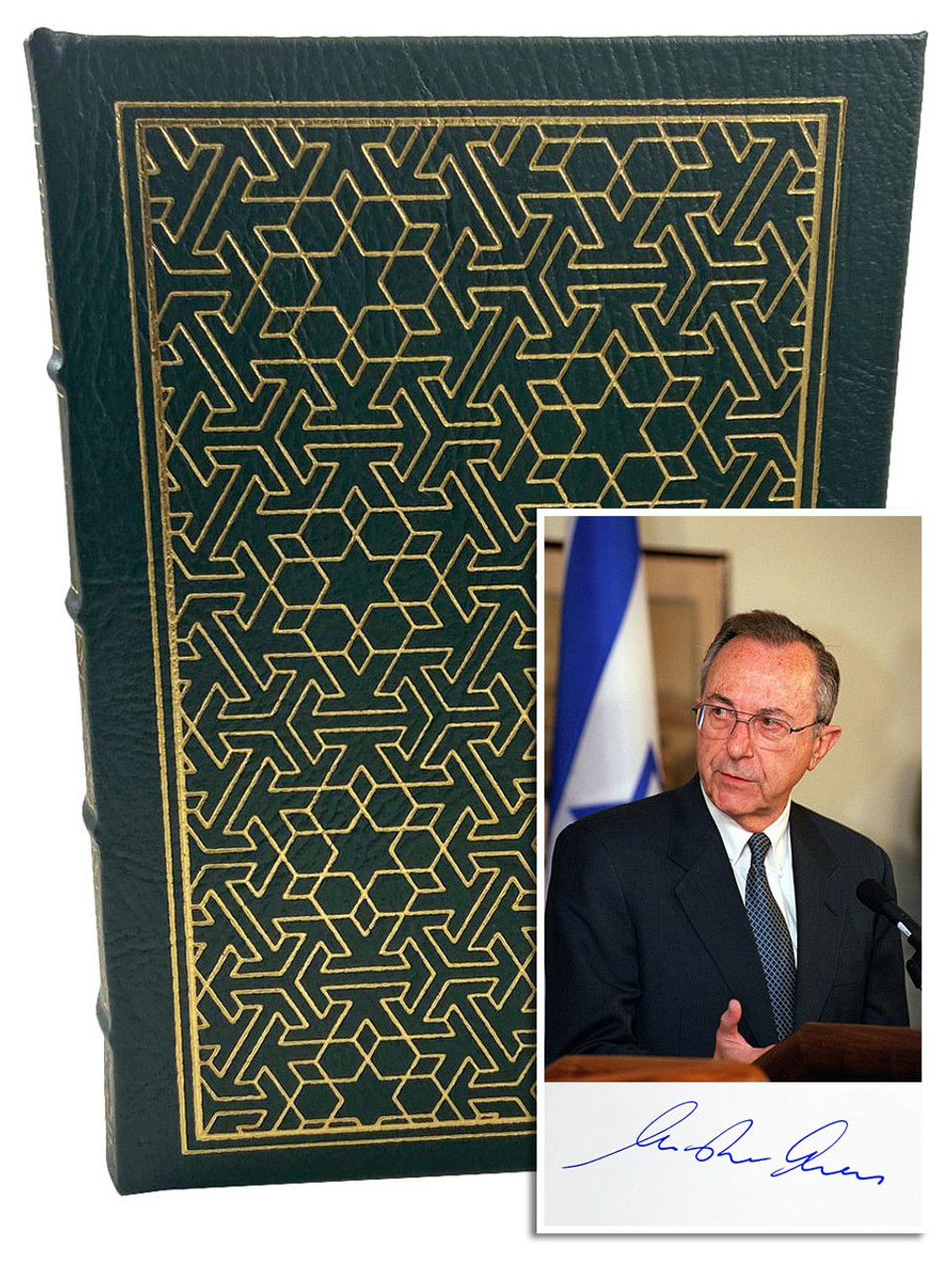 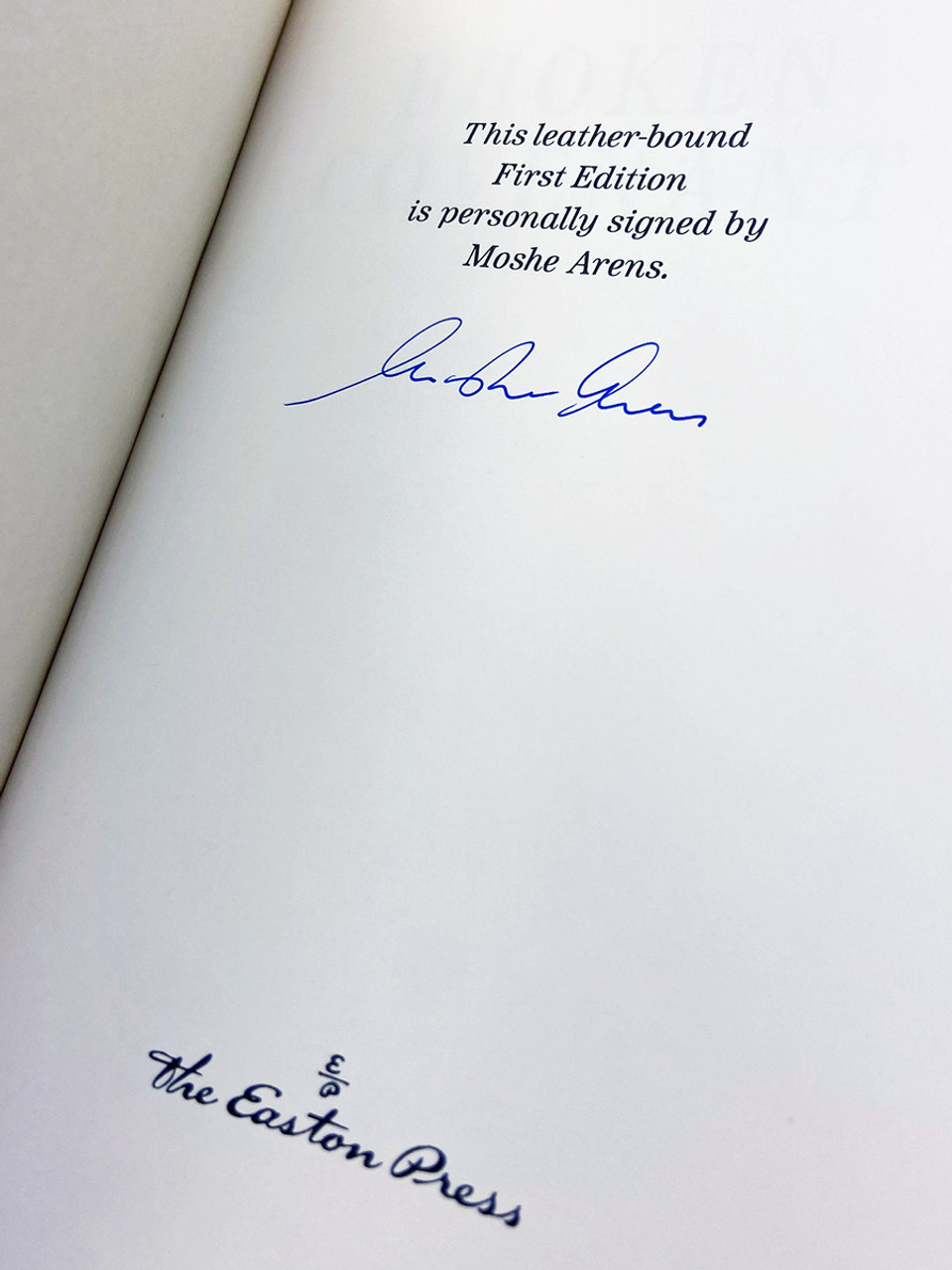 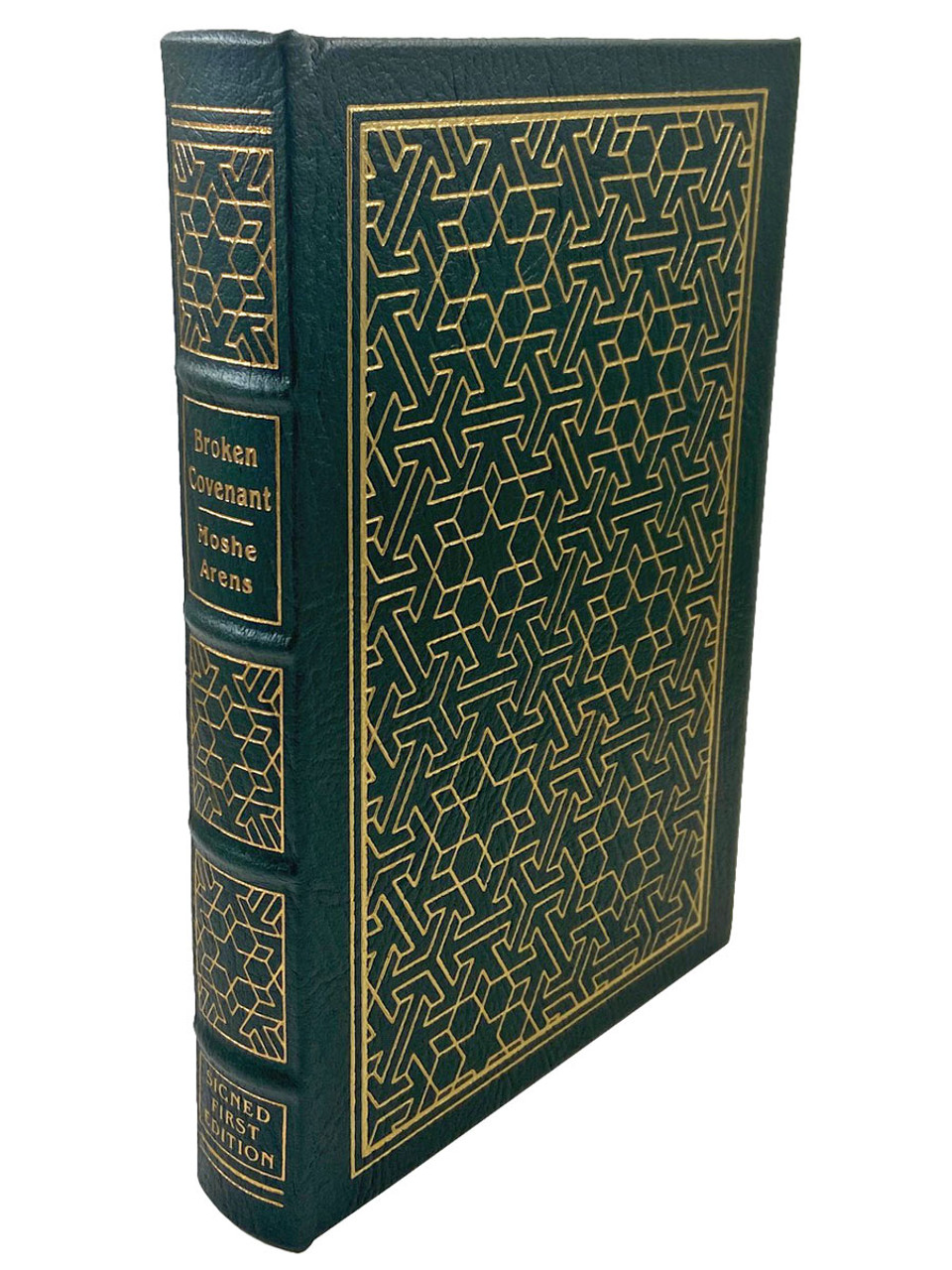 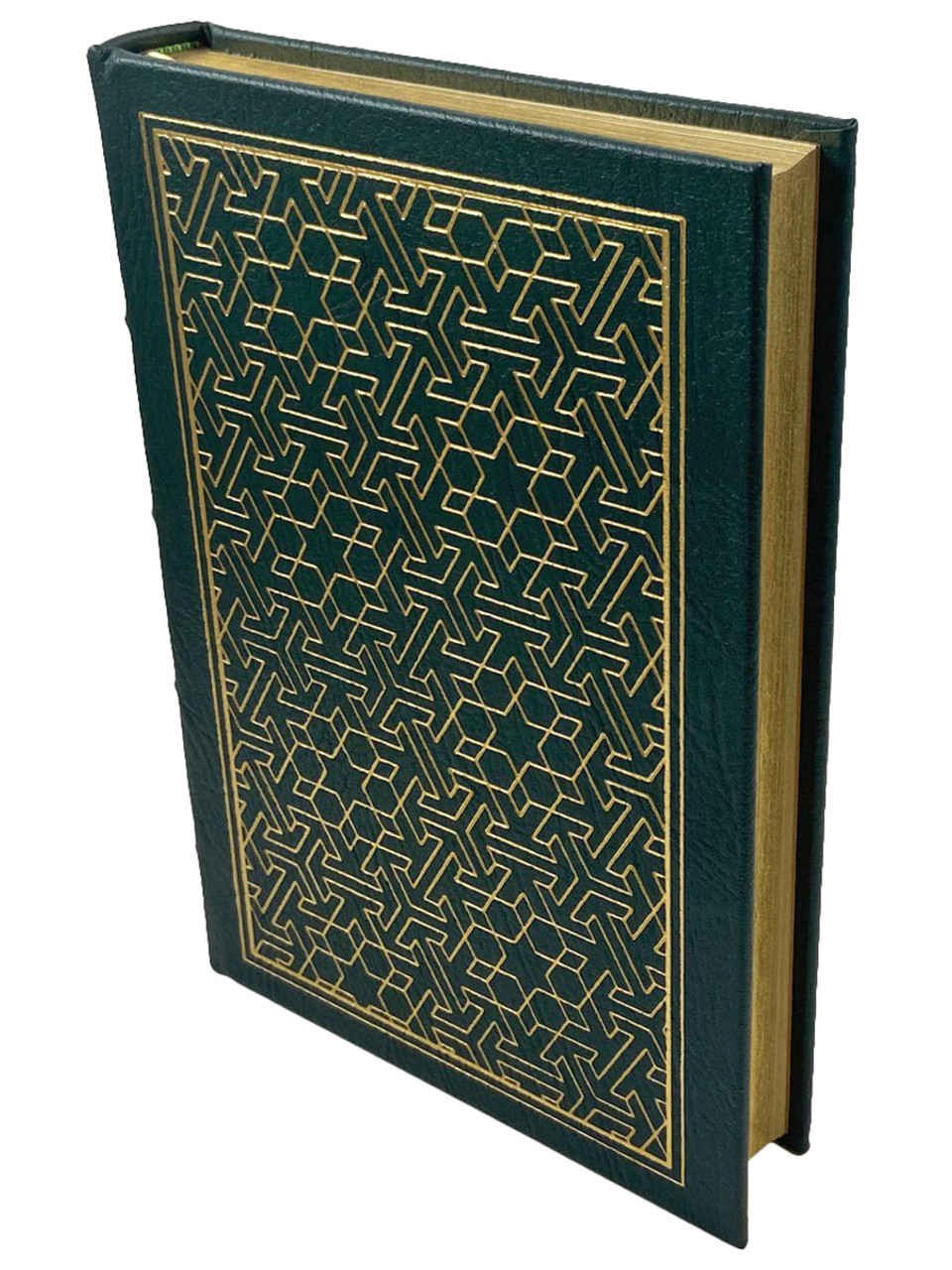 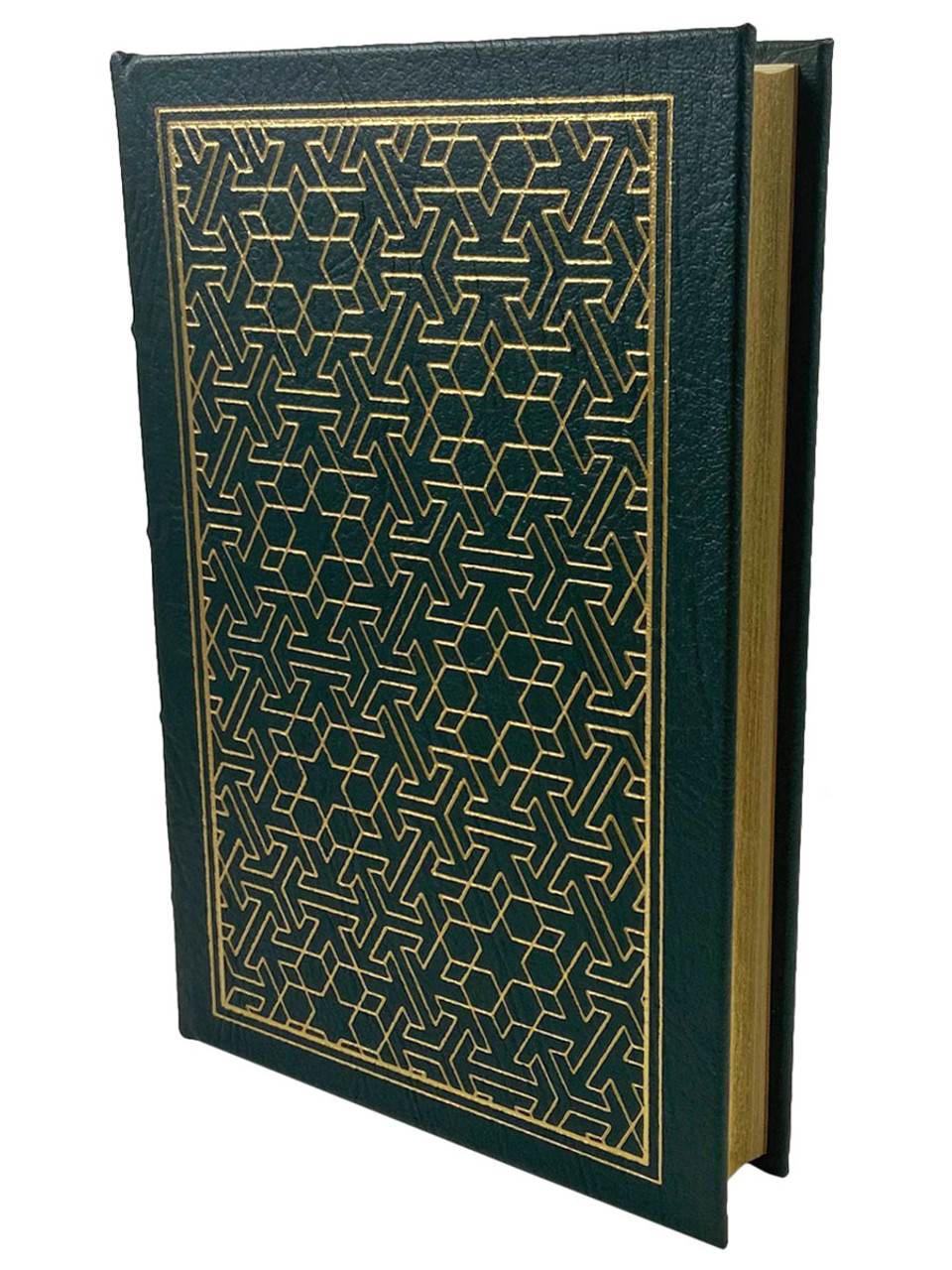 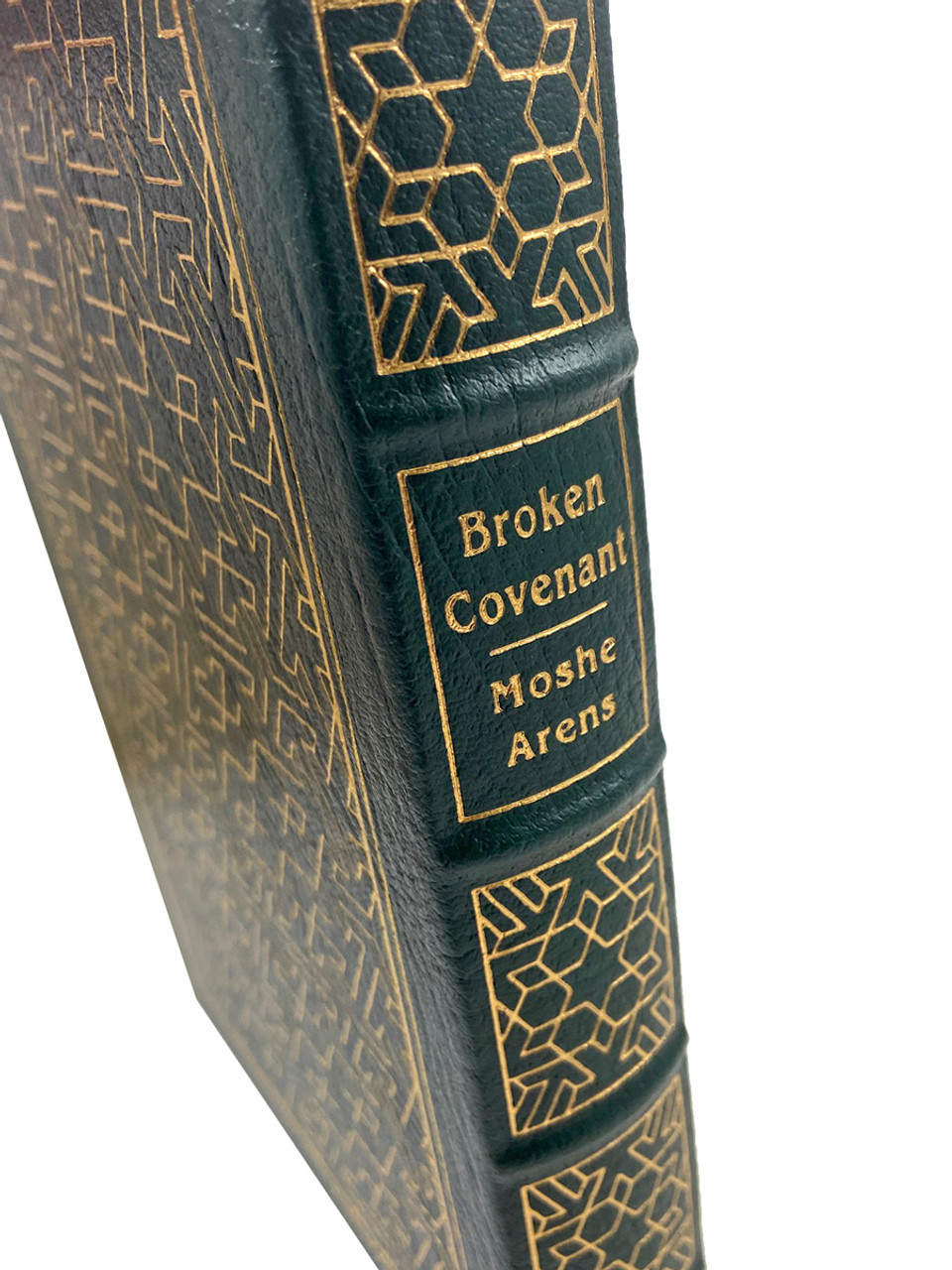 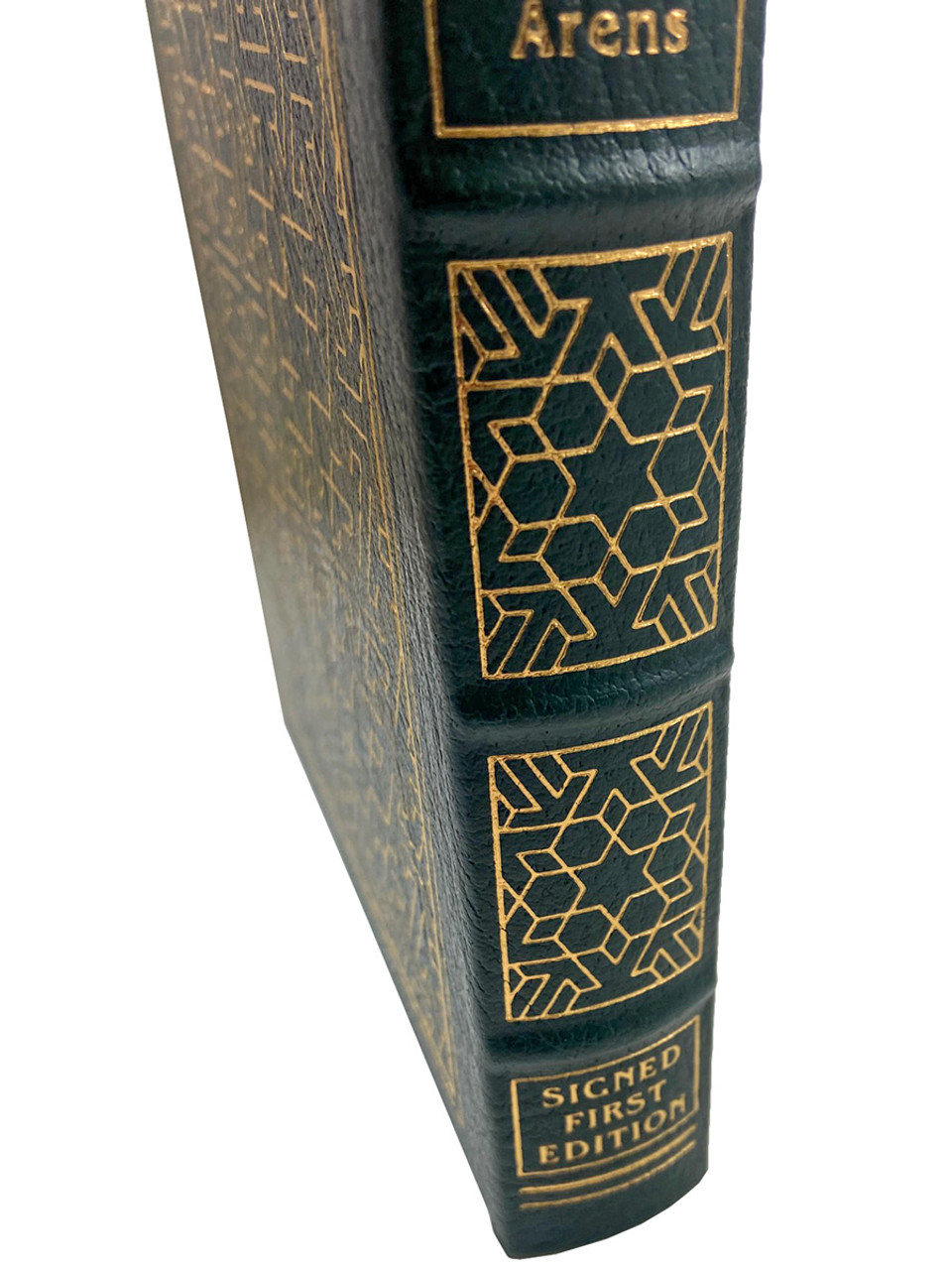 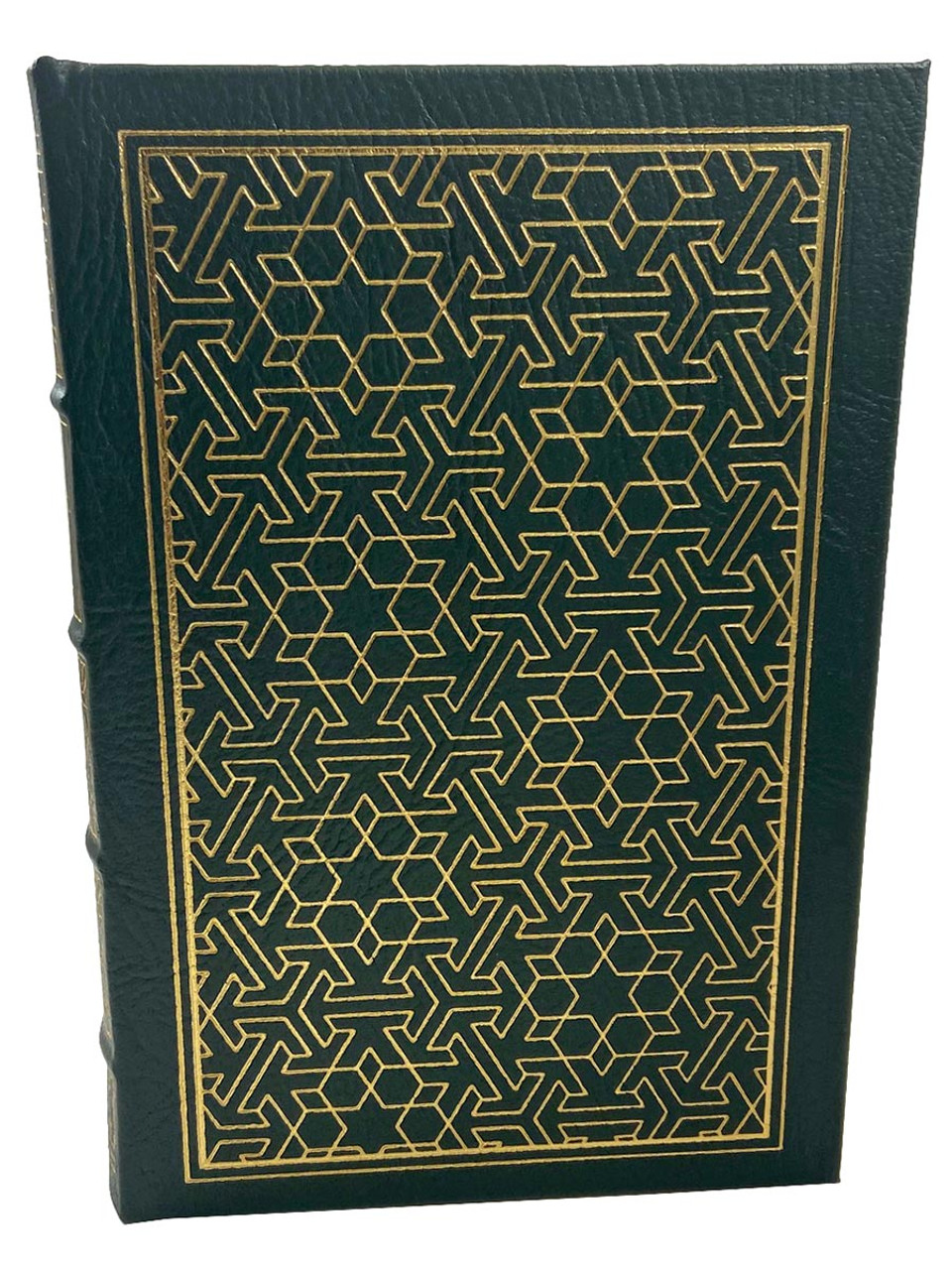 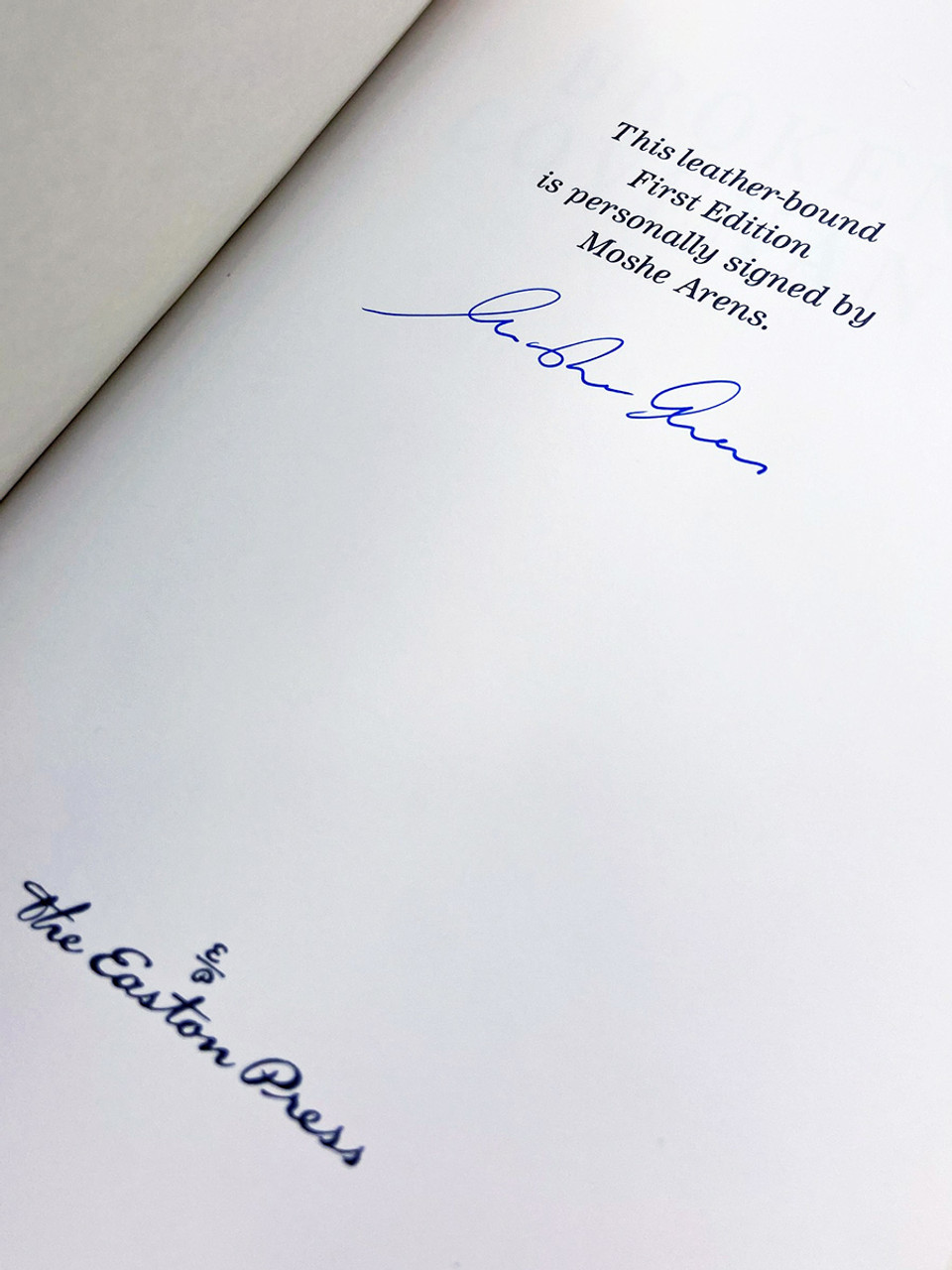 Easton Press, Norwalk CT. 1995. Moshe Arens "Broken Covenant: American Foreign Policy and the Crisis Between the U.S. and Israel" Signed First Edition. Luxuriously bound in full genuine leather. "Signed First Edition" as stated on the spine of the book. Sealed without any flaws.

Arens reveals details of diplomacy he was involved in as Israel's foreign minister, then as defense minister for the ruling Likud coalition during the period 1988-1992. There are two major areas of interest here: the struggle to restrain Labor leaders from granting territorial concessions to the Arabs in return for a doubtful peace agreement; the deterioration of U.S.-Israel relations because of the Bush administration's interference, led by Secretary of State James Baker, in Israel's internal affairs. Arens charges that Israel's efforts to defend itself against Iraqi missile attacks during the Gulf War were deliberately hindered, as Washington withheld economic and military aid until after Labor defeated the Likud government in 1992. Arens recounts that he saw problems looming when he was Tel Aviv's ambassador to Washington in the early 1980s: "A number of people in the White House did not share Reagan's enthusiasm and friendship for Israel." He writes broodingly about Israel being "surrounded by societies with a long tradition of fanaticism, violence, brutality, and intolerance to minorities," and conveys his fear that Israel will make so many territorial concessions that it will become undefendable. Author tour. Copyright 1995 Reed Business Information, Inc.

Moshe Arens (27 December 1925) is an Israeli aeronautical engineer, researcher and former diplomat and politician. A member of the Knesset between 1973 and 1992 and again from 1999 until 2003, he served as Minister of Defense three times and once as Minister of Foreign Affairs. Arens has also served as the Israeli ambassador to the U.S. and was professor at the Technion in Haifa.

Personally signed by the artist, Bernie Wrightson, directly onto the title page of the book. FIRST EDITION, FIRST PRINTING WITH ALL THE CORRECT ISSUE POINTS A very unique and colorful comic that you...

Personally signed by Gordon Cooper, the American aeronautical engineer, test pilot and one of the seven original astronauts in Project Mercury. A Rare Signed Leather Bound Volume for your Space...