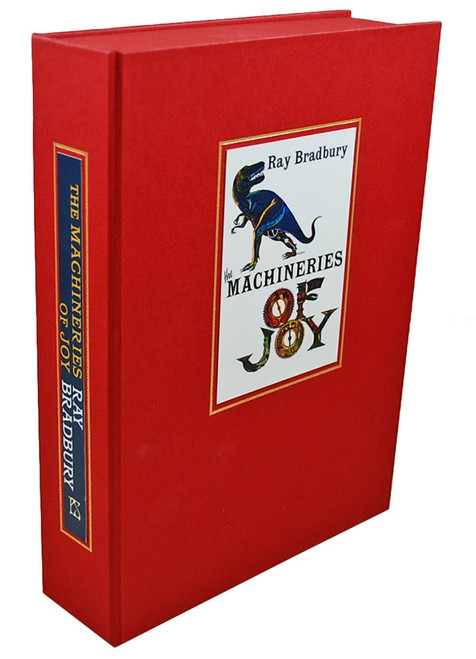 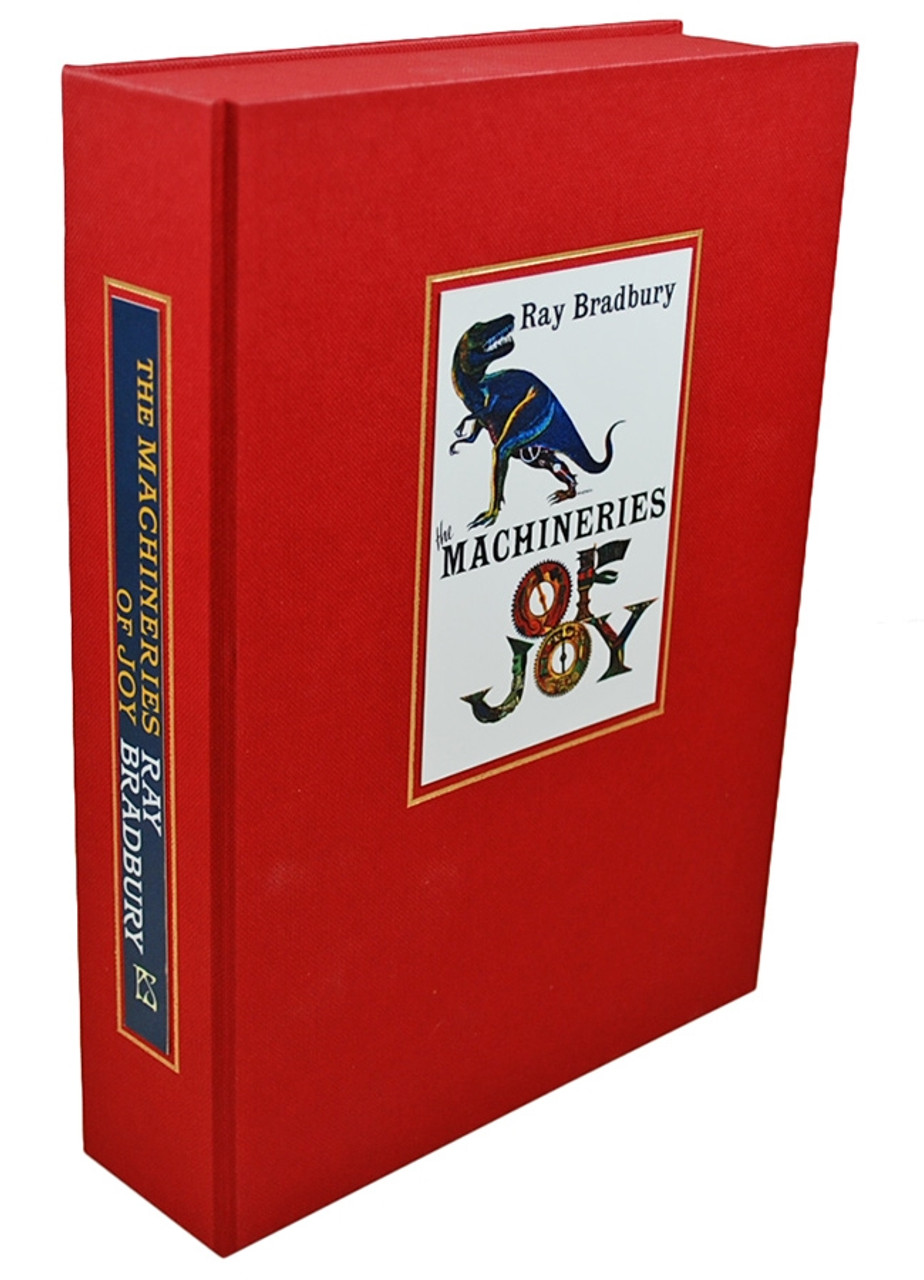 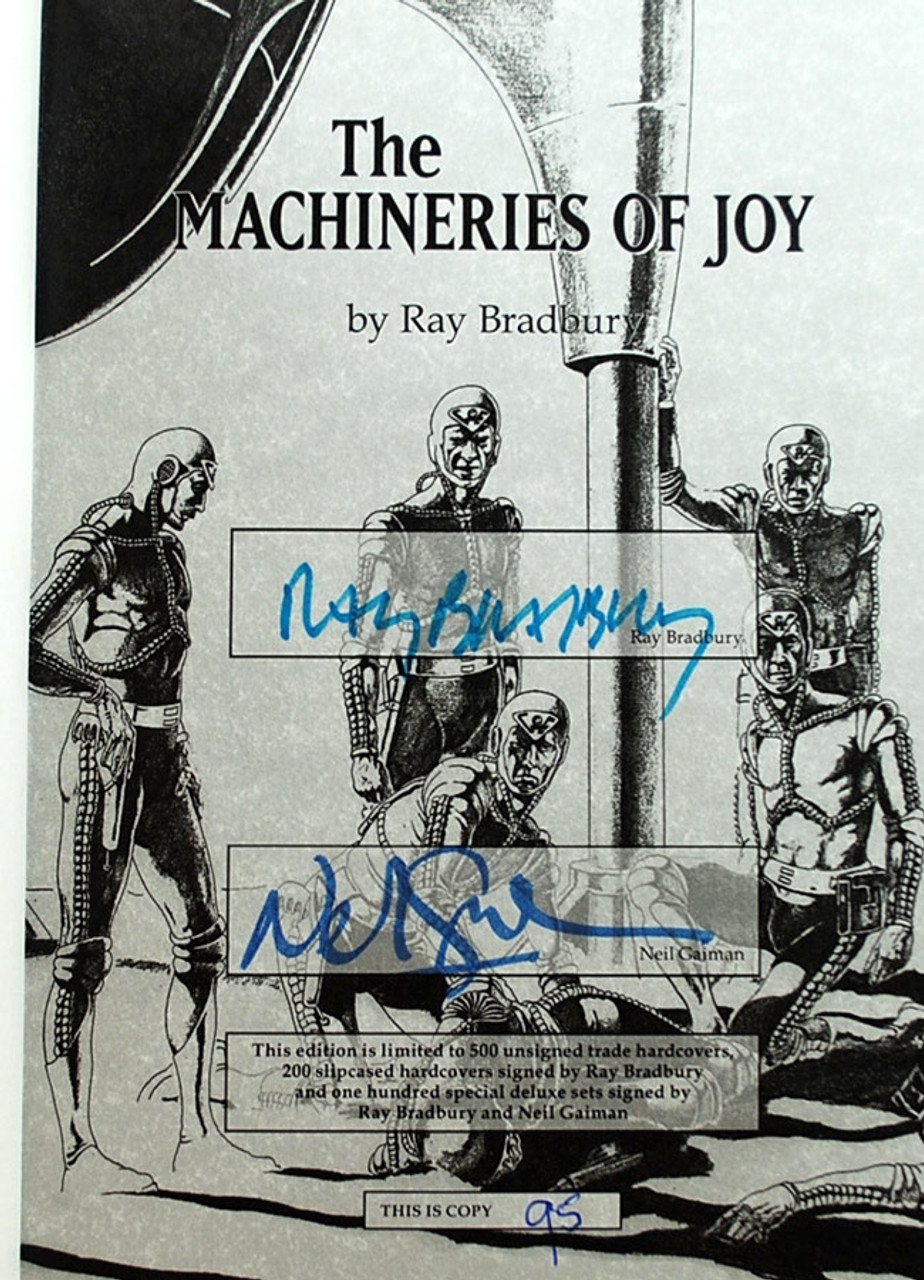 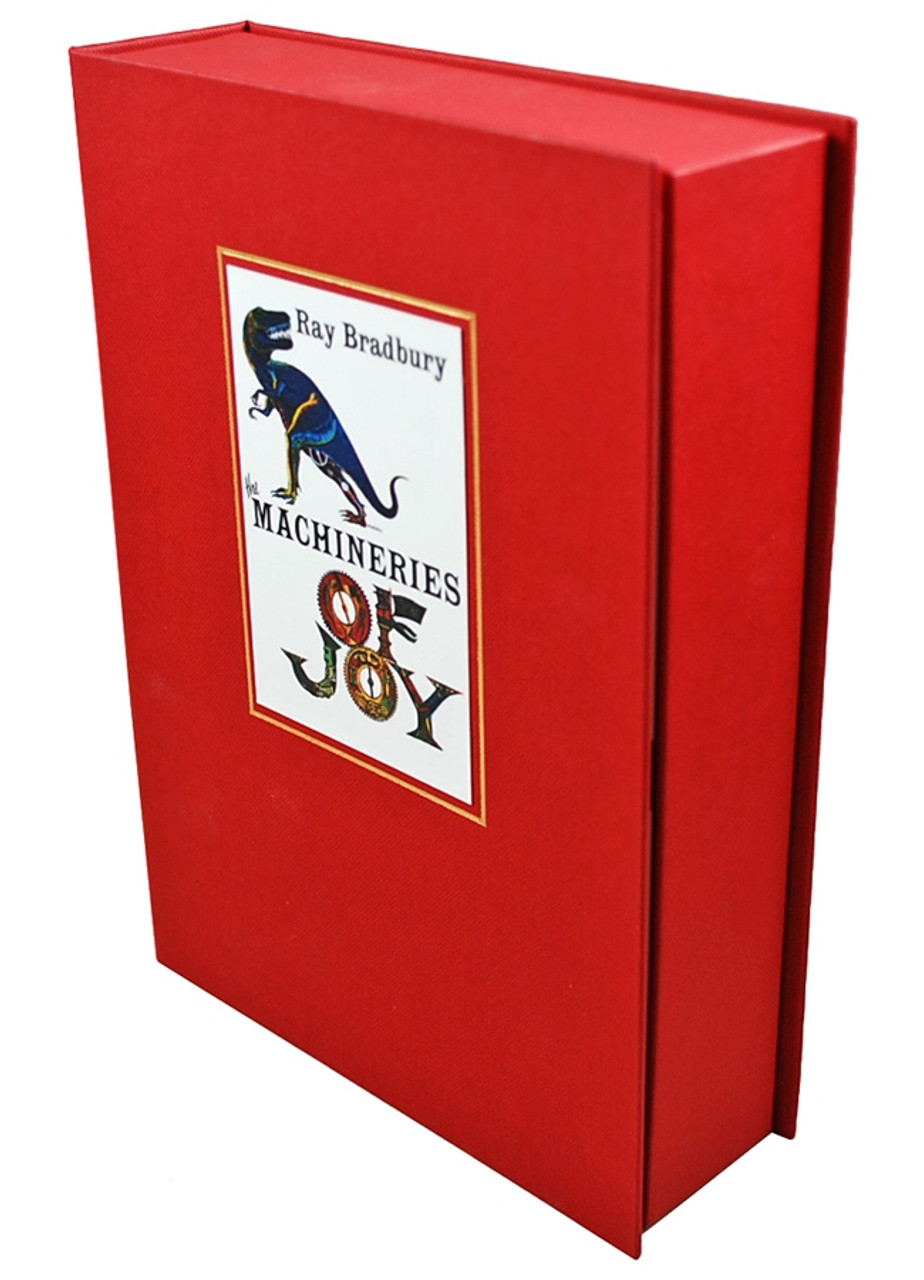 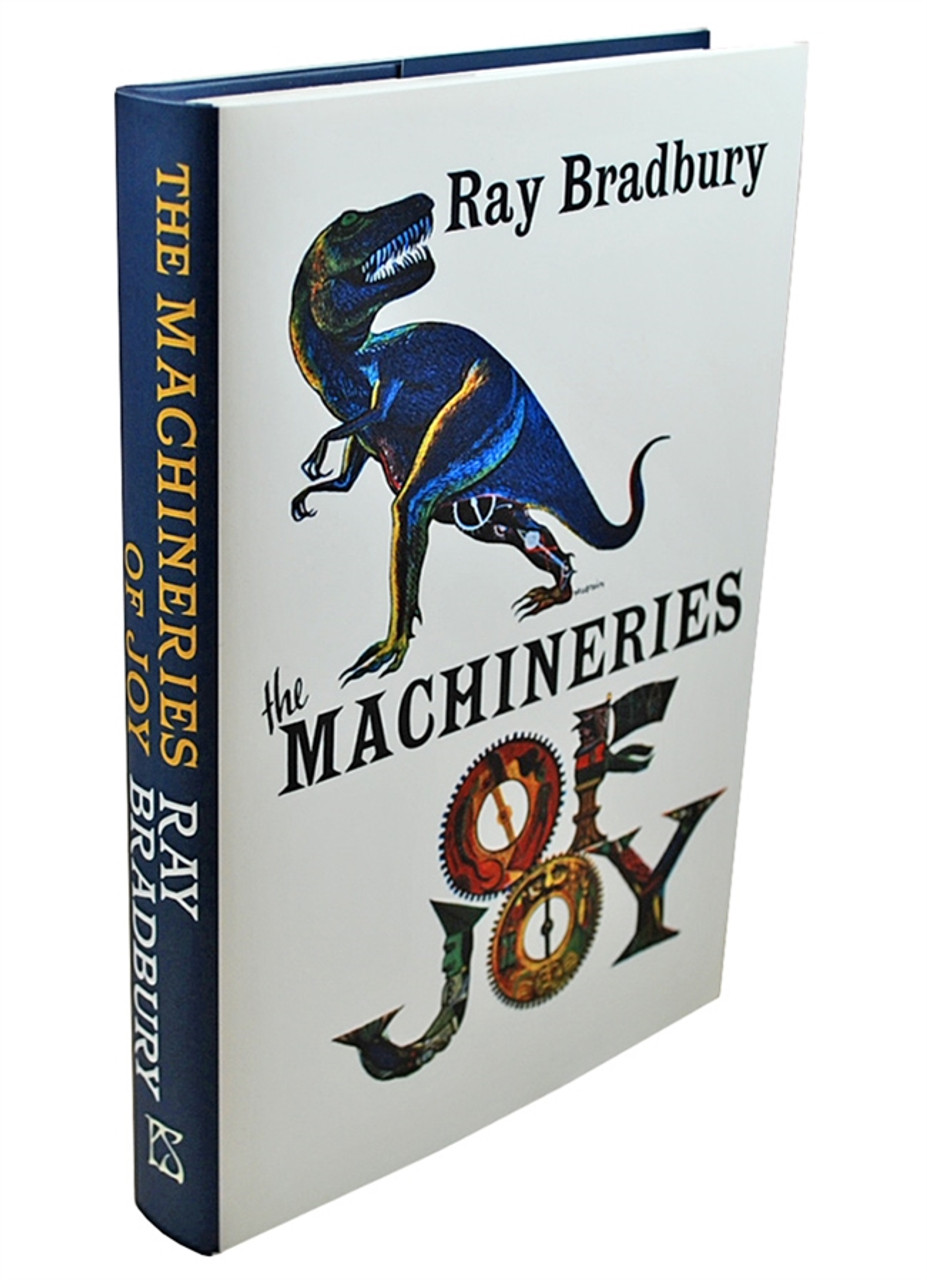 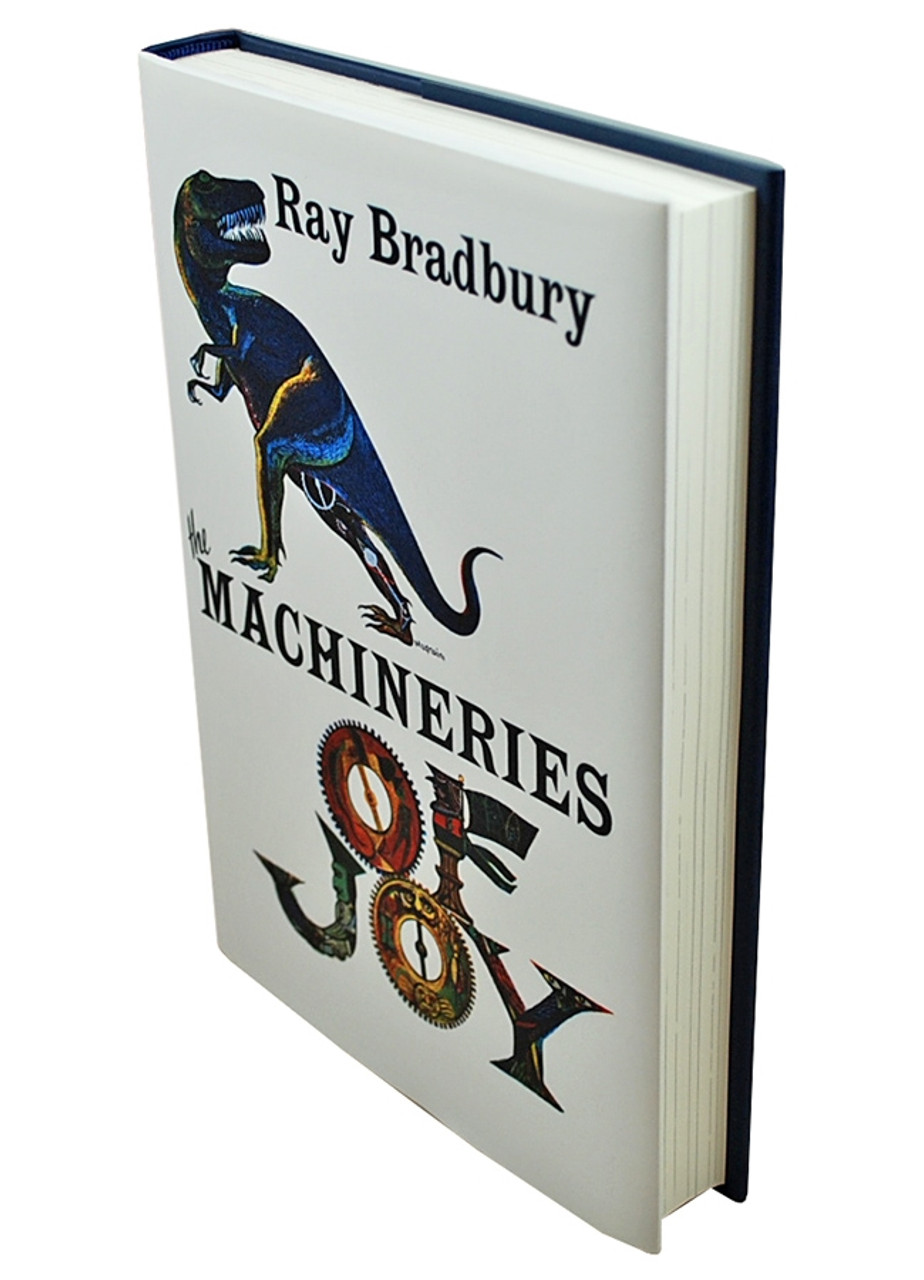 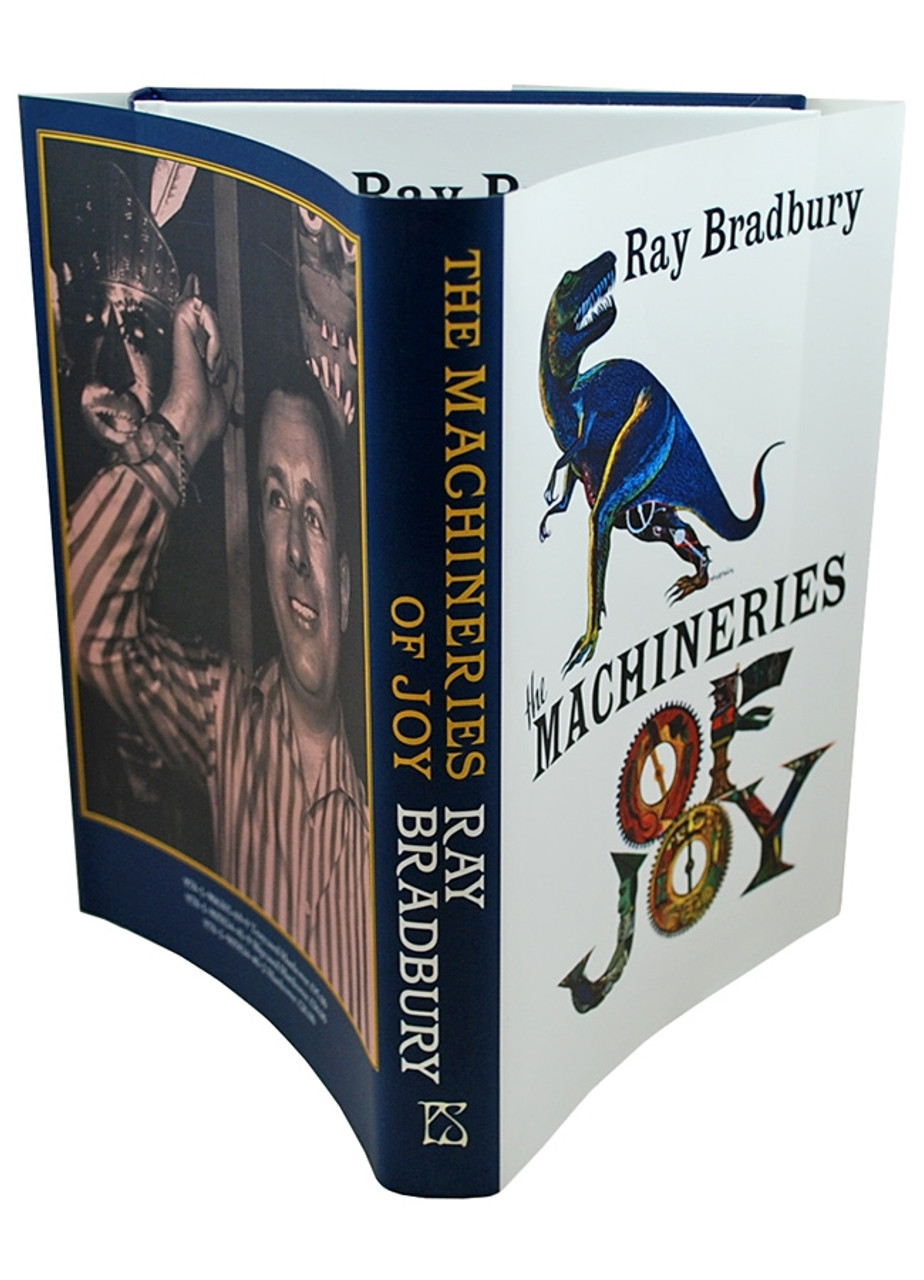 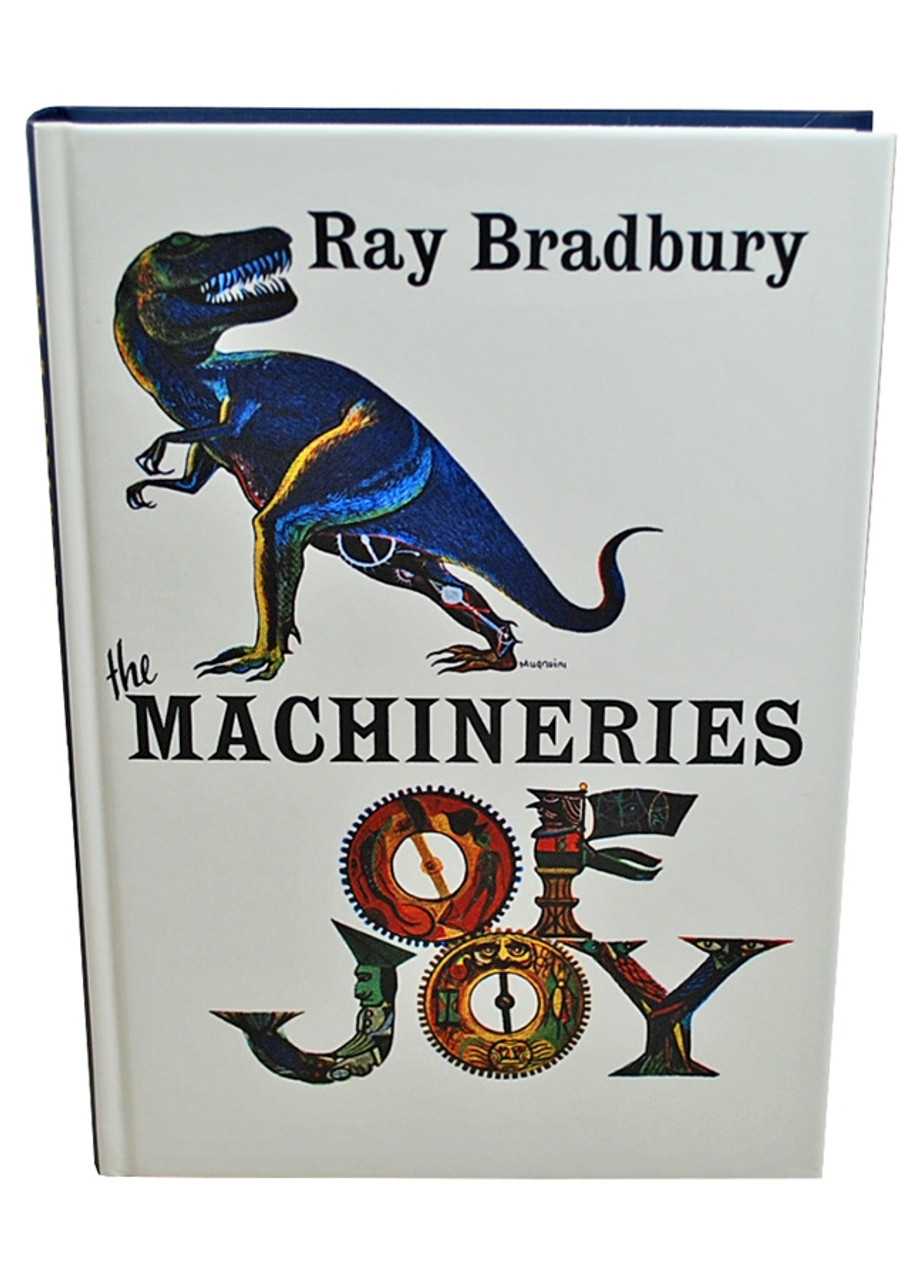 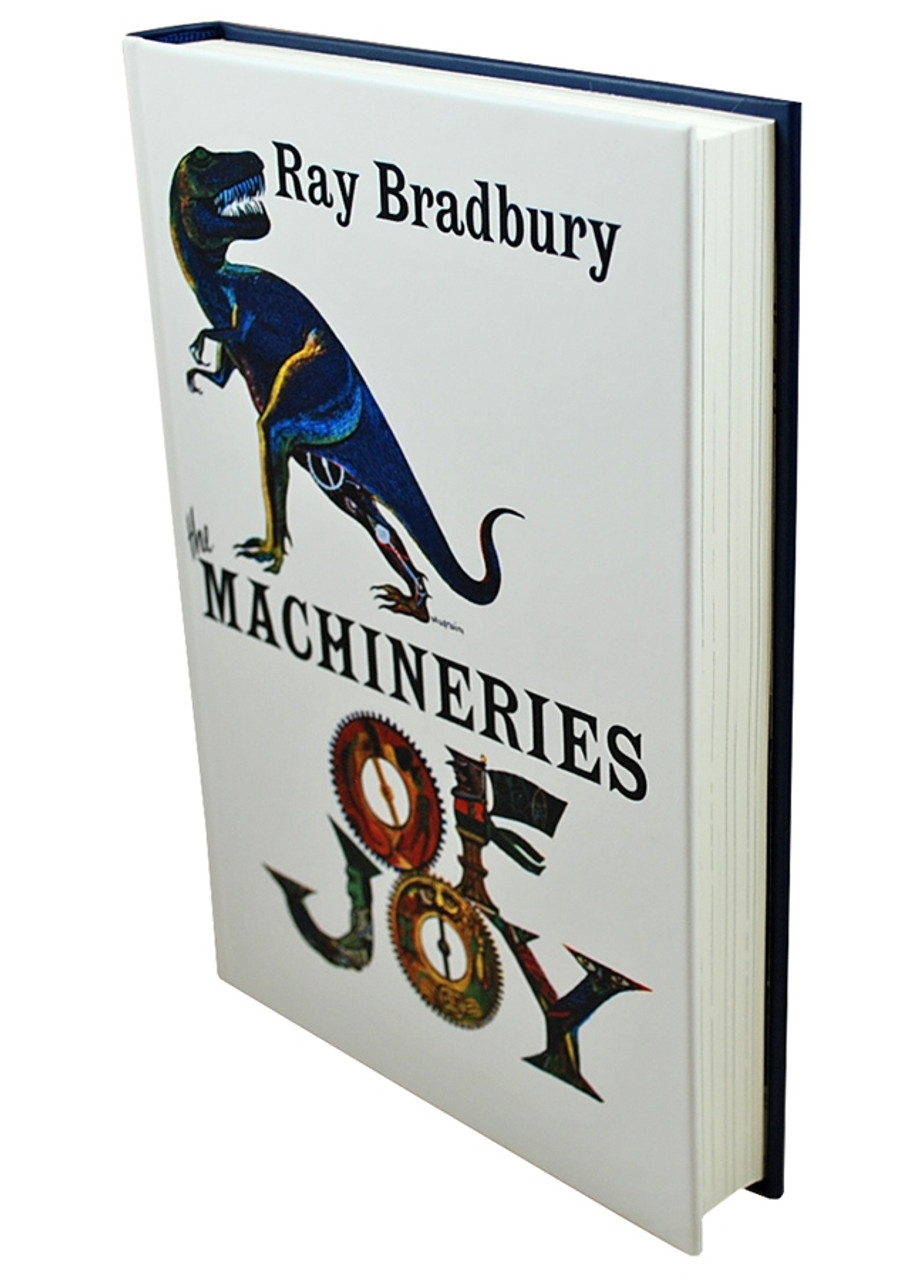 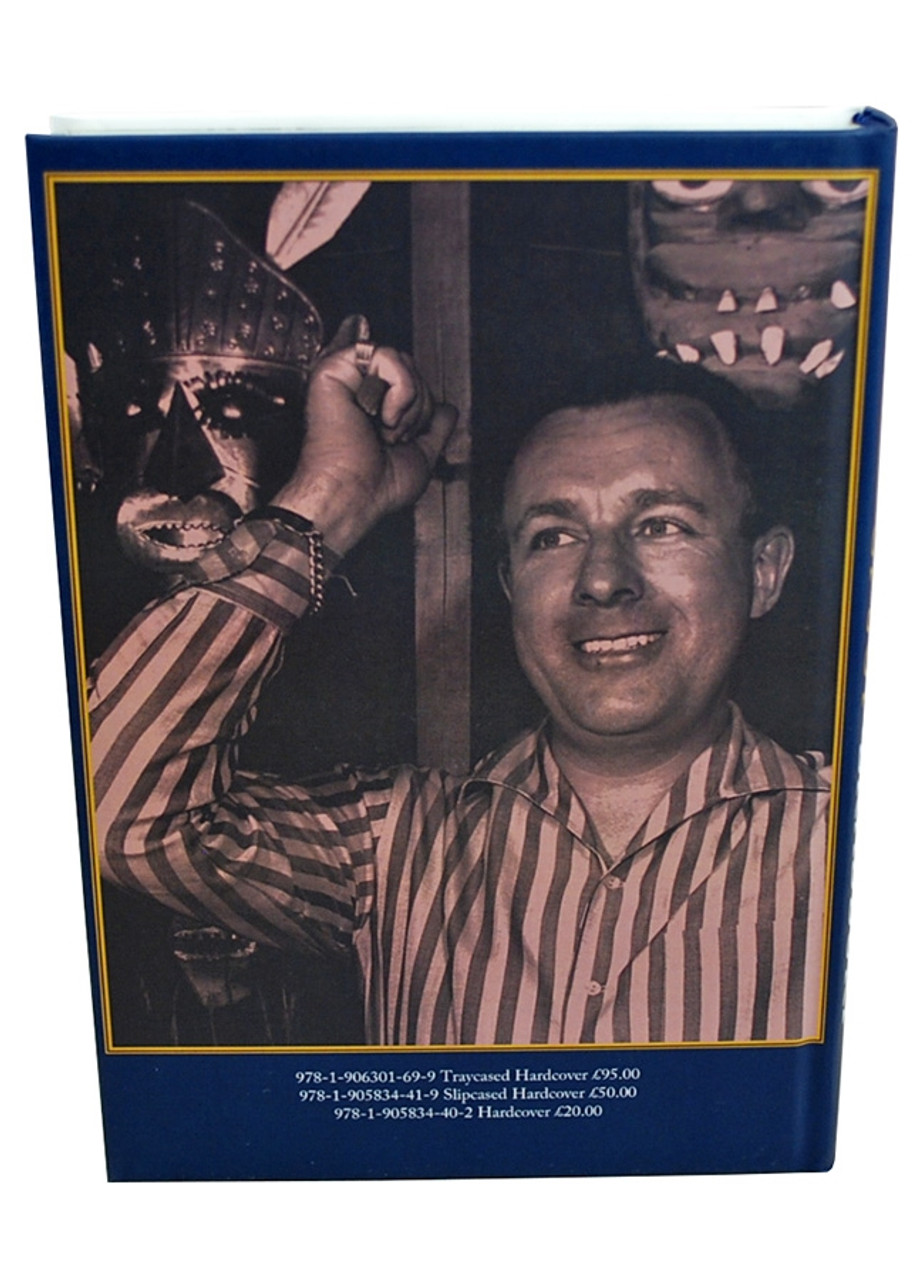 PS Publishing 2010. Ray Bradbury "The Machineries of Joy". Personally signed by Ray Bradbury and Neil Gaiman directly onto the limitation page. This is number 95 of 100 and one of the signed limited edition tray-cased copies with the deluxe binding. FIRST EDITION as stated on the copyright page. Very Fine without any flaws. The dust-jacket is now protected in a brand new Mylar archival acid-free sleeve.


Places: the green meadows of Green Town Il. in Dandelion Wine; the red sandy expanses broken by crumbling canals that could only be Bradbury’s Mars; the misty Venice Beach of Death is a Lonely Business. All of them, and so many more, locations that linger.

The Machineries of Joy is a book of places as much as it is a book of tales. Priests debate and argue about space travel, and an old woman seals her house from Death, and we ask (as Bradbury made us ask and ask and ask again) Who are the Martians? and we wonder, was the man on the bridge in Dublin really a beggar...?


Ray colonised Hallowe'en, just as the Silver Locusts colonised Mars. He built it, as he built so much, and made it his. So when the wind blows the fallen autumn leaves across the road in a riot of flame and gold, or when I see a green field in summer carpeted by yellow dandelions, or when, in winter, I close myself off from the cold and write in a room with a TV screen as big as a wall, I think of Bradbury...With joy. Always with joy. -- Neil Gaiman, from his Introduction

Whether the author's vision turns toward the future or peers into the past, his worlds of characters and their situations always carry the air of possibility. The title story conveys the struggle between parish priests; Father Vittorini unafraid of man's invasion of space and Father Brian uneasy at this desecration of God's territory and wondering how earthly morals will fit on Mars. Other stories use more standard equipment--the ventriloquist's dummy speaking alone in "And So Died Riabouchinska"; a take over by corrupted youth as in "Boys! Raise Giant Mushrooms in Your Cellar"; the world wished out of existence in "The Vacation";--but all with Bradbury's customizing touch, in which he makes use of the horror latent in the familiar. In "El Dia de Muerte" and "The Lifework of Juan Diaz", the author returns to the Mexican funerary customs that have provided some of his best tales of grotesque terror. And, in "The Illustrated Woman" he reaches a highpoint in bizarre humor. Bradbury, in perfect orbit. -- Kirkus Reviews

Numbered signed limited edition, 95 of 100, in tray-case.
VERY FINE GUARANTEED. A wonderful bright clean copy free of any markings, writings, or stamps. Sharp corners that have not been bumped. Unread book with square and tight binding. No bookplates attached or indication of any removed. Edges are free of any marks, spots, scratches, or blemishes.