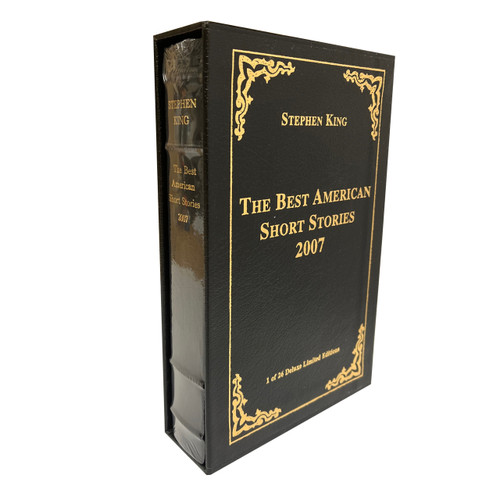 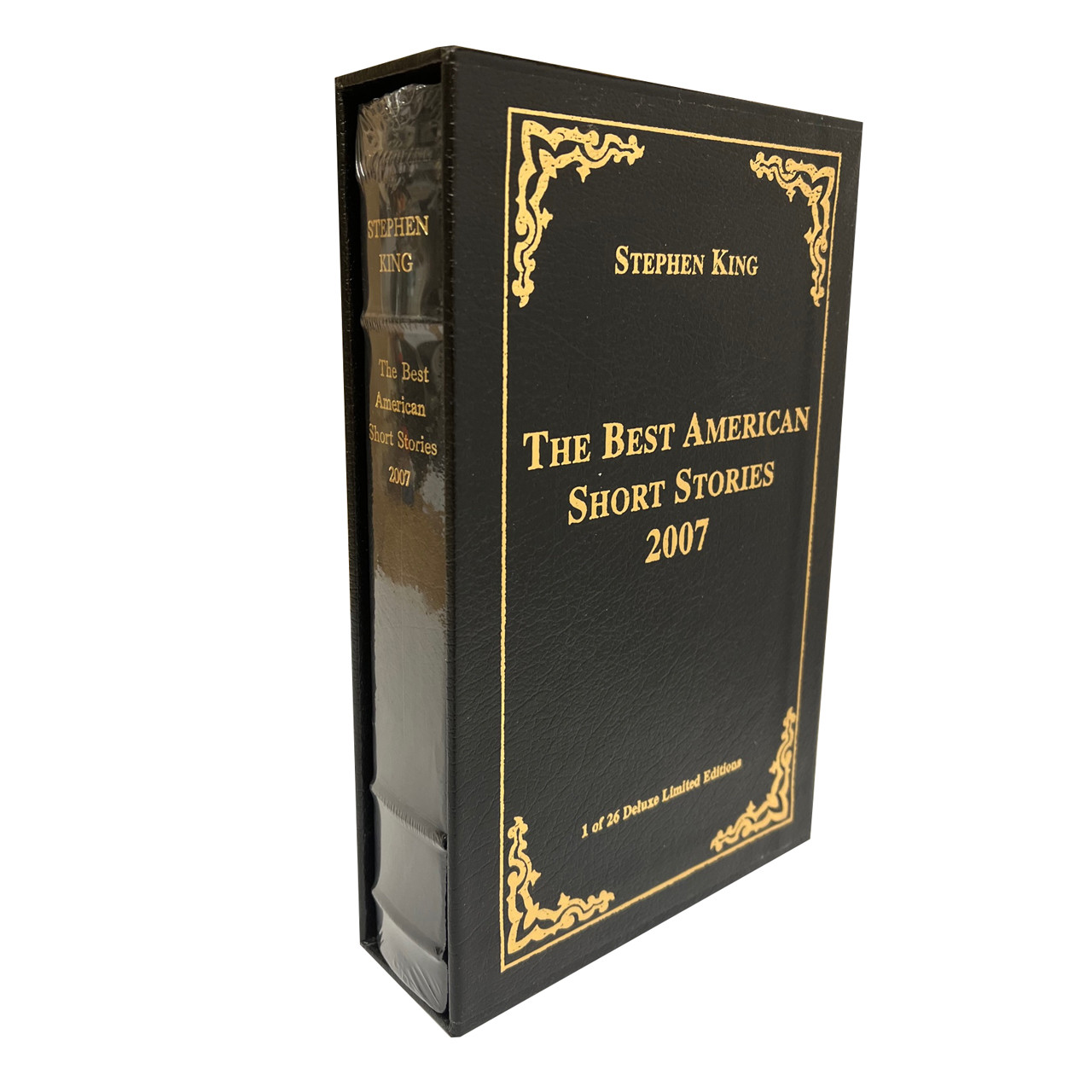 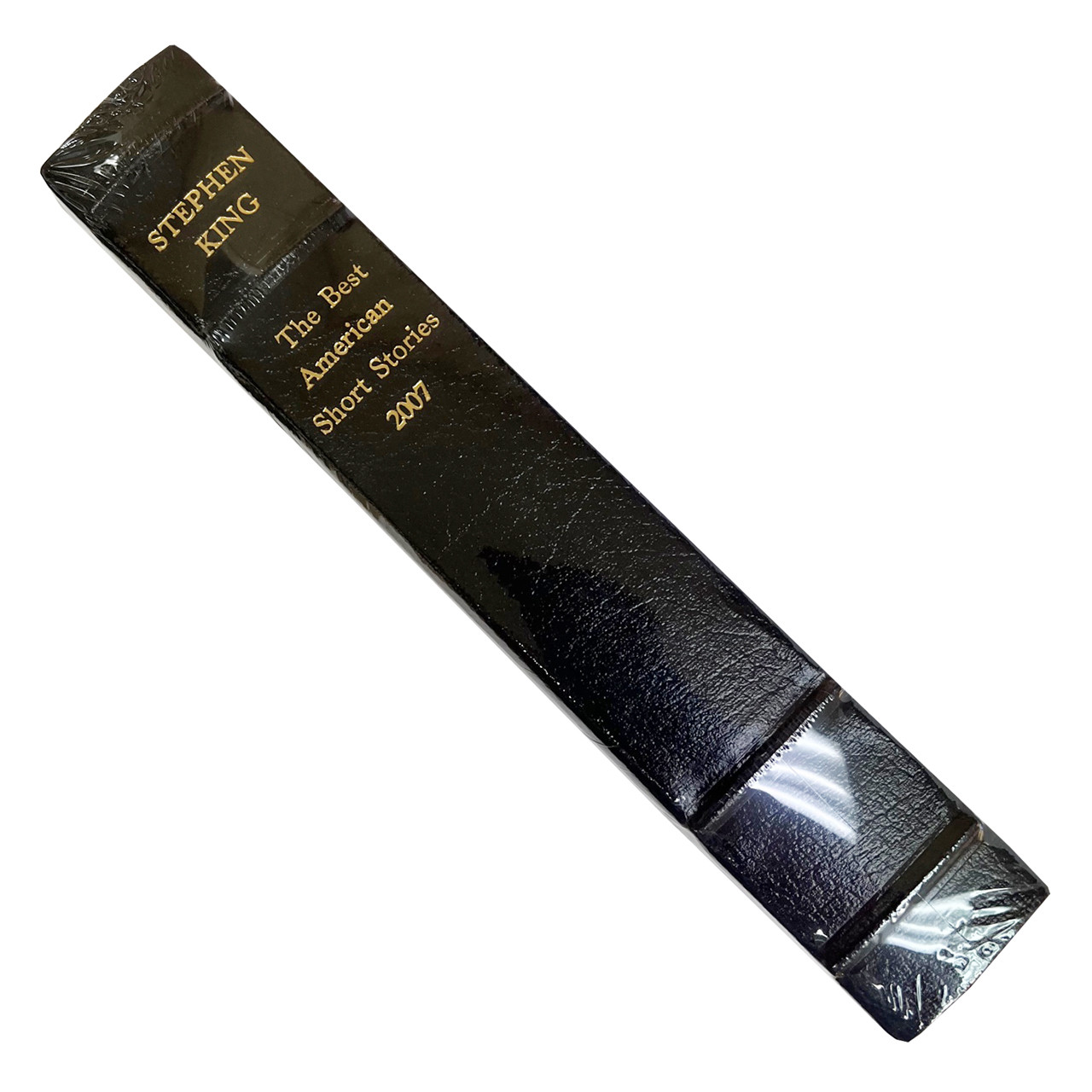 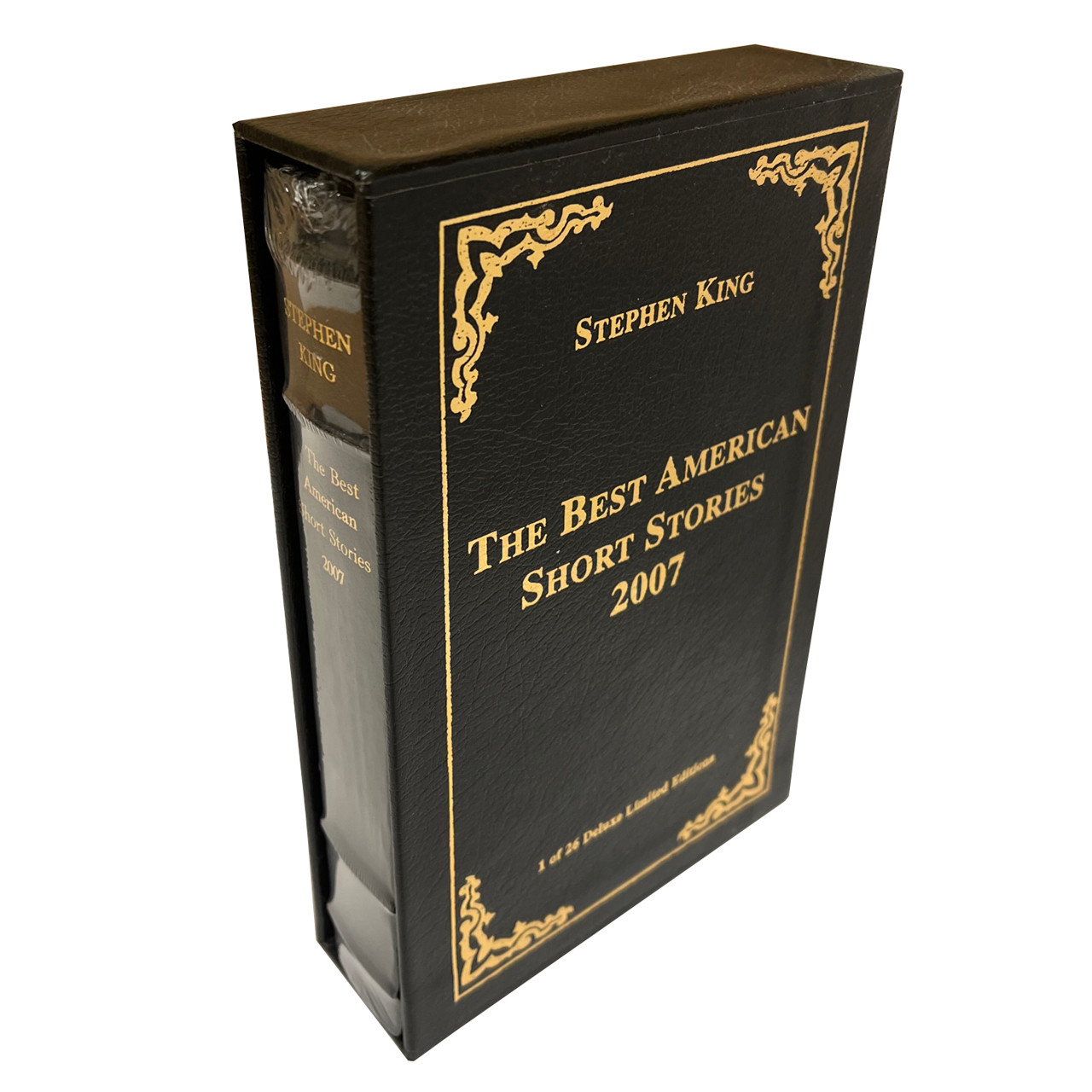 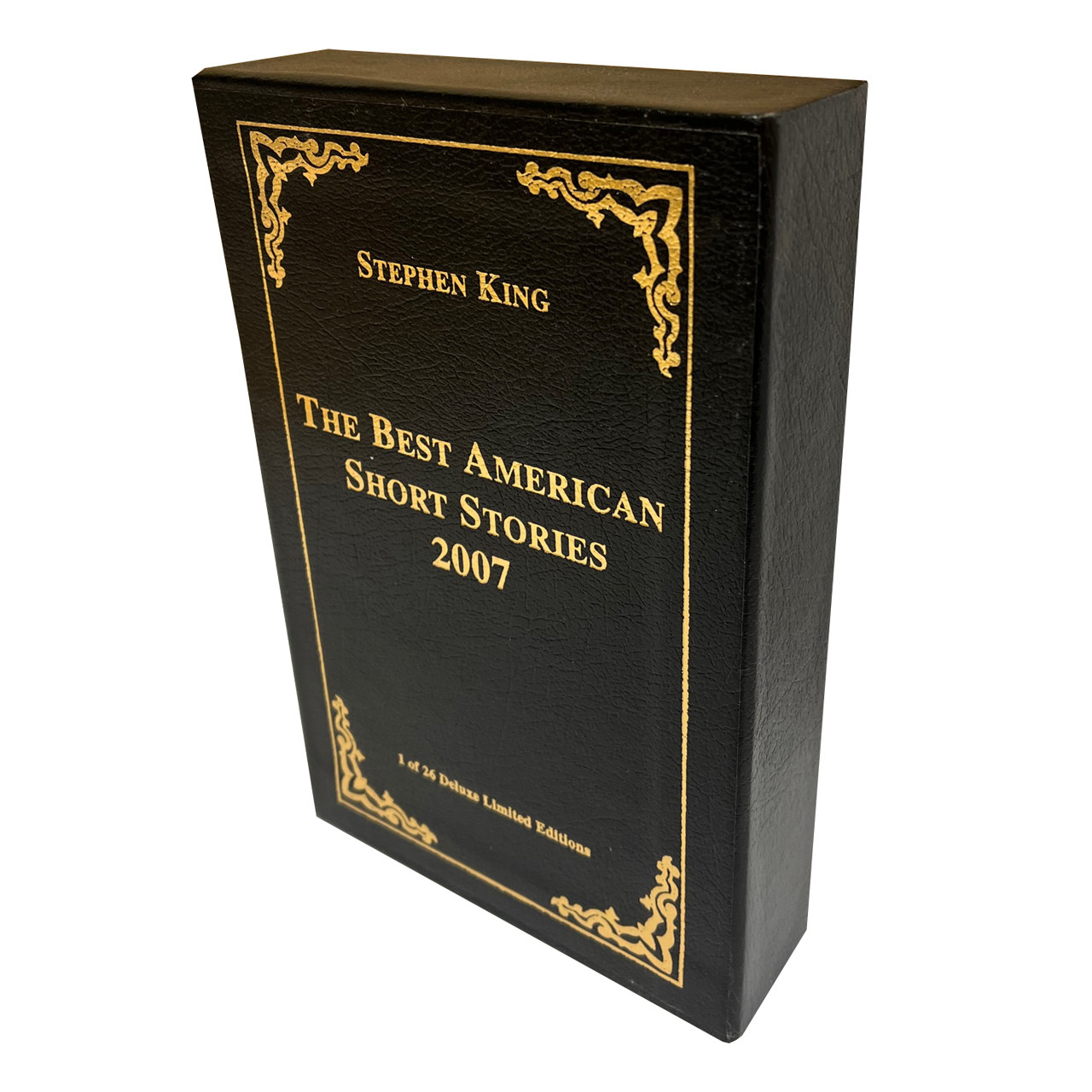 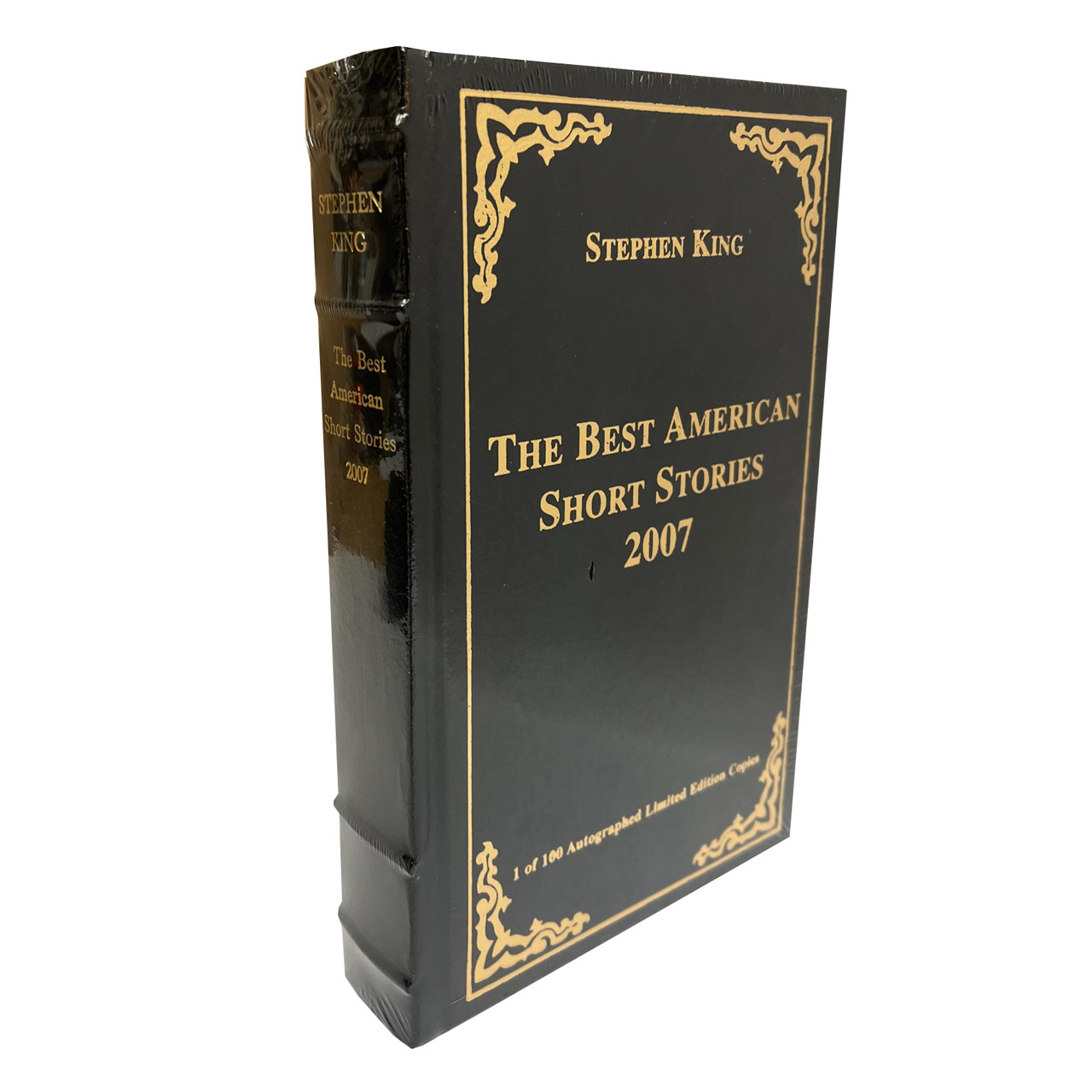 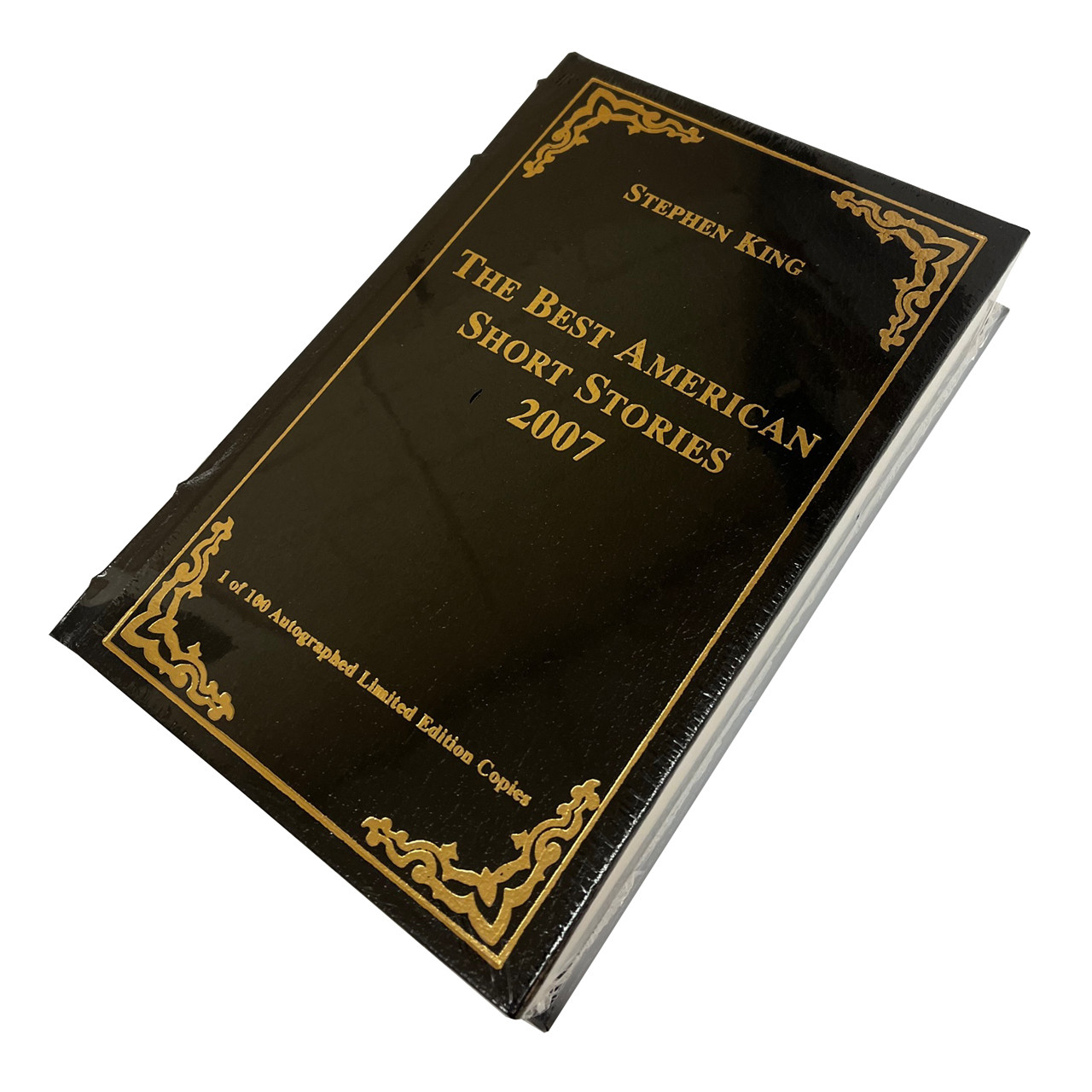 Personally signed by Stephen King directly into the book

A beautifully bound first edition of this iconic annual selection of THE BEST AMERICAN SHORT STORIES.

A rare collectible for your Stephen King library.

In his introduction to this volume, Stephen King writes, “Talent does more than come out; it bursts out, again and again, doing exuberant cartwheels while the band plays 'Stars and Stripes Forever' . . . Talent can’t help itself; it roars along in fair weather or foul, not sparing the fireworks. It gets emotional. It struts its stuff. In fact, that’s its job.”

Wonderfully eclectic, The Best American Short Stories 2007 collects stories by writers of undeniable talent, both newcomers and favorites. These stories examine the turning points in life when we, as children or parents, lovers or friends or colleagues, must break certain rules in order to remain true to ourselves. In T. C. Boyle’s heartbreaking “Balto,” a thirteen-year-old girl provides devastating courtroom testimony in her father’s trial. Aryn Kyle’s charming story “Allegiance” shows a young girl caught between her despairing British mother and motherly American father. In “The Bris,” Eileen Pollack brilliantly writes of a son struggling to fulfill his filial obligations, even when they require a breach of morality and religion. Kate Walbert’s stunning “Do Something” portrays one mother’s impassioned and revolutionary refusal to accept her son’s death. And in Richard Russo’s graceful “Horseman,” an English professor comes to understand that plagiarism reveals more about a student than original work can.

New series editor Heidi Pitlor writes, “[Stephen King’s] dedication, unflagging hard work, and enthusiasm for excellent writing shone through on nearly a daily basis this past year . . . We agreed, disagreed, and in the end very much concurred on the merit of the twenty stories chosen.” The result is a vibrant assortment of stories and voices brimming with attitude, deep wisdom, and rare compassion.

"If you buy one book this year, [you will] ensure a little bang for your buck with this journey through the vibrant worlds of twenty authors" (San Diego Union-Tribune)

About the series editor

HEIDI PITLOR is a former senior editor at Houghton Mifflin Harcourt and has been the series editor for The Best American Short Stories since 2007. She is the author of the novels The Birthdays and The Daylight Marriage.

VERY FINE GUARANTEED. A wonderful bring clean copy without any other marks, writings , or stamps. Clean & straight boards. No attached bookplates or indication of any removed. A well-cared for book, protected from any potential damage. Unread with square and tight spine.