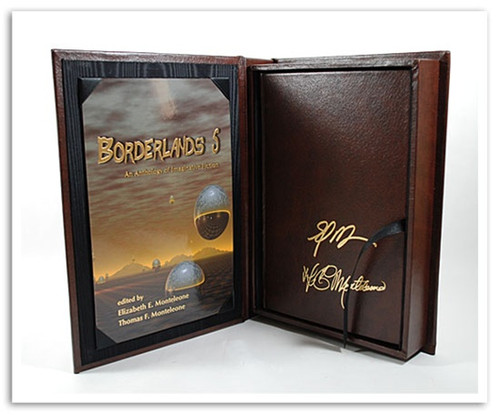 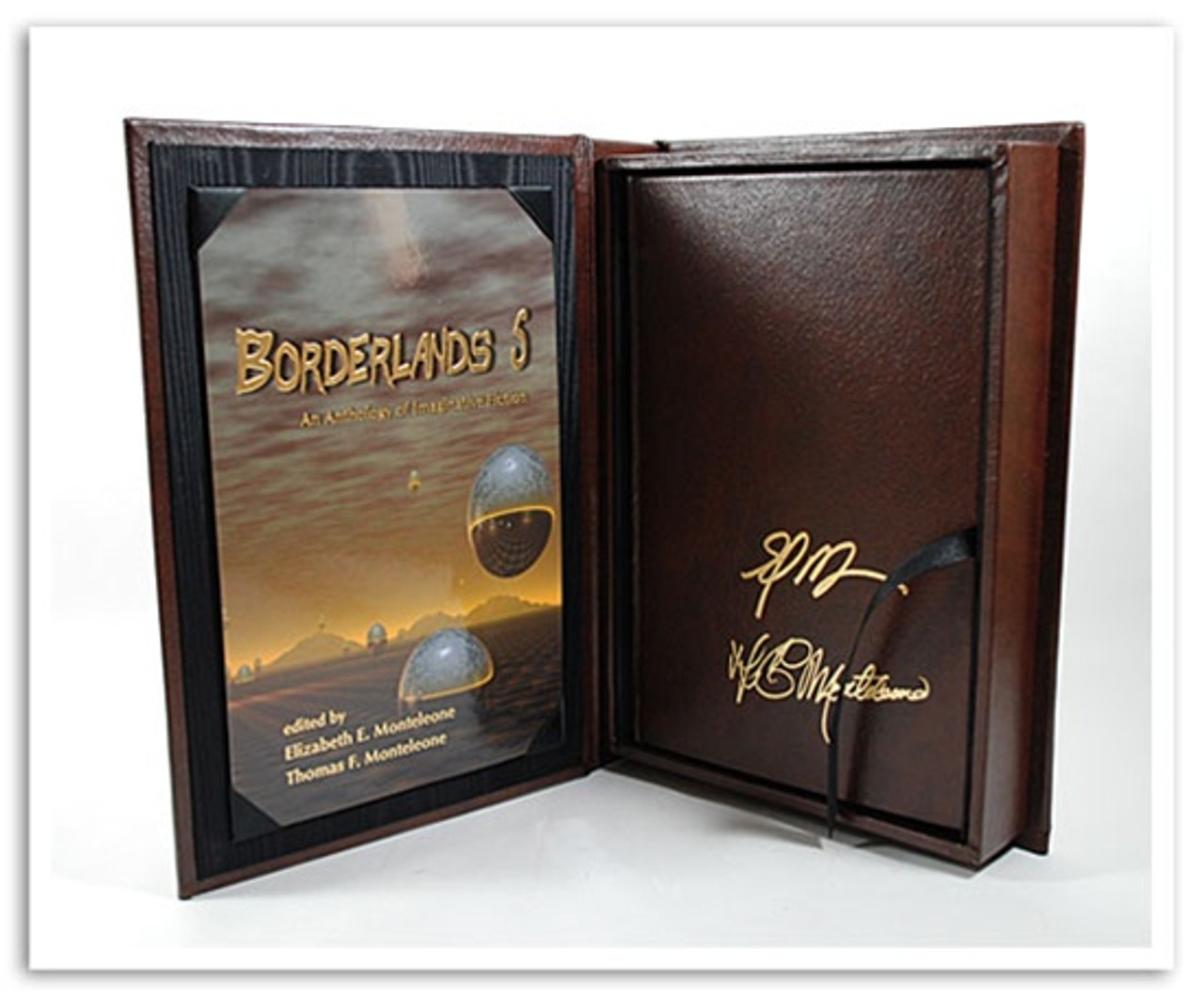 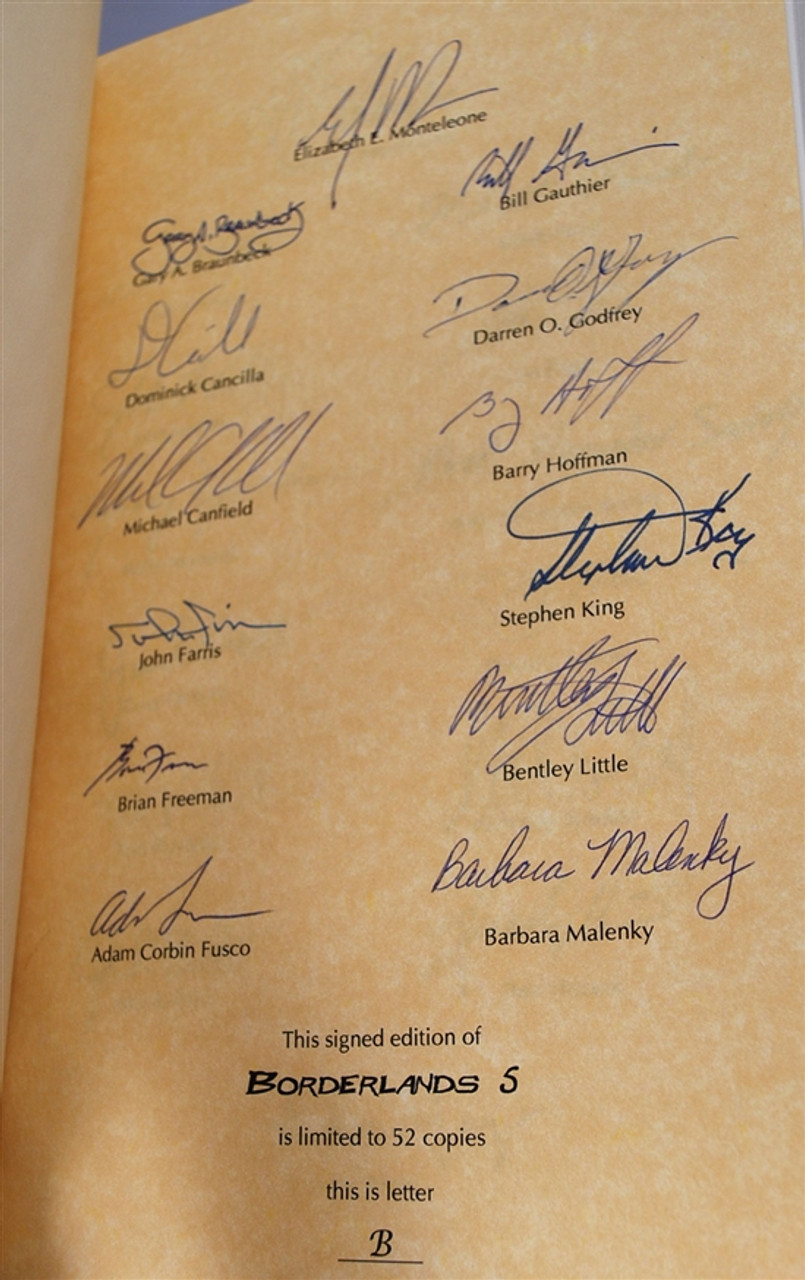 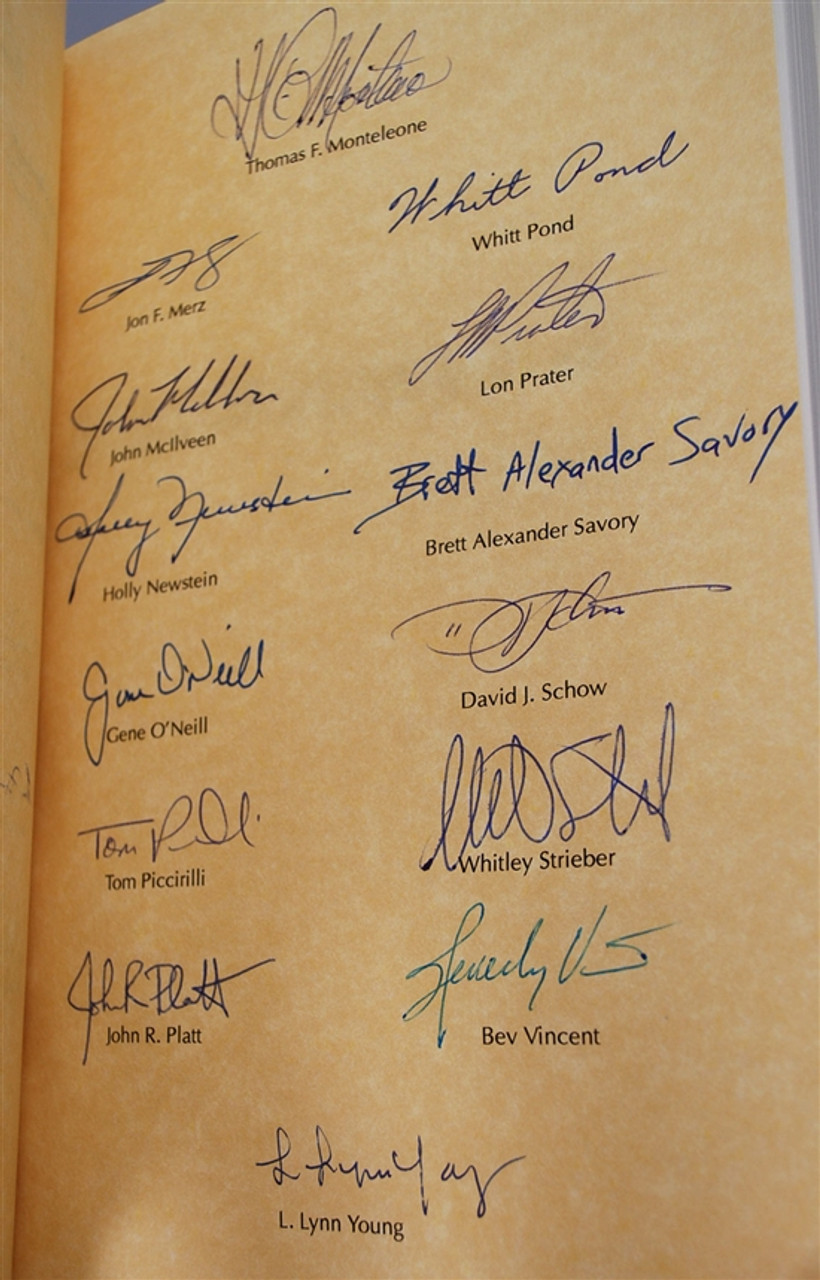 Very Rare - 1 of only 52 Signed Deluxe Lettered Copies. Lettered "B".
For the advanced collector of Very Fine collector editions.


Borderlands Press, Grantham, NH. 2003. This limited edition book was published by BORDERLANDS PRESS in 2003. It is one of a special edition of only 52 signed and lettered copies, this one being letter "B". The book is personally hand signed by Stephen King and 27 others on two limitation pages (see photos). Brand new in slipcase the same. Brown leather and slipcase the same. Edited by Elizabeth E. Monteleone & Thomas F. Monteleone

Condition
Mint. As New with brown tray case the same. No markings, writings, or stampings. No bookplates attached or signs of any removed. A wonderful bright clean copy.


From Publishers Weekly 1/19/2004: "This fifth volume -- the first in a decade -- features a healthy quotient of offbeat efforts that resist simple categorization." and "the range of themes that propel these uncommon tales -- personal alienation, religious intolerance, the quest for transcendence, the torture of hope -- expand the horror story's reach, and the wealth of relatively new writers featured is encouraging."