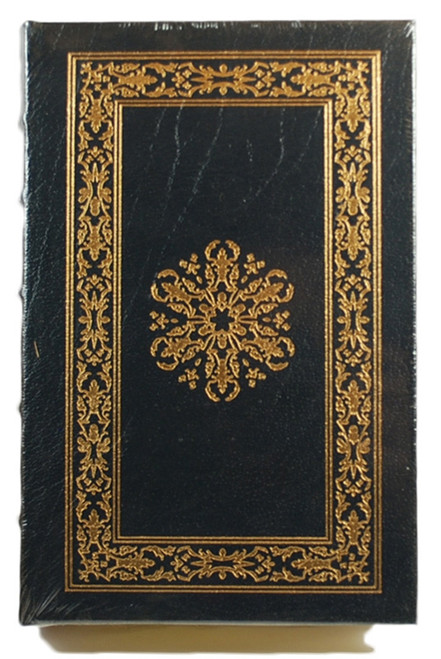 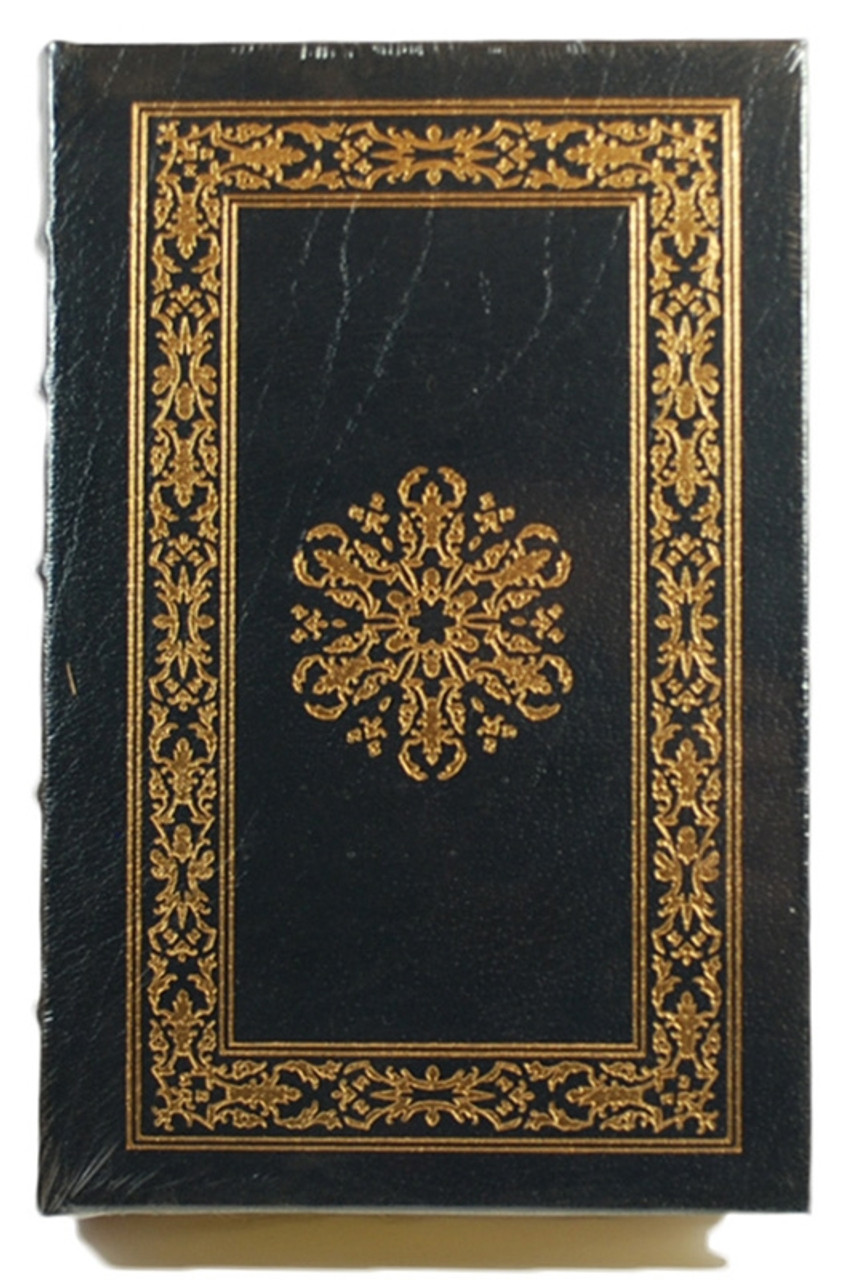 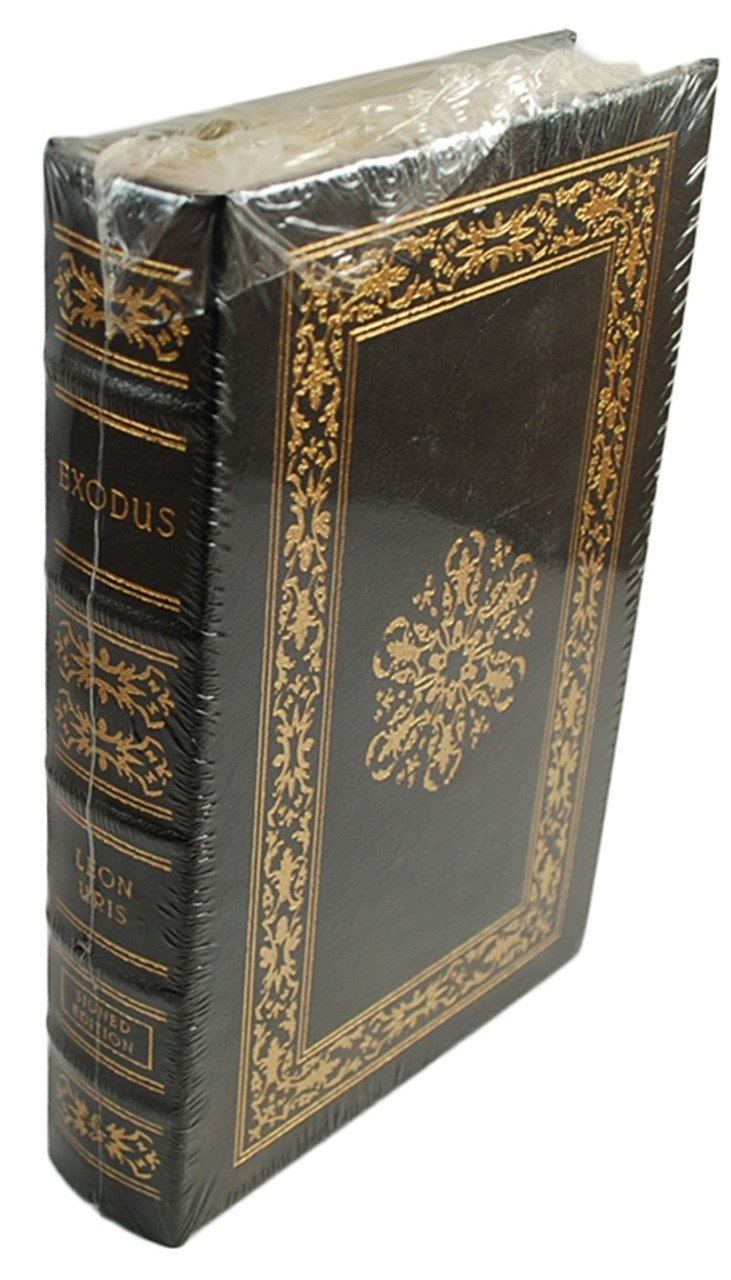 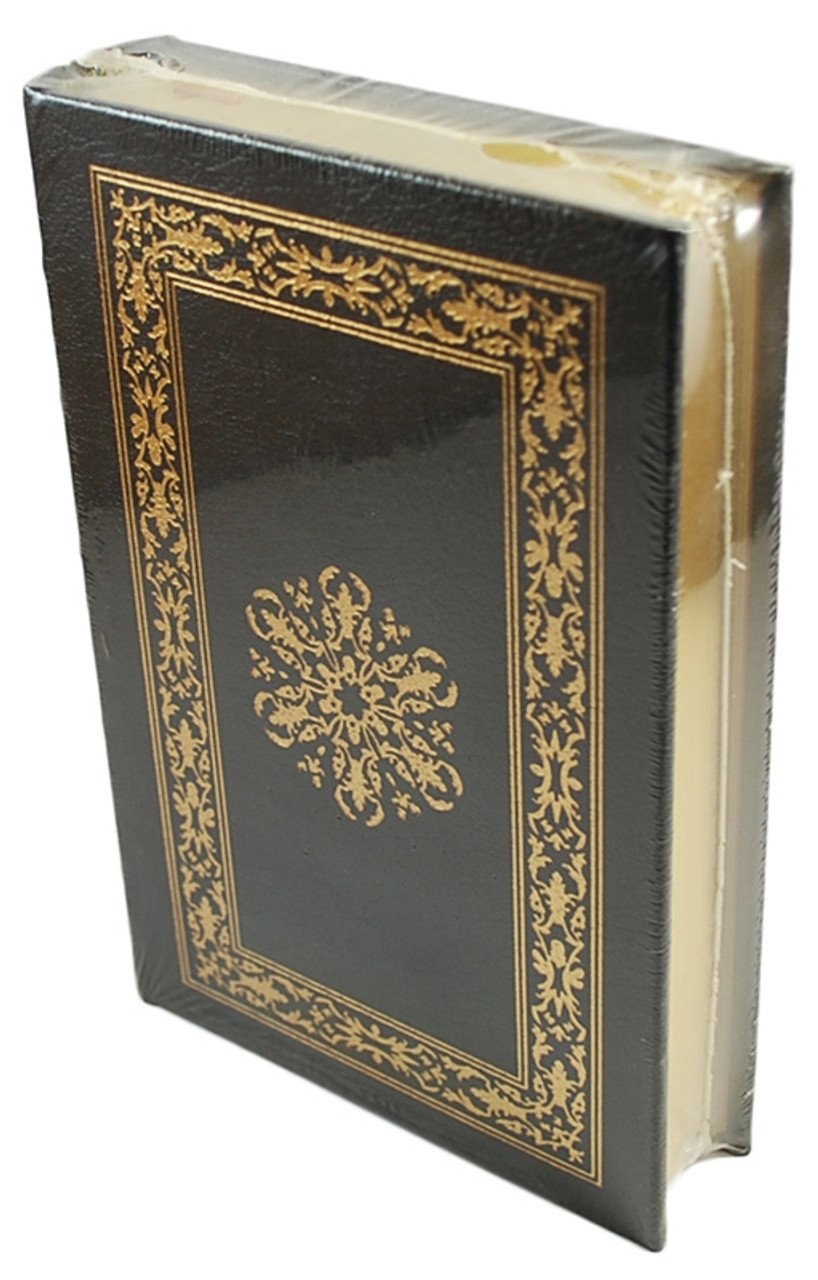 
Easton Press, Norwalk CT. 1996 "Exodus" Leon Uris. Signed Limited Edition. Full genuine leather. COA and Collector's notes within. A beautiful leather bound heirloom. 100% Guarantee of Signature Authenticity by the presence of a COA by the publisher. The autograph is not a facsimile , stamp, or auto-pen. Exodus by American novelist Leon Uris is about the founding of the State of Israel. Published in 1958, it is based on the name of the 1947 immigration ship Exodus.

In 1956, Uris covered the Arab-Israeli fighting as a war correspondent. Two years later, Exodus was published by Doubleday. Exodus became an international publishing phenomenon, the biggest bestseller in the United States since Gone with the Wind. Uris had sold the film rights in advance.

The story unfolds with the protagonist, Ari Ben Canaan, hatching a plot to transport Jewish refugees from a British detention camp in Cyprus to Palestine. The operation is carried out under the auspices of the Mossad Le'aliyah Bet. The book then goes on to trace the histories of the various main characters and the ties of their personal lives to the birth of the new Jewish state.

A film based on the novel was directed by Otto Preminger in 1960 featuring Paul Newman as Ari Ben Canaan. It focused mainly on the escape from Cyprus and subsequent events in Palestine.

Sealed. AS NEW. Flawless without any bumped corners. You will receive this book sealed in the original shrink-wrap.