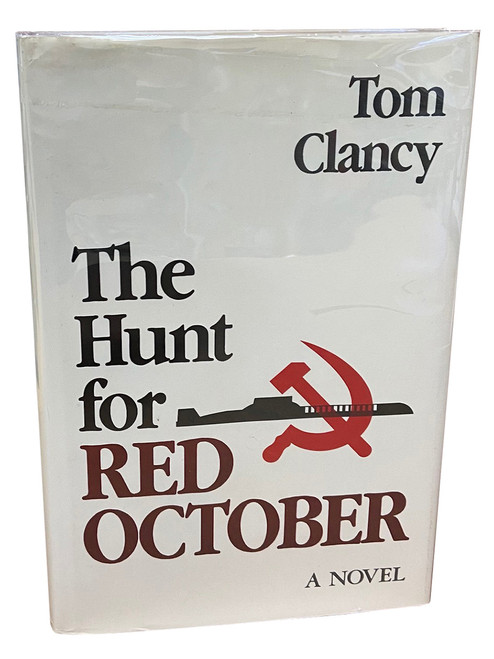 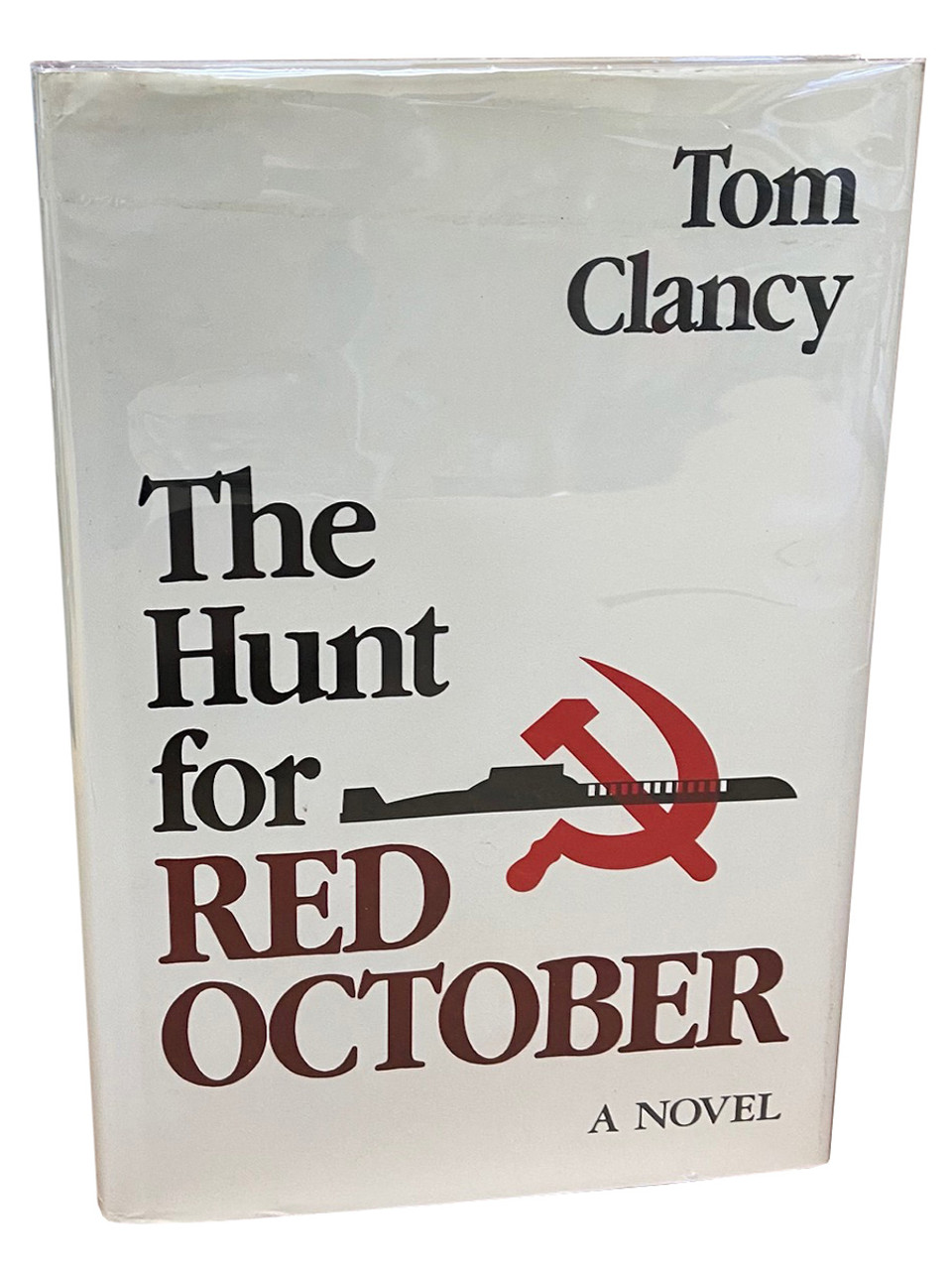 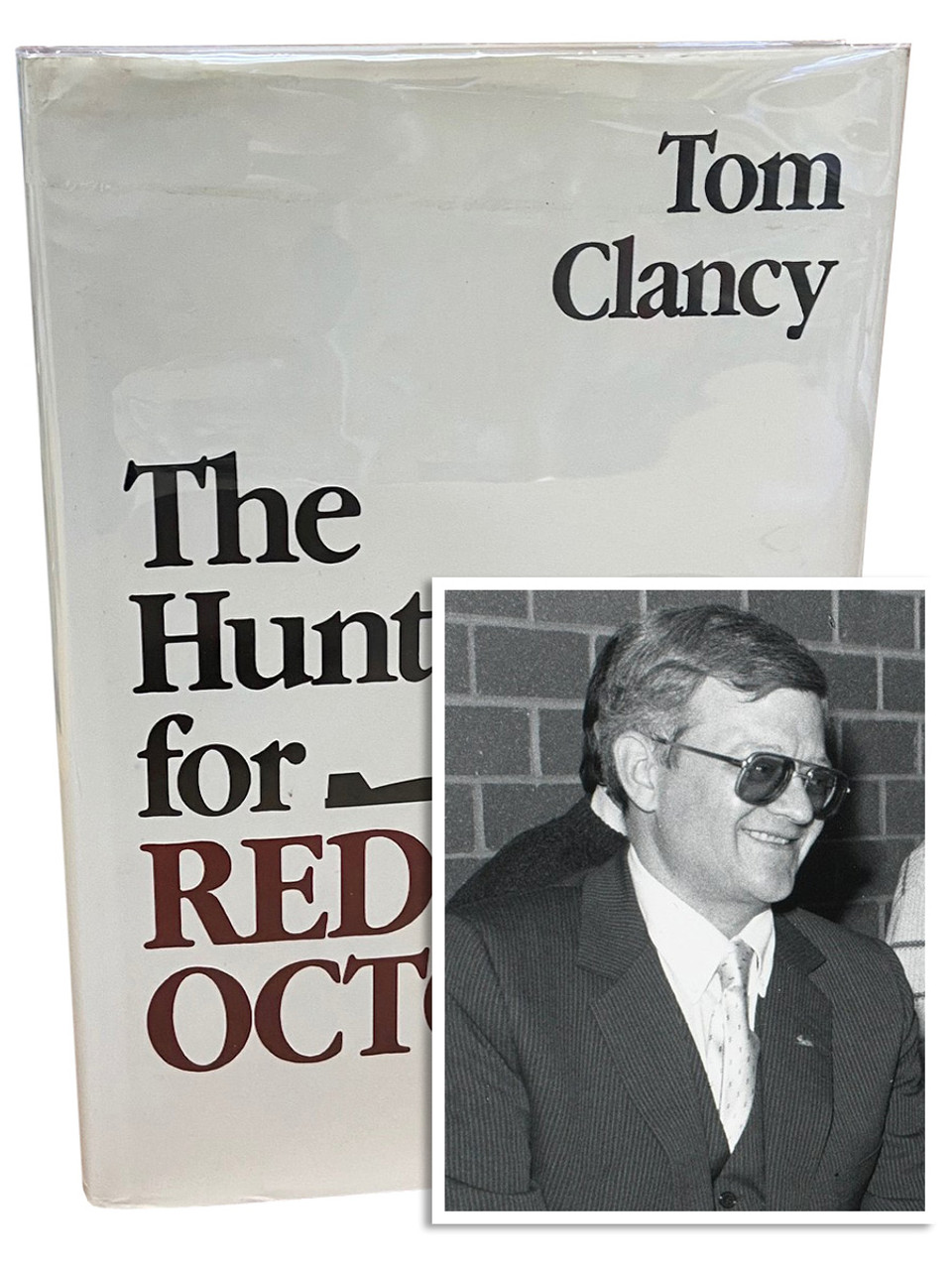 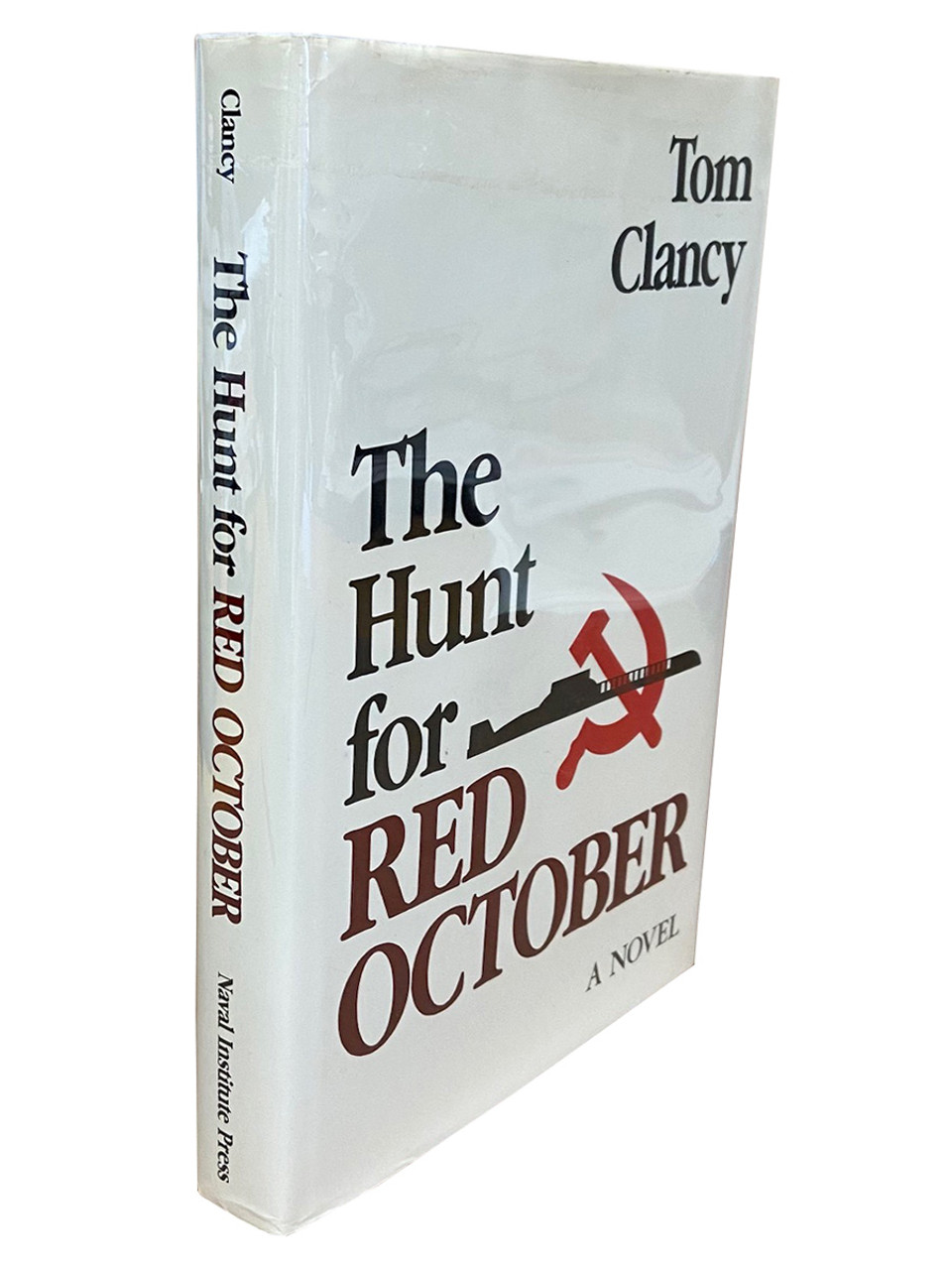 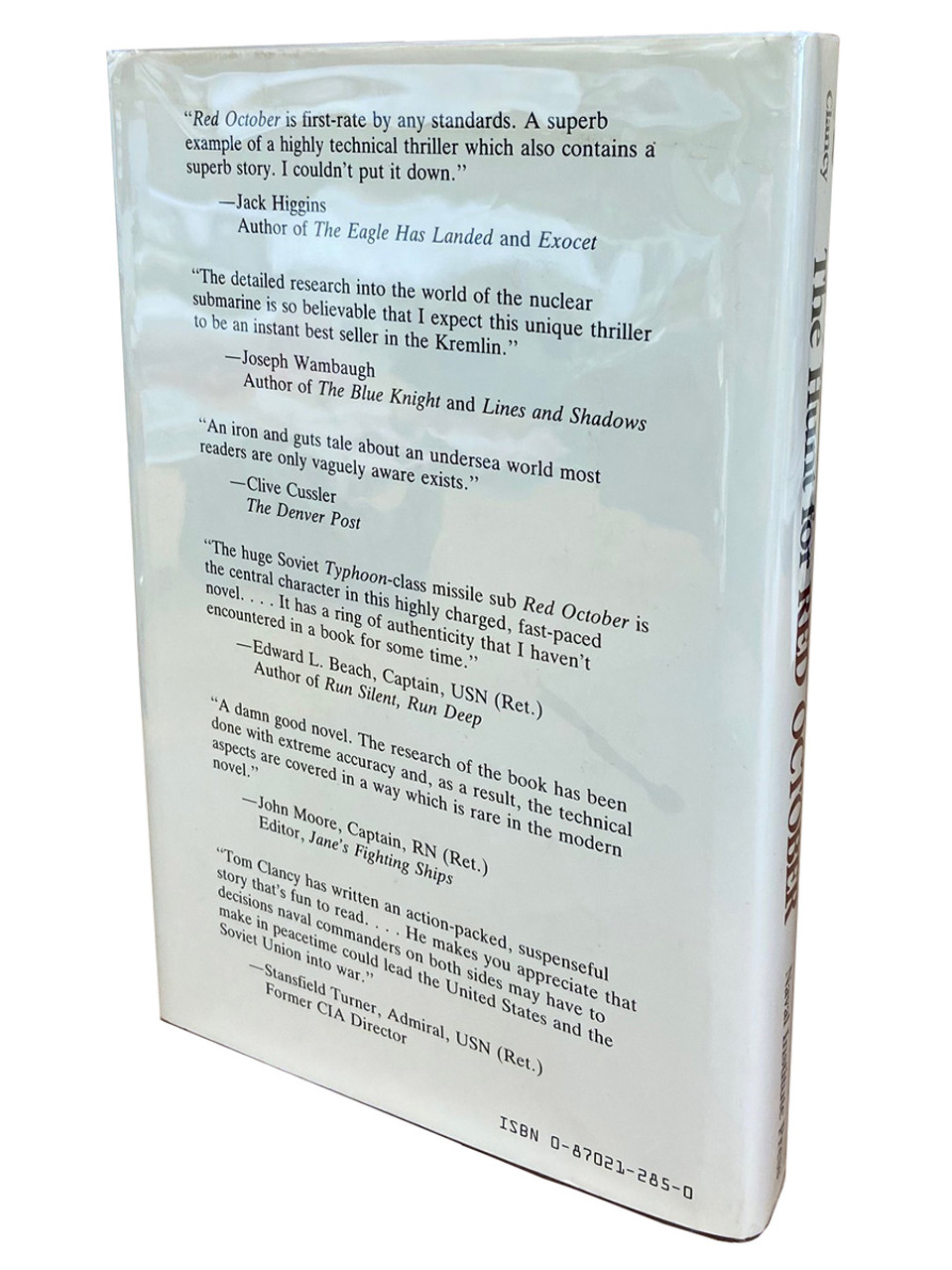 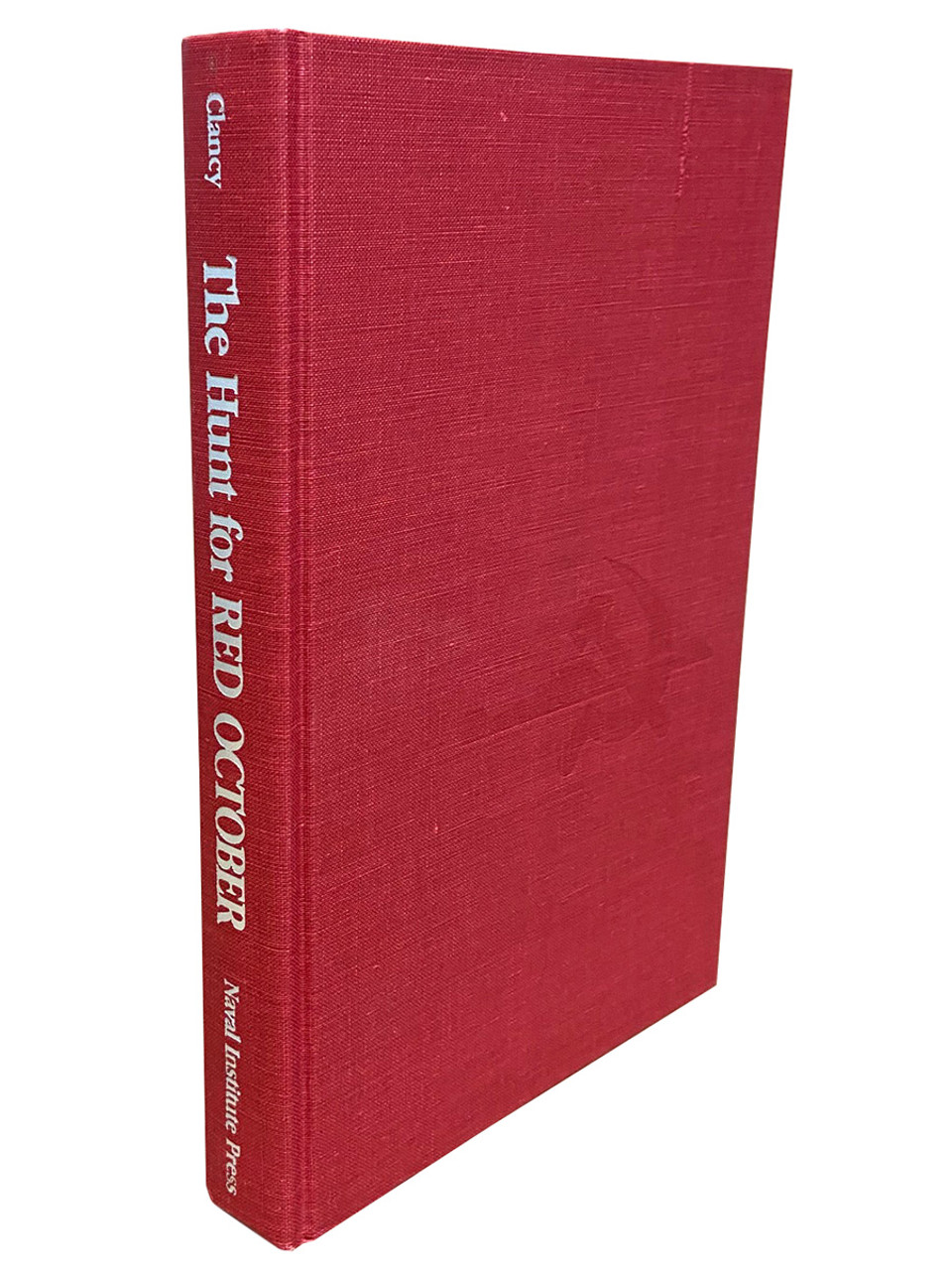 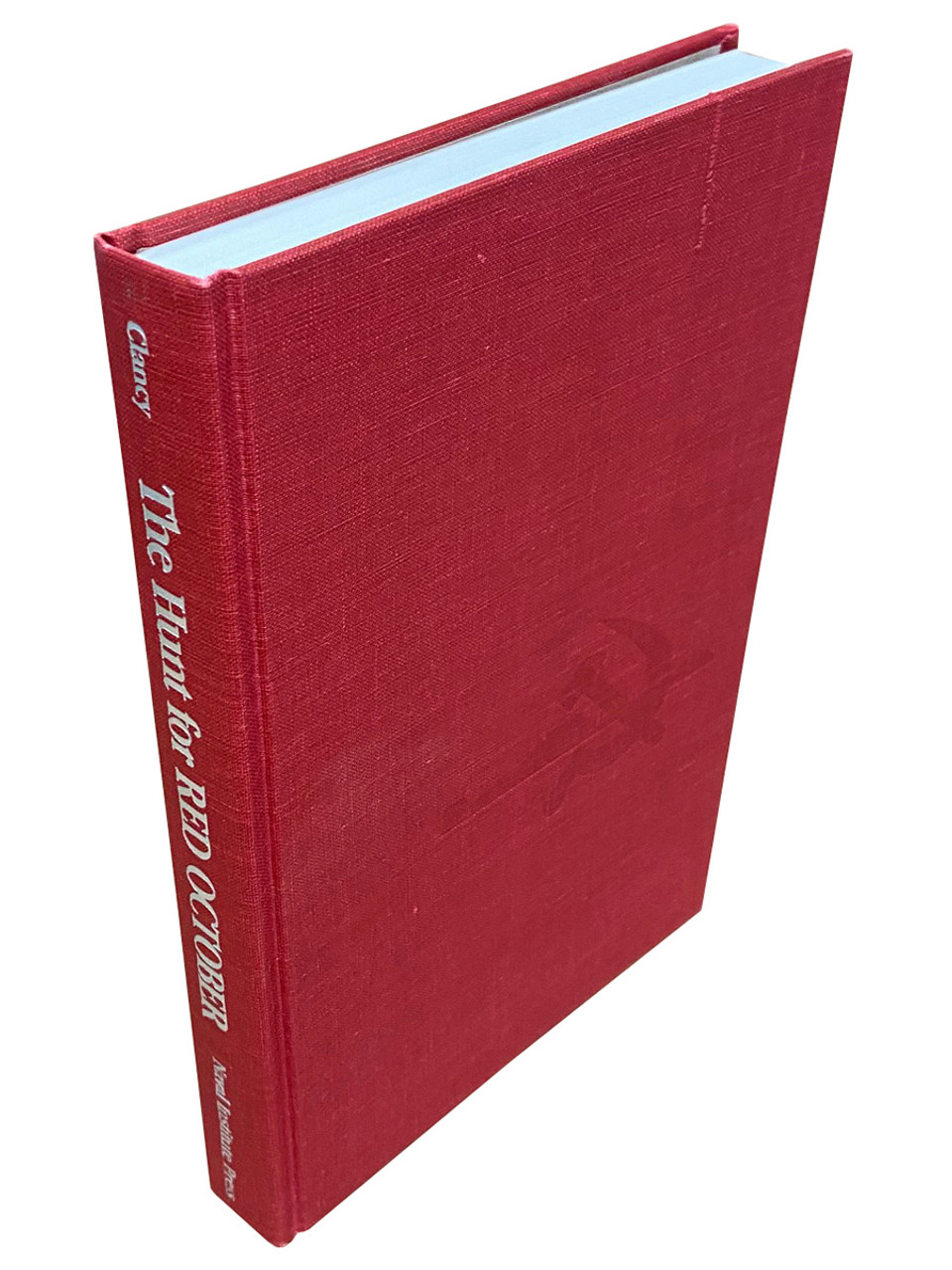 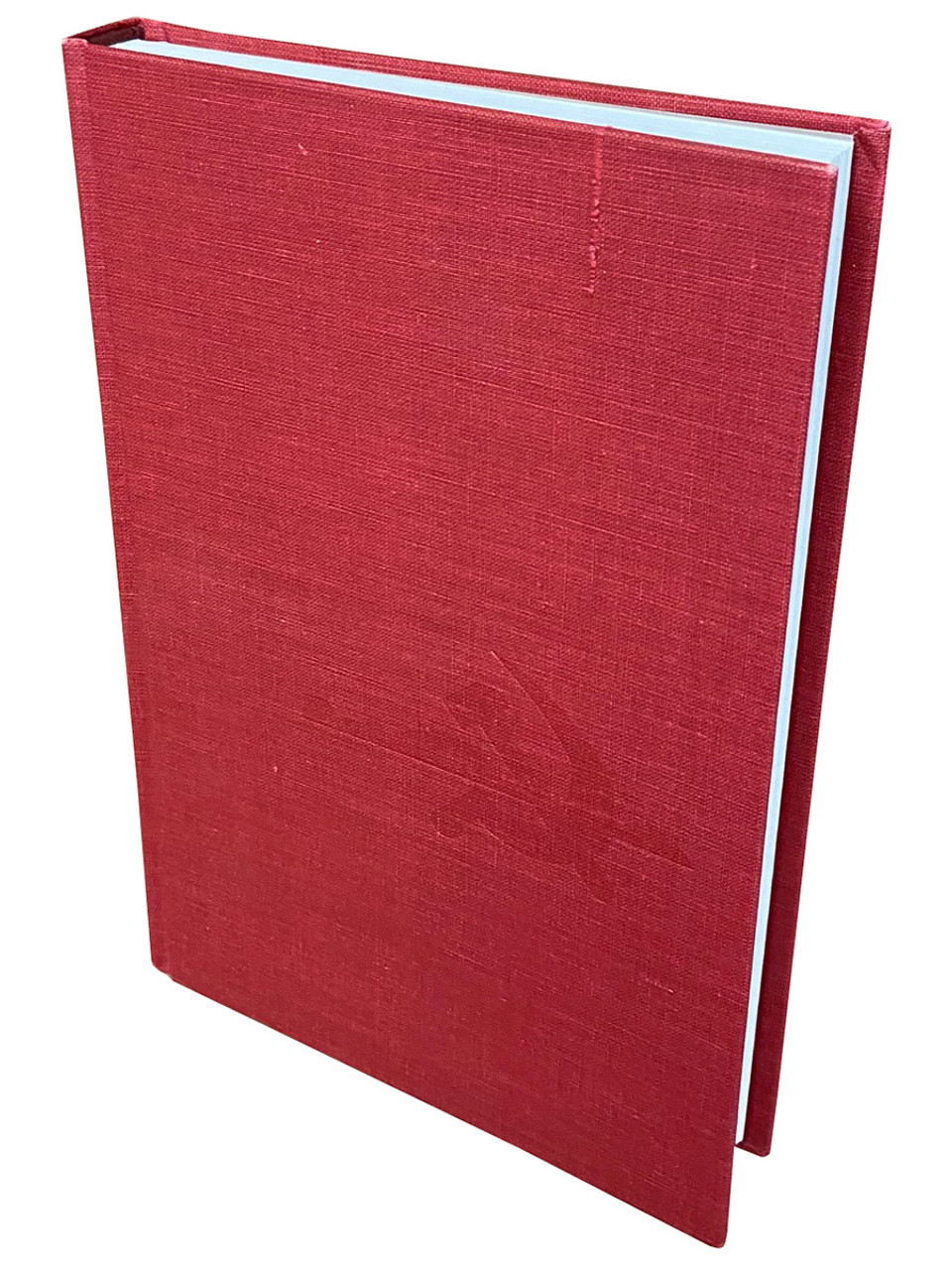 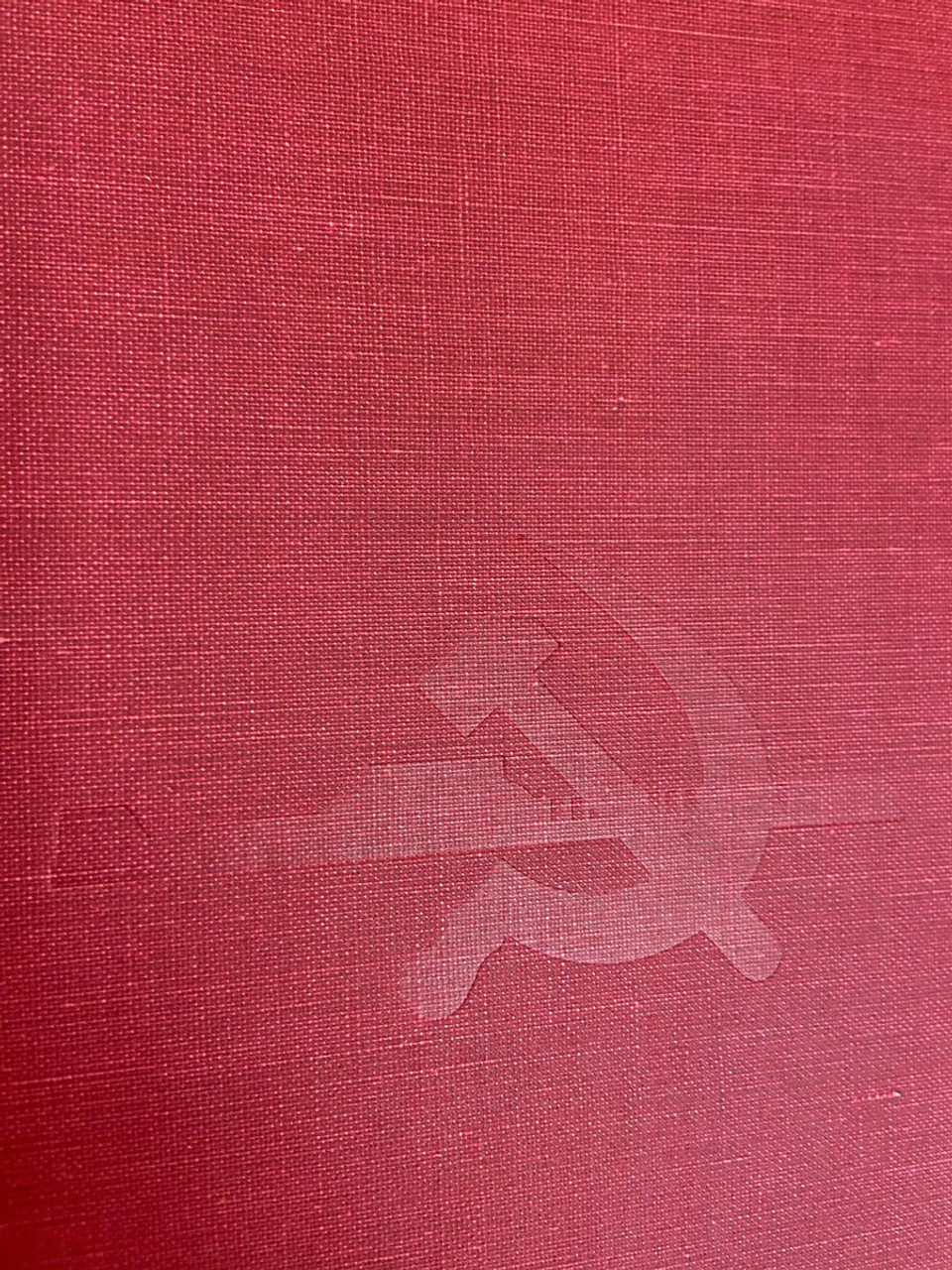 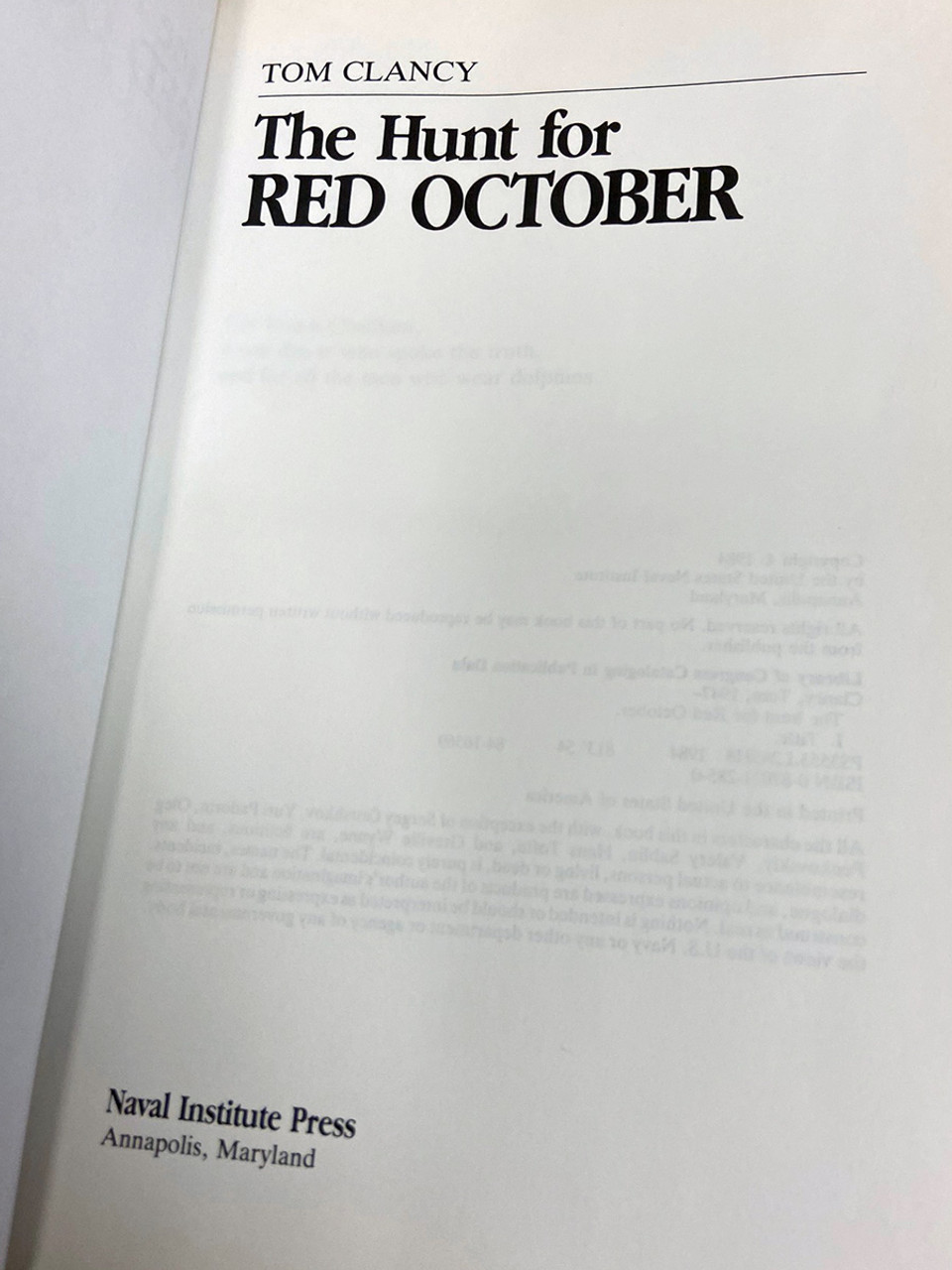 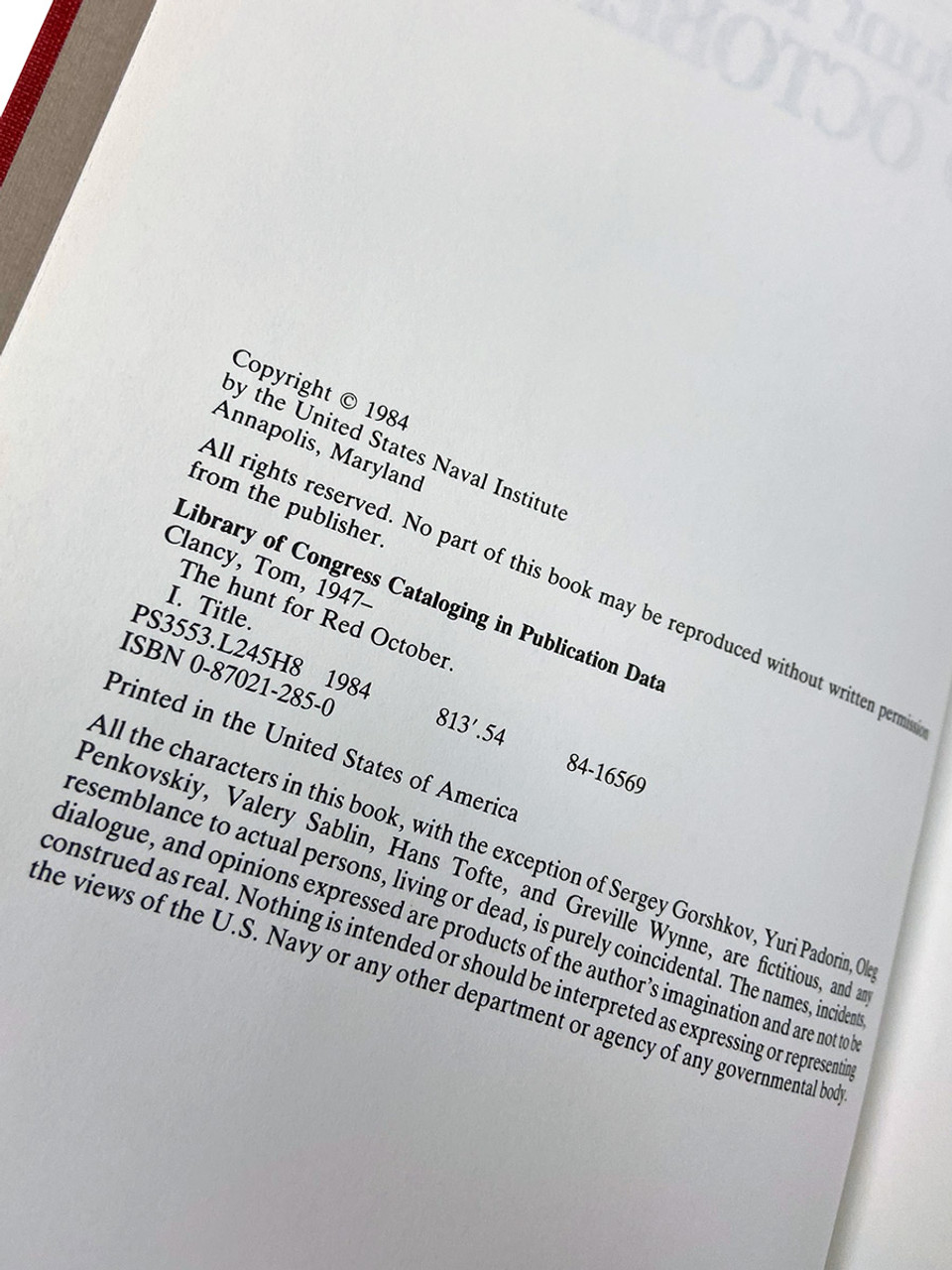 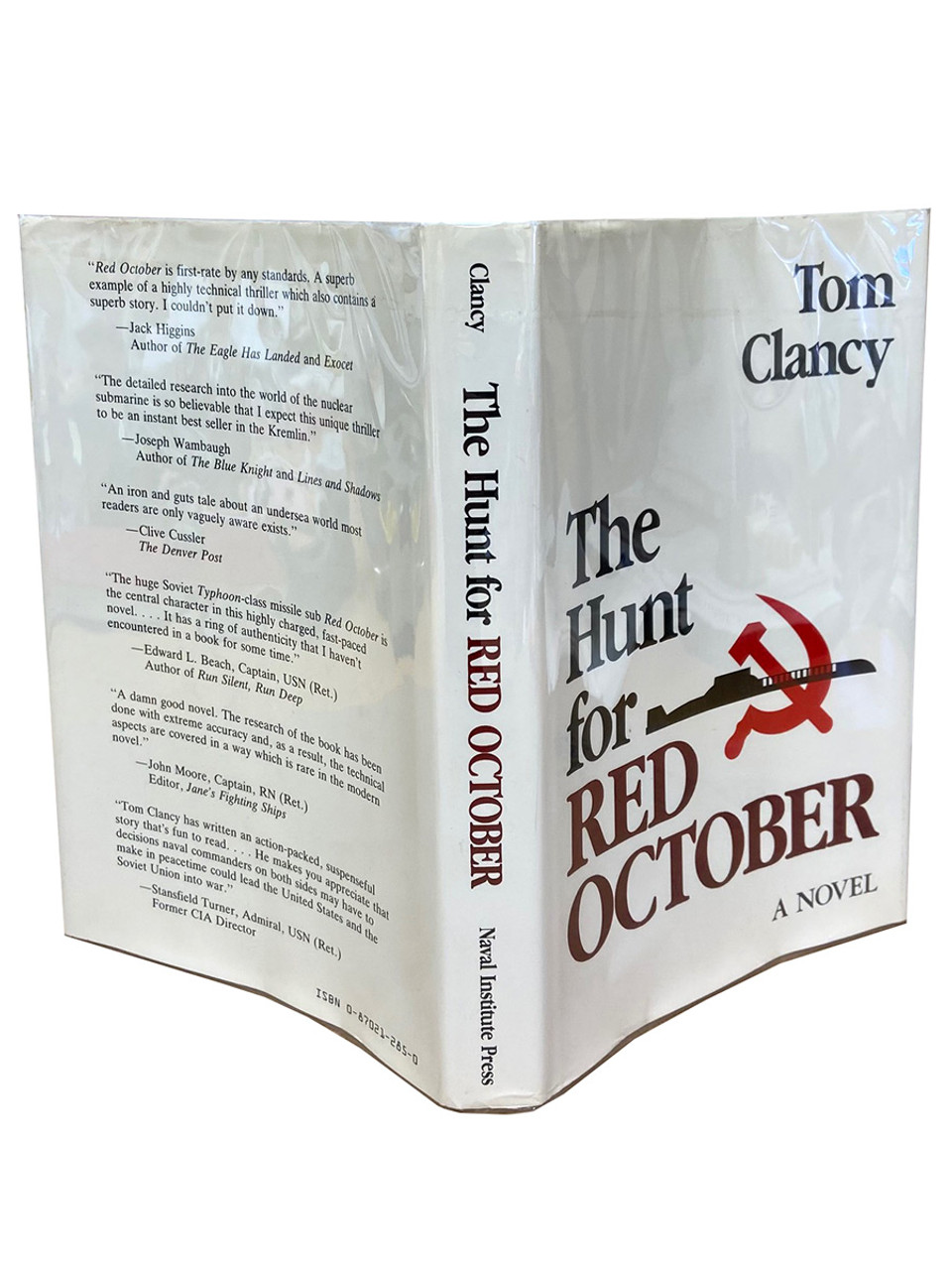 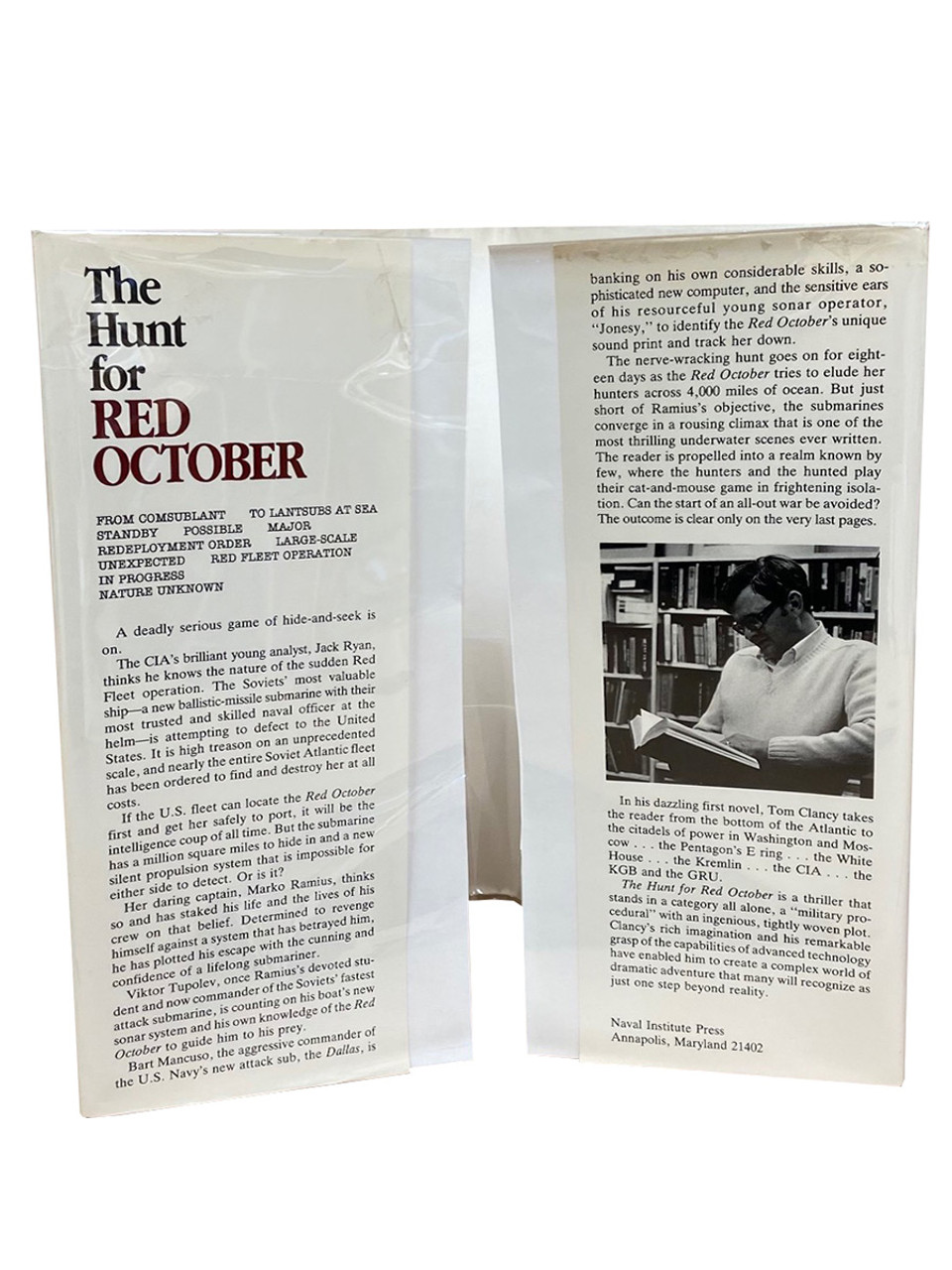 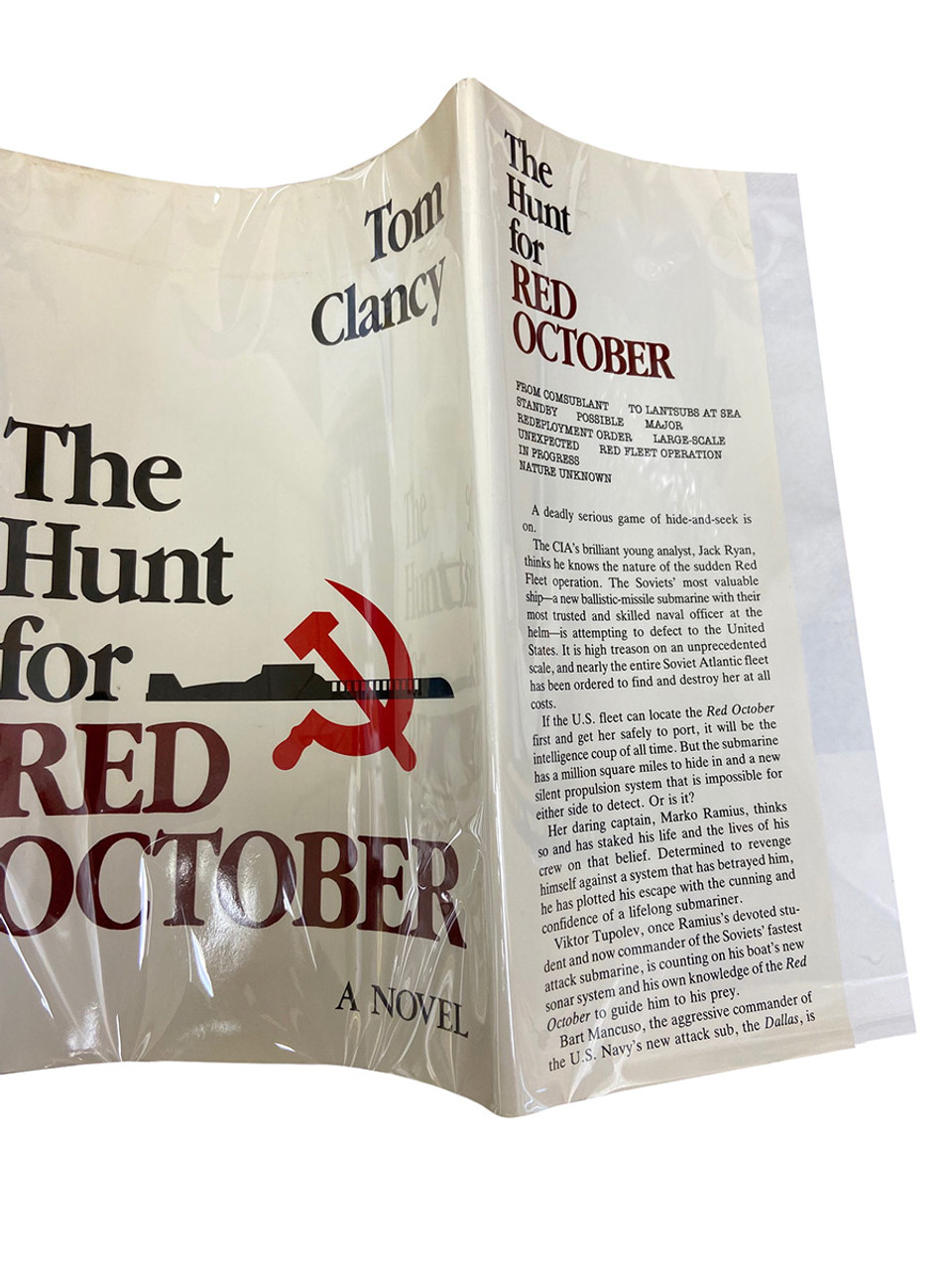 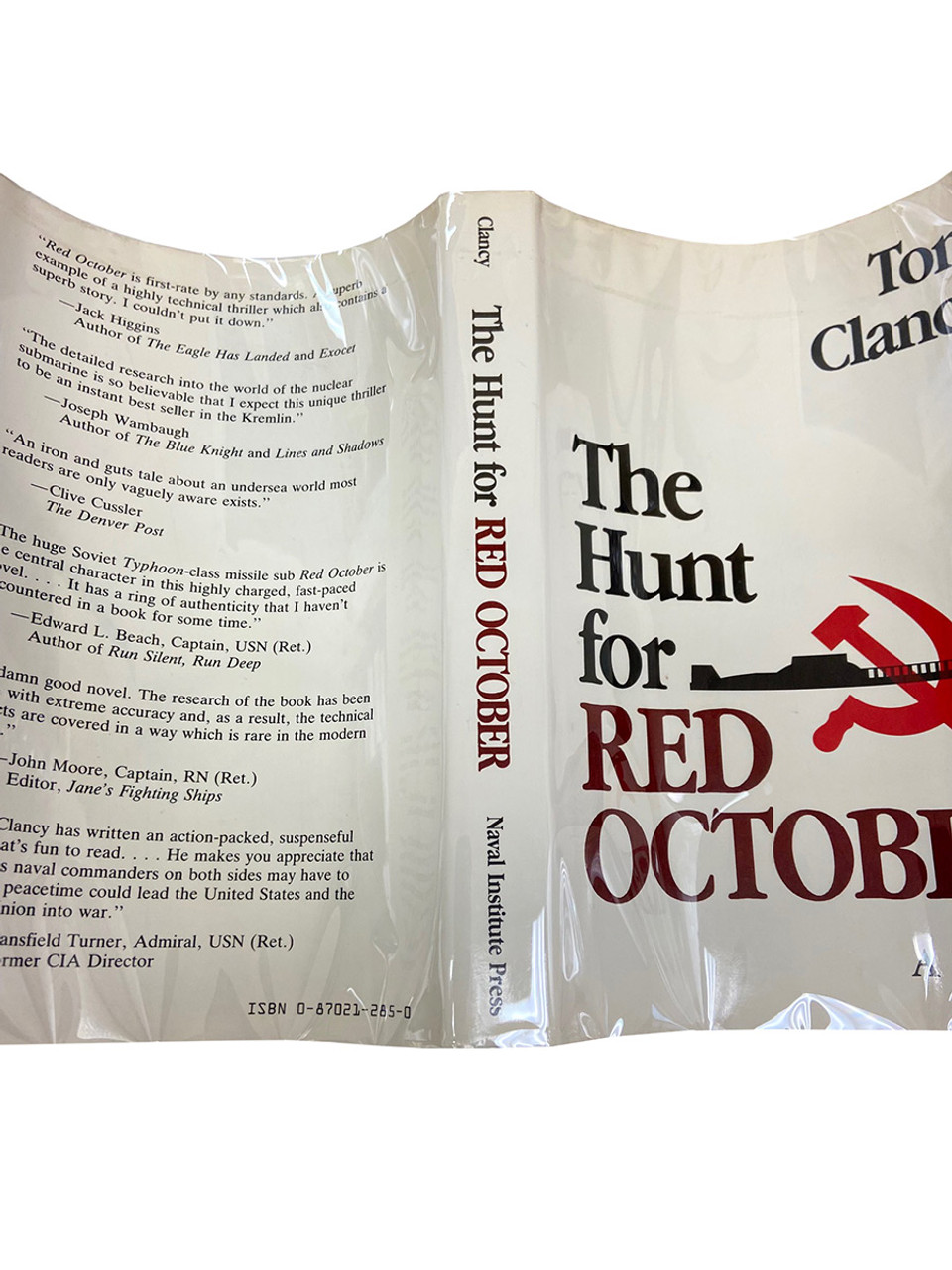 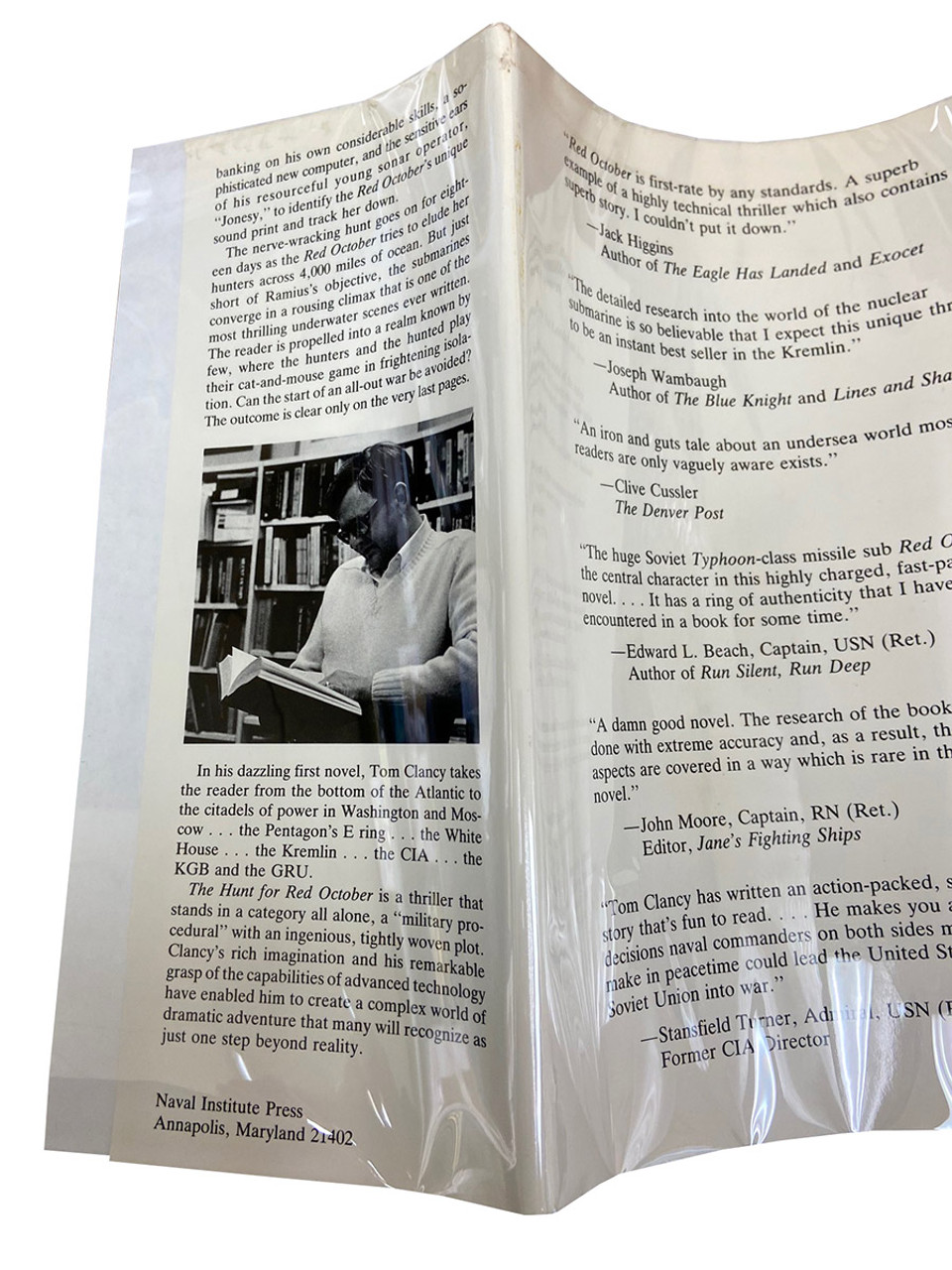 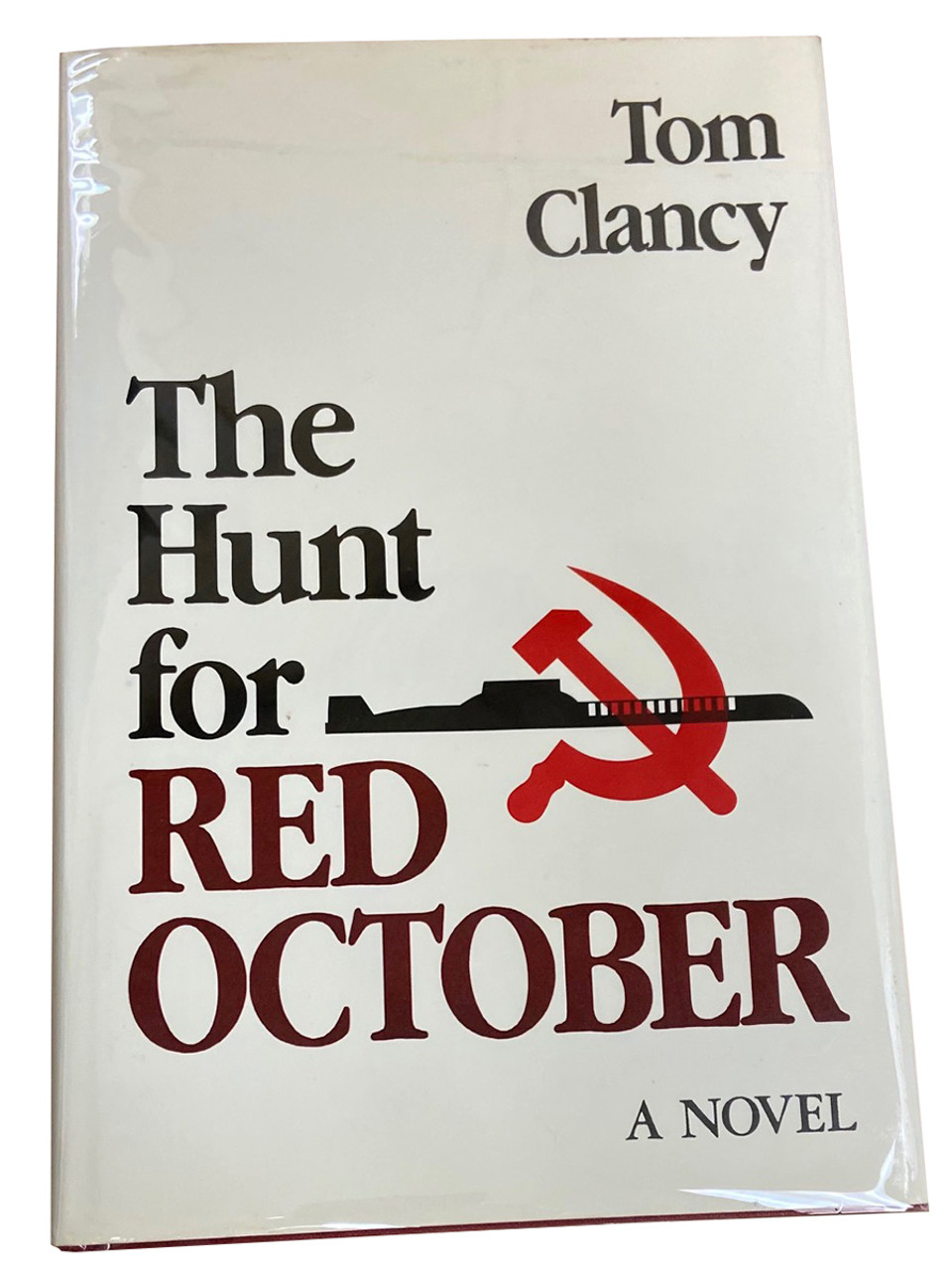 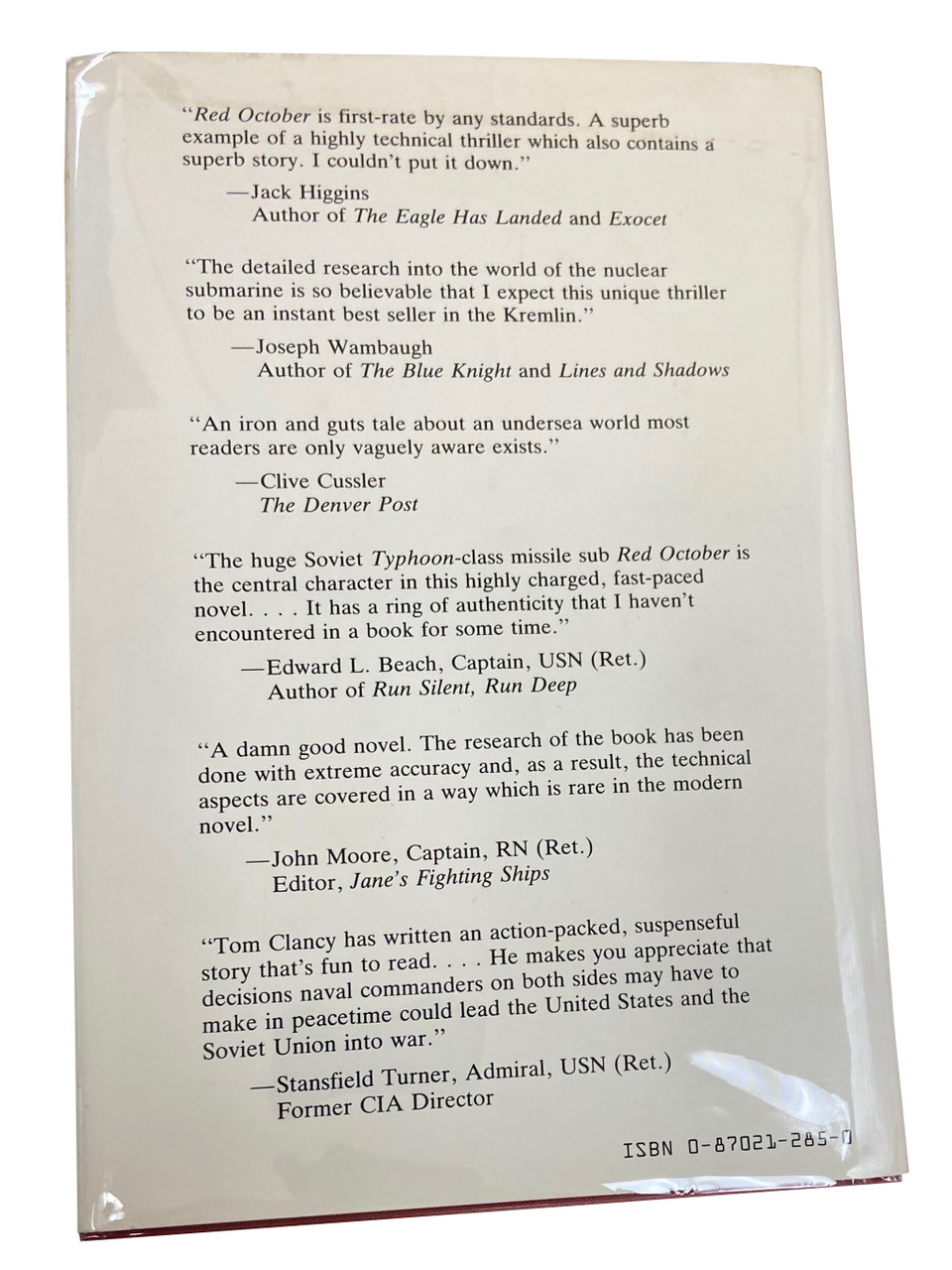 Naval Institute Press, 1984. Tom Clancy "The Hunt for Red October". First edition, First printing. Scarce in this excellent condition. ISBN 0-87021-285-0. A true 1st edition and 1st printing of this title along with the 1st issue of the dust jacket in original condition.

Somewhere under the Atlantic, a Soviet sub commander has just made a fateful decision: the Red October is heading west. The Americans want her. The Russians want her back. And the most incredible chase in history is on....

The Hunt for Red October is the runaway bestseller that launched Tom Clancy's phenomenal career. A military thriller so accurate and convincing that the author was rumored to have been debriefed by the White House. Its theme: the greatest espionage coup in history. Its story: the chase for a runaway top secret Russian missile sub.

This book is one of only 5000 First Printings with all the correct issue points:

3) There is NO stated printing and no "First Edition" on the copyright page.

4) There are 18 lines of print on the copyright page.

The novel was originally published by the U.S. Naval Institute Press, the first fictional work they ever published and still their most successful.

"The Hunt for Red October is Tom Clancy's superb, exciting story, only made better by the reading of Richard Crenna...Even if you have read the book and seen the movie, this cassette with Crenna's voice will give you two hours and 41 minutes of thrills...Don't miss this listening pleasure!" -- The News Chief

The Hunt for Red October was the start of a loosely connected series by Tom Clancy which shared a rough continuity and many of the characters in the novel. Jack Ryan in particular went on to be the central character of many of Clancy's later novels, though some of Clancy's novels were explicitly unrelated (such as Red Storm Rising).

The ultimate fate of the Red October is explained in the Clancy novel The Cardinal of the Kremlin, where it is revealed that the vessel was reverse engineered and stripped of all technology. The Red October was then sunk in a deep ocean trench to avoid discovery.

The novel was made into a commercially-successful movie in 1990, starring:

There were several differences between the novel and the film, including the Red October traveling up the Chesapeake Bay and near Tom Clancy's Calvert County home on the water and the prominence of the Royal Navy, including the HMS Invincible. The order of many events also has been changed.

Thomas Leo Clancy Jr. (April 12, 1947 – October 1, 2013) was an American novelist. He is best known for his technically detailed espionage and military-science storylines set during and after the Cold War. Seventeen of his novels have been bestsellers and more than 100 million copies of his books have been sold. His name was also used on movie scripts written by ghostwriters, nonfiction books on military subjects occasionally with co-authors, and video games. He was a part-owner of his hometown Major League Baseball team, the Baltimore Orioles of the American League, and vice-chairman of their community activities and public affairs committees.

Originally an insurance agent, his literary career began in 1984 when he sold his first military thriller novel The Hunt for Red October for $5,000 published by the small academic Naval Institute Press of Annapolis, Maryland. His works The Hunt for Red October (1984), Patriot Games (1987), Clear and Present Danger (1989), and The Sum of All Fears (1991) have been turned into commercially successful films. Actors Alec Baldwin, Harrison Ford, Ben Affleck, Chris Pine, and John Krasinski have played Clancy's most famous fictional character, Jack Ryan. Another well-known character of his, John Clark, has been portrayed by actors Willem Dafoe, Liev Schreiber, and Michael B. Jordan. Tom Clancy's works also inspired games such as the Ghost Recon, Rainbow Six, The Division, and Splinter Cell series. Since Clancy's death in 2013, the Jack Ryan series has been continued by his family estate through a series of authors.

Hardcover book: Near FINE+ . Very minor wear to one spot at the spin heel and one mark to the front cover. Otherwise a wonderful bright clean copy with straight boards. Free of marks, writings, or stamps. No attached bookplates or indication of any removed. The binding is uniform and tight. Sharp corners. Most likely an unread book. Dust-jacket: NEAR FINE+ with a short crease in the corner as shown. The bright dust-jacket does not show any edge-wear or tears. Brand new Mylar Brodart acid-free dust-jacket protector. All photos of actual book.