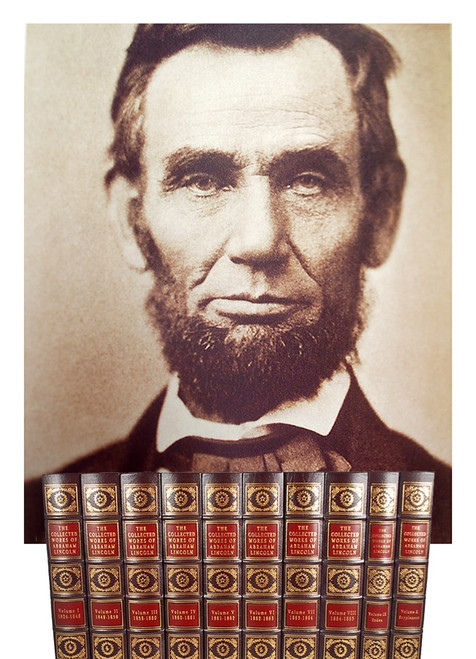 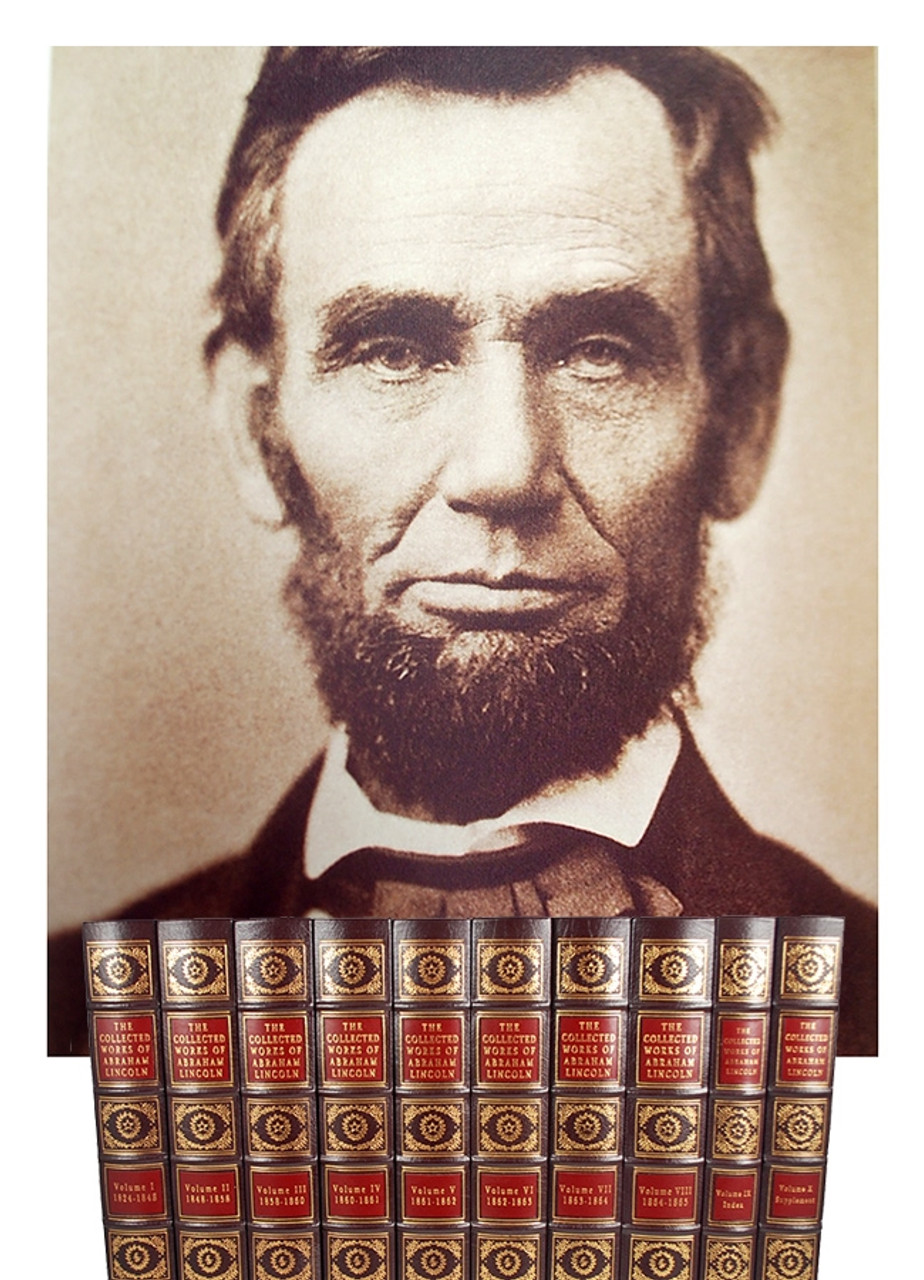 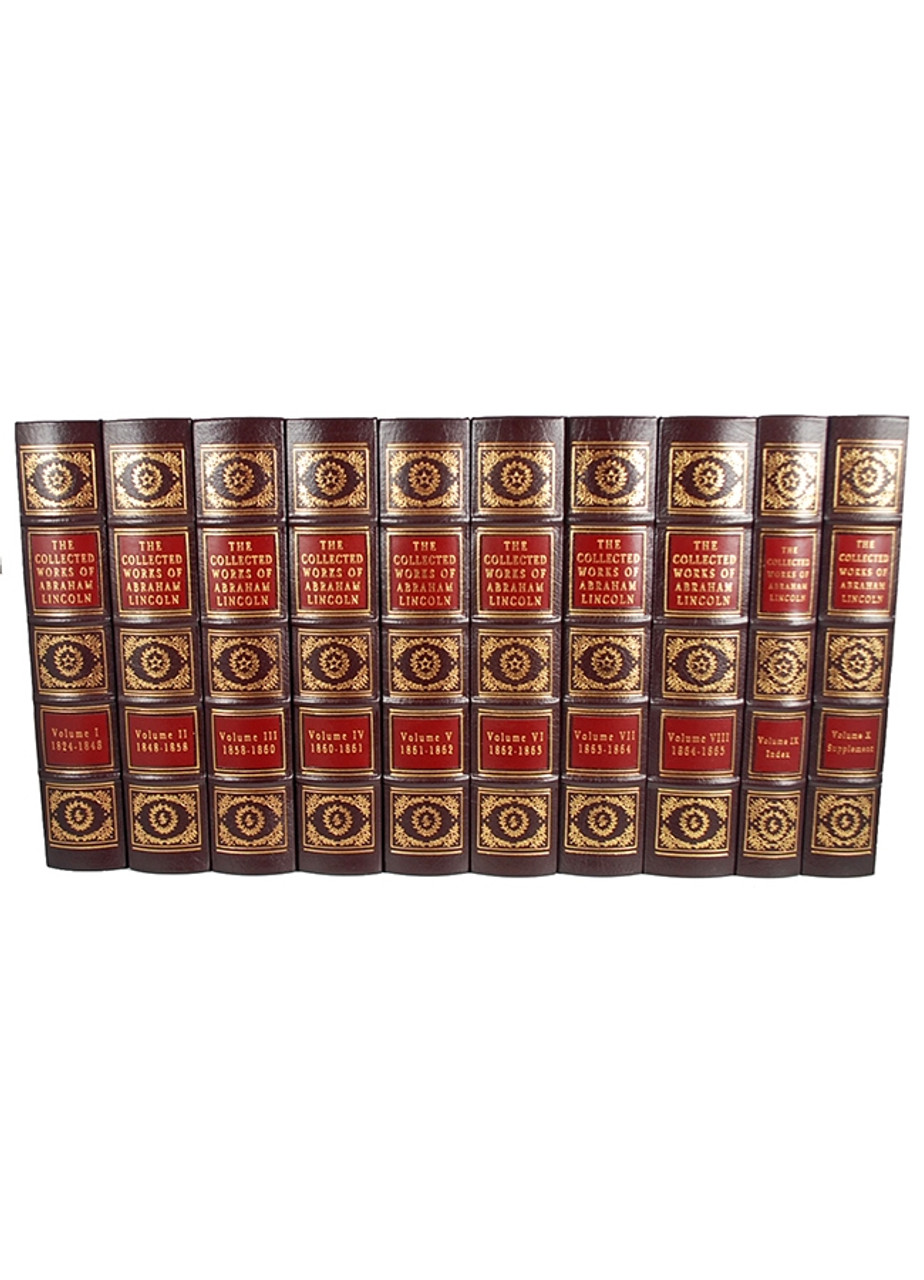 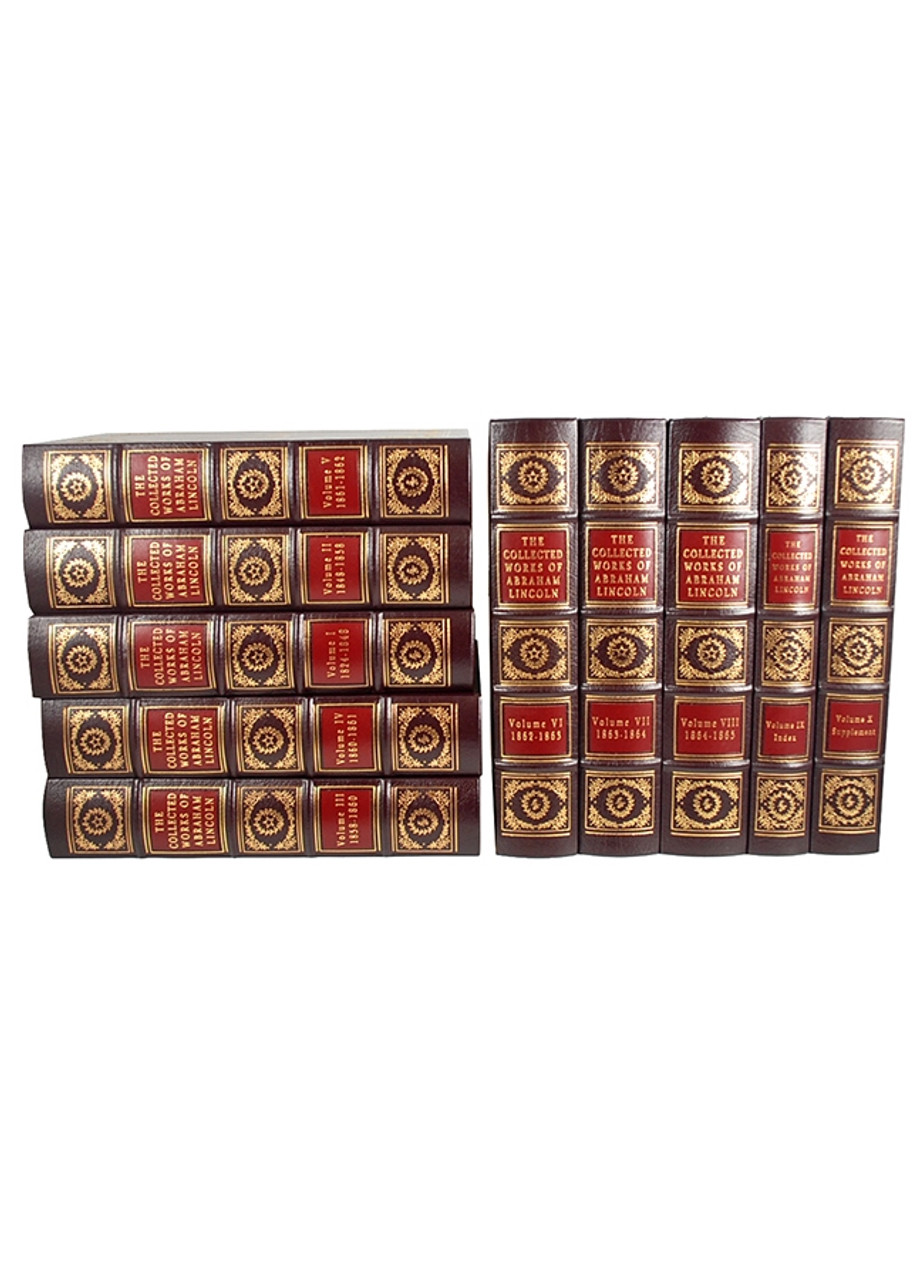 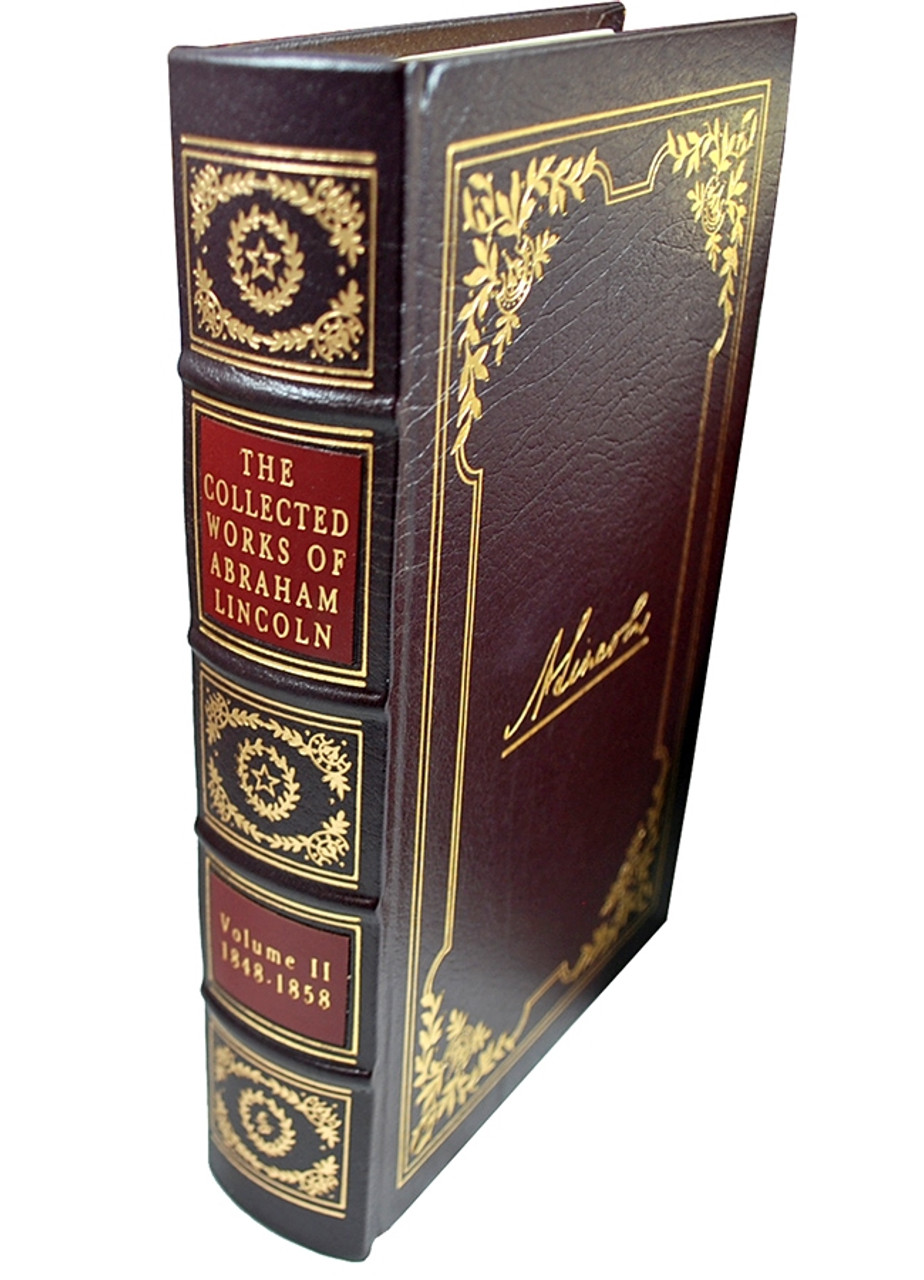 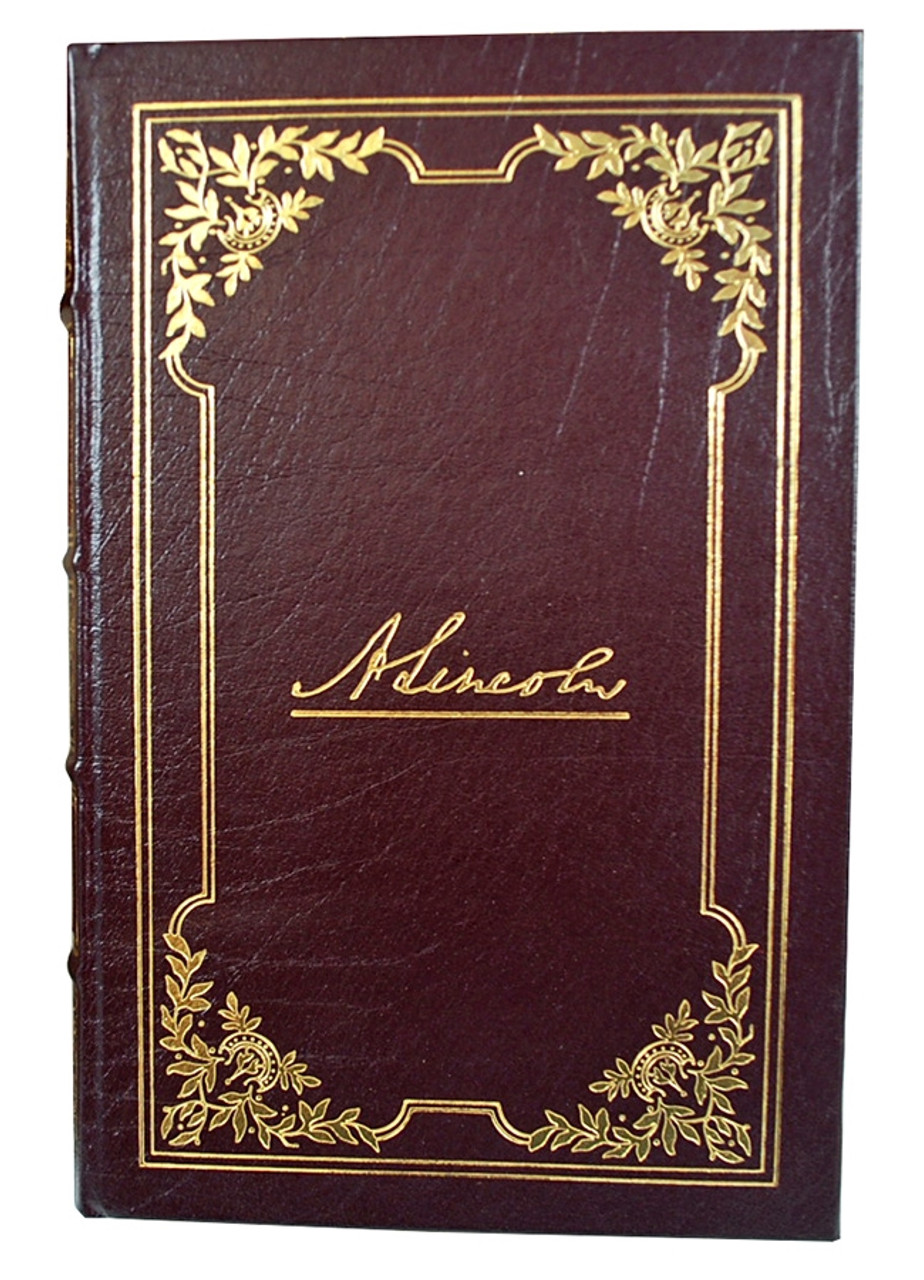 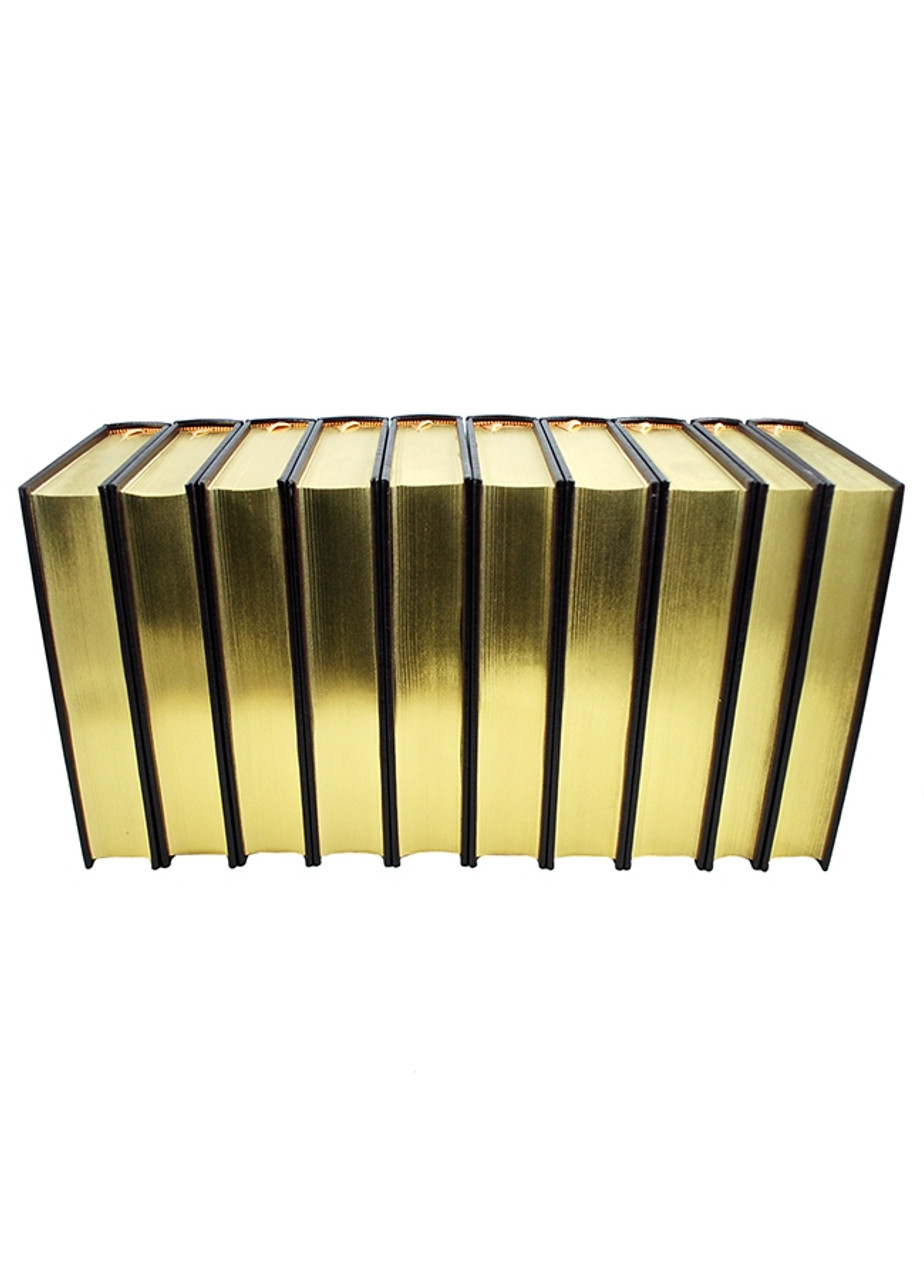 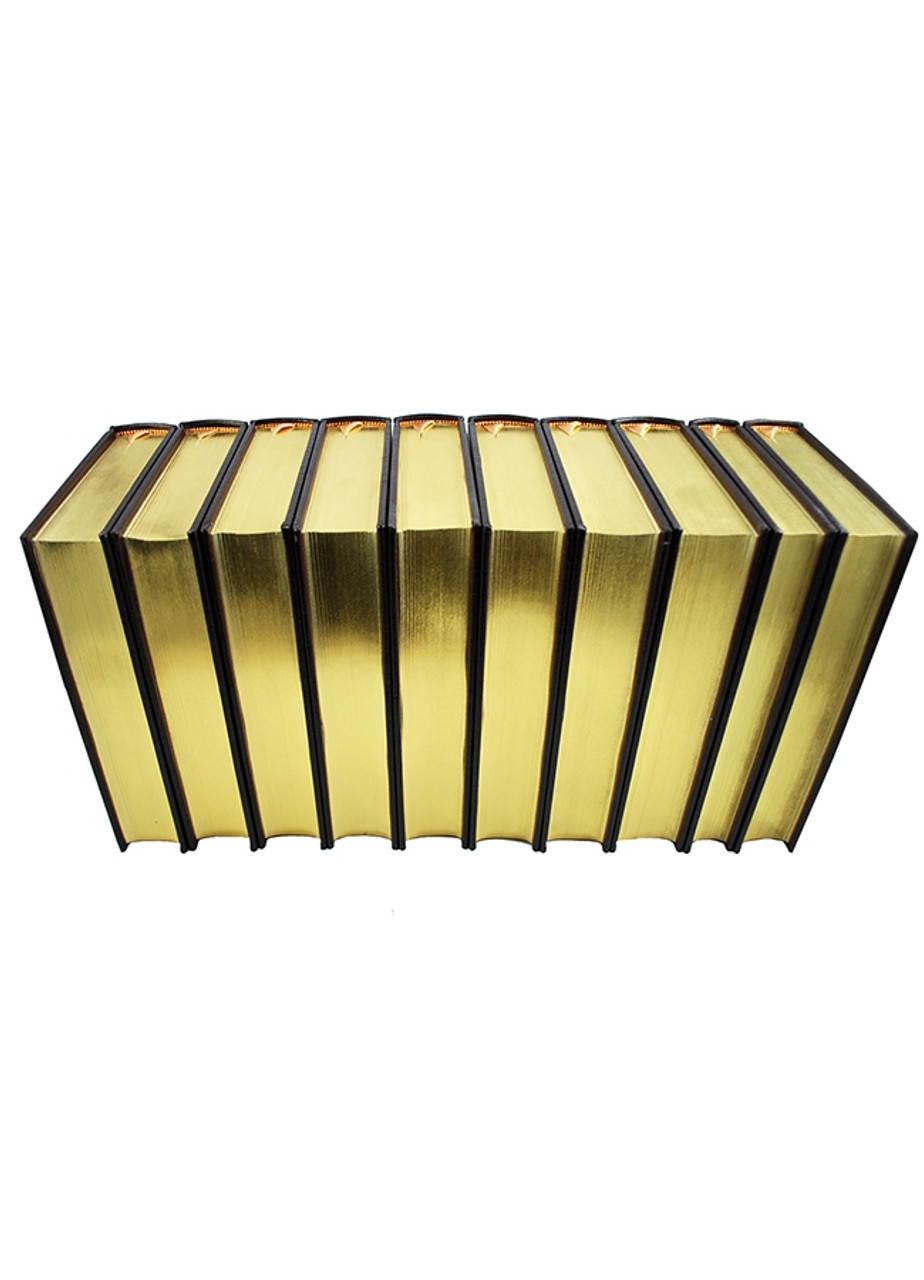 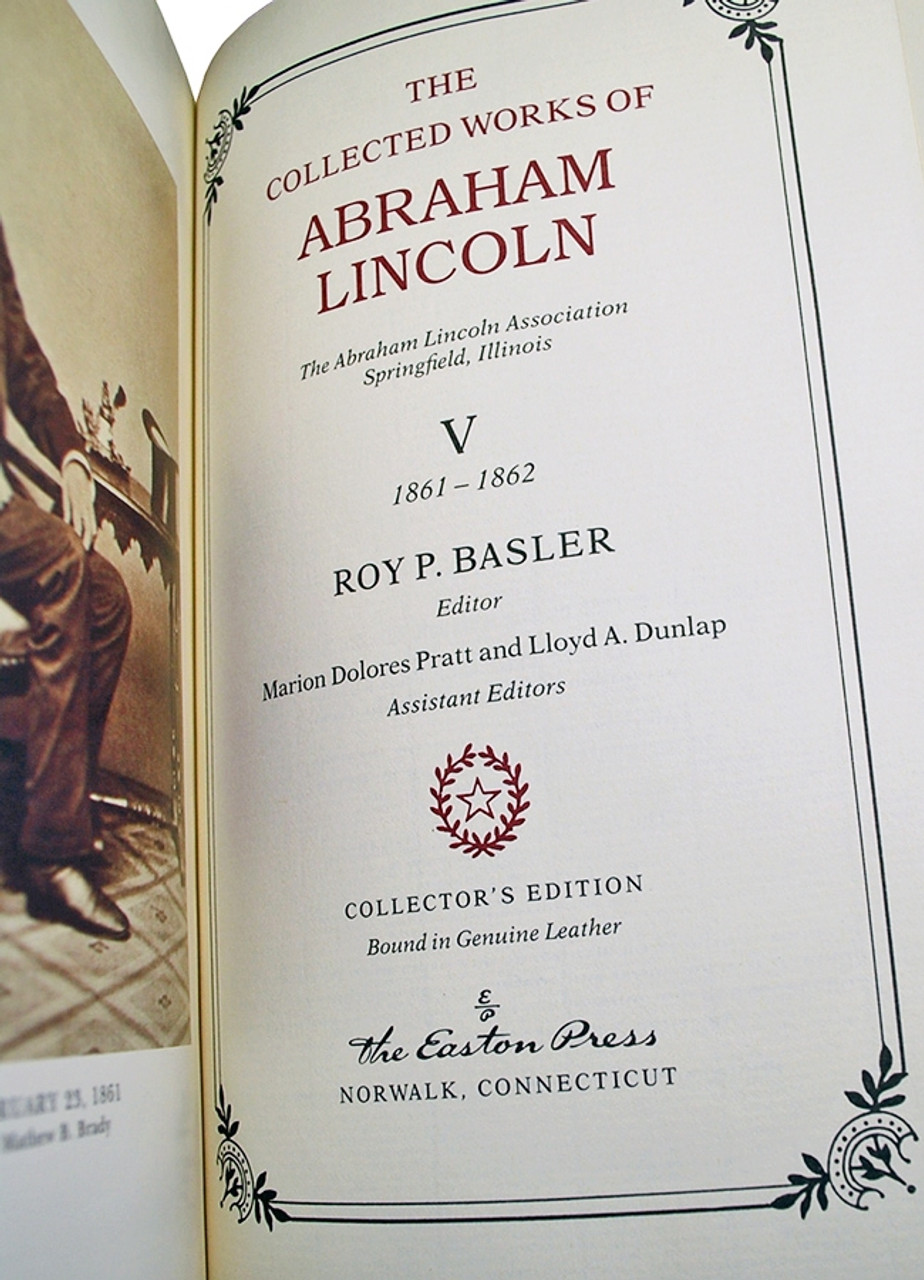 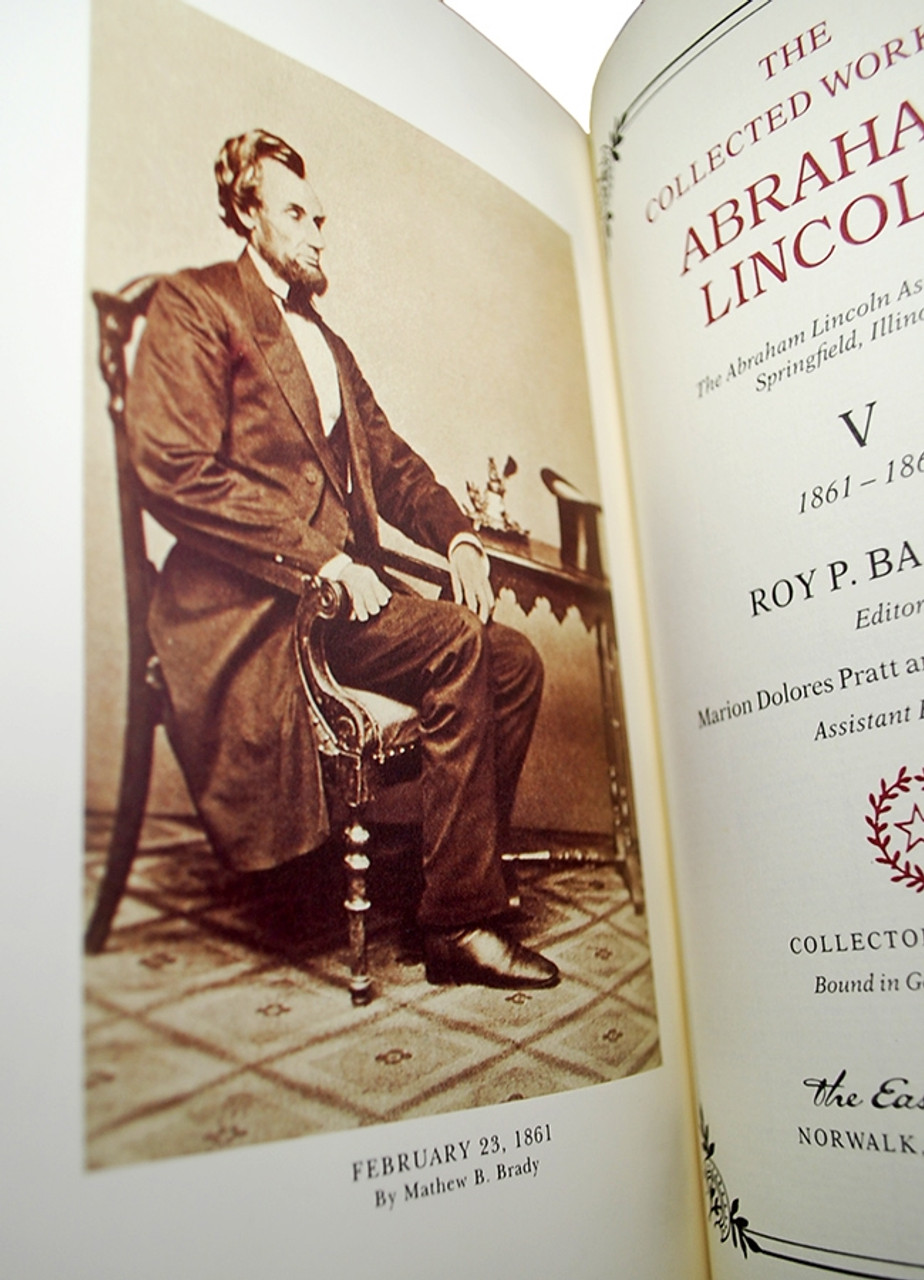 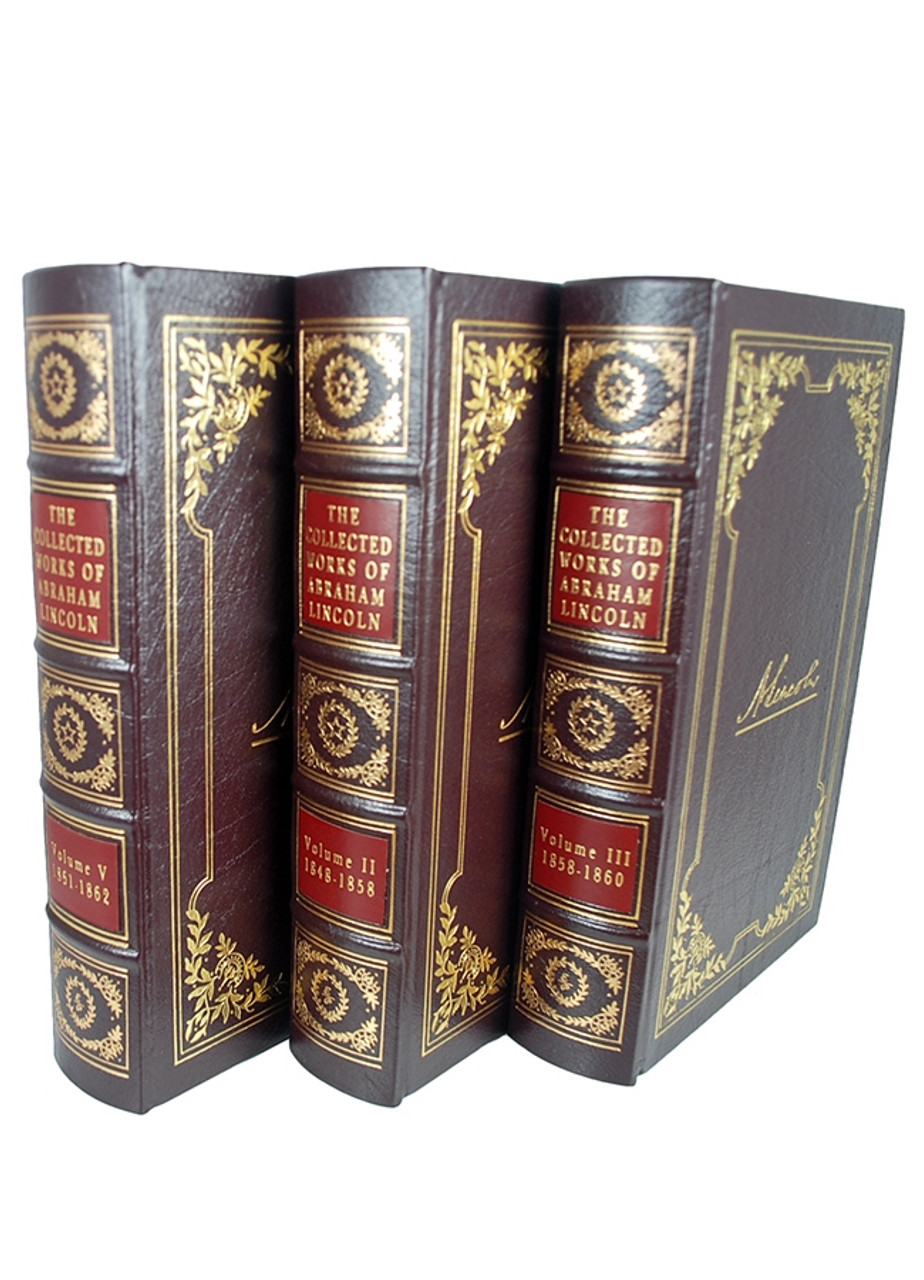 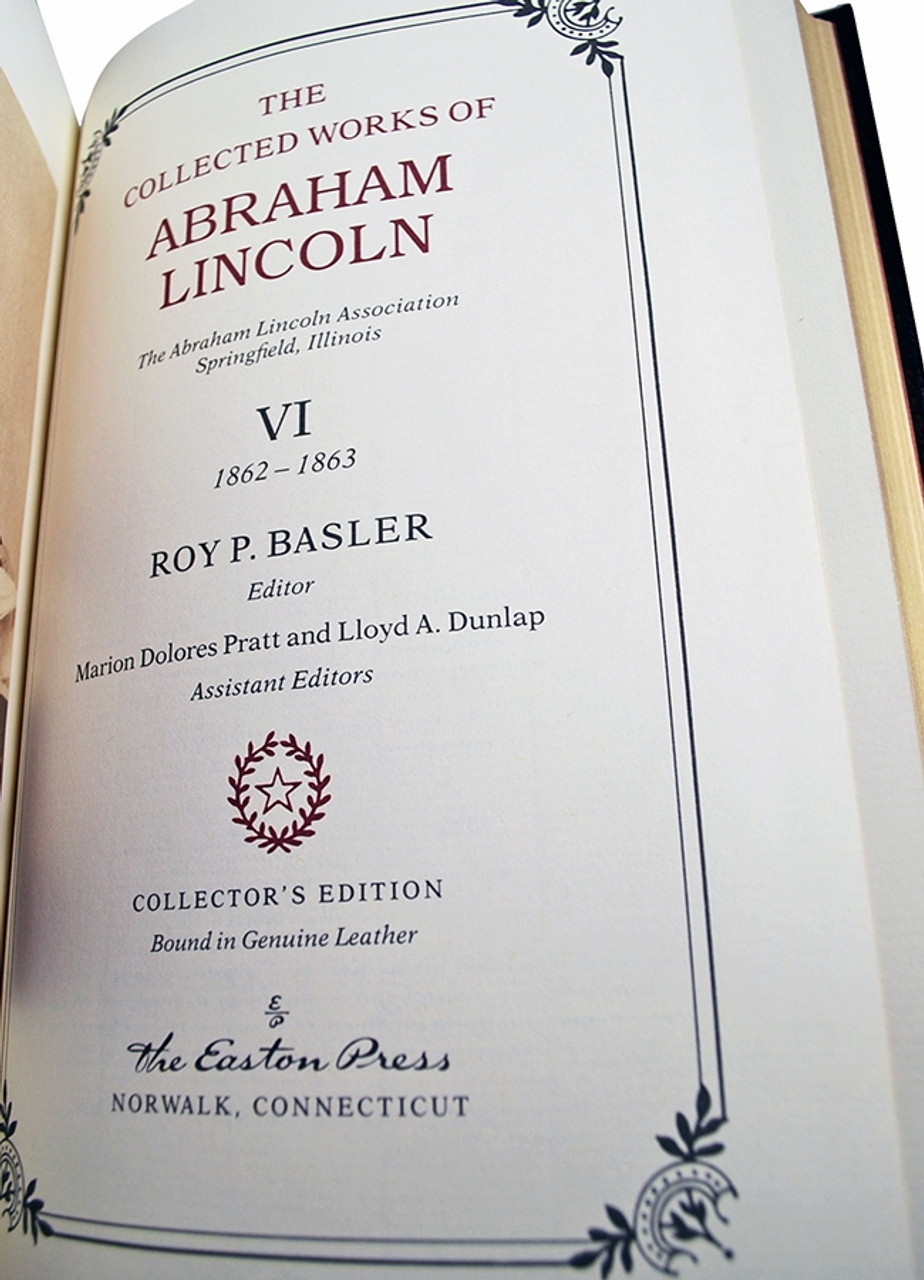 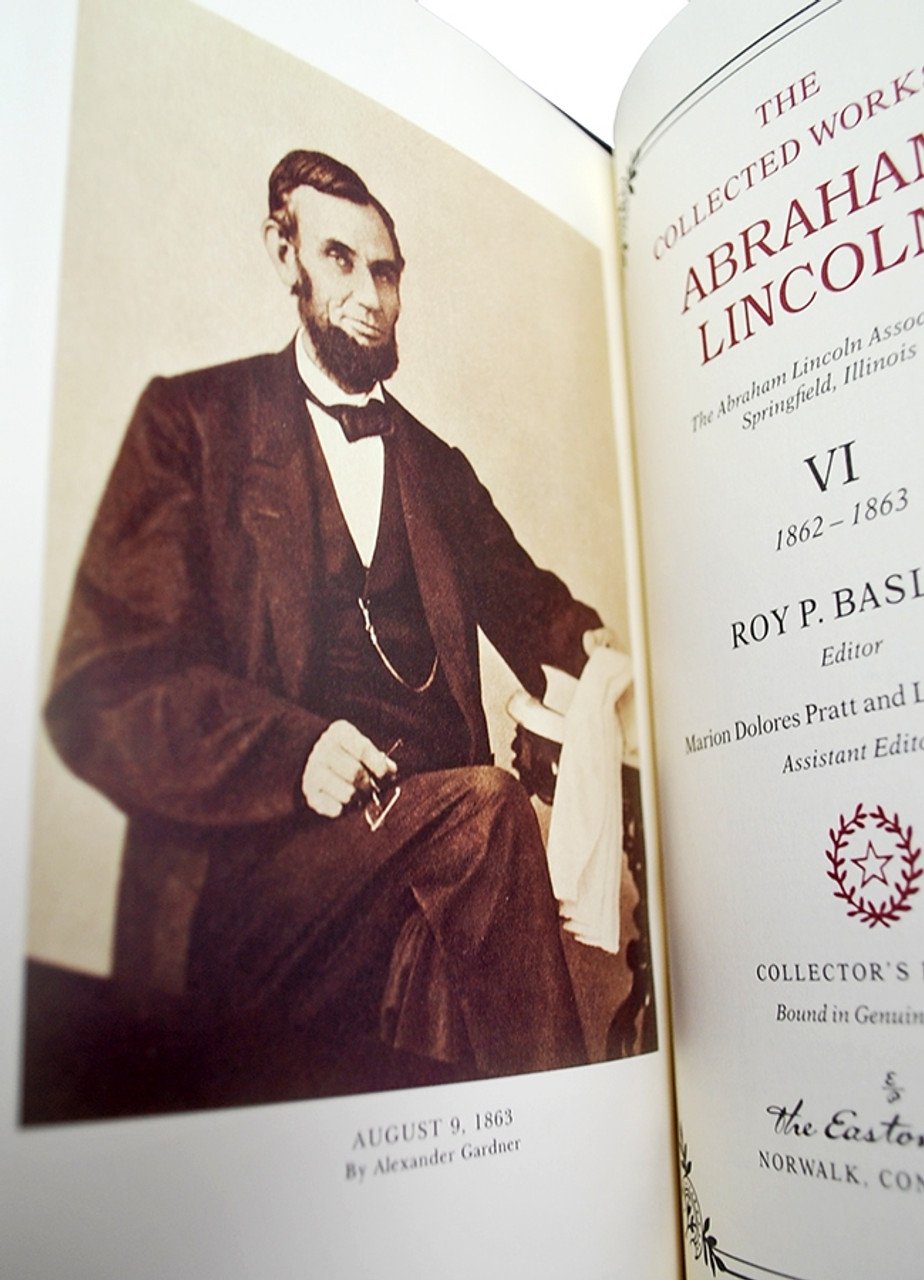 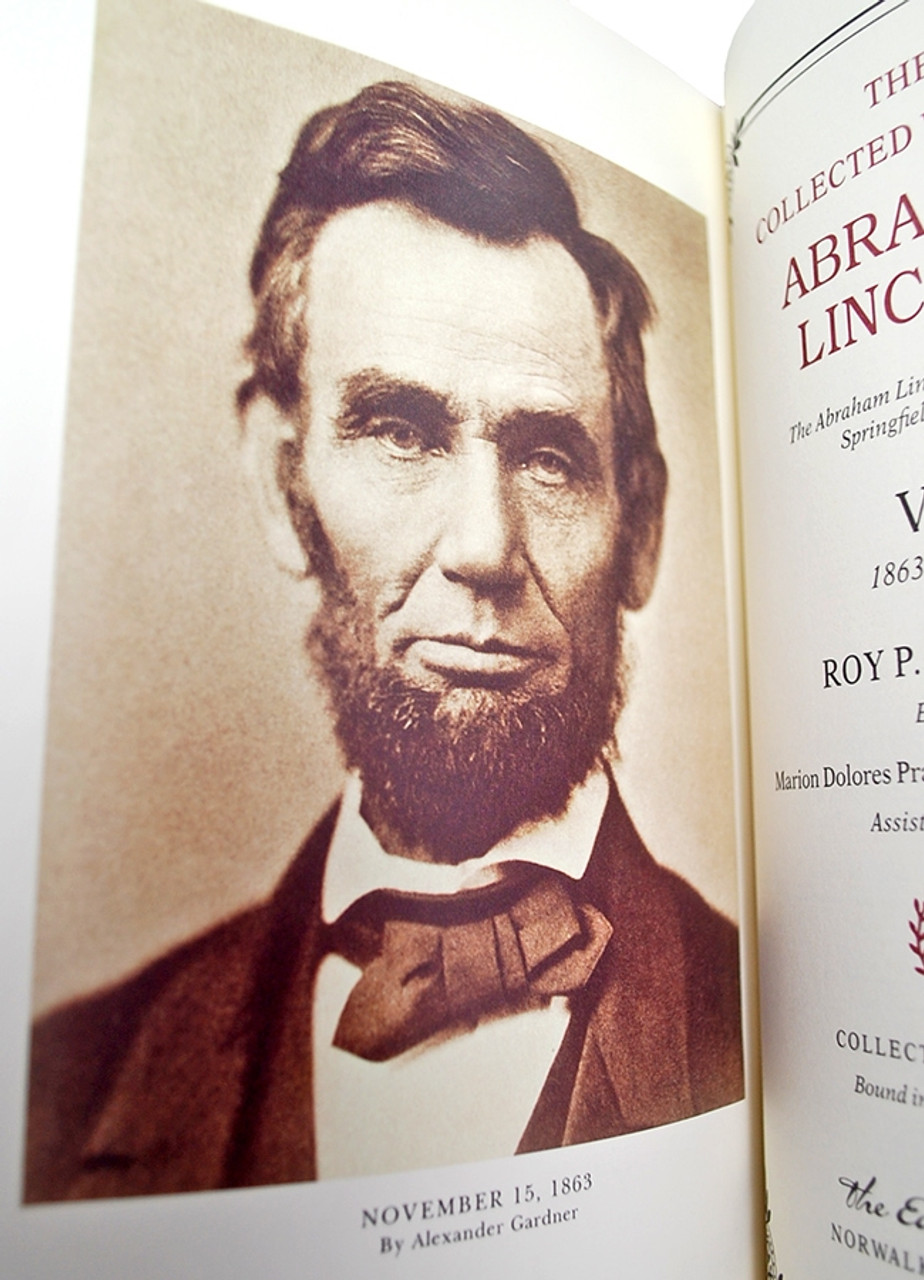 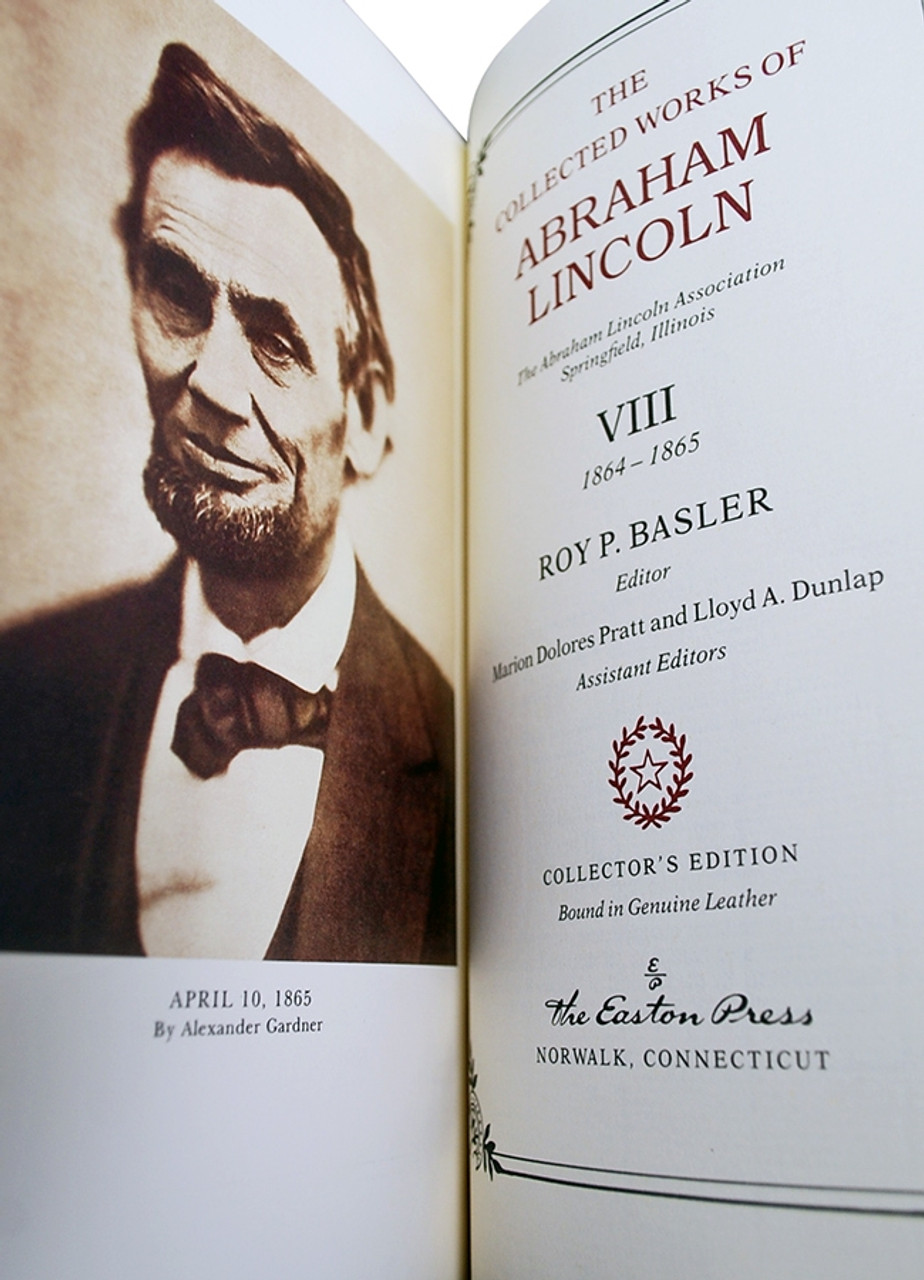 A beautiful leather bound heirloom collector's set to display in your home library or office. This is the most comprehensive works of Abraham Lincoln ever published and that is now OUT OF PRINT.

Abraham Lincoln (February 12, 1809 - April 15, 1865) was the 16th President of the United States, serving from March 1861 until his assassination in April 1865. Lincoln led the United States through its greatest constitutional, military, and moral crisis, the American Civil War, preserving the Union, abolishing slavery, strengthening the national government and modernizing the economy. Reared in a poor family on the western frontier, Lincoln was self-educated, and became a country lawyer, a Whig Party leader, Illinois state legislator during the 1830s, and a one-term member of the United States House of Representatives during the 1840s.

After a series of debates in 1858 that gave national visibility to his opposition to the expansion of slavery, Lincoln lost a Senate race to his arch-rival, Stephen A. Douglas. Lincoln, a moderate from a swing state, secured the Republican Party presidential nomination in 1860. With almost no support in the South, Lincoln swept the North and was elected president in 1860. His election was the signal for seven southern slave states to declare their secession from the Union and form the Confederacy. The departure of the Southerners gave Lincoln's party firm control of Congress, but no formula for compromise or reconciliation was found. Lincoln explained in his second inaugural address: "Both parties deprecated war, but one of them would make war rather than let the Nation survive, and the other would accept war rather than let it perish, and the war came."

All ten volumes in As New condition without any flaws. Sharp corners that are not bumped and free of any marks, scratches, or blemishes to the gilded page edges. No bookplates attached or indication of any removed. Unread books with square and tight spines.