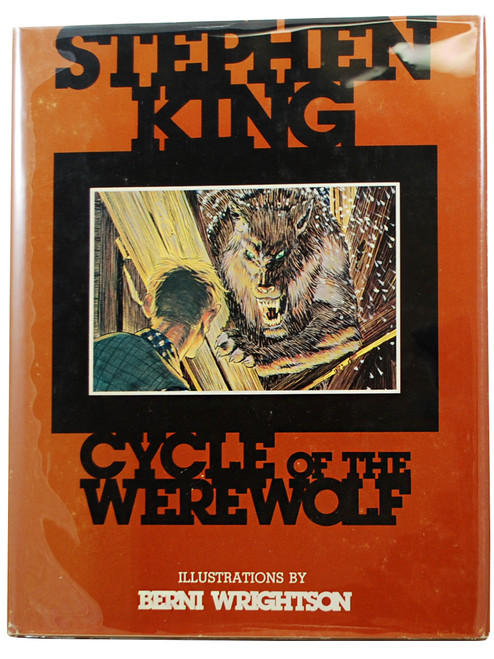 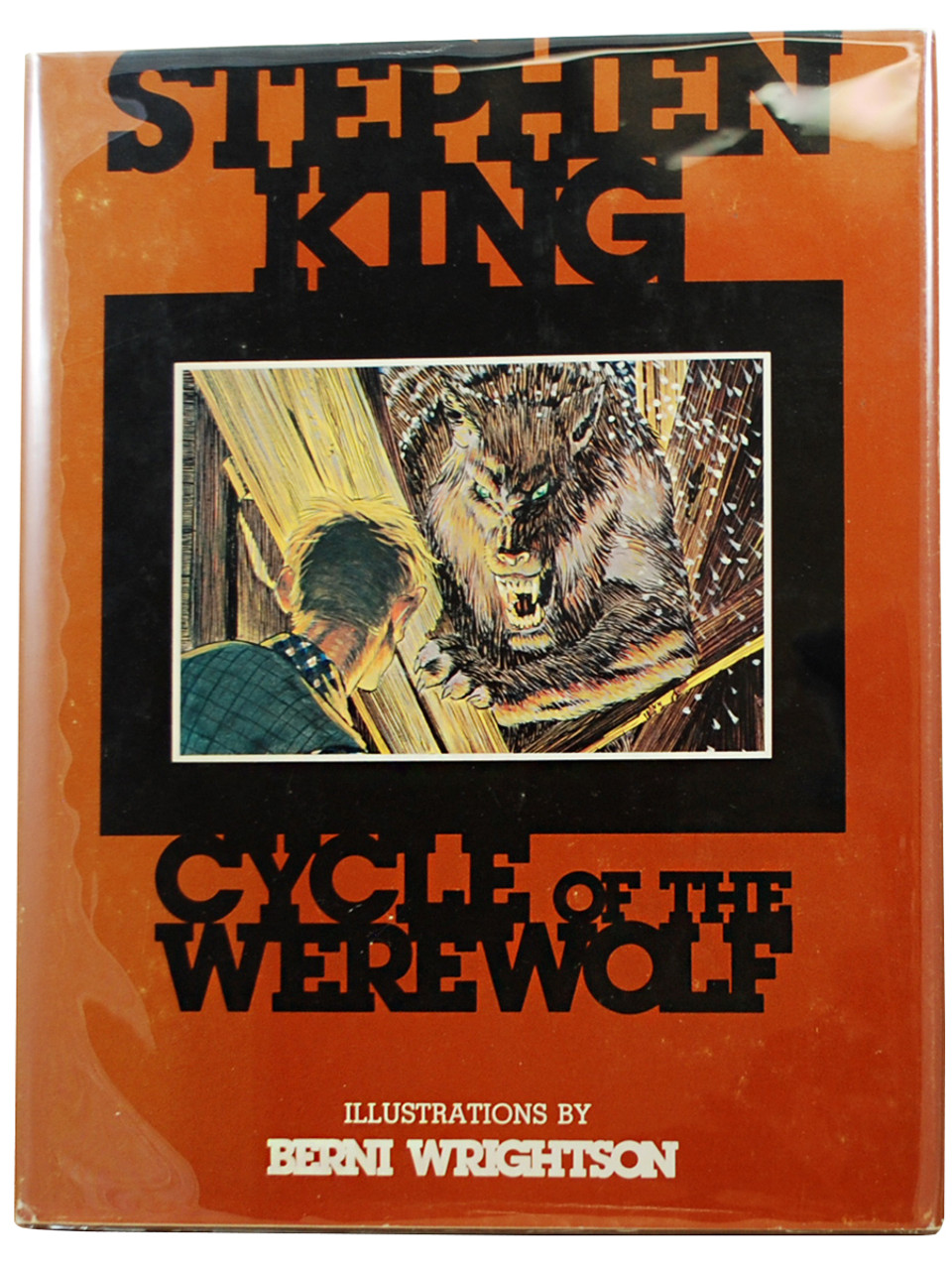 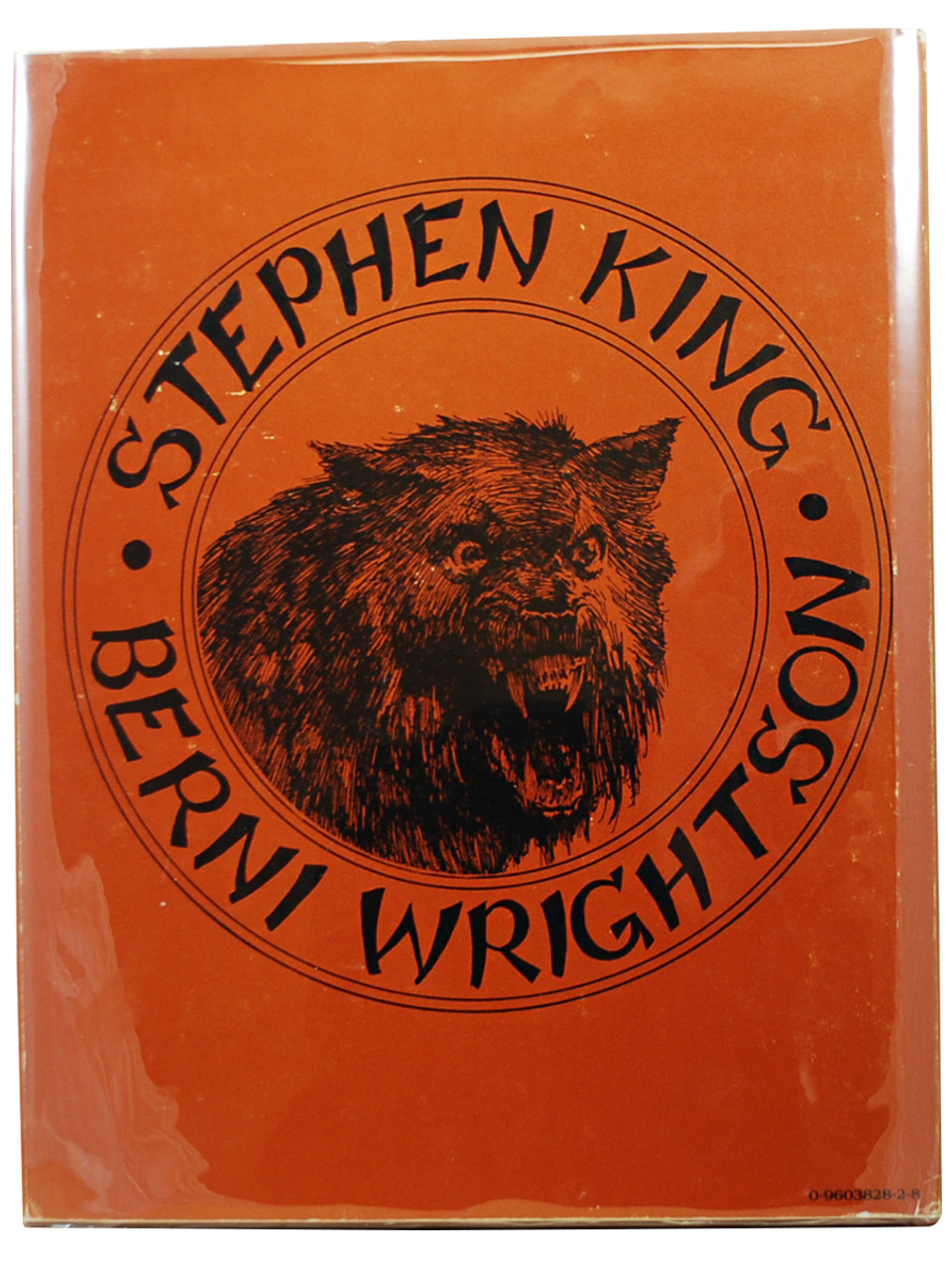 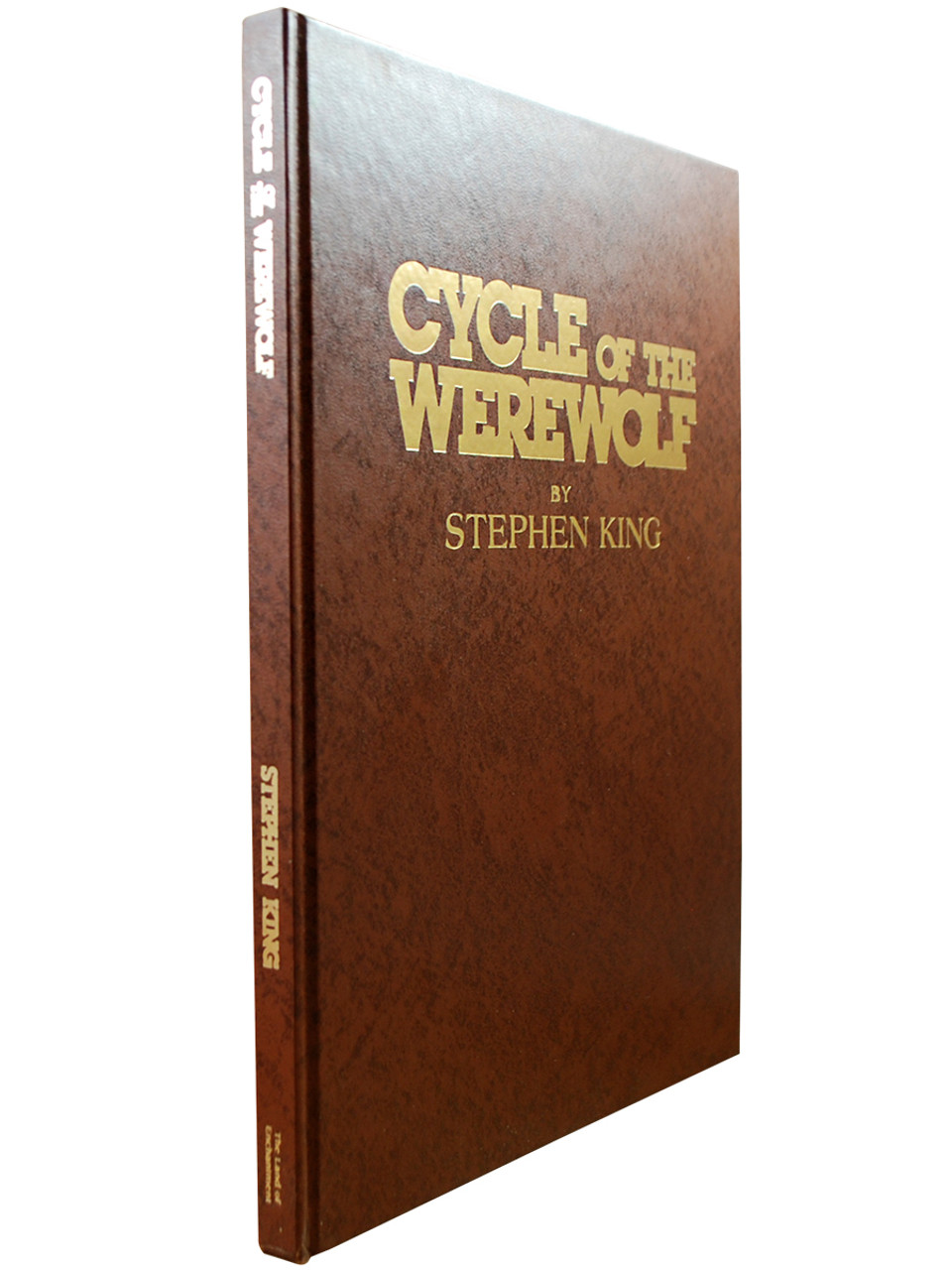 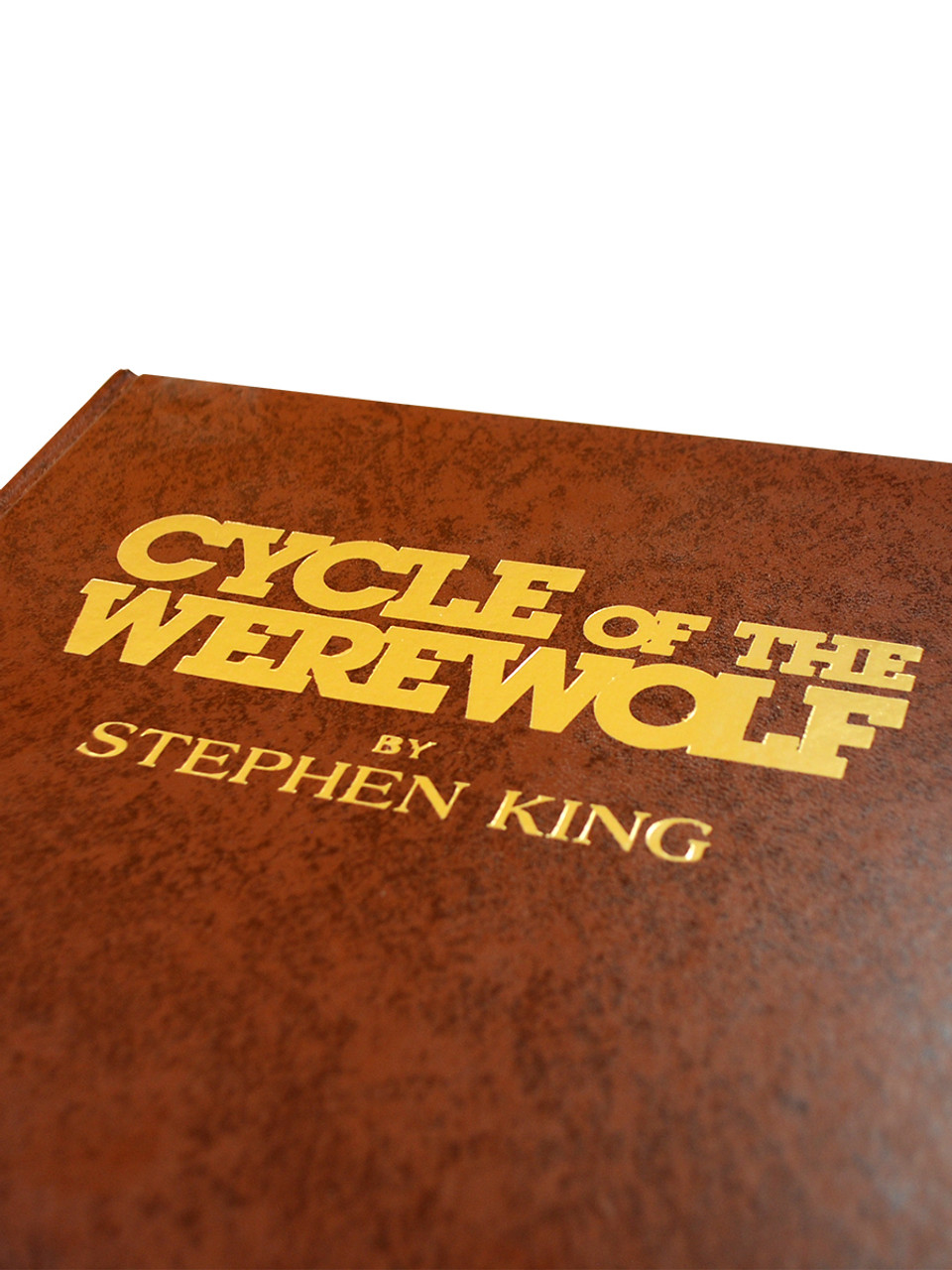 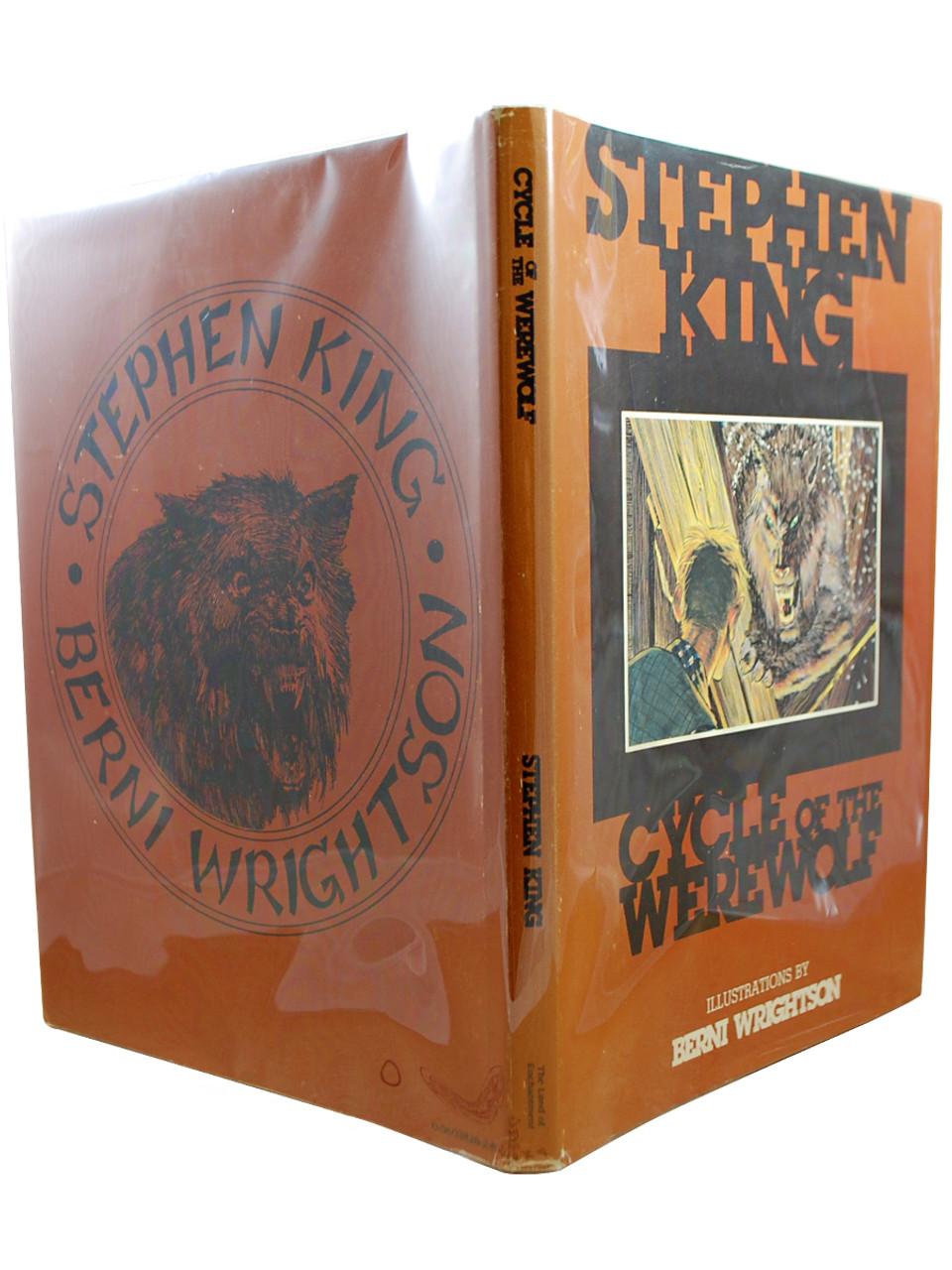 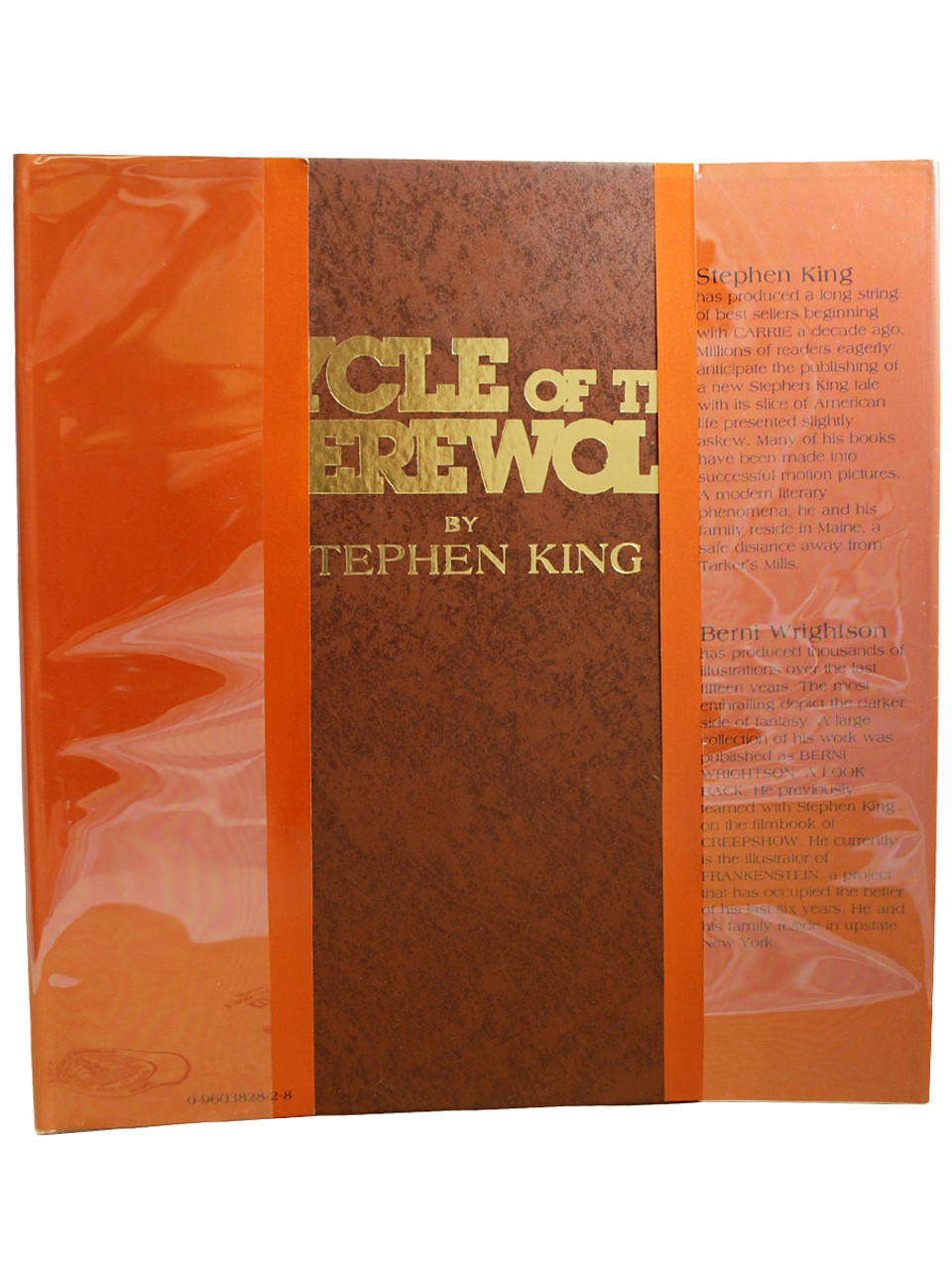 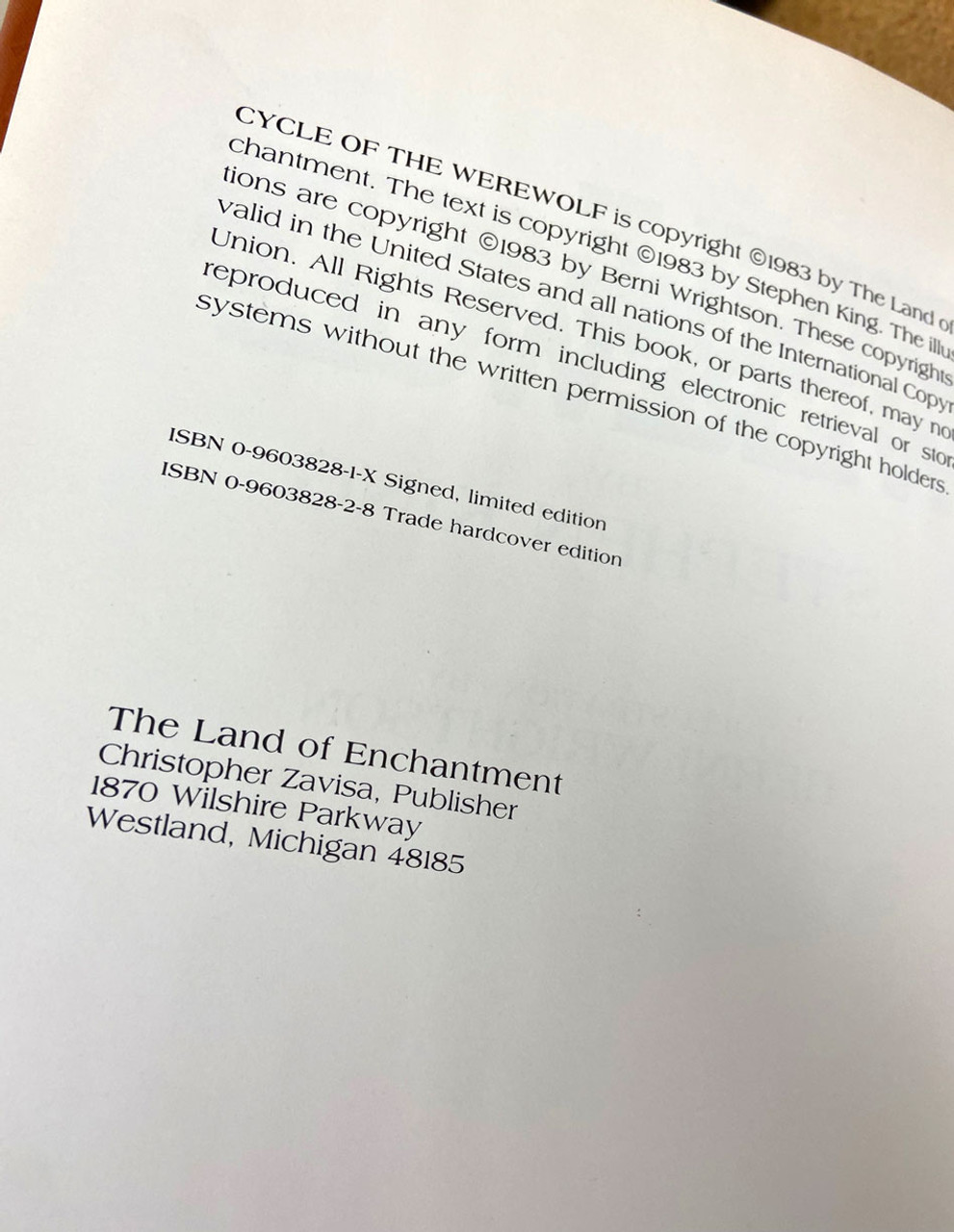 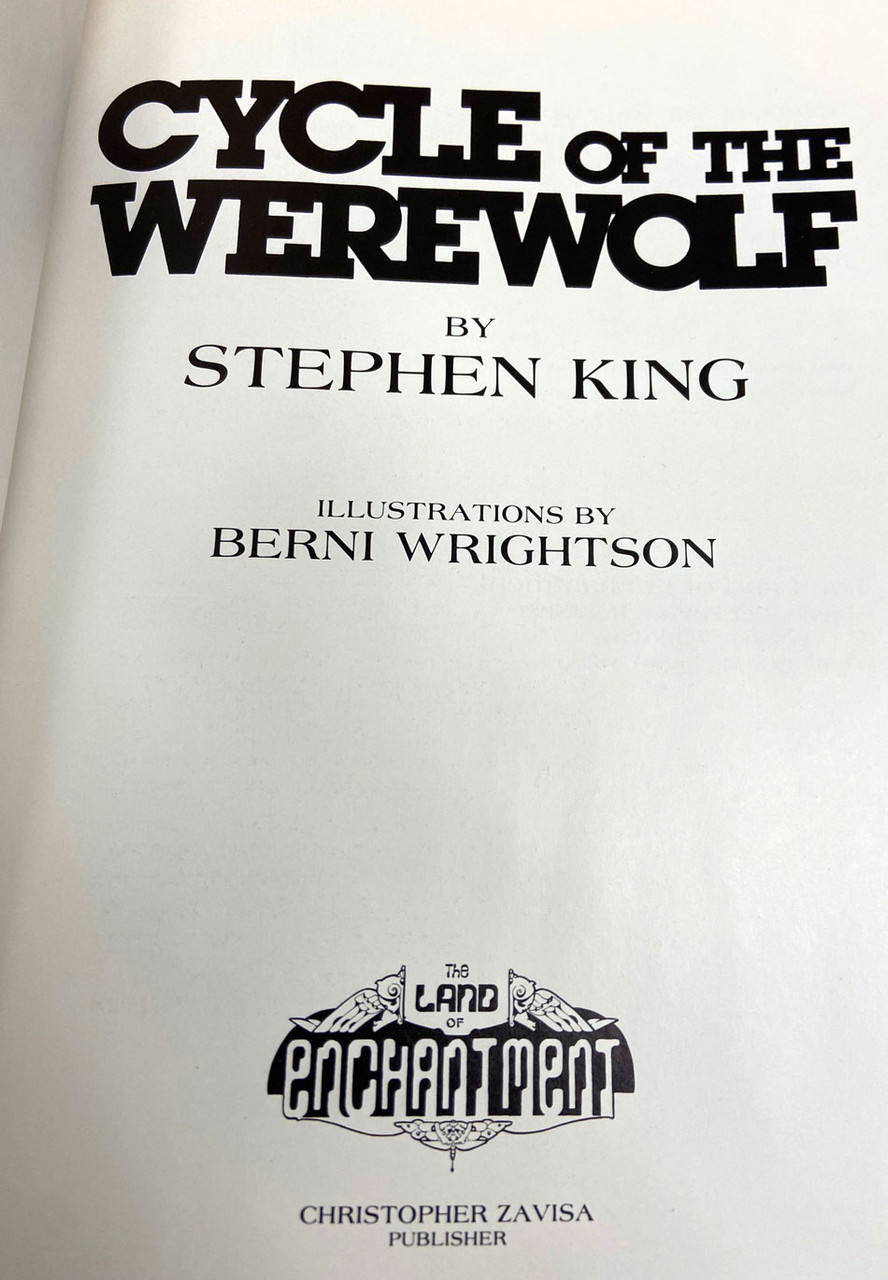 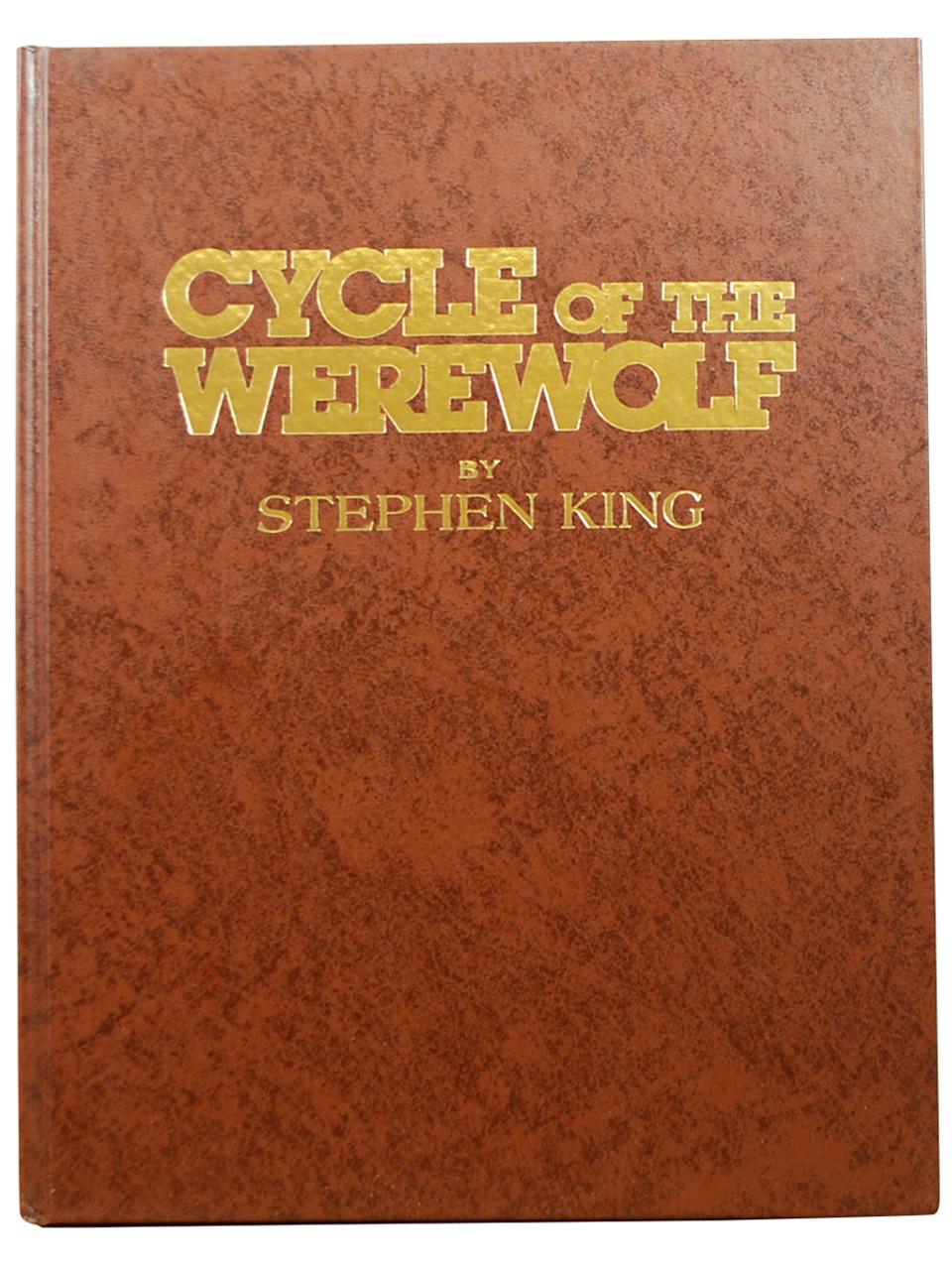 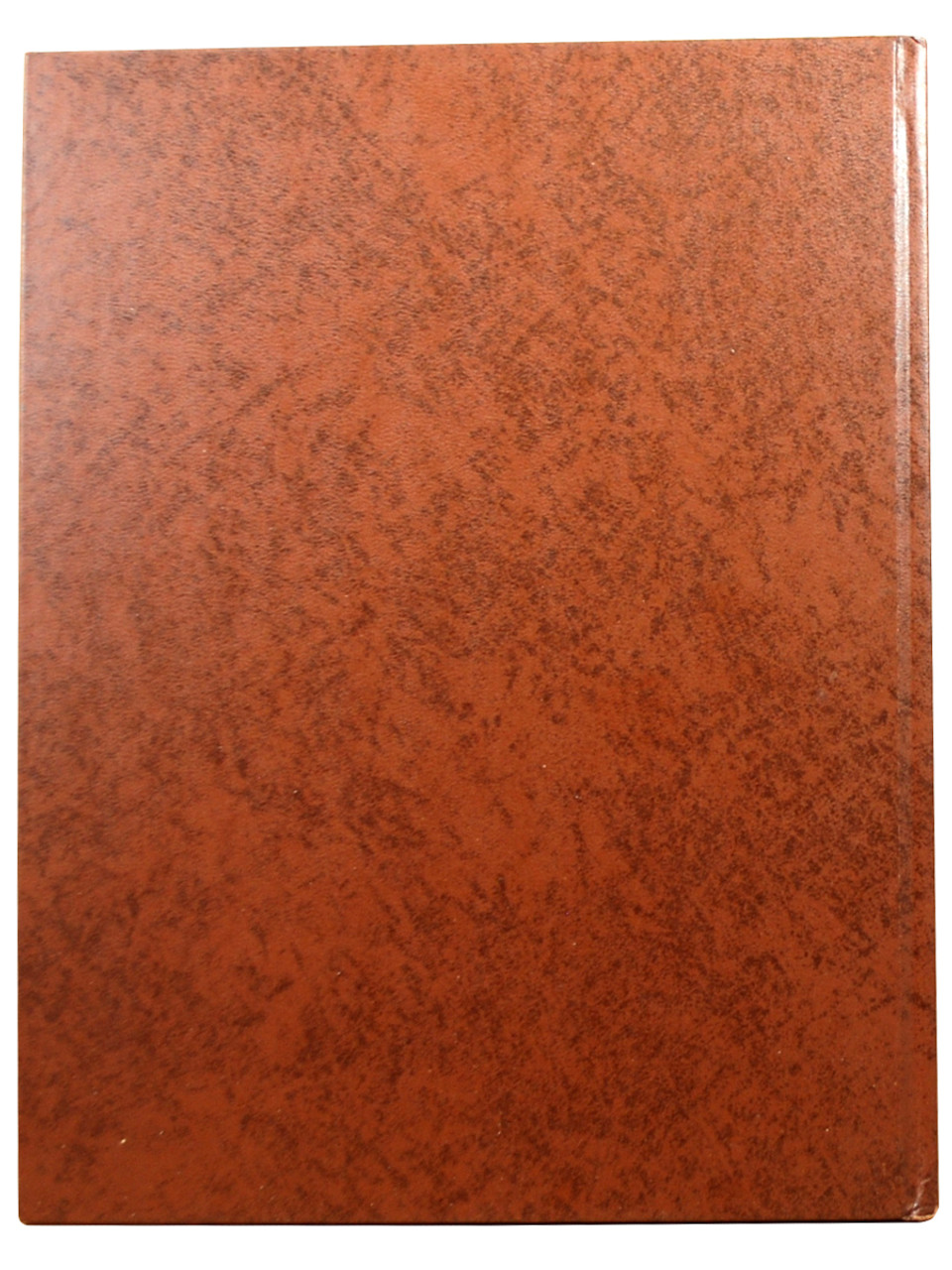 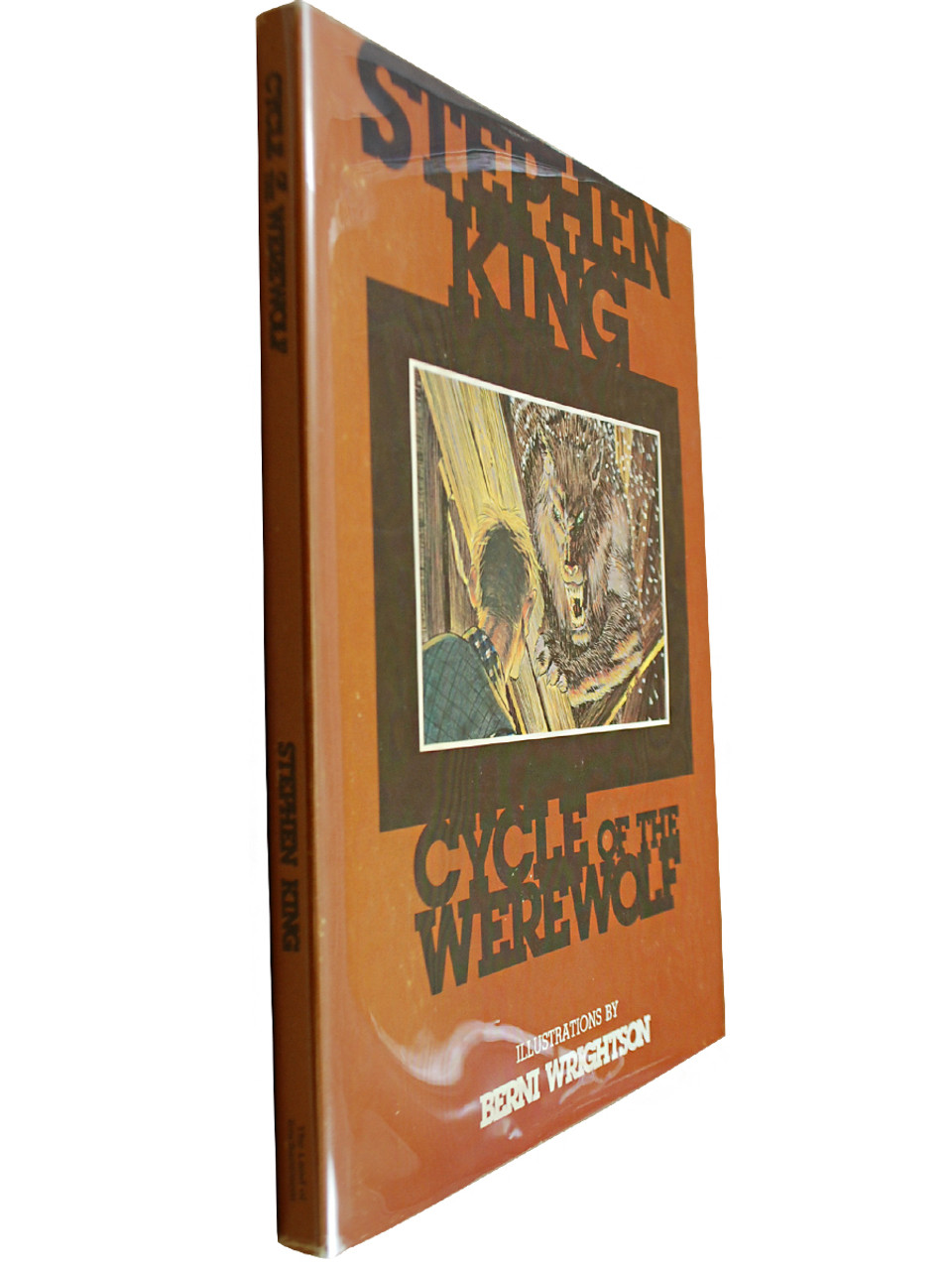 A Limited First Edition of only 7,500 in a Custom Matching Slipcase

Land of Enchantment, 1983. Stephen King "Cycle Of The Werewolf" First Edition. Trade hardback with dustjacket. A single story by King, issued in a limited edition with illustrations by Berni Wrightson, who had collaborated with King on Creepshow. There were various signed issues of the book; this is the trade hardback with dust-jacket, limited to only 7,500 copies. Brown leatherette boards, bold gilt cover and spine titles. Heavy stock. Coated pages. Illustrated endpapers. Dramatic full-page color and black & white illustrations by Berni Wrightson throughout. 114 pages. Near Fine + with some very light fading to dust-jacket. The dust-jacket is now protected in a brand new archival acid-free Brodart sleeve.

The custom slipcase is designed for this limited first edition.  The color of this slipcase matches the brown pattern of "Cycle" almost exactly. Stamped in gold foil on both the front and spine of the slipcase. The ideal looking slipcase for this book!

The Cycle of the Werewolf

It started in a small town in May and every month after that whenever the moon is full... it came back...

Excerpt states: "'Cycle of the Werewolf' by Stephen King. 'The drifter sat in a frozen pool of his own blood, staring at the downed lines, his hand still held up a warding-off gesture with ice between the fingers. And all around him are pawprints. wolfprints.' Stephen King"

Terror began in January - by the light of the full moon... When the full moon shines, a paralysing fear descends on the isolated Maine town of Tarker Mills. No one knows who will be attacked next, but snarls that sound like human words can be heard and all around are the footprints of a monster whose hunger cannot be sated.

Near Fine+ with a touch of rubbing to the top and bottom corners of the spine.. The dust-jacket has a couple of very light chips to extremities. The book appears unread with a square and tight spine. Includes a brand new archival acid-free Brodart sleeve. All photos of actual item.

Personally signed by Stephen King and Bernie Wrightson. Number 325 of only 350. A rare find, limited to only 350 signed deluxe copies. For the serious collector of fine King books. Presenting an item...

Danse Macabre was the 1982 Hugo Award winner for Best Related Non-Fiction Book. A Rare Book For The Avid Stephen King Collector This edition has also been inscribed by Stephen King directly