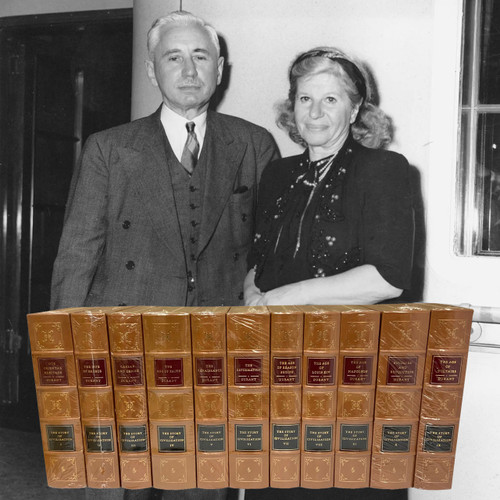 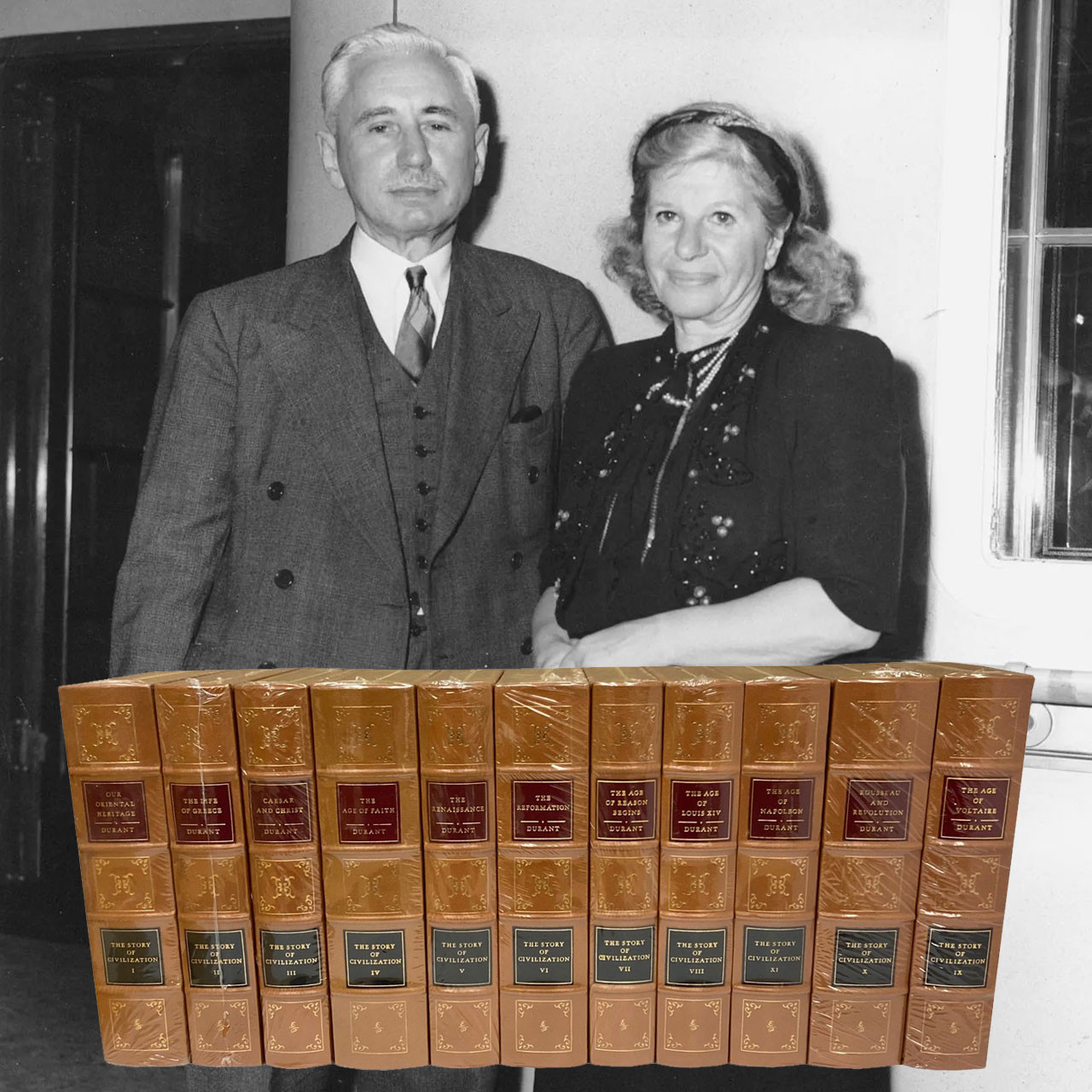 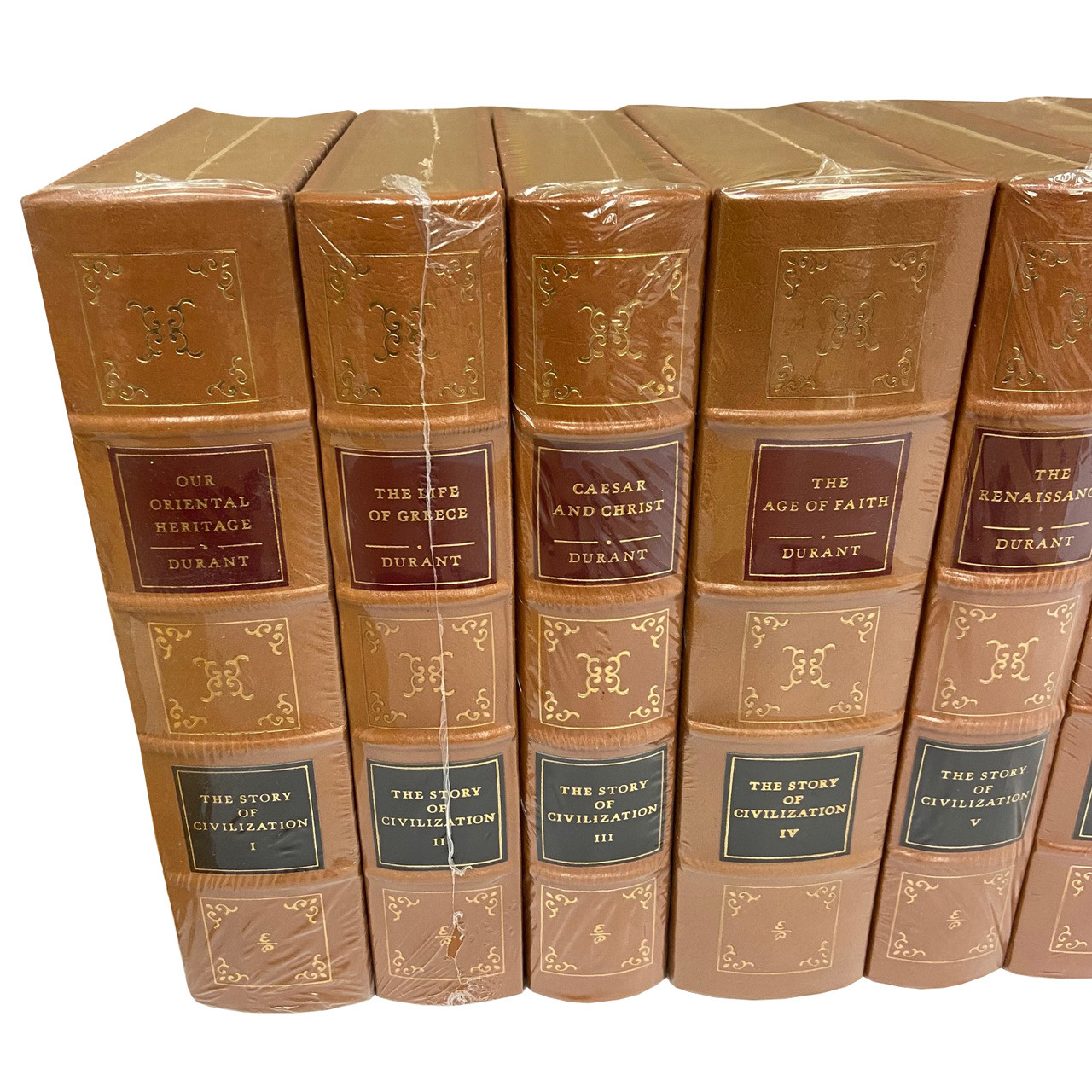 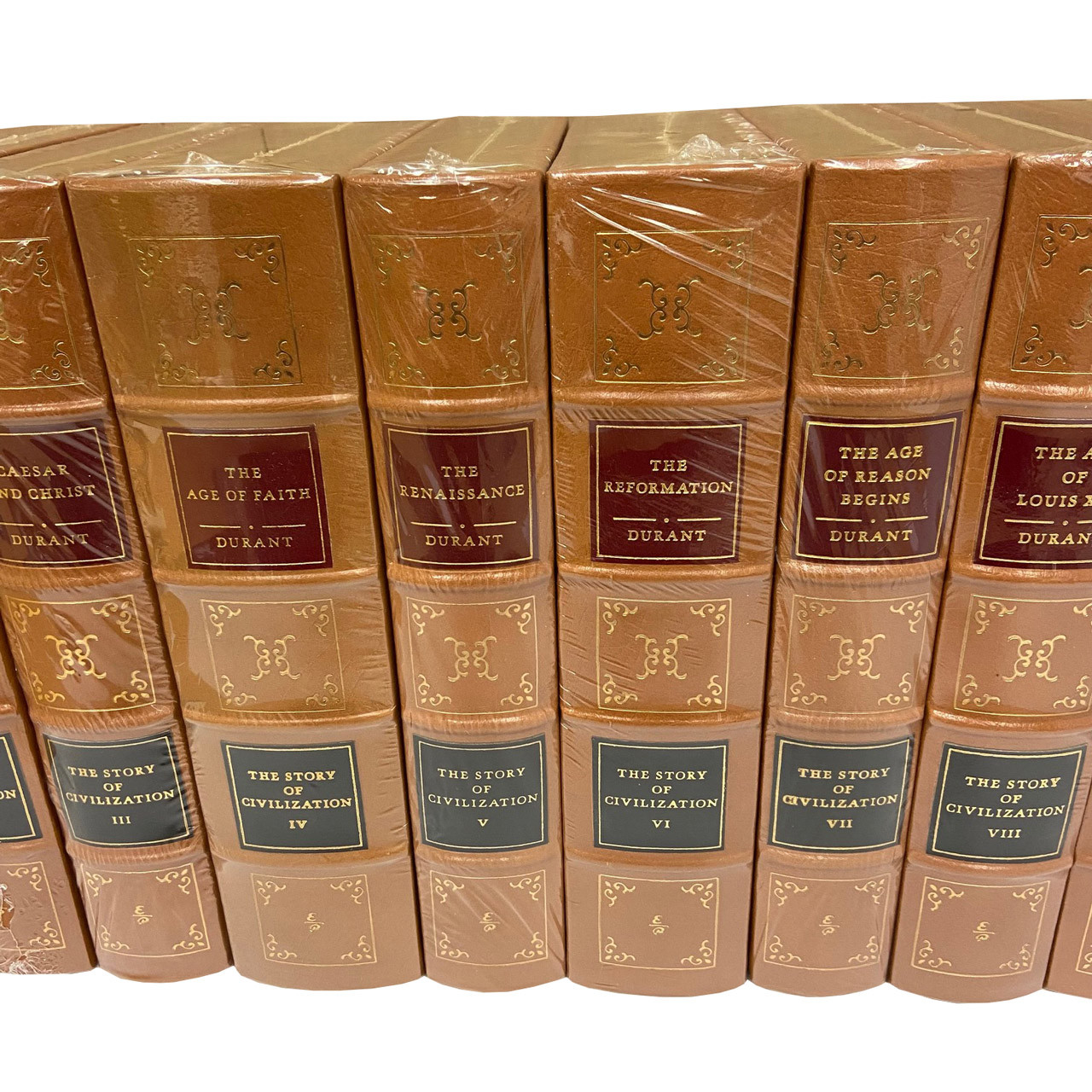 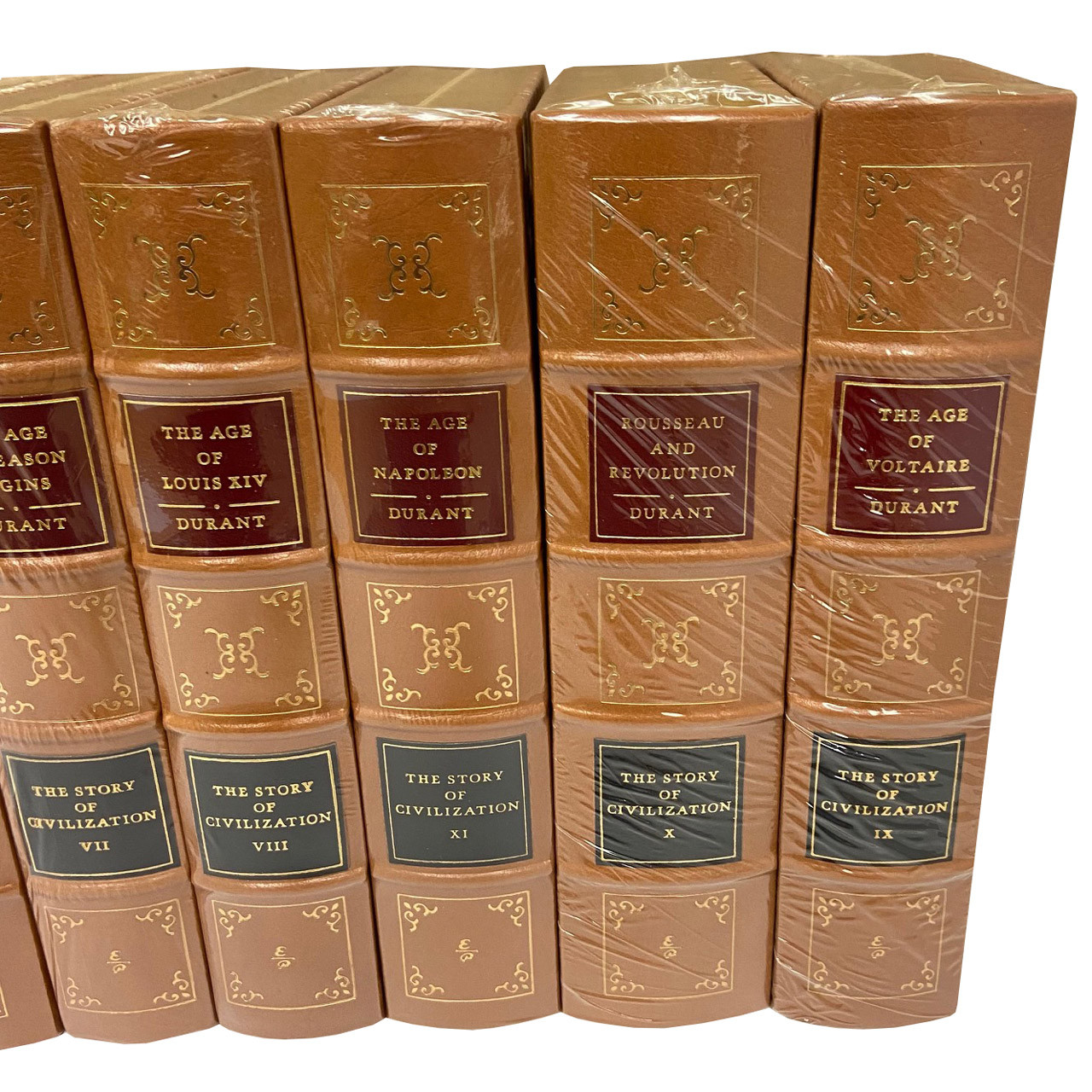 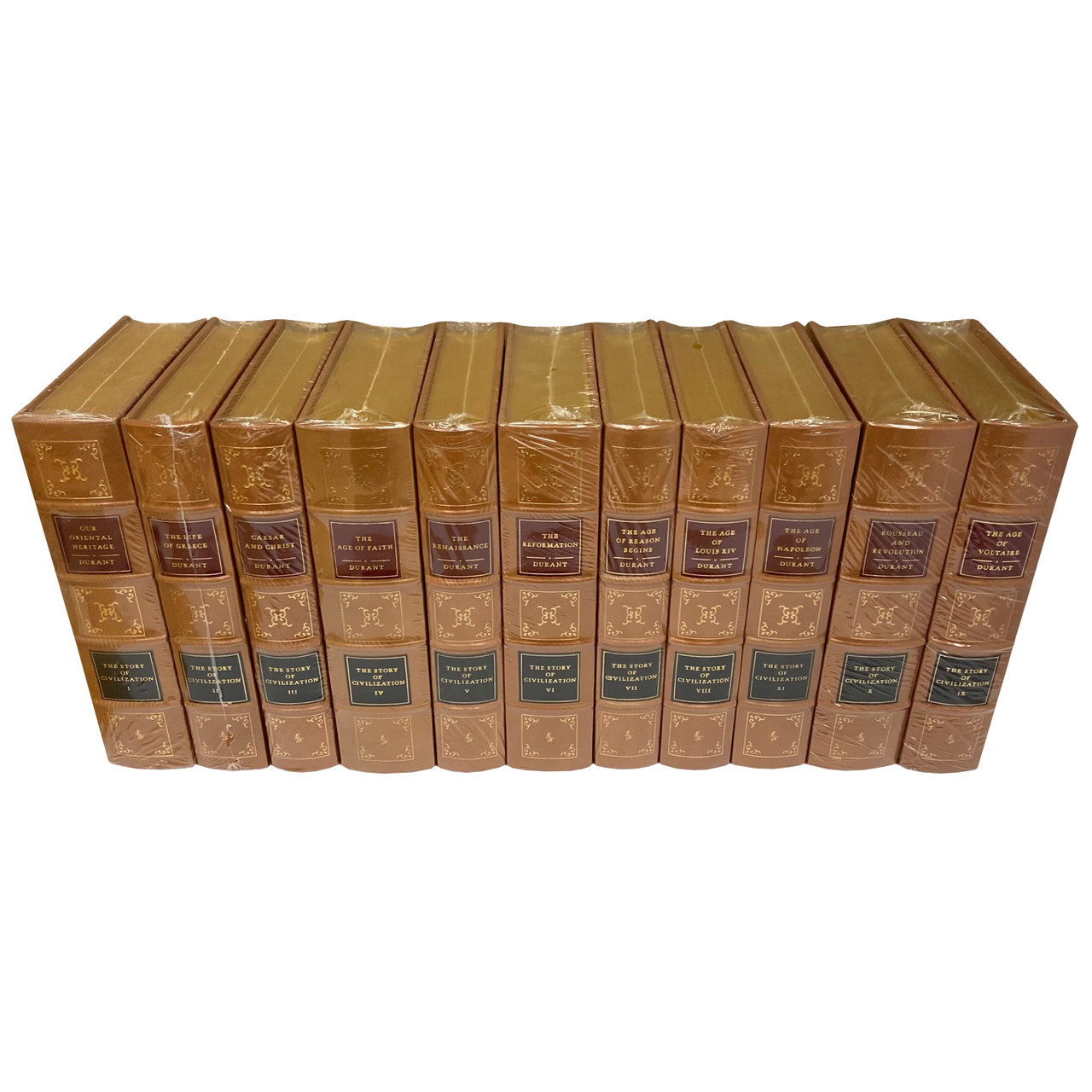 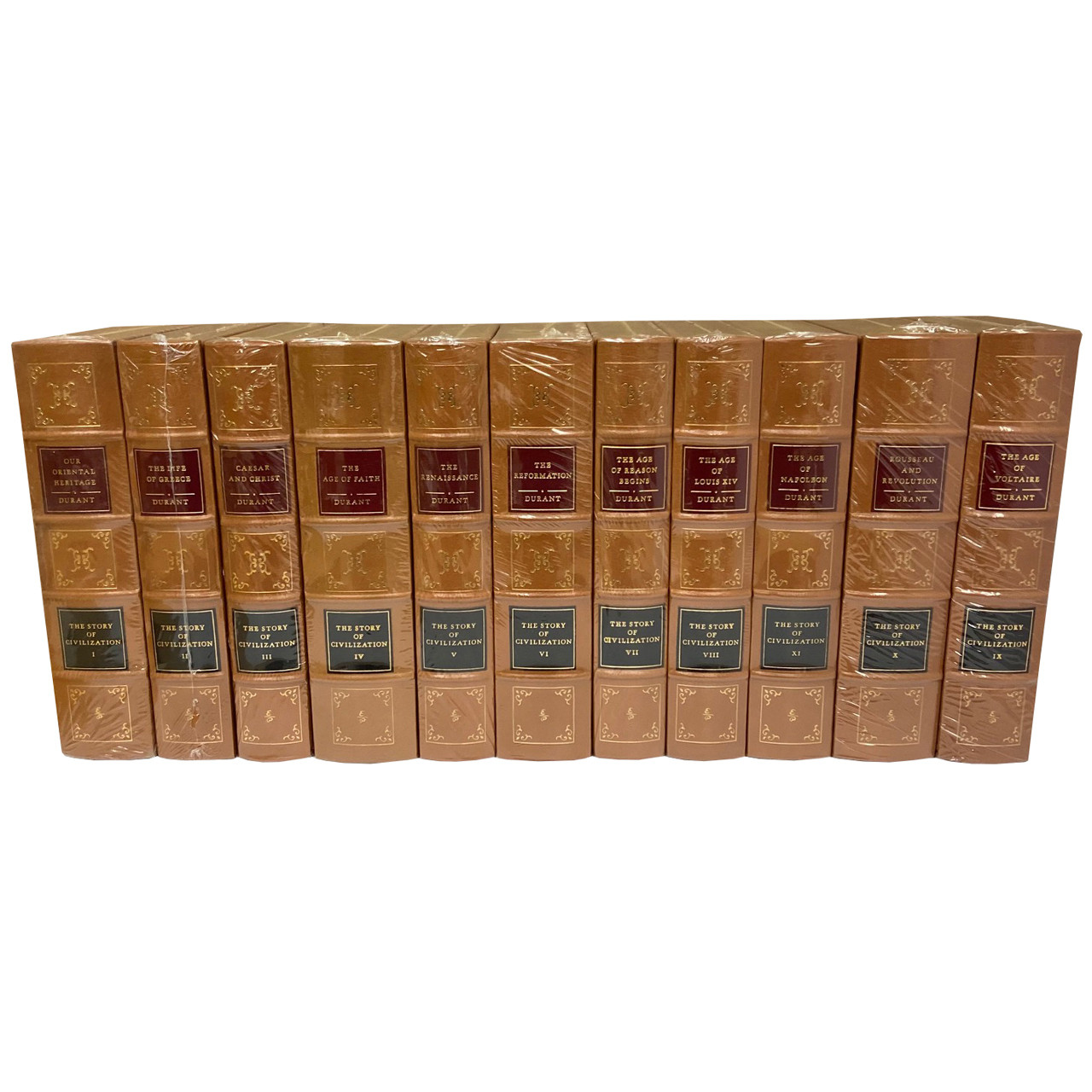 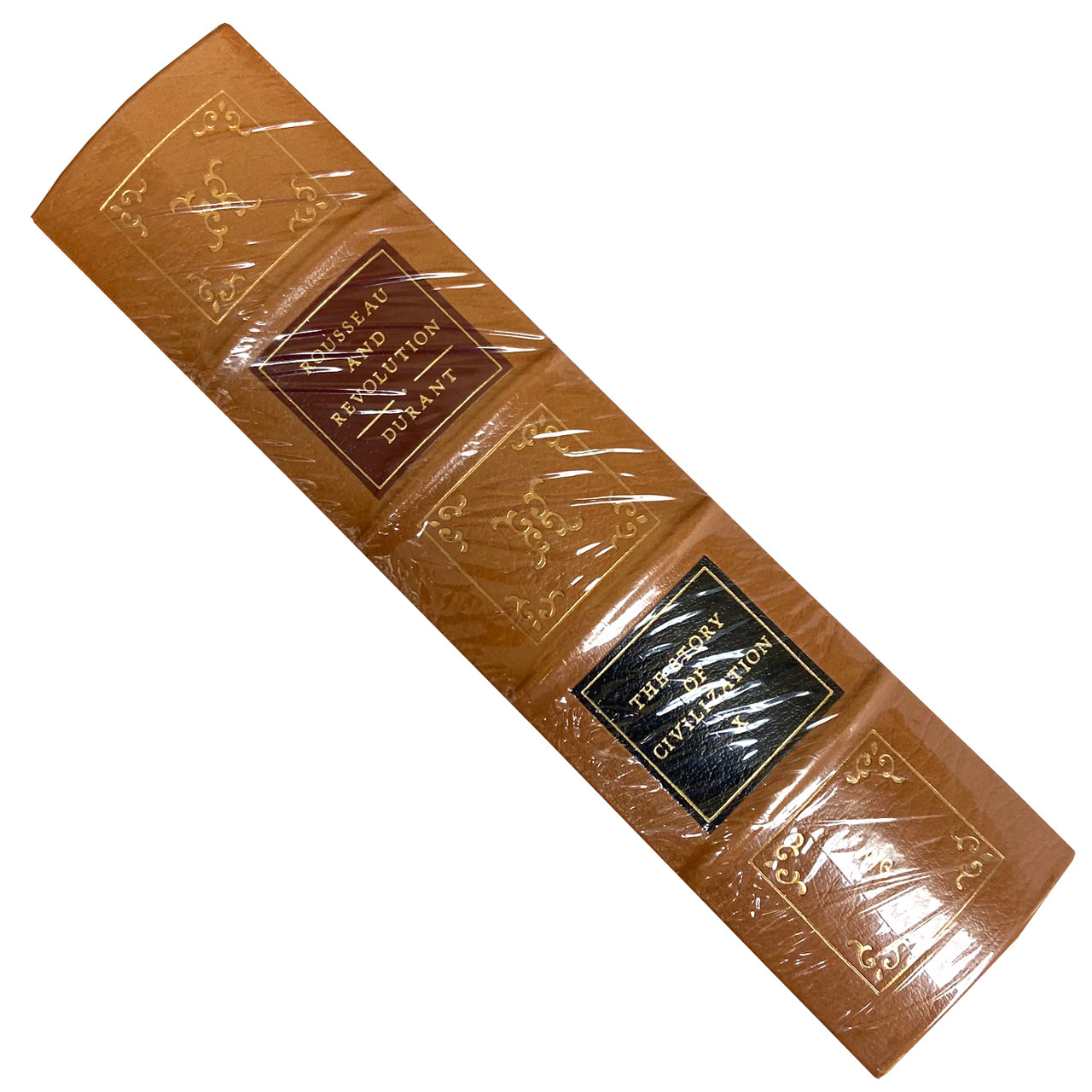 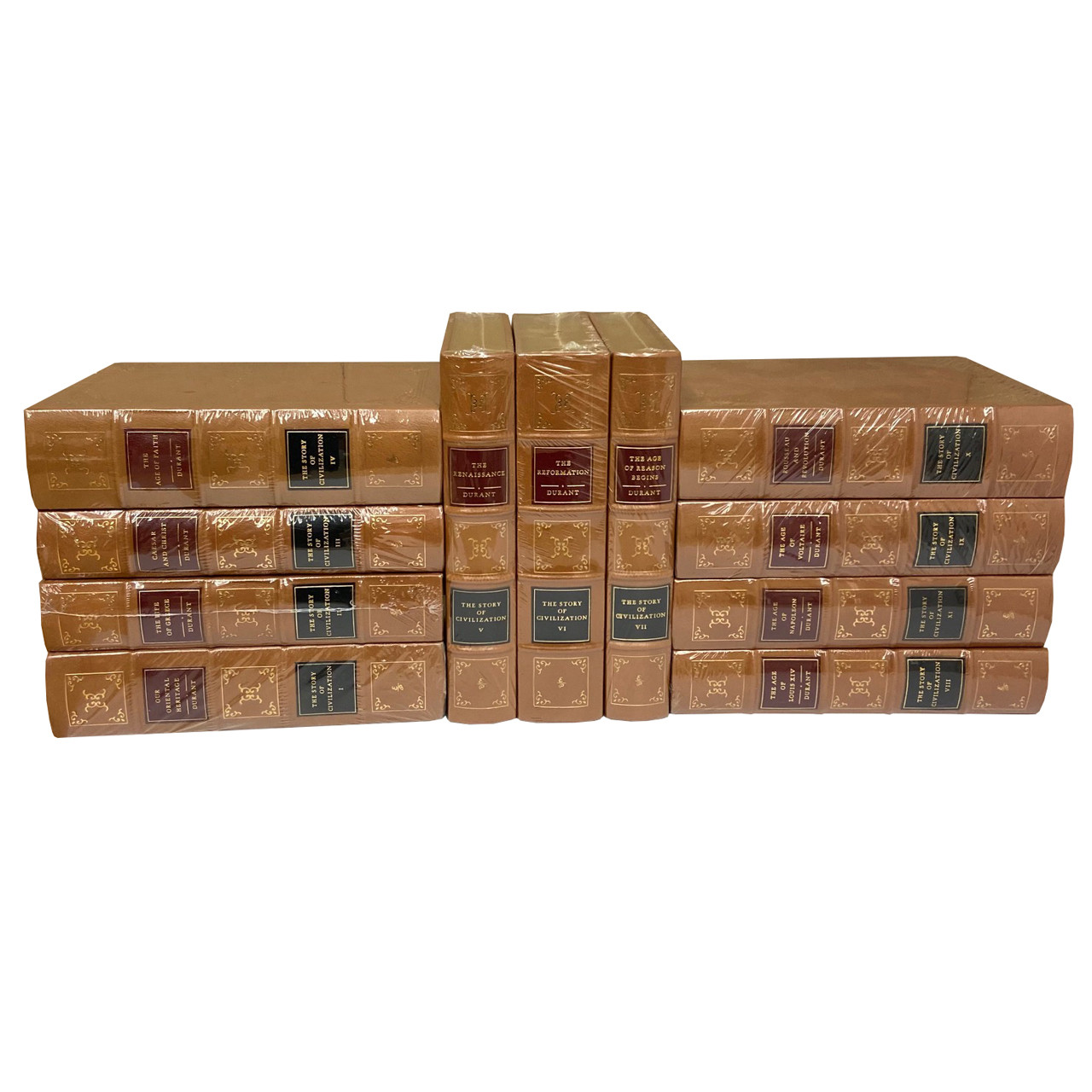 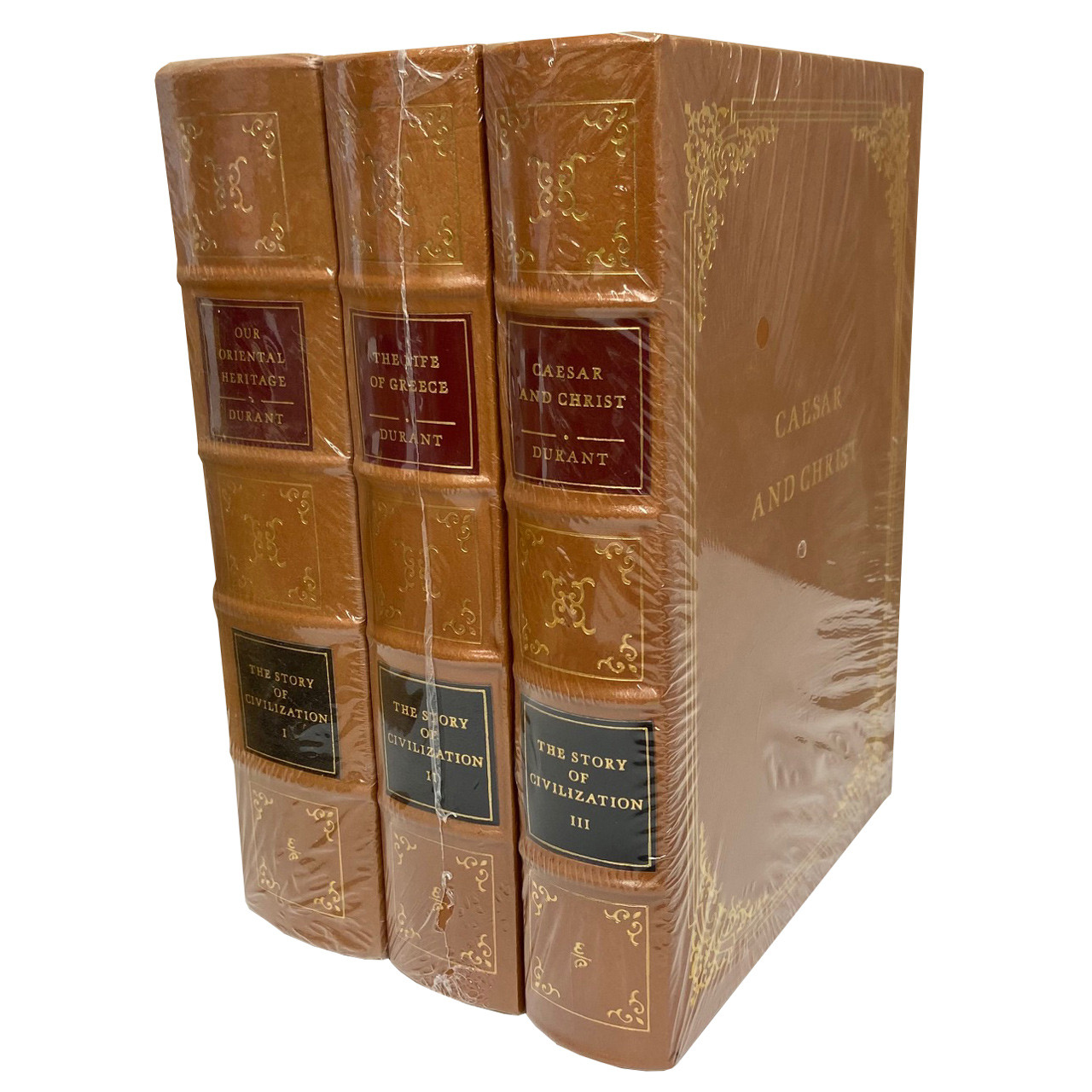 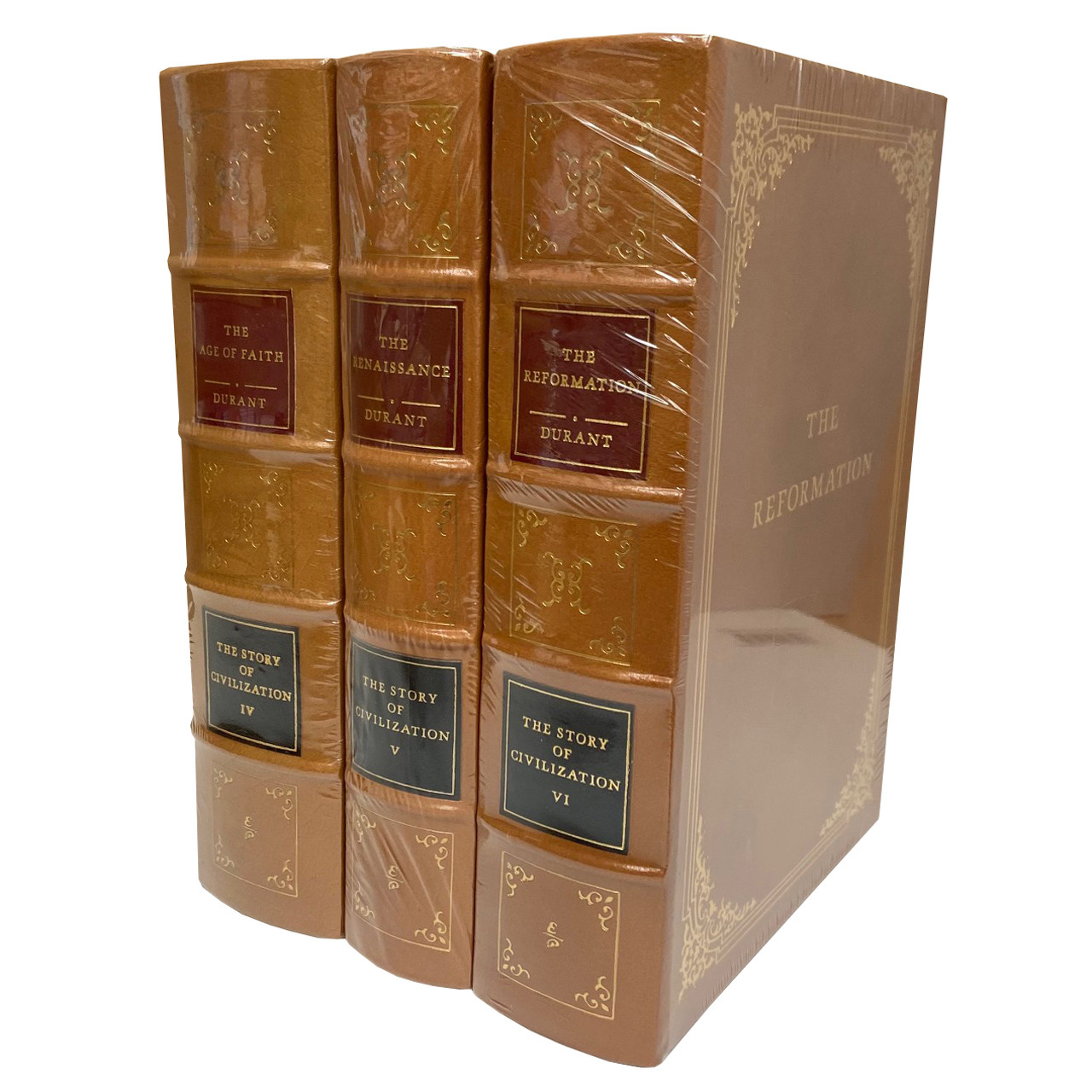 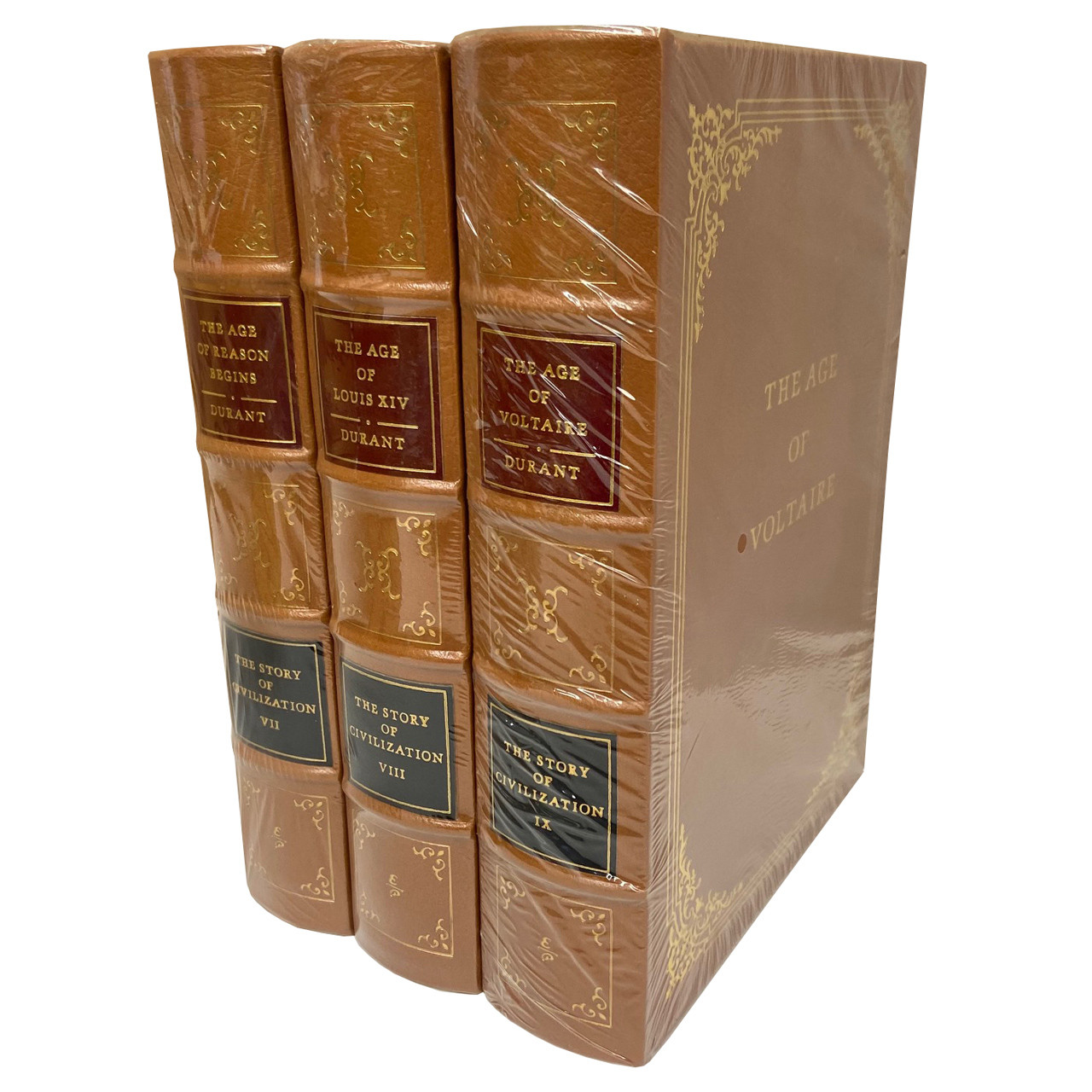 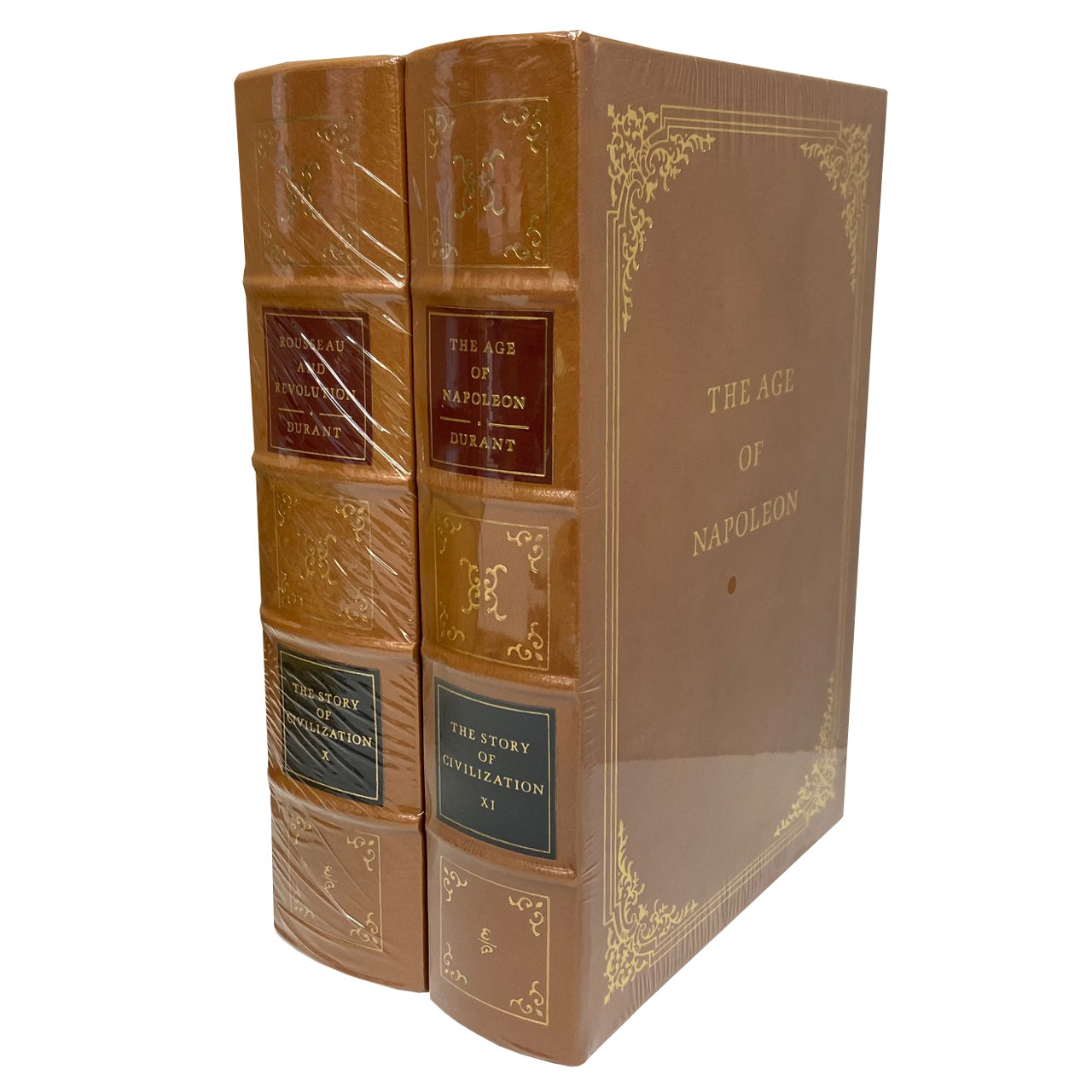 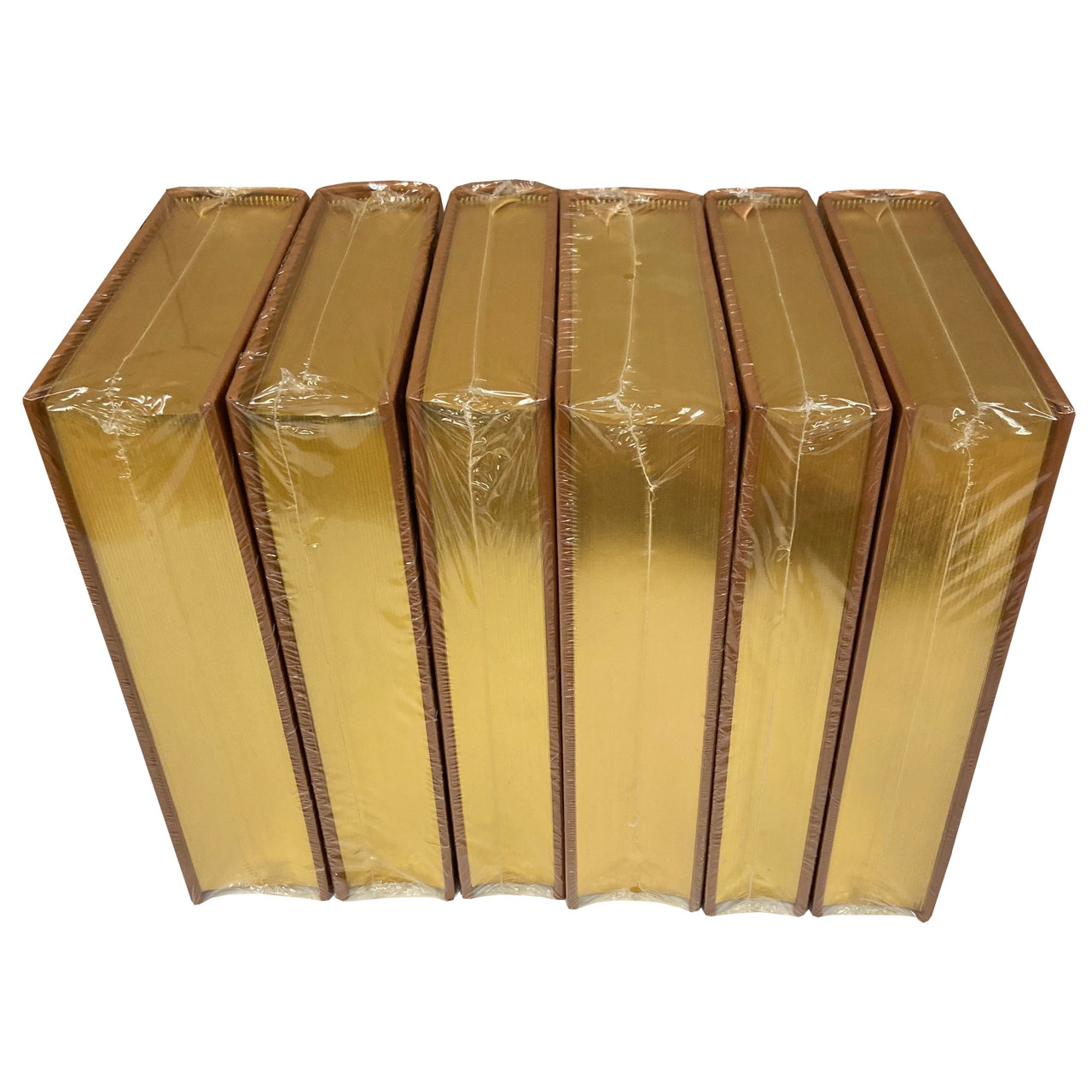 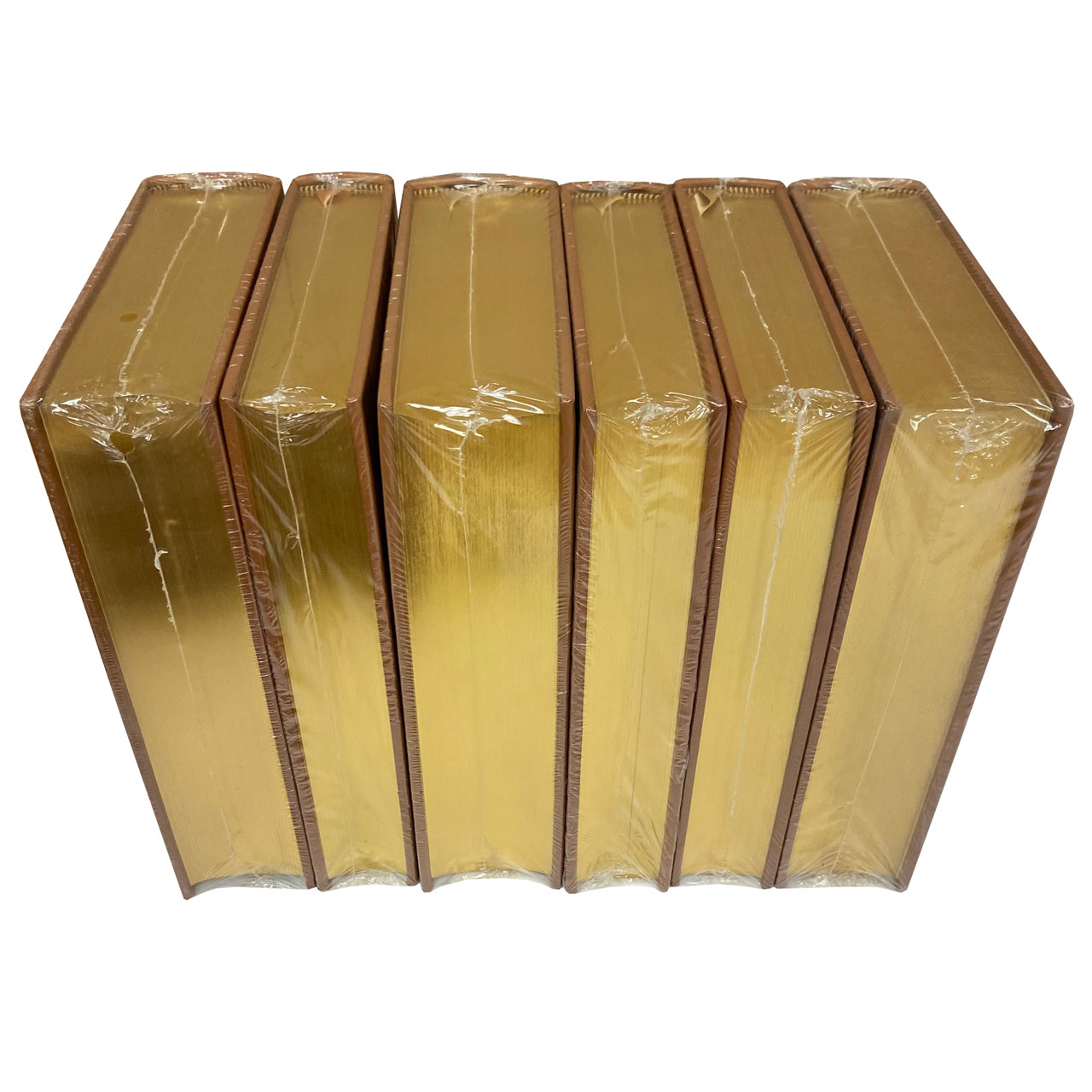 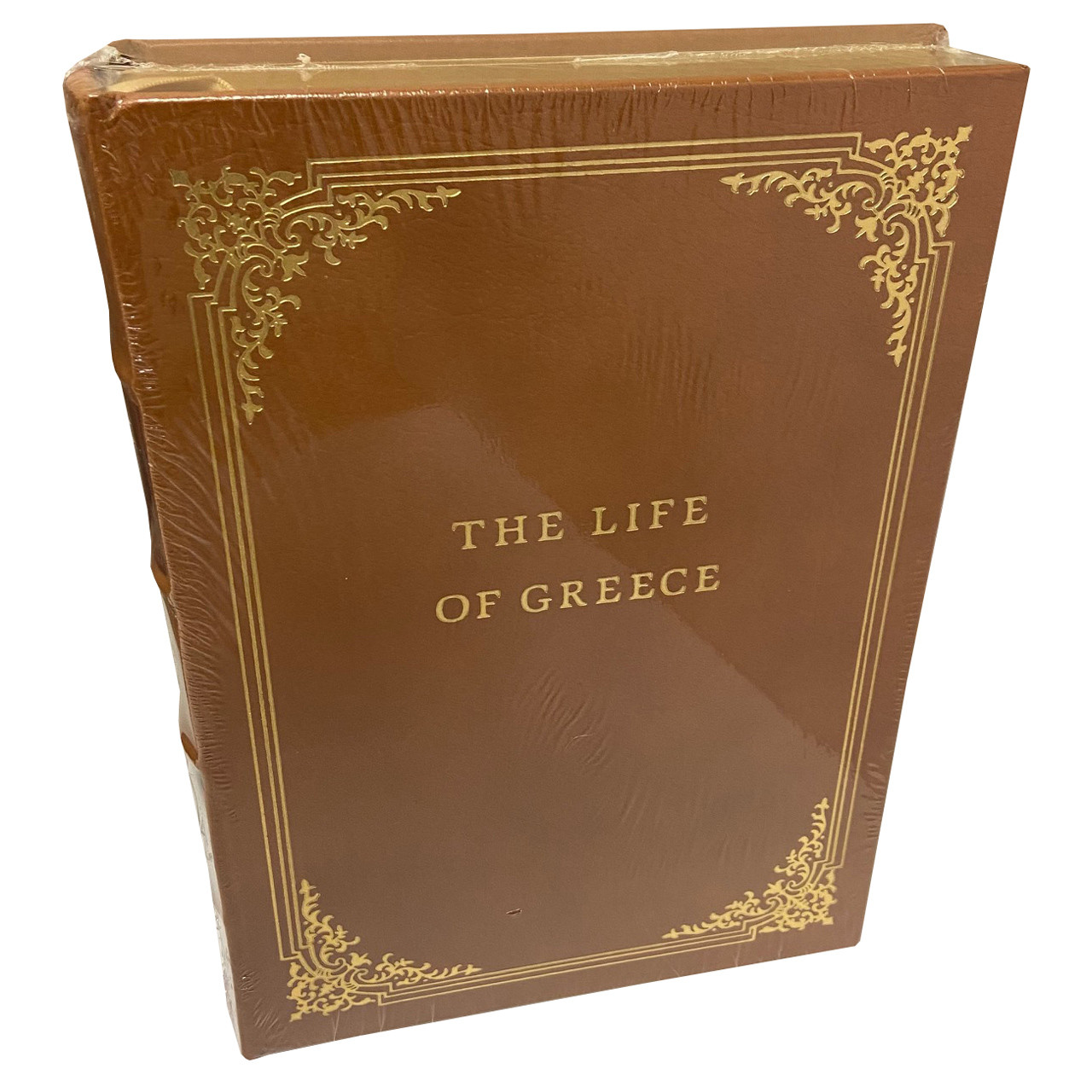 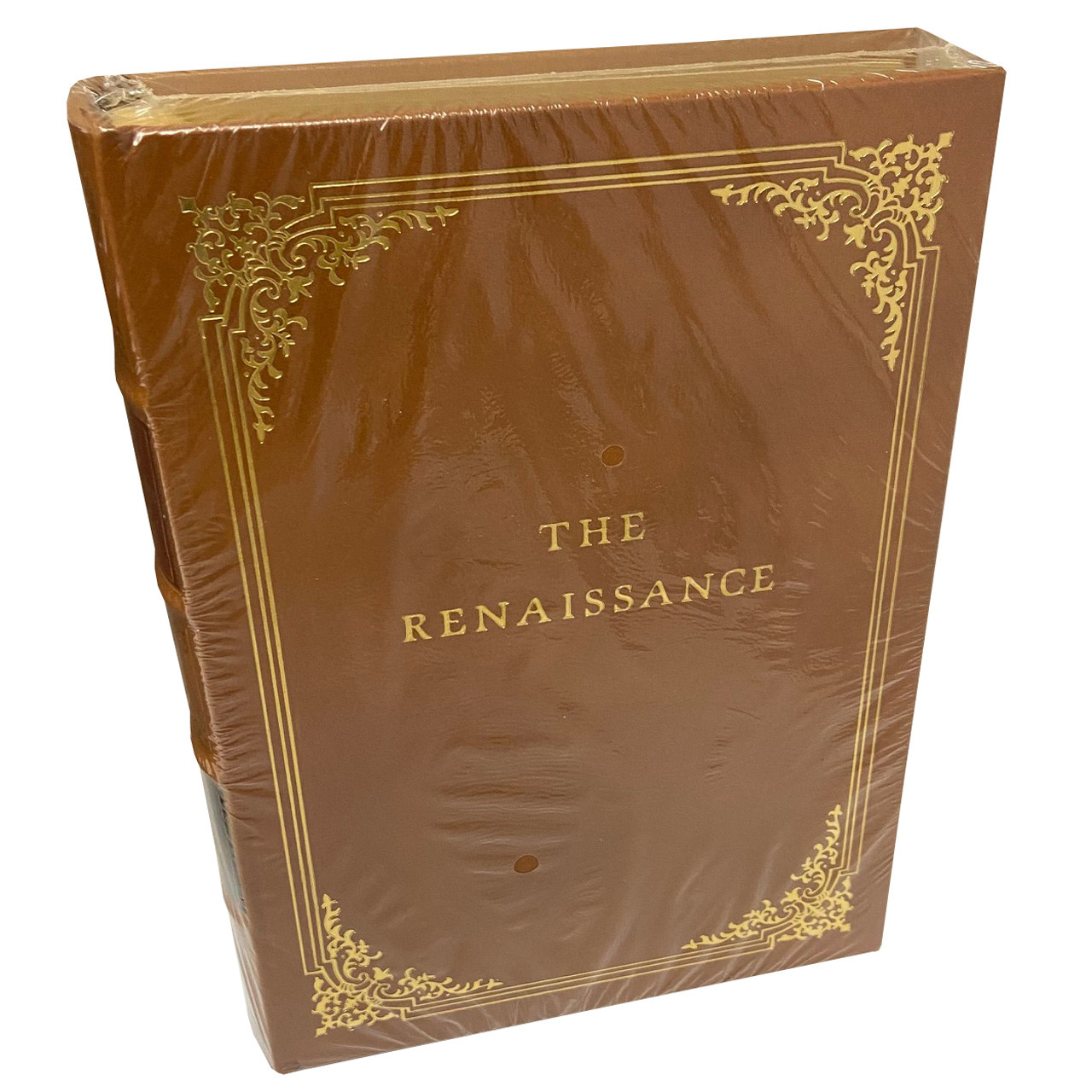 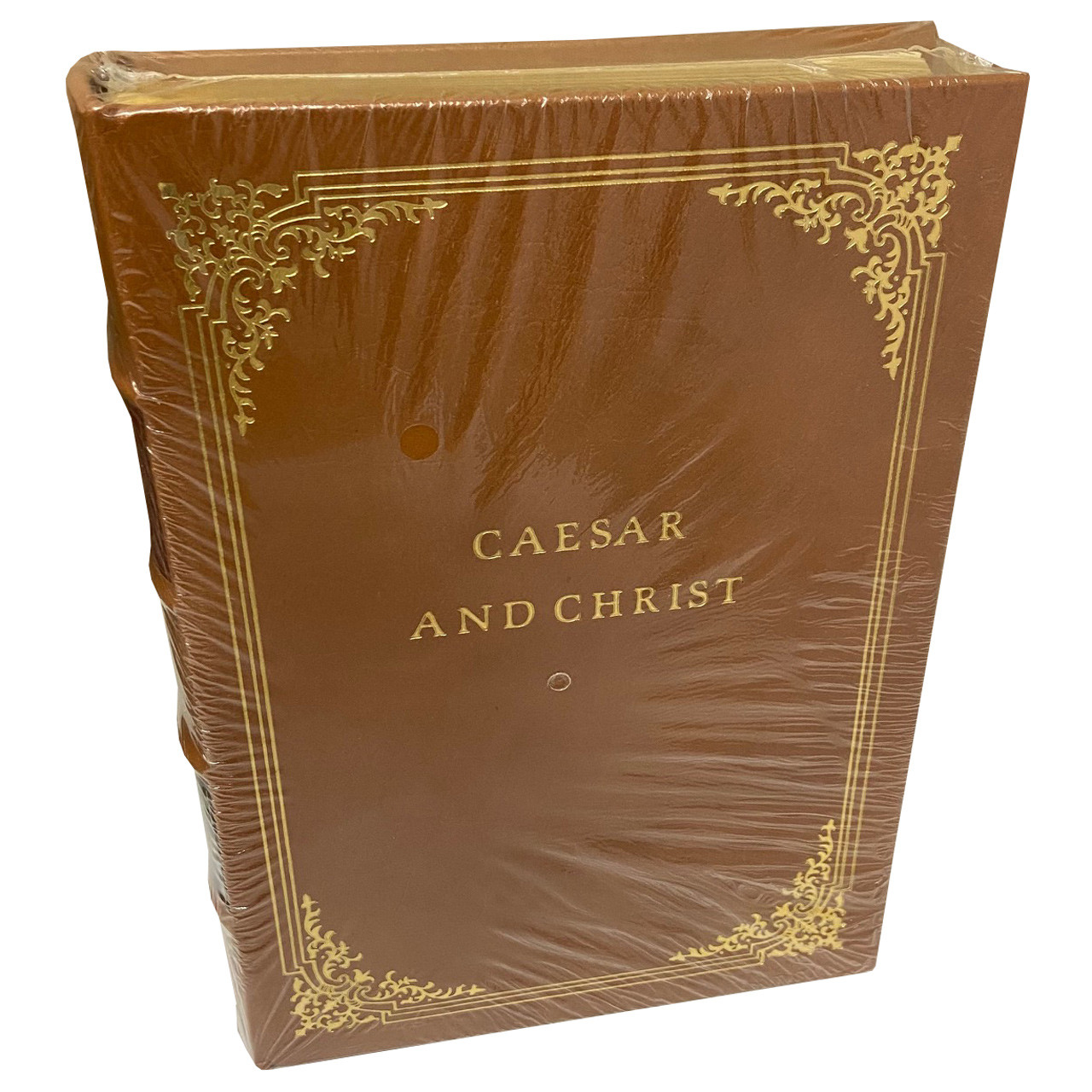 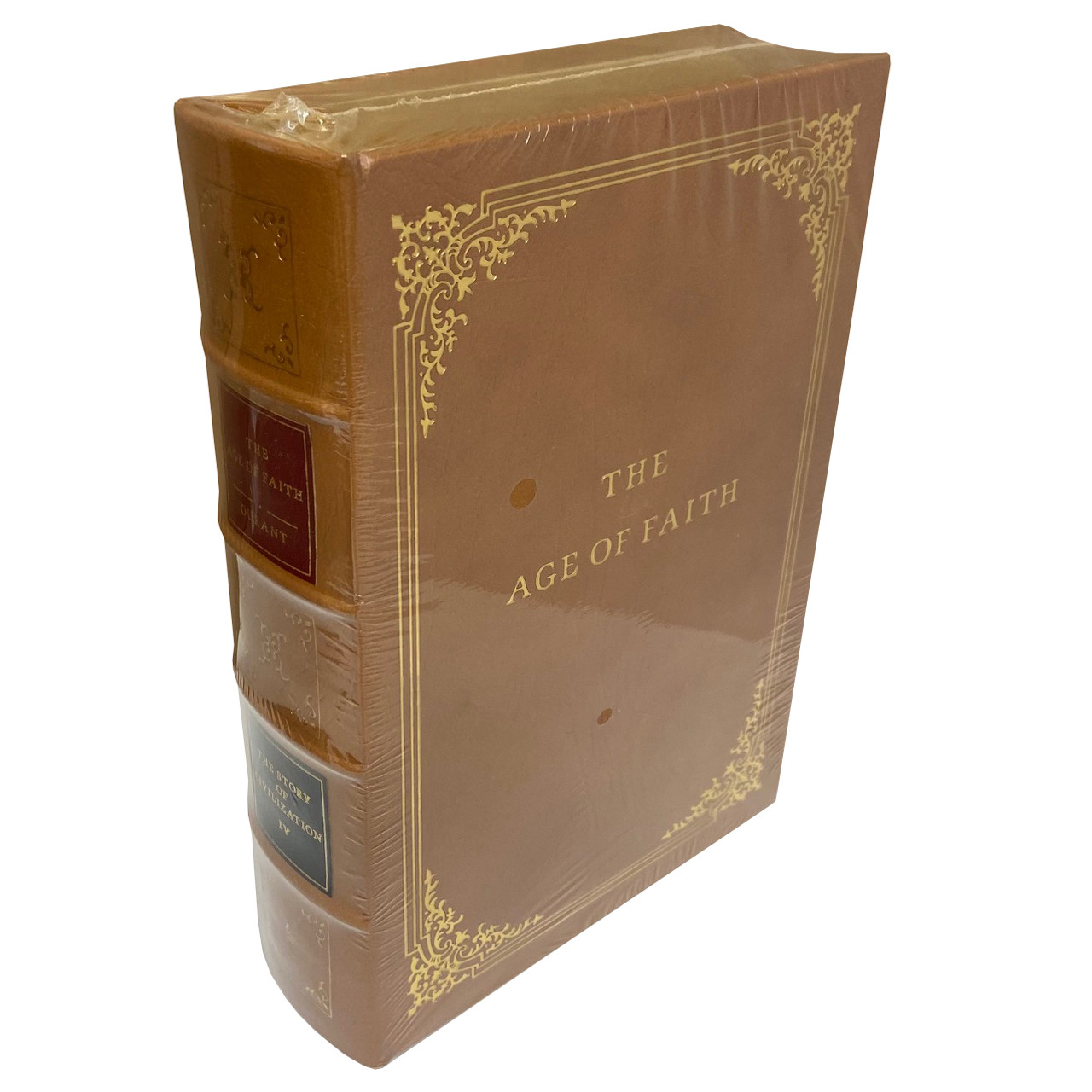 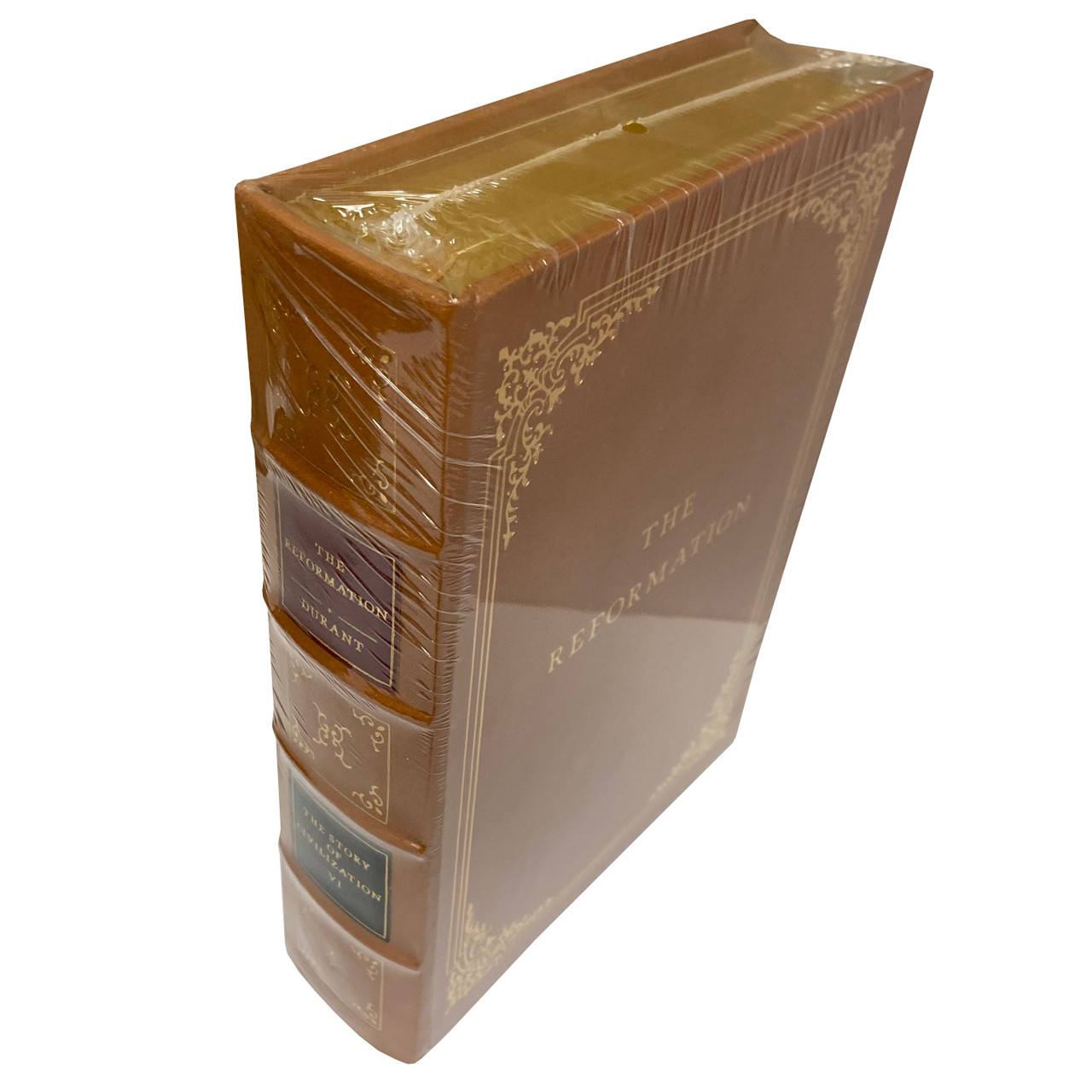 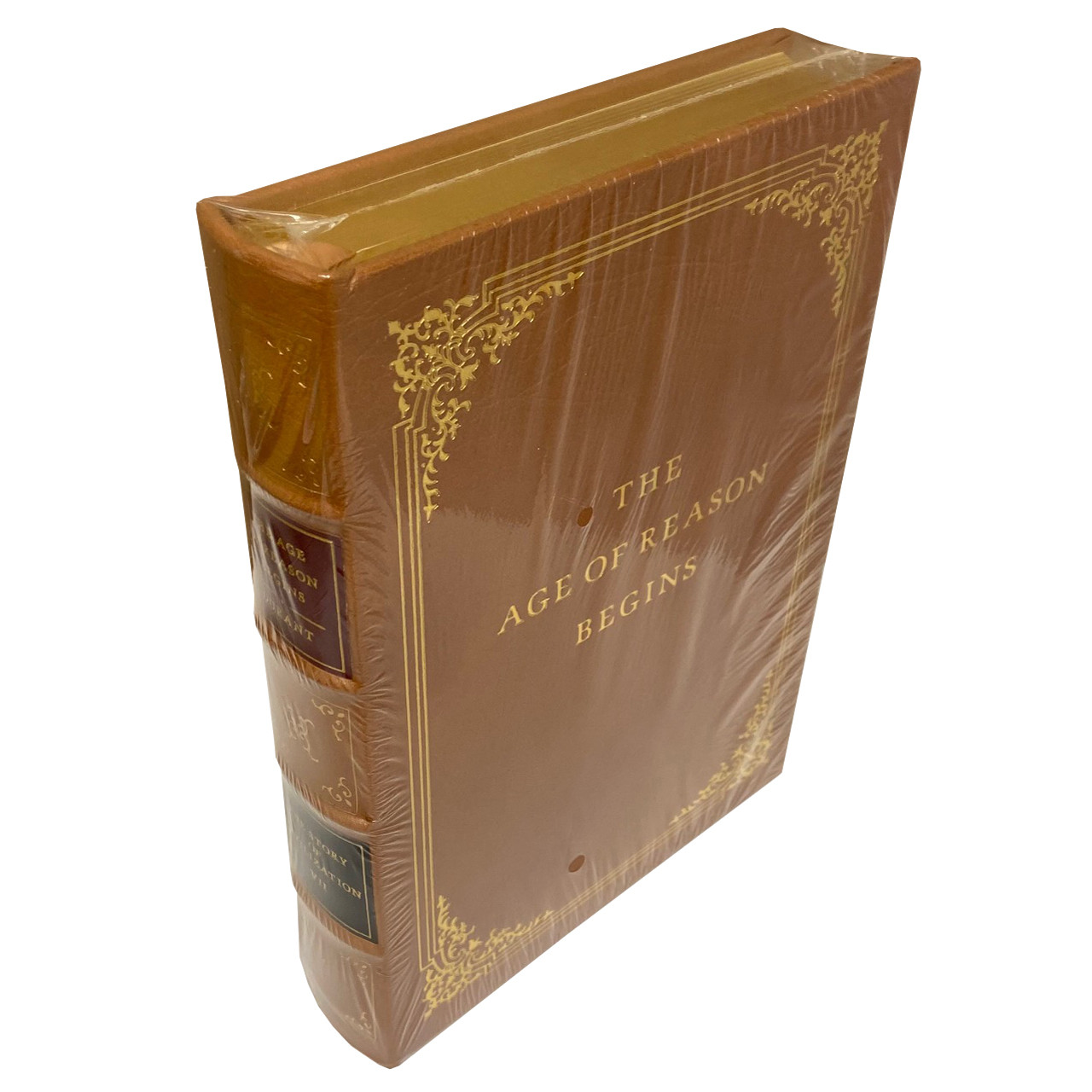 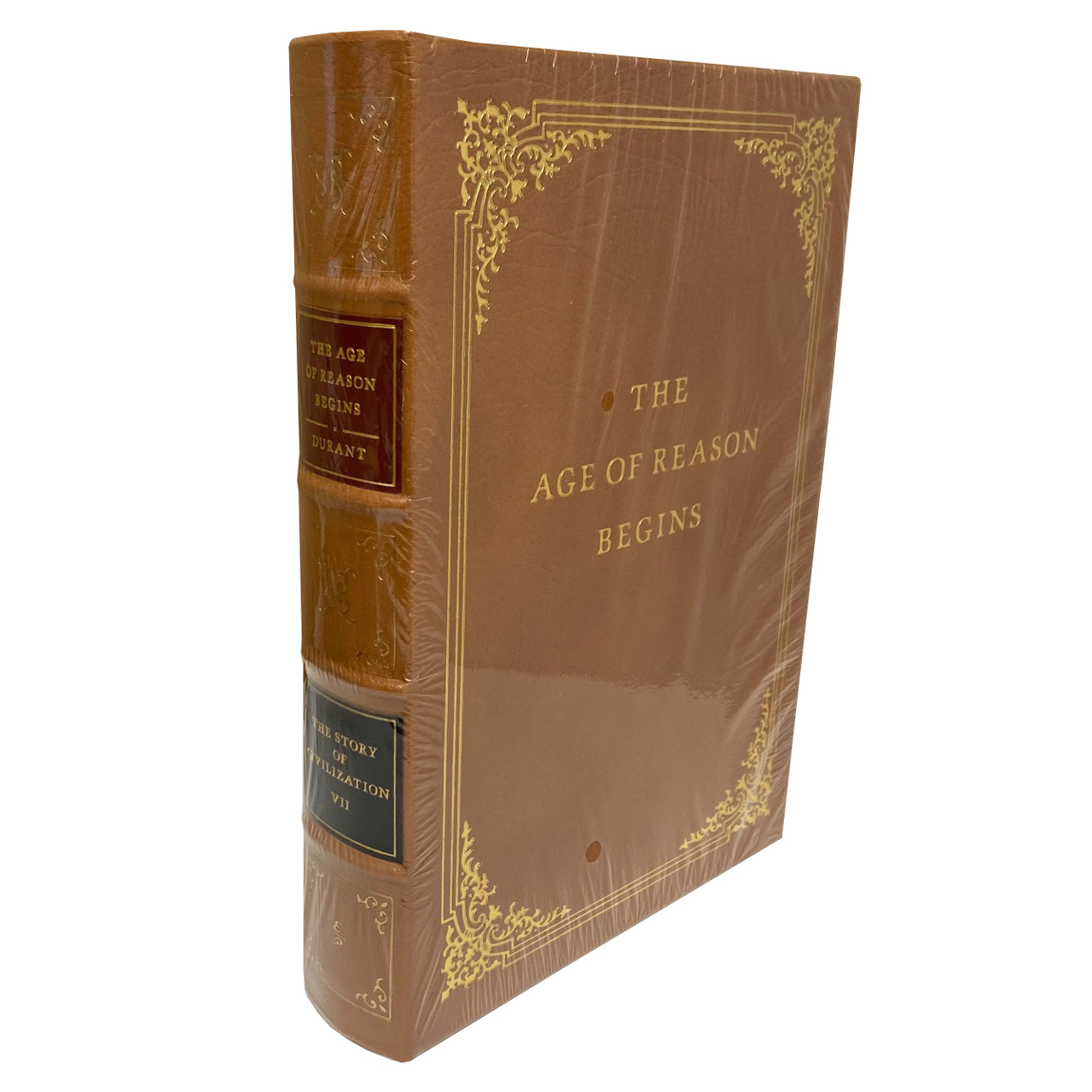 The Story of Civilization Presented in 11 Luxurious Leather Bound Volumes.

Over 50 years in the writing…

Easton Press, Norwalk, CT. 1992. Will and Ariel Durant "The Story of Civilization". Eleven volume complete matching set. A beautiful leather bound collection of monumental work, said to be one of the deepest and most scholarly work on the history of human civilization. This is truly a wonderful collection to showcase in your historical library. A complete and matching collection. A very fine, sealed set without any flaws.

This set features 5,000 years of world history with over 10,000 pages of historical content. The set also includes hundreds of maps, documents, and other works of art.

The Durants were awarded the Pulitzer Prize for General Nonfiction in 1968 and the Presidential Medal of Freedom in 1977.

FREE SHIPPING WITHIN THE US.

A complete set of 11 volumes:

Photos of actual collection. This set is now OUT OF PRINT from the publisher.

The Story of Civilization

The Story of Civilization (1935–1975), by husband and wife Will and Ariel Durant, is an 11-volume set of books covering both Eastern and Western civilizations for the general reader, with a particular emphasis on European (Western) history.

The series was written over a span of four decades.

The first six volumes of The Story of Civilization are credited to Will Durant alone, with Ariel recognized only in the acknowledgements. Beginning with The Age of Reason Begins, Ariel is credited as a co-author. In the preface to the first volume, Durant states his intention to make the series in 5 volumes, although this would not turn out to be the case.

The series won a Pulitzer Prize for General Nonfiction in 1968 with the 10th volume in the series, Rousseau and Revolution.

The volumes sold well for many years, and sets of them were frequently offered by book clubs. An unabridged audiobook production of all eleven volumes was produced by the Books on Tape company and was read by Alexander Adams (also known as Grover Gardner).

William James Durant (November 5, 1885 – November 7, 1981) was an American writer, historian, and philosopher. He became best known for his work The Story of Civilization, 11 volumes written in collaboration with his wife, Ariel Durant, and published between 1935 and 1975. He was earlier noted for The Story of Philosophy (1926), described as "a groundbreaking work that helped to popularize philosophy".

The Durants were awarded the Pulitzer Prize for General Nonfiction in 1968 and the Presidential Medal of Freedom in 1977.

Ariel Durant (May 10, 1898 – October 25, 1981) was a Russian-born American researcher and writer. She was the co-author of The Story of Civilization with her husband, Will Durant. They were awarded the Pulitzer Prize for General Non-Fiction.

Very Fine without flaws for all volumes. Sealed. Free of markings, writings or stamps. No bookplates attached or signs of any removed. Includes extra unattached bookplates for your own personalization. Please note that the books are not sealed as shown.