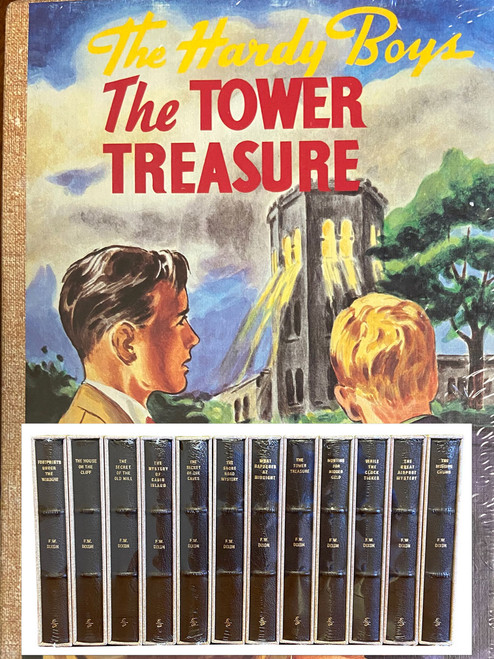 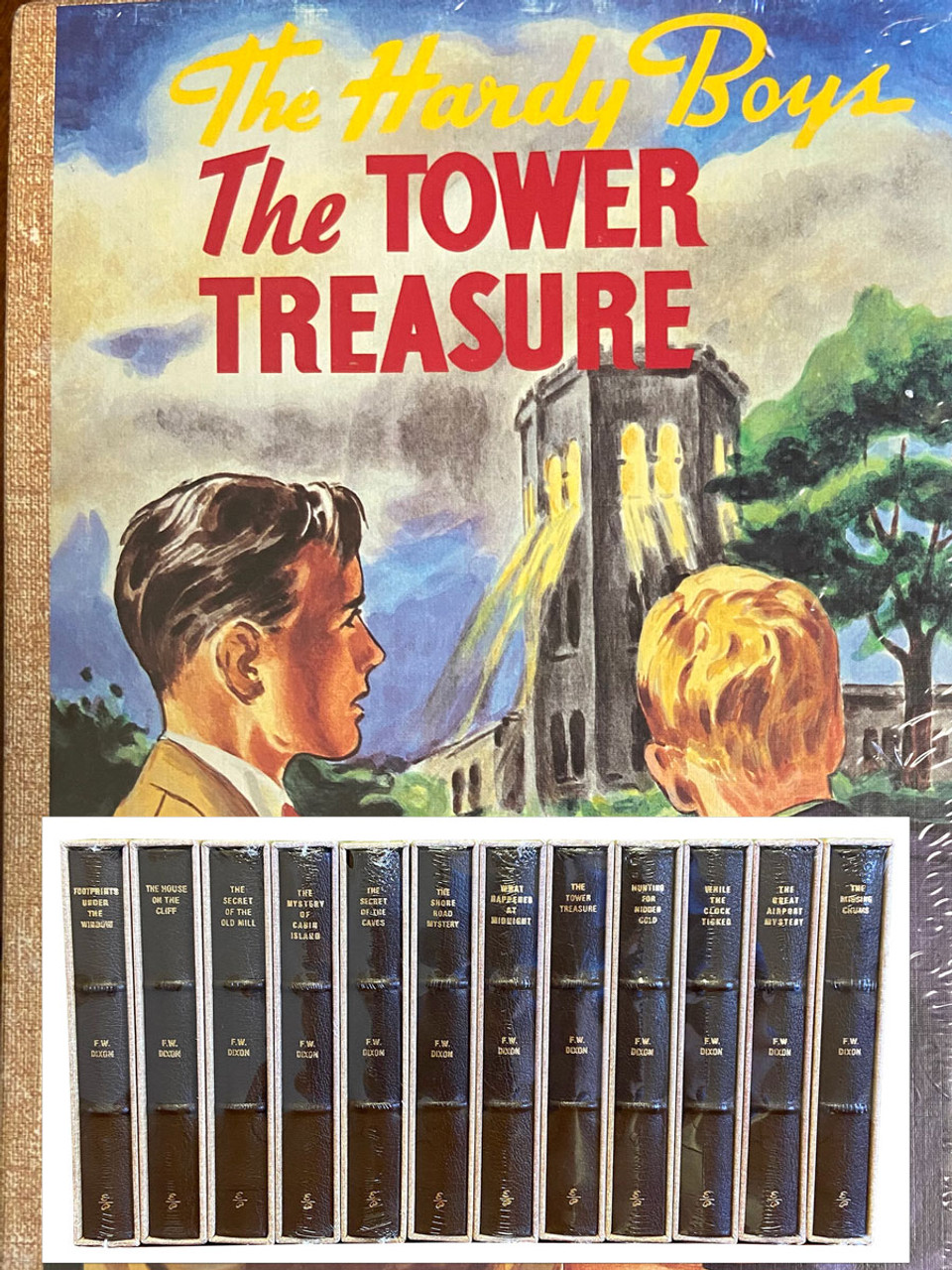 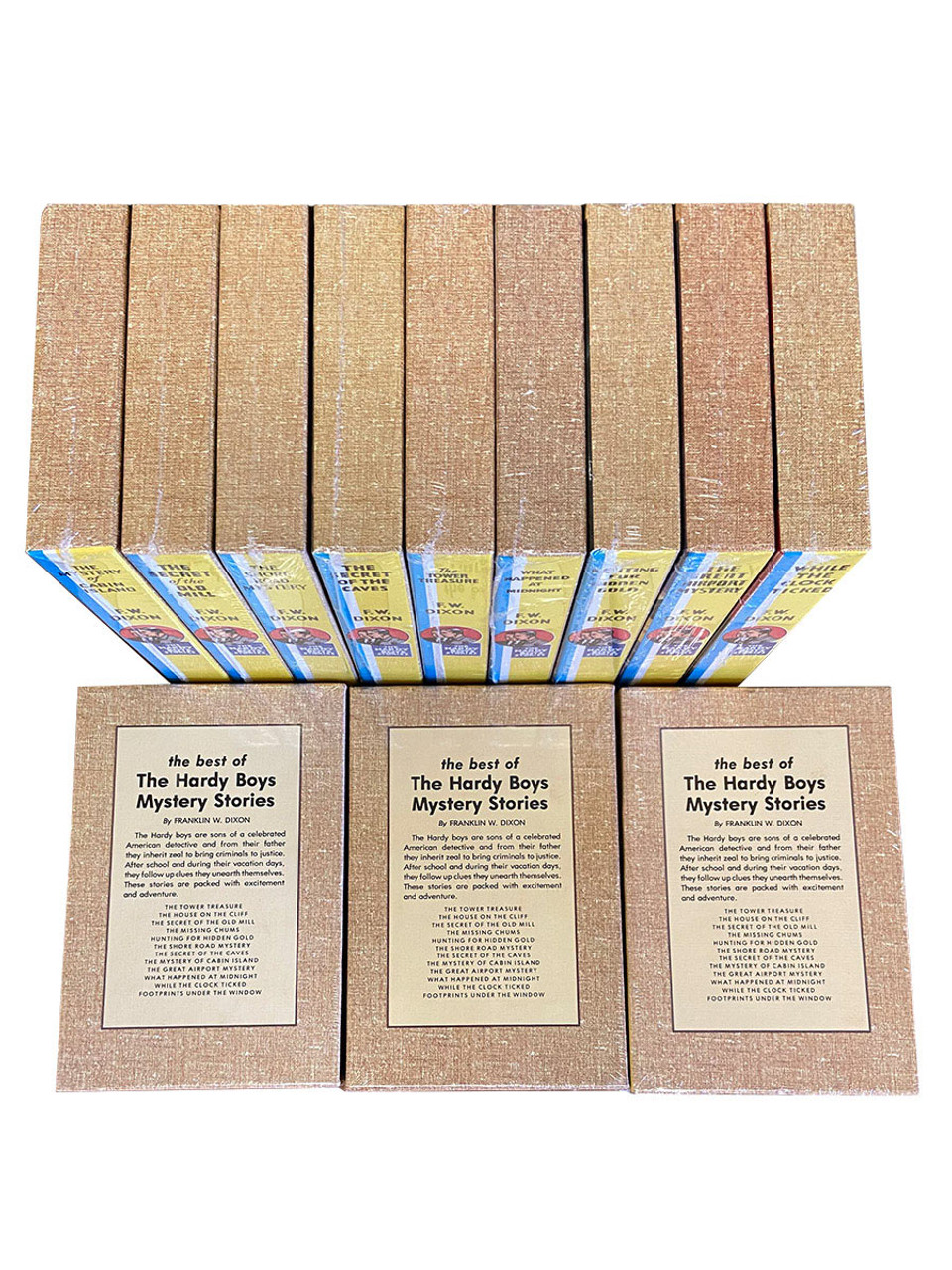 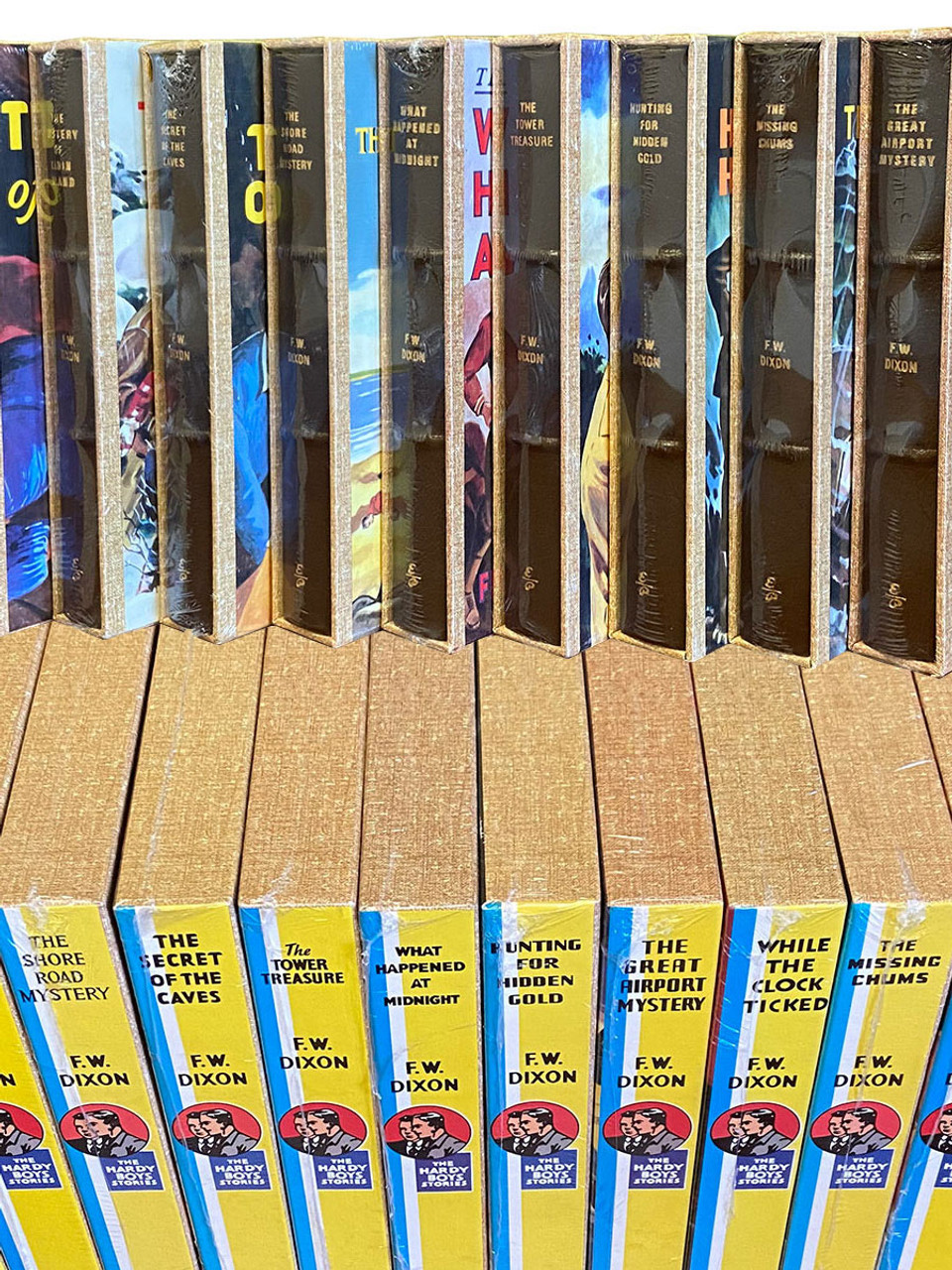 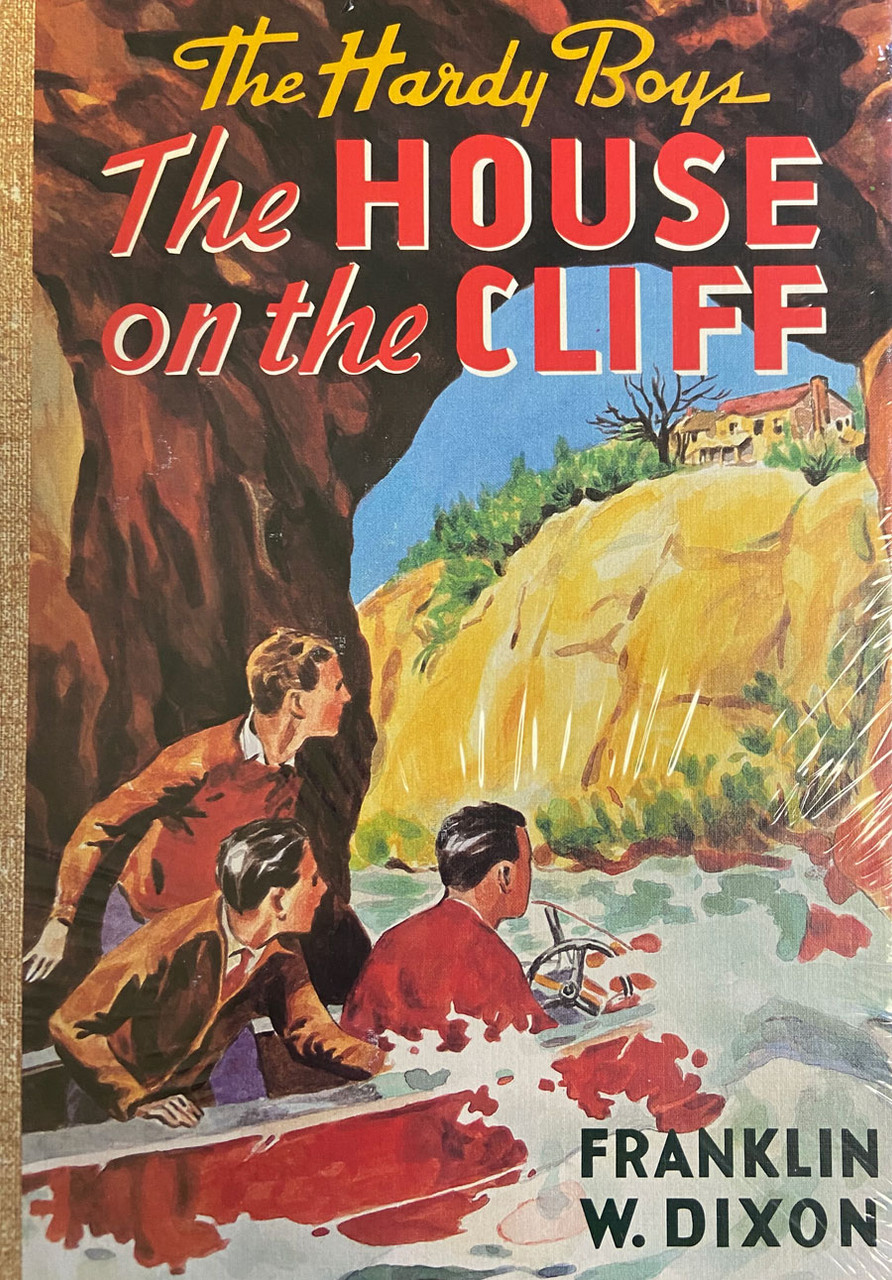 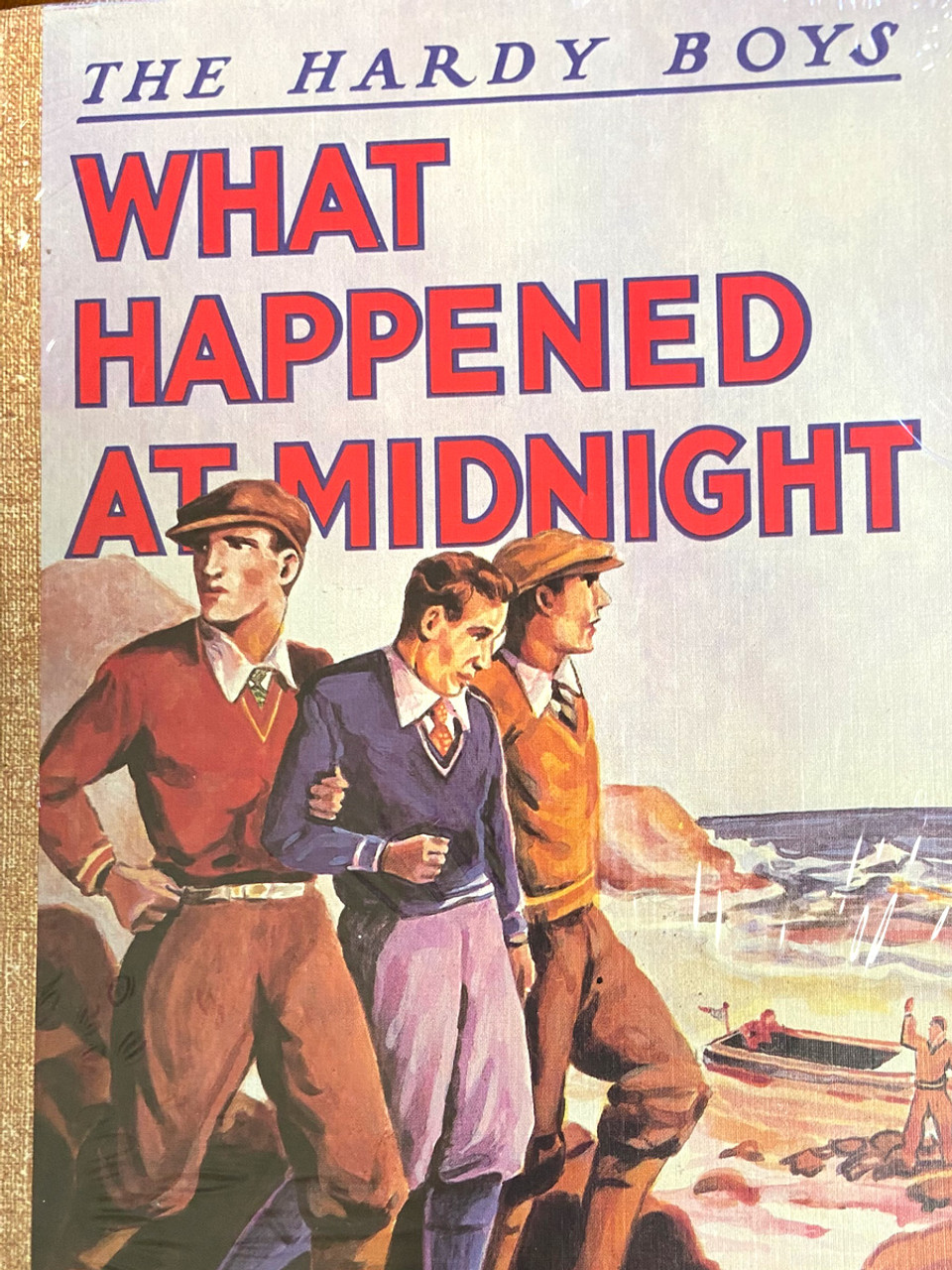 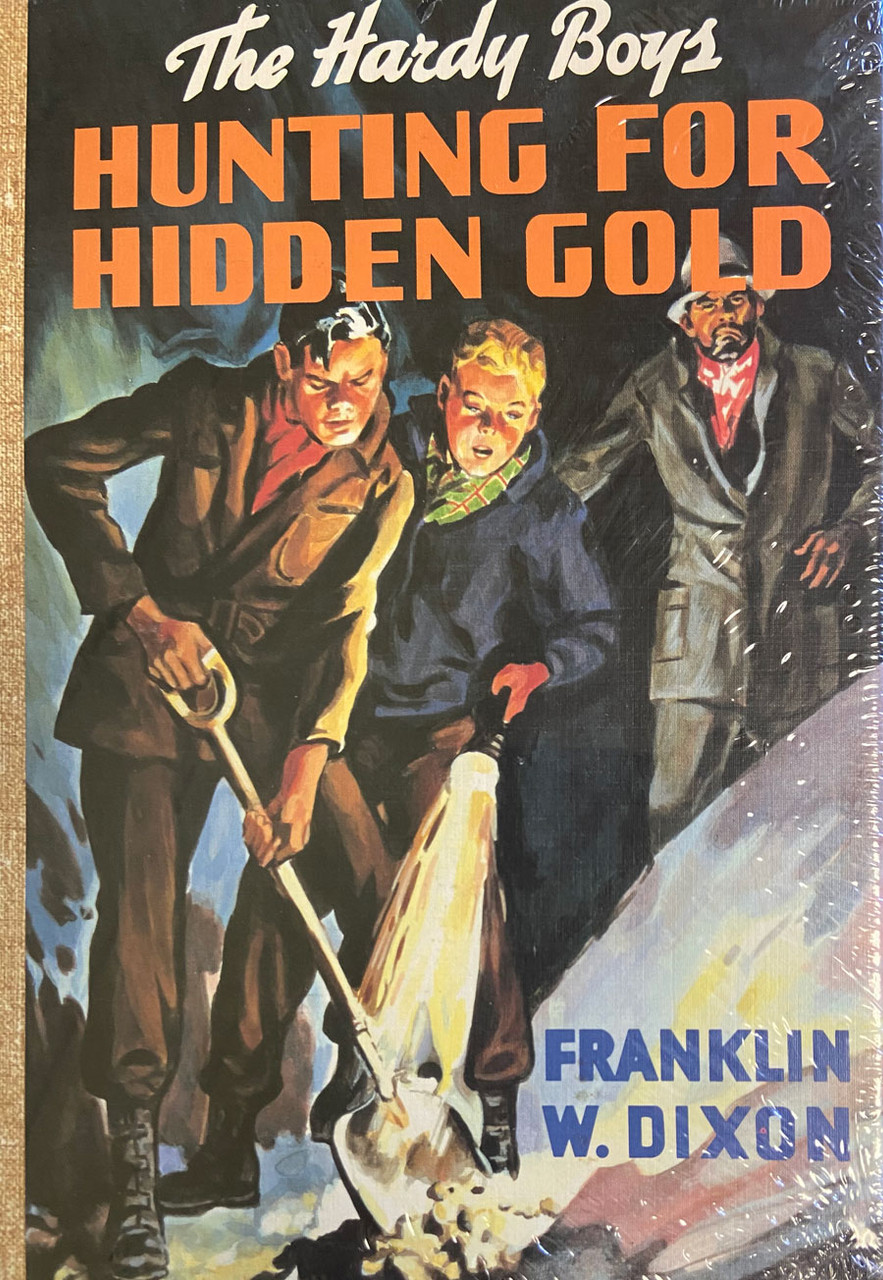 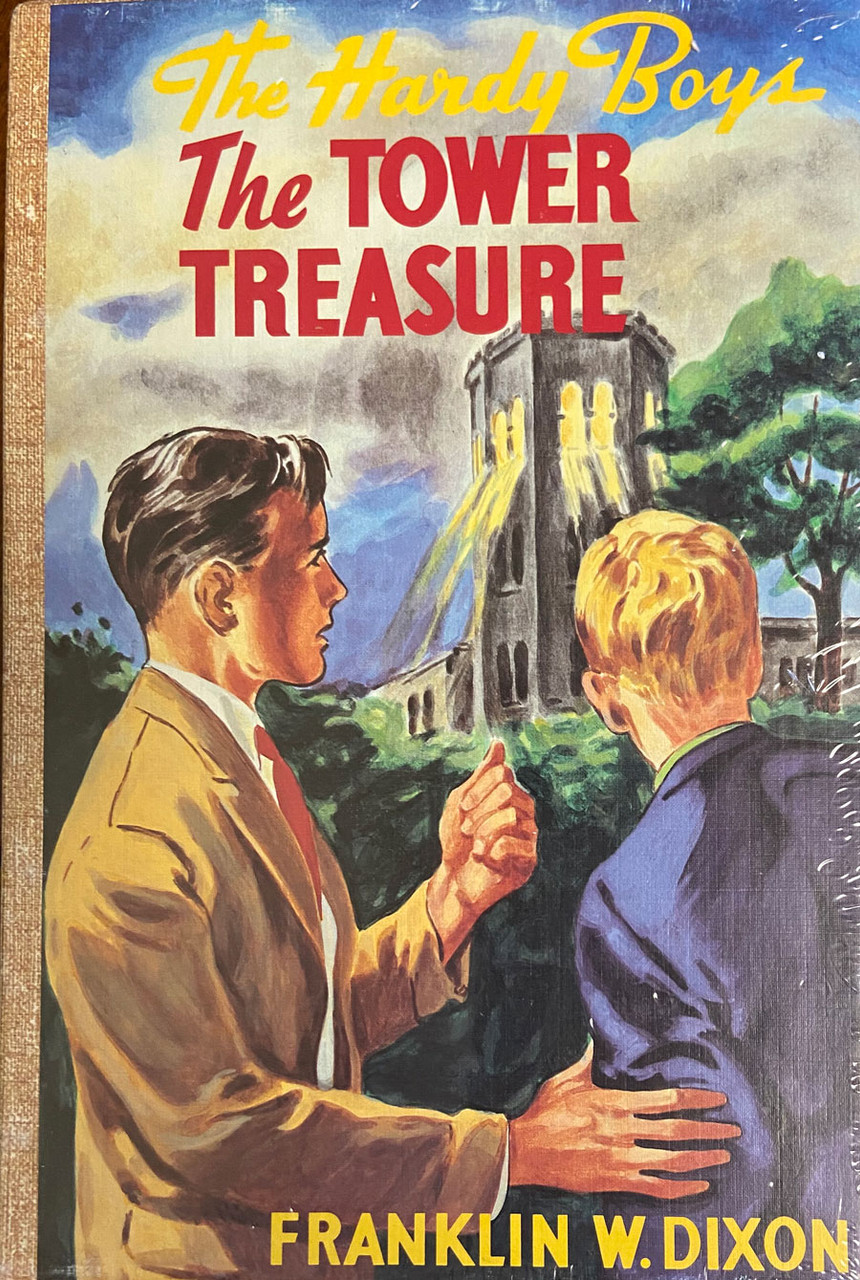 Easton Press 1987. Franklin W. Dixon "The Hardy Boys" Twelve volume matching slipcased set. Limited Edition. Collector's Edition. A luxurious complete set of The Hardy Boys. This is the original 12 volume leather bound edition published by the Easton Press in 1987. Each edition is bound in full genuine brown leather with gilt lettering on the spine and illustrations on the slip cases. The illustrations on the slipcases are the original jacket artwork. The books themselves have no dust jackets as issued.

A rare collection for your home library or office, especially in this condition.

The slipcovers feature the original Gretta artwork of the White Spine editions as originally issued.

Condition: All 12 volumes are in sealed, very fine condition in very fine slipcases. Unread books. No markings, writings, or stamps. No attached bookplates or indication of any removed. A beautiful leather bound set. Not even a single scratch on the gilded page edges.

Franklin W. Dixon is the pen name used by a variety of different authors (Charles Leslie McFarlane, a Canadian author, being the first) who wrote The Hardy Boys novels for the Stratemeyer Syndicate (now owned by Simon & Schuster) as well as for the Ted Scott Flying Stories series published by Grosset & Dunlap.

A complete and matching 12 volume set that includes the following titles: 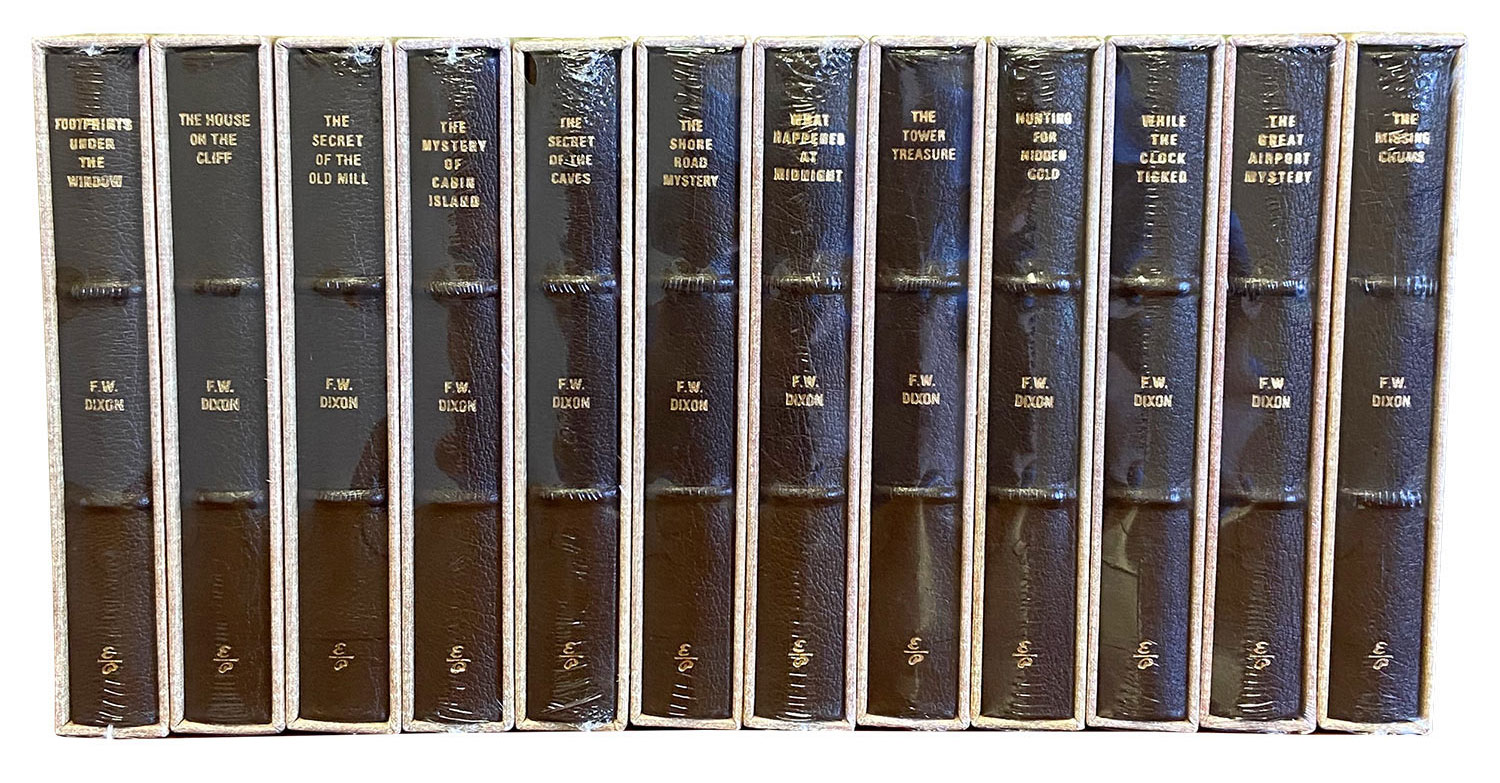 About The Hardy Boys

The Hardy Boys, Frank and Joe Hardy, are fictional teenage brothers and amateur detectives who appear in various mystery series for children and teens.

The characters were created by Edward Stratemeyer, the founder of the Stratemeyer Syndicate, a book-packaging firm, and the books have been written by many different ghostwriters over the years. The books are published under the collective pseudonym Franklin W. Dixon.

The Hardy Boys have evolved in various ways since their first appearance in 1927. Beginning in 1959, the books were extensively revised, largely to eliminate racist stereotypes. The books were also written in a simpler style in an attempt to compete with television. Some critics argue that in the process the Hardy Boys changed, becoming more respectful of the law and simultaneously more affluent, "agents of the adult ruling class" rather than characters who aided the poor.

A new Hardy Boys series, the Hardy Boys Casefiles, was created in the 1980s, and featured murders, violence, and international espionage. The original Hardy Boys Mystery Stories series ended in 2005. A new series, Undercover Brothers, was launched the same year, featuring updated versions of the characters who narrate their adventures in the first person.

Through all these changes, the characters have remained popular. The books sell more than a million copies a year. Several additional volumes are published annually, and the boys' adventures have been translated into more than 25 languages. The Hardy Boys have been featured in computer games and five television shows and used to promote merchandise such as lunchboxes and jeans. 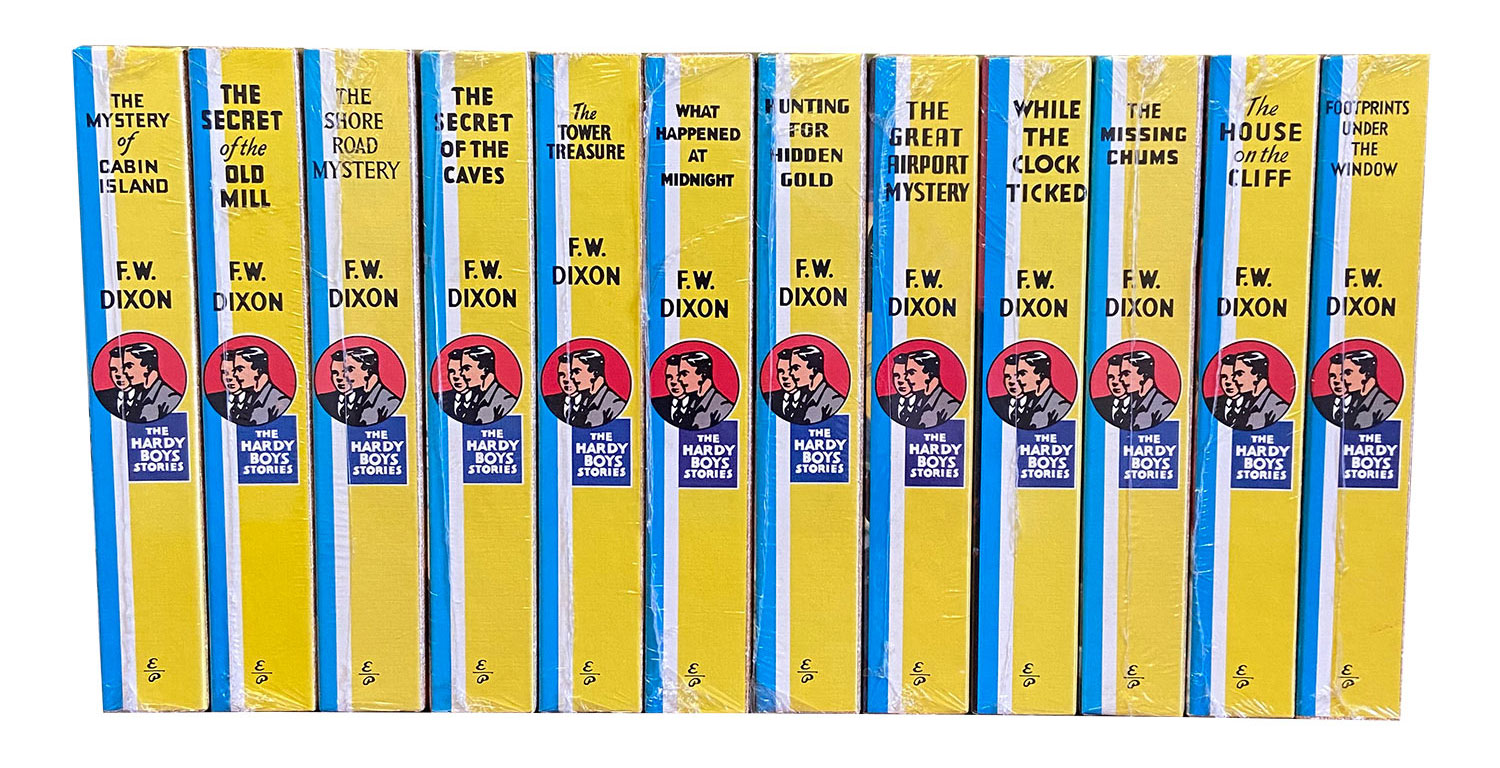 The characters were conceived in 1926 by Edward Stratemeyer, founder of book-packaging firm Stratemeyer Syndicate. Stratemeyer pitched the series to publishers Grosset & Dunlap and suggested that the boys be called the Keene Boys, the Scott Boys, the Hart Boys, or the Bixby Boys. Grosset & Dunlap editors approved the project, but, for reasons unknown, chose the name "The Hardy Boys". The first three titles were published in 1927, and were an immediate success: by mid-1929, more than 115,000 books had been sold.  So successful was the series that Stratemeyer created Nancy Drew as a female counterpart to the Hardys. 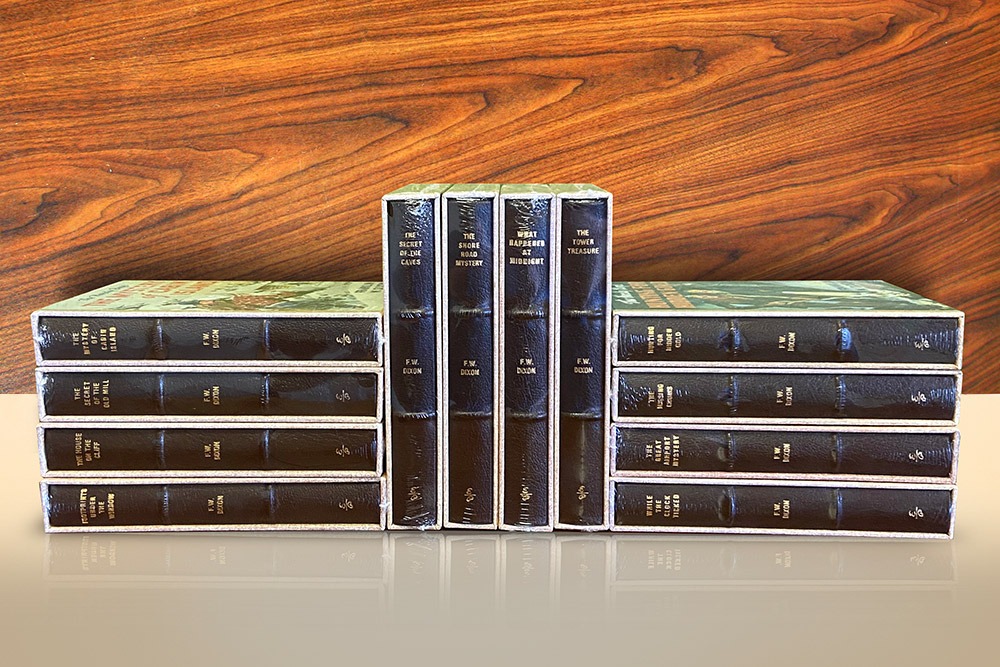 VERY FINE GUARANTEED. Sealed. Each volume in Very Fine condition as if normally shipped from the publisher. The condition is of the highest quality without any discernible flaws. Sharp corners all around. Unread book without any marks, writing, or stamps. This item will be packed to the highest standard and shipped in a timely manner by Priority Mail with tracking number and signature confirmation.