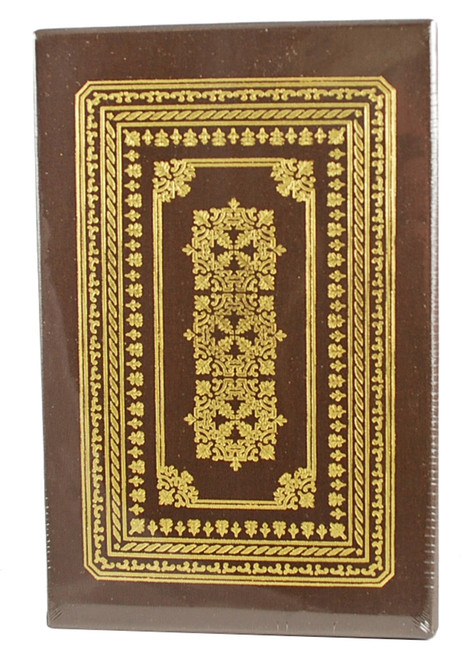 Brand new from Easton Press. Limited to only 250 signed copies, this is set to be one of the most sought after presidential volumes. Be one of the very first collectors in the world to enjoy this special edition in your library today!


This is the praised biography written with the full collaboration of President George H.W. Bush...


A luxurious leather bound collector's edition, personally hand signed by President George H.W. Bush and John Meacham directly into the book. A magnificent edition to showcase in your presidential library or as a unique gift. Limited to only 250 signed copies, making it one of the most rare Easton Press signed volumes in the world.

Bush is the father of George W. Bush, the 43rd and current President of the United States, and Jeb Bush, former Governor of Florida.
About Jon Meacham

Jon Meacham is a Pulitzer Prize–winning biographer. The author of the New York Times bestsellers Thomas Jefferson: The Art of Power, American Lion: Andrew Jackson in the White House, Franklin and Winston, and Destiny and Power: The American Odyssey of George Herbert Walker Bush, he is a distinguished visiting professor at Vanderbilt University, a contributing writer for The New York Times Book Review, and a fellow of the Society of American Historians. Meacham lives in Nashville with his wife and children.

As New(Sealed) in As New slipcase without any flaws. The condition is of the highest quality without any bumped corners and free of marks to gilded page edges.

A Rare Signed Presidential Volume - Only 1,200 Have Been PrintedMillions upon millions of Americans celebrated the inauguration of George Herbert Walker Bush on January 20, 1989. Millions upon more...