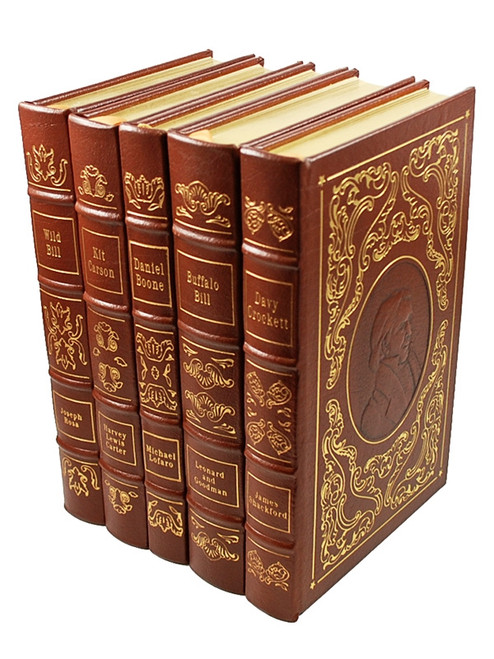 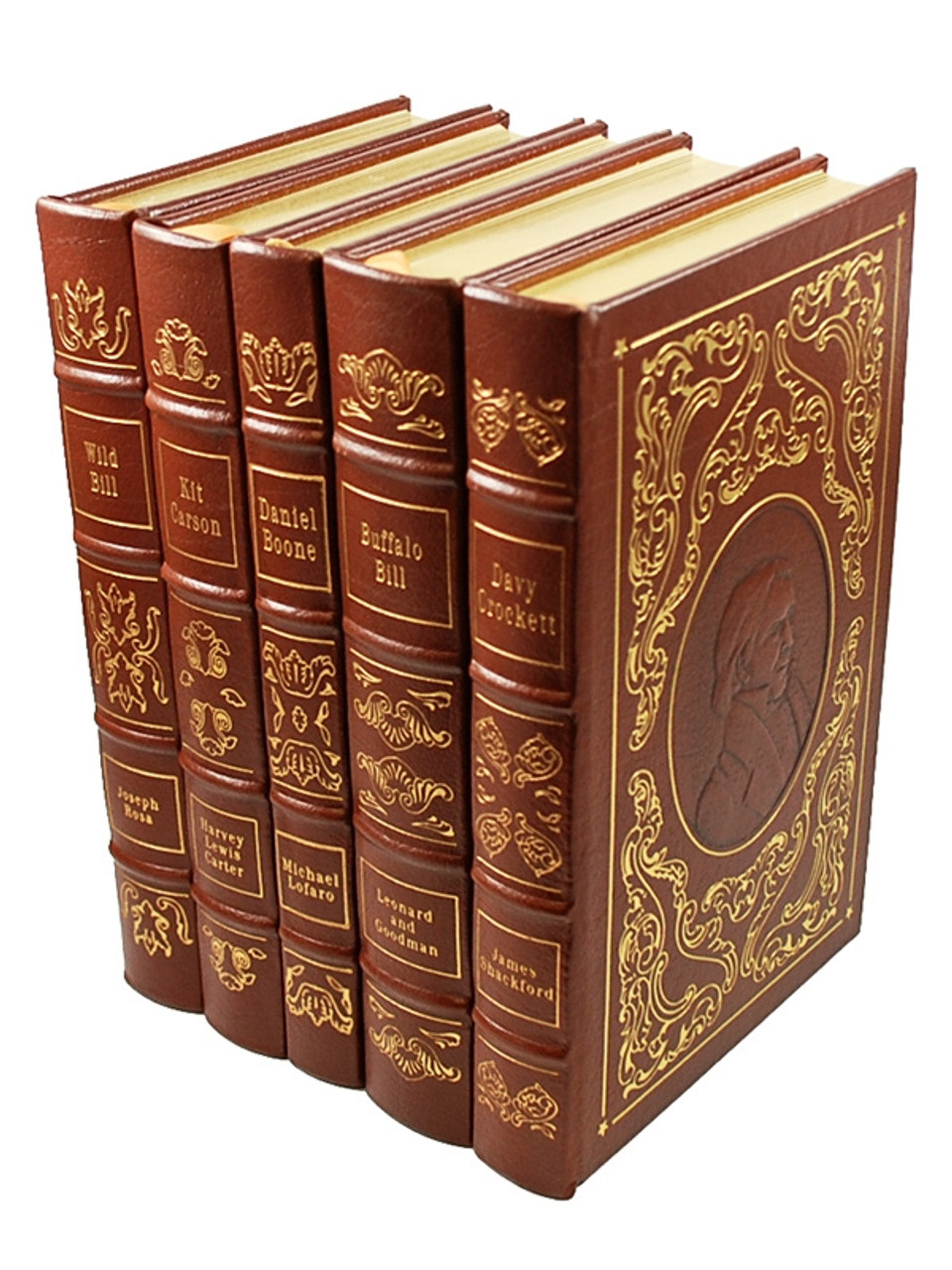 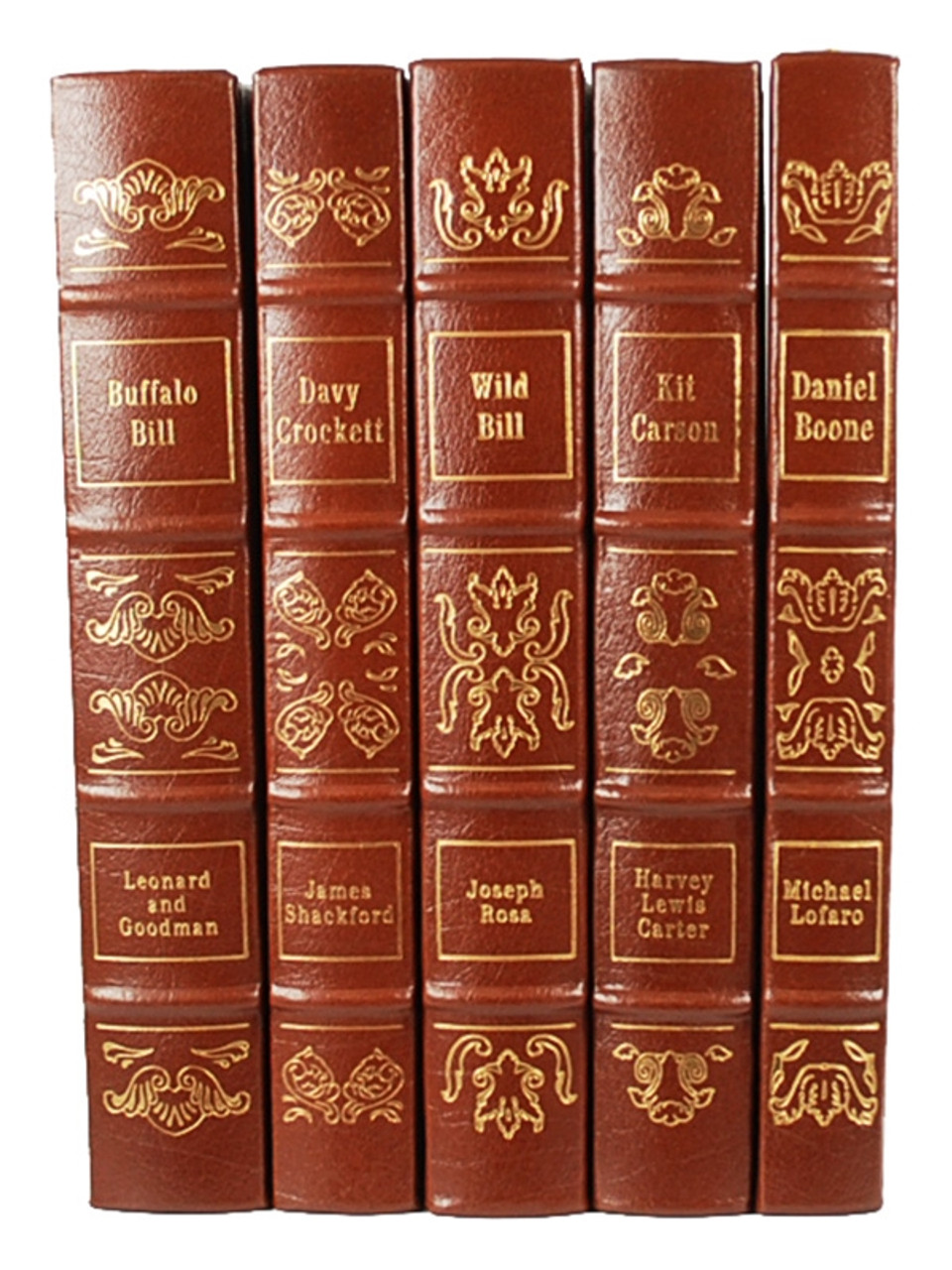 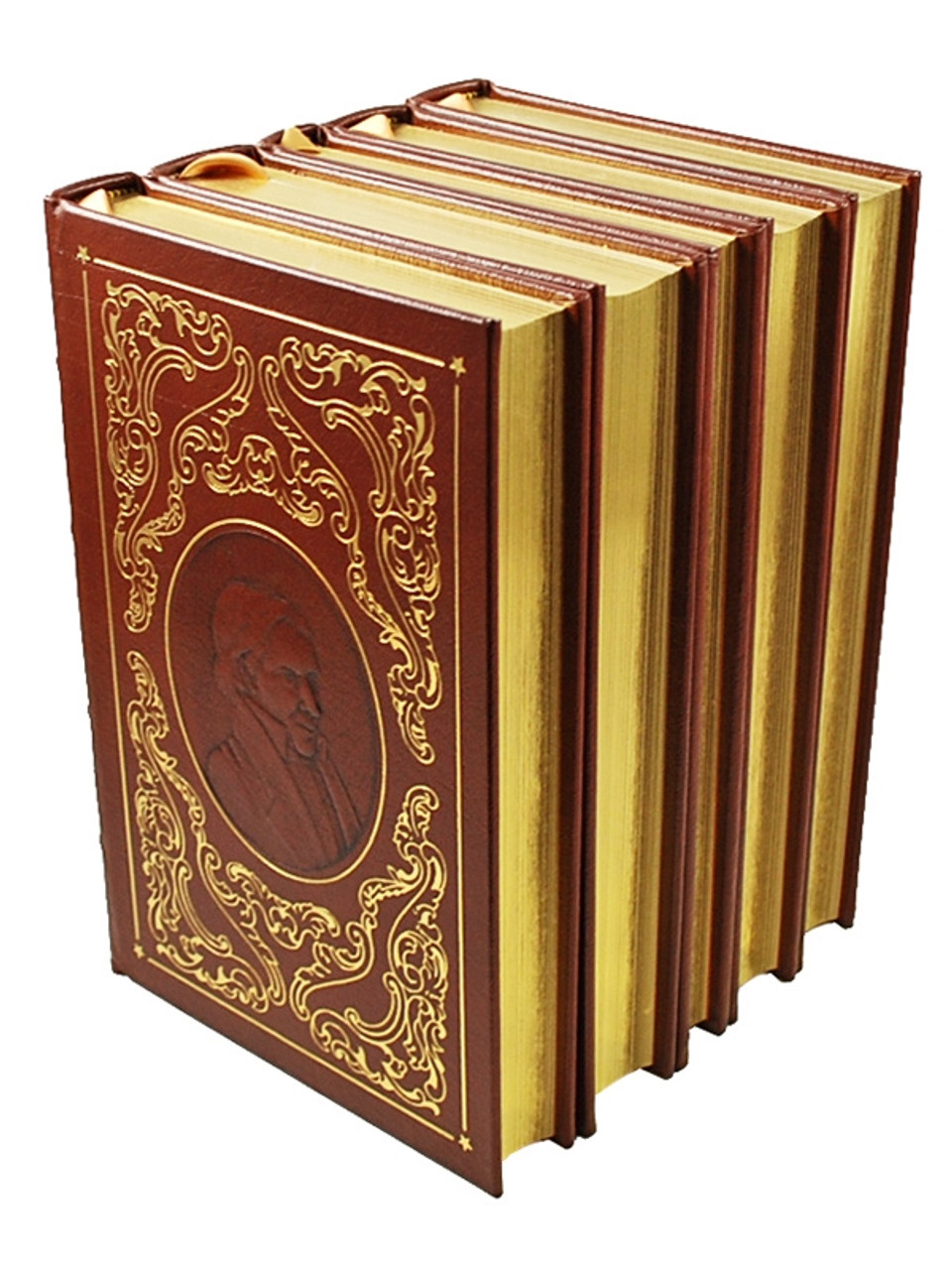 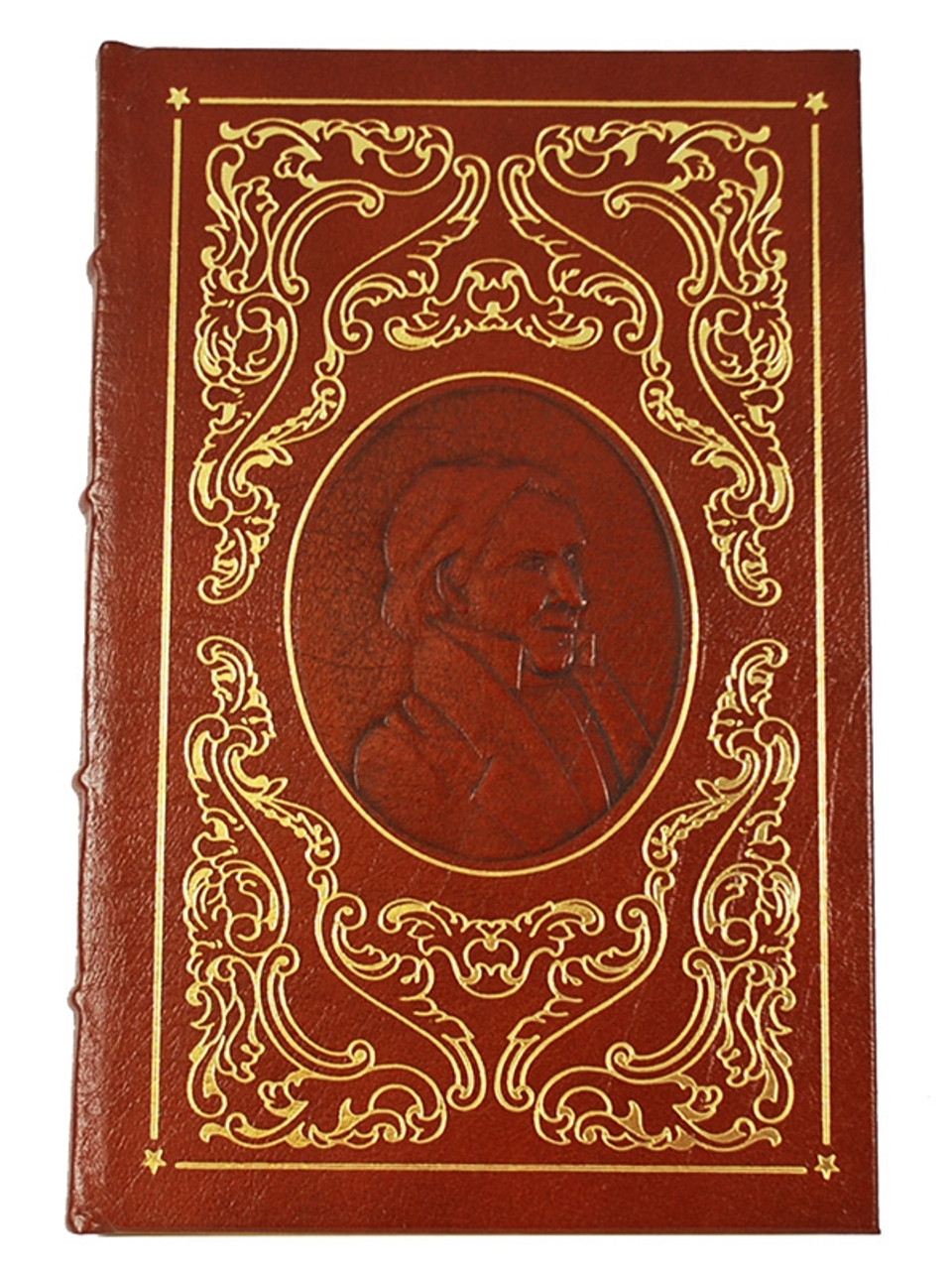 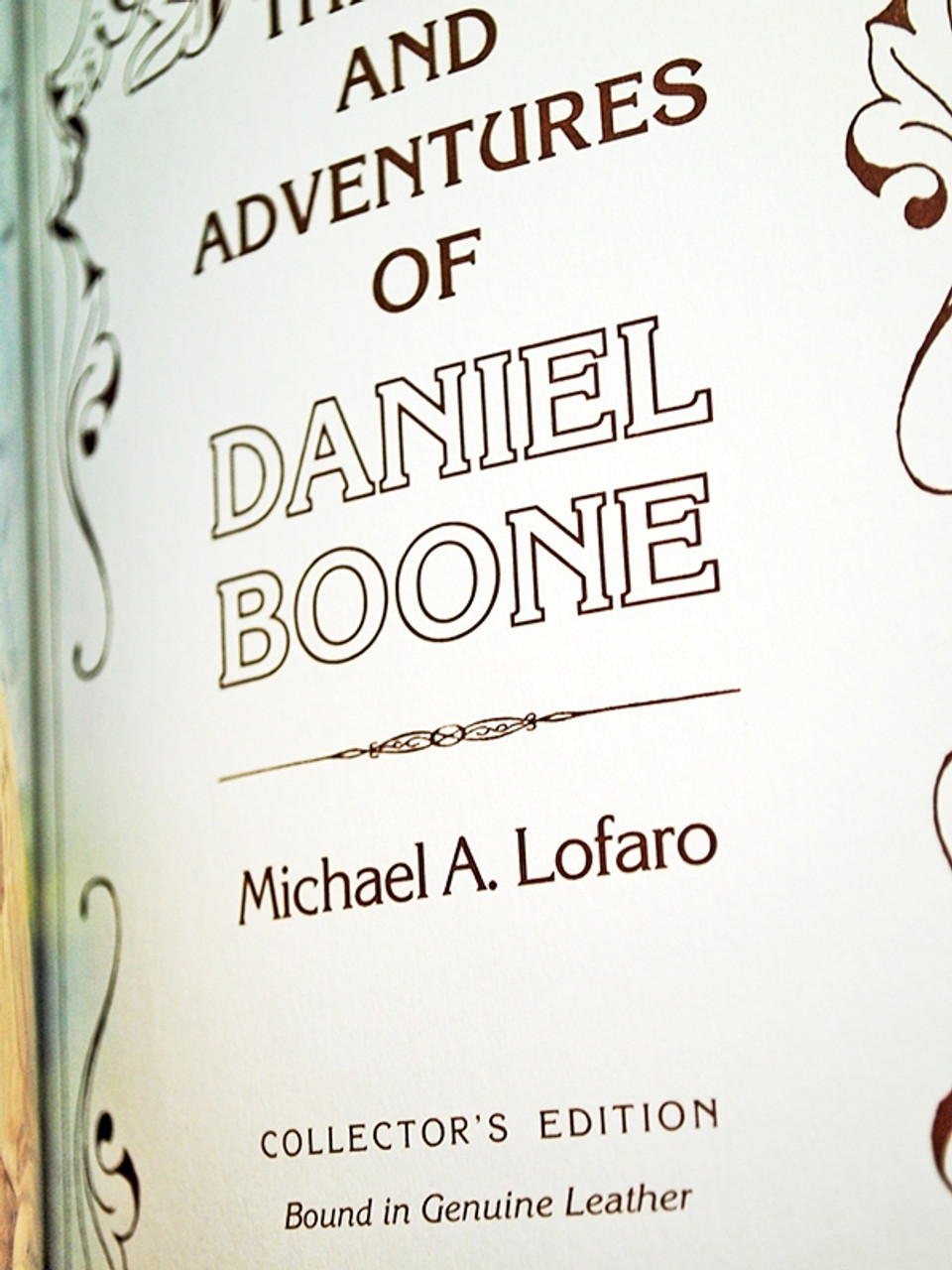 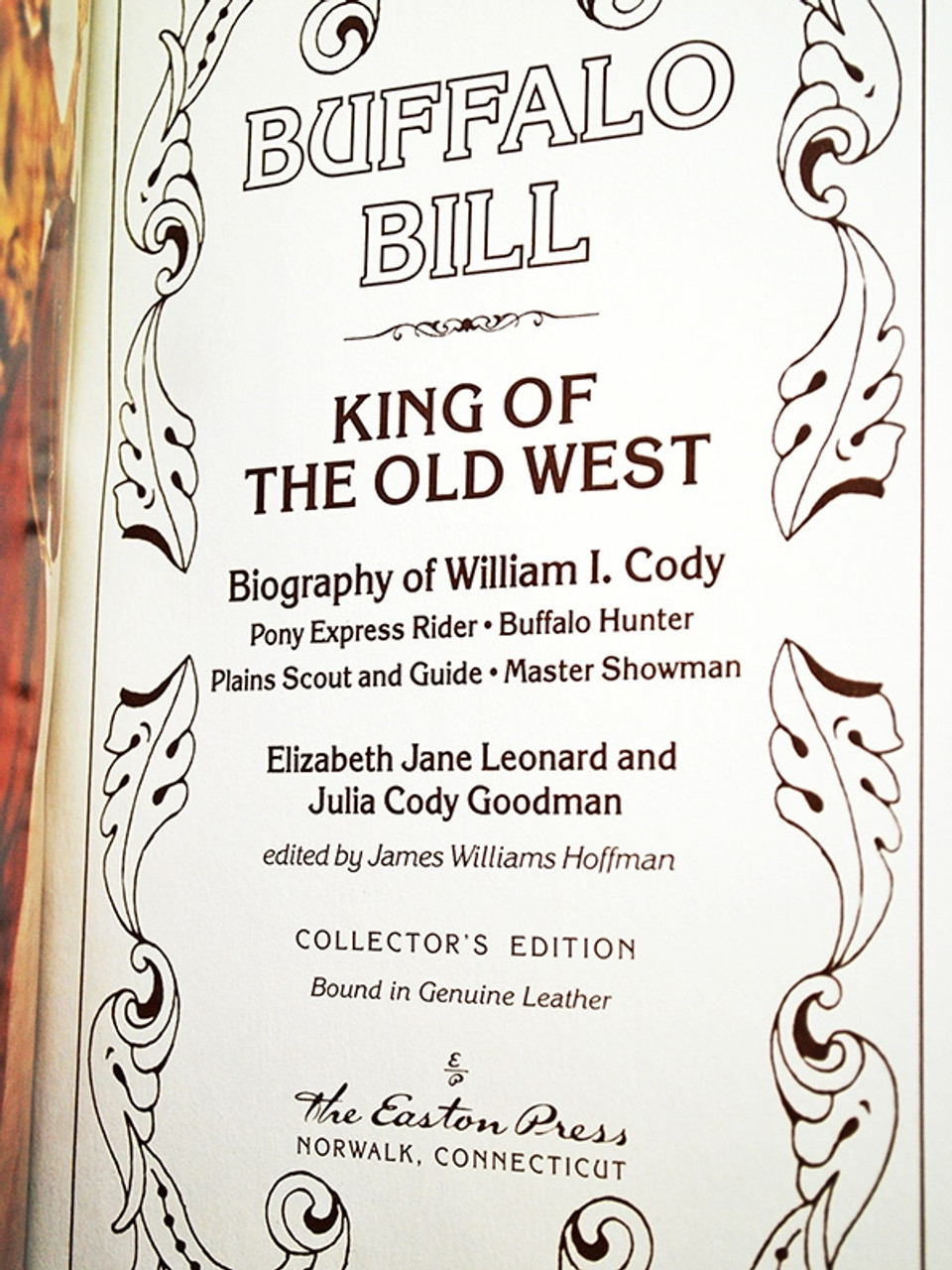 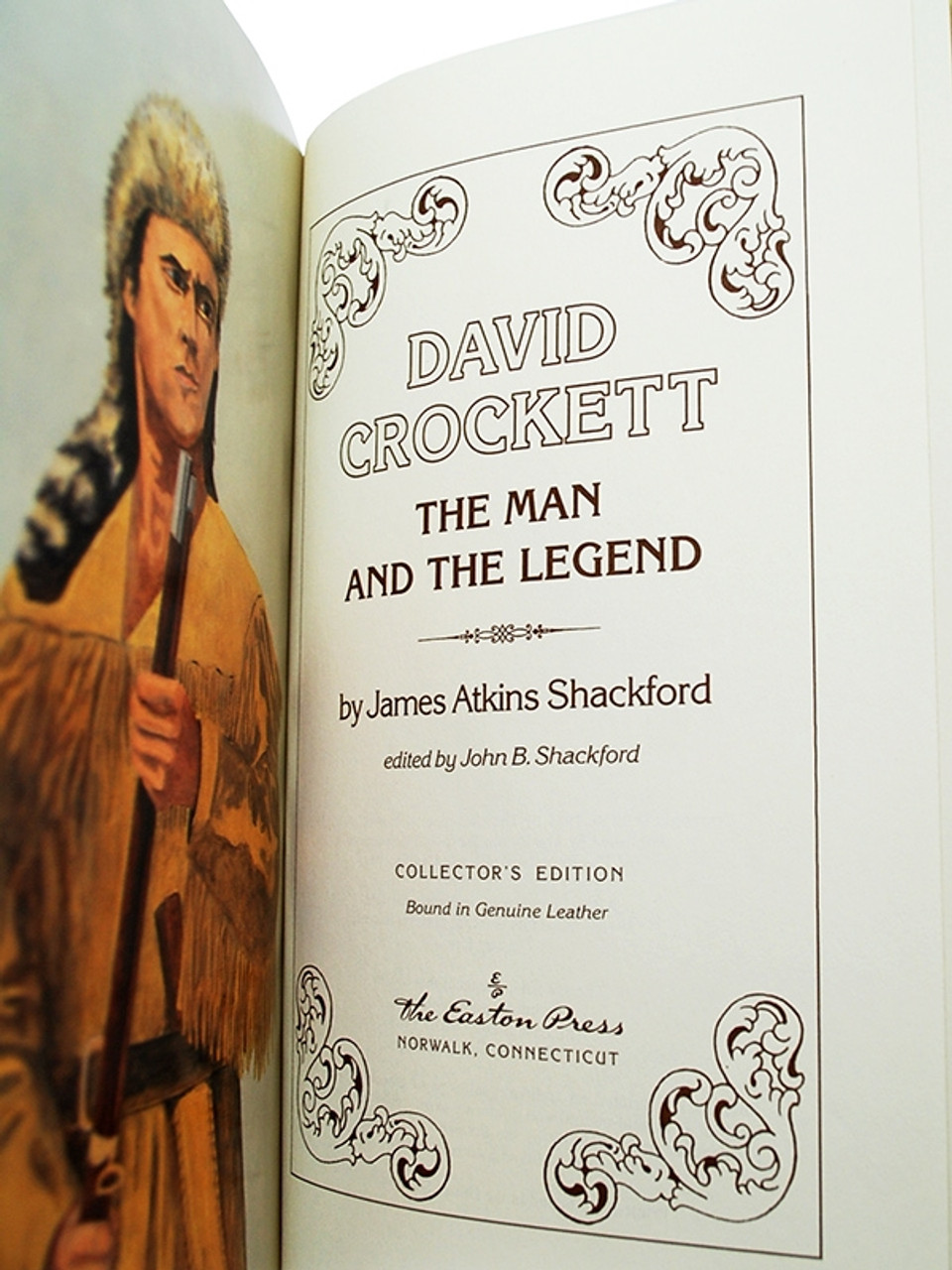 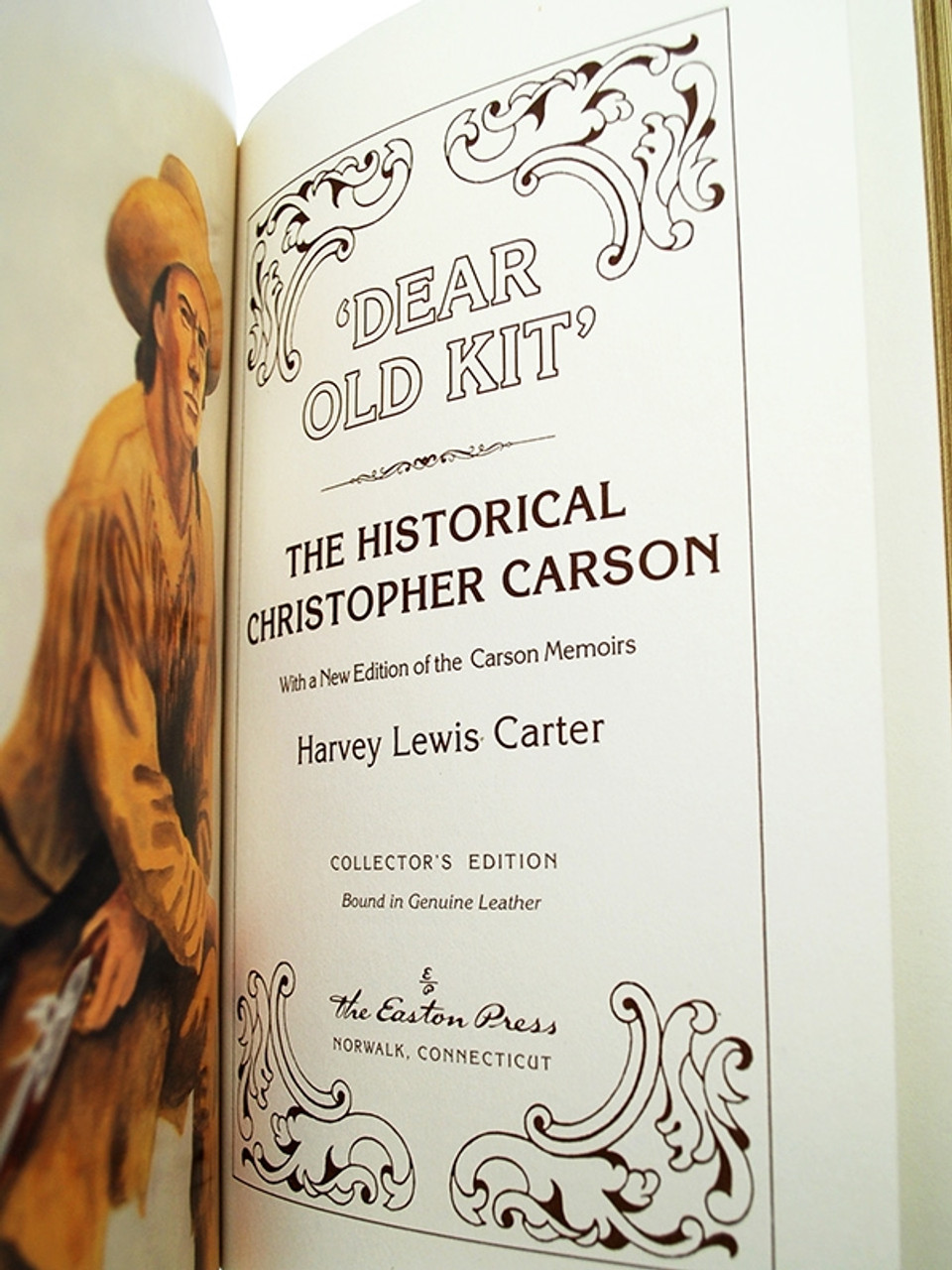 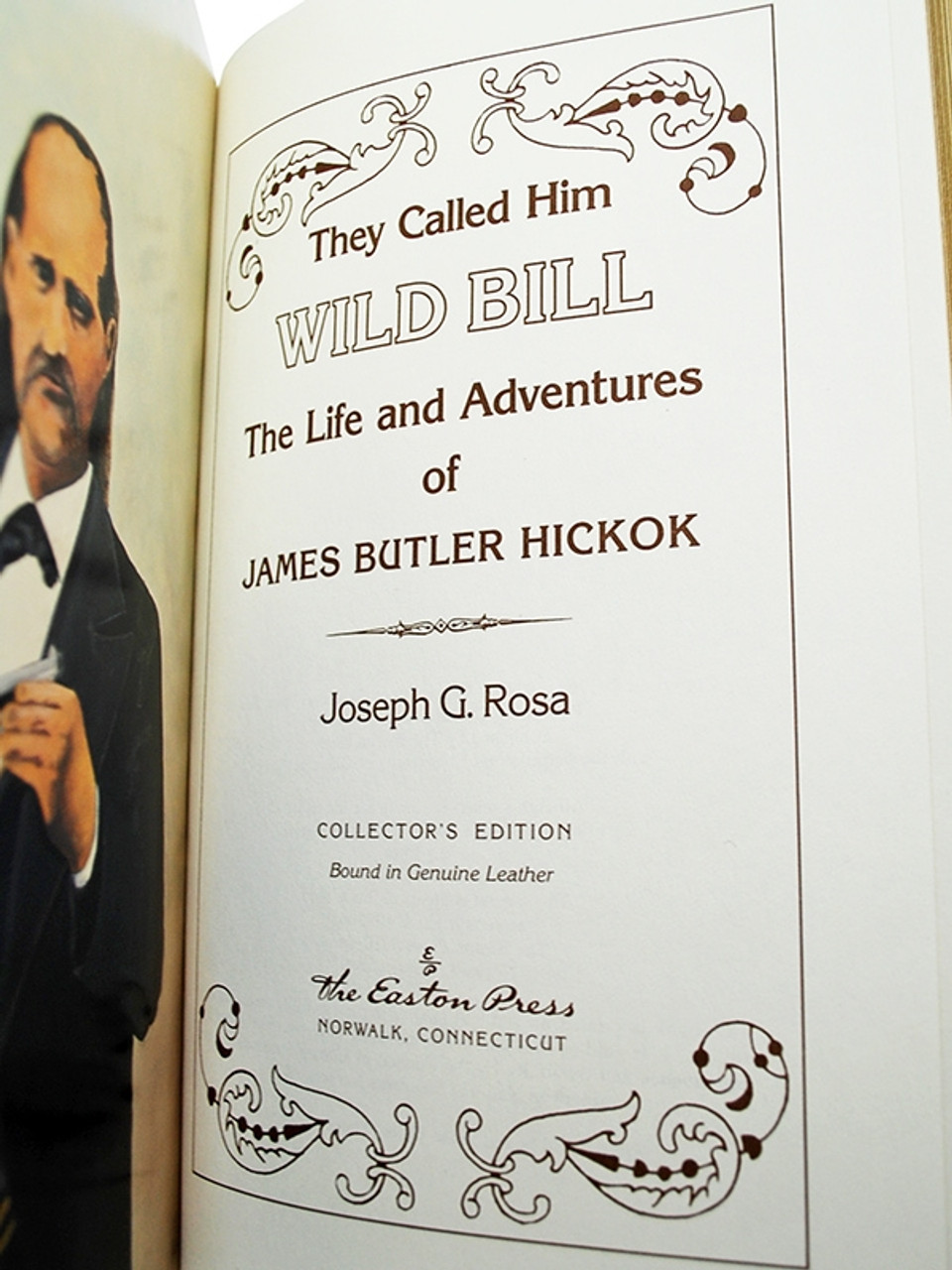 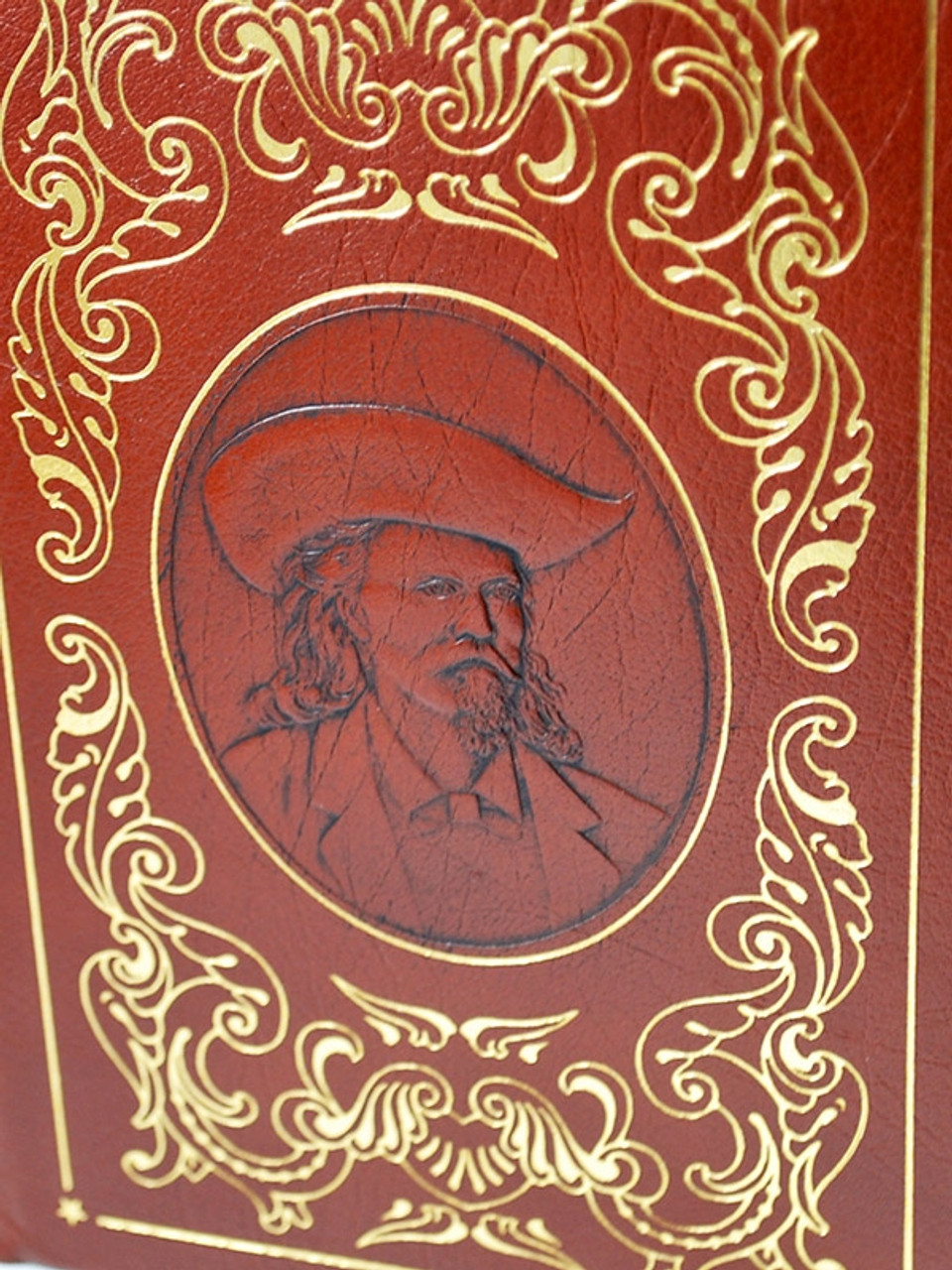 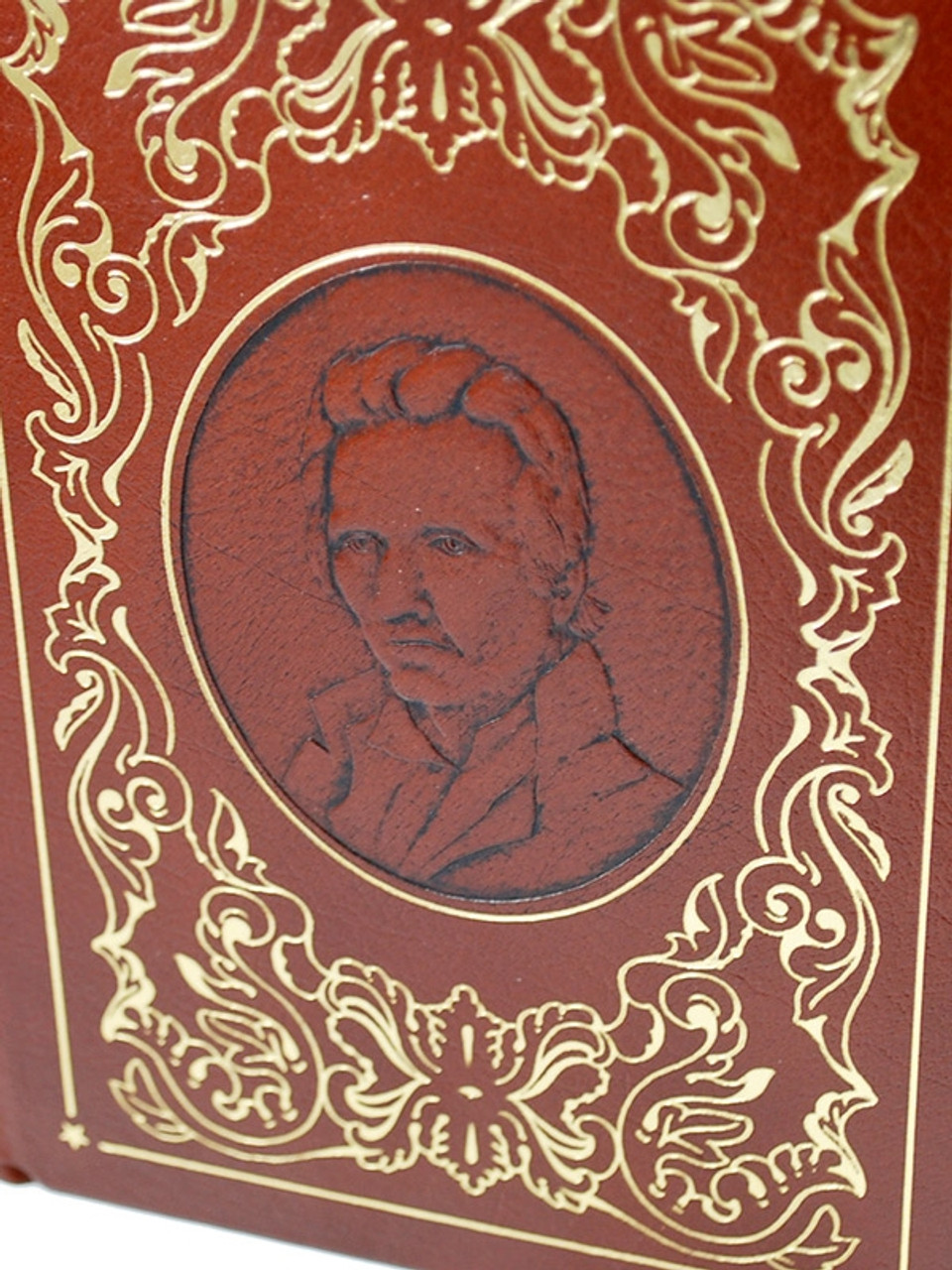 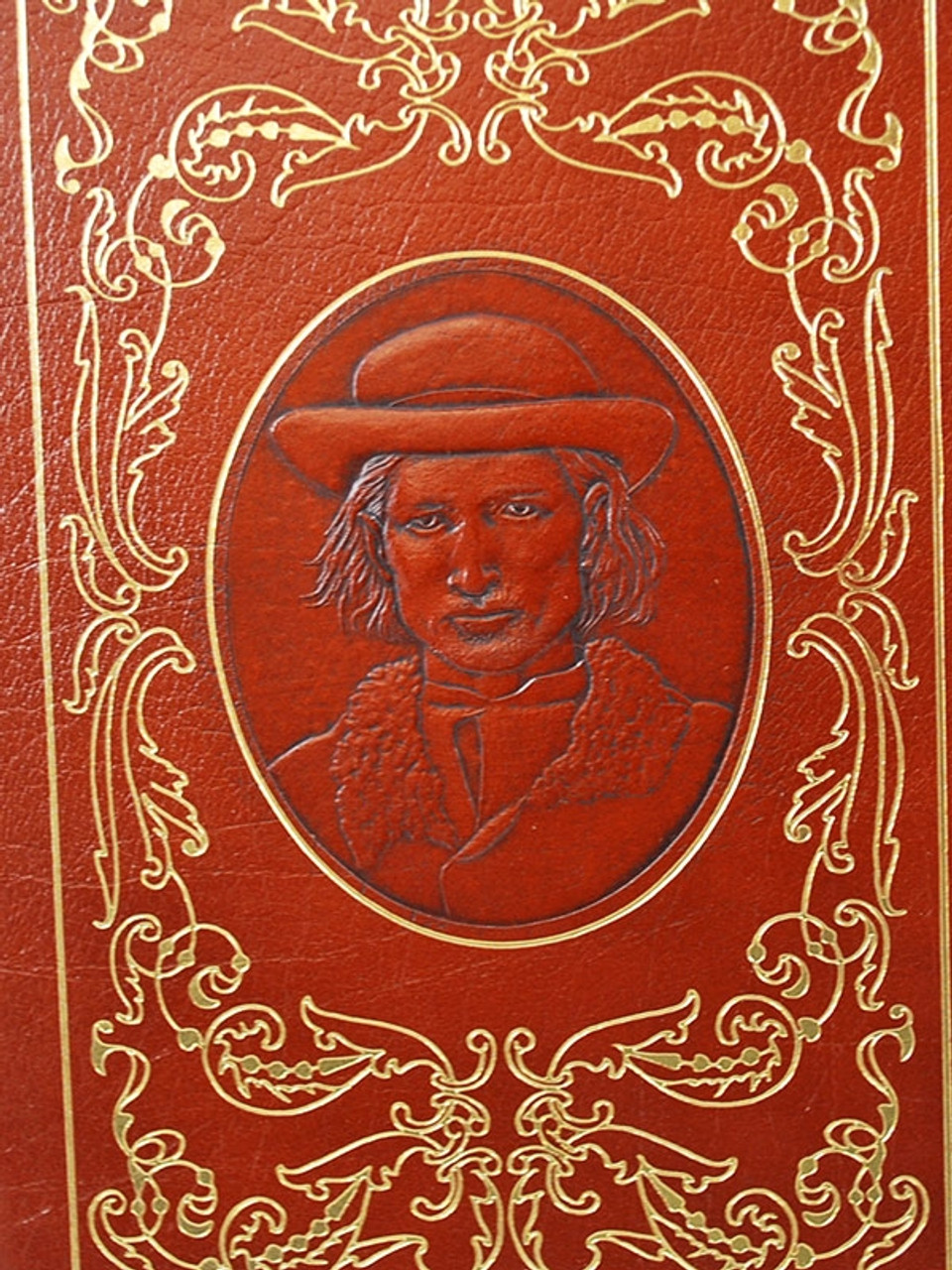 The Heroes of the Wild West, Complete In Five Leather Bound Volumes.

2. DANIEL BOONE: The Life and Adventures, by Michael A Lofaro

3. DAVY CROCKETT: The Man and the Legend, by James Atkins Shackford, edited by John B Shackford

4. WILD BILL: The Called Him, The Life and Adventures of James Butler Hickok, by Joseph G Rosa

William Frederick "Buffalo Bill" Cody (February 26, 1846 – January 10, 1917) was an American scout, bison hunter, and showman. He was born in the Iowa Territory (now the U.S. state of Iowa) in Le Claire but he grew up for several years in his father's hometown in Canada before his family moved to the Kansas Territory.

Buffalo Bill started working at the age of eleven after his father's death, and became a rider for the Pony Express at age 14. During the American Civil War, he served for the Union from 1863 to the end of the war in 1865. Later he served as a civilian scout to the US Army during the Indian Wars, receiving the Medal of Honor in 1872.

One of the most colorful figures of the American Old West, Buffalo Bill started performing in shows that displayed cowboy themes and episodes from the frontier and Indian Wars. He founded his Buffalo Bill's Wild West in 1883, taking his large company on tours throughout the United States and, beginning in 1887, in Great Britain and Europe.

Daniel Boone (November 2, 1734 [O.S. October 22] – September 26, 1820) was an American pioneer, explorer, woodsman, and frontiersman, whose frontier exploits made him one of the first folk heroes of the United States. Boone is most famous for his exploration and settlement of what is now Kentucky, which was then part of Virginia, but on the other side of the mountains from the settled areas. As a young adult, Boone supplemented his farm income by hunting and trapping game, and selling their pelts in the fur market. Through this occupational interest, Boone first learned the easy routes to the area. Despite some resistance from American Indian tribes such as the Shawnee, in 1775, Boone blazed his Wilderness Road through the Cumberland Gap in the Appalachian Mountains from North Carolina and Tennessee into Kentucky. There, he founded the village of Boonesborough, Kentucky, one of the first American settlements west of the Appalachians. Before the end of the 18th century, more than 200,000 Americans migrated to Kentucky/Virginia by following the route marked by Boone.

David "Davy" Crockett (August 17, 1786 – March 6, 1836) was a 19th-century American folk hero, frontiersman, soldier, and politician. He is commonly referred to in popular culture by the epithet "King of the Wild Frontier". He represented Tennessee in the U.S. House of Representatives, served in the Texas Revolution, and died at the Battle of the Alamo.

Crockett grew up in East Tennessee, where he gained a reputation for hunting and storytelling. After being made a colonel in the militia of Lawrence County, Tennessee, he was elected to the Tennessee state legislature in 1821. In 1825, Crockett was elected to the U.S. Congress, where he vehemently opposed many of the policies of President Andrew Jackson, most notably the Indian Removal Act. Crockett's opposition to Jackson's policies led to his defeat in the 1831 elections. He won again in 1833, then narrowly lost in 1835, prompting his angry departure to Texas (then the Mexican state of Tejas) shortly thereafter. In early 1836, Crockett took part in the Texas Revolution and was killed at the Battle of the Alamo in March.

Crockett became famous in his own lifetime for larger-than-life exploits popularized by stage plays and almanacs. After his death, he continued to be credited with acts of mythical proportion. These led in the 20th century to television and movie portrayals, and he became one of the best-known American folk heroes.

James Butler Hickok (May 27, 1837 – August 2, 1876)—known as "Wild Bill" Hickok—was a folk character of the American Old West. Some of his exploits as reported at the time were fiction but his skill as a gunfighter and gambler provided the basis for his fame, along with his reputation as a lawman. Hickok was born and raised on a farm in rural Illinois. He went west at age 18 as a fugitive from justice, first working as a stagecoach driver, then as a lawman in the frontier territories of Kansas and Nebraska. He fought (and spied) for the Union Army during the American Civil War and gained publicity after the war as a scout, marksman, actor and professional gambler. Hickok was involved in several notable shootouts. He was shot from behind and killed while playing poker in a saloon in Deadwood, Dakota Territory (now South Dakota) by an unsuccessful gambler, Jack McCall. The card hand which he held at the time of his death (aces and eights) has come to be known as the "Dead Man's Hand".

Christopher Houston "Kit" Carson (December 24, 1809 – May 23, 1868) was an American frontiersman. The few paying jobs he had during his lifetime included mountain man (fur trapper), wilderness guide, Indian agent, and American Army officer. Carson became a frontier legend in his own lifetime via biographies and news articles. Exaggerated versions of his exploits were the subject of dime novels.

Carson left home in rural present-day Missouri at age 16 to become a mountain man and trapper in the West. In the 1830s, he accompanied Ewing Young on an expedition to Mexican California and joined fur trapping expeditions into the Rocky Mountains. He lived among and married into the Arapaho and Cheyenne tribes.

This is the immortal adventures of the American frontier, complete in 5 leather bound volumes.Easton Press, Norwalk CT. 2008. The Works of James Fenimore Cooper "Leatherstocking Tales". A complete...