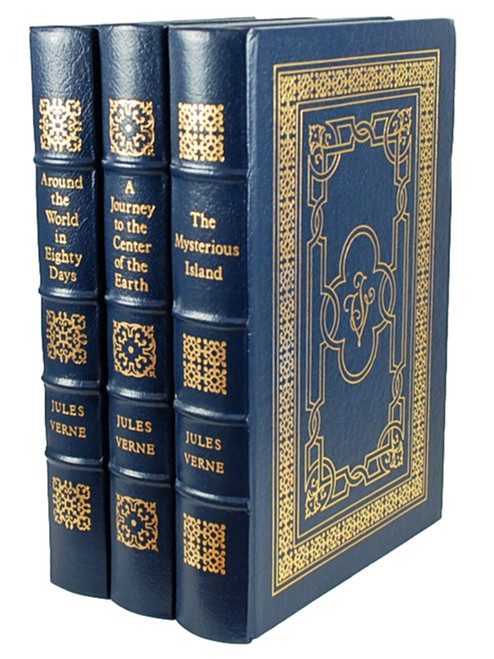 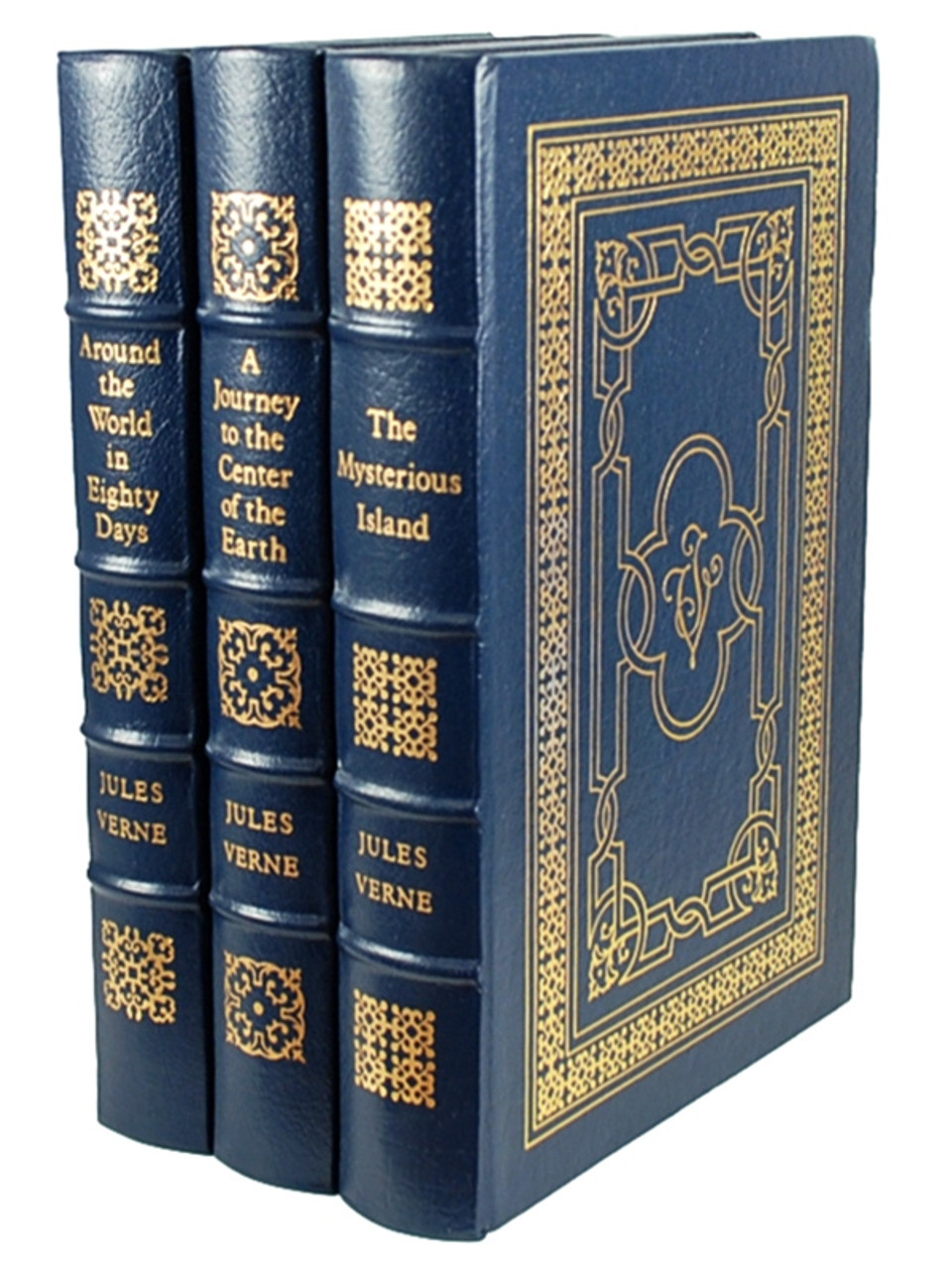 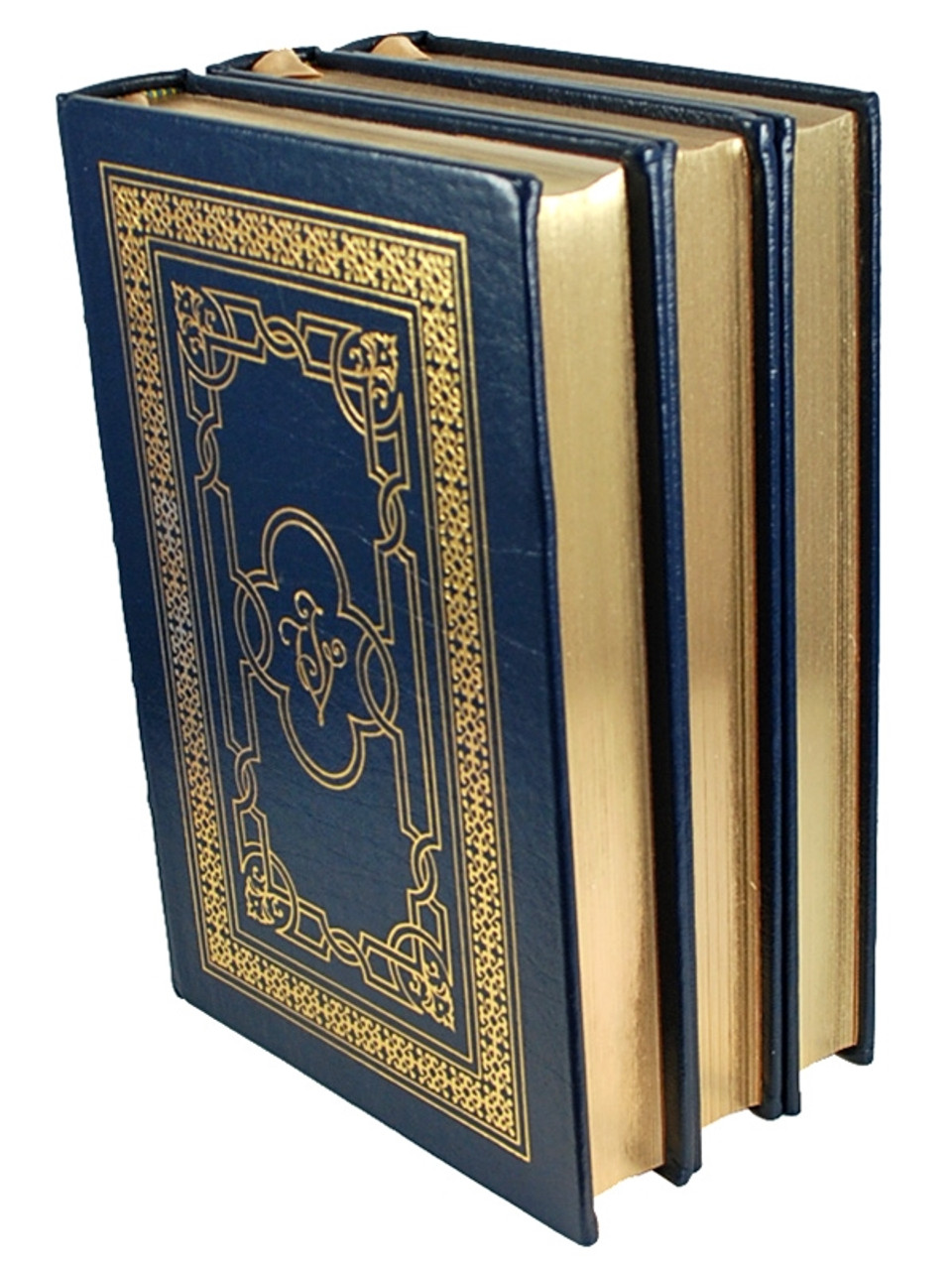 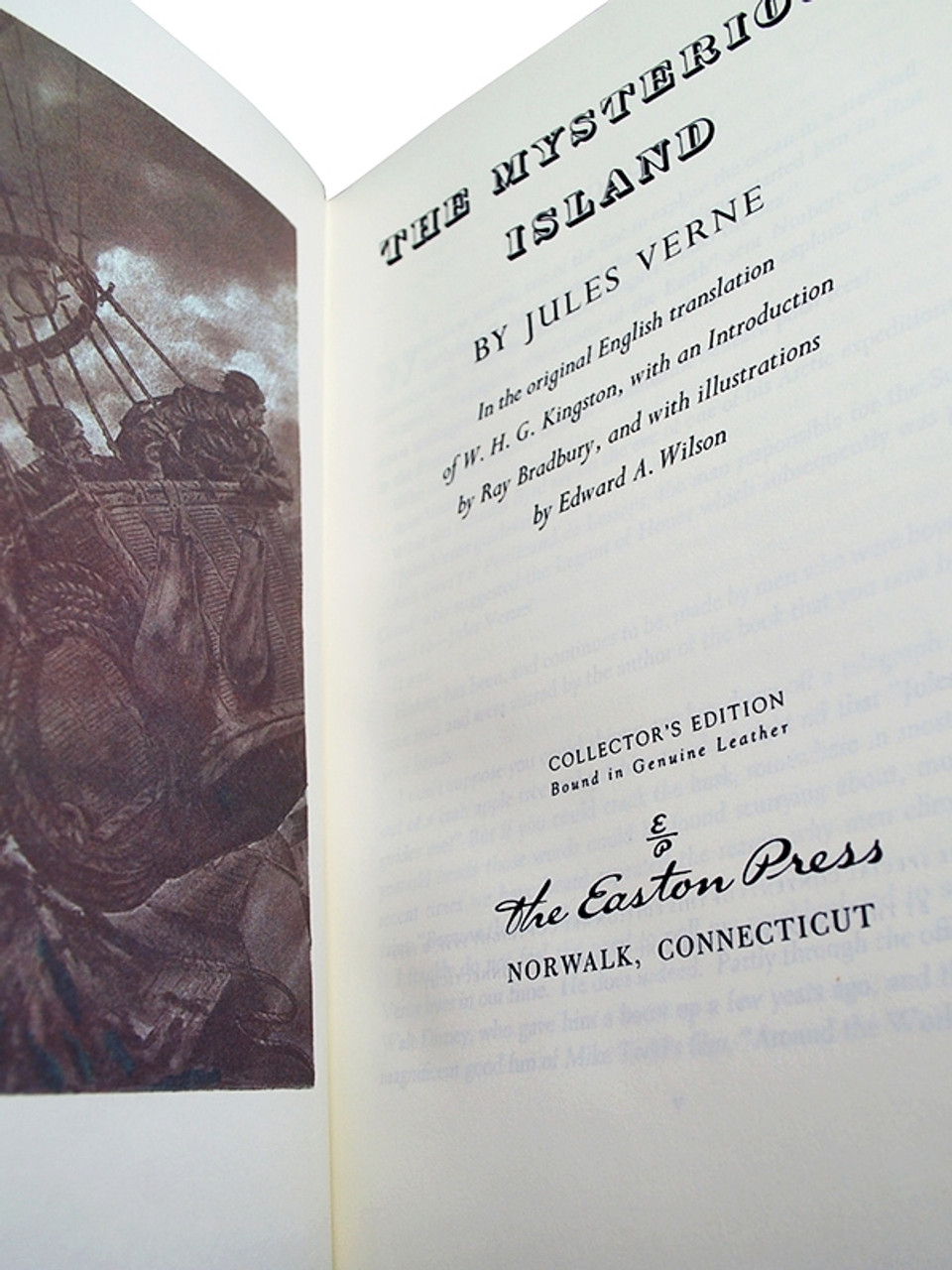 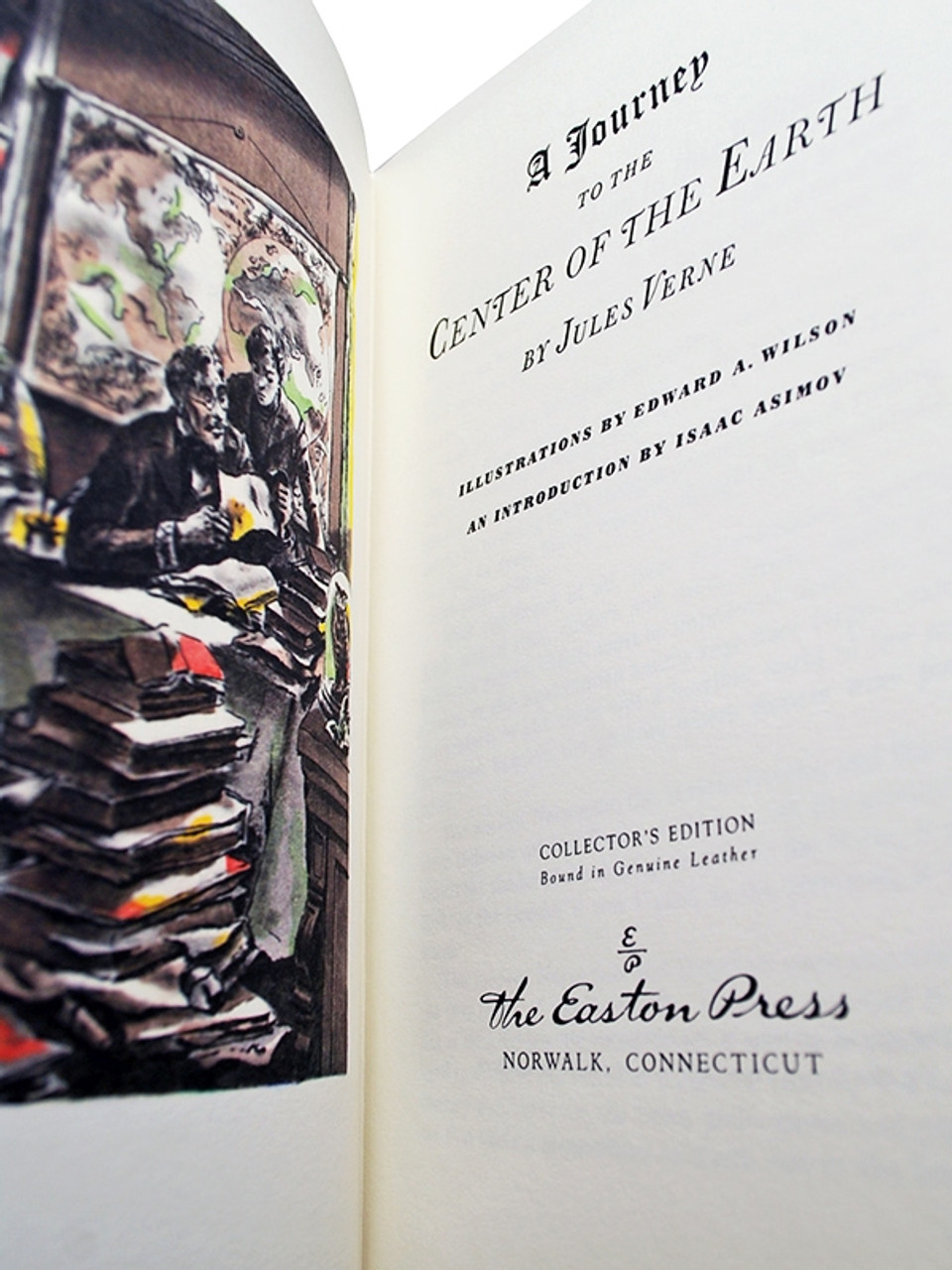 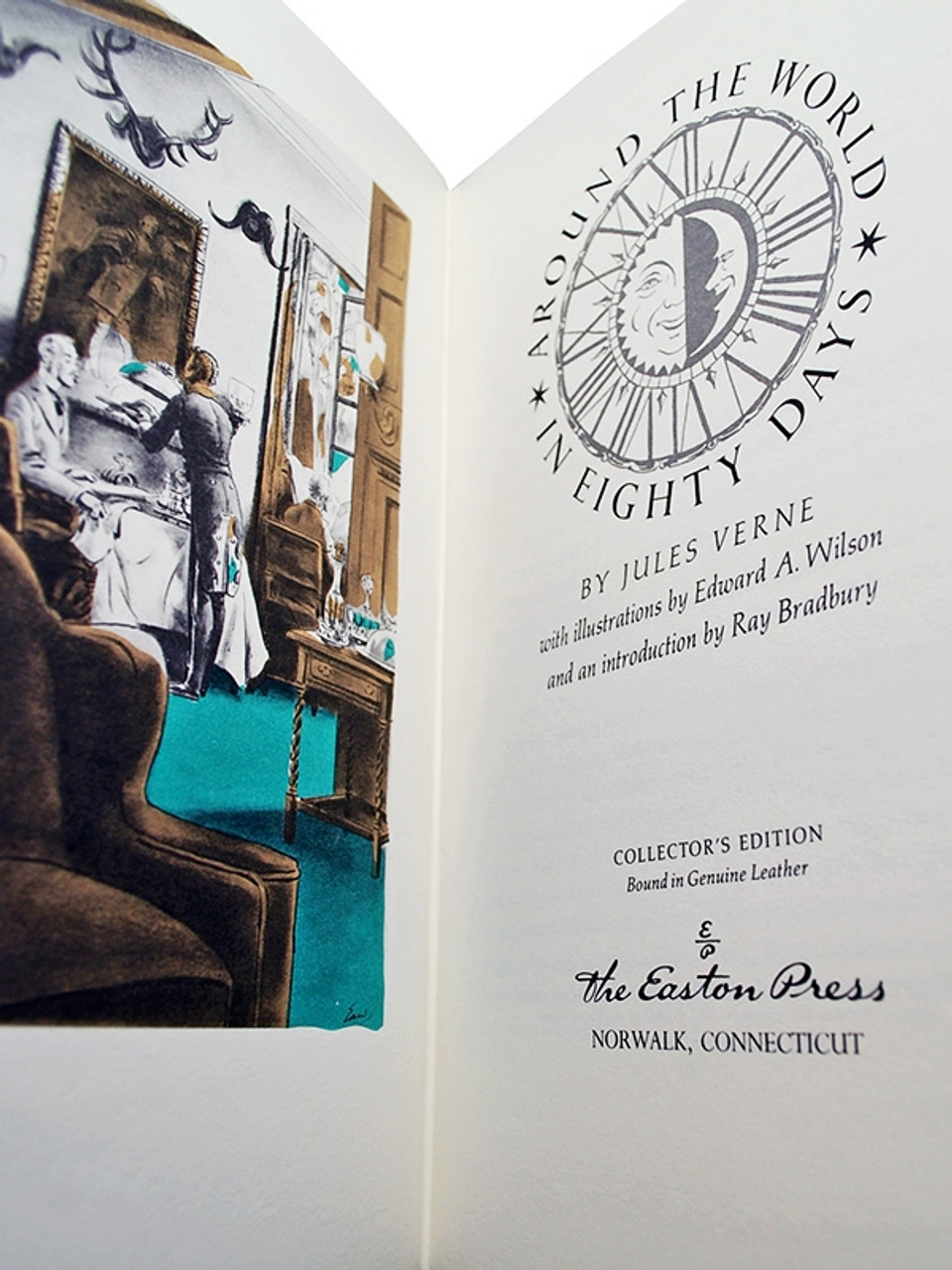 
Jules Gabriel Verne was a French novelist, poet, and playwright best known for his adventure novels and his profound influence on the literary genre of science fiction.

Easton Press, Norwalk CT. The Jules Verne Collection. Limited Edition. A Leather Bound Collector's Set of 3 matching volumes. A great unique gift for yourself or for a loved one. Beautifully illustrated and bound in full genuine leather. One of the most celebrated works of literature by a historical science fiction writer. Includes the three Jules Verne classic novels:

Born to bourgeois parents in the seaport of Nantes, Verne was trained to follow in his father's footsteps as a lawyer, but quit the profession early in life to write for magazines and the stage. His collaboration with the publisher Pierre-Jules Hetzel led to the creation of the Voyages Extraordinaires, a widely popular series of scrupulously researched adventure novels including Journey to the Center of the Earth, Twenty Thousand Leagues Under the Sea, and Around the World in Eighty Days.

Verne is generally considered a major literary author in France and most of Europe, where he has had a wide influence on the literary avant-garde and on surrealism. His reputation is markedly different in Anglophone regions, where he has often been labeled a writer of genre fiction or children's books, not least because of the highly abridged and altered translations in which his novels are often reprinted. Verne is the second most-translated author in the world since 1979, between the English-language writers Agatha Christie and William Shakespeare, and probably was the most-translated during the 1960s and 1970s. He is one of the authors sometimes called "The Father of Science Fiction", as are H. G. Wells and Hugo Gernsback.


Fine/Fine/Near Fine+. The Mysterious Island has a small mark to the bottom of the gilded page edges. The Fine volumes are wonderful bright clean copies, free of markings, writings, or stamps. No attached bookplates or indication of any removed. Unread books.