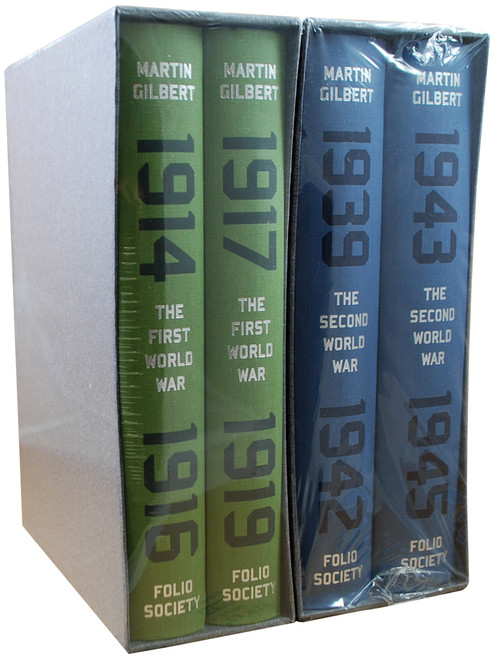 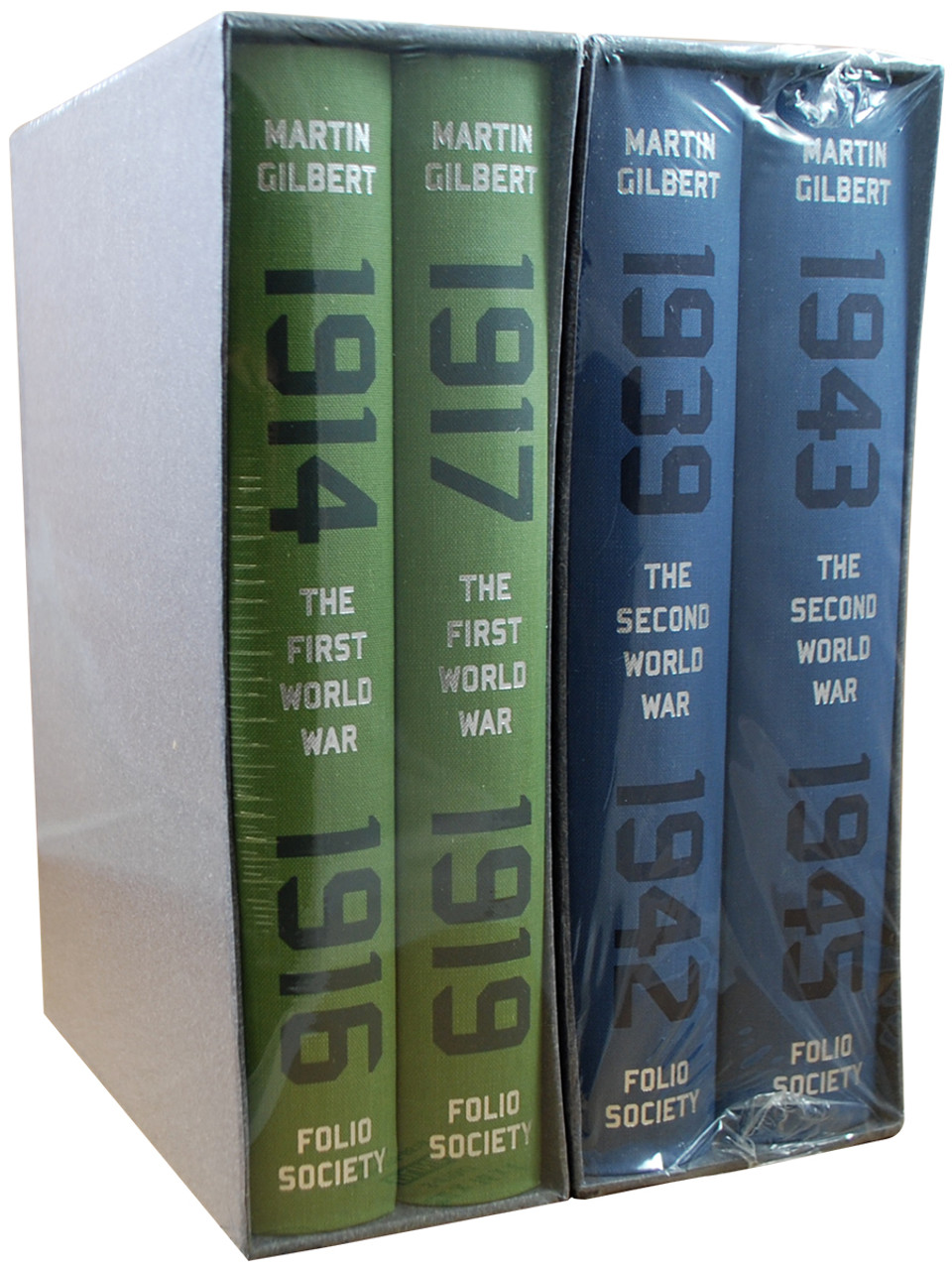 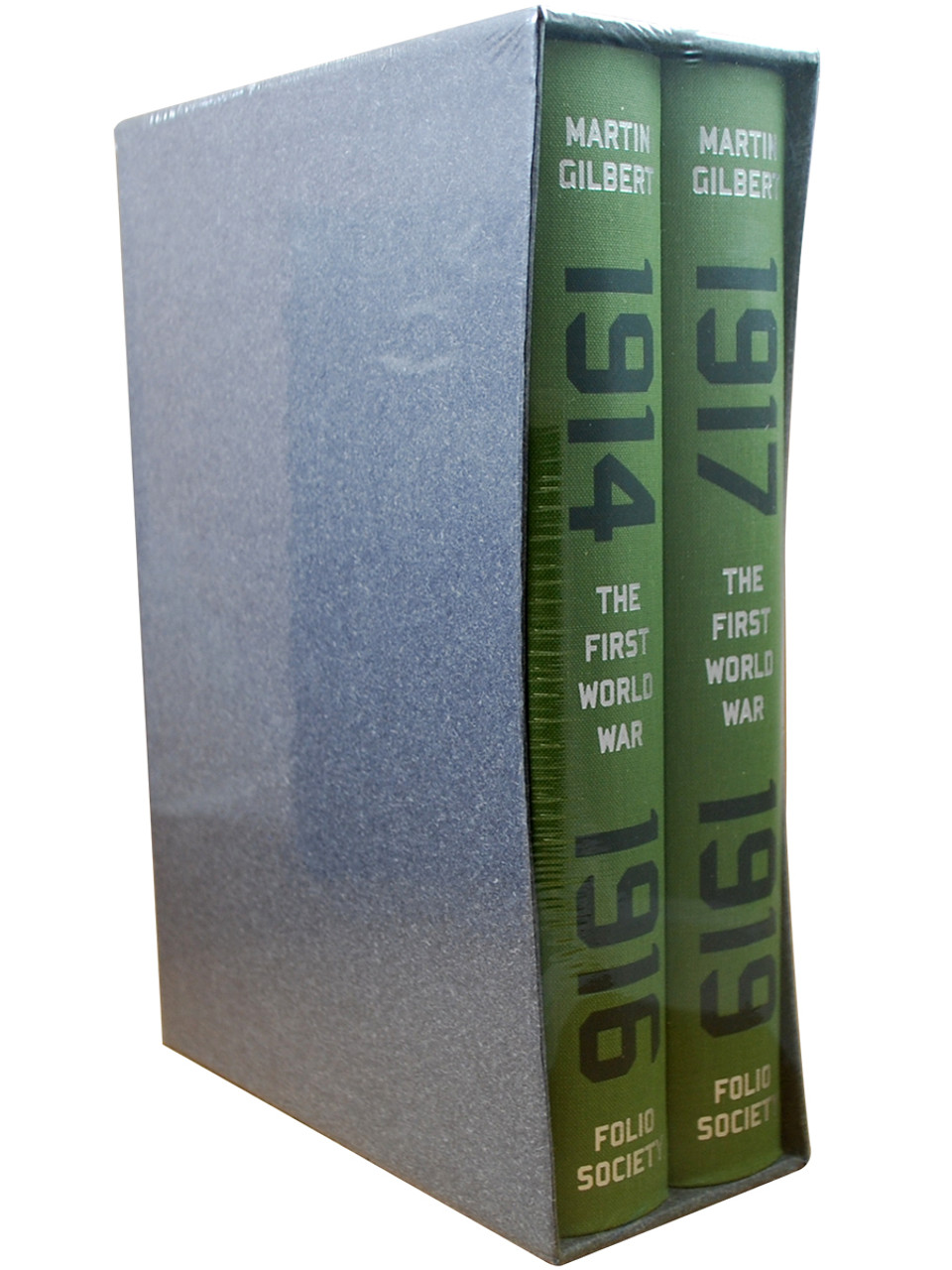 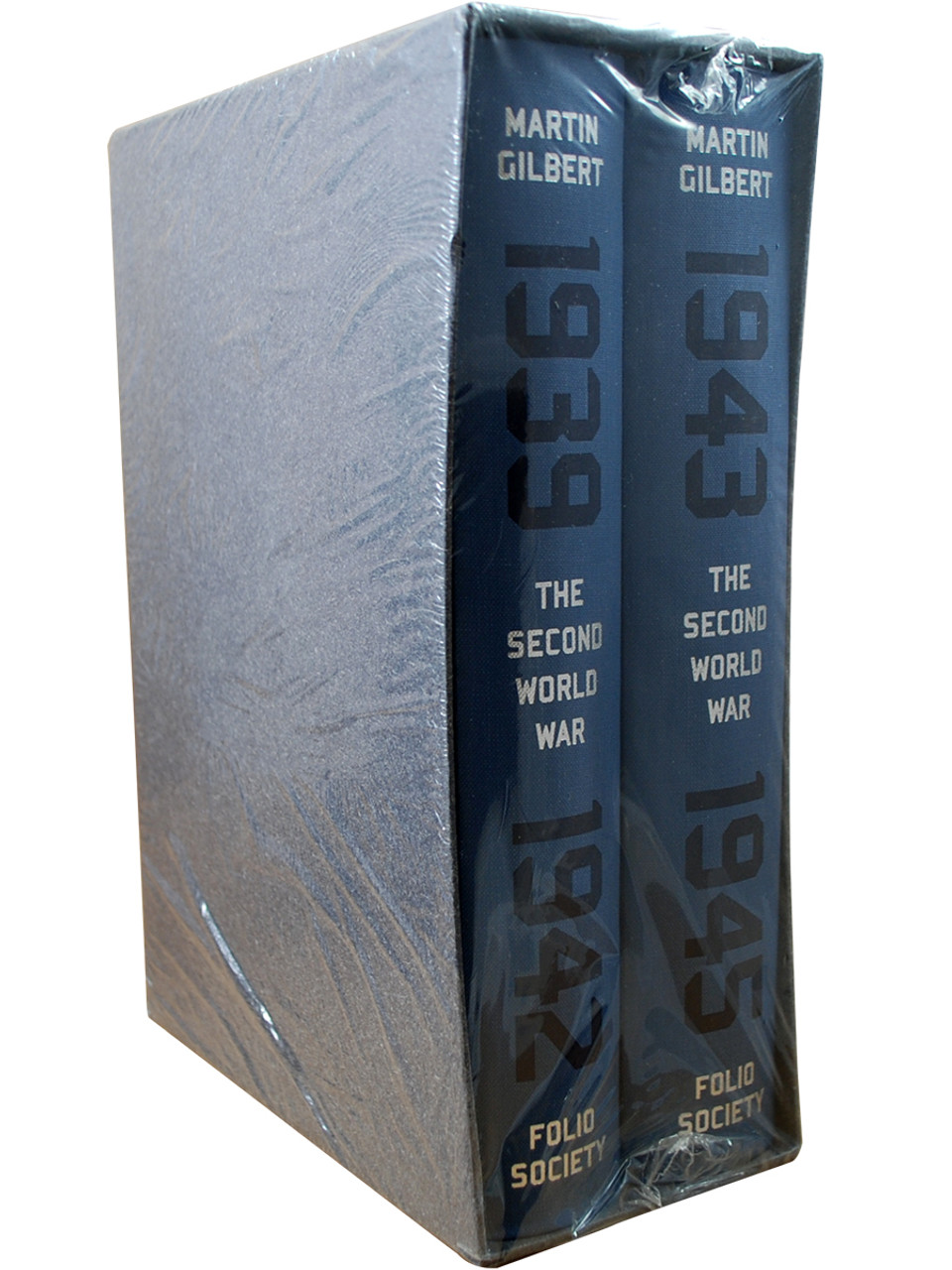 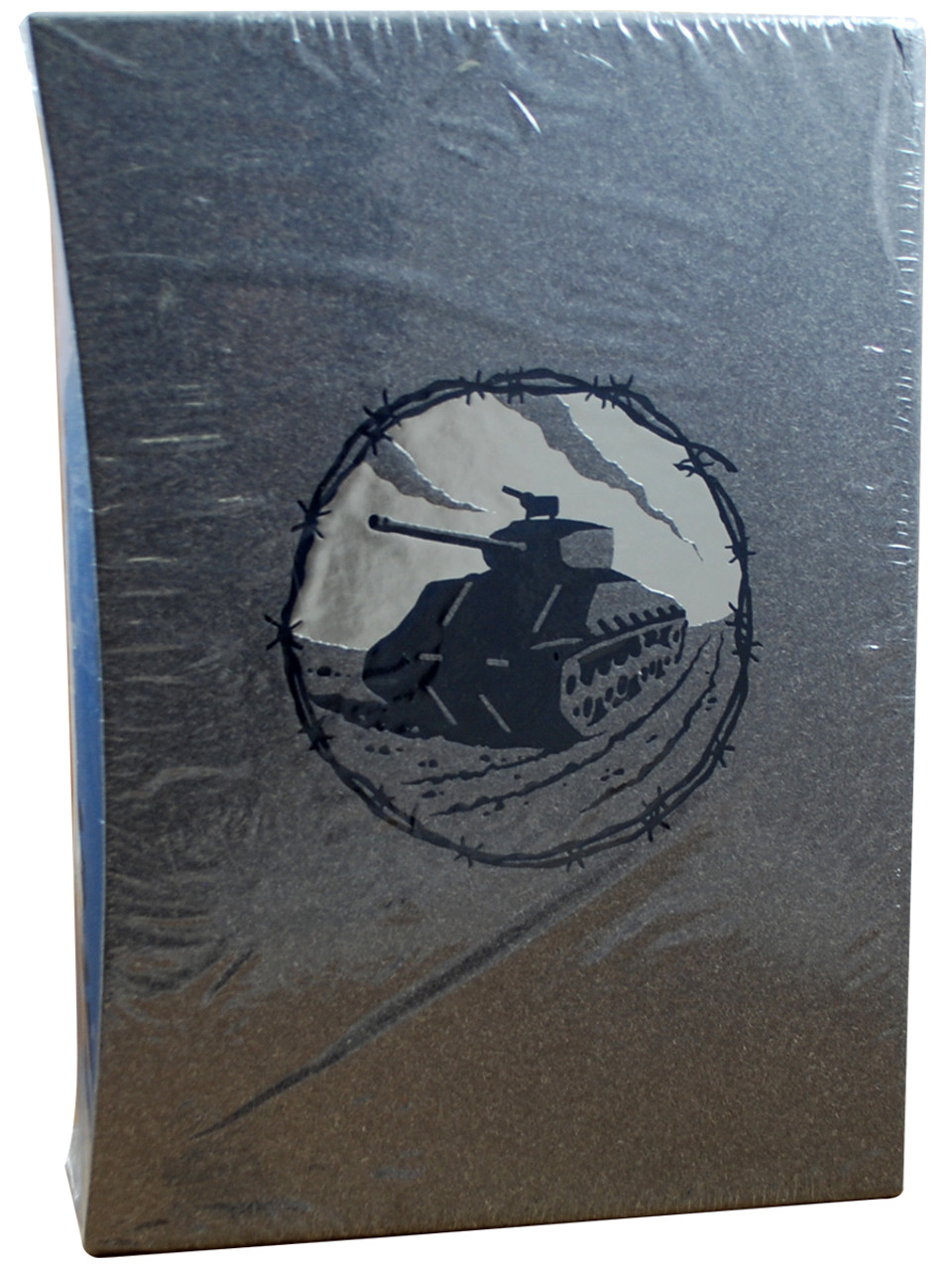 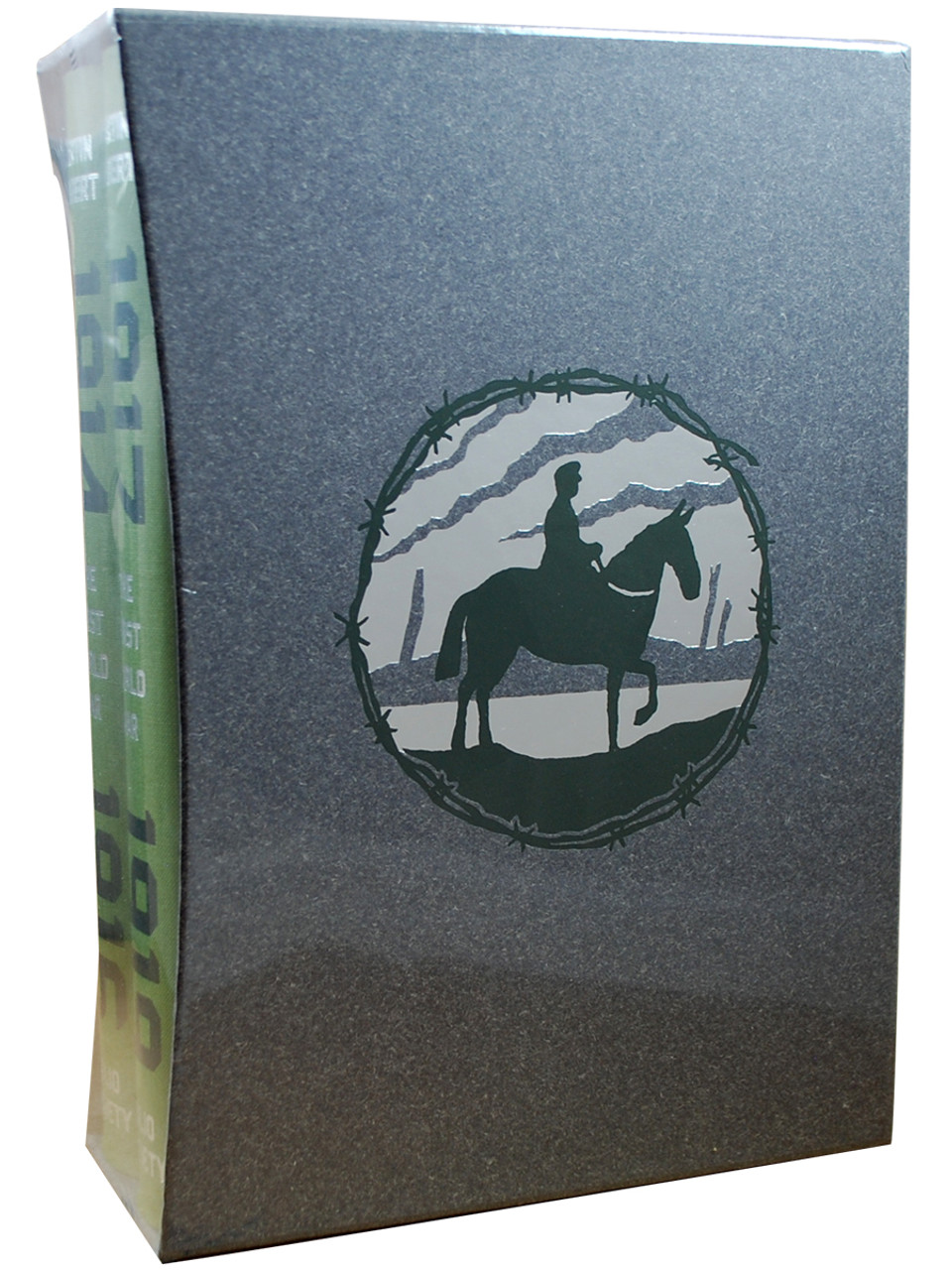 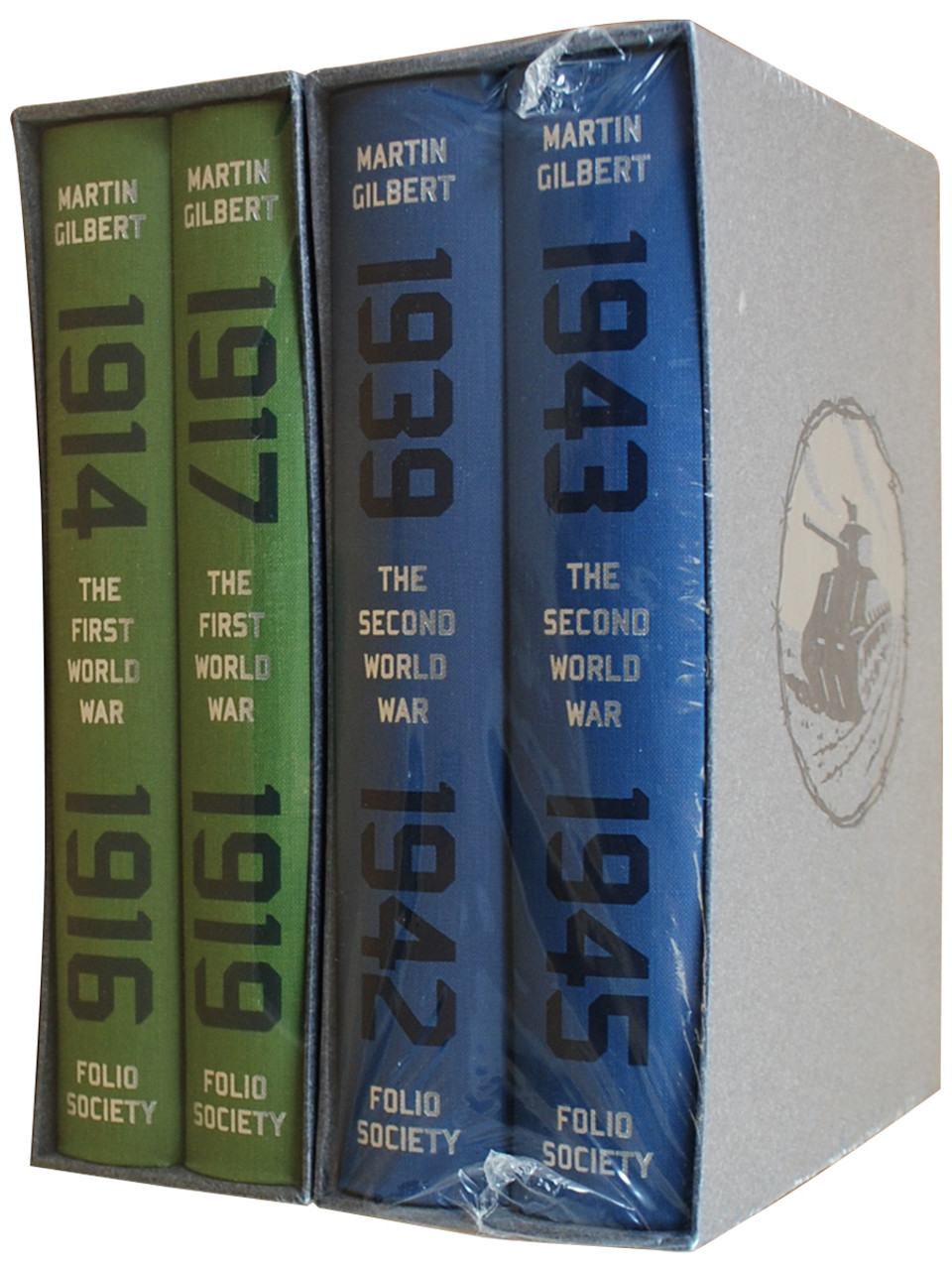 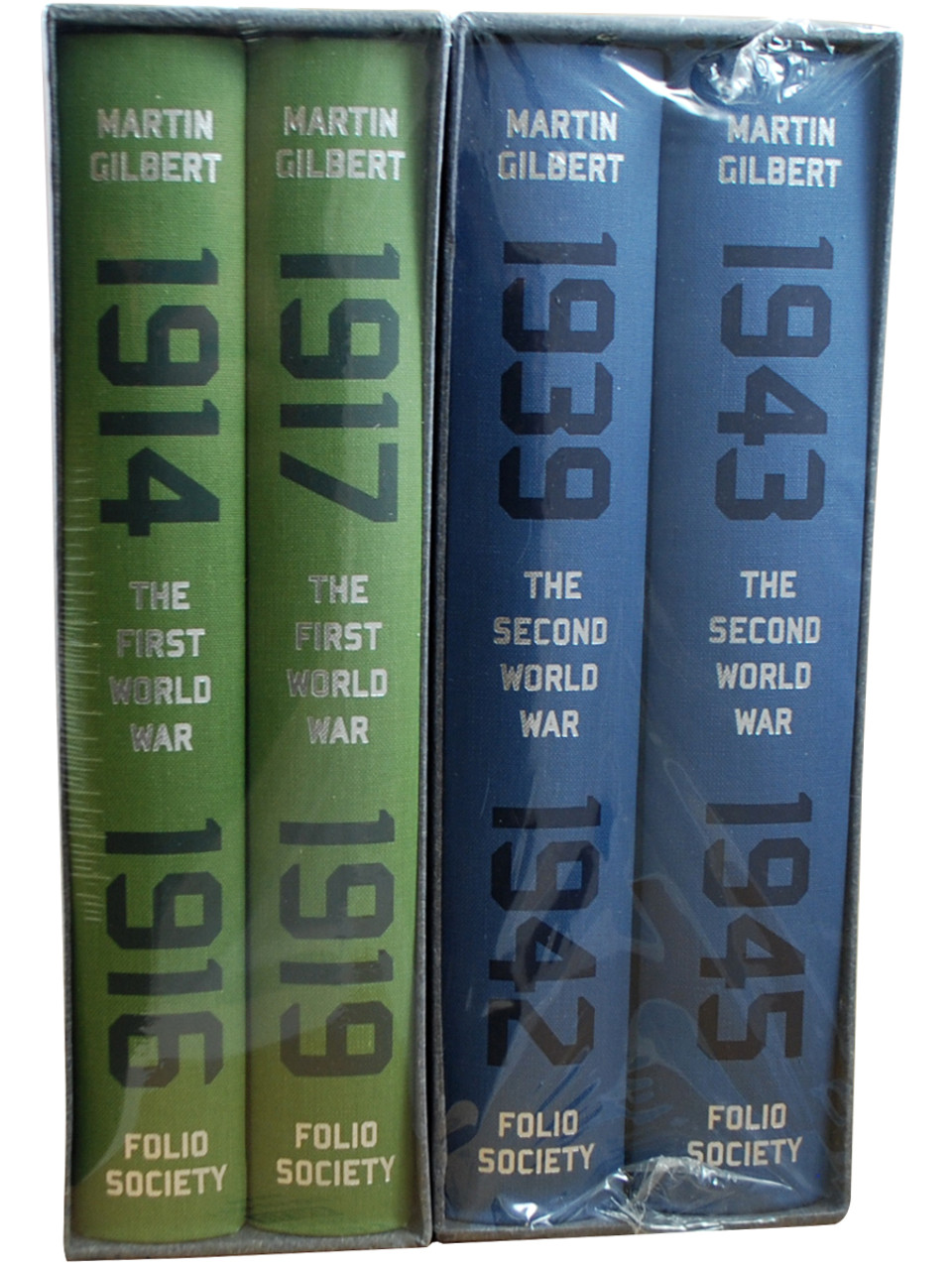 Four Volume Set in one shipment:

About The First World War

It was to be the war to end all wars, and it began at 11:15 on the morning of June 28, 1914, in an outpost of the Austro-Hungarian Empire called Sarajevo. It would end officially almost five years later. Unofficially, it has never ended: the horrors we live with today were born in the First World War.

It left millions-civilians and soldiers-maimed or dead. And it left us with new technologies of death: tanks, planes, and submarines; reliable rapid-fire machine guns and field artillery; poison gas and chemical warfare. It introduced us to U-boat packs and strategic bombing, to unrestricted war on civilians and mistreatment of prisoners. Most of all, it changed our world. In its wake, empires toppled, monarchies fell, whole populations lost their national identities as political systems, and geographic boundaries were realigned. Instabilities were institutionalized, enmities enshrined. And the social order shifted seismically. Manners, mores, codes of behavior; literature and the arts; education and class distinctions-all underwent a vast sea change. And in all these ways, the twentieth century can be said to have been born on the morning of June 28, 1914.

"One of the first books that anyone should read in beginning to try to understand this war and this century." -The New York Times Book Review (cover)

About The Second World War

It began with the German invasion of Poland on September 1, 1939. By the time it came to an end on V-J Day--August 14, 1945--it had involved every major power and become global in its reach. In the final accounting, it would turn out to be, in both human terms and material resources, the costliest war in history, taking the lives of forty million people. In this complete one-volume account of the war, Gilbert weaves together political, military, diplomatic, and civilian elements to provide a global perspective on the war, creating a work that is both a treasure trove of information and a dramatic narrative.

Sir Martin John Gilbert CBE FRSL (25 October 1936 – 3 February 2015) was a British historian and honorary Fellow of Merton College, Oxford. He was the author of eighty-eight books, including works on Winston Churchill, the 20th century, and Jewish history including the Holocaust. He was a member of the Chilcot Inquiry into Britain's role in the Iraq War.

Sir Martin Gilbert CBE is the official biographer of Winston Churchill and a leading historian on the Twentieth Century, who, in his 88 books has shown there is such a thing as "true history".

Apart from the seven Churchill Biographies, accompanied by seventeen Churchill documents, a lifetimes work; his other major works includes Churchill a Life,The First World War, The Second World War,The Holocaust,Israel A History, History of the Twentieth Century and his nine pioneering atlases which harness cartography to history.

Born in London in 1936 to Jewish parents, Peter and Miriam Gilbert whose own parents came as refugees from Czarist Russia, he was sent with his parents to Cornwall in 1939 when the Second World War broke out. In the spring of 1940, Martin was evacuated with thousands of children to safety in Canada and returned from Toronto after four years in 1944 as a seven year old boy with his parents and baby sister. They were later evacuated, to Wales, where they were when the war ended. He attended Highgate School for ten years from 1945 to 1955.From 1955 to 1957, Martin did his National Service and in 1957, received a Demyship to Magdalen College, Oxford, graduating in 1960 with first-class honours in modern history.

Two years were spent as a Research Scholar at St Antony's College, Oxford where Gilbert was approached by Randolph Churchill to assist his work on a biography of his father, Sir Winston Churchill. That same year, 1962, Gilbert was made a Fellow of Merton College, Oxford, and he spent the next few years combining his own research projects in Oxford with being part of Randolph's research team in Suffolk, working on the first two volumes of the Churchill biography. When Randolph died in 1968, Gilbert was commissioned to take over the task, completing the remaining six main volumes of the biography.

In 1995, he was awarded a Knighthood "for services to British history and international relations and in 1999 Merton, Oxford, awarded Sir Martin Gilbert a DLitt, " for the totality of his published work."

Researching and exploring, lecturing and teaching, Sir Martin had many travels to major cities throughout the United States and Canada. His travels through Europe included lectures in Lisbon, Cracow, Skopje, Kaunas, Prague, Geneva, and Paris, among others. In each place he visited old friends, made new ones, and was constantly making notes of personal experiences or eye-witness accounts he could weave into his books.

"I returned from New York to Liverpool by ship in April 1944. Since then, having been a mini-part of history, I have never stopped travelling in search of history."

VERY FINE GUARANTEED. Sealed. Each book is a wonderful bright clean copy free of any markings, writings, or stamps. Sharp corners that are not bumped. Tight and square spine. Unread book. No attached bookplates or indication of any removed. The slipcase of The Second World War has one corner that is mildly bumped.