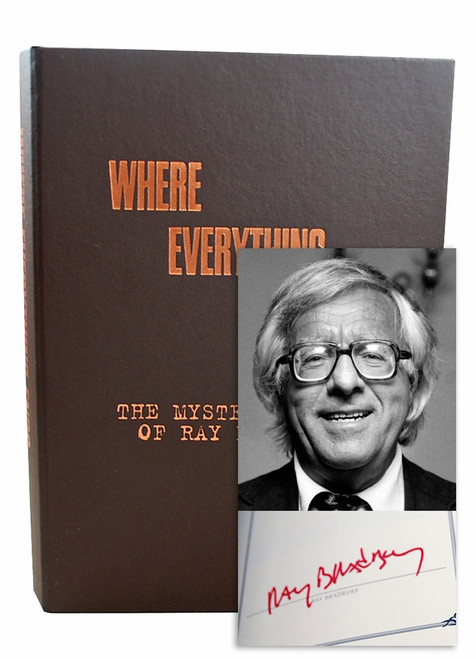 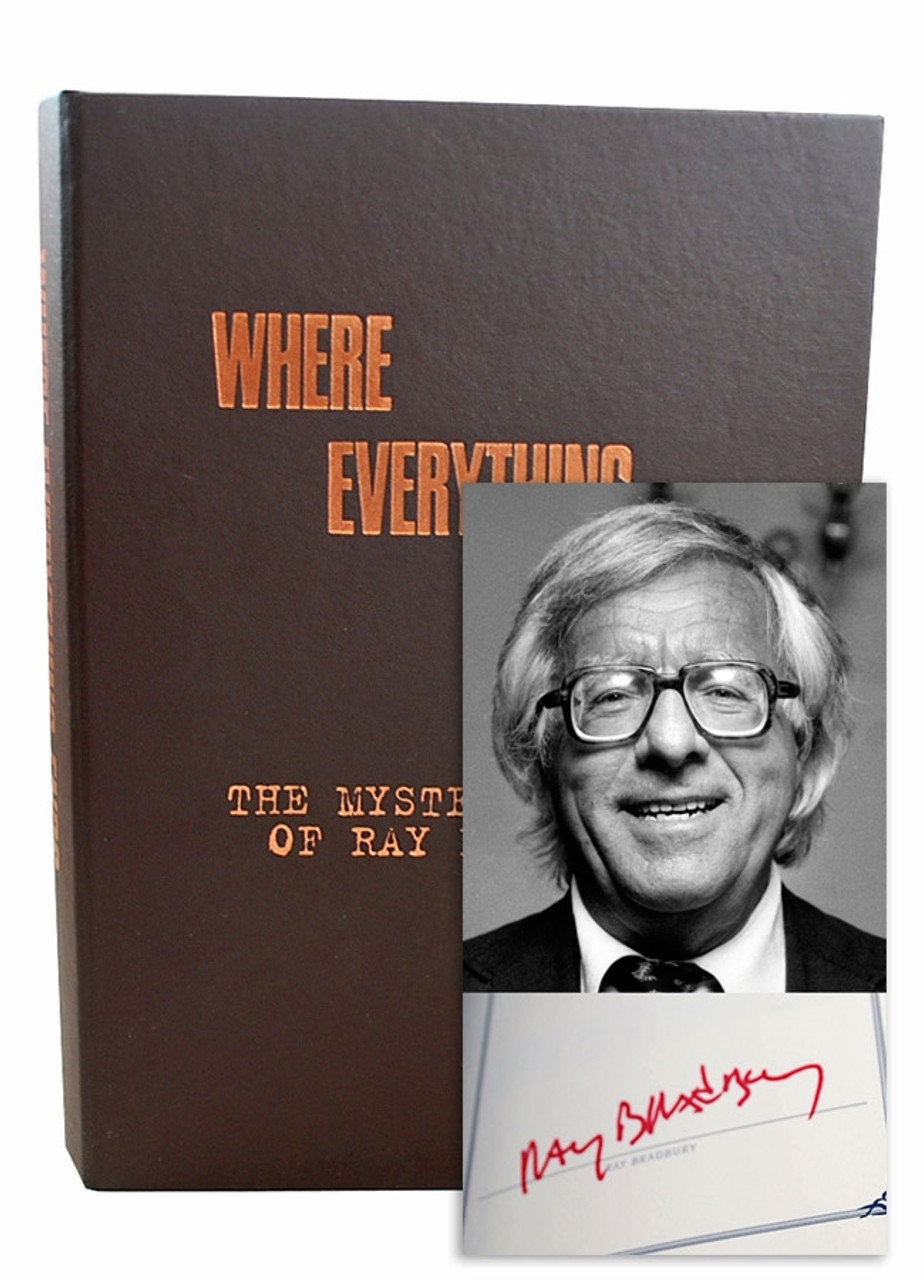 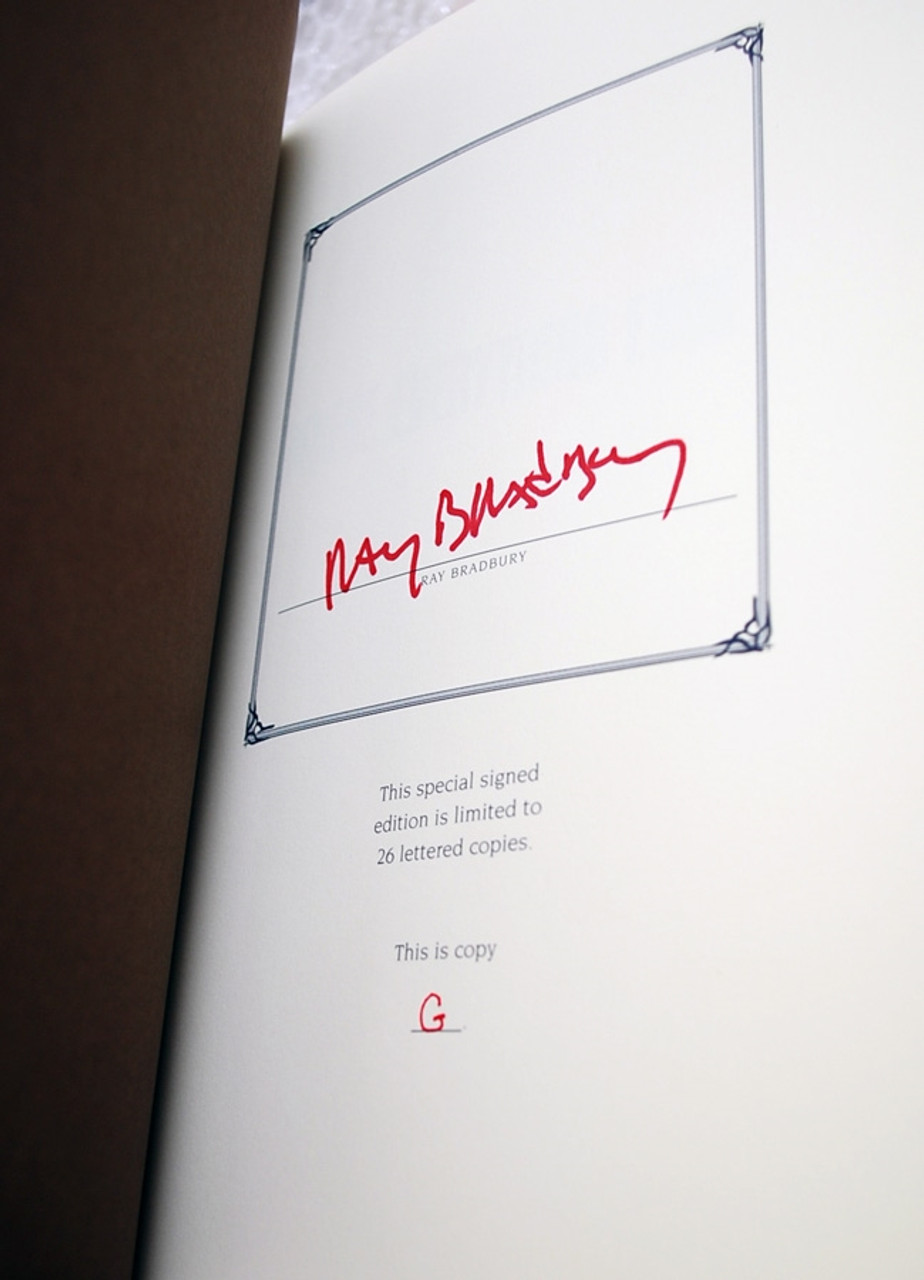 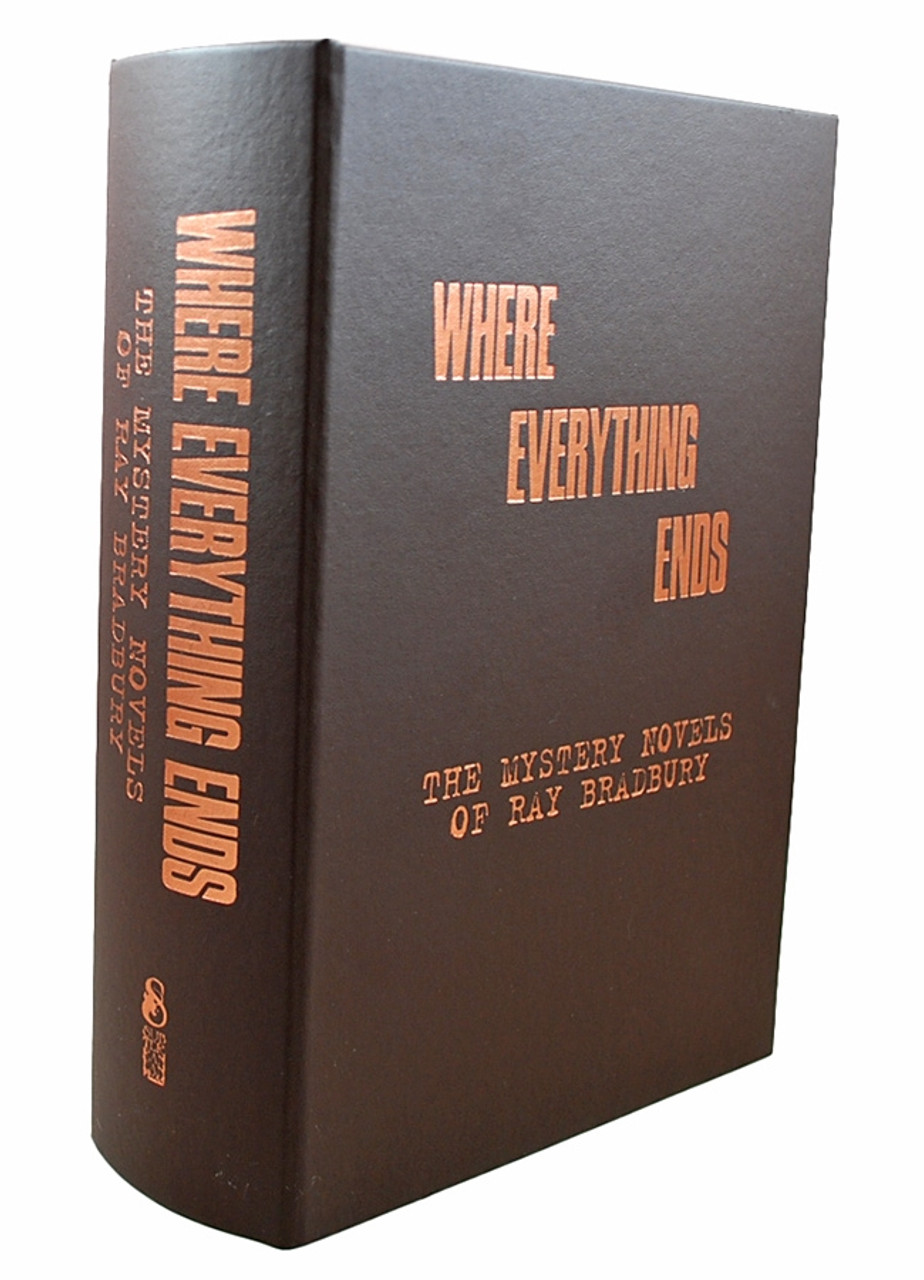 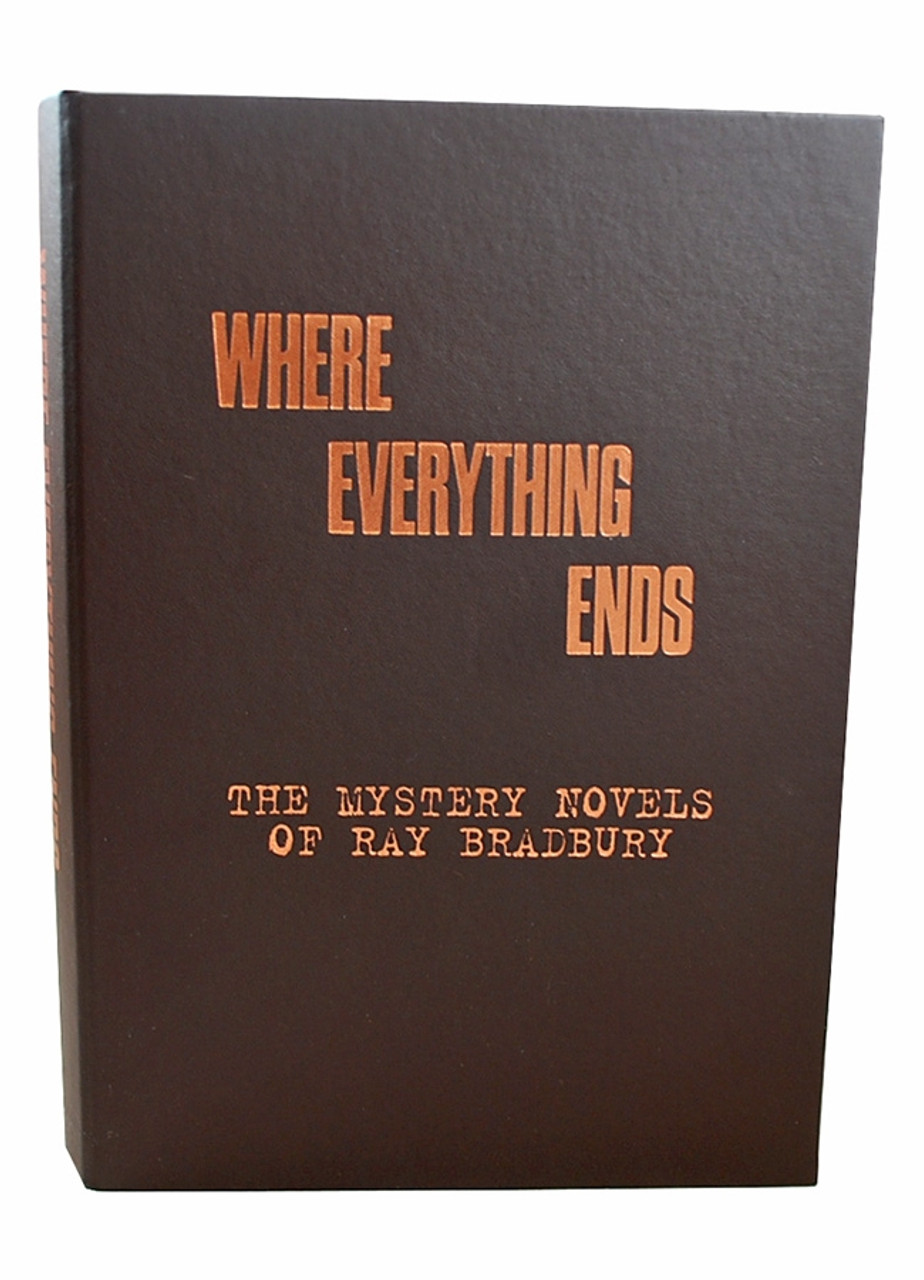 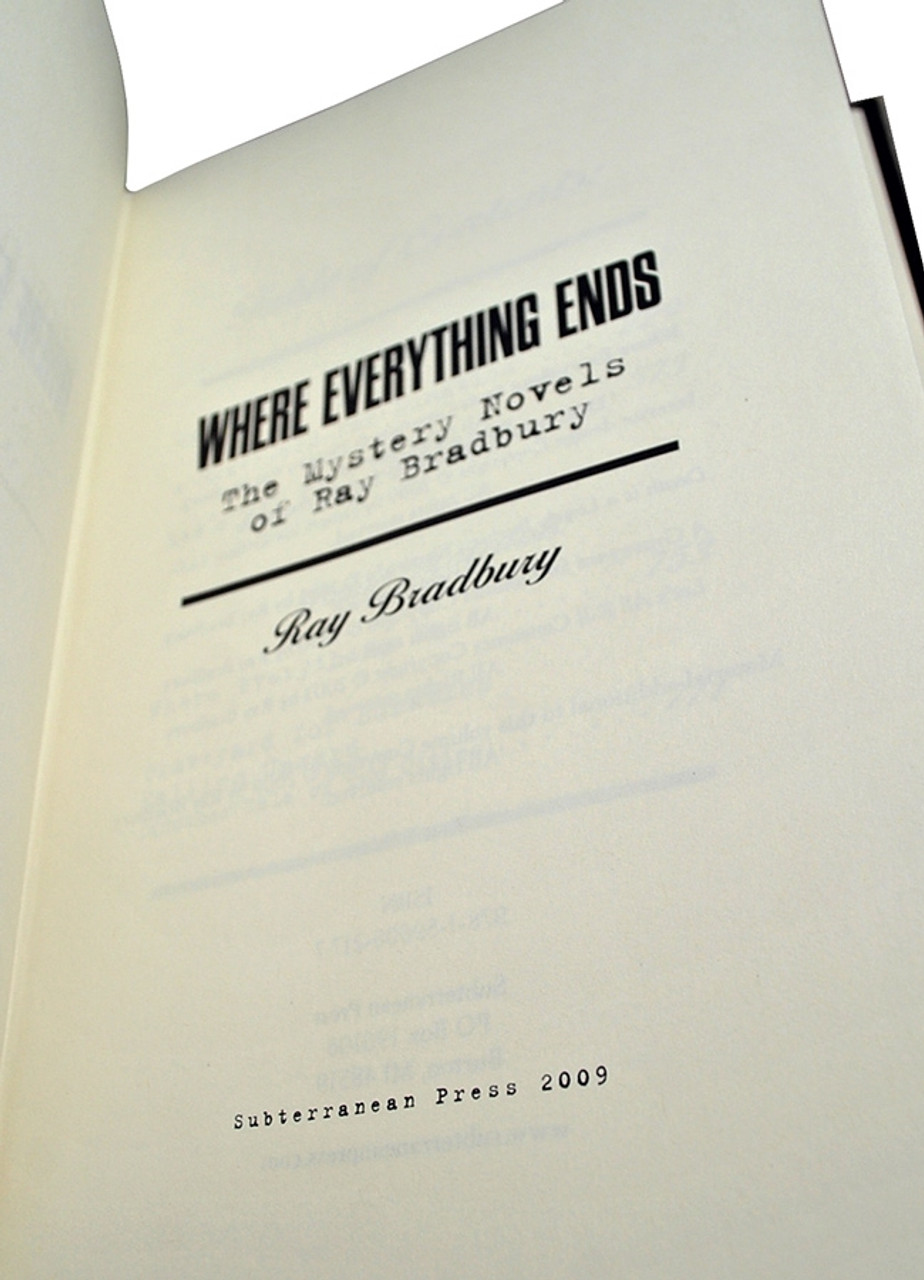 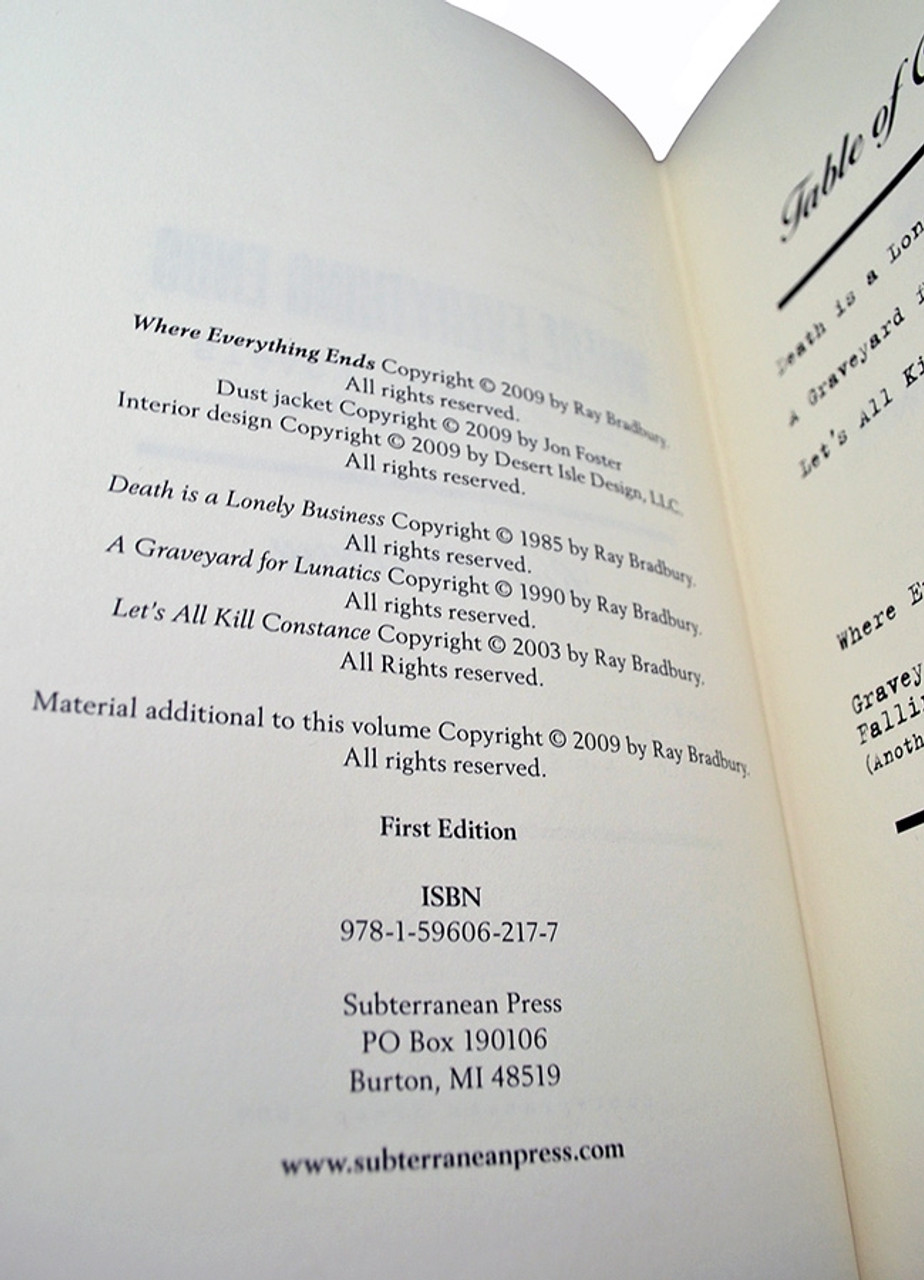 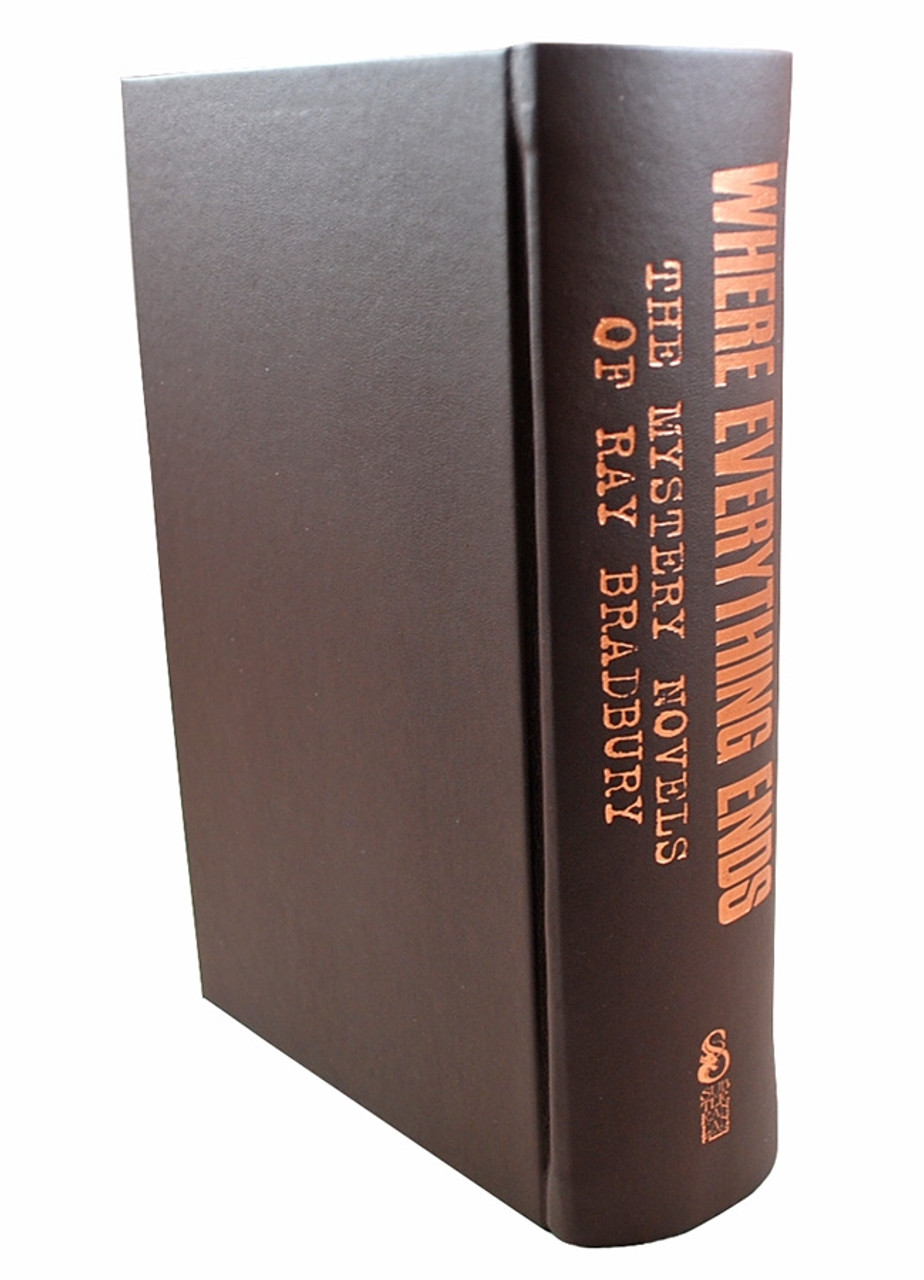 This is Lettered "G", bound in a premium cloth and housed in a matching tray-case.

In 1949, a struggling writer - a man very much like the young Ray Bradbury - boards a late night trolley in Venice, California and hears a disembodied voice murmur the words: "Death is a lonely business." Shortly afterward, that same young man discovers a body trapped in a cage beneath the waters of the local canal. Convinced of a connection between these events, the narrator/hero - together with a wonderfully characterized detective named Elmo Crumley (named in a nod to noted mystery novelist James Crumley) - begins to investigate a series of suspicious deaths among the disenfranchised population of Venice. 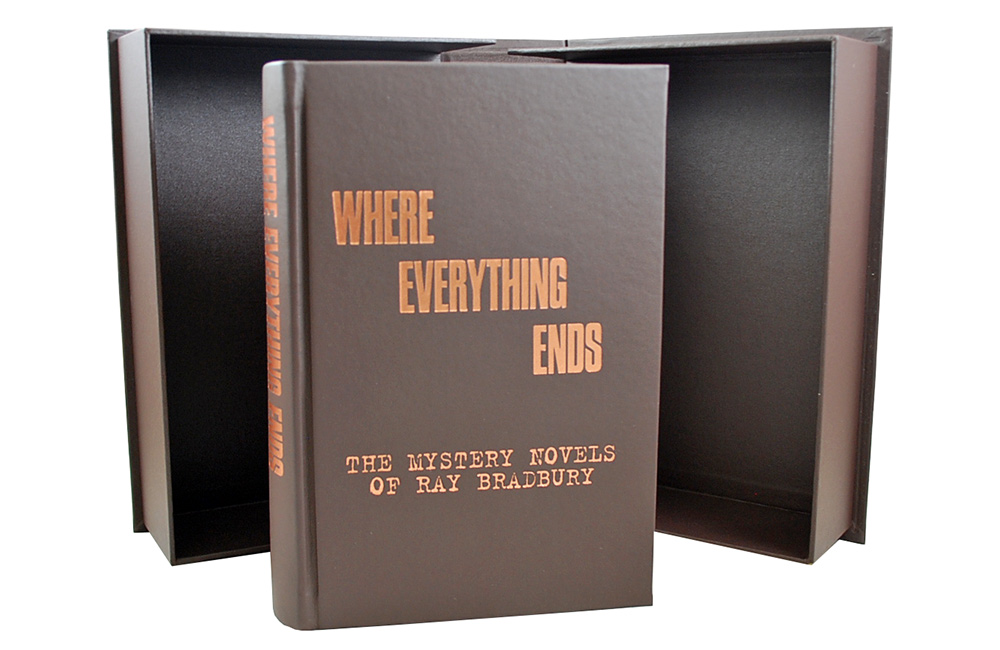 Death is a Lonely Business was Ray Bradbury's first book-length foray into classical detective fiction. Two others followed: A Graveyard for Lunatics, in which Crumley and our hero (now a gainfully employed scriptwriter) join forces with special effects wizard Ray Harryhausen, and Let's All Kill Constance, a tale of mystery and suspense set against the faded backdrop of Hollywood's Golden Age. All three, together with "Where Everything Ends," the never-before-published title story that preceded and inspired them, are now gathered together in a single generous volume that should prove indispensable to Bradbury's large and loyal readership.

Freely acknowledging the influence of the genre's masters (Hammett, Chandler, MacDonald, and Cain), all of these stories successfully transcend those influences, filtering them through their author's wholly unique sensibility. The result is a powerfully nostalgic evocation of time and place, and an unforgettable portrait of a writer in love with language, with movies, and with the transformative power of stories themselves. 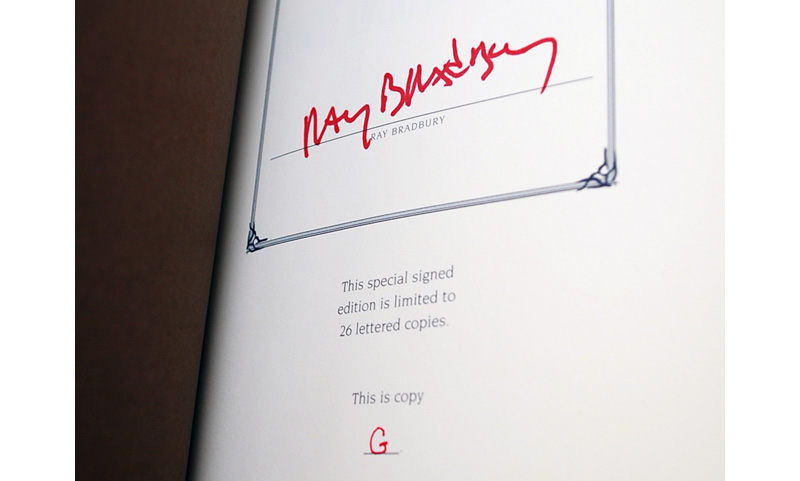 From Publishers Weekly:
"Genre devotees will find contain elements comparable to Cornell Woolrich and Joel Townsley Rogers, are reprinted in this omnibus volume, along with a taut, previously unpublished short story. In the first novel, 1985's Death Is a Lonely Business, which is the strongest, a shadowy killer culls out the lost souls of Venice, Calif., while leaving few traces of foul play."

From Green Man Review:
"Where Everything Ends is a trio of fine detective novels (together with the short story that provided the starting point) from Bradbury in his inimitable style. He plays with the conventions, but since he so obviously loves the genre, this is easily forgiven - embraced, even - because the end results are, simply put, fine additions to the canon. This series is also dear to fans because it is likely the closest thing to an autobiography we will receive from this man who has brought so much joy to so many people for so many years."

Lettered signed limited edition, lettered "U". Bound in a premium cloth and housed in a matching traycase.
VERY FINE GUARANTEED. A wonderful bright clean copy free of any markings, writings, or stamps. Sharp corners that have not been bumped. Unread book with square and tight binding. No bookplates attached or indication of any removed. Edges are free of any marks, spots, scratches, or blemishes.